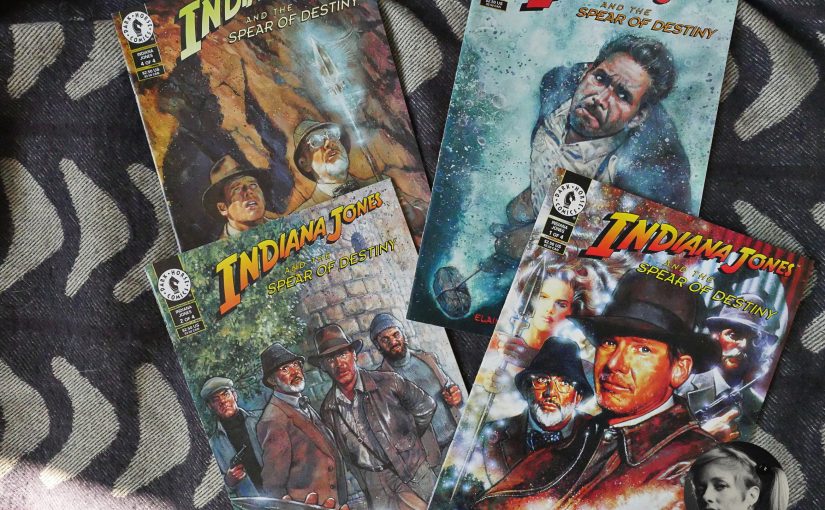 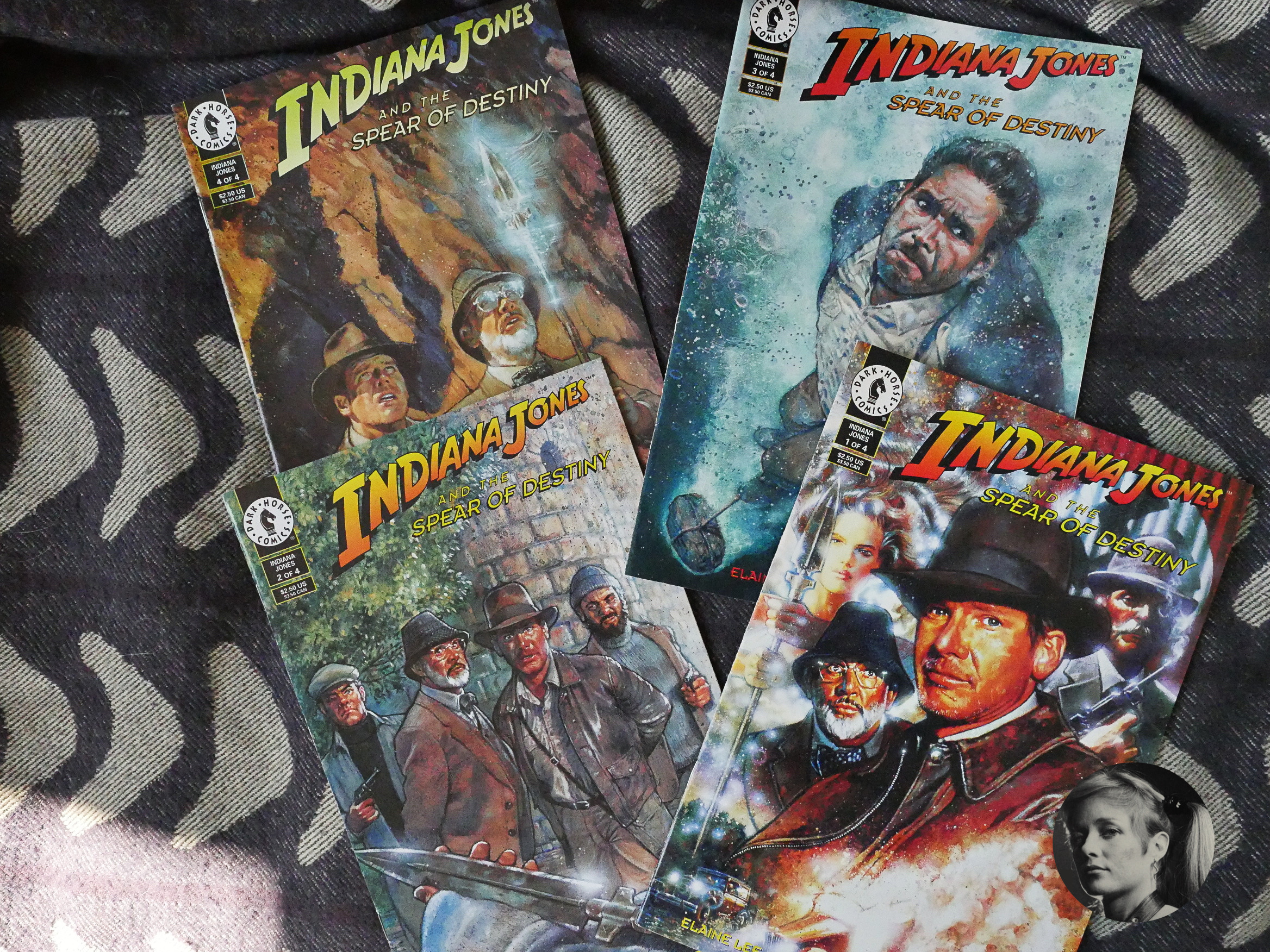 Indiana Jones and the Spear of Destiny #1-4 by Elaine Lee, Dan Spiegle and Will Simpson, published by Dark Horse comics.

(See this for what this blog series is about.) 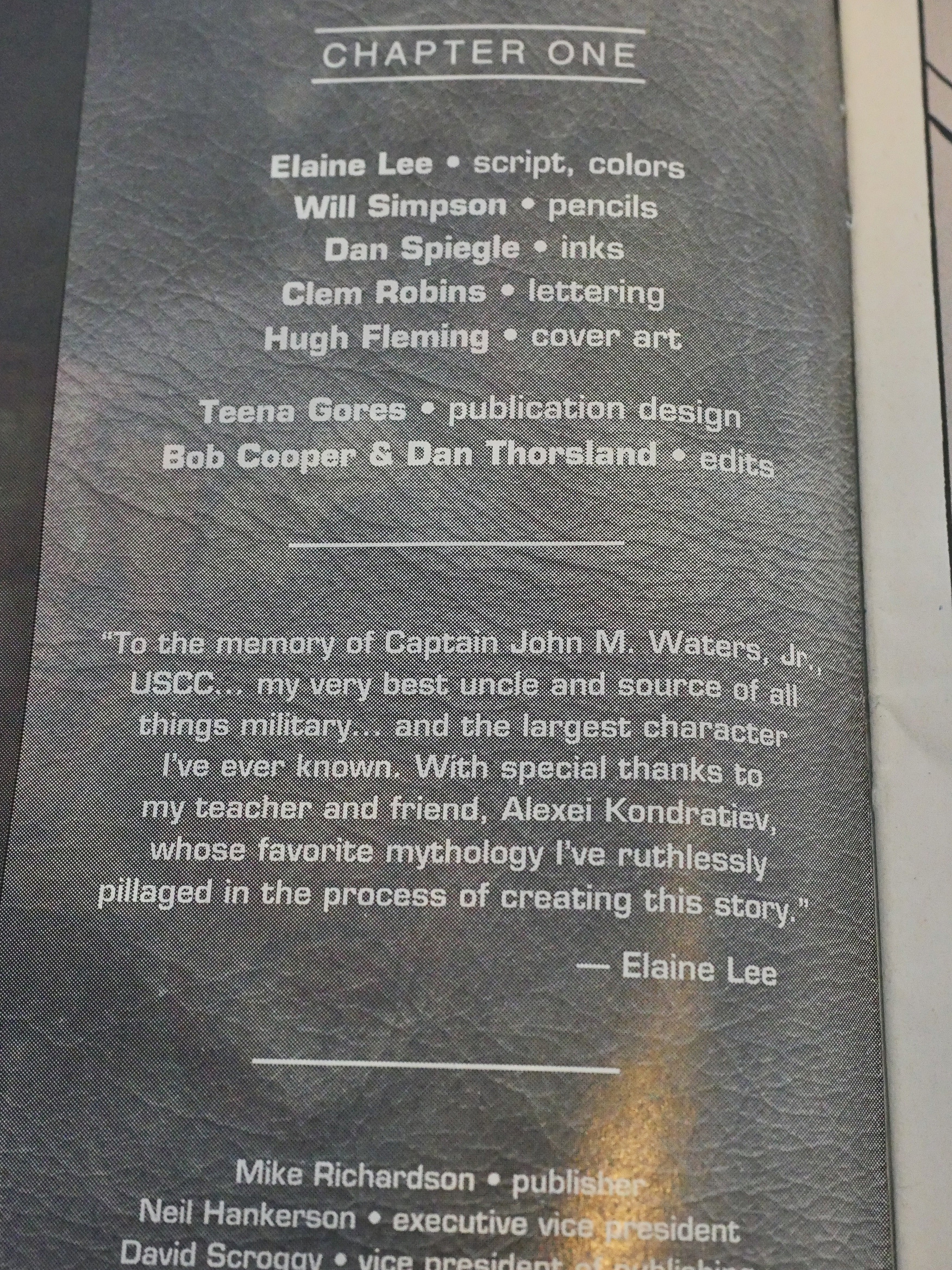 Hm! I assumed that this was an adaptation of one of the movies? Wasn’t one of them called something like “Spear of Destiny”? But it’s not; it’s an original story by Lee. Let’s read the first three pages: 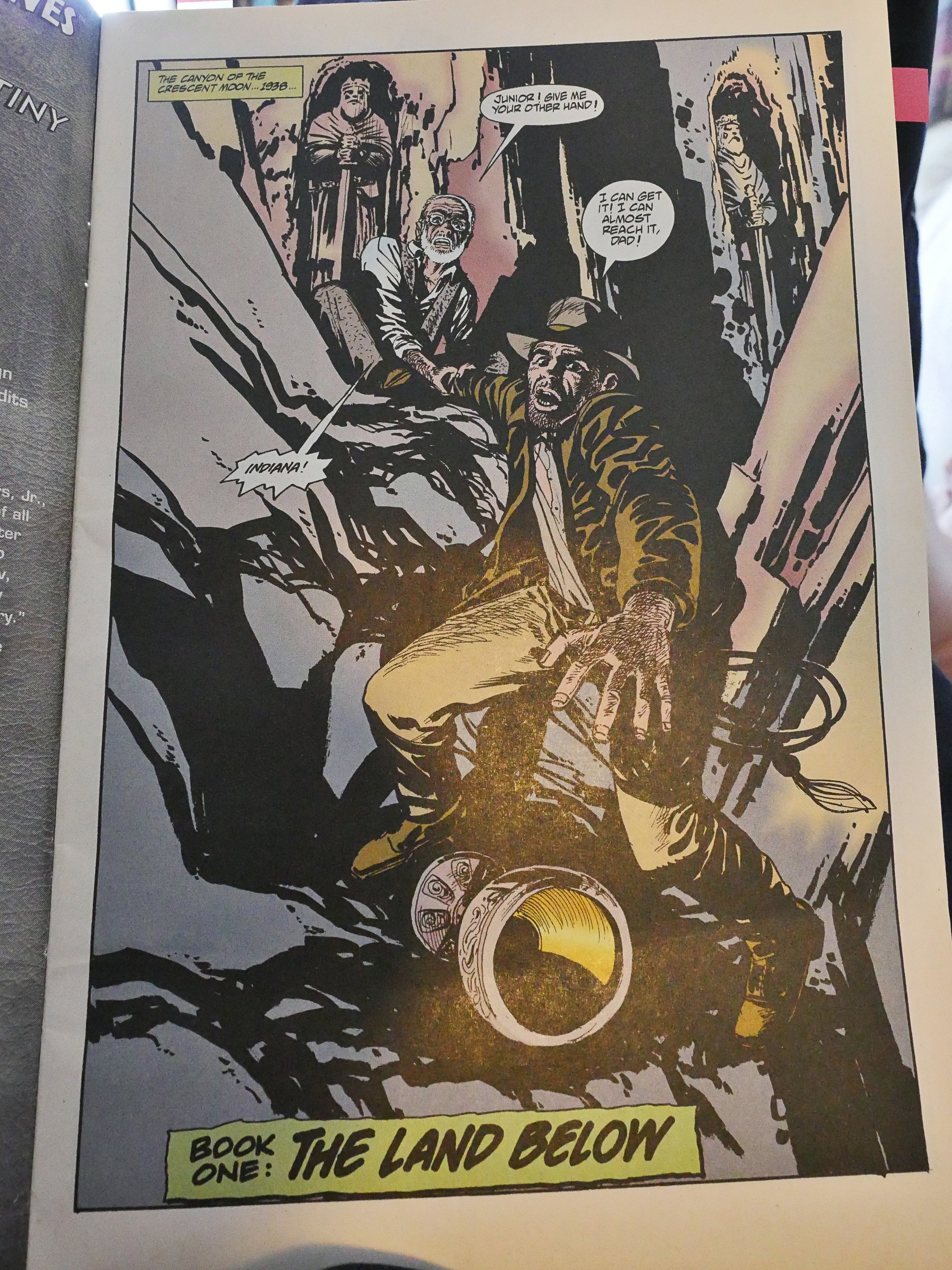 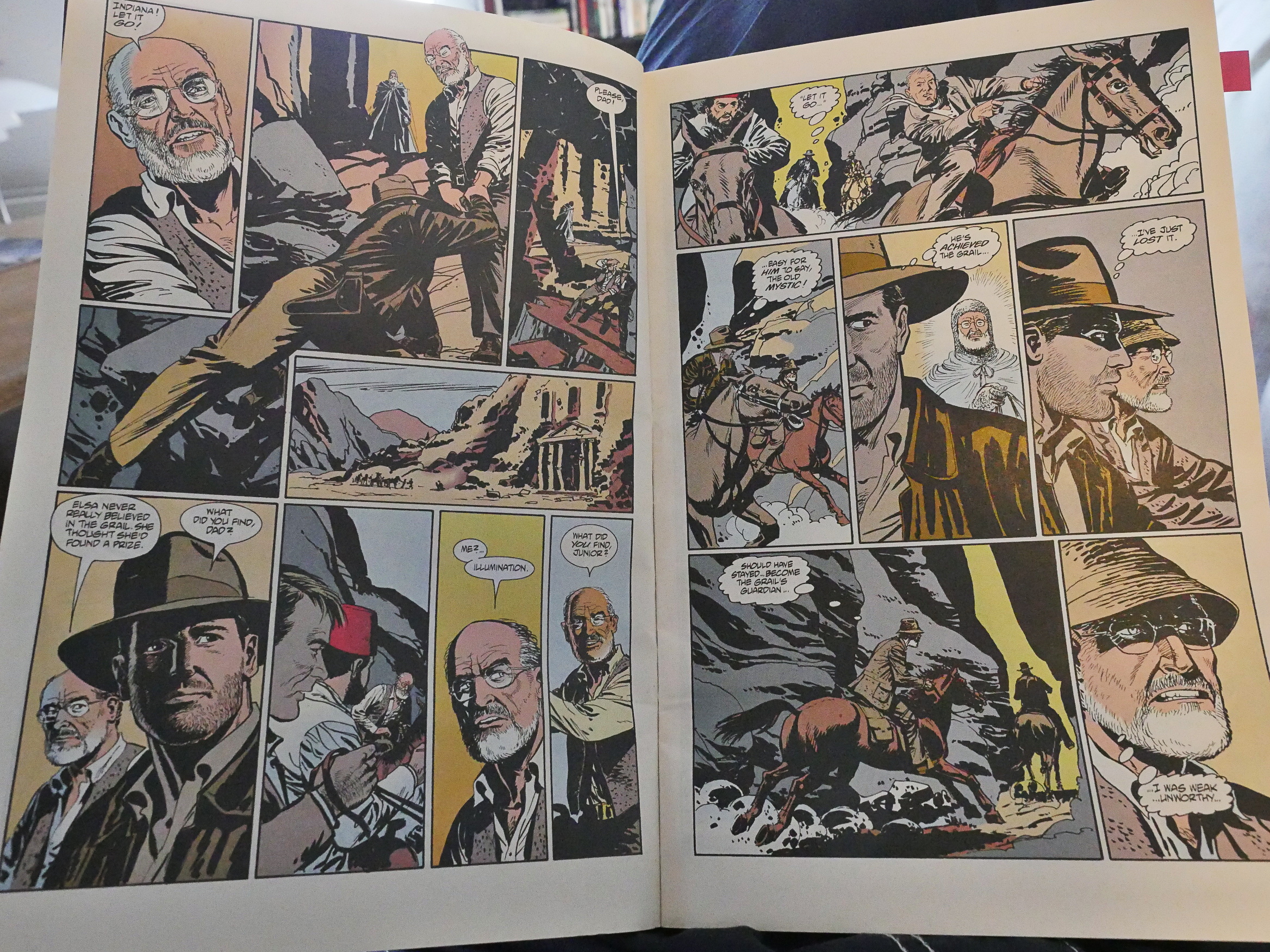 On the first issue, the pencils are by Will Simpson, and they’re kinda staid and traditional, which, I guess, suits a Indiana Jones comic book. But the characters don’t really look a lot like Harrison Ford or Sean Connery. It’s very clear storytelling, anyway, and the story is a classic Harrison Ford thing, only set in Ireland. It deals with yet another Christian relic, though.

The characters have a bunch of dreams and/or visions, which sometimes seem to build up to nothing more than a non sequitur. 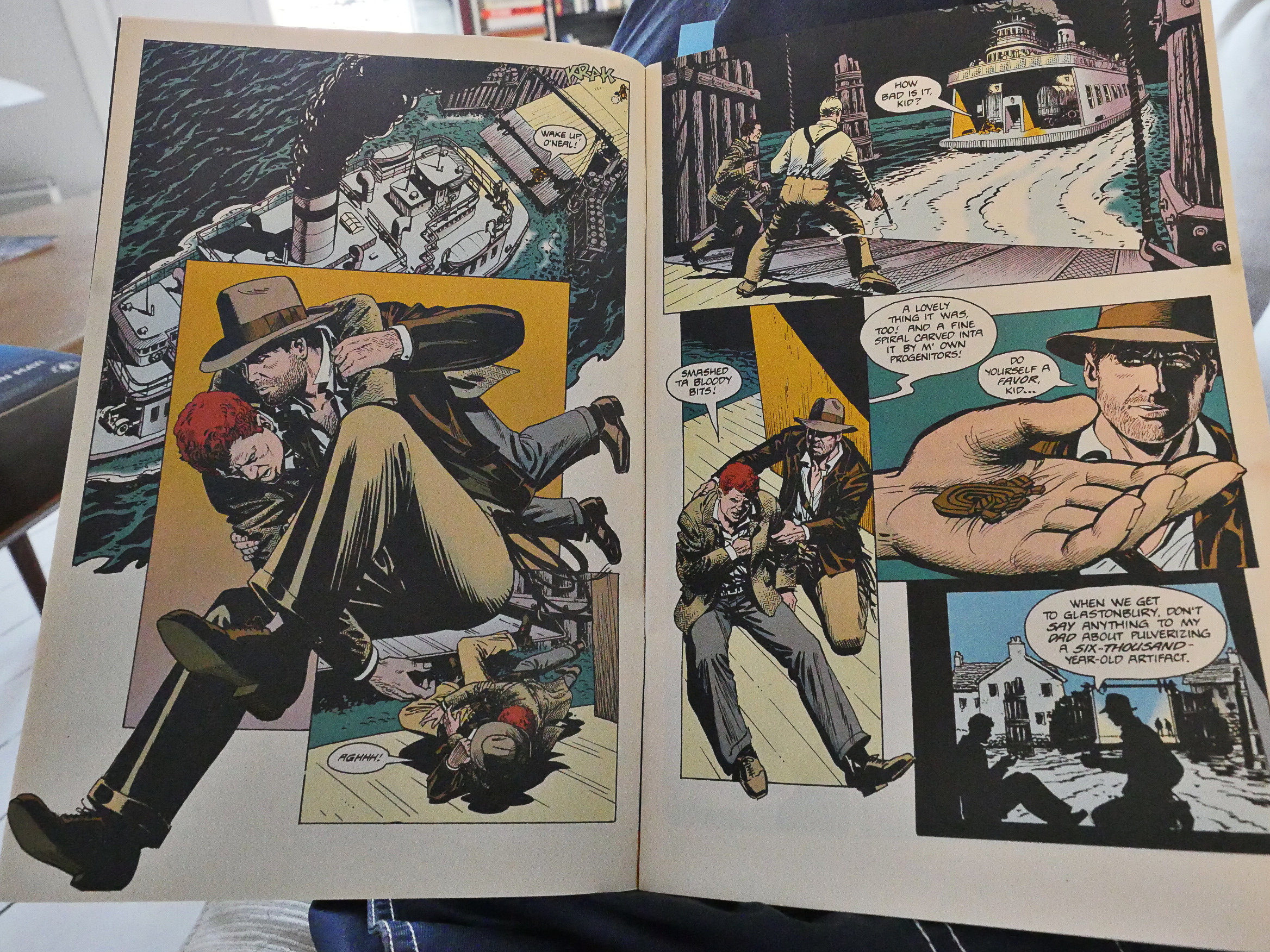 In the second issue, Spiegle takes over the artwork completely, and things get more lively. 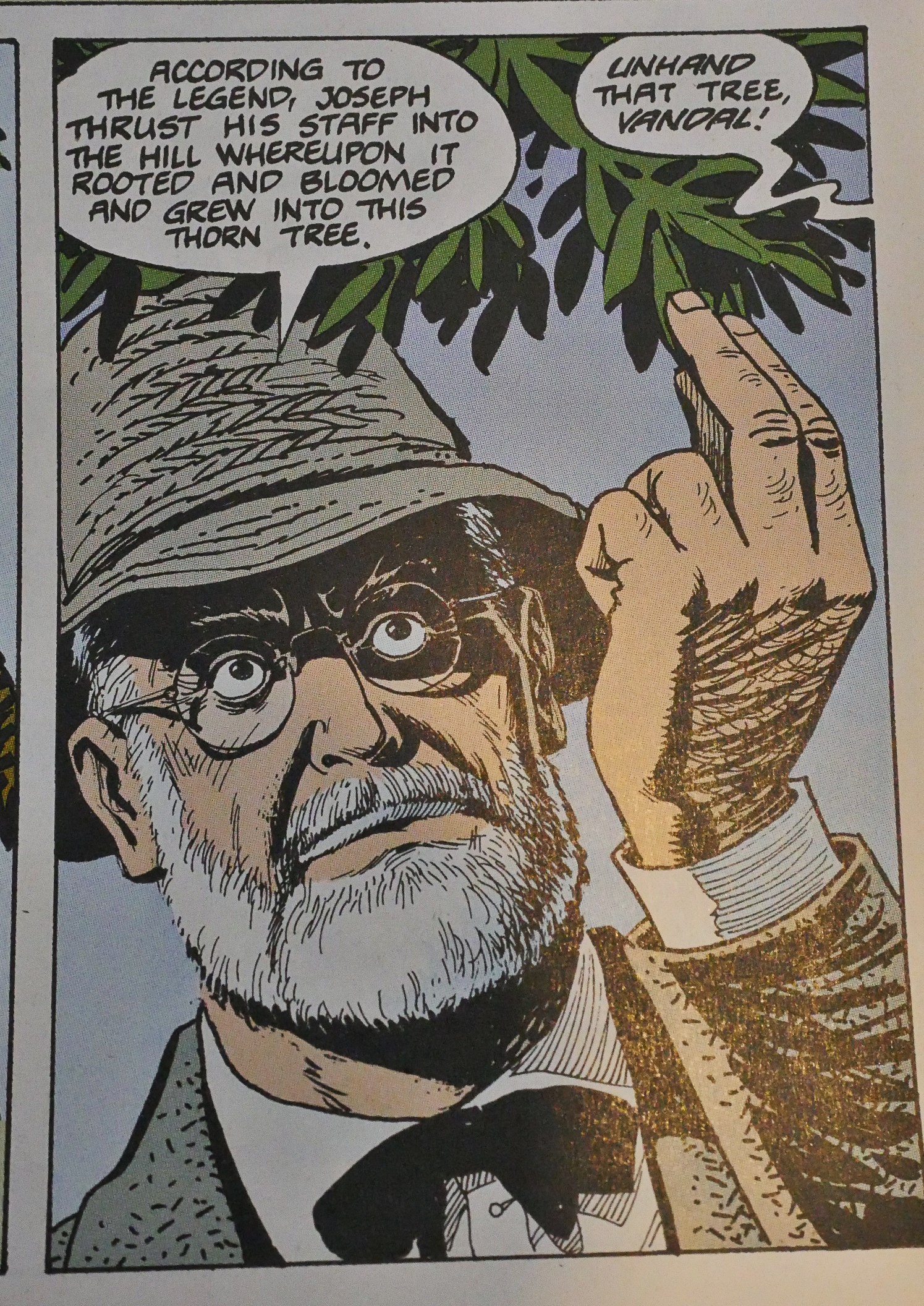 The characters look even less like their movie counterparts, though. 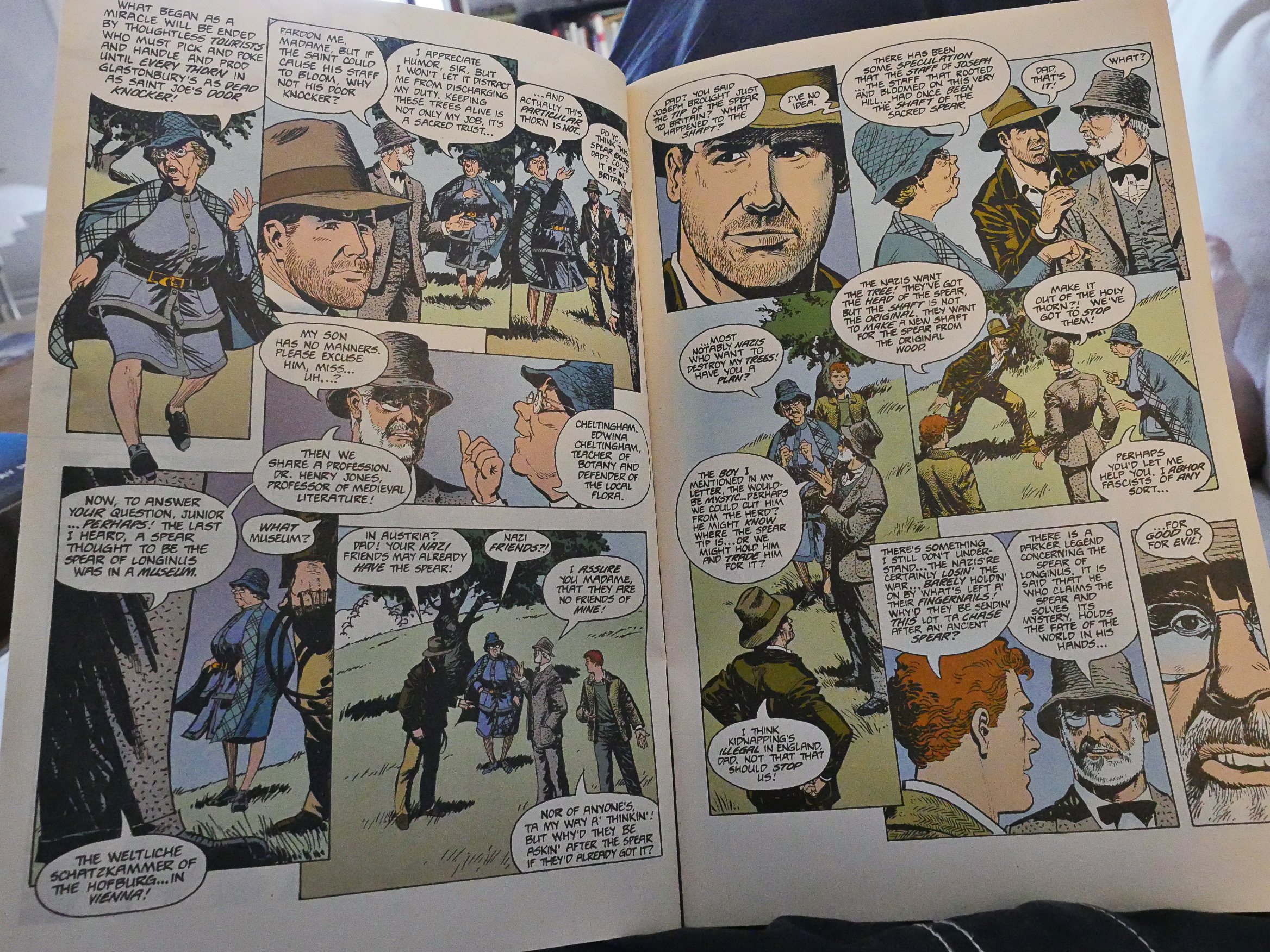 The comic, like the movies, have action scenes with exposition-heavy scenes intertwined. It does work here, but it almost shouldn’t.

Spiegle always likes putting in fun layouts, and his thing here is to do a reverse S reading order, mostly on the right-hand pages, for some reason or other. Brian Chippendale is probably the only comics creator to do the “snake” layout consistently throughout a book — here Spiegle is just carefully leading the eye toward the left in the middle part of the pages. 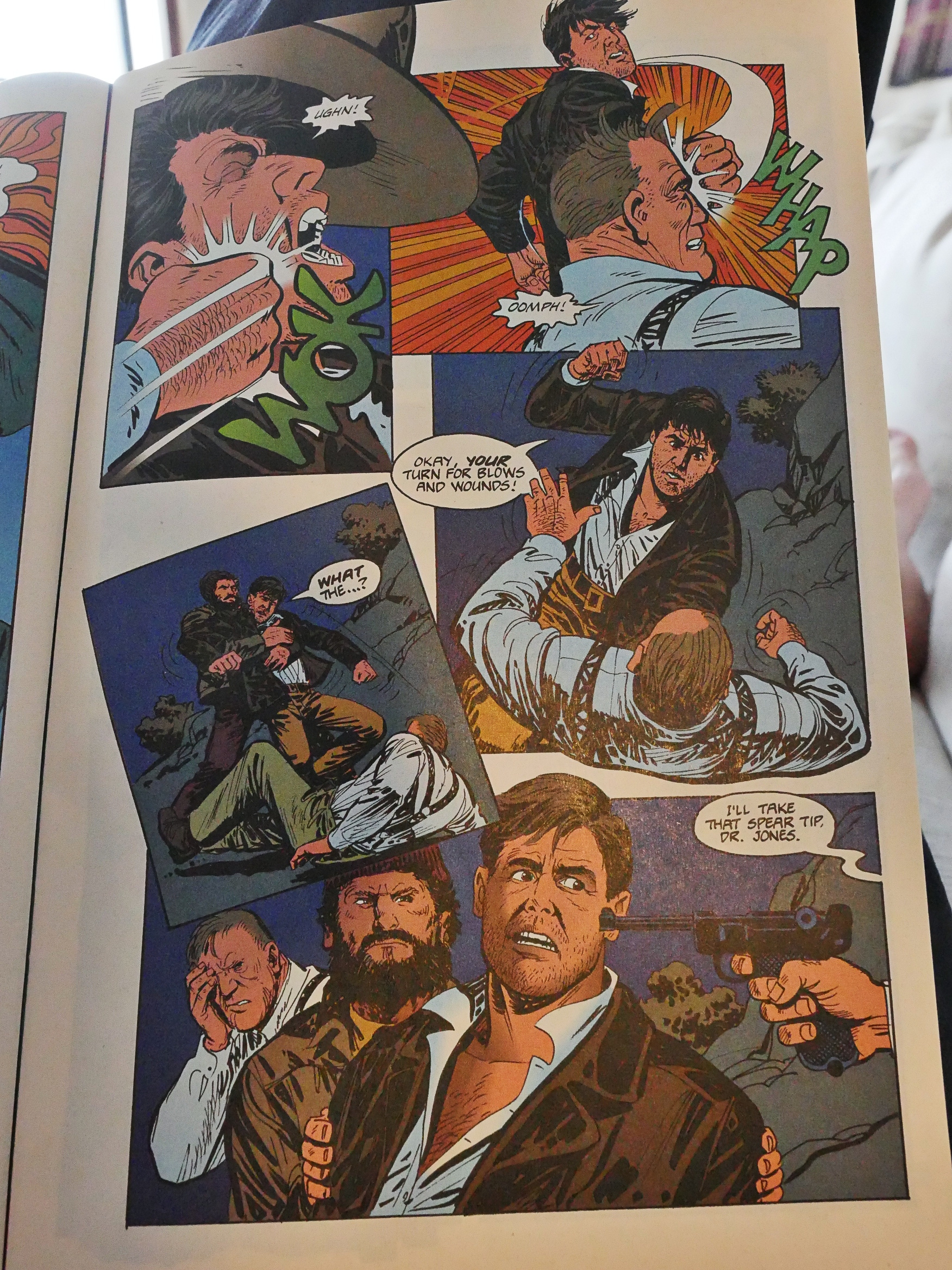 I like it; it’s fun. And it usually works, but there was a couple of pages where I found myself “er… middle portion to the right or to the left”? But on most of the pages, like the above, it’s virtually impossible to read it in the wrong order.

Well, what do you say about this one? It’s a perfectly serviceable Indiana Jones series. It’s a bit choppy in parts, because the characters didn’t really seem to have much character or motivation, and I found myself going “well… why…?” more than is comfortable.

The series has been reprinted and collected by Dark Horse. Some fans have made a youtube series with the same name, but it doesn’t seem to have anything to do with the Lee series? I just sampled the first episode…

I’m unable to find even a single review of this series on the web, so I guess it didn’t make much of an impression.