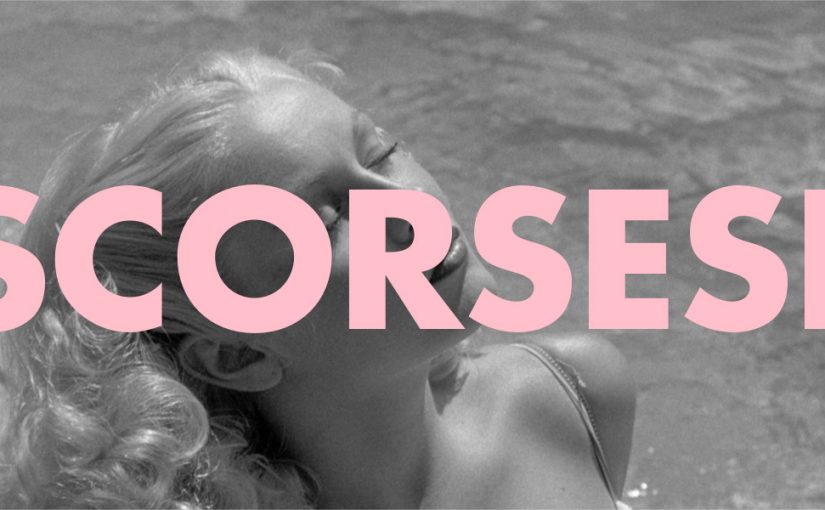 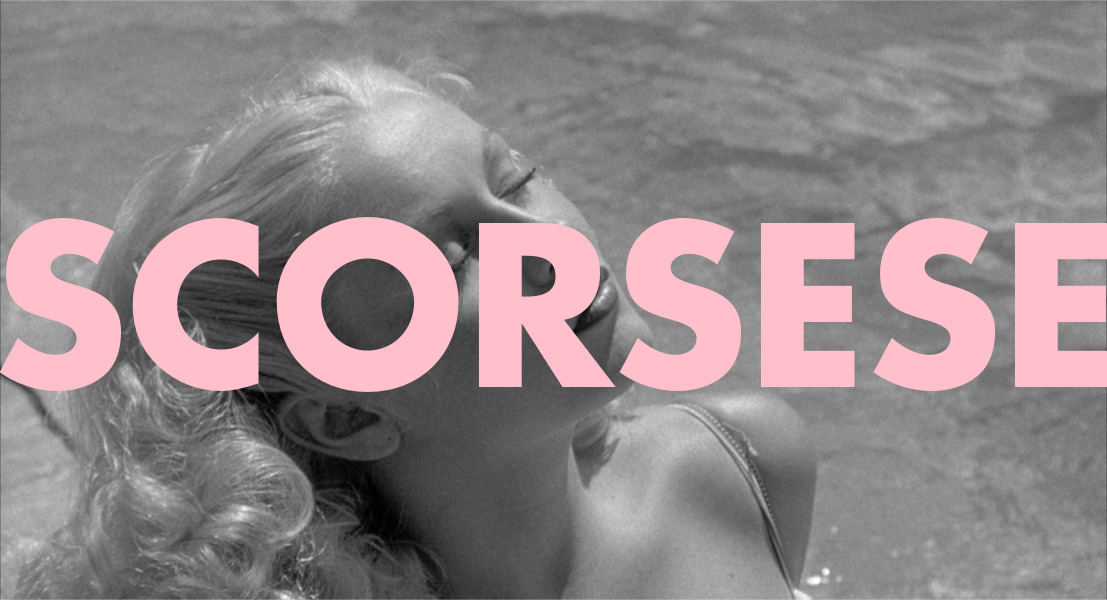 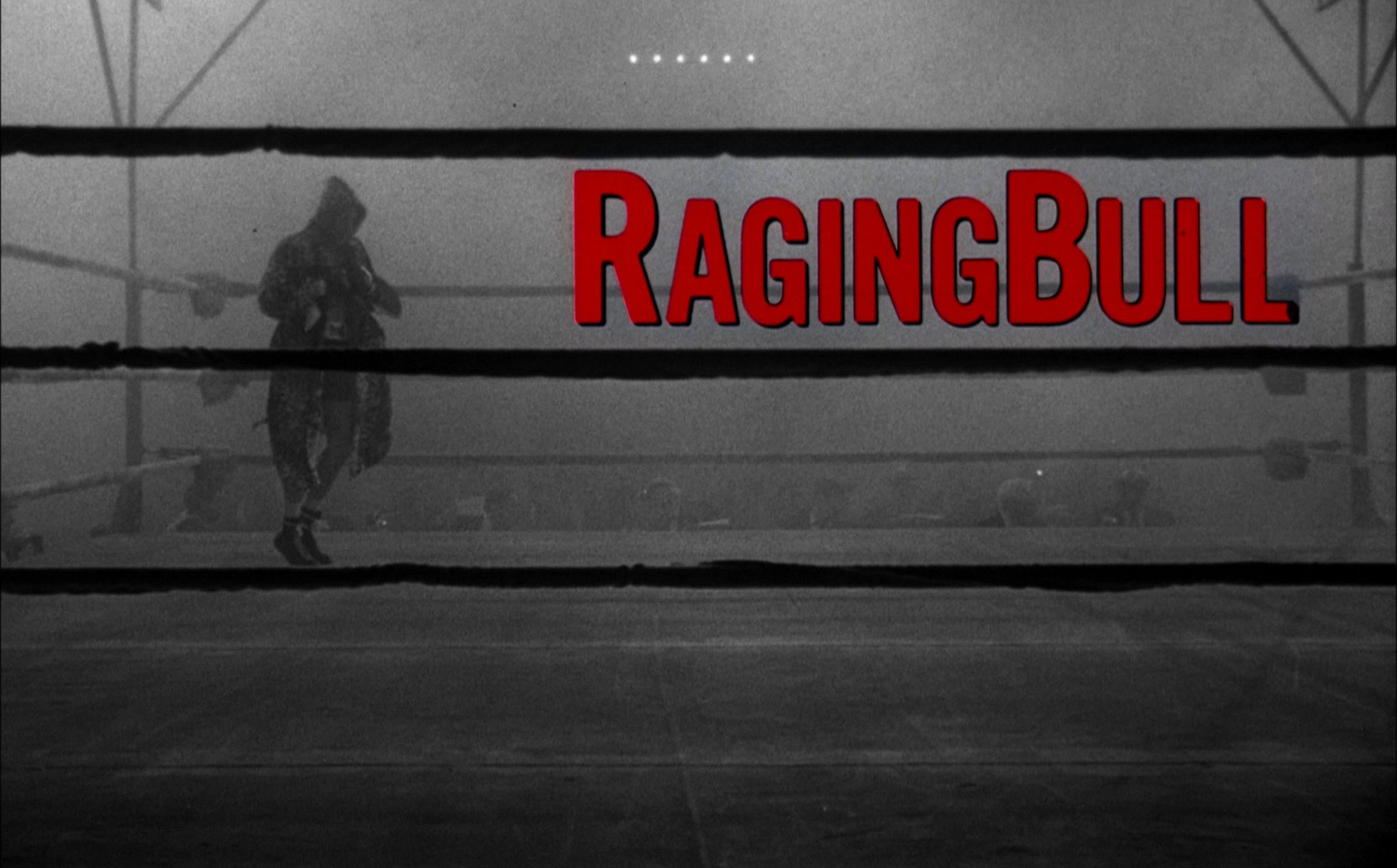 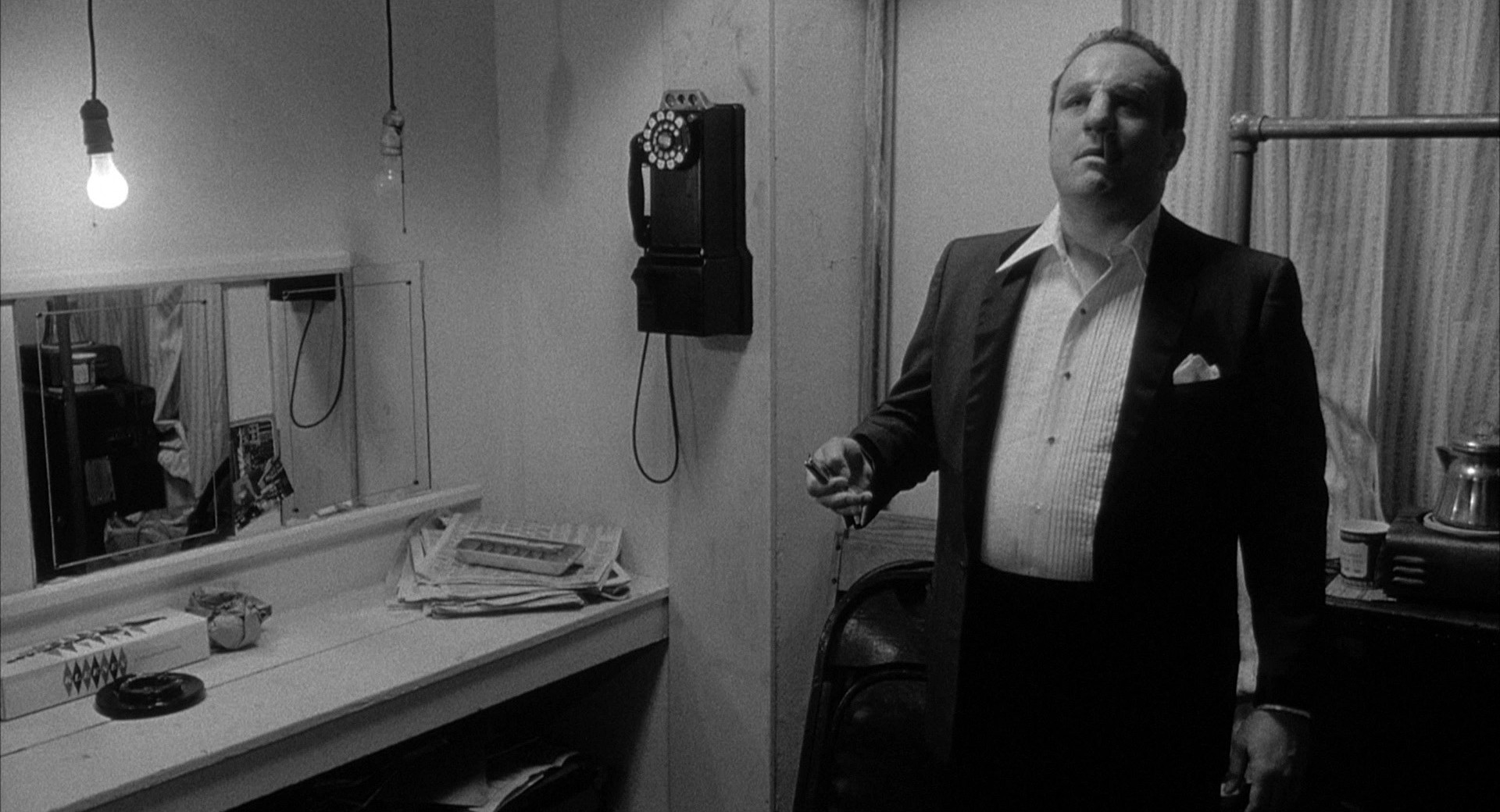 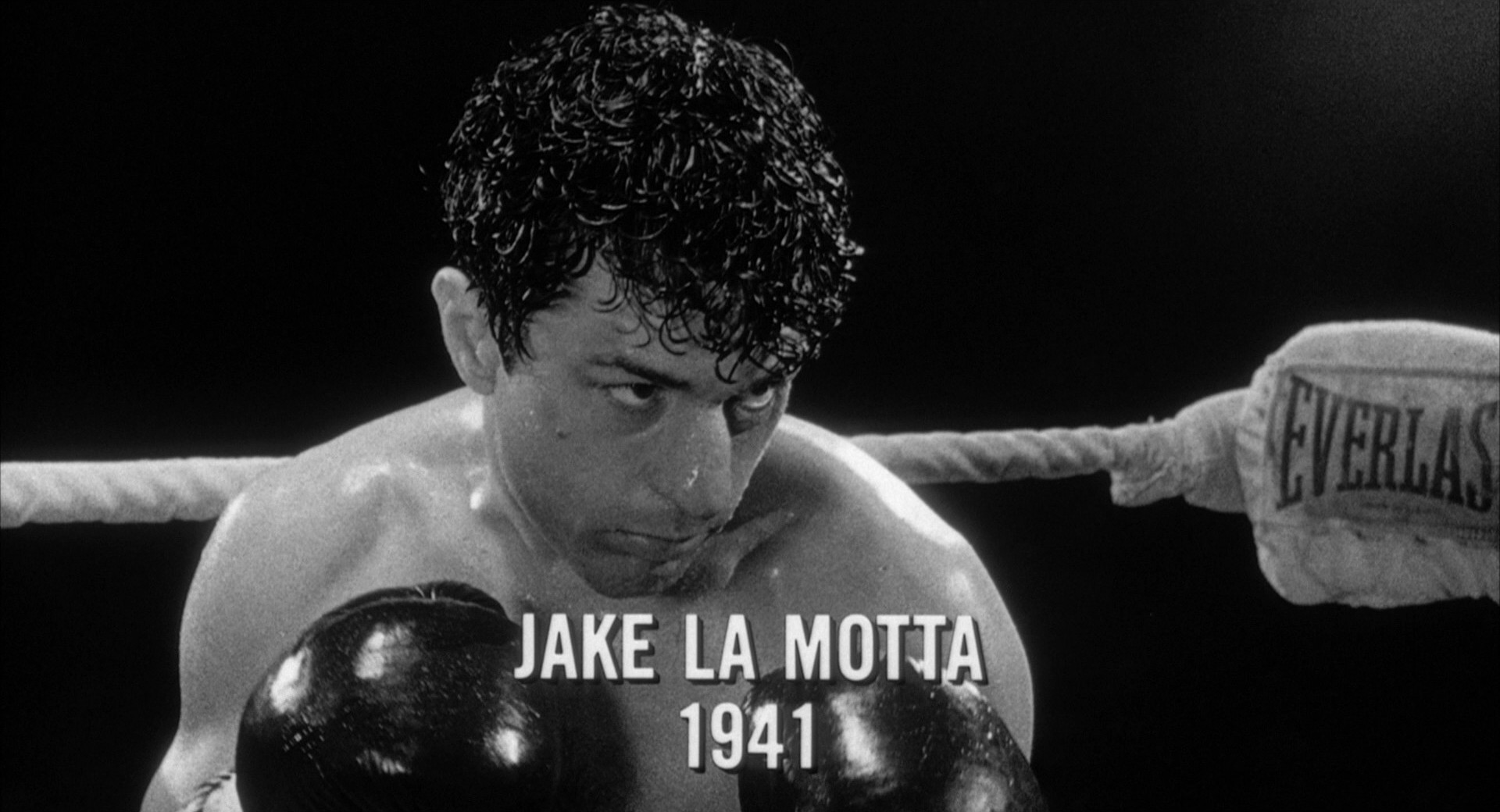 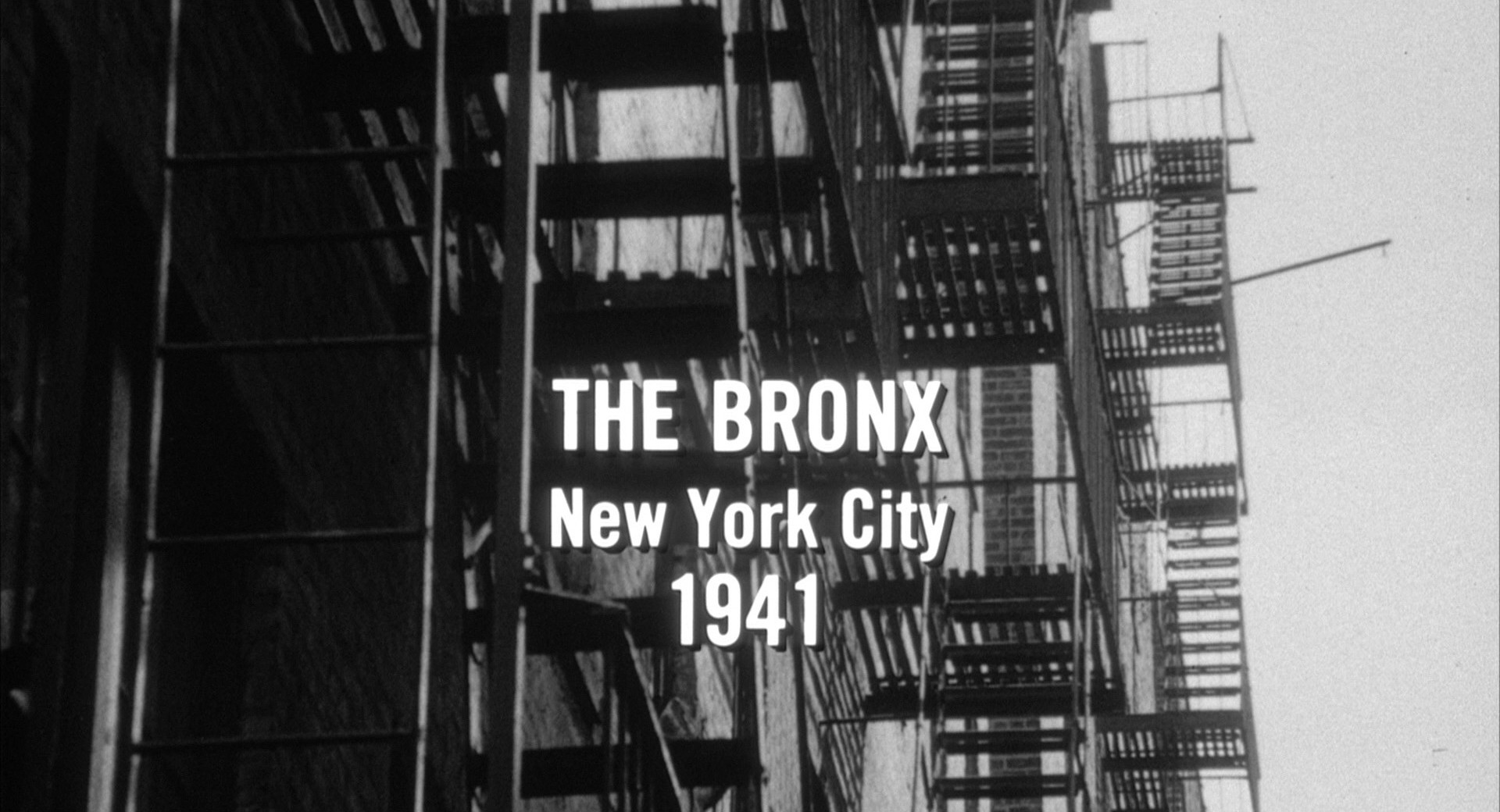 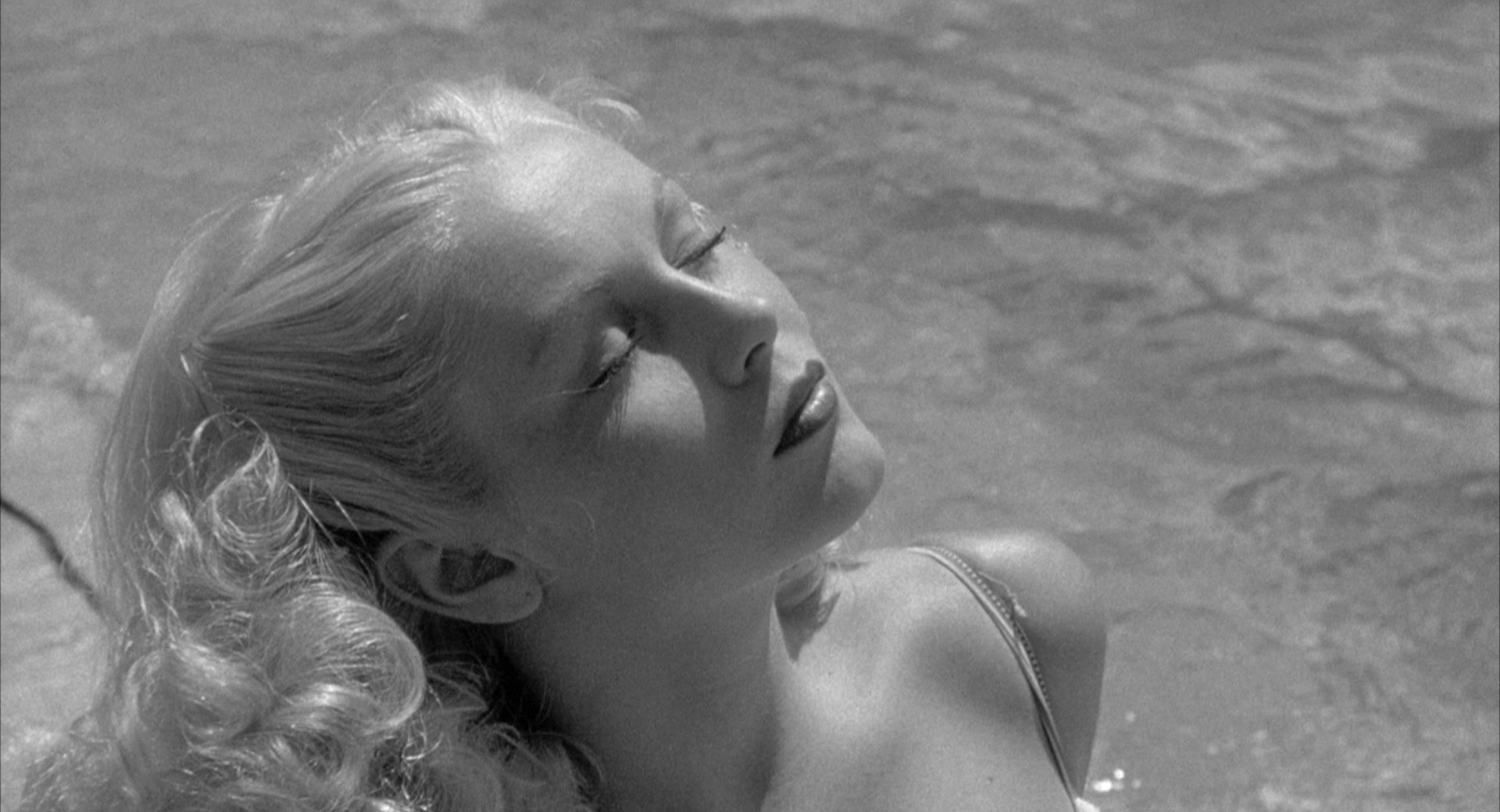 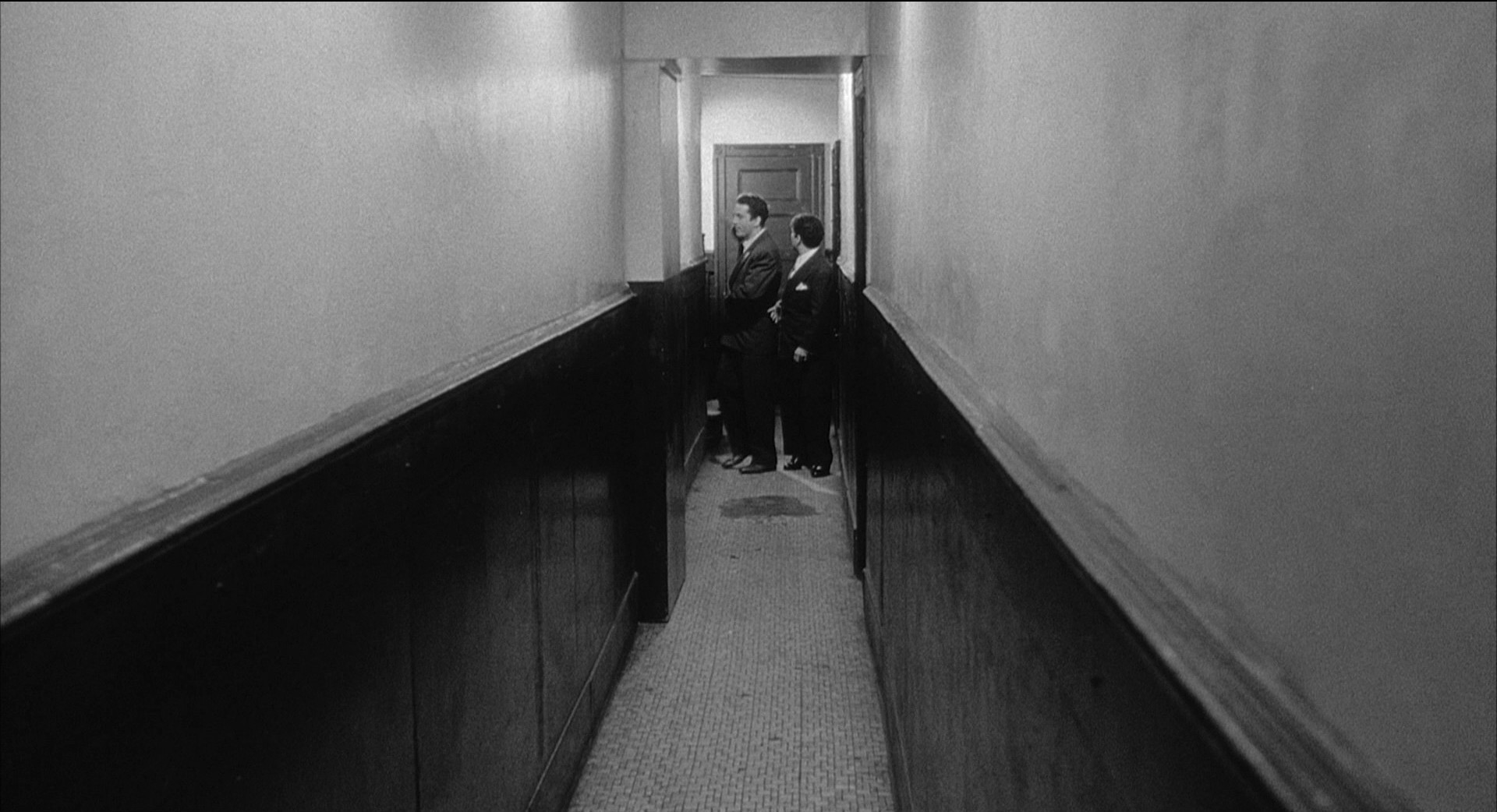 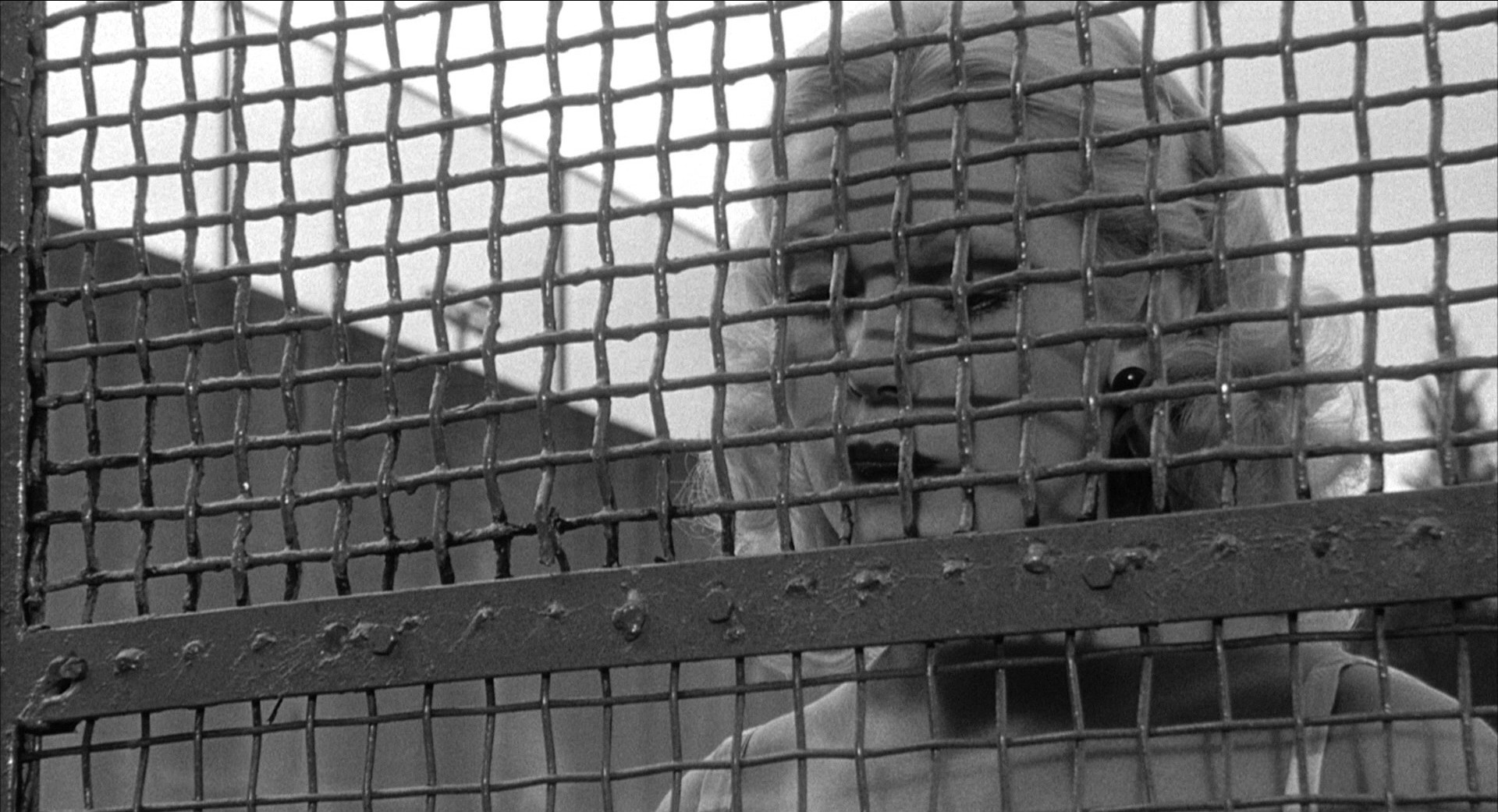 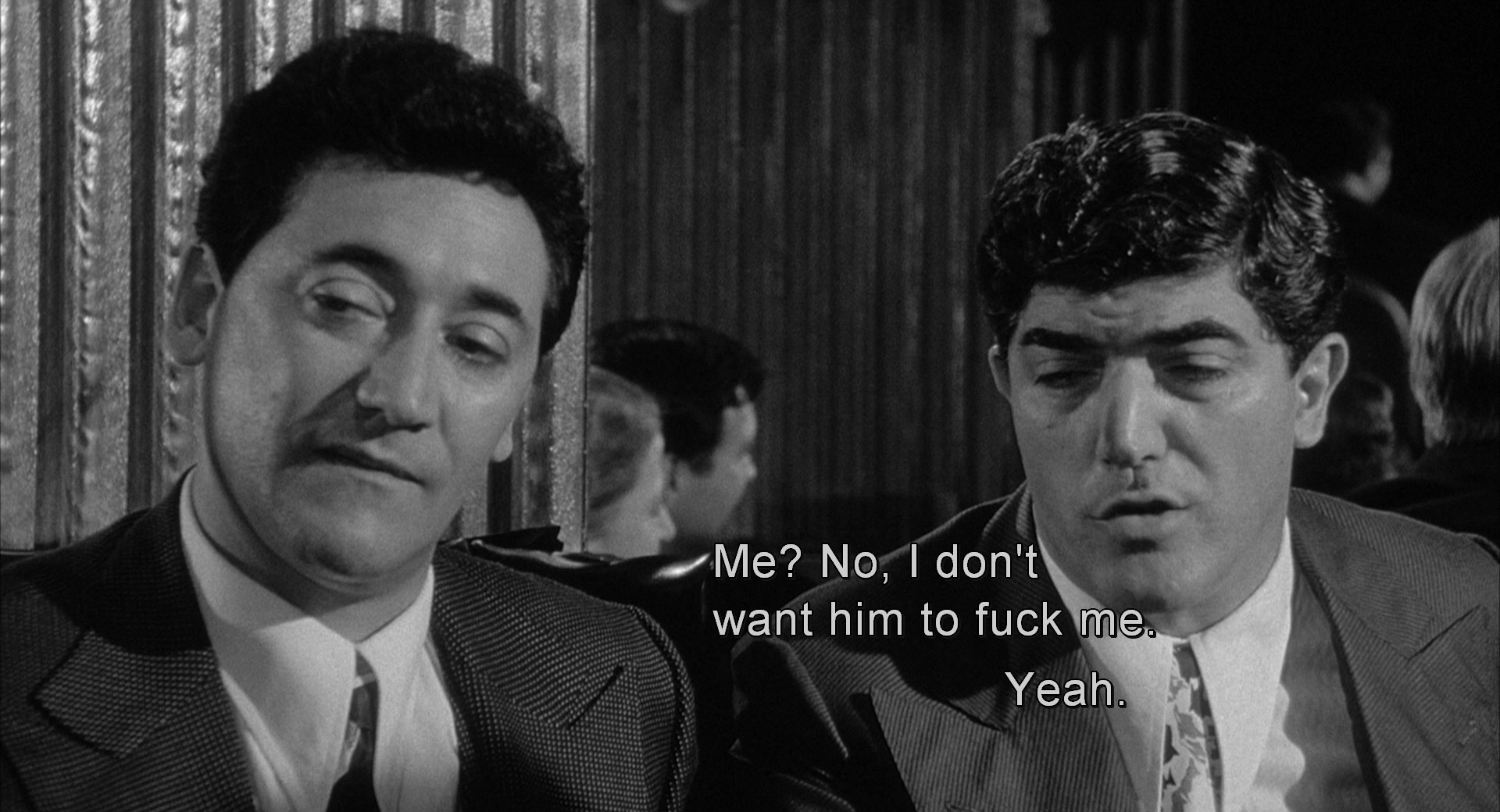 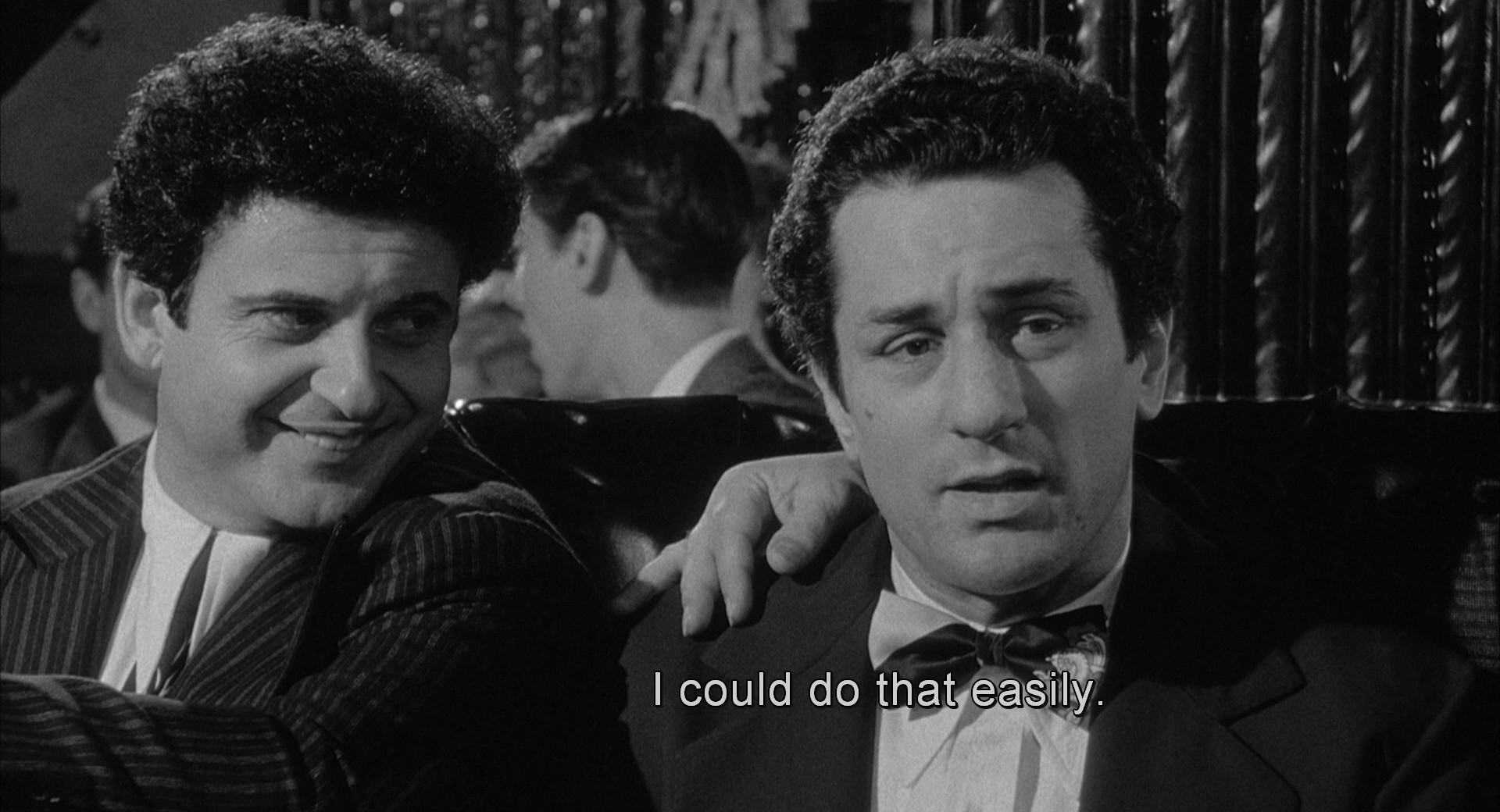 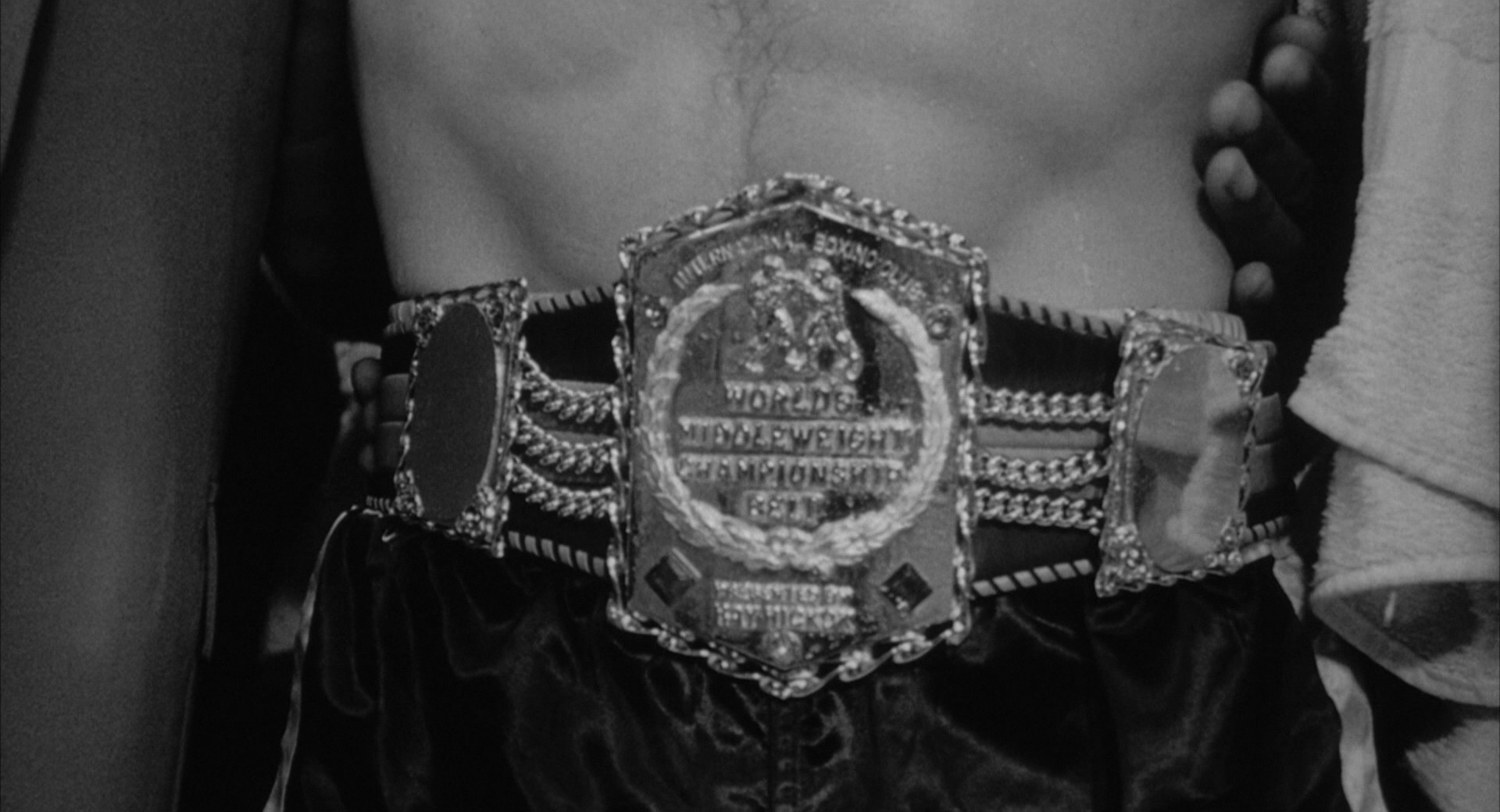 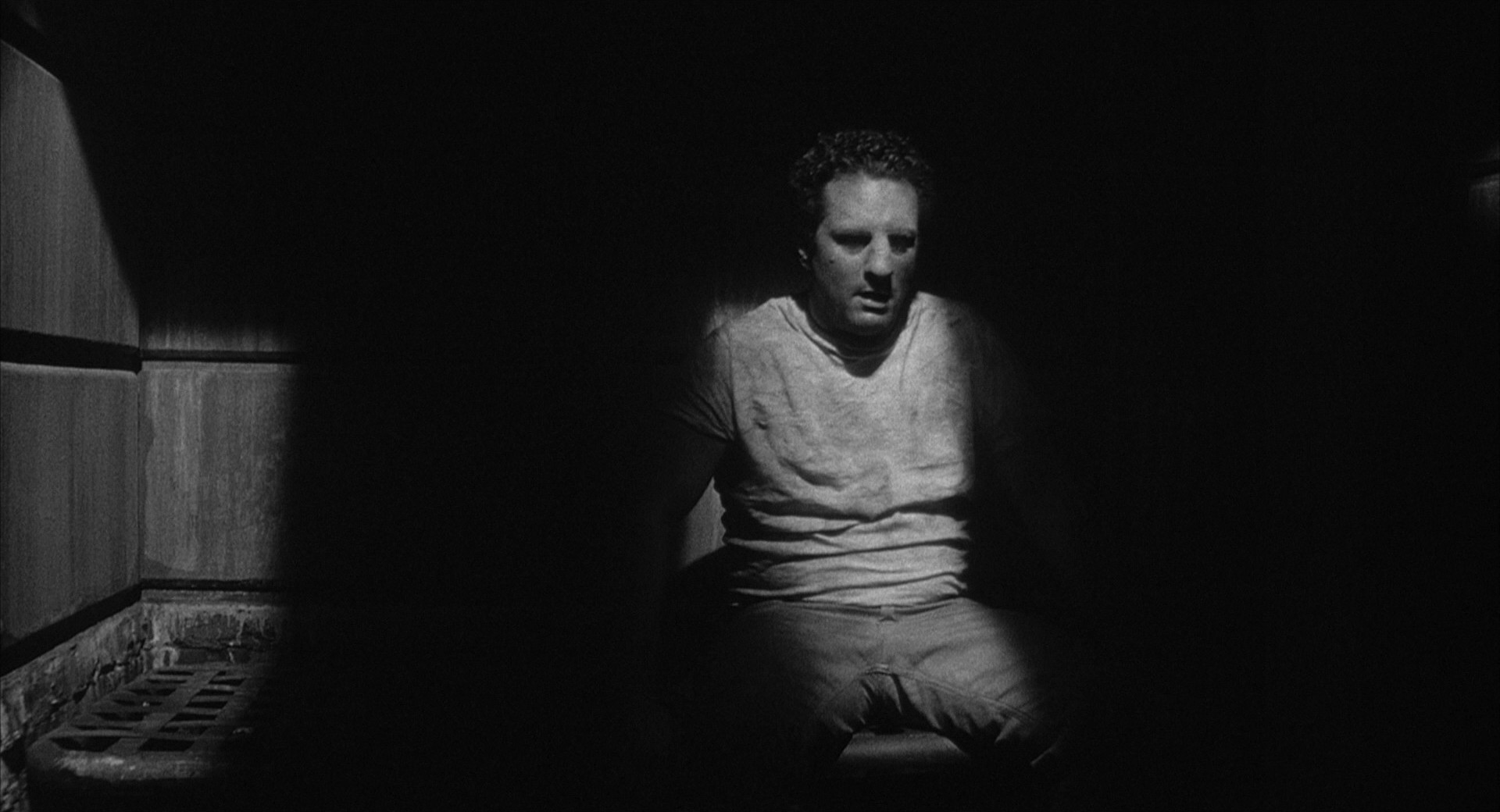 OK, we’re now in the final dozen movies in this blog series, and what’s striking about the final (i.e., most highly rated) movies is that they’re mostly box office smashes:

It is, perhaps, not surprising, exactly — but it’s definitely a thing. It’s not that the OTB list is full of experimental film or anything (quite the opposite), but in the final dozen we have five 70-ish-ish American blockbusters, and that’s not the ratio for the rest of the list.

And one other thing: I’ve seen absolutely all of these before.

But most of them I haven’t seen in a long while, because American films of the 70s isn’t really something that I’m really interested in. So I saw Raging Bull probably on rental VHS sometime as a teenager, and I remember nothing about it.

OH GOD OH GOD I HATE IT MAKE IT STOP

I didn’t think it was possible to get such a feeling of boredom and loathing and revulsion from a simple dolly shot.

It’s almost fascinating how unnatural and stilted the dialogue is. Like the scene where De Niro gets his brother to hit him in the face.

I can see guys creaming themselves at the tough guy talk (which explains the votes), but… it’s such a fantasy.

Everything is a cliché from the mobster lite talk to the shrew of a wife.

OK, now I’ve changed my mind a bit. It’s like… it’s like… this is Italian social-realist film for dummies? I find all the conversations between people intensely uninteresting, though. And that’s perhaps because they never shut up? But I do like some of the shots. The discussion between the brothers in the kitchen (about how whether De Niro wins or loses against the new guy) is… it doesn’t feel real at all (it’s so erudite, but pretend-tough), but it holds some interest. Especially when the wives got involved (and summarily dismissed.)

Oh, Richard Ayoade voted for this one. I just read his Ayoade on Top (very witty), and here’s his votes: 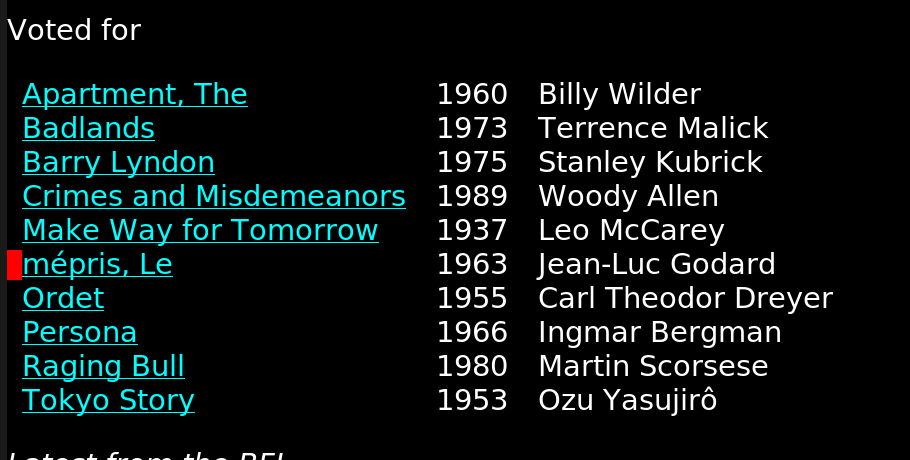 So… this is a male version of The Housewives of Lon Guyland? The discussions the have are risible and annoying.

The perms are impressive, though: 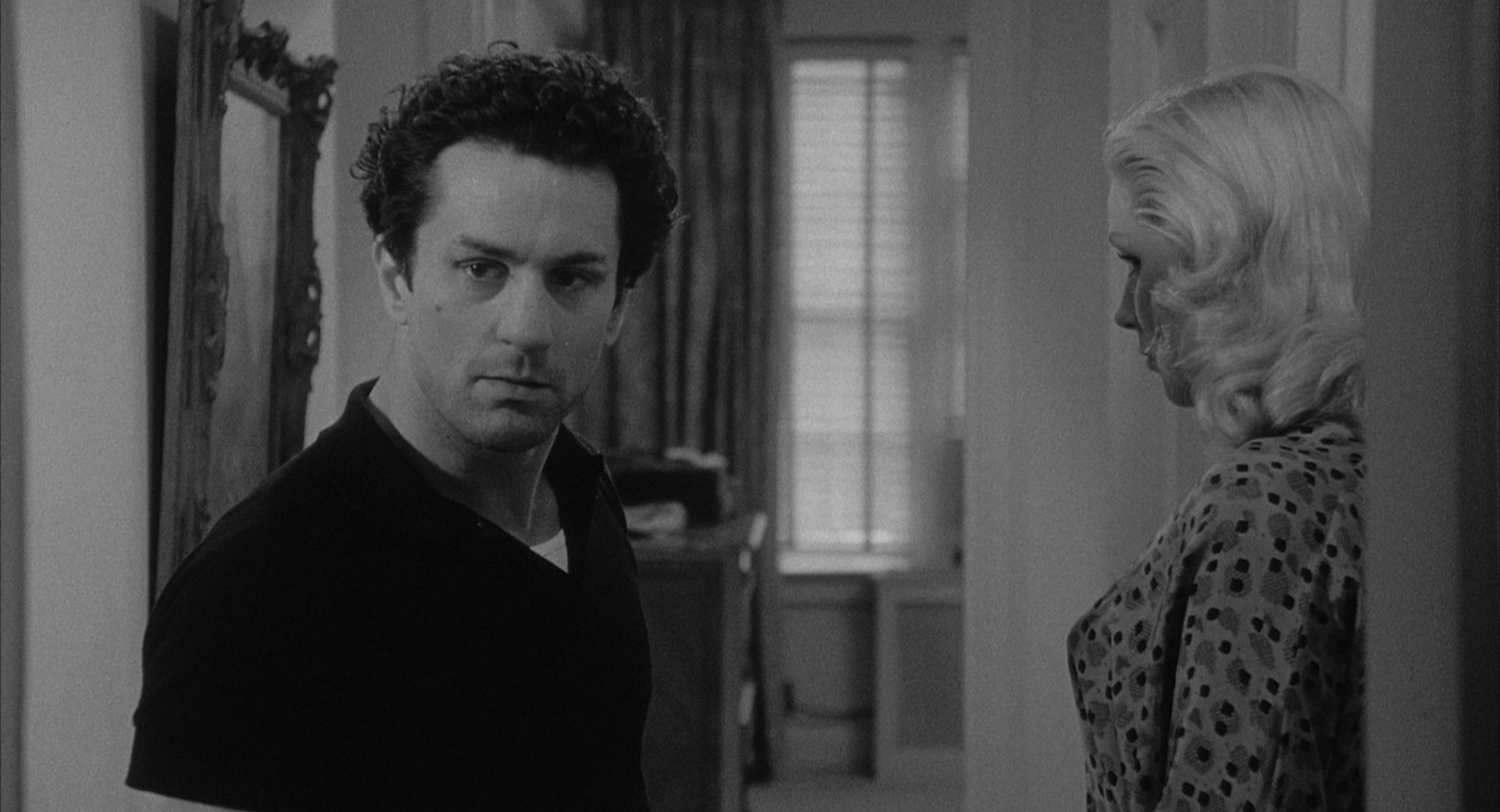 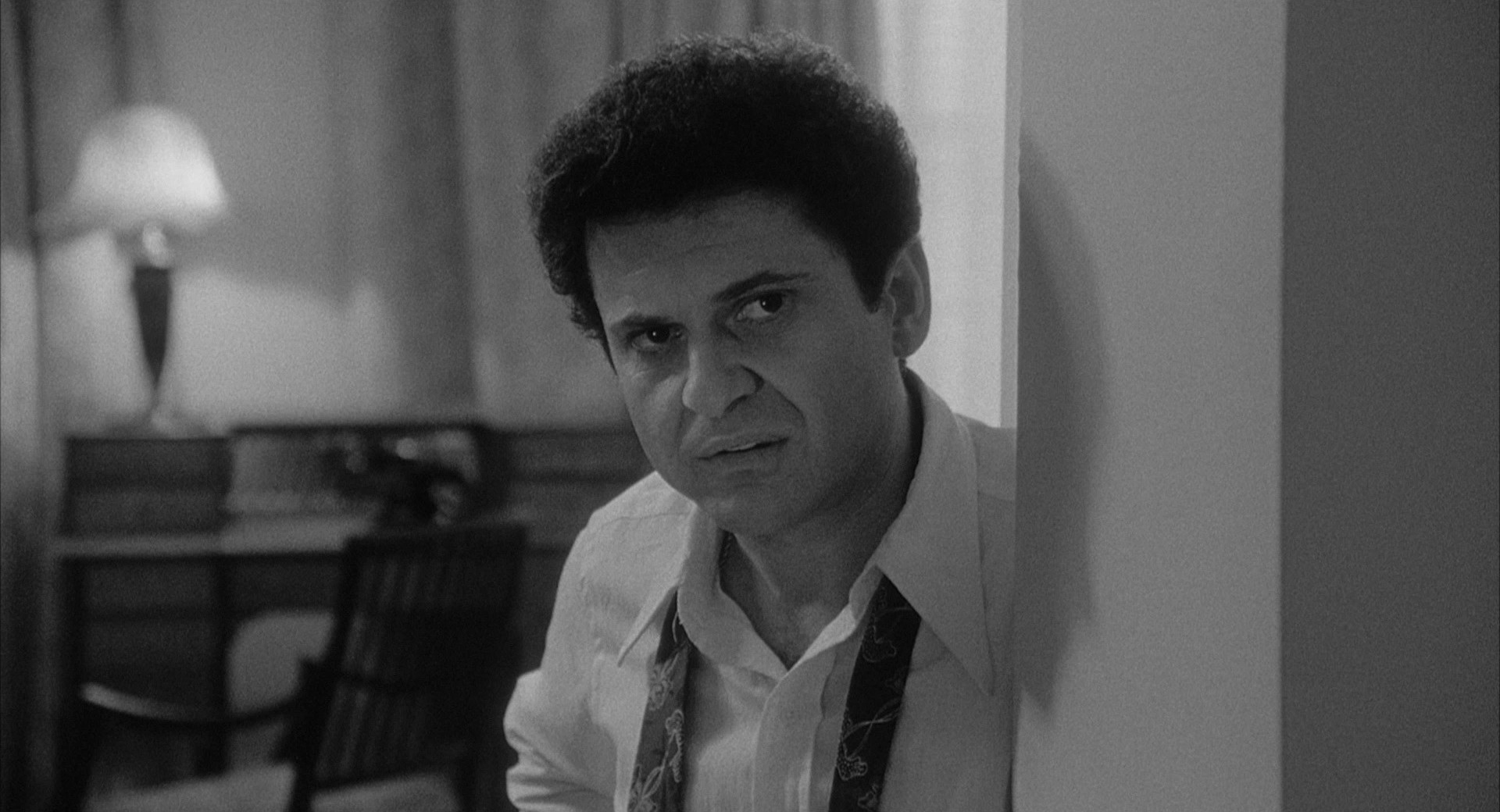 OK, now the protagonist is a stand-up comic. If there’s anything more boring than sports people, it’s stand-up people. This movie is just sublime!

I can’t even tell whether his routines are supposed to be really, really bad, or whether it’s supposed to be good, because he just does a standard stand up routine, as far as I can tell.