This isn’t a movie I’ve looked forwards to watching. I think I’ve seen it… a couple of times? Back in the 80s? I seem to remember it being one of those double VHS box things?

And all I remember about the movie is that it’s one portentous desert scene after another. I mean, I love deserts and stuff, but it was all so… British. One shot of a sweaty, badly bleached Peter O’Toole after another.

I mean, that’s what I remember! It’s been *counts on fingers* over thirty years.

Perhaps I misremember! Let’s find out.

Everybody’s acting as if they’re in a panto. I’ve never seen anything more British in my life. I mean, I like that in general, but here it’s really rubbing me the wrong way. It’s like… It’s like it’s Extruded Quality Film. It’s really well shot in that … professional way where everything is nicely balanced and everybody’s the right position for maximum bathos and… here comes the desert scenes; exquisitely filmed.

Yeah, this is just what I remembered from when I was a teenager, and it’s still annoying: The cloying, swelling music and the pointlessly beautiful desert scenes.

But what does people think of this movie?

Well, that’s what I expected. Kinda interesting: There’s only two negative reviews, and they’re both from when the movie was released. One from the New York Times, and one from Sight & Sound magazine. Now I wonder what Cahiers de Cinema had to say about it, but my Google-foo fails me.

These people are mad. There’s nothing, not one iota of this movie, that doesn’t place it in 1962 (late autumn, around 3pm). That’s not a negative thing? Previous times have existed, you know.

As you may surmise from this number of screenshots: This movie bores me. And I’ve watched Noli me tangere; boring me is some kind of achievement. So I’ve been ruminating: Just what is it about this movie that bores me so? I wonder whether it’s how basically all the characters are ciphers… even Lawrence himself. We don’t get a feeling, at all, just what’s motivating him to go to these extreme lengths to help these Arabs. Beyond him liking these gorgeously shot deserts, and them happening to live there.

I mean… what are their view on transsexual rights? Are they for or against Warren? What does Faisal think of Zoom’s inclusion of the Facebook SDK?

What I’m saying is: Is Lawrence aiding the literal IS here? There’s no room here (in all the hours the movie keeps on keeping on) to even try to hand-wave at us why we should be on Lawrence’s side (which the movie obviously seems to want us to be). It’s sort of… because the British are racist scum, then Lawrence is the hero?

I don’t quite get it. 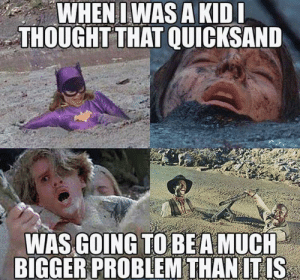 Hm… is there a single woman in this movie?