Full disclosure time: I’ve watched two episodes of Breaking Bad. I watched the first one and thought “this is Extruded New Golden Age Of Quality TV Product”: All the ticks of “seriousness” that viewers of silly TV series love these days.

And I watched the Ozymandias episode because everybody said it was the best thing ever committed to SSD. 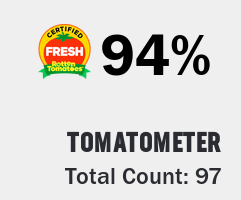 This movie seems to be about… very sentimental… drug dealers? And cars? I’m guessing all the lines are fan service, but as I have no idea what they’re talking about, it’s all rather weird. The scenes are shot as if they’re Serious Emotional Depth, but they do little to justify that in this movie.

All these super-stupid things in here (like what I’m guessing is the badder bad guy?) doing this elaborate string/clamp thing to give the guy who’s usually balder a cigarette? Instead of just dropping it? It’s all so silly.

There’s nothing I loathe more than the style the writers adopt here: “Here’s a guy who’s totally a monster, but see, he’s petting this puppy, so see? there’s complexity and depth! COMPLEXITY AND DEPTH I TELLS YA!” It sickeningly formulaic and tedious.

On the plus side: This movie looks pretty nice. It uses mid-90s US indie movie aesthetics to its advantage. The soundtrack isn’t annoying. The actors are better than average for made-for-TV movies.

Anyone who hasn’t watched the show, though, will miss most of why Gilligan’s feature-length epilogue is a success.

But… oh my god, the stupid. The scene in the hoover store just wouldn’t end. And that shootout. Was that supposed to be surprising?