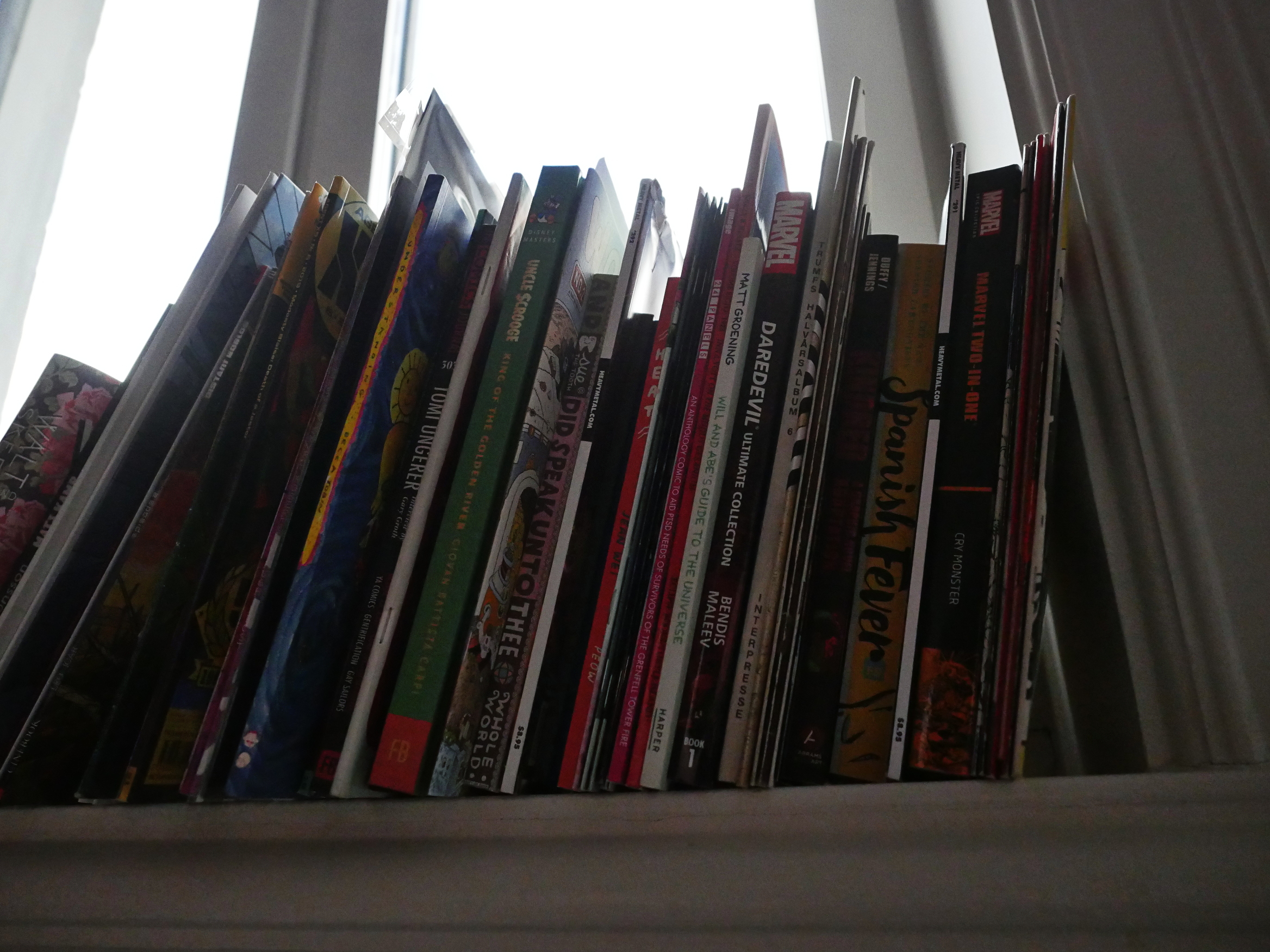 I thought I was going to be busy all day today, but apparently not, so let’s do a half day of comics. As usual, the rules are: No reviewing, because we do not have time for that. 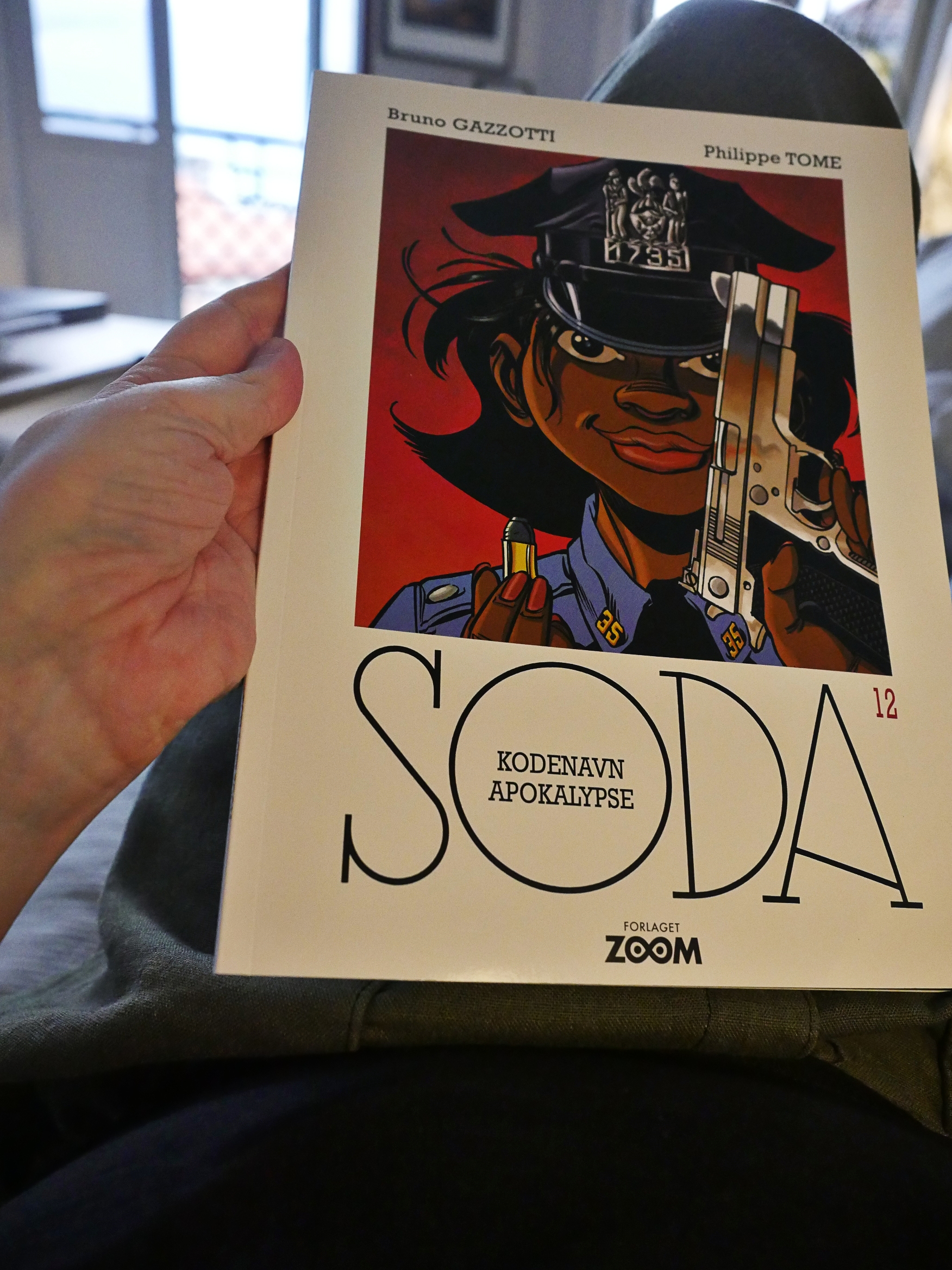 Soda 12 by Gazzotti and Tome (Zoom) 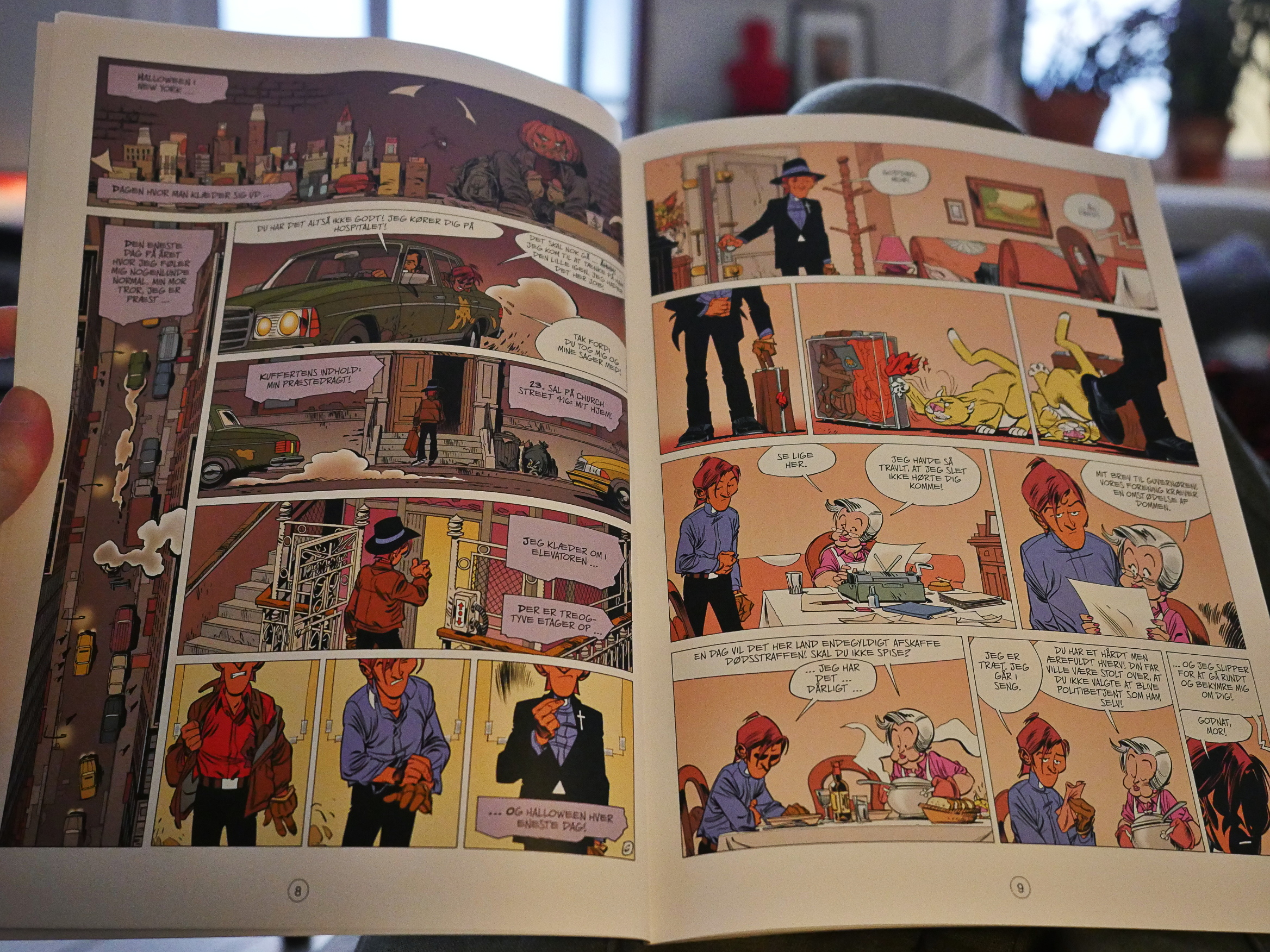 This is a “modern” (i.e., isn’t from the 50s) French-ish series with a somewhat high concept: A cop pretends to be a priest so as not to worry his mother. It really doesn’t develop much: He just dresses up as a priest every time he comes home. (Yes, he lives with his mother.) 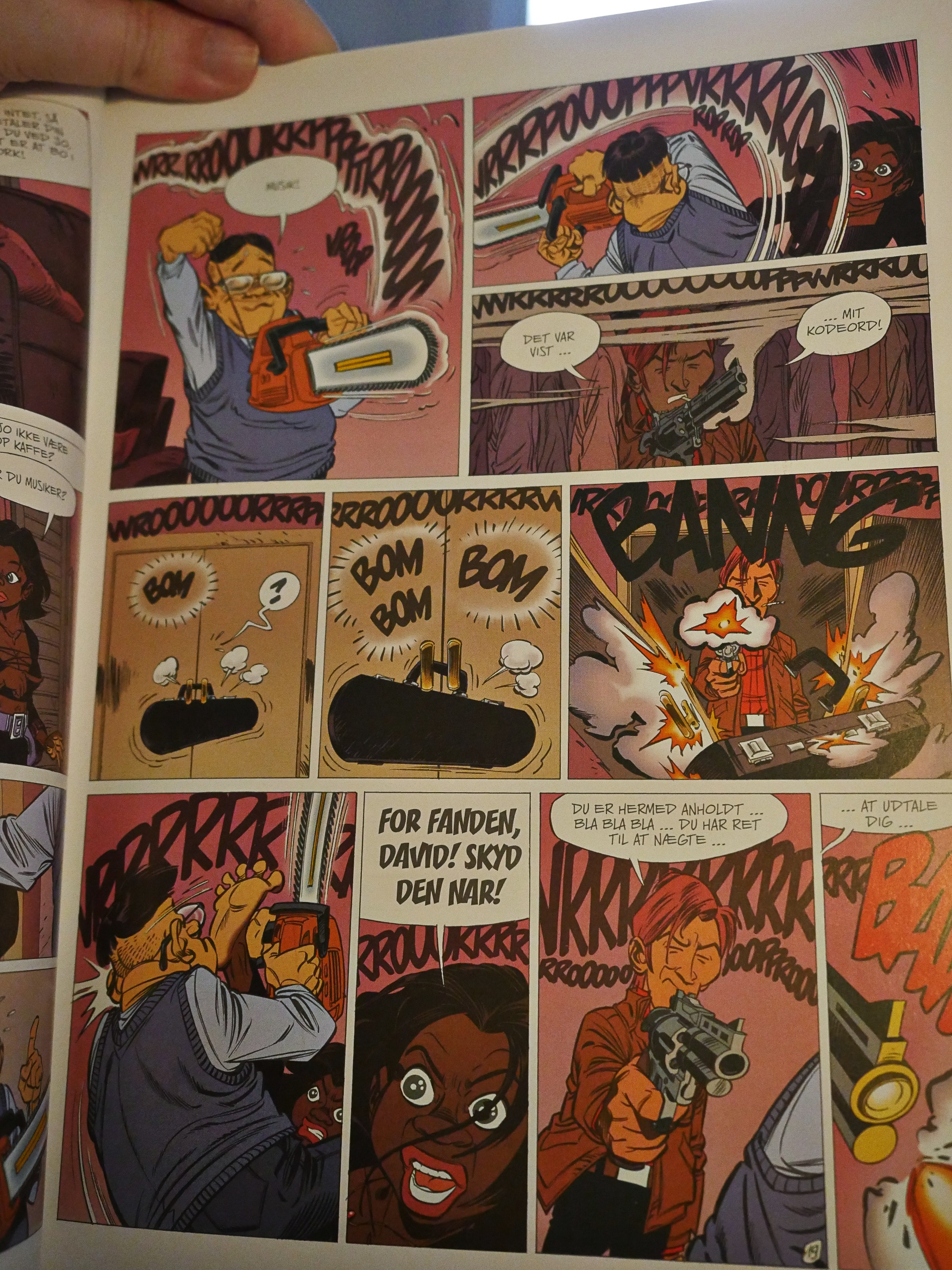 It’s somewhat on the violent side, but nothing explicit.

It varies in entertainment value, and this is a pretty lame album. And the artwork does absolutely nothing for me: The lack of details and care taken is a turn-off. 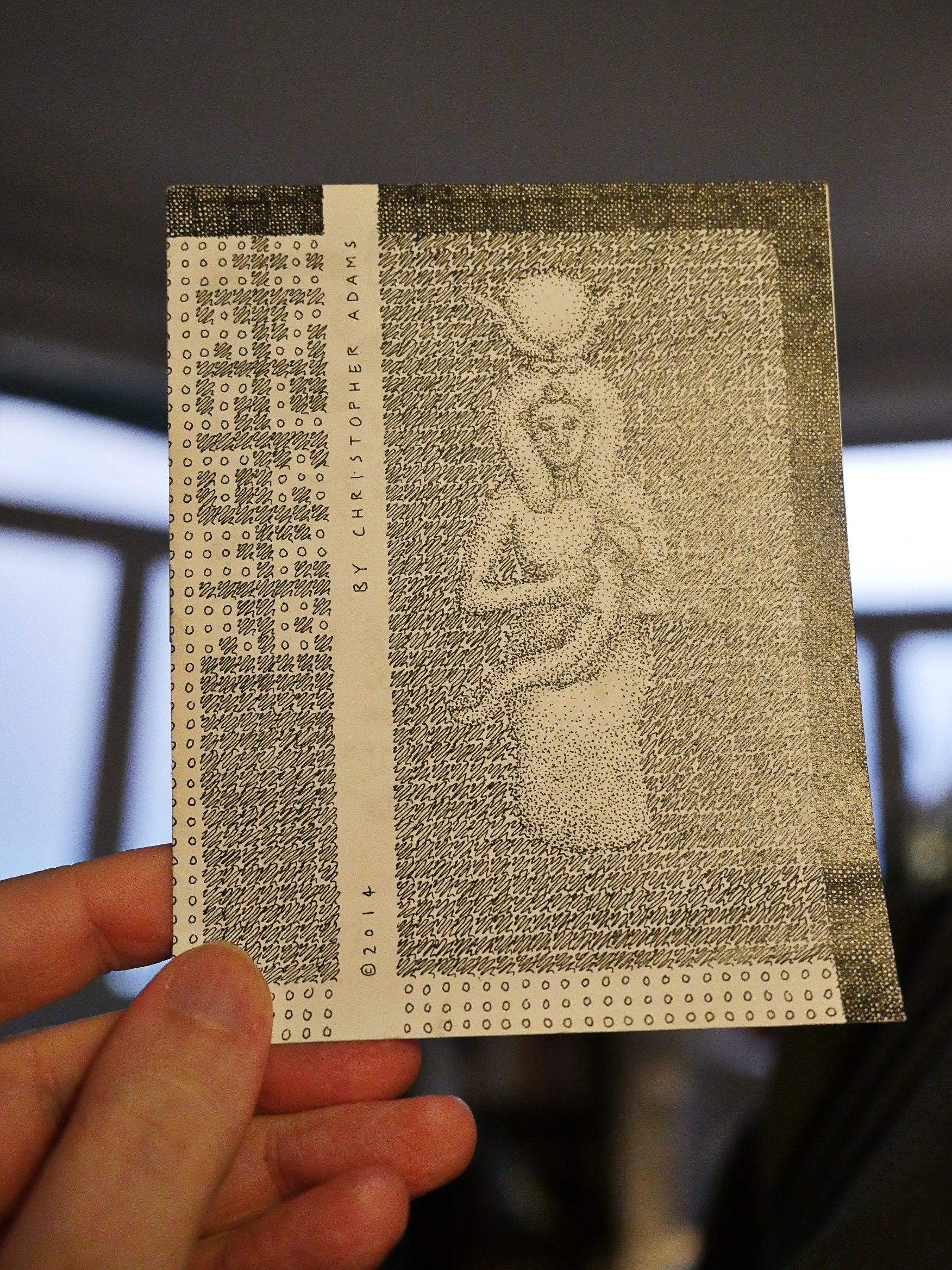 Something or other by Christopher Adams (2d cloud) 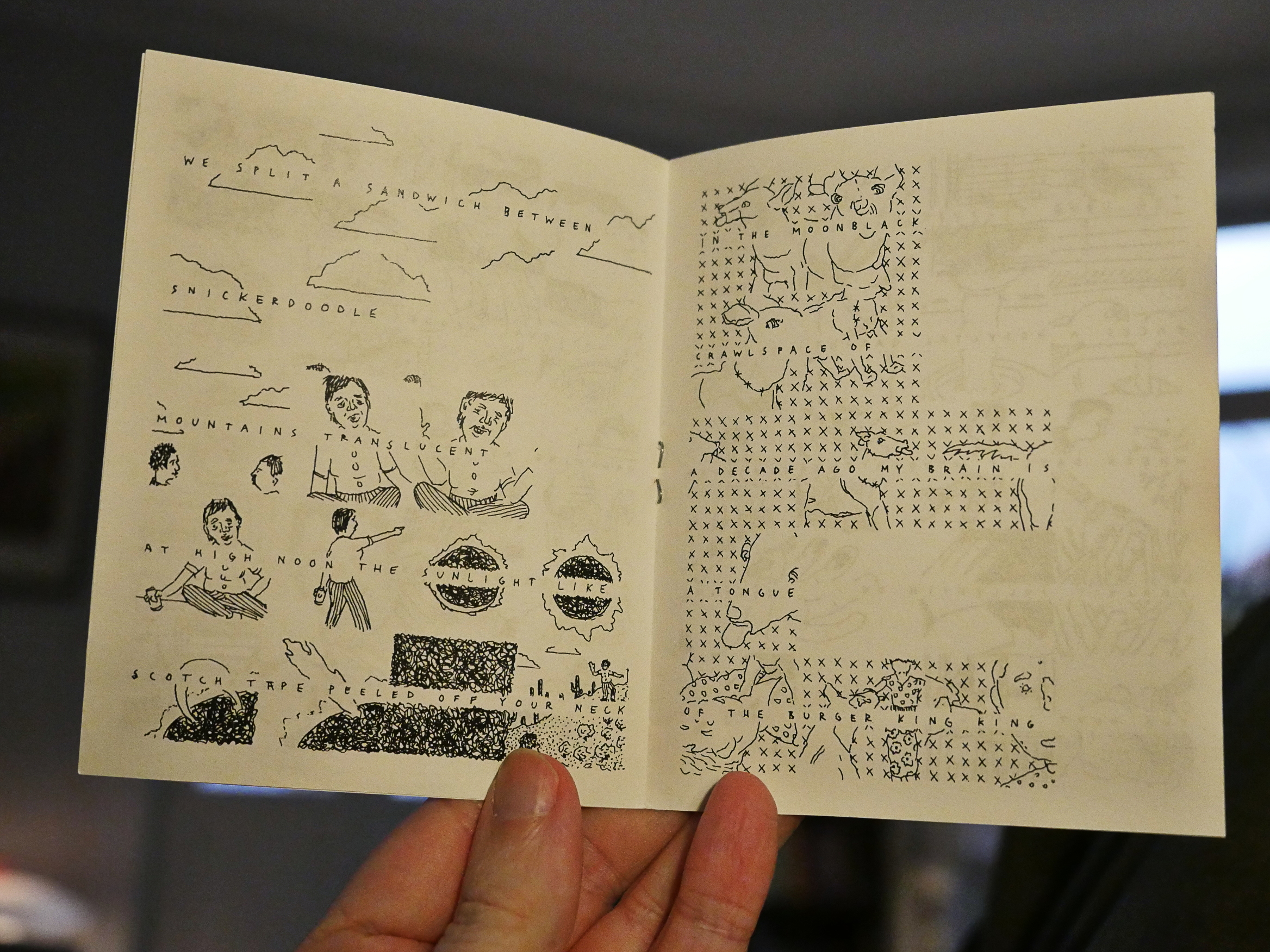 This little mini is somewhat vague, but works pretty well. 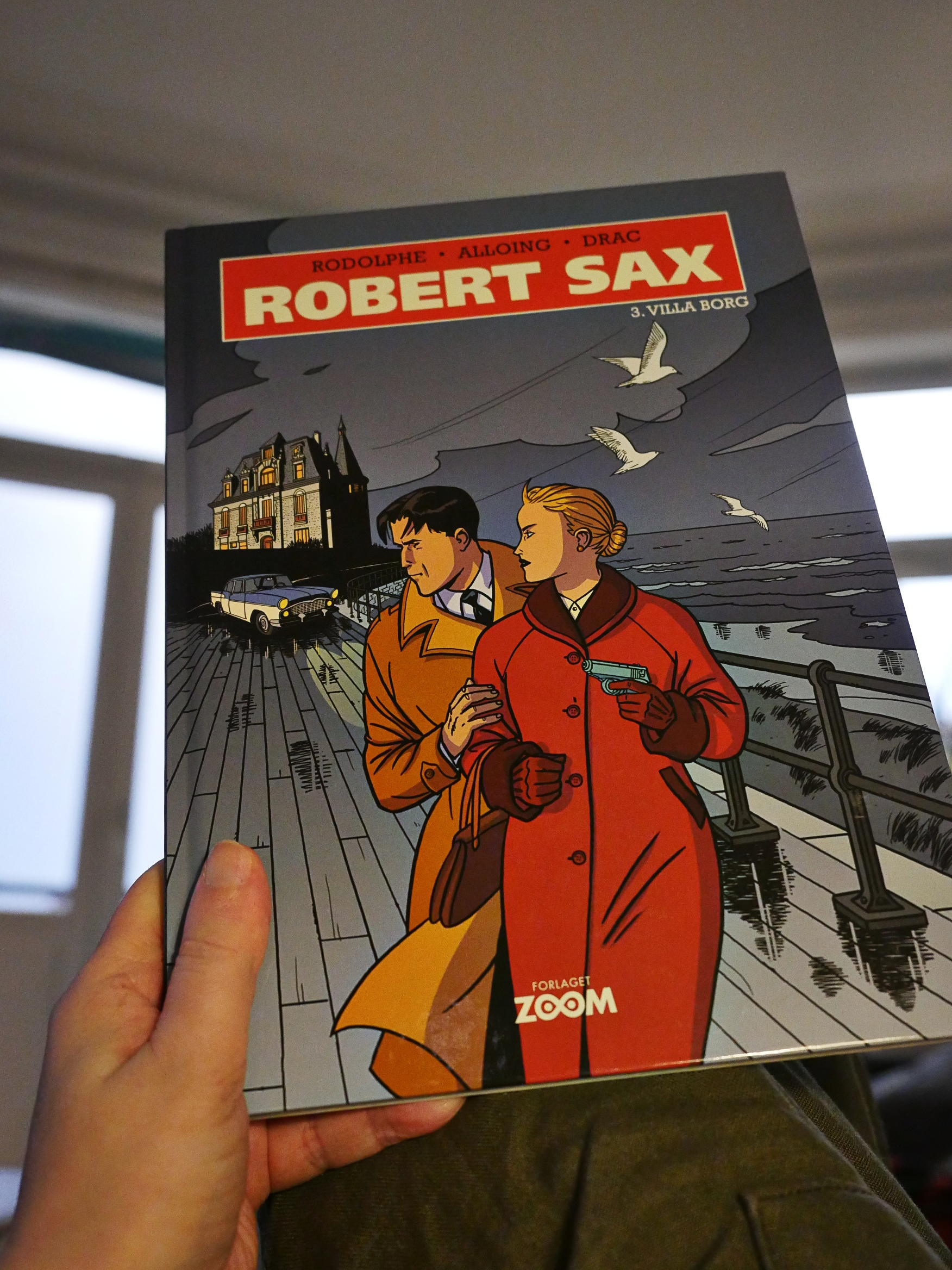 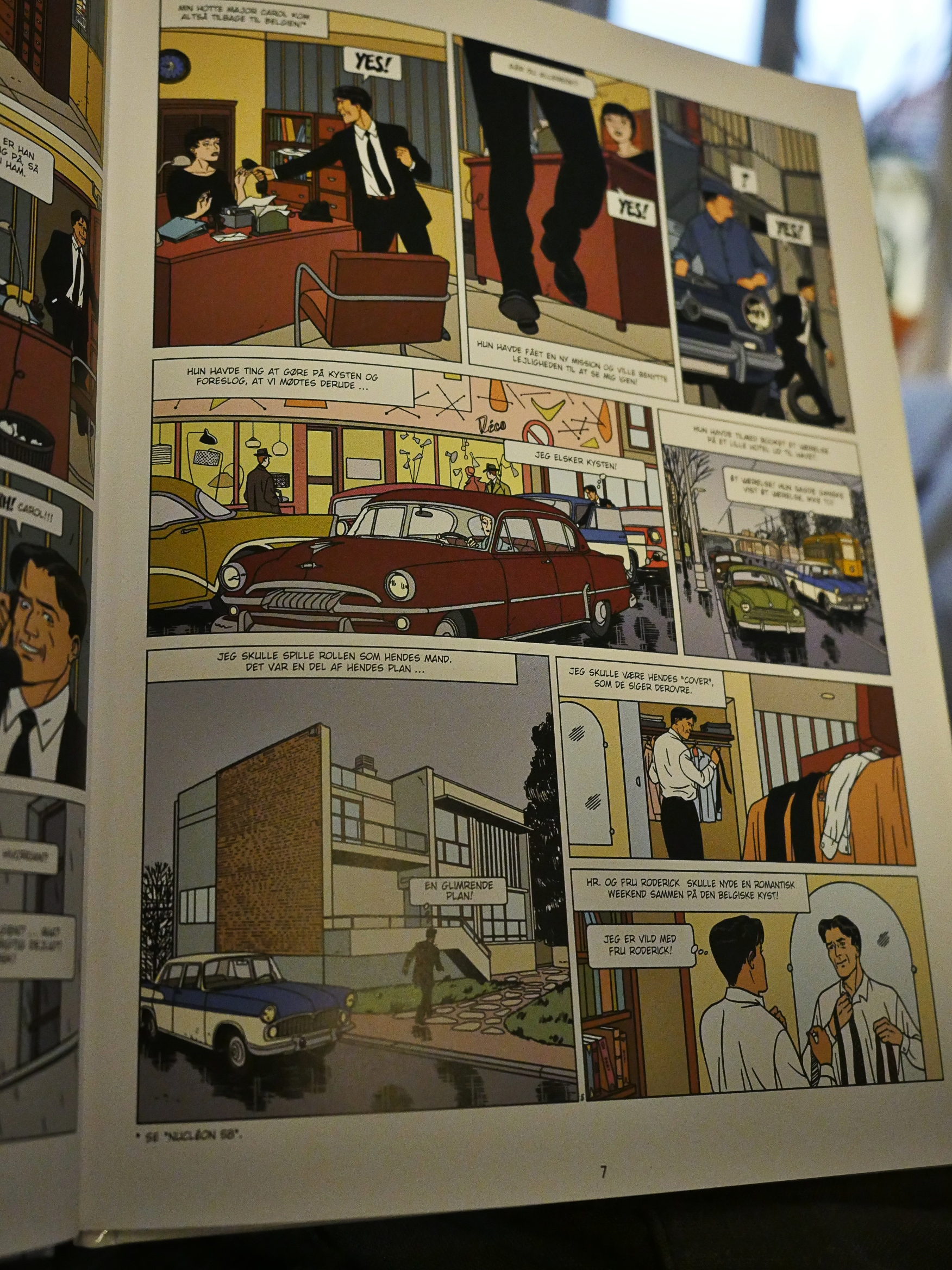 This is a new series of albums, but done in a very 50s/60s style and milieu. To appeal to the nostalgic comics reader, you’d suppose. And it works! The storyline isn’t very original, but it hums along without too many embarrassments. The artwork’s a bit basic, but you gotta like those building designs. 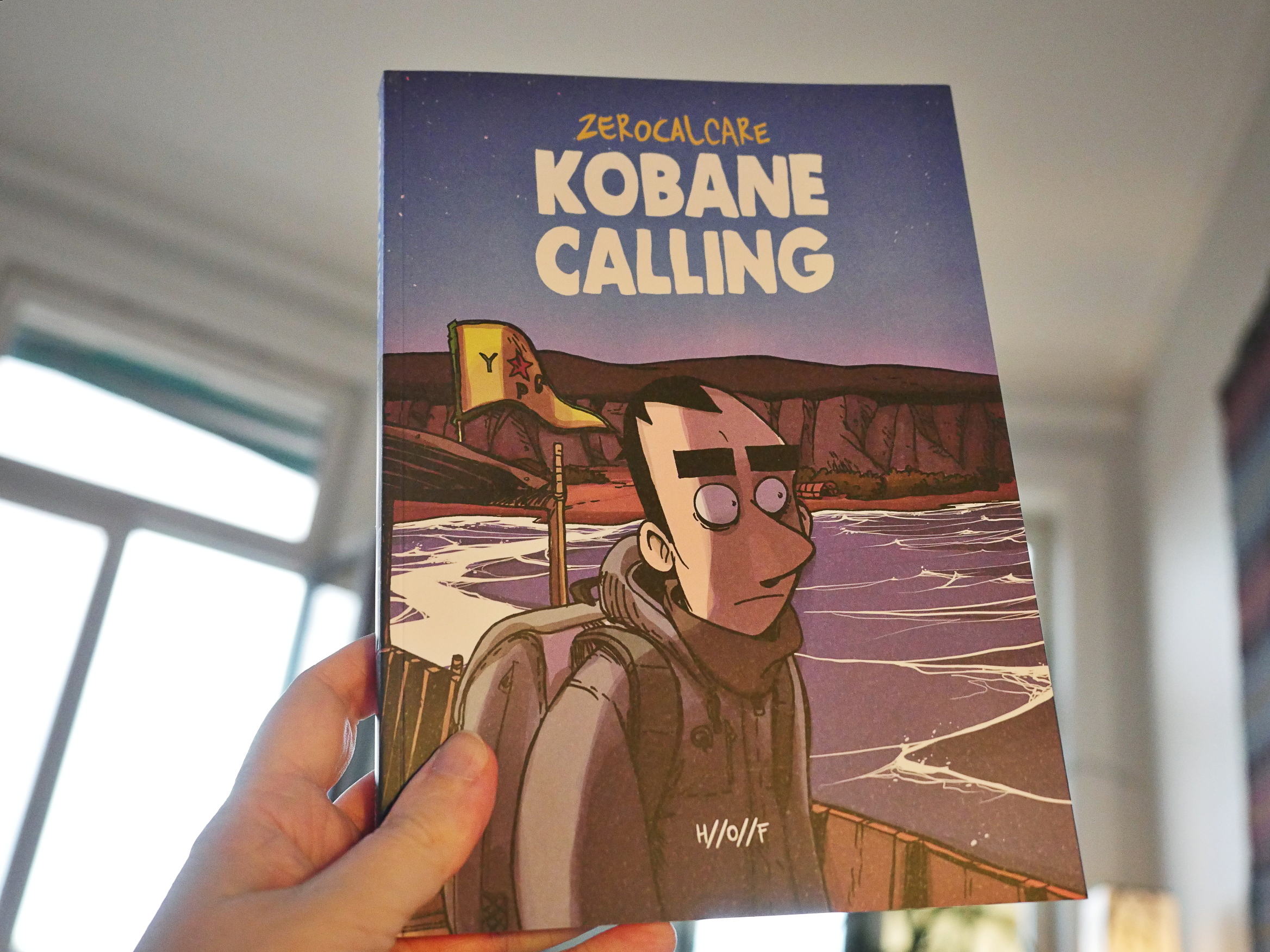 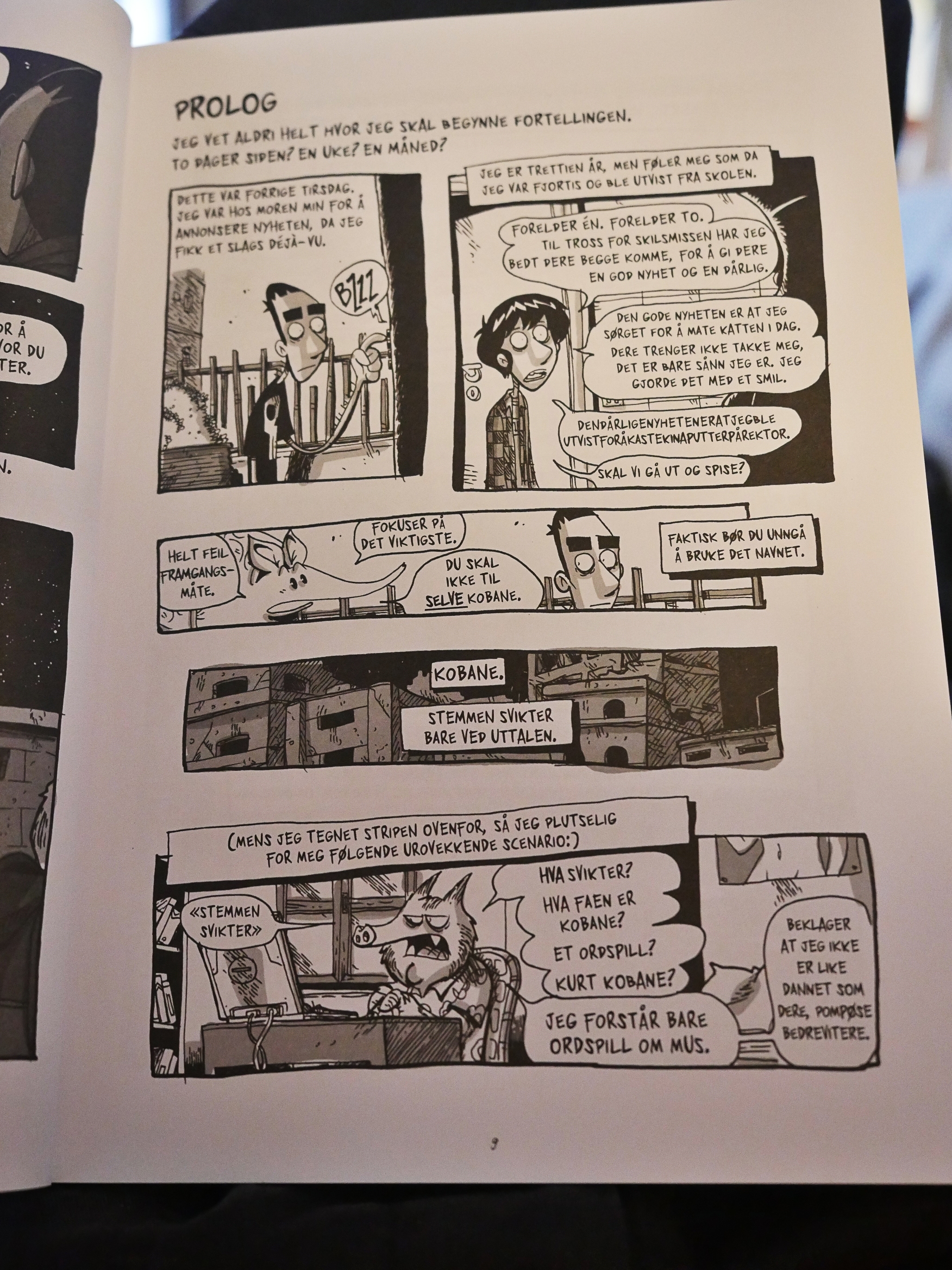 This is comics journalism (sort of) about Kurdistan. It’s hilarious! Zerocalcare shifts constantly between making fun of himself and his own foibles, and commenting in verbal-diarrhoea mode on everything, to heartfelt impressions about what’s going on, to earnest (sort of) didacticism. I laughed (out loud) and I cried. 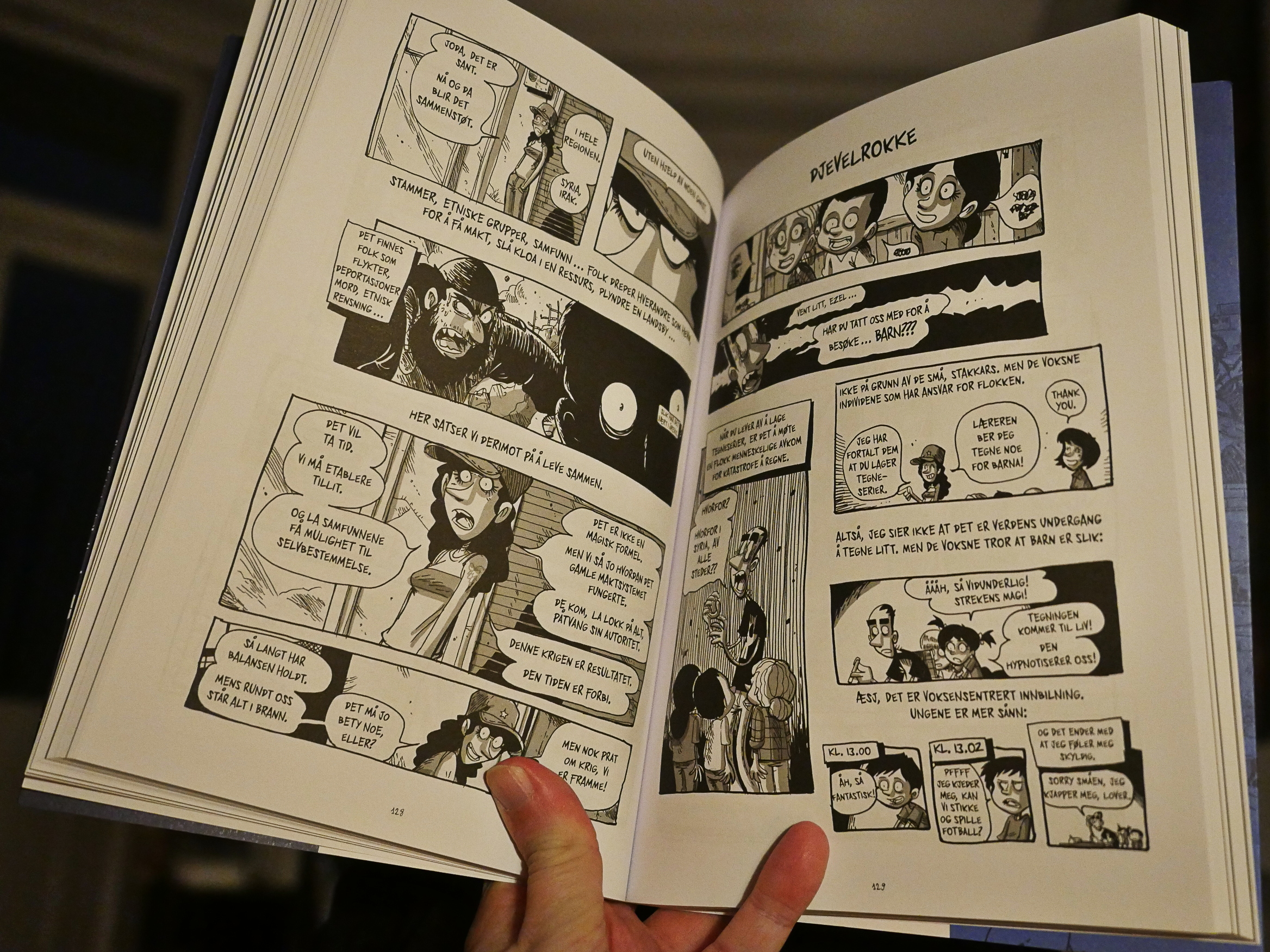 It’s such a lively book. The artwork is a bit cramped by all the text, but Zerocalcare makes good use of the remaining space: He draws everybody as complete individuals and really gives us the feeling of his impressions of everybody.

So, sure, he’s a total wise-ass, but he’s funny, and that makes up for a lot.

If I have one criticism, it’s that I was exhausted by the book halfway through and had to relax by doing Emacs bug triage for a few hours before completing the book.

So that’s all for today; hopefully tomorrow will be an all day all comics kind of day.