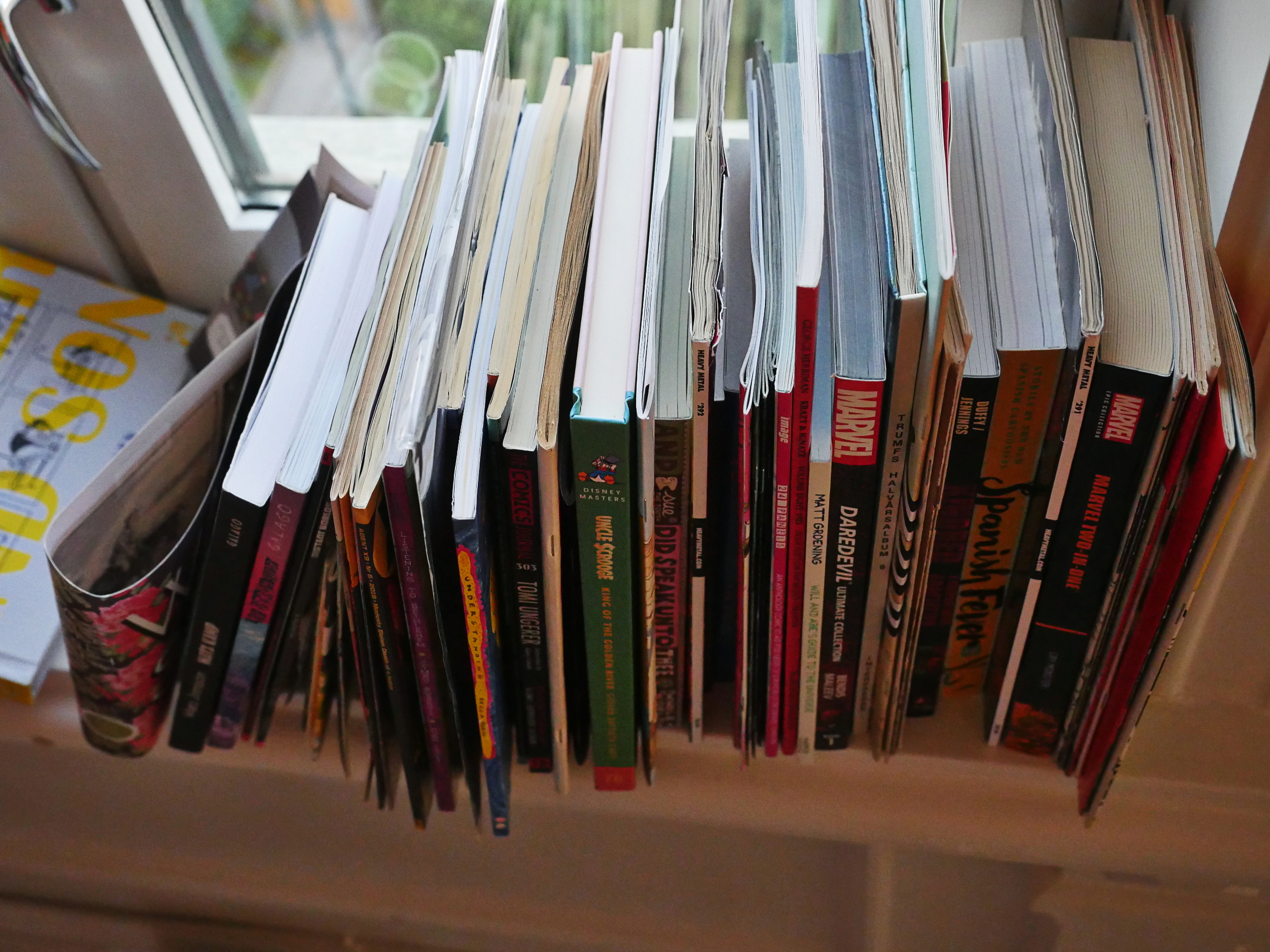 OK, got a really late start today, so this’ll be a short one. But just comics; no reviews, as usual, because busy busy. 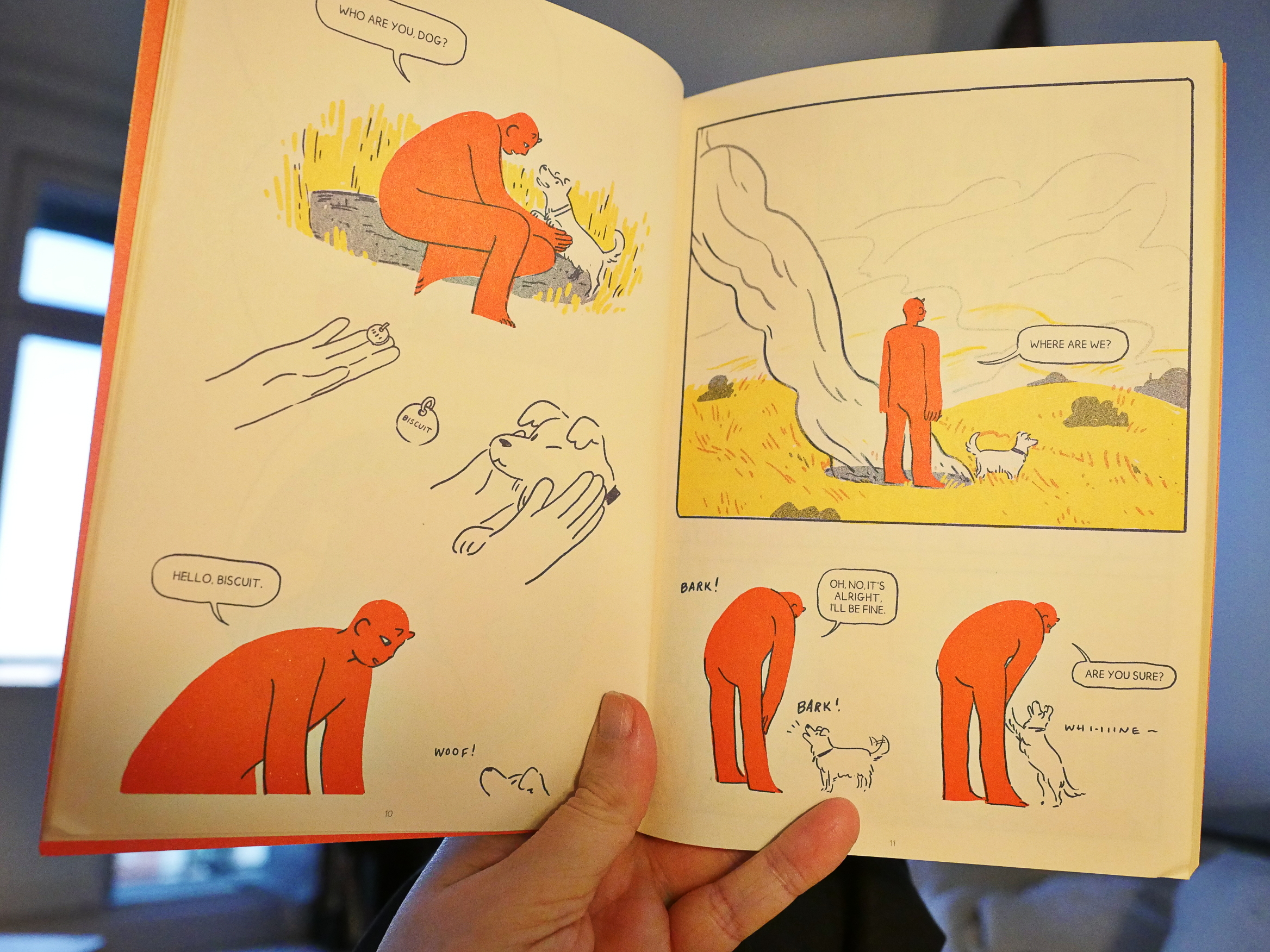 This sounds like a high concept comic (a fire demon comes to live on a farm), but it’s really sweet. 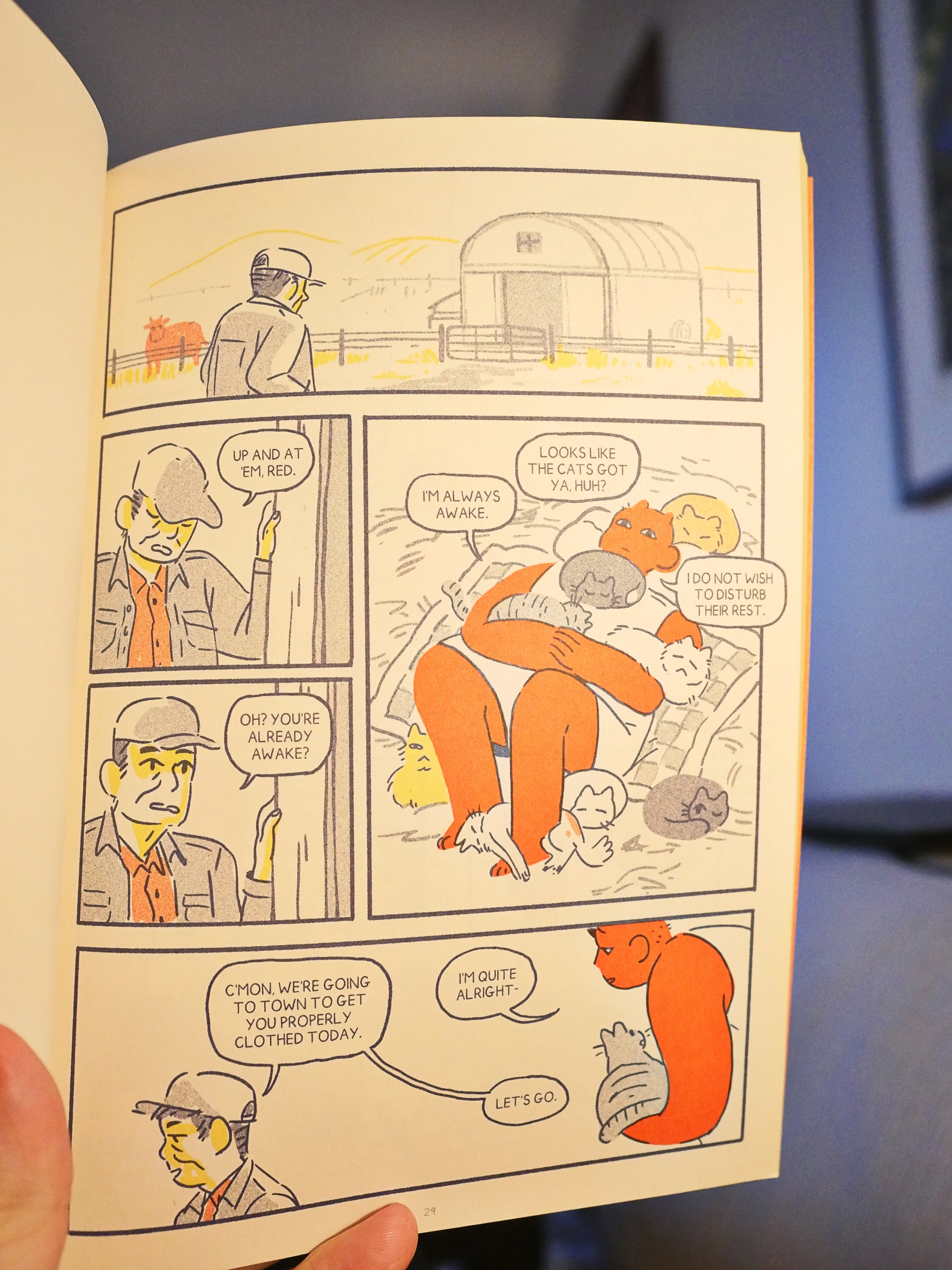 It’s got a quiet ruminative feel.

Unfortunately the ending was kinda meh. 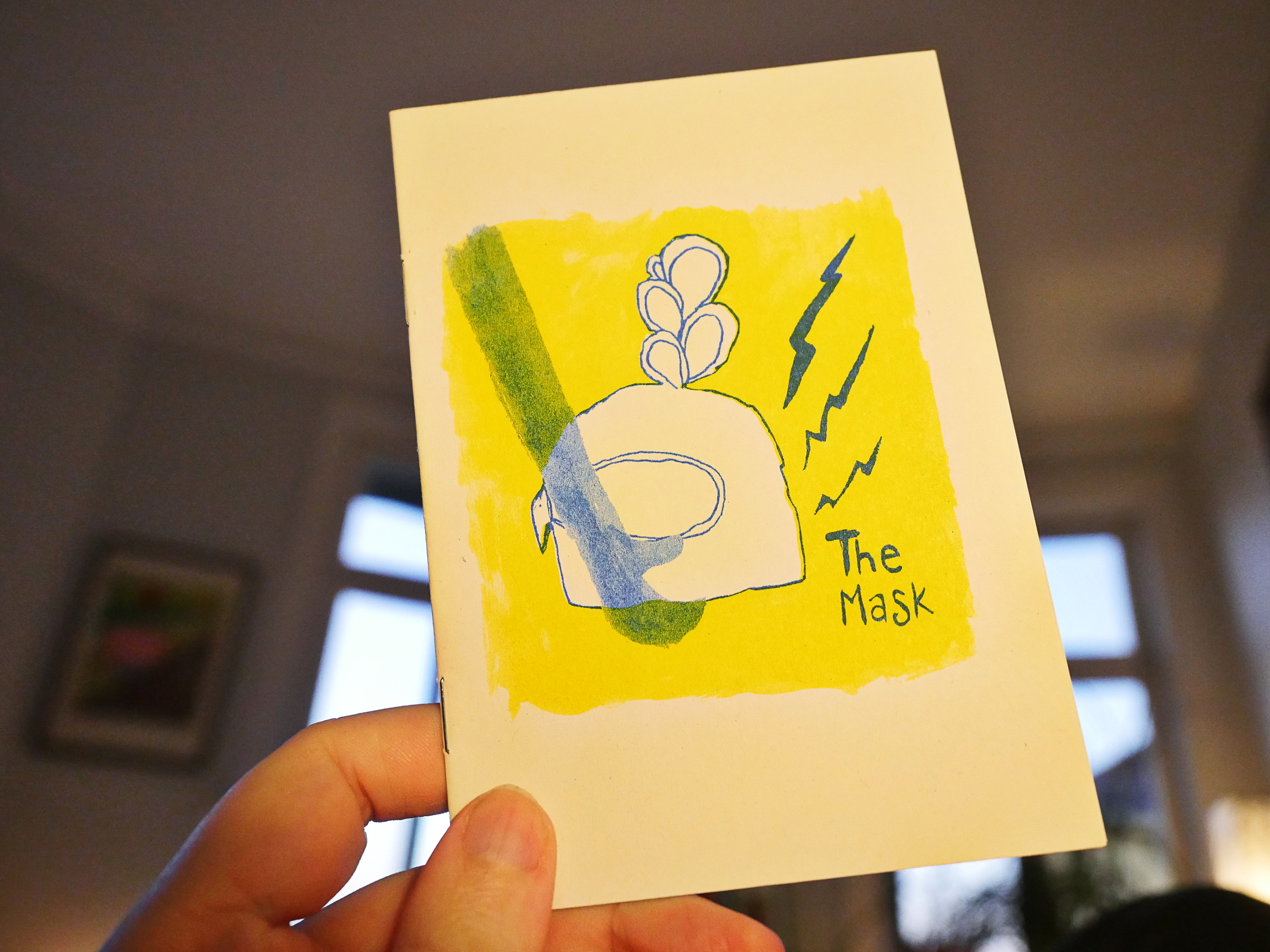 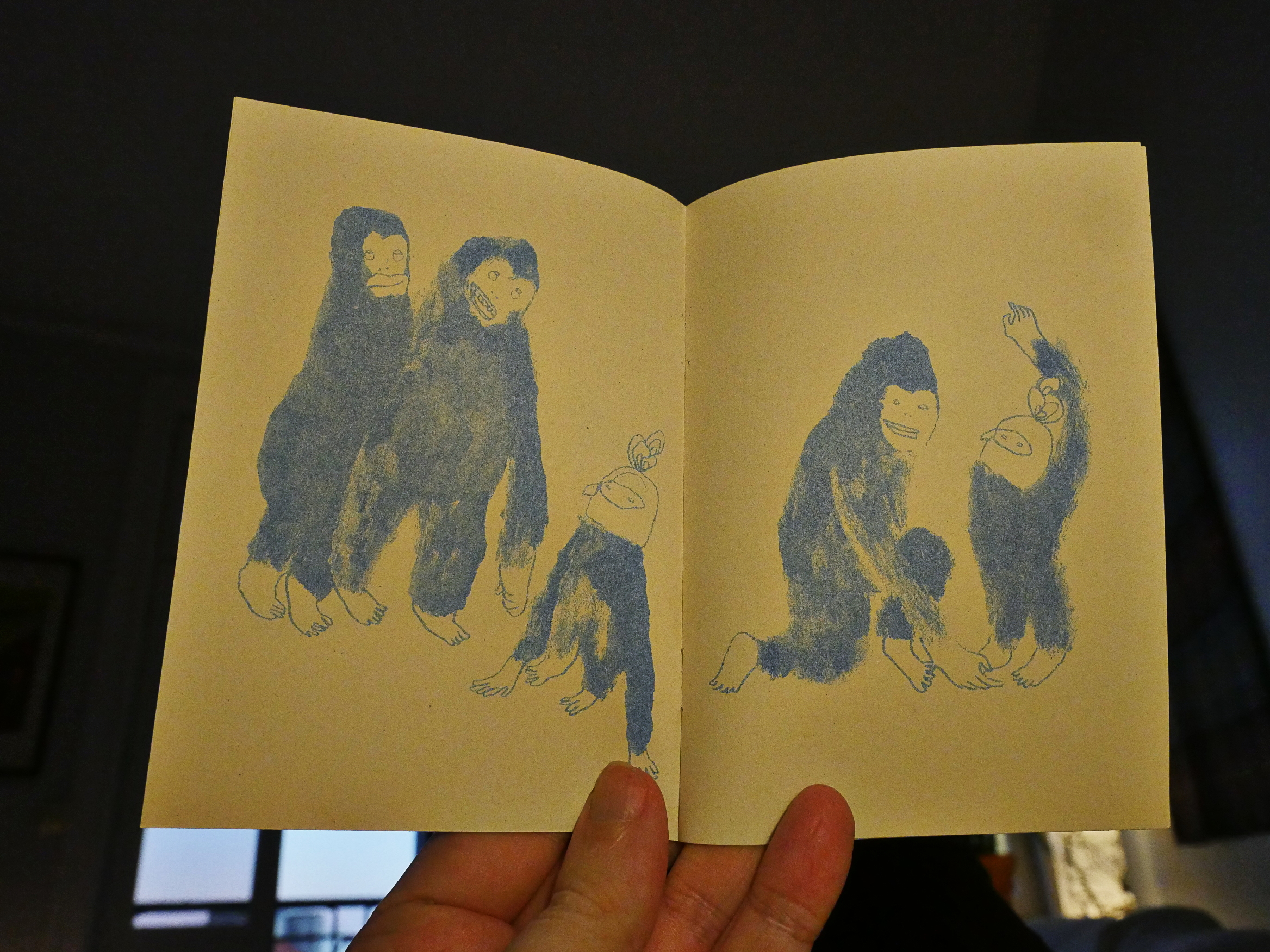 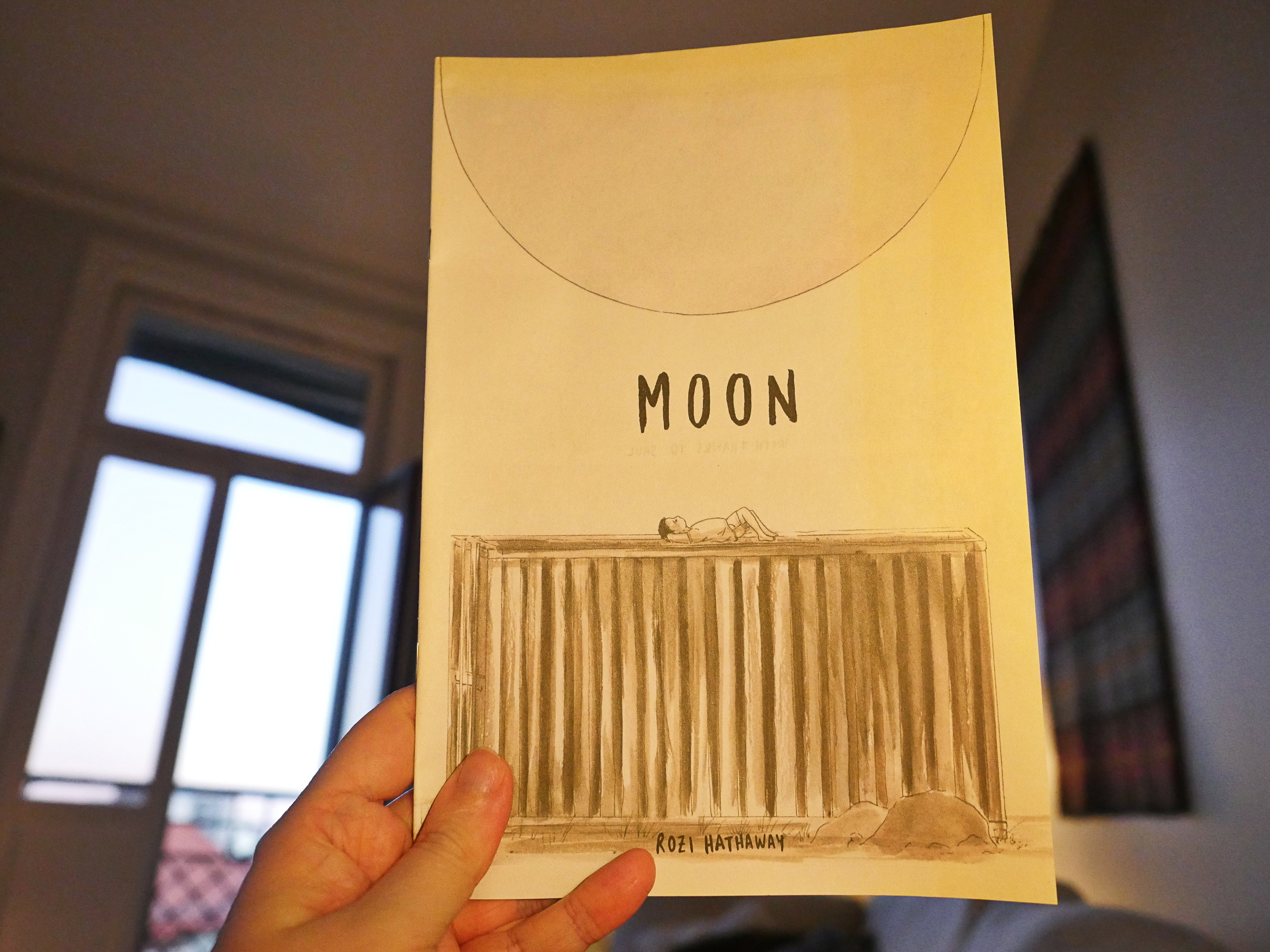 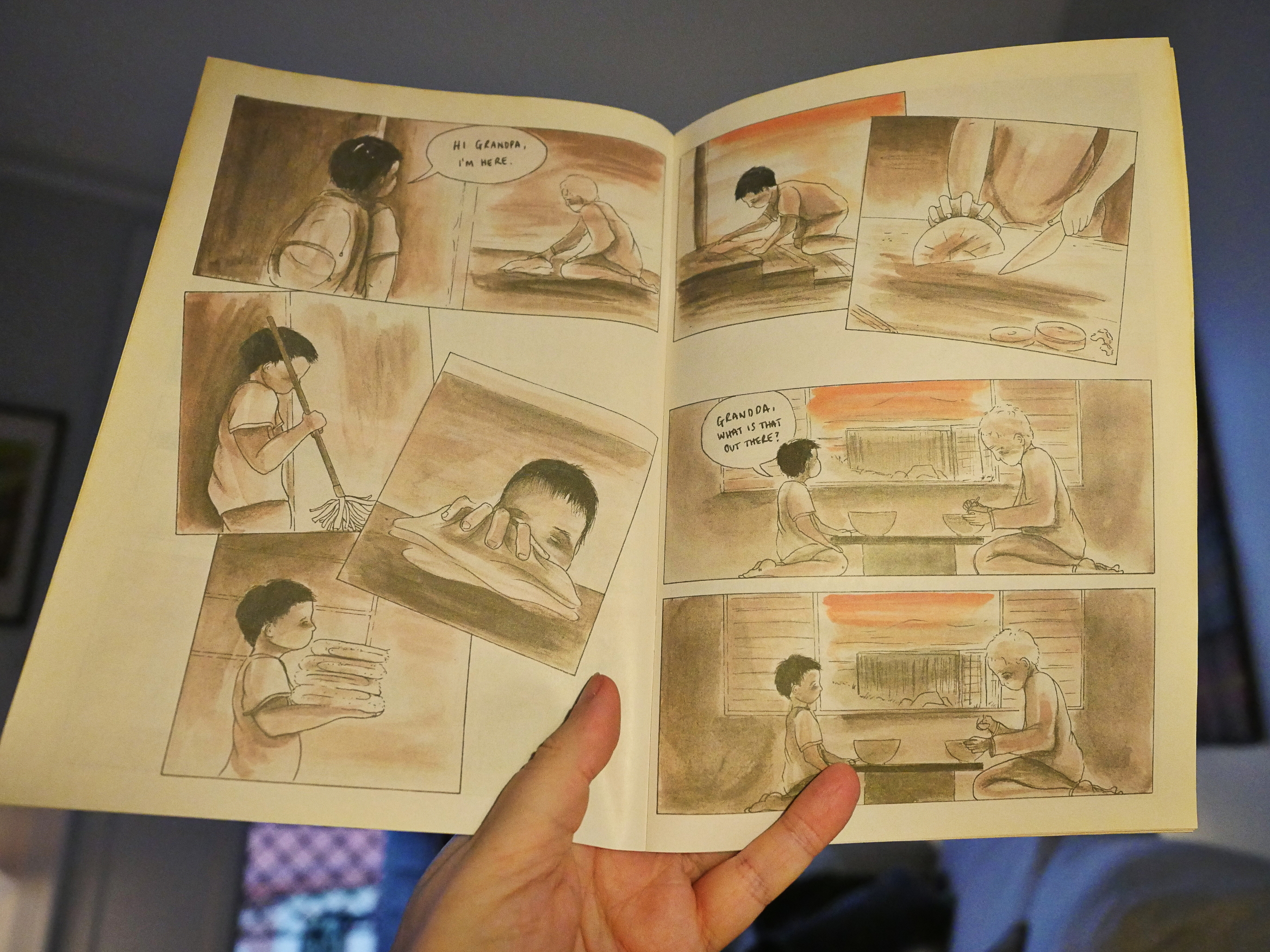 This is (I think?) structured as a fairy tale, but it’s so difficult to tell on a page-to-page basis just what’s happening that I’m… not sure? 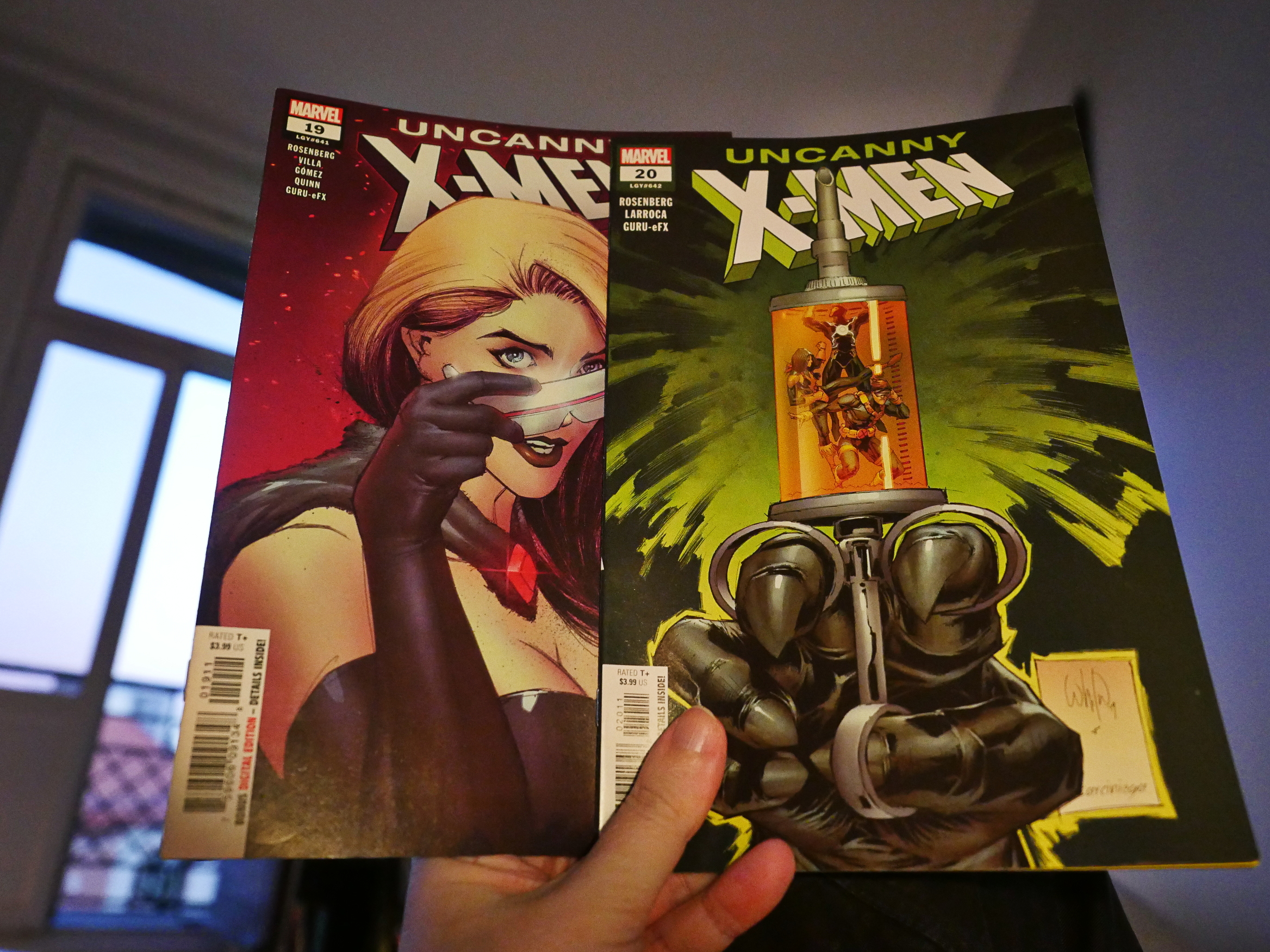 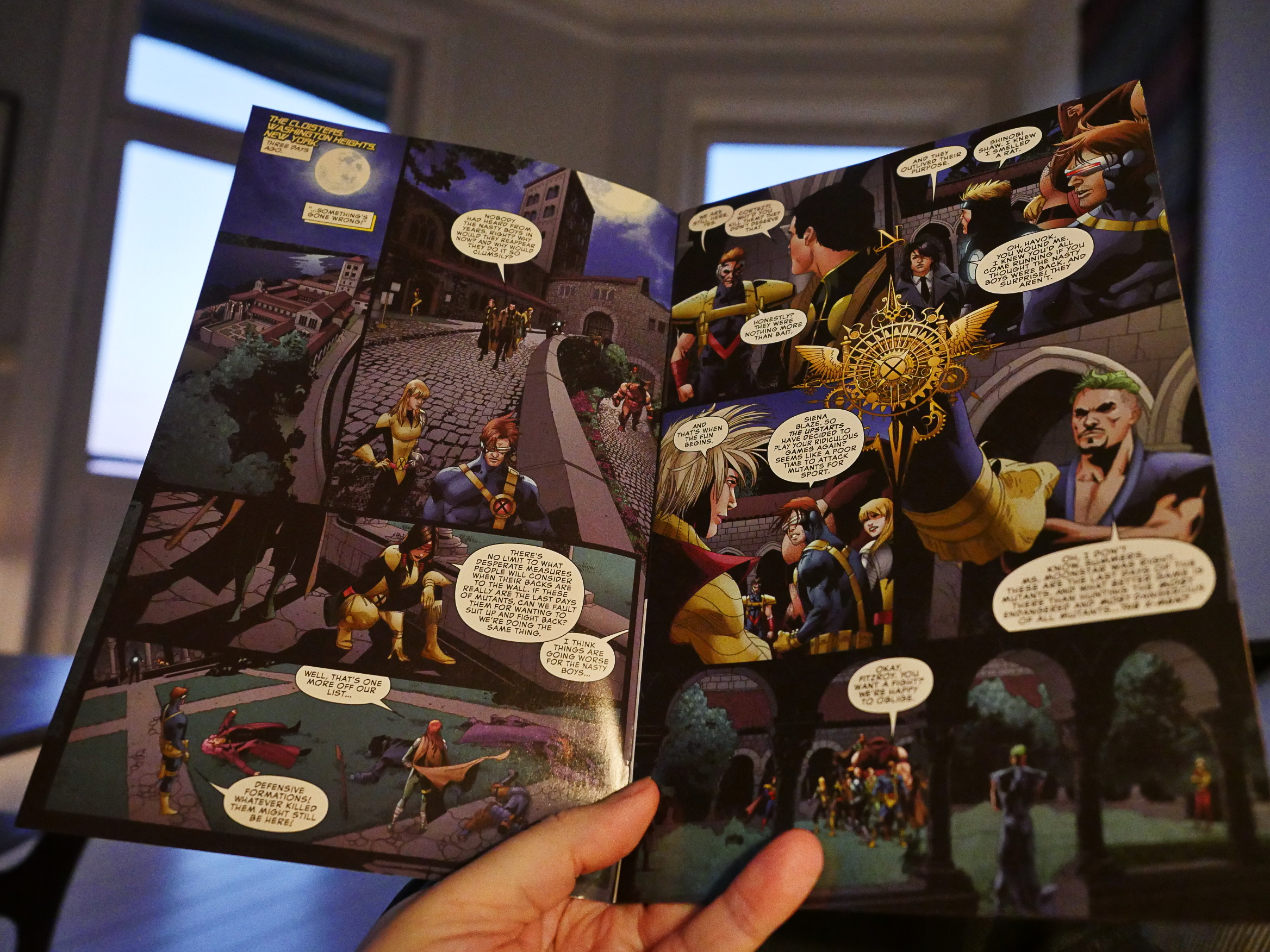 Man, this is relentlessly ugly and dull. I was an X-Men fan in my childhood and I drop in on them still now and then… and most of the time, it’s just so boring now. The stakes are Always The Highest Possible, which means nothing really matters. 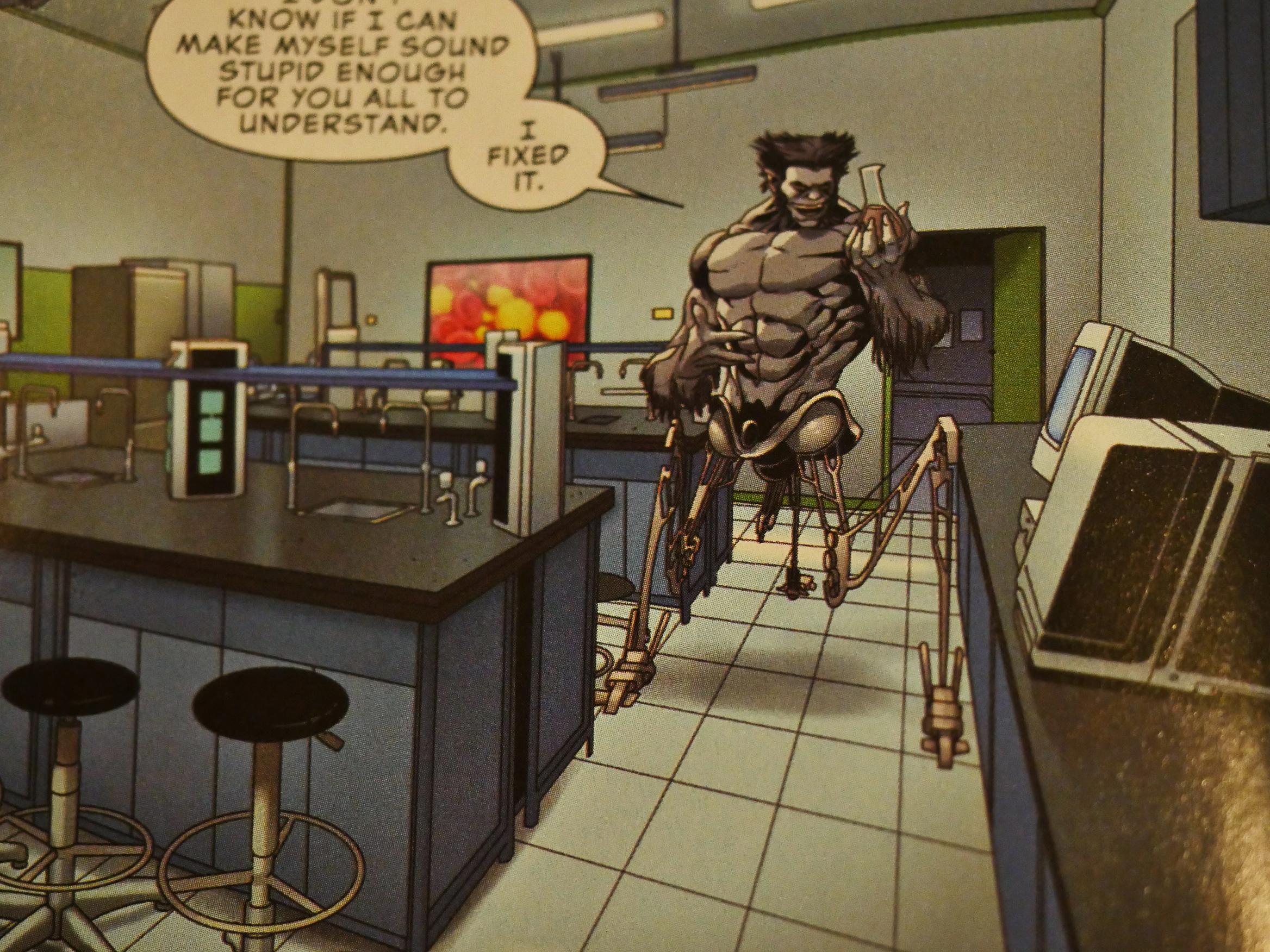 … but it’s mind-numbingly tiresome. I do seem to remember that Rosenberg guy writing some stuff that was mildly entertaining at one point, but this… I kinda like this. It’s mildly befuddling, but the mix of mundane er dialogue and the wild, wild artwork is nice. But I didn’t connect with this book much. I was all “uhm… where’s he going with this…” Which he probably explained in the afterword, but I skipped it. Hah! Uhm… this has a rambling quality that’s not unappealing… … but the jokes are a bit on the underdeveloped side? Is the thing here that it’s supposed to be created by a couple of children? I guess it does have that feeling (i.e., somebody writing as if they were children), but, it’s…. Well. I don’t know what volume this is in the series… but as most people (ahem), I was flabbergasted by the first volume when it was published. Imagine! A comic strip from that age that’s not a chore to read! Not only that, but it’s like good and stuff!

But as the years have passed, I don’t think King kept things puttering along on the same high level… I was almost *gasp* bored by the previous volume.

But this! It’s much better! It seems like King has gotten a second wind now that Skeezix is a bit older and can have real adventures on his own. This volume is very enjoyable. And, of course, the artwork’s just so appealing.

But one note: It seems like everybody says that this is a “real time” strip, and it’s not. I mean, everybody grows older about the rate you’d expect, but most of these plot elements (that take weeks to be published) would be absurd if they took that long in the world depicted.

How’s that for incisive criticism?

But now it’s the middle of the night and I can’t read more comics because sleep.