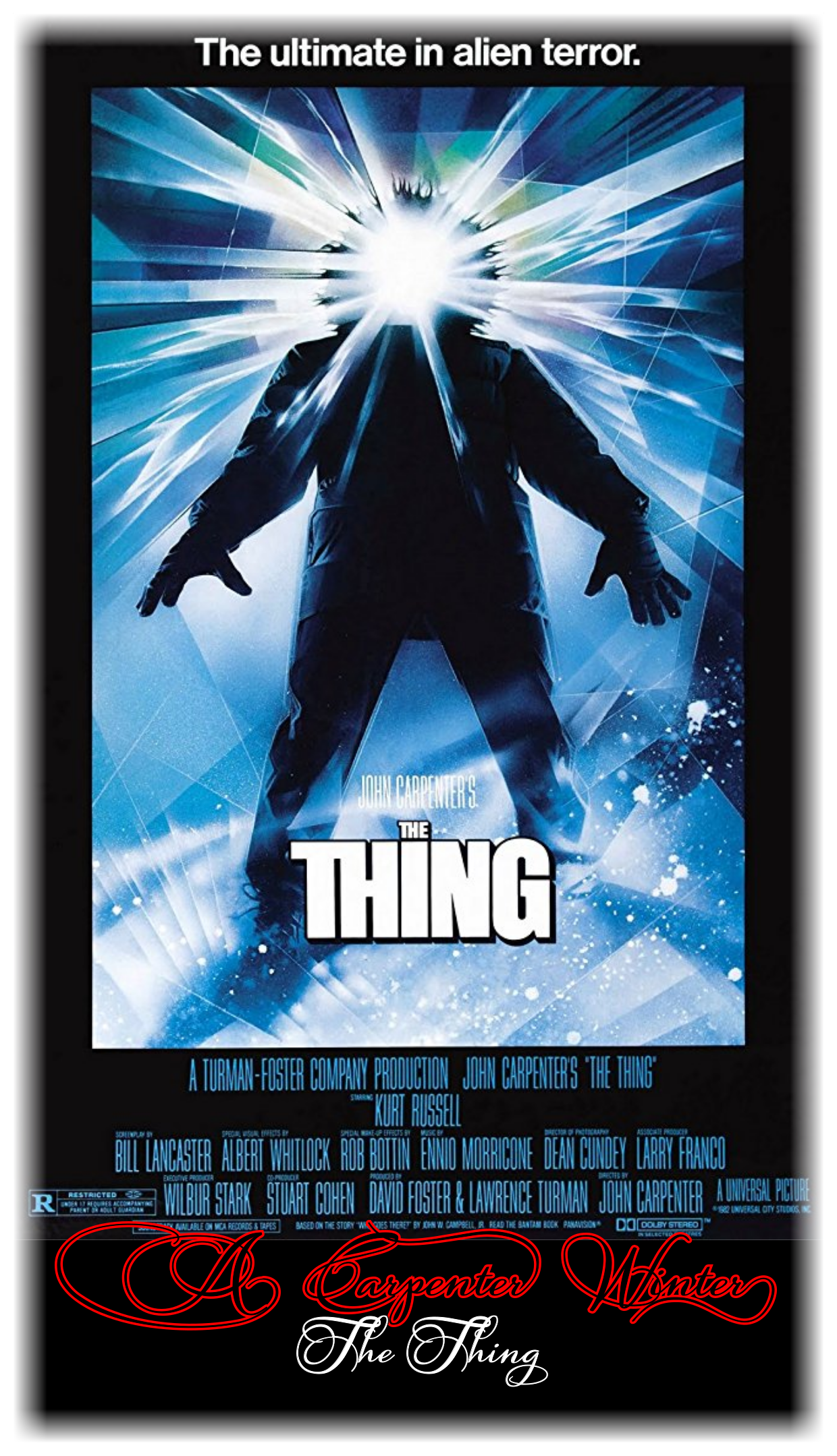 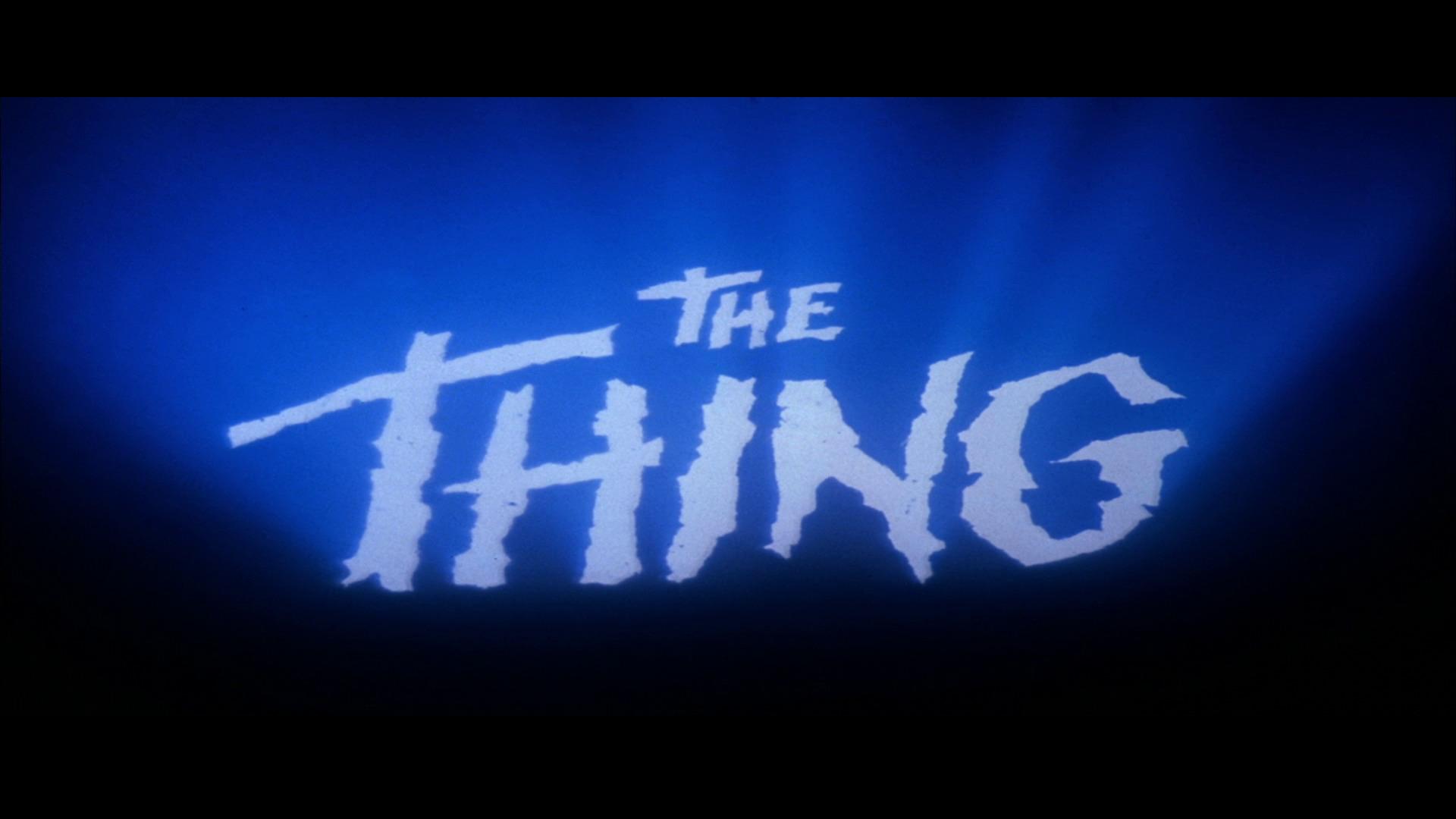 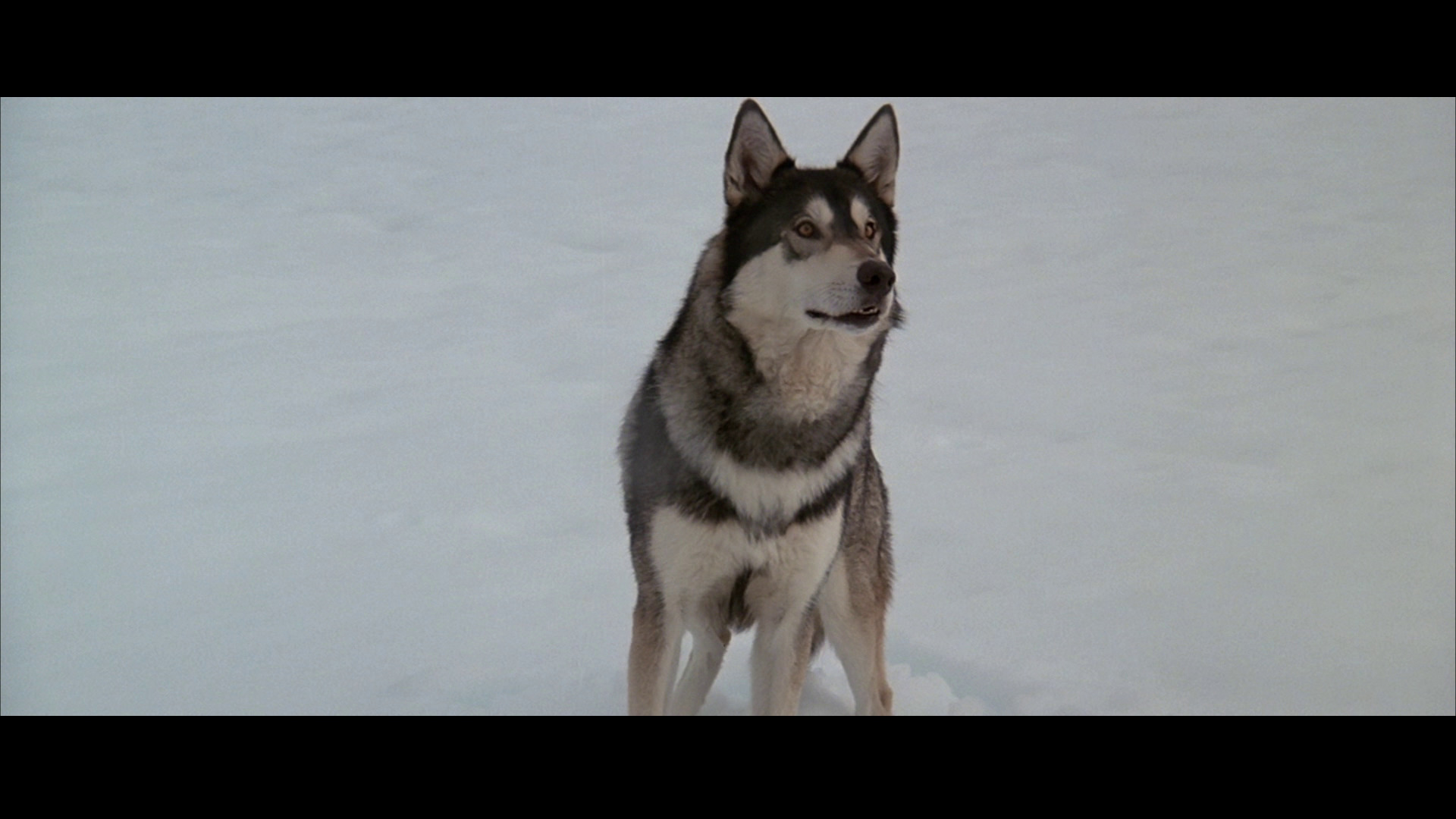 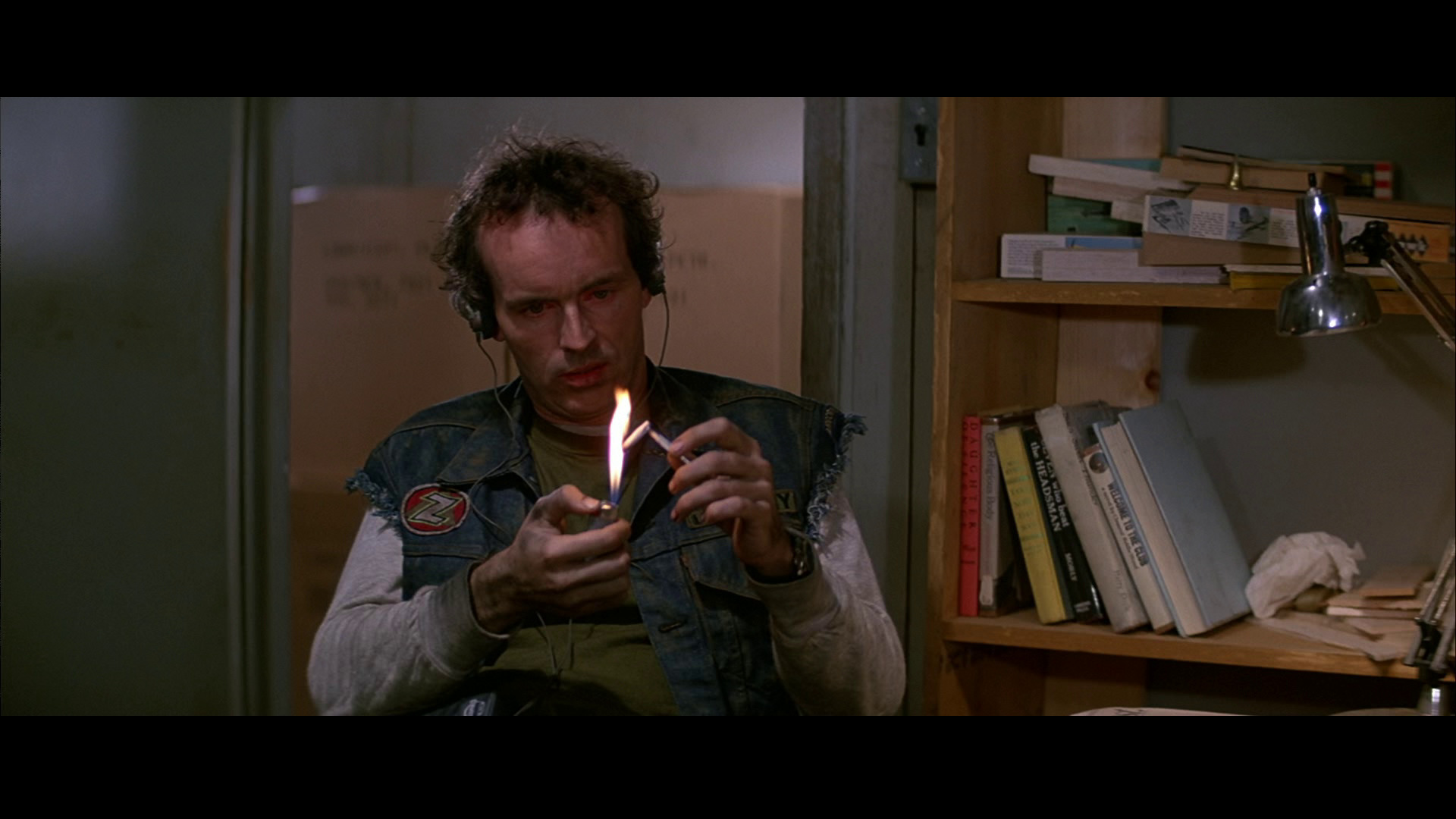 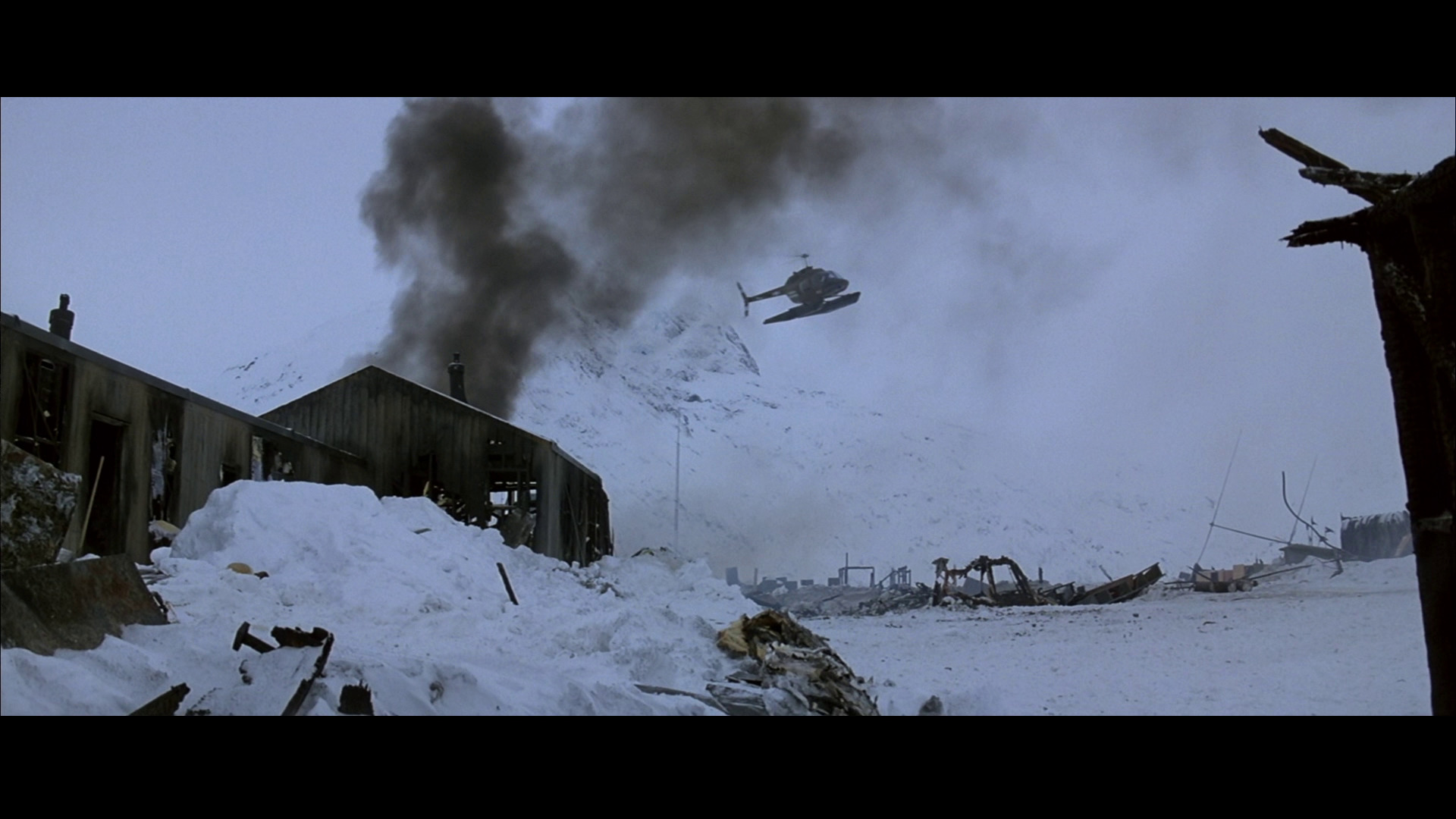 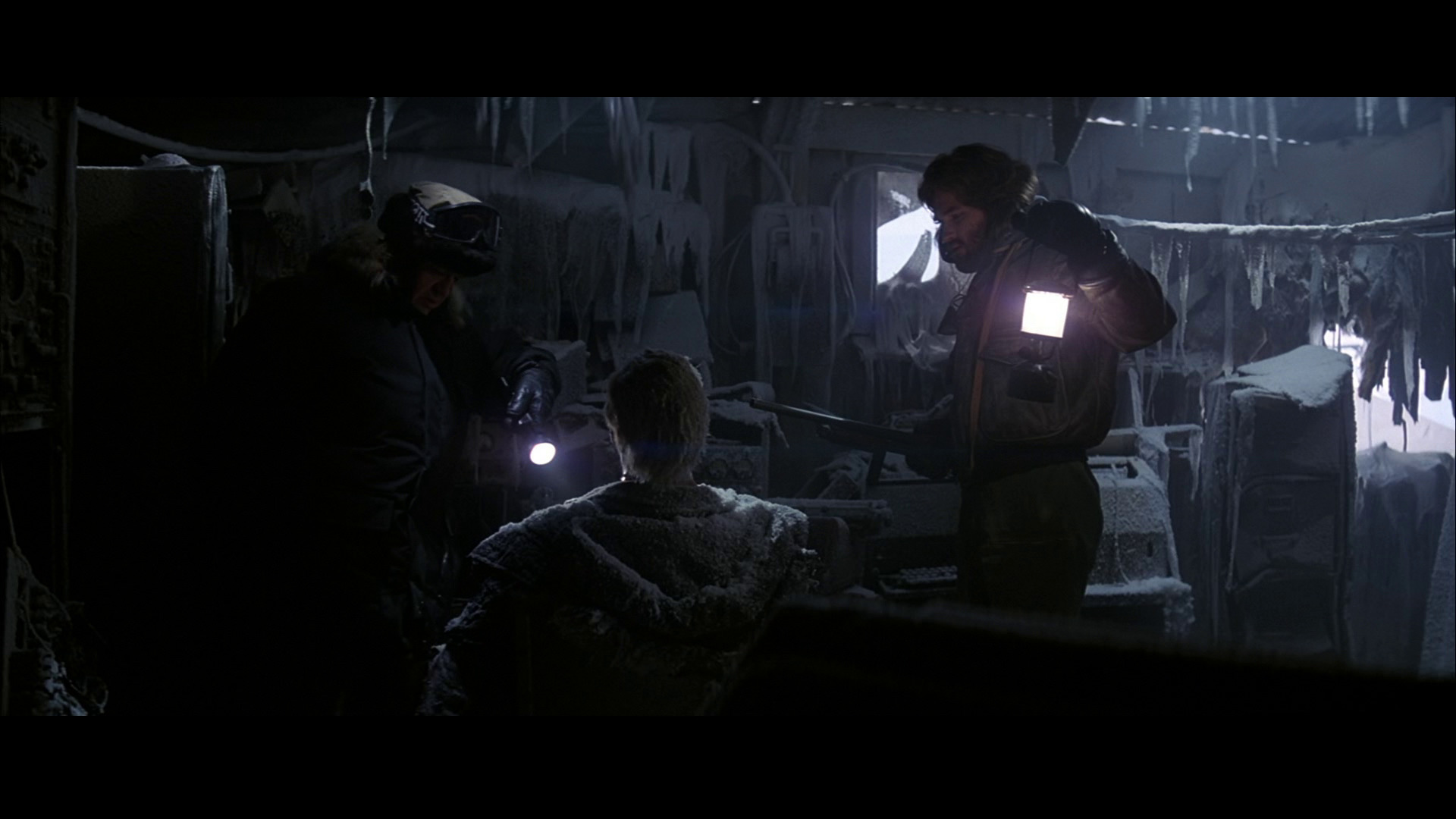 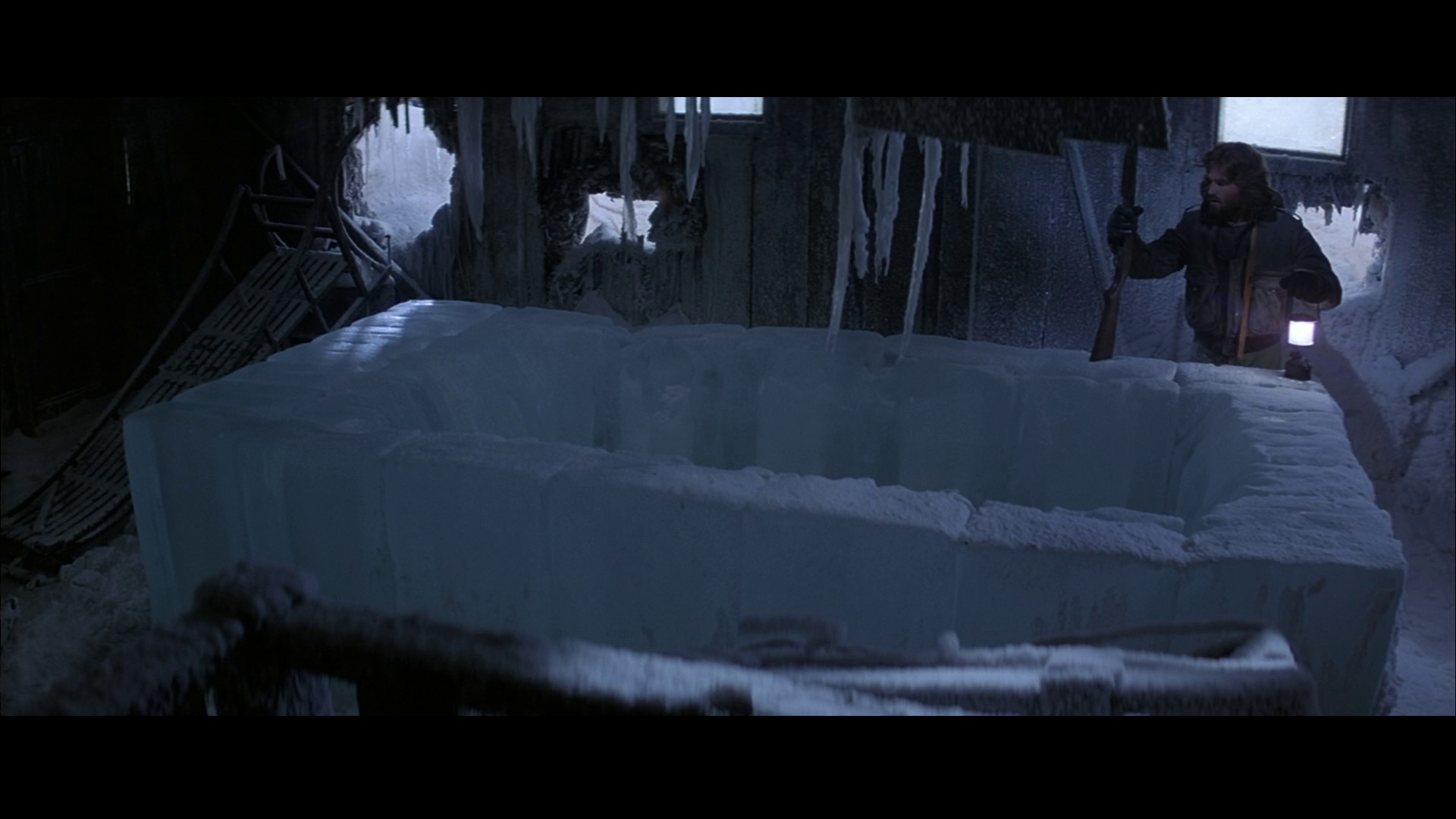 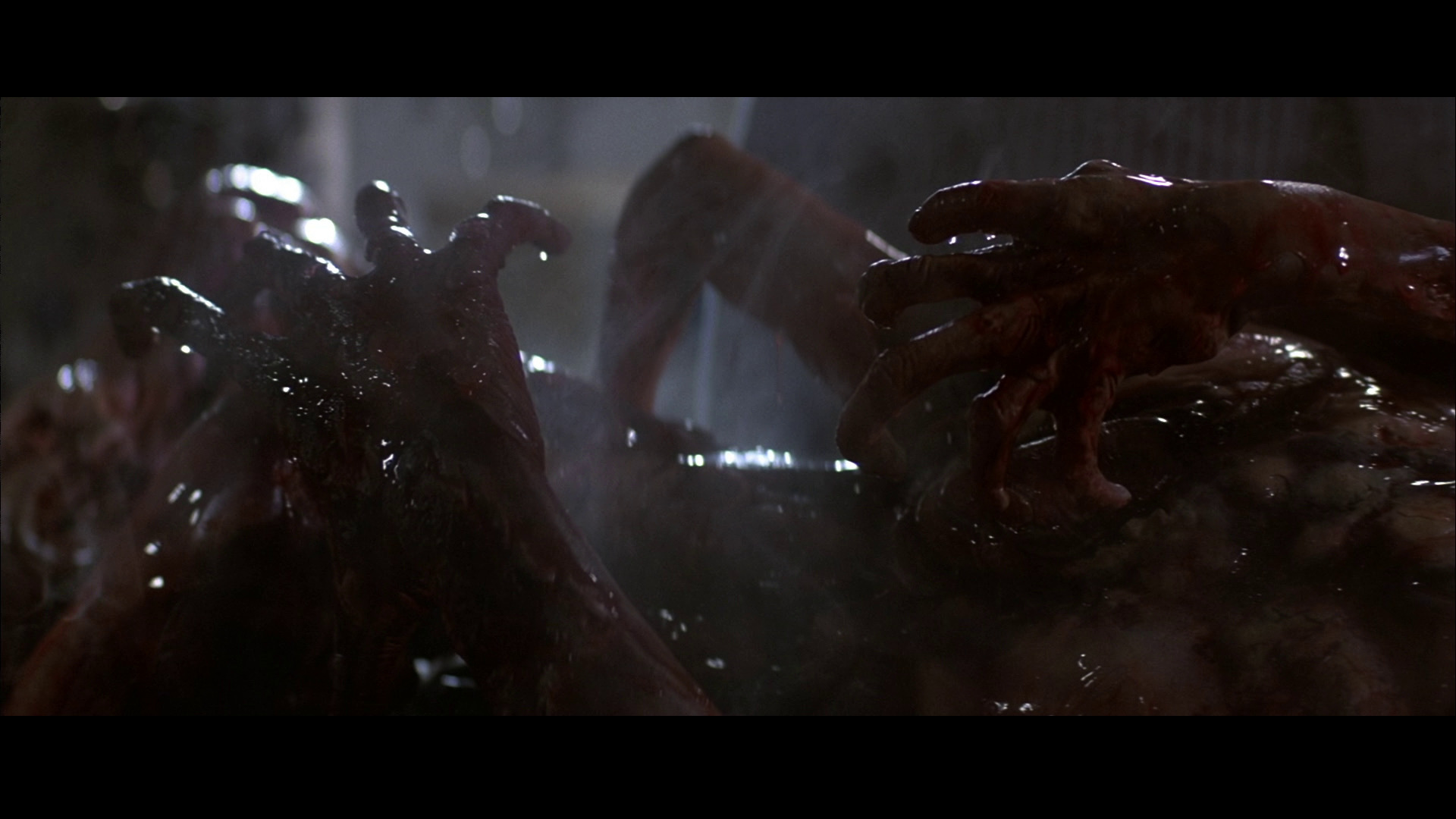 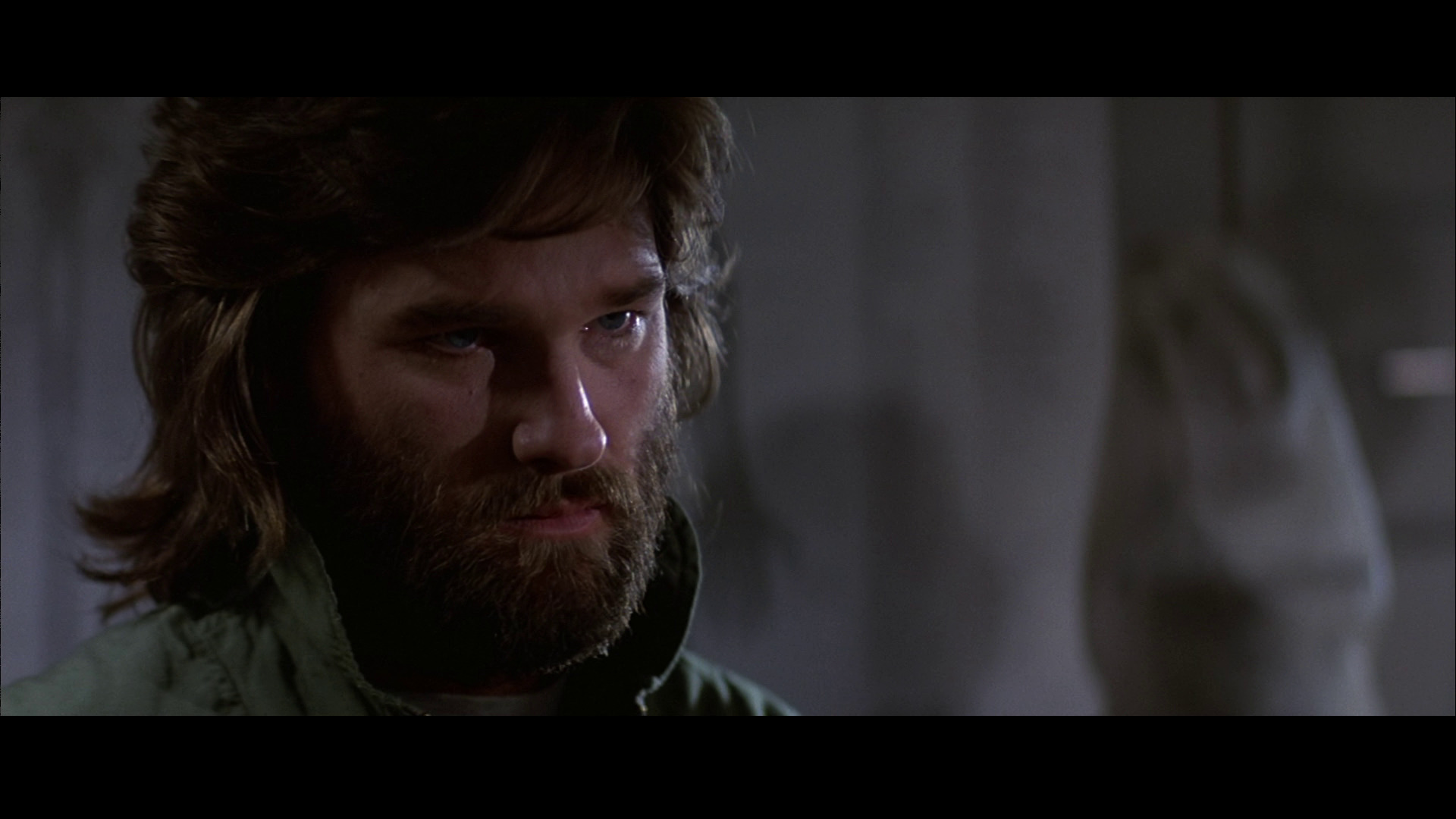 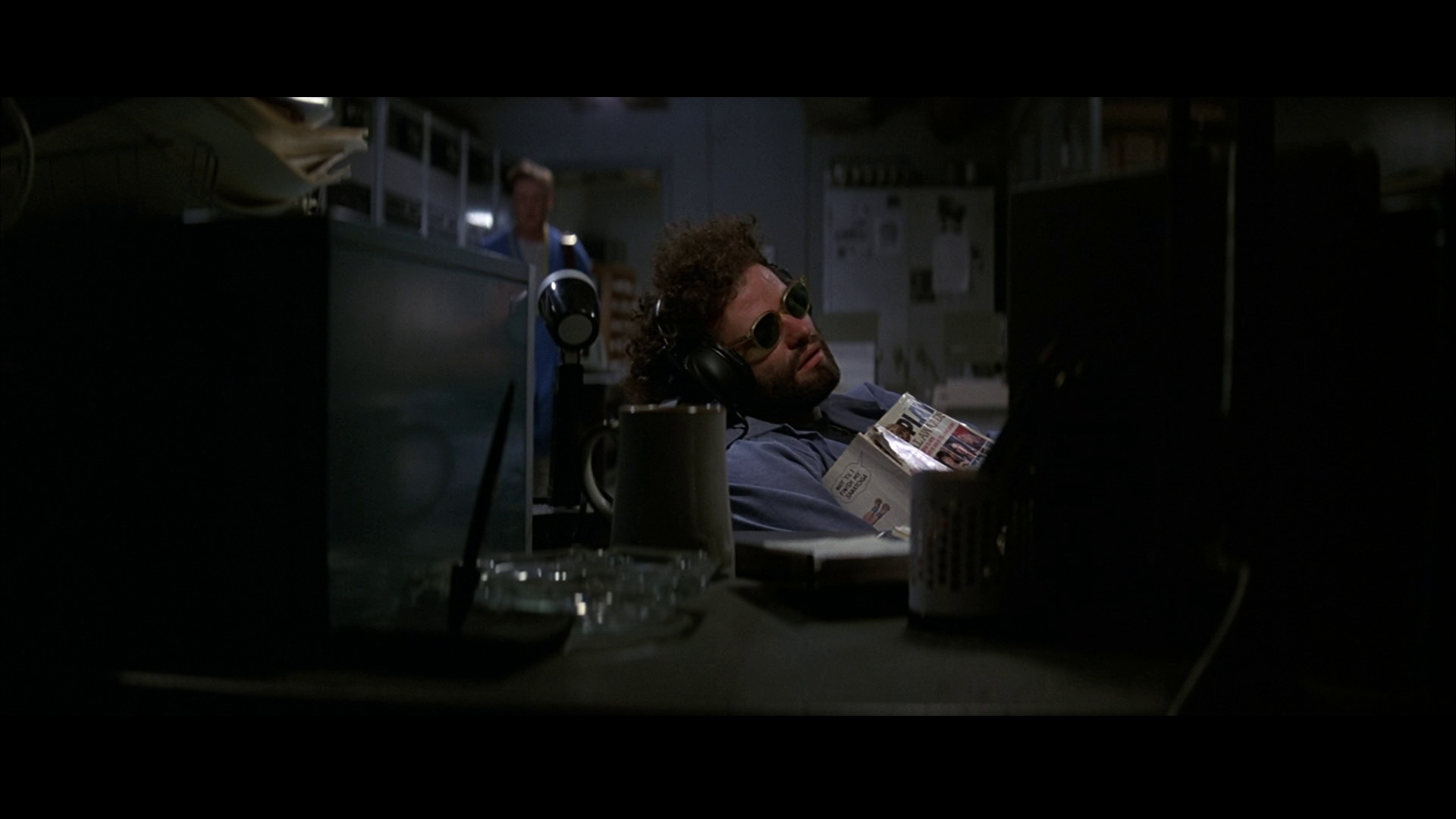 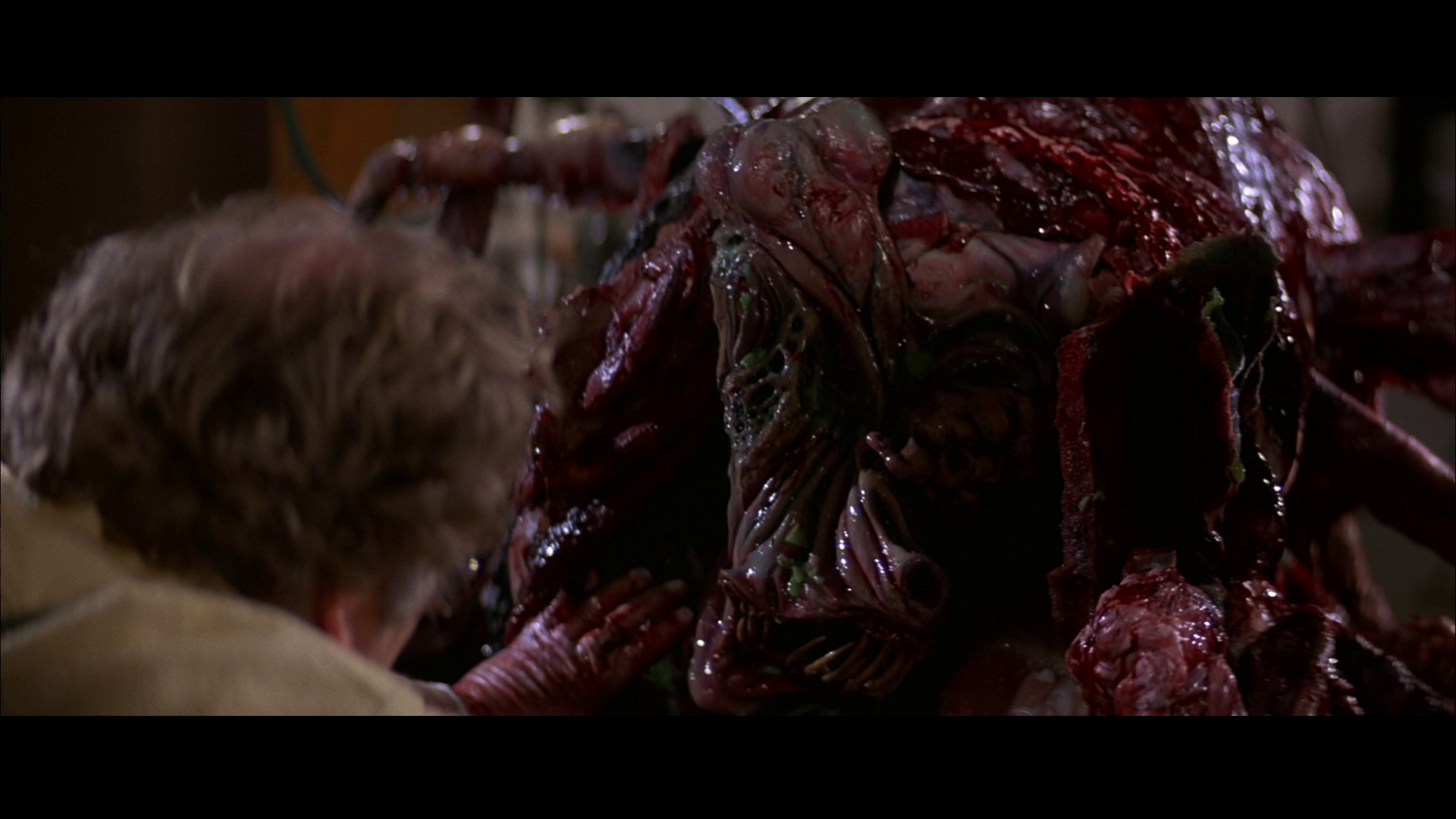 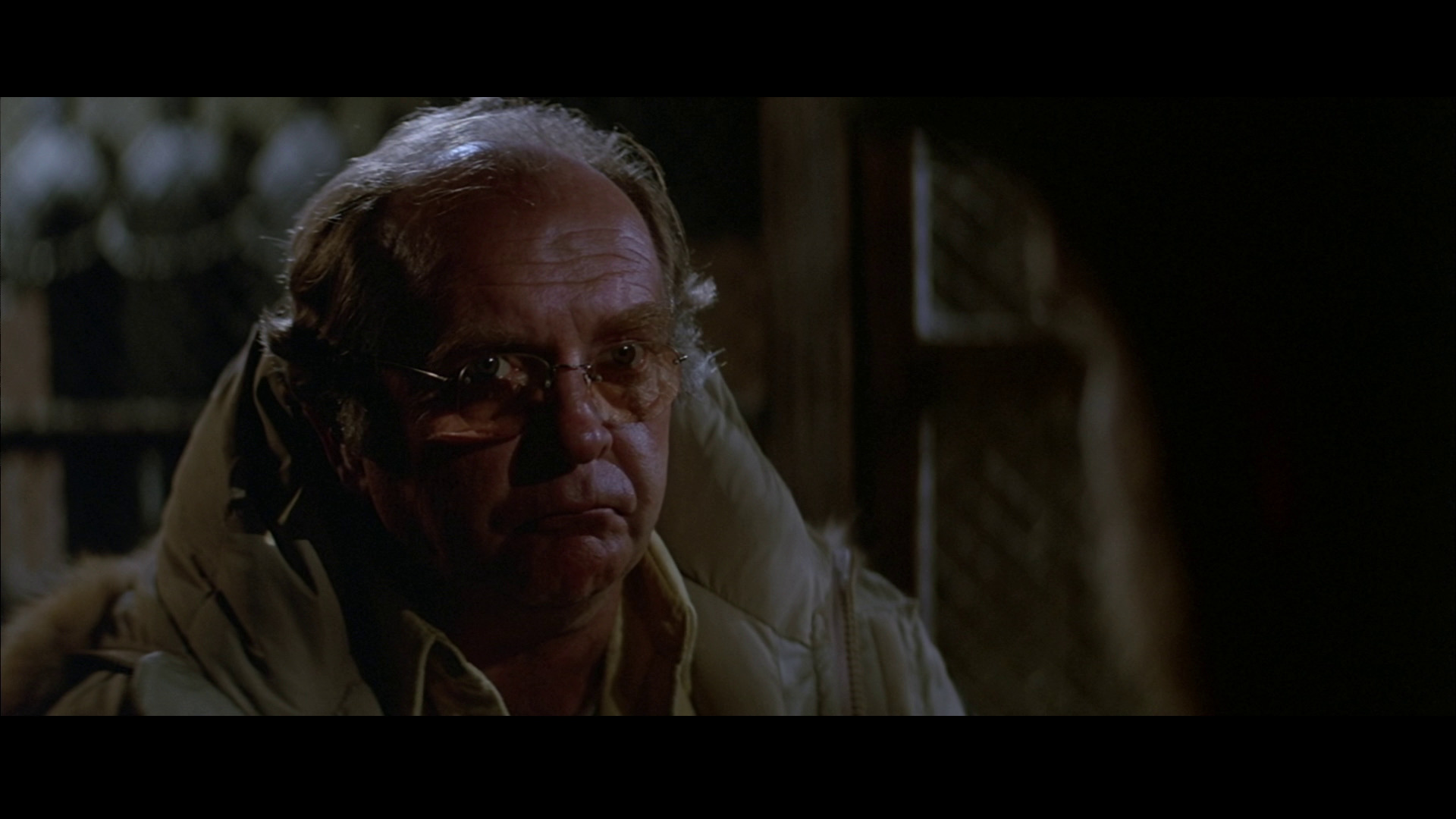 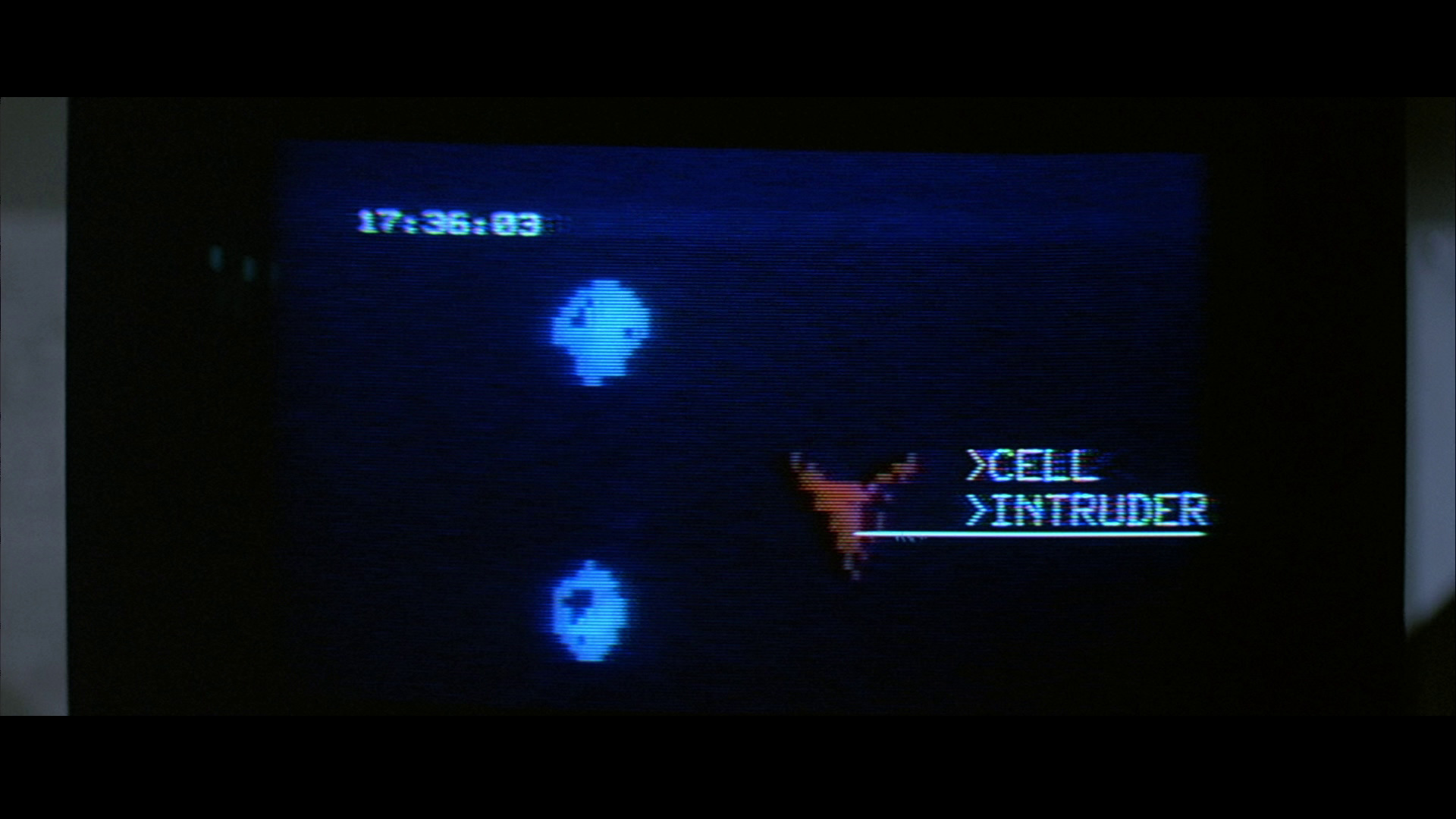 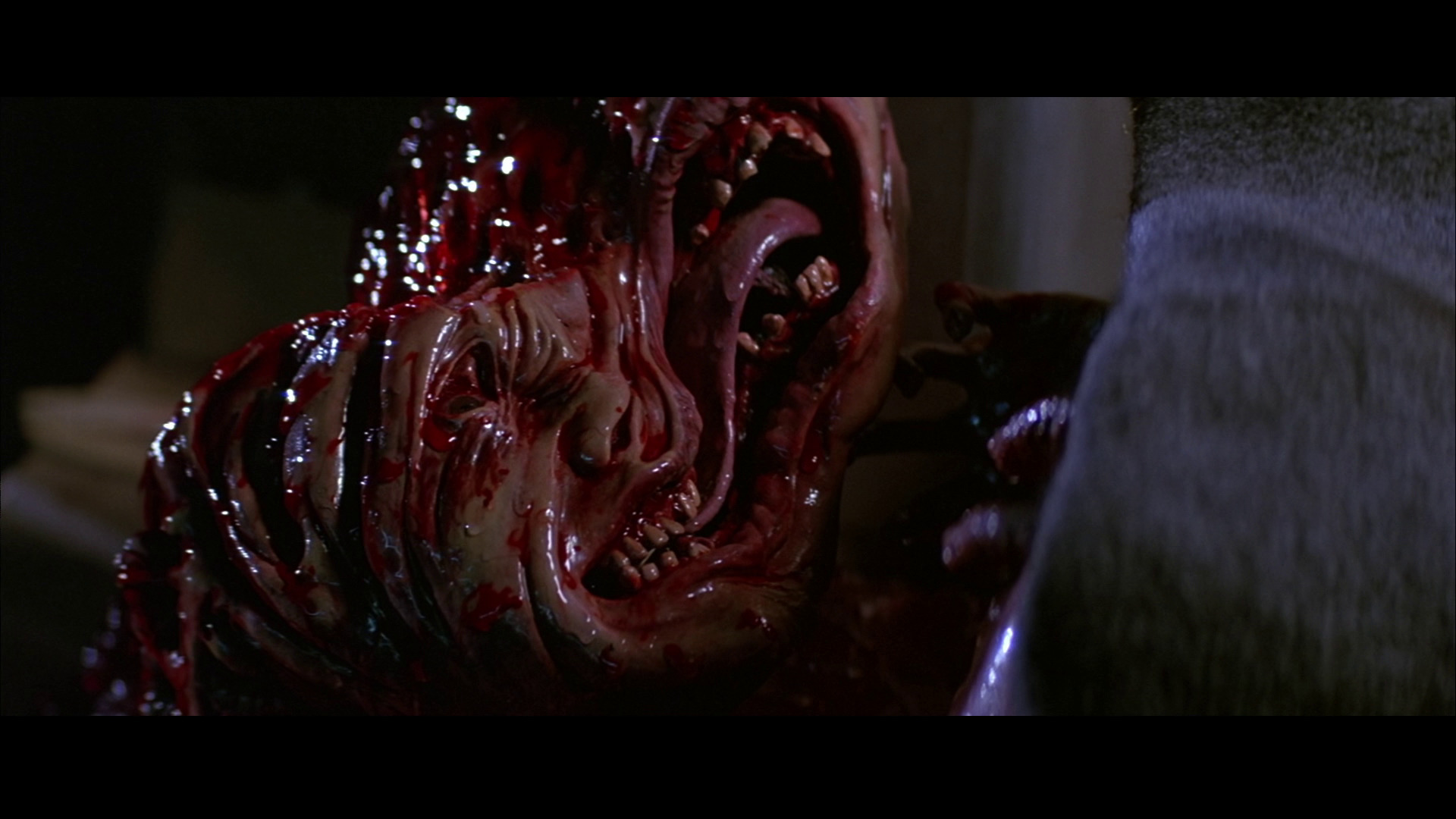 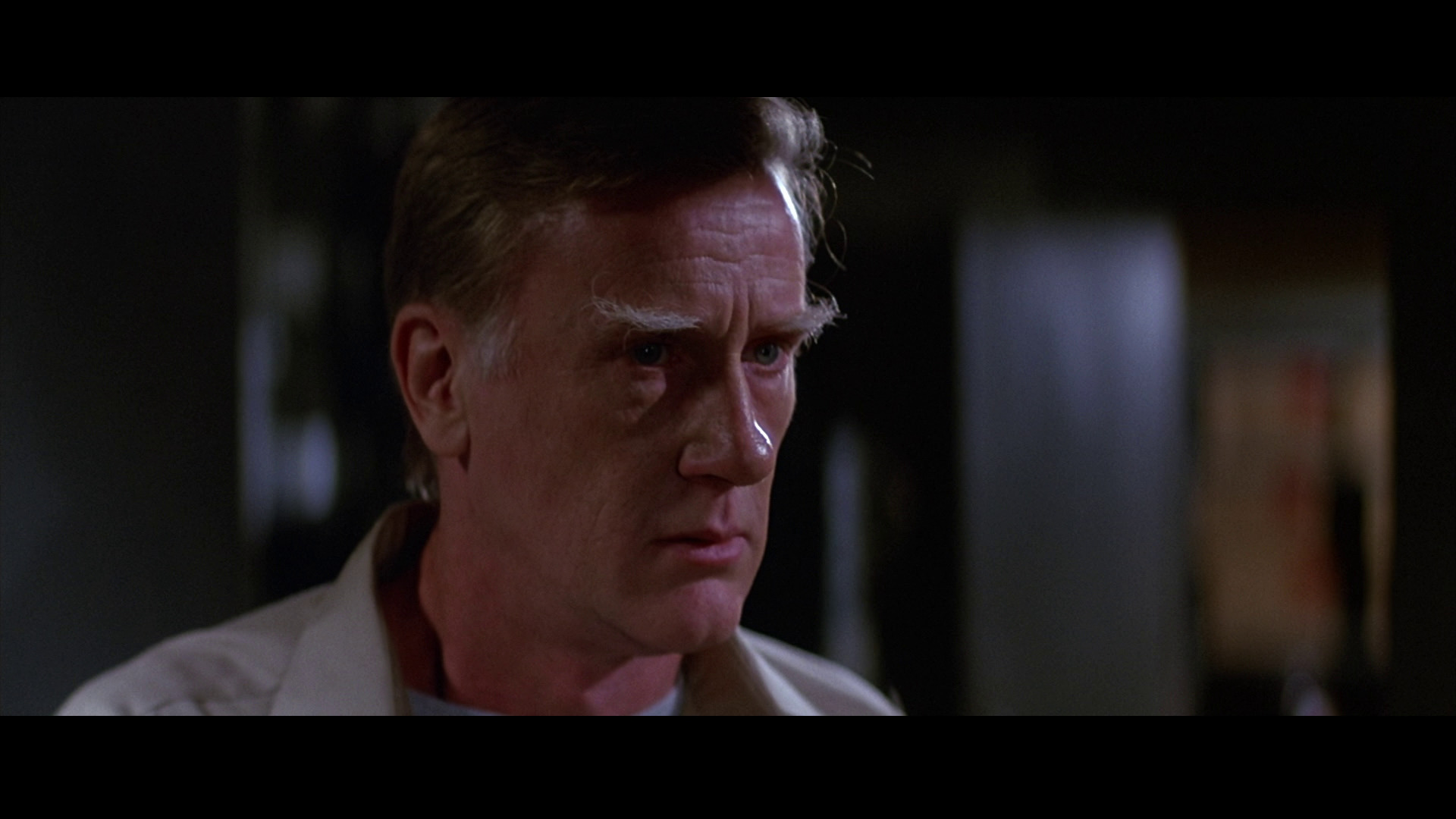 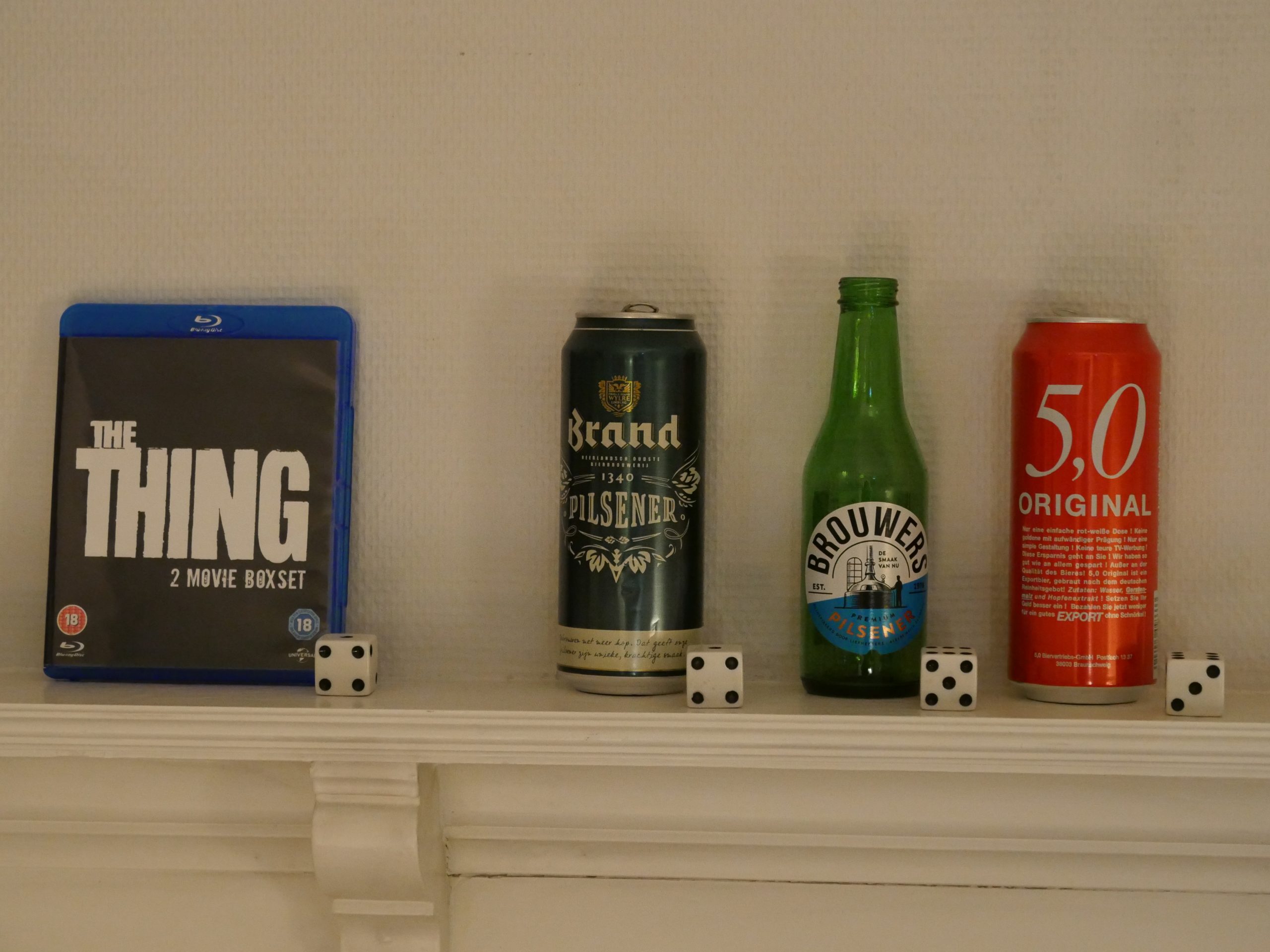 “Competent” US actors that emote in the normal American mainstream film way, and a “professional” film score that tells us how to feel at any given second.

It looks great on bluray, though.

*puts the right film on*

This is Carpenter’s first major studio movie, but it doesn’t really look that different from his previous films. You’ve got more dolly/steadycam shots, better sets, more expensive lenses, and they’ve hired Ennio Morricone to do the soundtrack, but it’s definitely a Carpenter film.

I like the monster designs. Very disgusting. Nice bluray transfer. But… It’s not really that scary or exciting. And all the drama from everybody melting down in the face of crisis isn’t very interesting.

Let me summarise the plot through monologue: “There’s a thing here that kills people and takes over their bodies! Let’s split up! This looks like a shortcut! Aieee!”