I’ve been trying to use an Android device as my “lug around the apt. while doing stuff” device, but it’s just not good enough. None of the apps for sshfs file browsing or video watching are beyond the “well, it kinda works” level. The ssh times out and doesn’t come back again until you do *stuff* and all the video apps have audio/video sync issues.

So! Back to Linux! 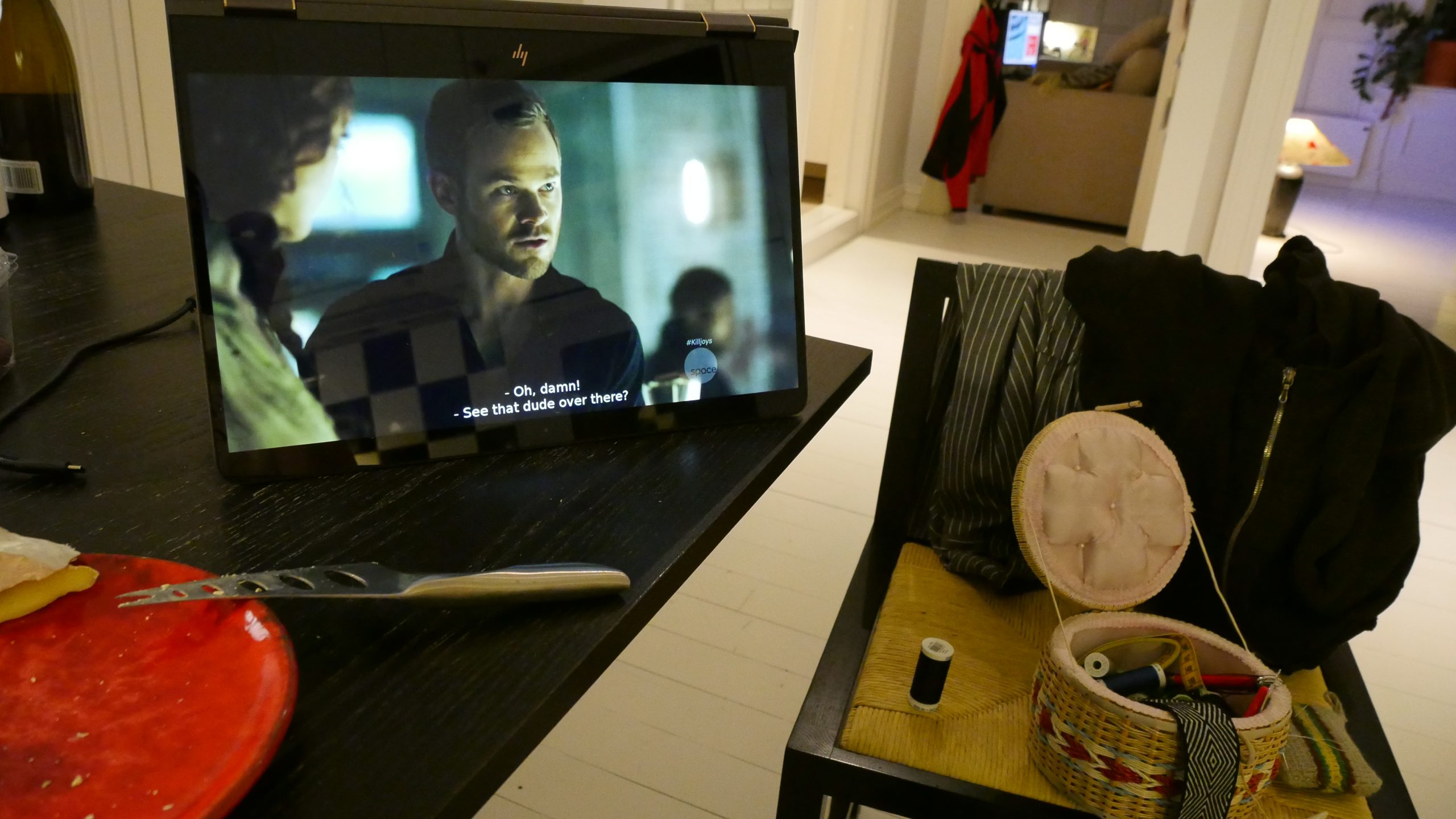 I got this laptop which has a “tent” configuration where the keyboard is in the back. Since it’s Linux, sshfs and mplayer work perfectly. The only issue is just the portability.  Physically. See, it’s all tent-ey and stuff, but when it’s in that configuration, picking it up is very awkward. There’s nothing to grab hold on.

So! I got my sewing kit out (a gift from my mother like ten years ago and seldom used since) and bought a ribbon thingie. 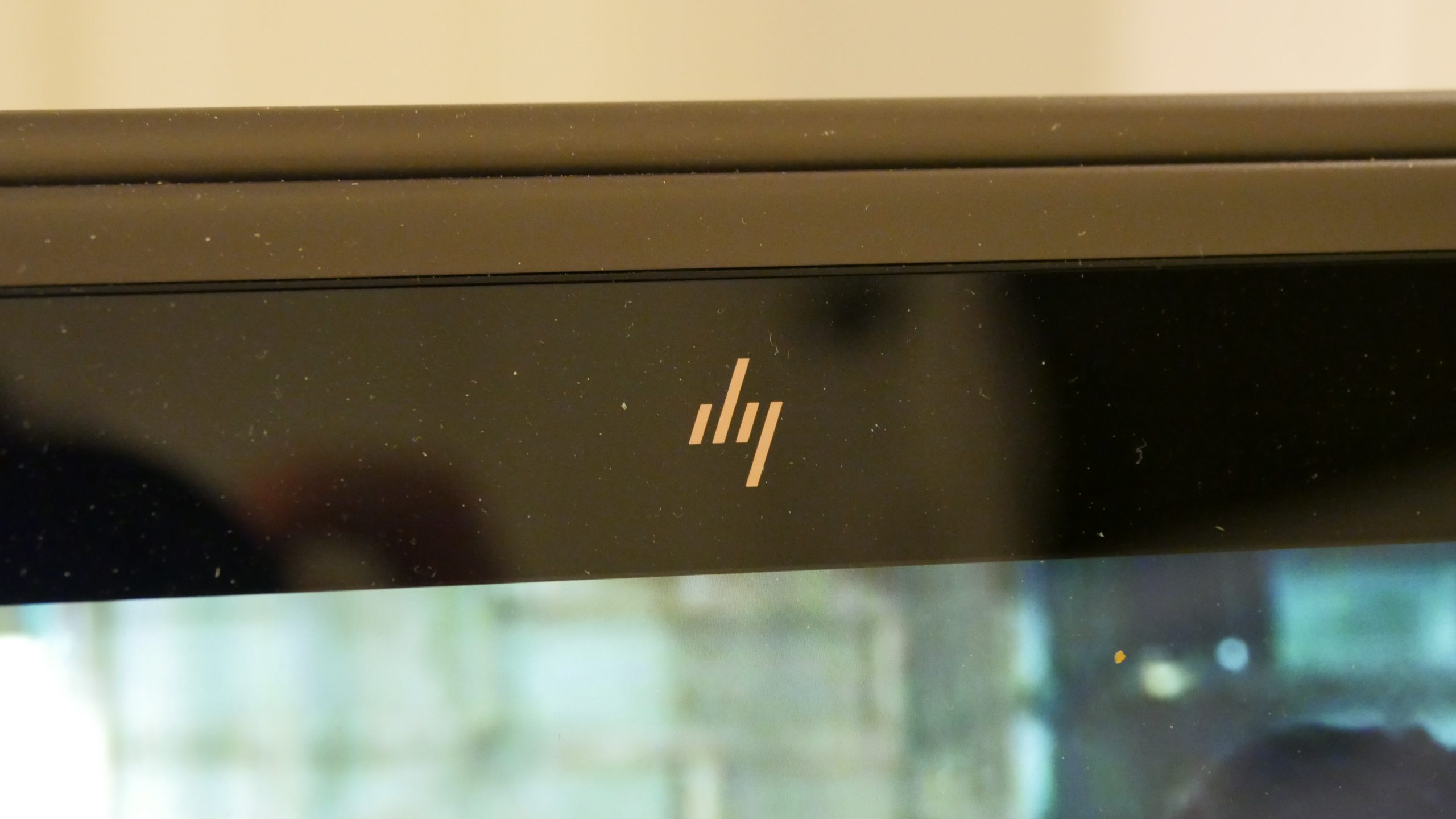 Let’s go with that. 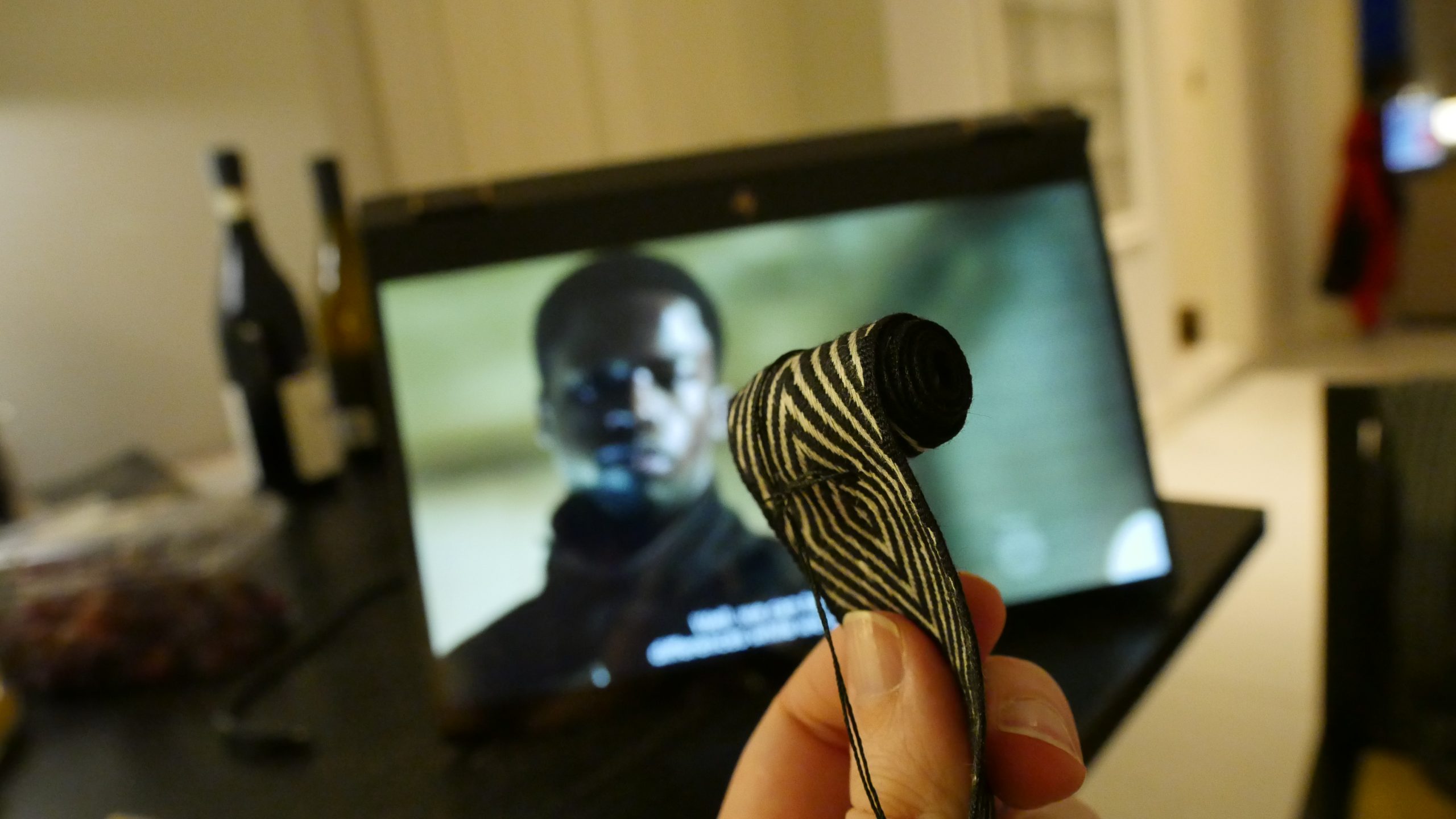 I had planned on wrapping the ribbon around a wine cork, but the wine tonight turned out to be from New Zealand and had a screw cap. So instead I just rolled the ribbon up… 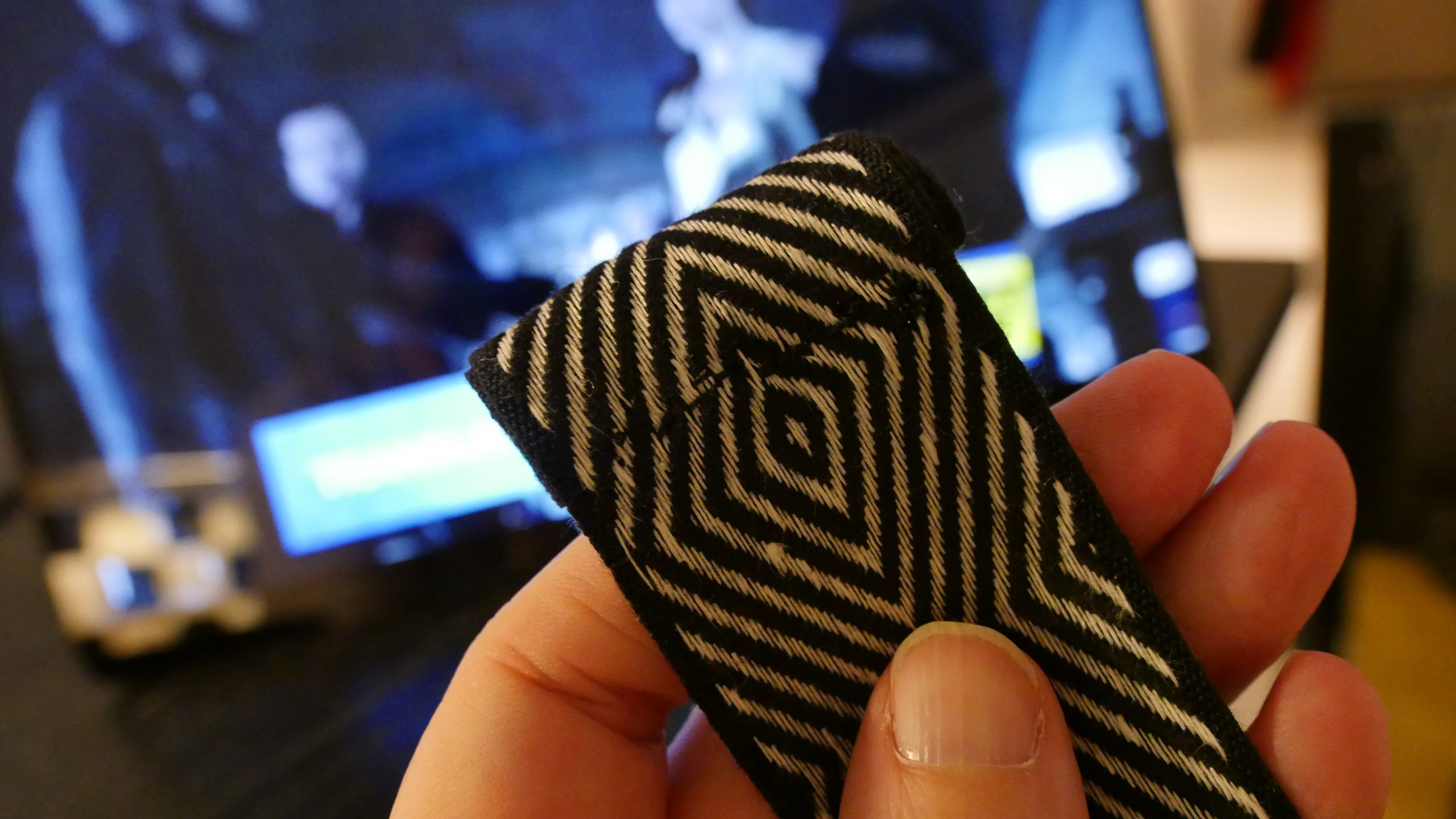 … and then expertly stitched it up. (Don’t show that seam to anybody with sewing skills unless you want them to have a heart attack.) 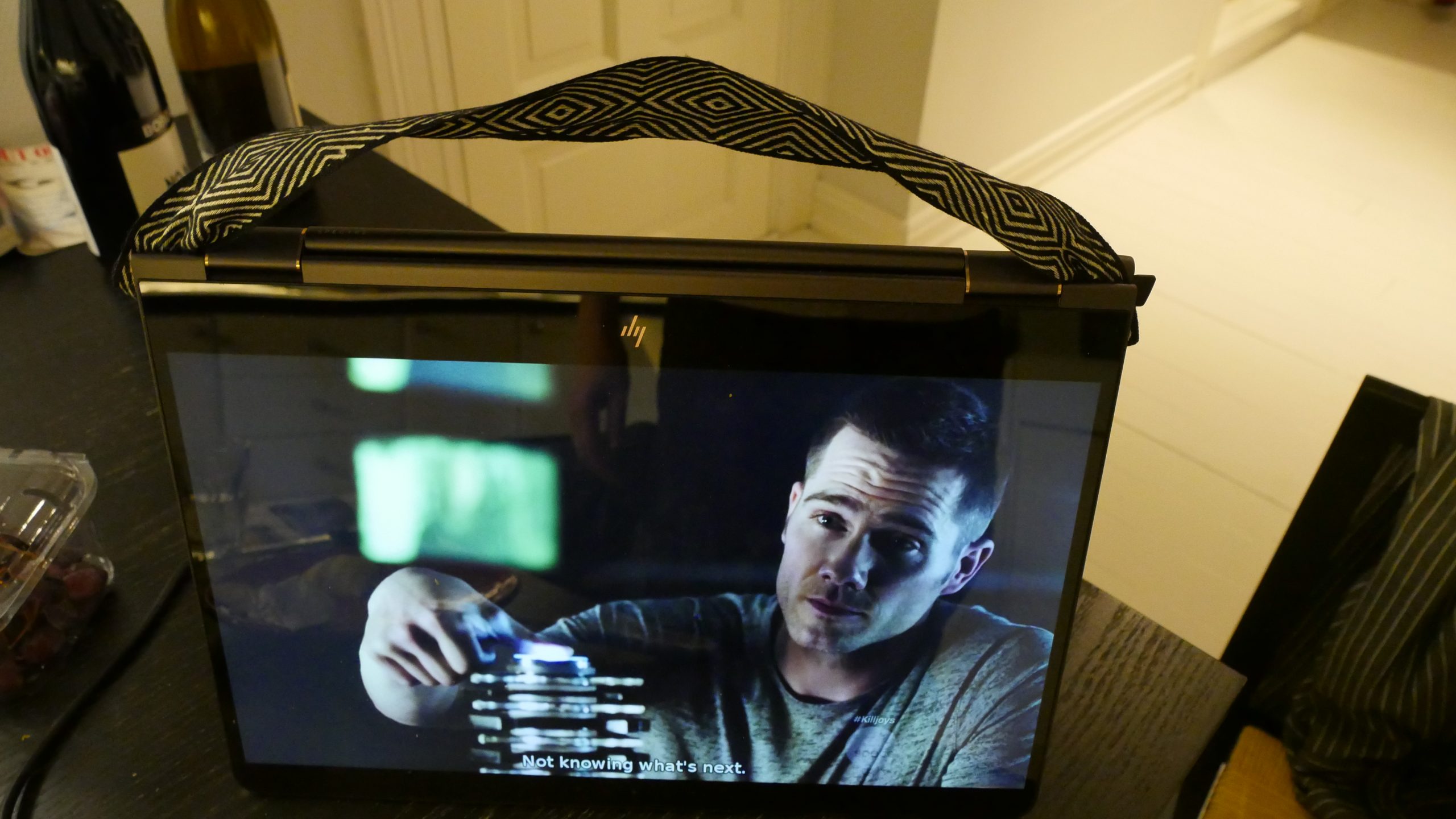 I did one at either end and now I have a handle! 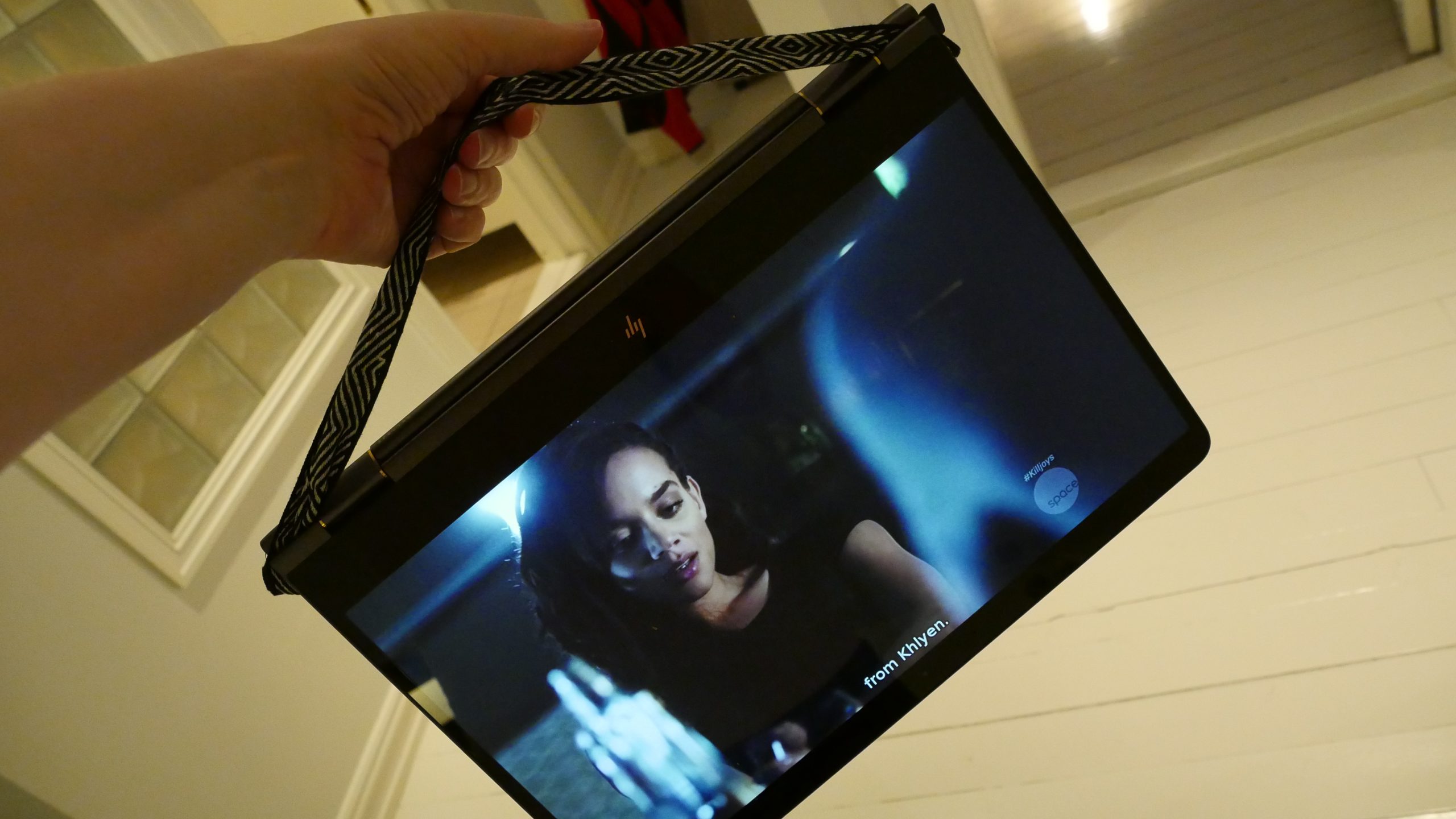 See! It works!!! (He says while gingerly walking around with it.)

(Oh, the thing being shown is an episode of … Killjoys. Yeah, that’s what it’s called. It’s about people pointing guns at each other… IN SPACE!) 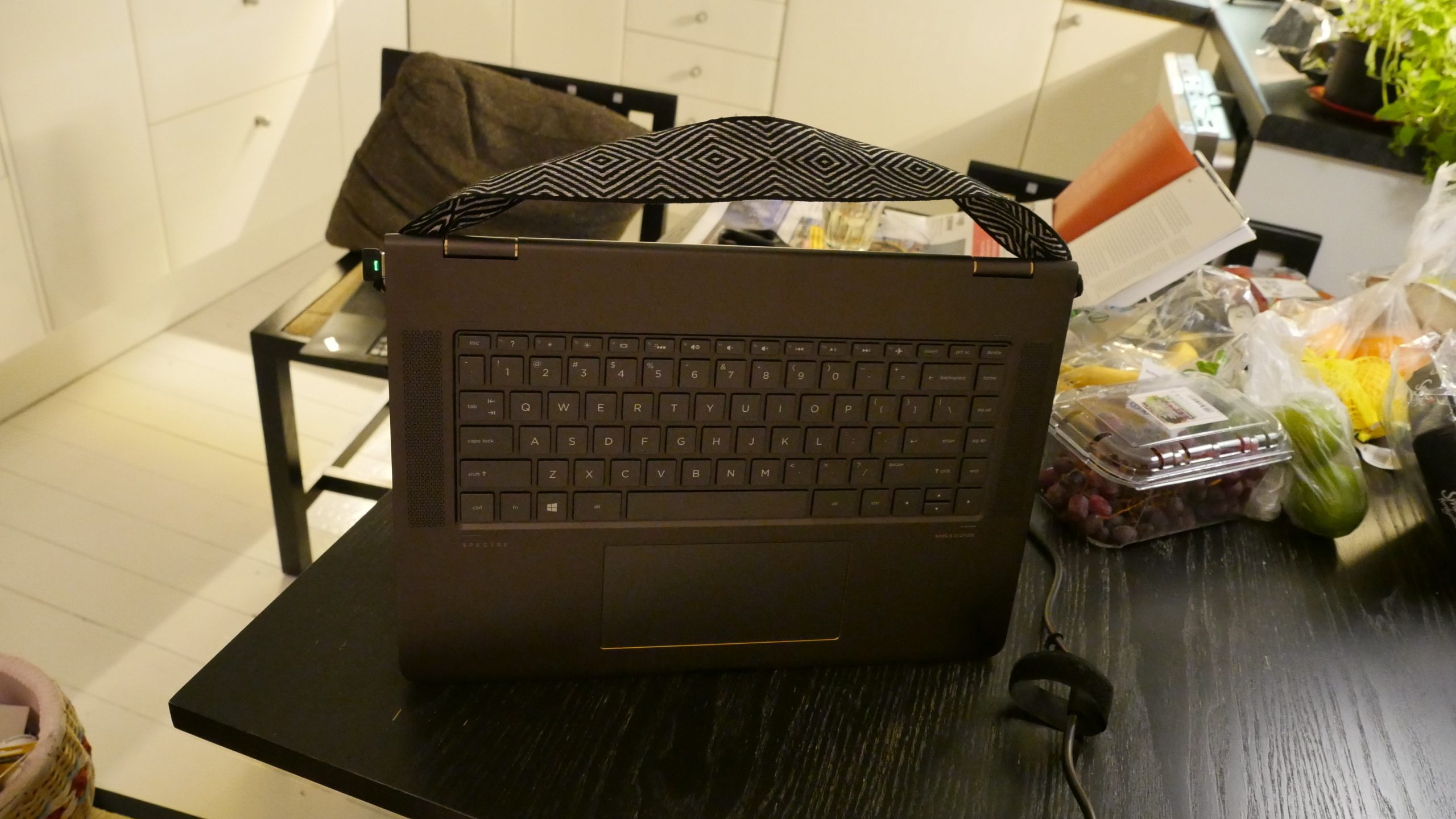 This is what the Dairy Queen looks like from the other angle. Not quite as … TV-ey. That’s a word. (The keyboard is switched off when it’s in this position.) 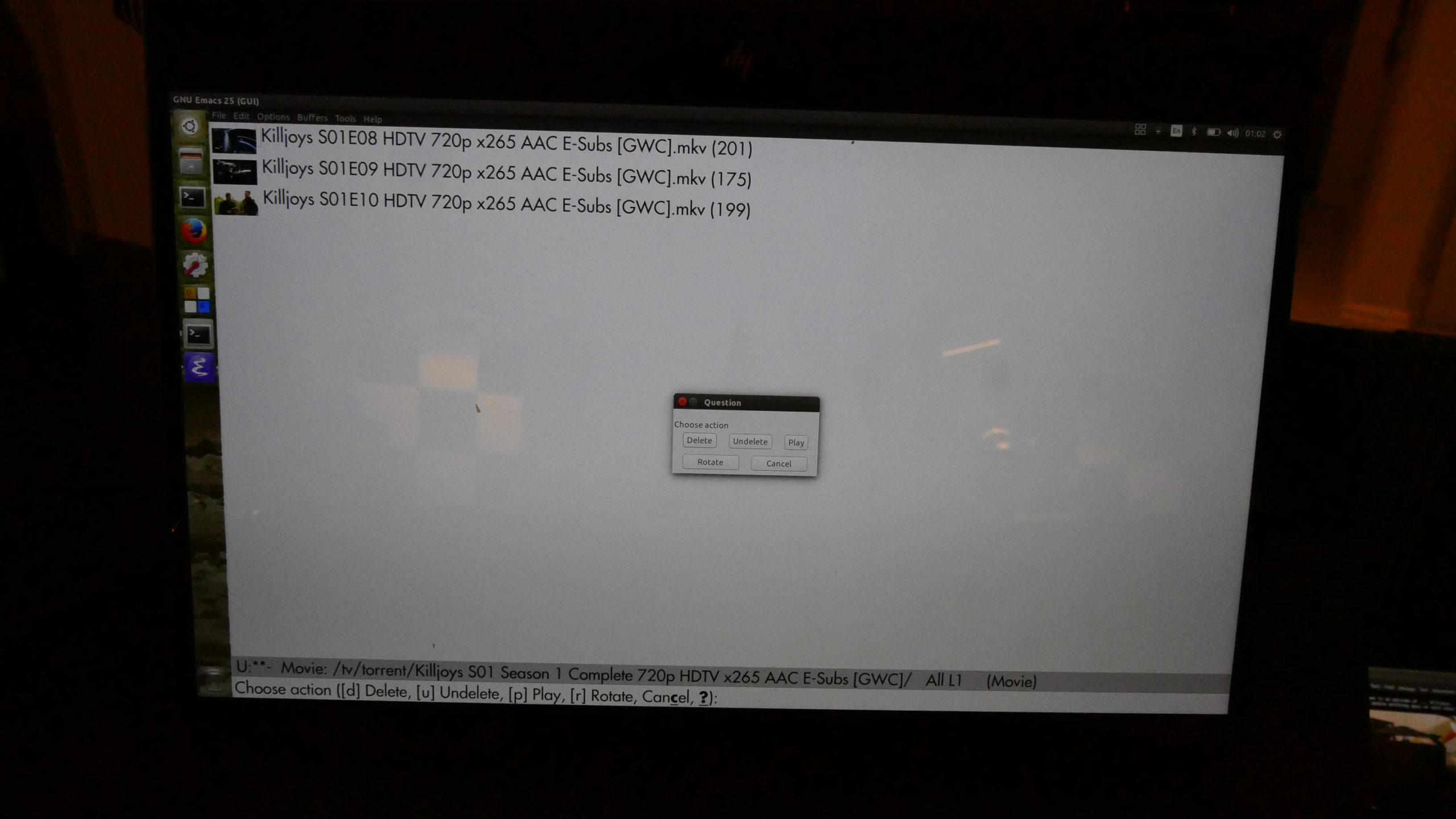 I had to adapt my Emacs video viewer for touch action, and I used Touchéegg along the lines for the music player. Seems to work OK. I added touch actions for mplayer, too, so that I can pause and skip and stuff.

THIS ALL MAKES SENSE!