I visited Berlin recently, and as always, I tried to find some comic book stores with interesting comics. Which is always a problem.

But after binging for several minutes, I visited Modern Graphics.  It’s a warren of a store with crowded shelves and connected rooms, but it has a large selection of comics created by people from Berlin.  Which is what I was looking for.

I do kinda read some German, but it’s slow going, so I picked out a bunch that were either in English or were mostly silent. 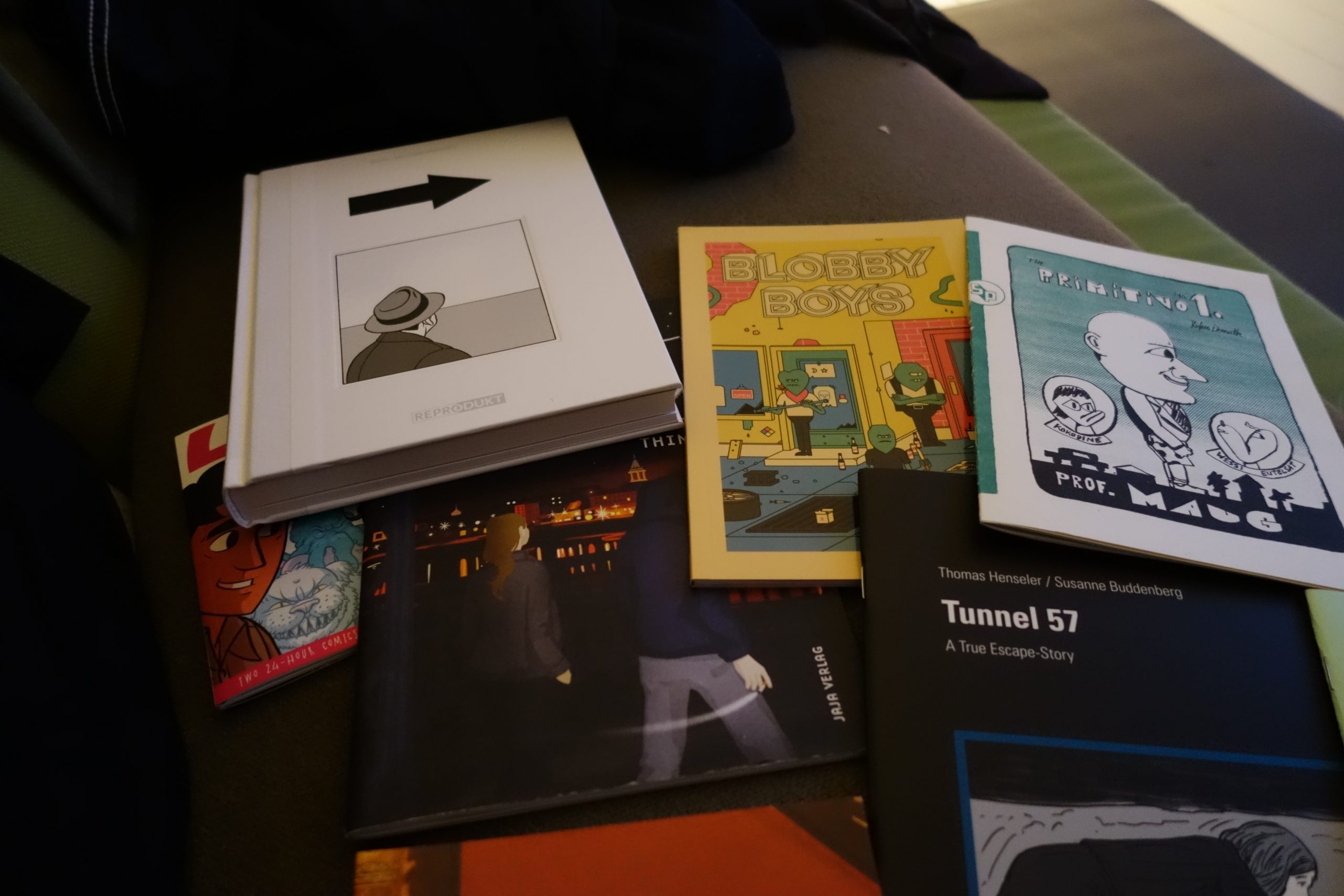 In addition to the local selection they had a bunch of interesting comics from elsewhere.  Really nice store.

Grober Unfug is a very different kind of comics store.  It’s open and airy and carries mostly graphic novels (and there may have been a room at the back with super-hero comics?  I did not venture there).  I didn’t really find that much to buy there, though… 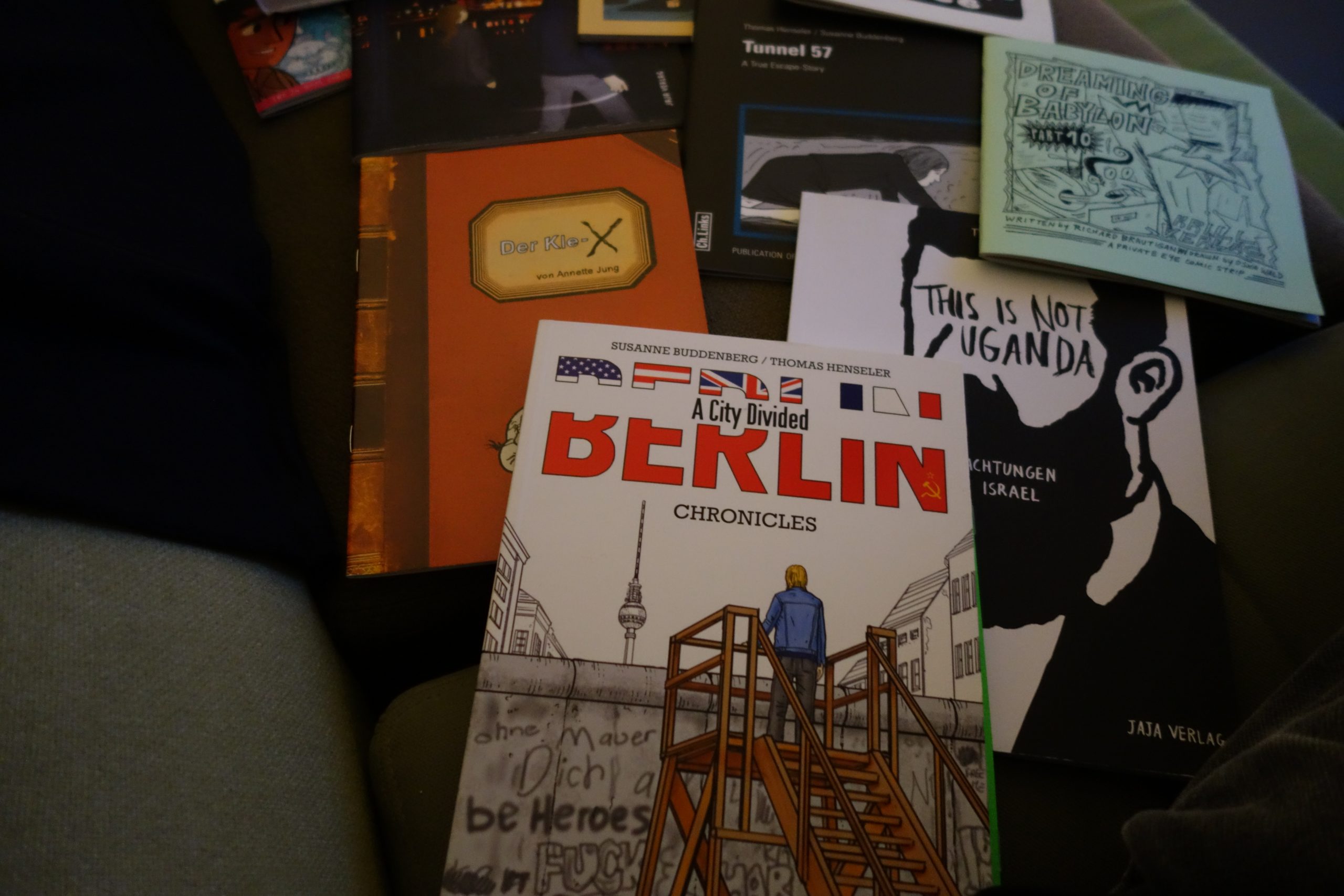 But I did find this very pointed silent book: 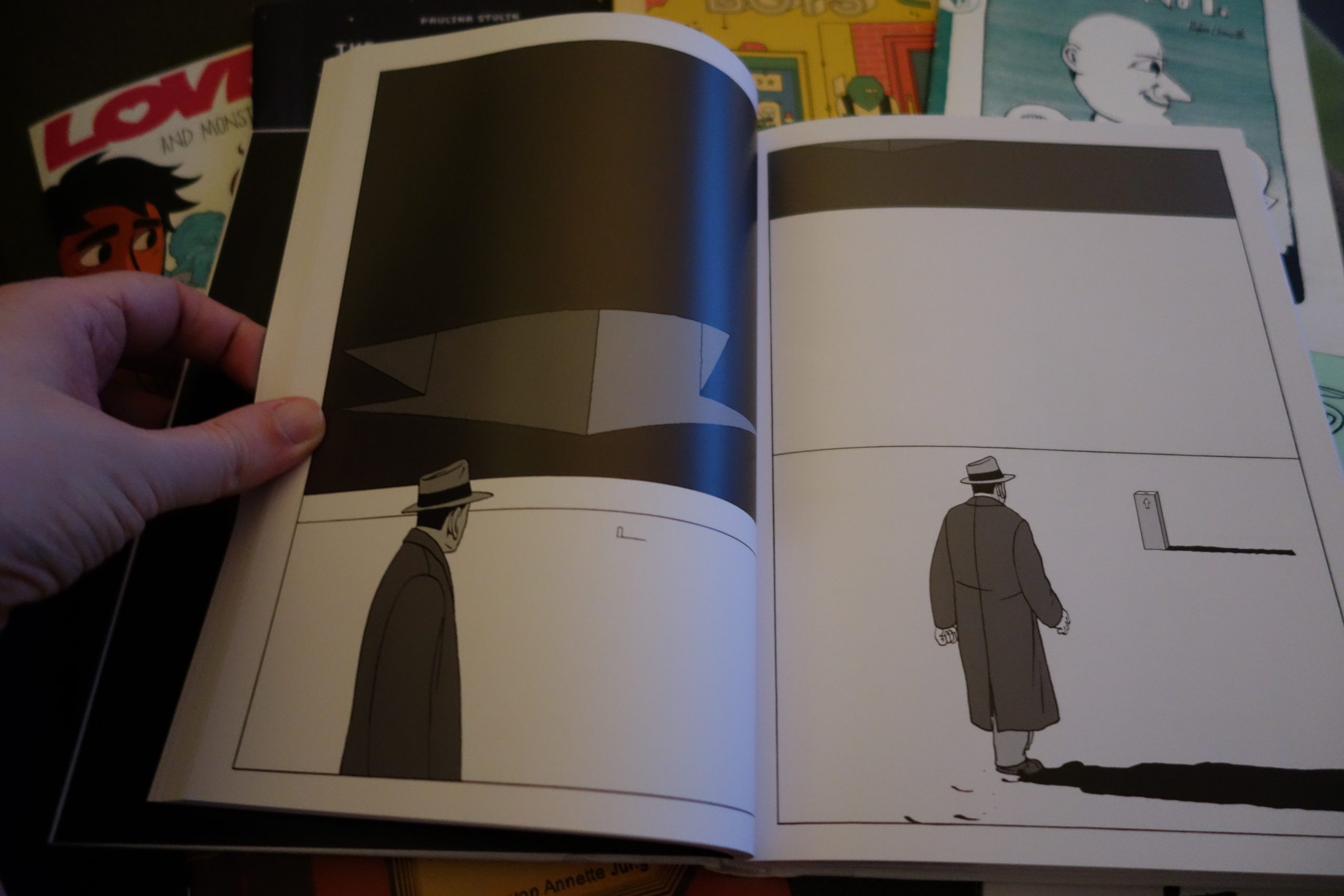 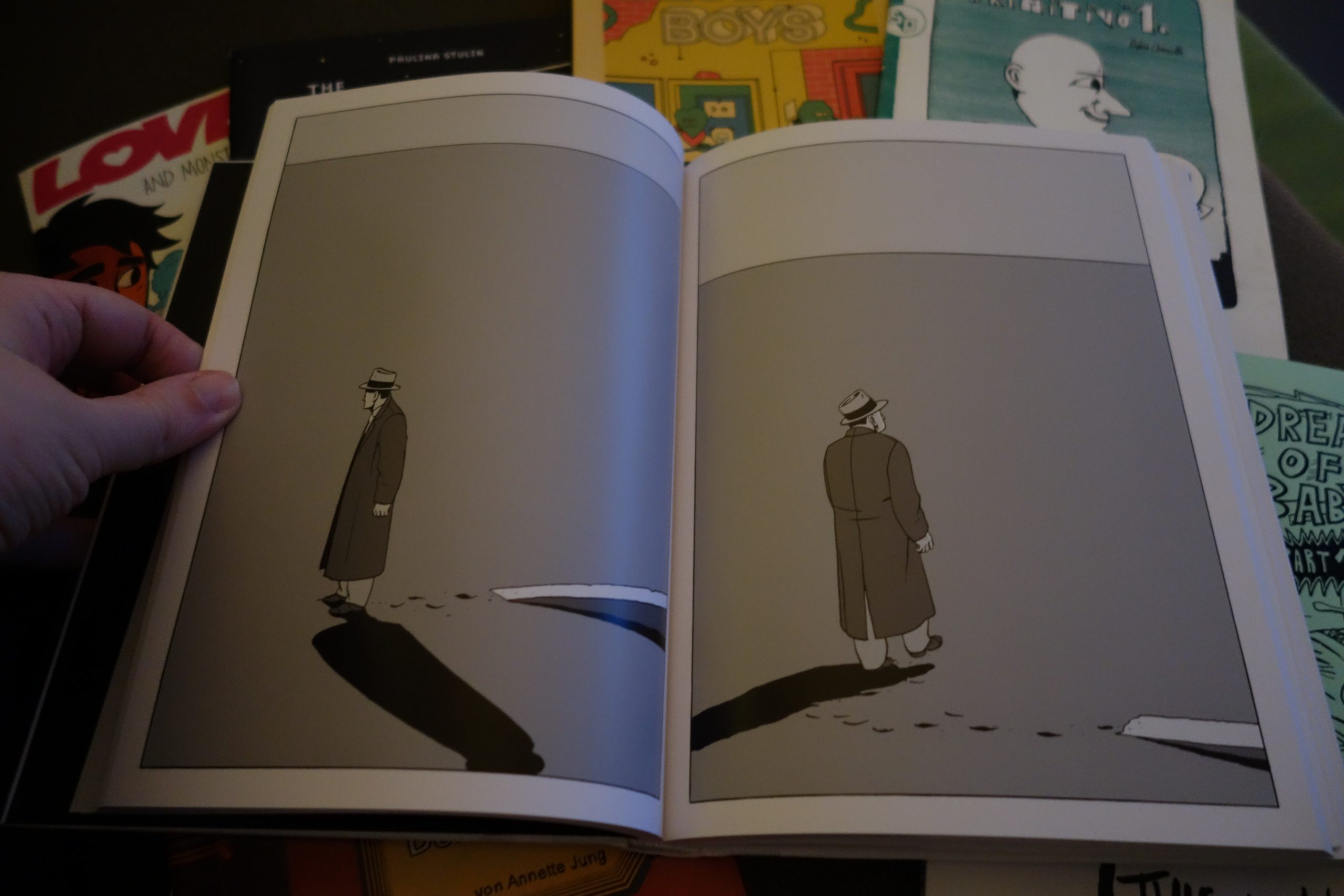 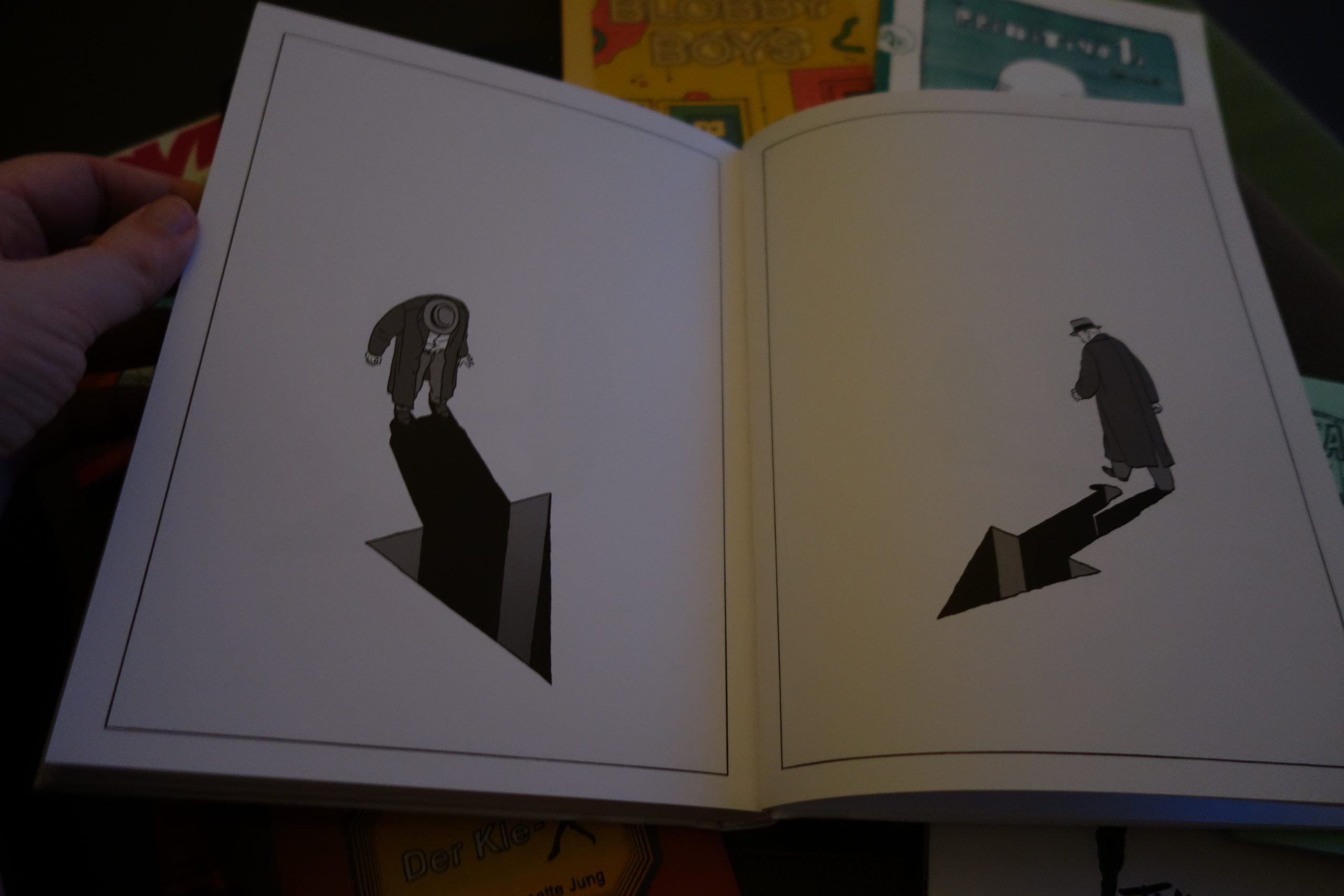 It’s by Marc-Antoine Mathieu and looks quite interesting.  Haven’t read it yet, though.

One thought on “Comix Berlin”