I thought I’d experiment with printing two colours on top of each other, so I did the most technically difficult thing: Print a white under coat, and then a silver top coat, with the same silk.  And a pretty big print.

I printed the white yesterday, and then the silver today.  It turns out that this is really difficult.  The problem is that fabric expands and contracts.  This shirt had contracted horizontally and expanded vertically, so I had to scrunch and pull to try to get it to about the same size as the silk. 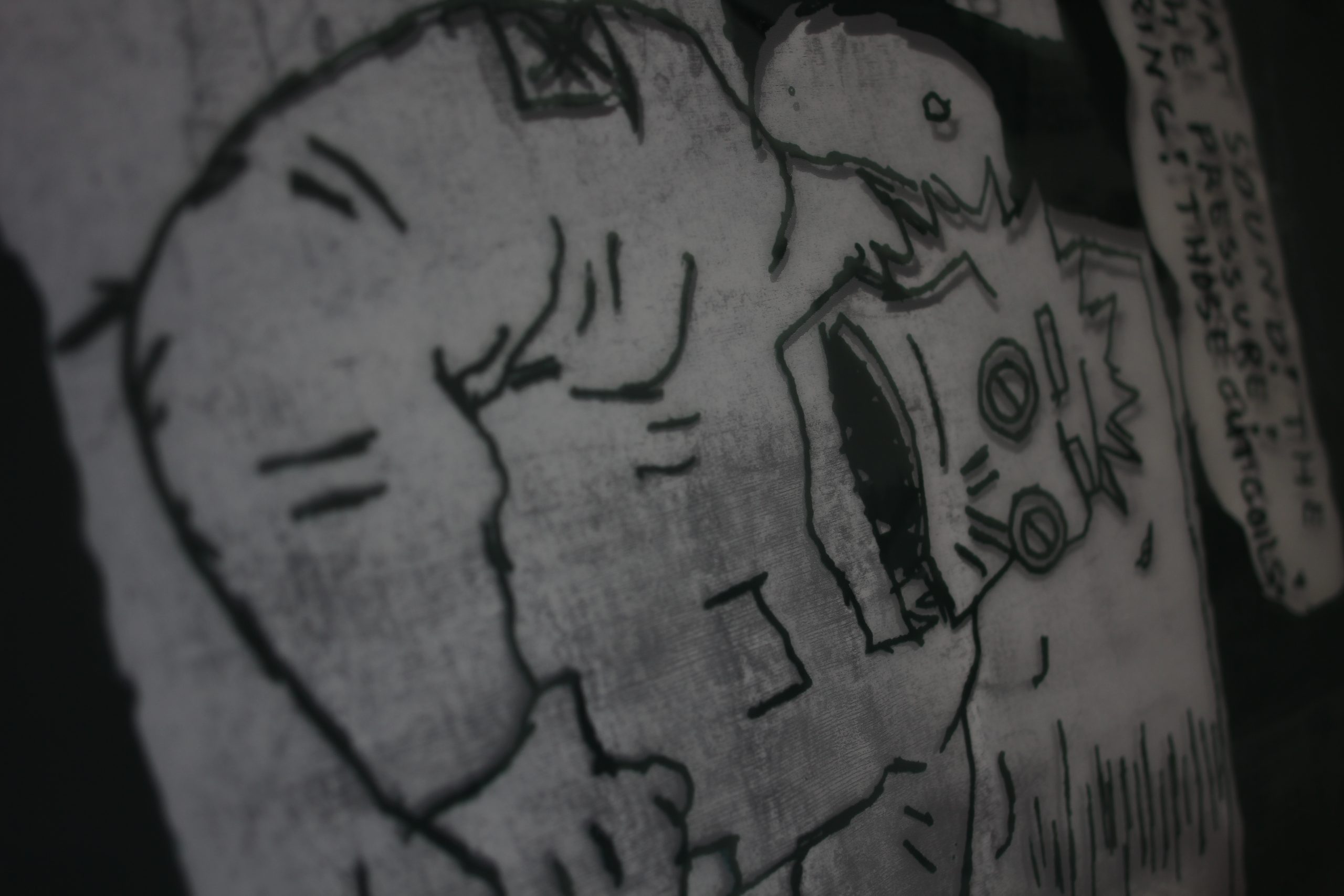 As you can see, even after fiddling with it for a quarter of an hour, the results are pretty bad. 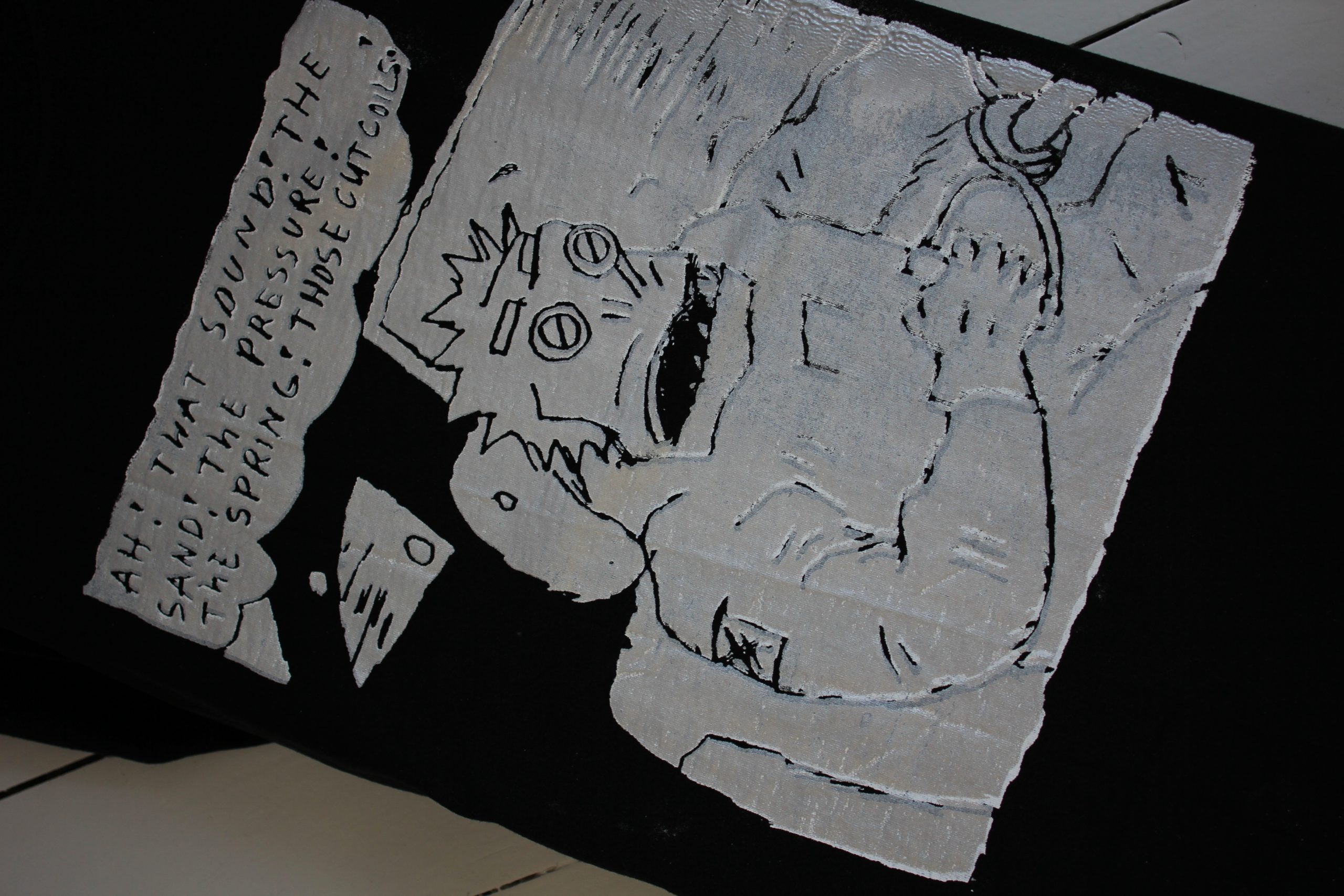 So I think if I’m going to attempt anything like this in the future, I’ll have to have to do it faster, so that the fabric doesn’t get a chance to do anything between layers.

But apparently I really botched this print, anyway.  Here’s what happened after I put the shirt through the washing machine: 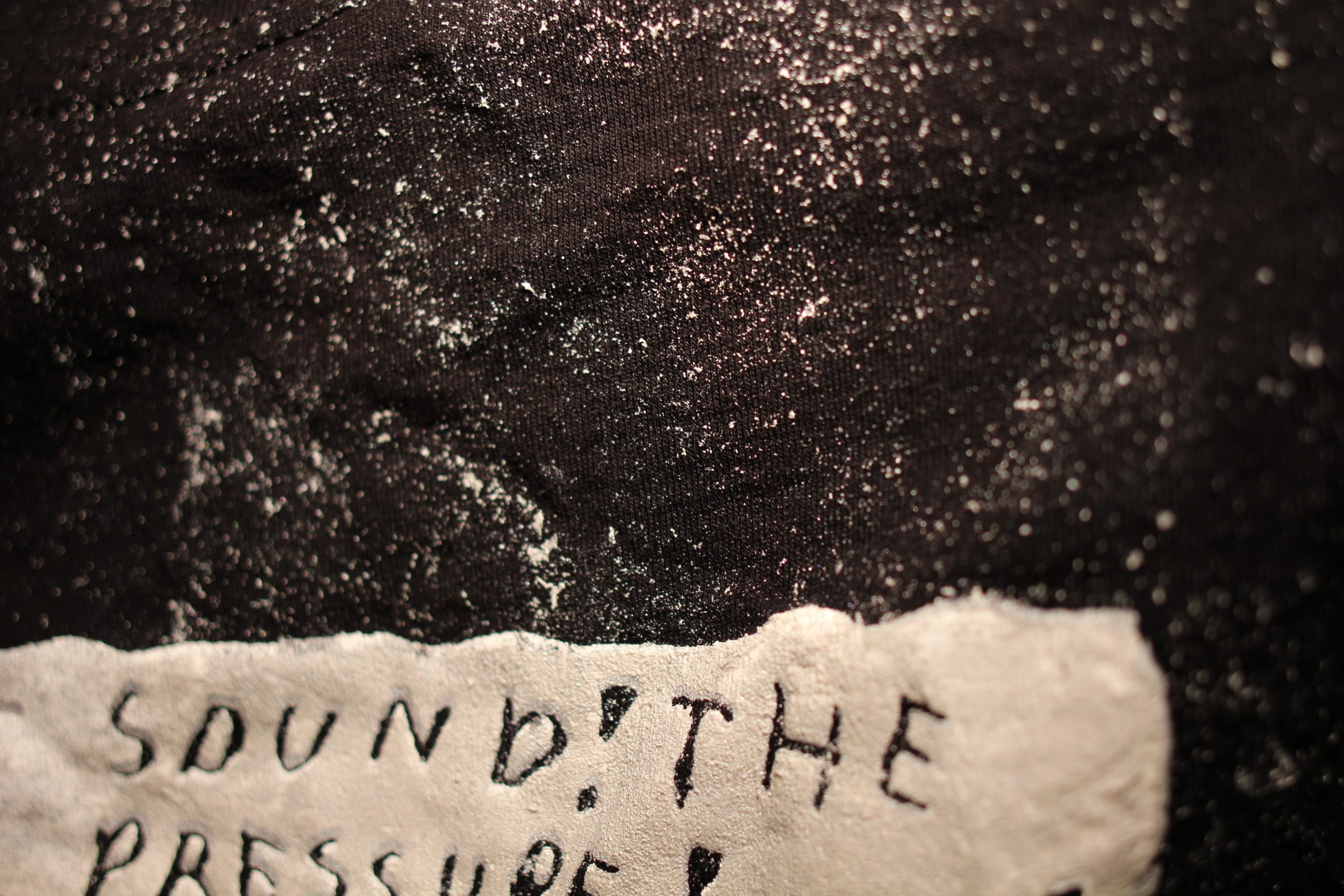 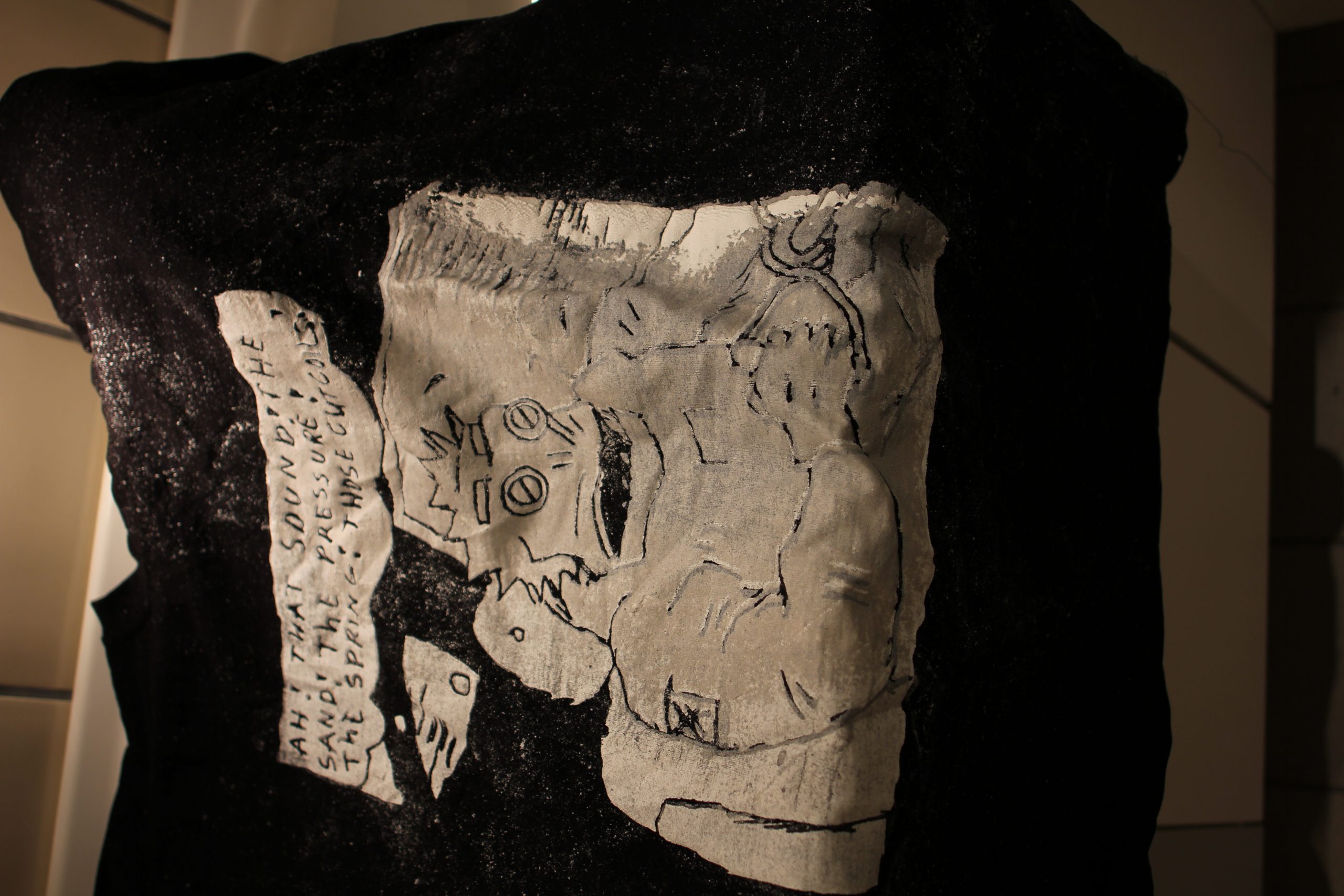 The silver stuff kinda fell off and splattered all over the shirt!  Either I didn’t cure it enough (I ironed it for a while, but perhaps it needed more?) or it’s not good silver.

But I kinda like the splatter effect…  It’s probably going to fall off all over the place, though.