I’ve been meaning to get started with screen printing t-shirts.  Because of reasons. 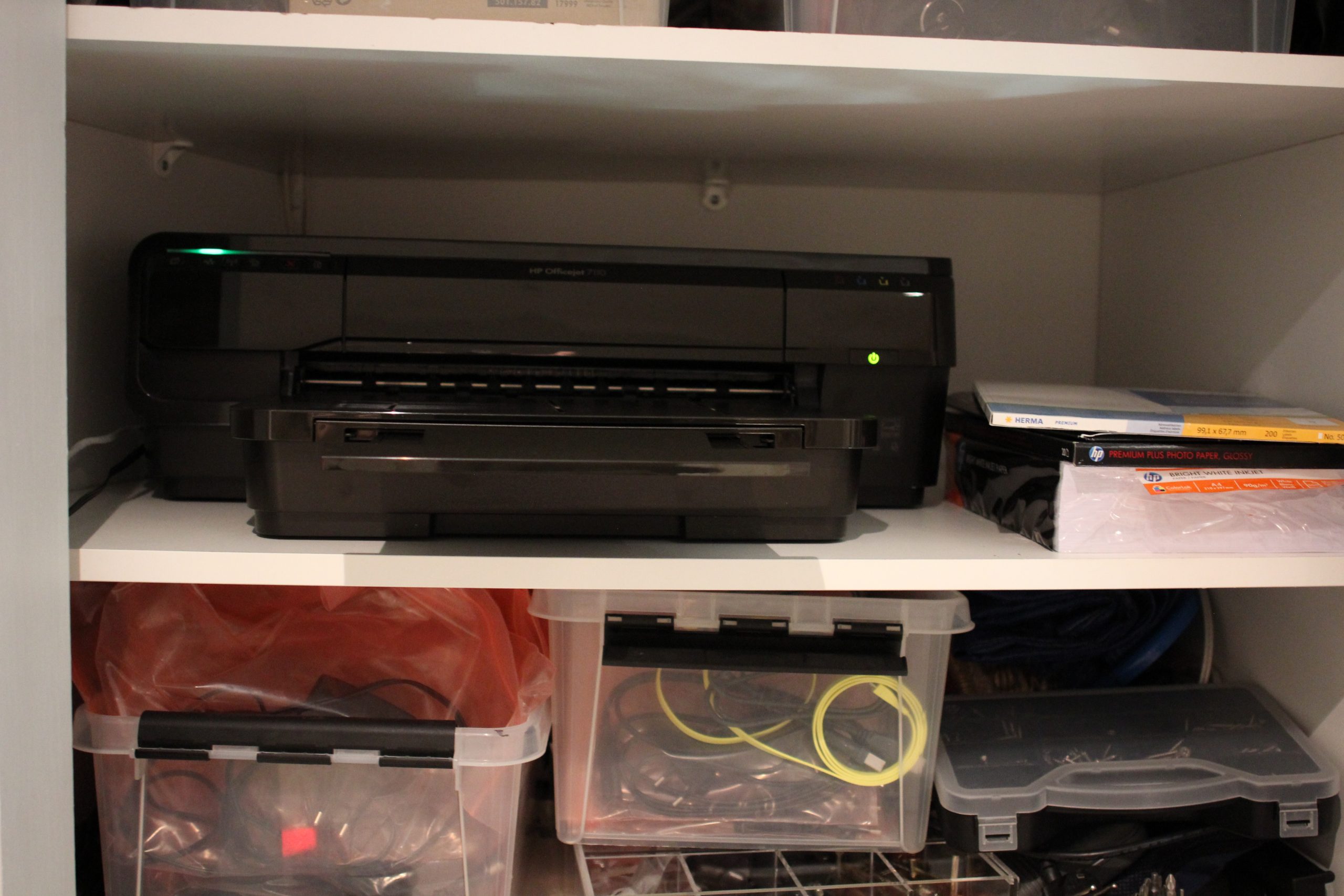 I have done some experiments with Inkodye, but that didn’t seem all that exciting.  But in any case, you need a printer to print out transparent negatives (for Inkodye) or positives (for screen printing).  So I got an HP Officejet 7110, because 1) it’s cheap, and 2) it can print out A3 paper and transparencies, and I want big images. 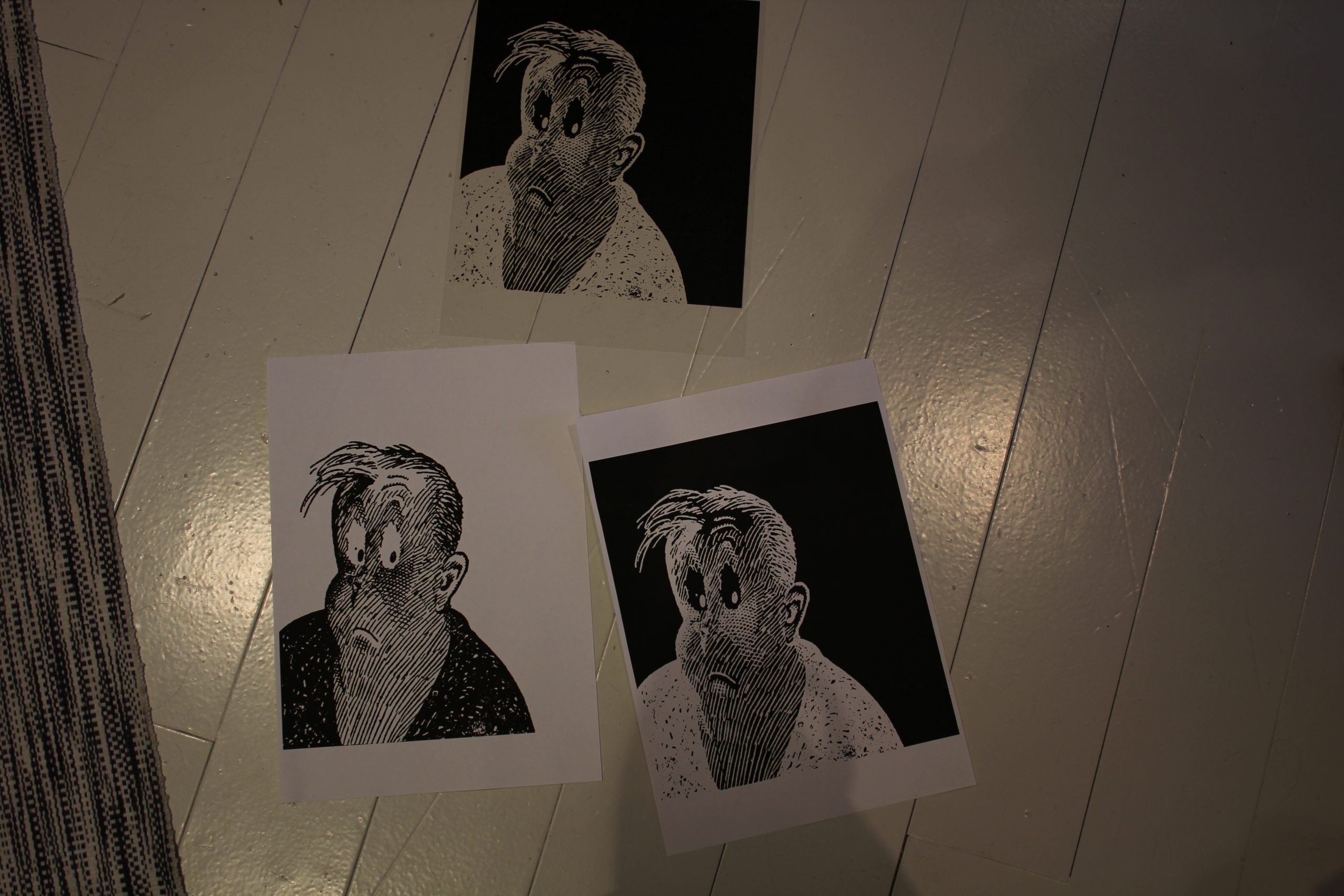 The 7110 prints beautifully on paper.  The blacks are very black and juicy.  However, with the transparencies I’ve bought, it all looks a bit off. 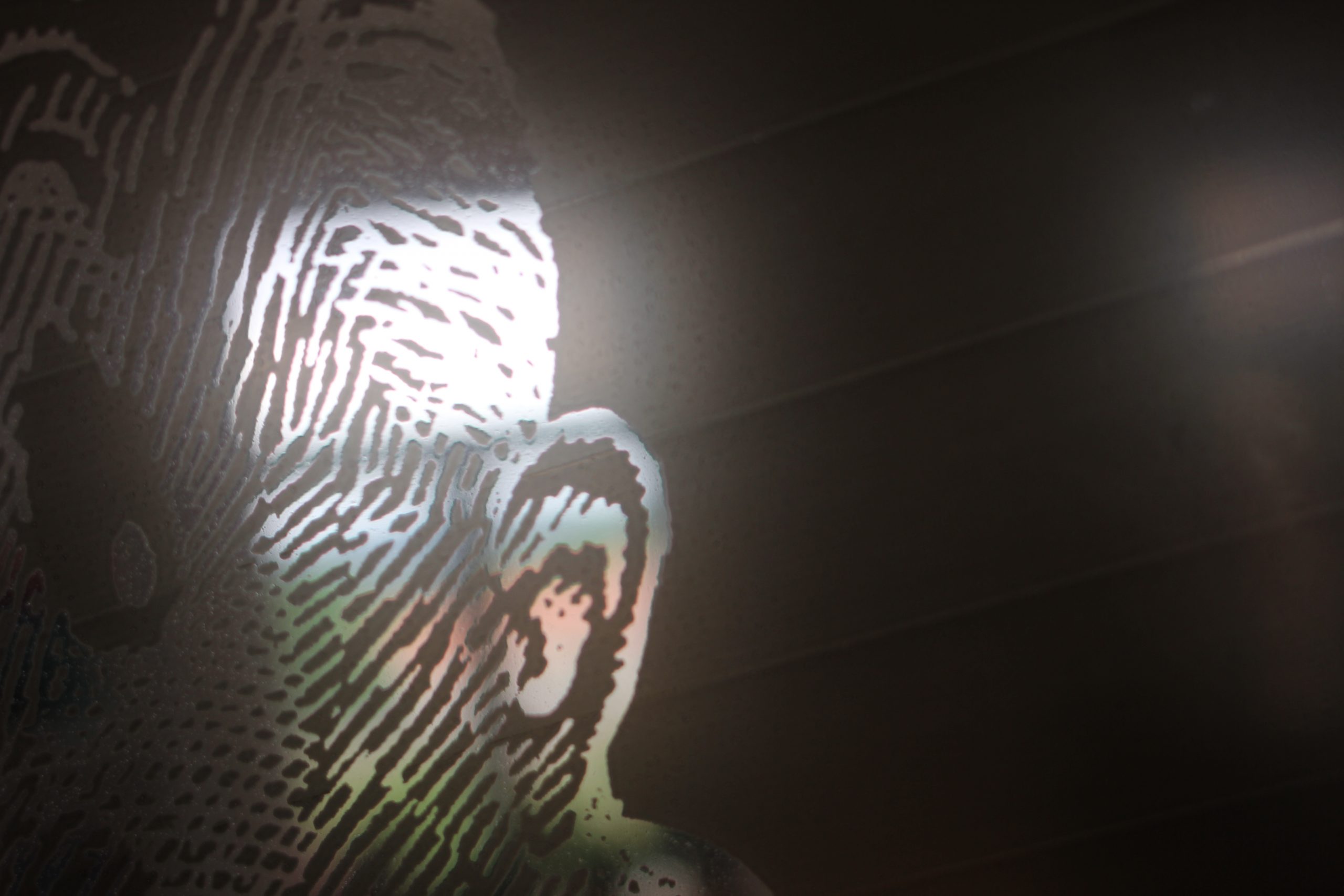 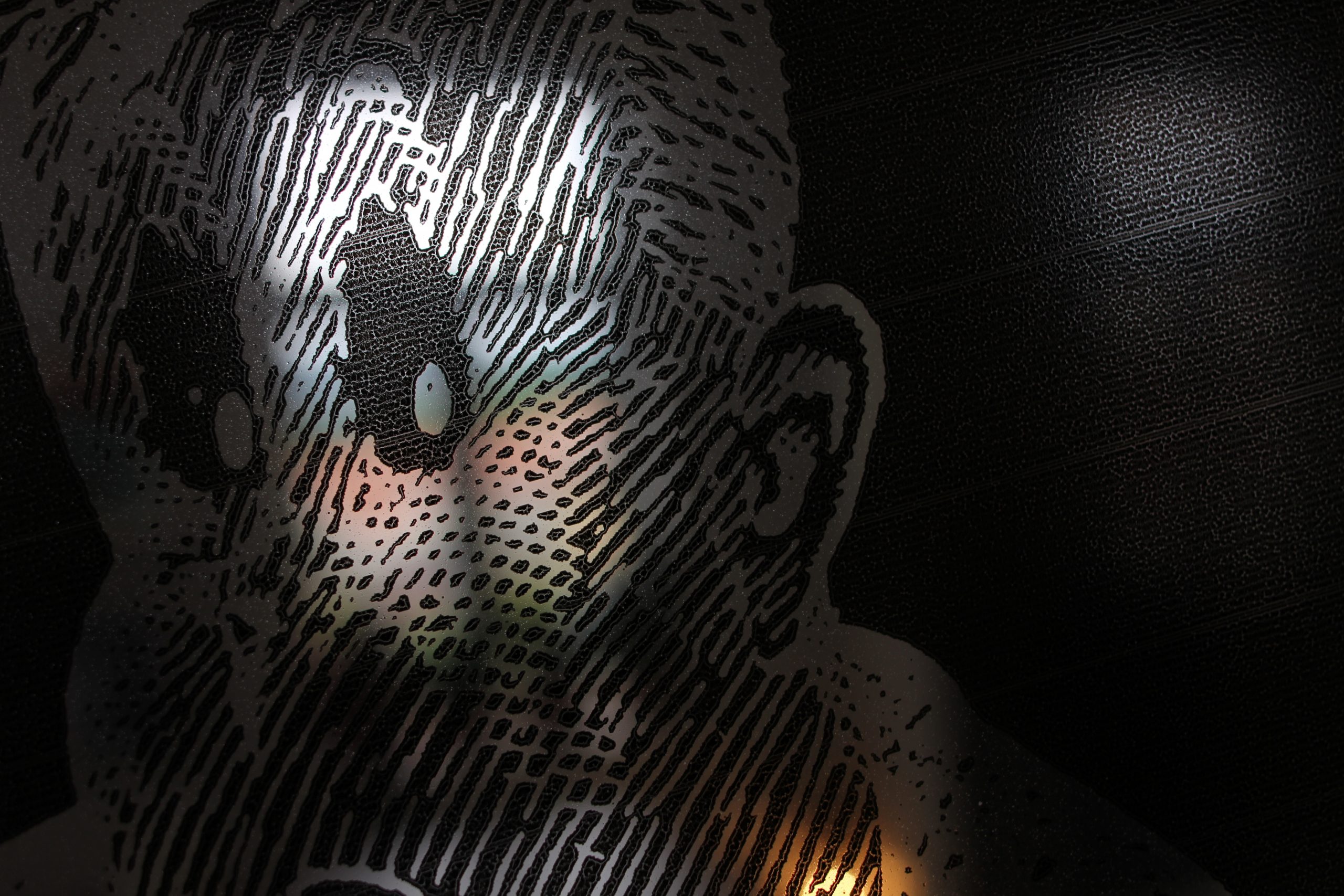 See?  The black is very … pebbly, and there’s a white line every three centimeters.

So I’m not sure whether that’s going to work.  I’ve tried using two different types of transparencies, and jiggling all the paper types the printer has, but I’m still getting those lines every three centimeters.  It may be good enough — I’ve not actually tried making a t-shirt with these prints yet.

However, there’s apparently a transparency type called “film negative”, that’s supposed to be used when people are developing film.  Which you’d think would work well for this type of stuff.

So I’ve ordered that, but I’m not all that hopeful.  I may have to buy a better (i.e., more expensive) printer…