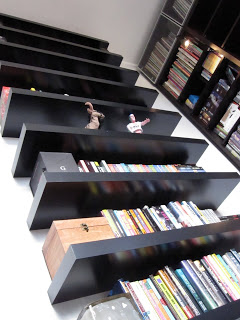 I’ve been celebrating the Norwegian constitutional day (I think it’s celebrating that we were rid of the tyrannical rule of the Danes, or the Swedes, or somebody equally tyrannical and heinous) by putting up more book shelves.

I’m not digital at all in the book dept.  It’s still all papery stuff.  It takes a lot of space!  Nature abhors walls without book shelves, so, after doing an intensive search for something that would fit this rather small wall, I settled on these Ikea shelves.

The wall is rather thin particle board, and I didn’t actually do the whole anchor thing, so they’re probably going to fall down after a while, but here’s the fun fact: I paid more for the screws than the shelves themselves! 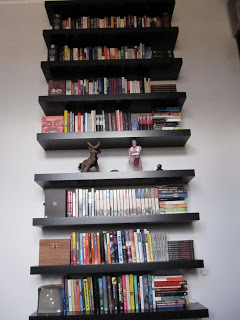