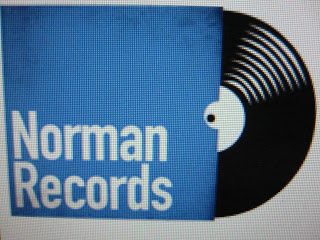 I buy tons of music, and most of it I buy from Norman Records. One of the many things I like about them is how some of their reviews are both concrete and abstract at the same time. 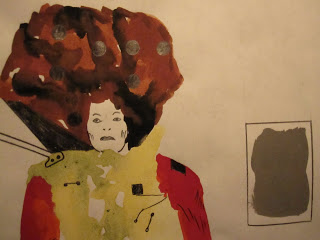 Adam mentioned MusicBrainz in the comments of the last article.  I took that as a challenge, of course.

I only implemented the query bits, though.  I’m selfish.

(Oh, OK, the only reason I didn’t do the submission part, too, is that I can’t make up my mind whether cddb.el and musicbrainz.el should share the same editing mode or not.  I think perhaps.)

[Update: That felt like a cop-out, so I’ve started implementing MusicBrainz submitting.  I needed some way to get a MusicBrainz-compatible CD Table-Of-Contents listing, so I hacked up cd-discid to do that.]

When ripping large quantities of CDs, you really have to have an efficient way to query and edit CDDB entries.  So here’s an Emacs library for doing that. It includes a bunch of convenience functions for fixing up other people’s bad entries, and you also have all the standard Emacs editing commands at your, er, command, so it’s rather nice.

I also download the entire database from freedb now and then.  It’s useful mainly when sampling (old) vinyl.  By using an approximate match for the albums, I can usually find the album in question, which means less typing for me.

However, the DISCID collisions these days are just ridiculous.  I’ve written about this before, but the situation is as ridiculous today as ever.  I mean, even more so.  It’s now impossible to submit any new album on the “rock” category, so everything I submit now is apparently “folk” or “data”.

The last hoard of Emacs-related code I’ve written over the years is part of my Emacs-based music player.  It started off (in 1997) as a way to rip my CDs and play mp3s (as well as swap out the mp3s to CD since I didn’t have enough disc space to store all the mp3s).

It’s grown over the years and changed focus somewhat.

Most of the stuff has been written pretty monolithically, with all the code stashed in jukebox.el.  So I’ll be attempting to disentangle parts that could have some reuse value over the next weeks, as time permits.

But if you want a system that you can use yourself, the EMMS system is probably a better bet.

The first result from the disentanglement process is scrobble.el. It’s a library for interfacing with the last.fm web site.  I like last.fm.  It’s the only “social networking” site I use — I find it genuinely useful for finding concerts and stuff.

Following will be a cddb library, a DAE (i.e. cd-ripping interface), a sampling-and-splitting interface, and probably other bits and bobs.  As well as the jukebox itself.

In the continuing story of Emacs@Home (don’t worry, I think there’s only one part left now), we’ve now come to the part where I watch TV.  I know, it’s something most people manage quite perfectly without resorting to Emacs, but why would you?

Well, actually, I think that the interfaces I’ve seen have been somewhat lacking.  Mostly mouse-based and not very practical.  I just want to sort by name or by recording date, and I don’t want to use an HTPC pointer device.  So:

I think this Emacs movie browsing interface demonstrates how little code you need to get a satisfactory result.  Emacs does all the difficult stuff for you, and presto! You have the interface as shown at the top there, displayed in blurrovision.  I just couldn’t get my camera to focus.  What if I take a the picture closer?  Yeah, that’s a bit better.

Anyway, I’ve got a little wireless keyboard next to me, and viewing a program just requires paging up and down a bit and hitting RET, which suits me fine.

Oh, and it just forks mplayer to actually play the movie.  Sorry, I didn’t implement H.234 decoding in Emacs Lisp.

So, not much code this time…  but it’s a bit interesting how writing about stuff like this changes the stuff itself.  Before starting to write this, the interface was even more minimal.  It didn’t have thumbnails and wasn’t in Futura.

The last picture there is how it used to look.  Just as functional (if you squint), but I thought “hang on, an Emacs interface without any pictures would be just to stereotypical”, so I added the thumbnails.

When writing software that I’m just going to use myself, it gets a lot more basic.  I get to embarrassed about the code quality, and I start cleaning it up, and before you know it, it has all these…  frills.  I’m not actually sure it’s a positive effect.  It might be.  Hm.