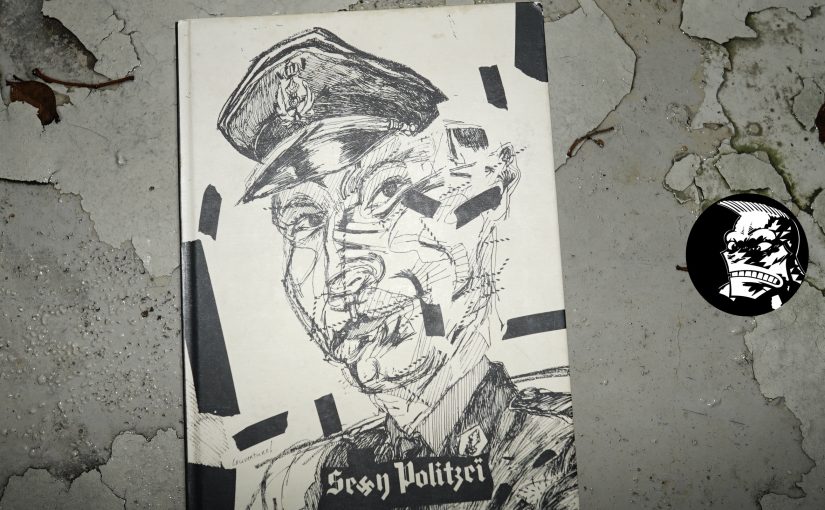 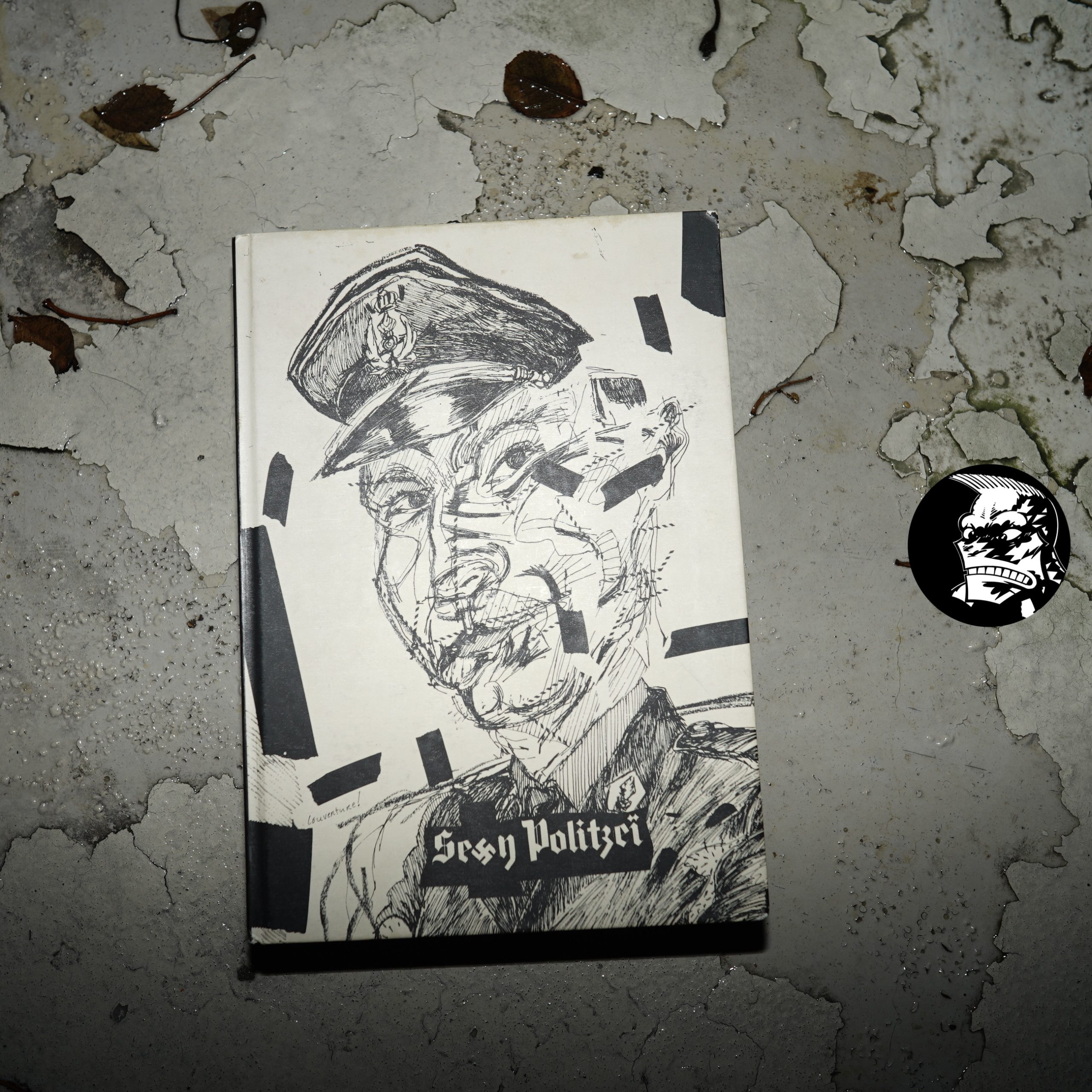 Sexy Politzei by Bruno Richard and others (215x305mm)

I thought this blog series was over now for sure, but then I happened onto this book while spelunking the interwebs, and I thought it looked pretty interesting, so I finally scored a copy.

The book is, according to all sources, by Bruno Richard, but I can’t actually find his name anywhere in this pretty hefty tome. 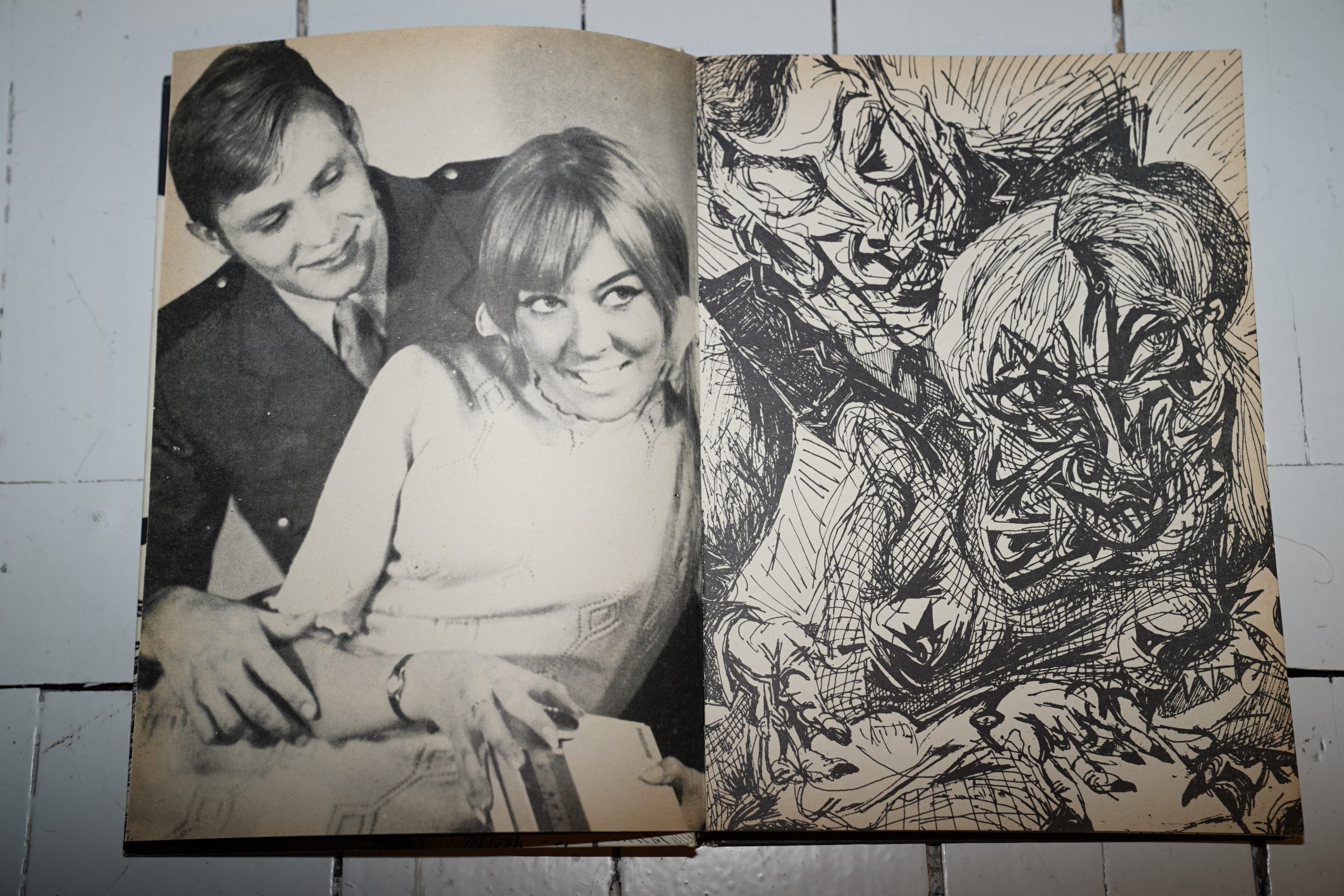 But it’s a pretty moot point, because it certainly looks like Bruno Richard. 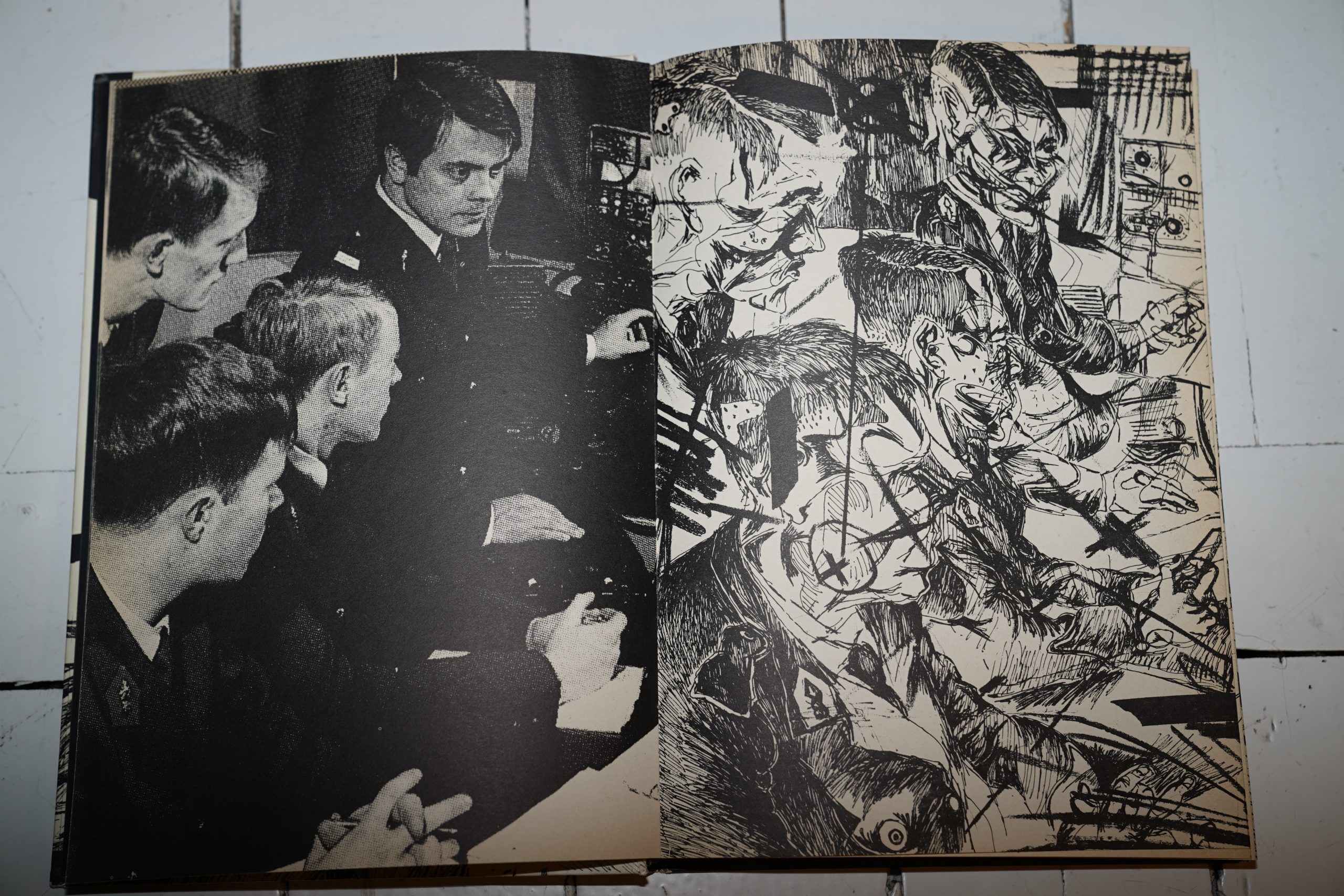 This is a very high concept book, I guess you could say — on each left-side page, there’s a photo of some cops, and on the right-side page, you have Richard’s version of that photo. And the renditions are sometimes oddly faithful to the originals… 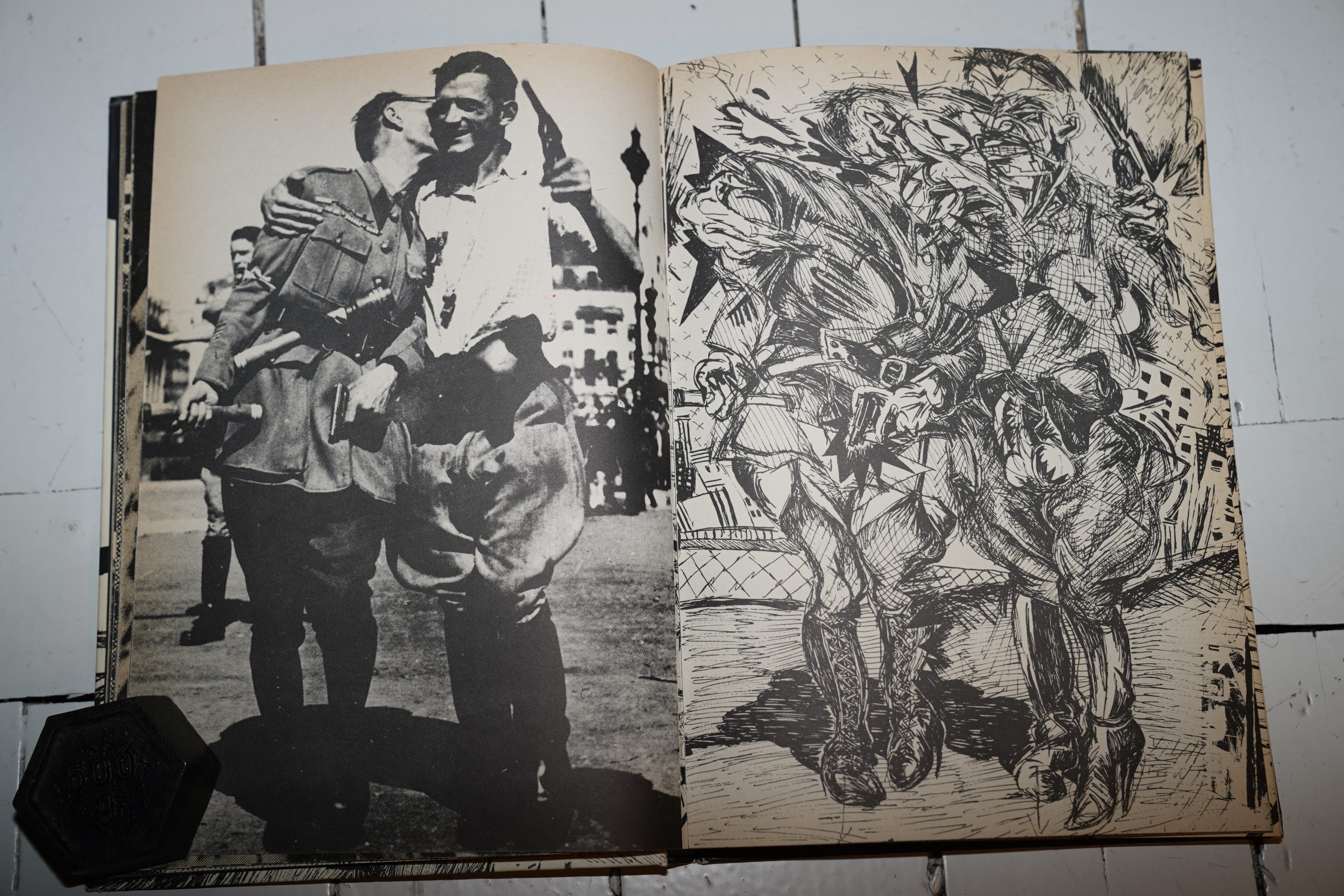 … and sometimes it’s wilder. But then again, some of the original snaps are already pretty wild. 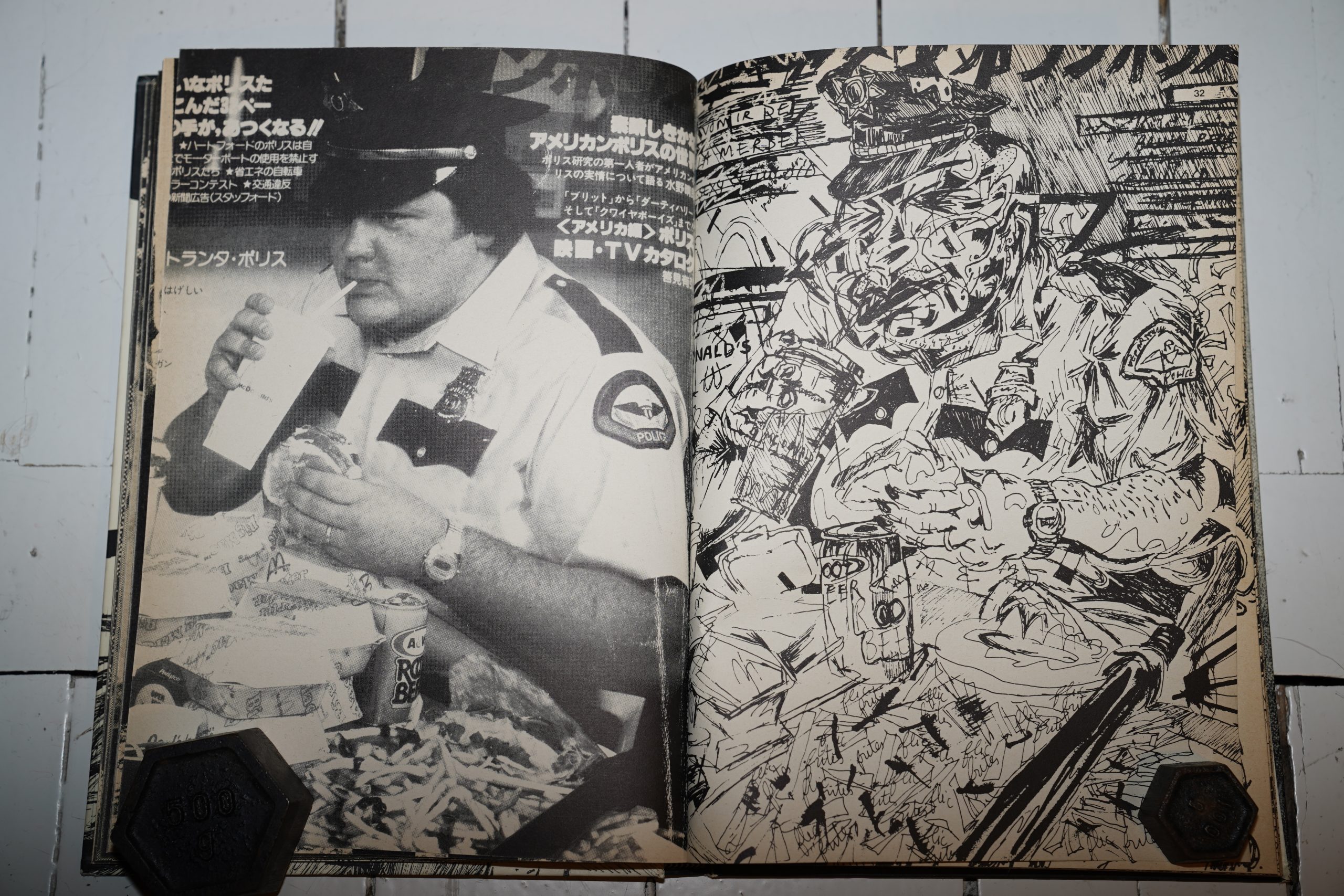 But what’s the point of all this? The book has over 90 of these drawings (which means the book is about 220 pages long, and ends with an appendix which details the origins of each image). 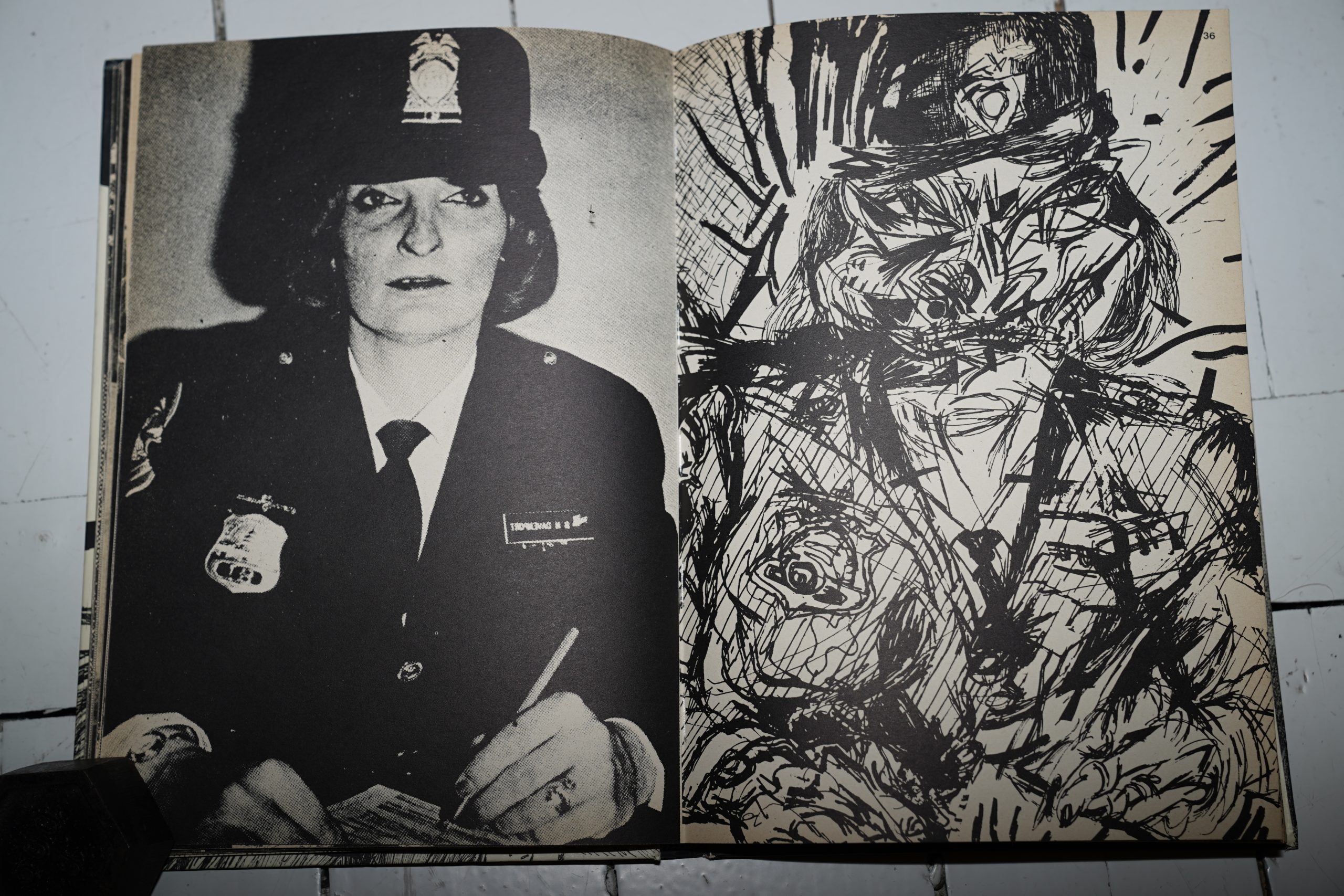 Is Richard just fascinated by cops? Or loathe them so much? Are the drawings just exercises in a sketchbook, collected here for our amusement? 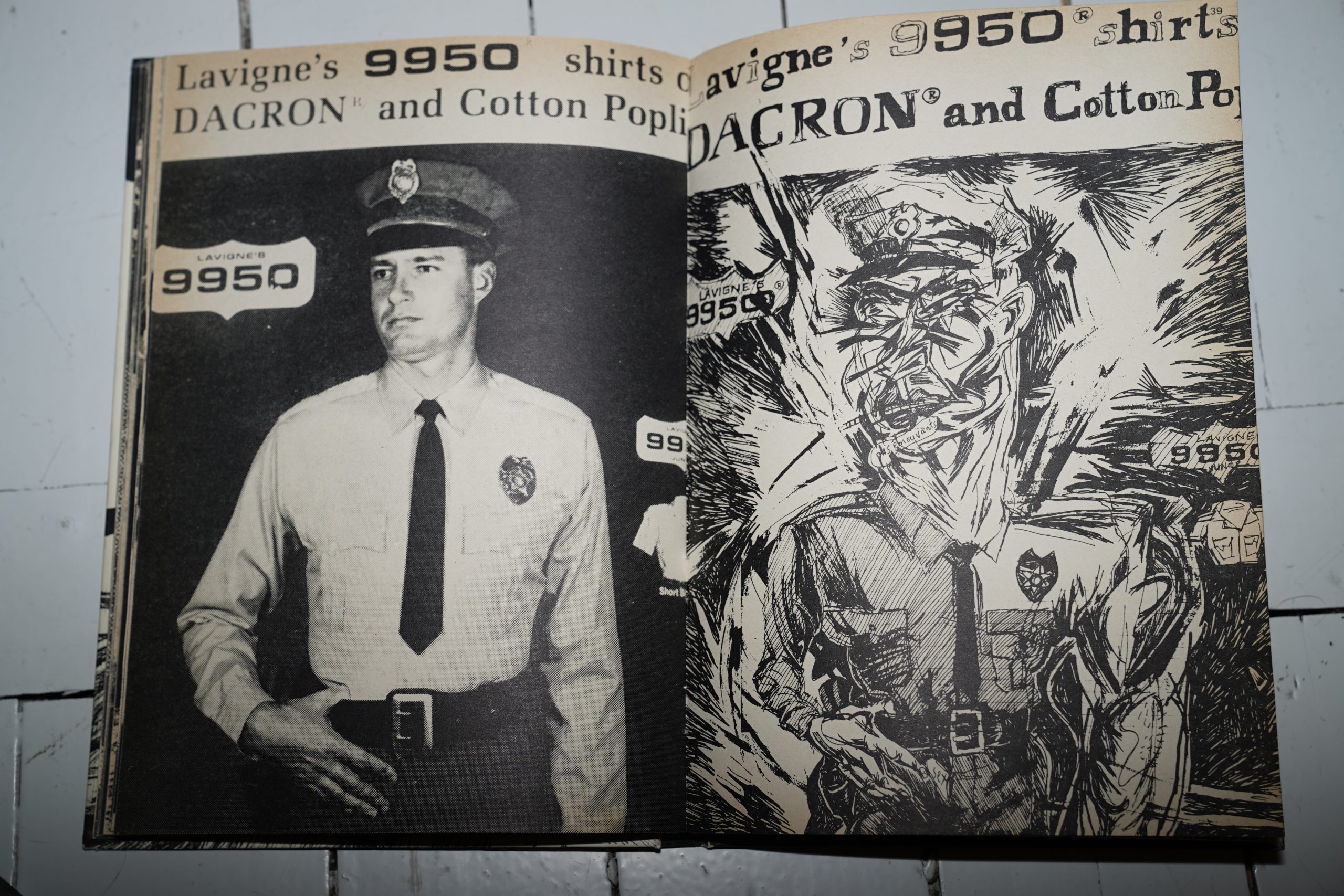 He even replicated texts from the original pictures. It’s obsessive and it’s pretty fantastic. 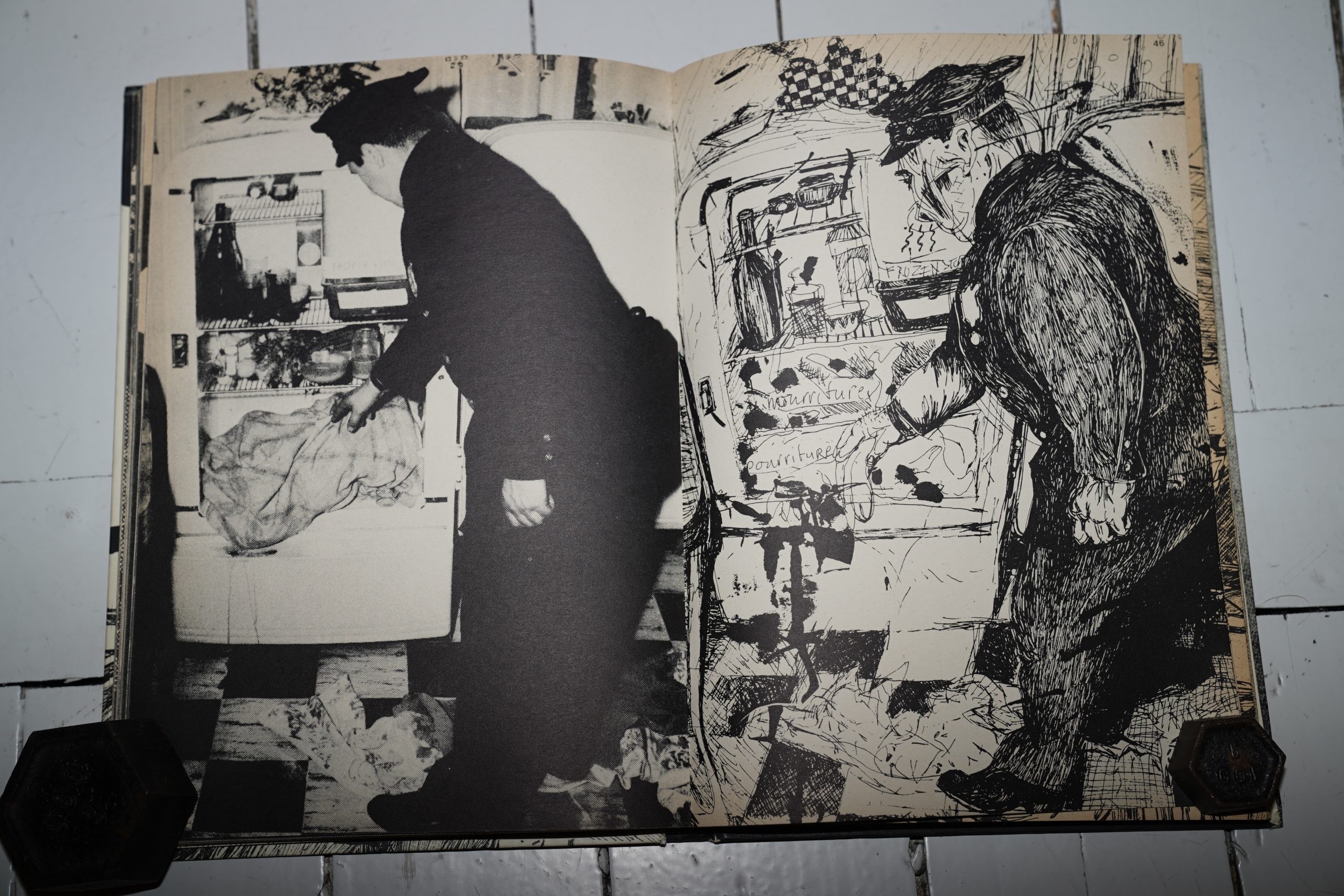 There’s a handful of crime scene pics, and a couple of them are really gruesome (I’m not including any of those here). 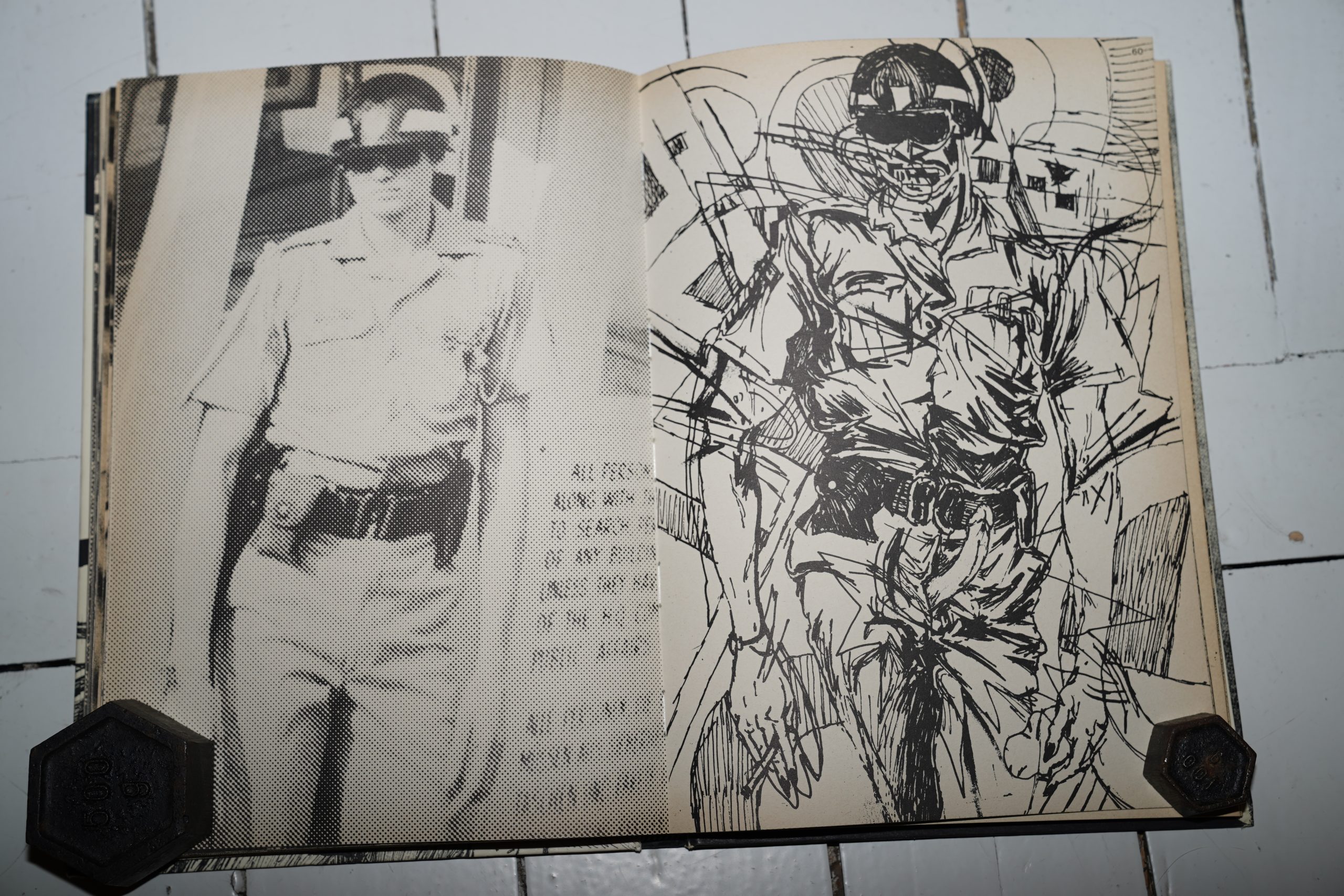 And in many of the drawings, the politzei aren’t that sexy, but then some are. 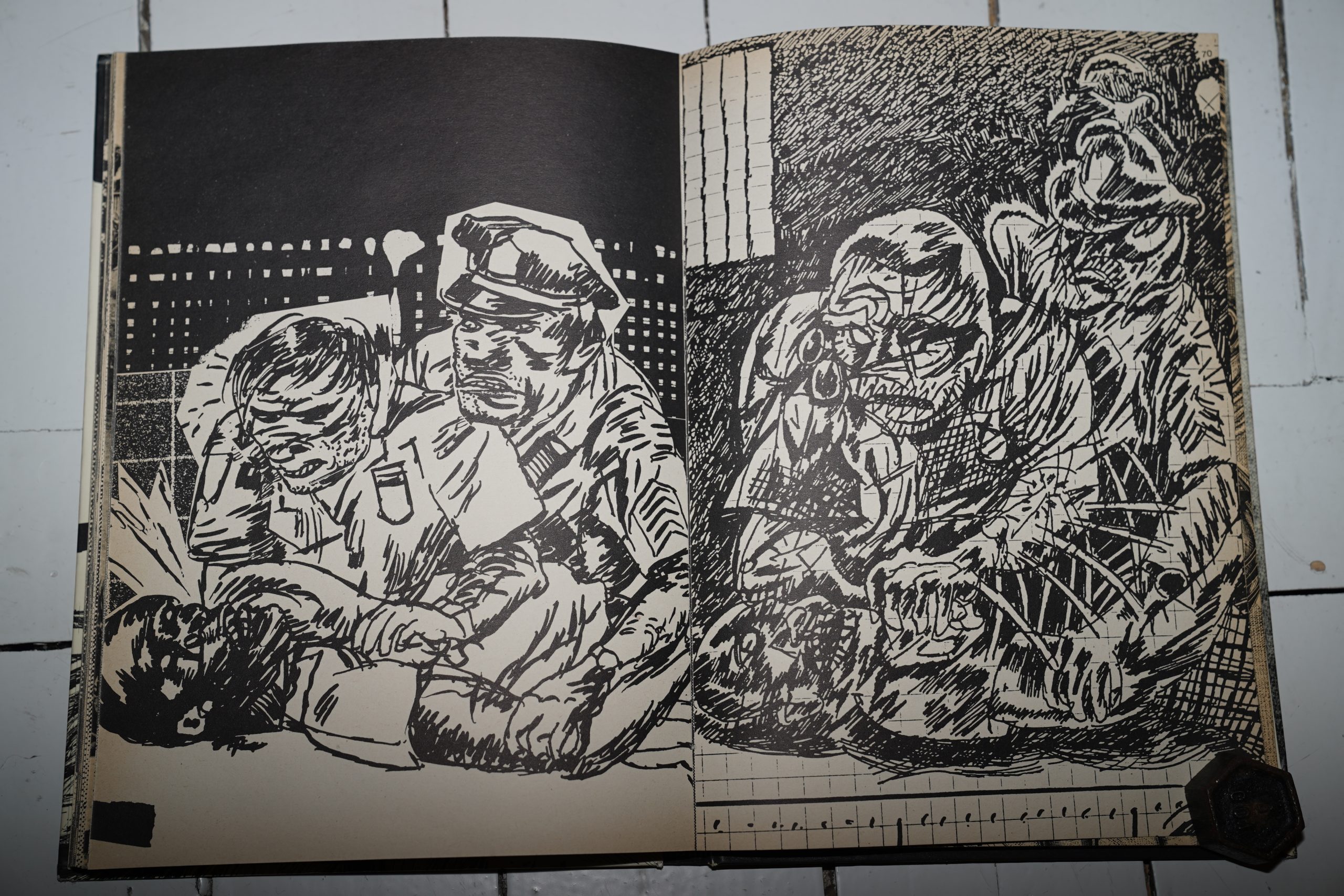 But! The reason I’m snapping this book at all for this blog series is that Gary Panter makes several appearances! On the left page here, we see a collaboration between Richard and Panter, and on the right-hand page, Panter does the same image on his own. (According to the appendix, but I’d have goessed the opposite, really.) 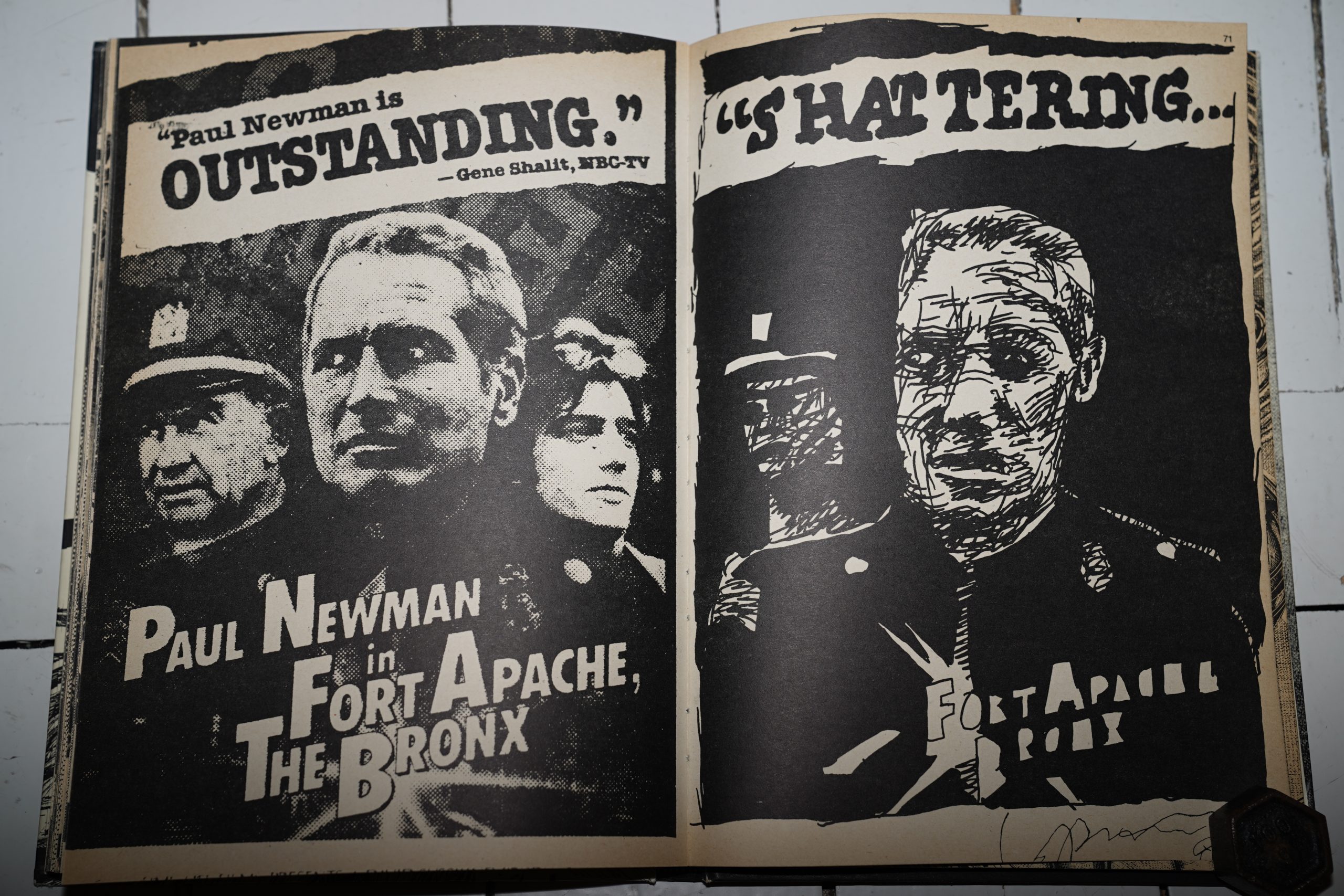 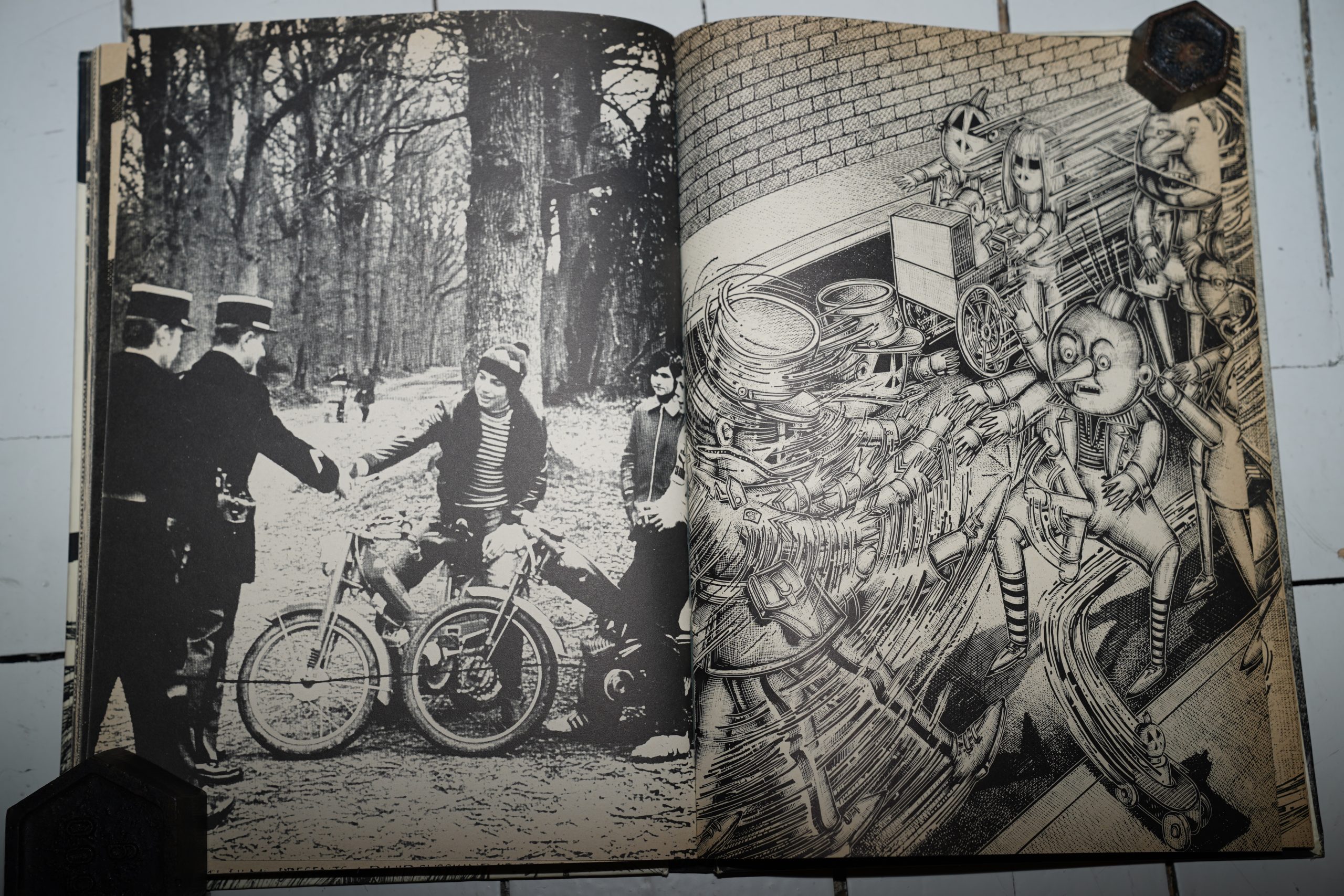 Pascal Doury does a couple of pages, but is less faithful to the original compositions than Richard and Panter are. 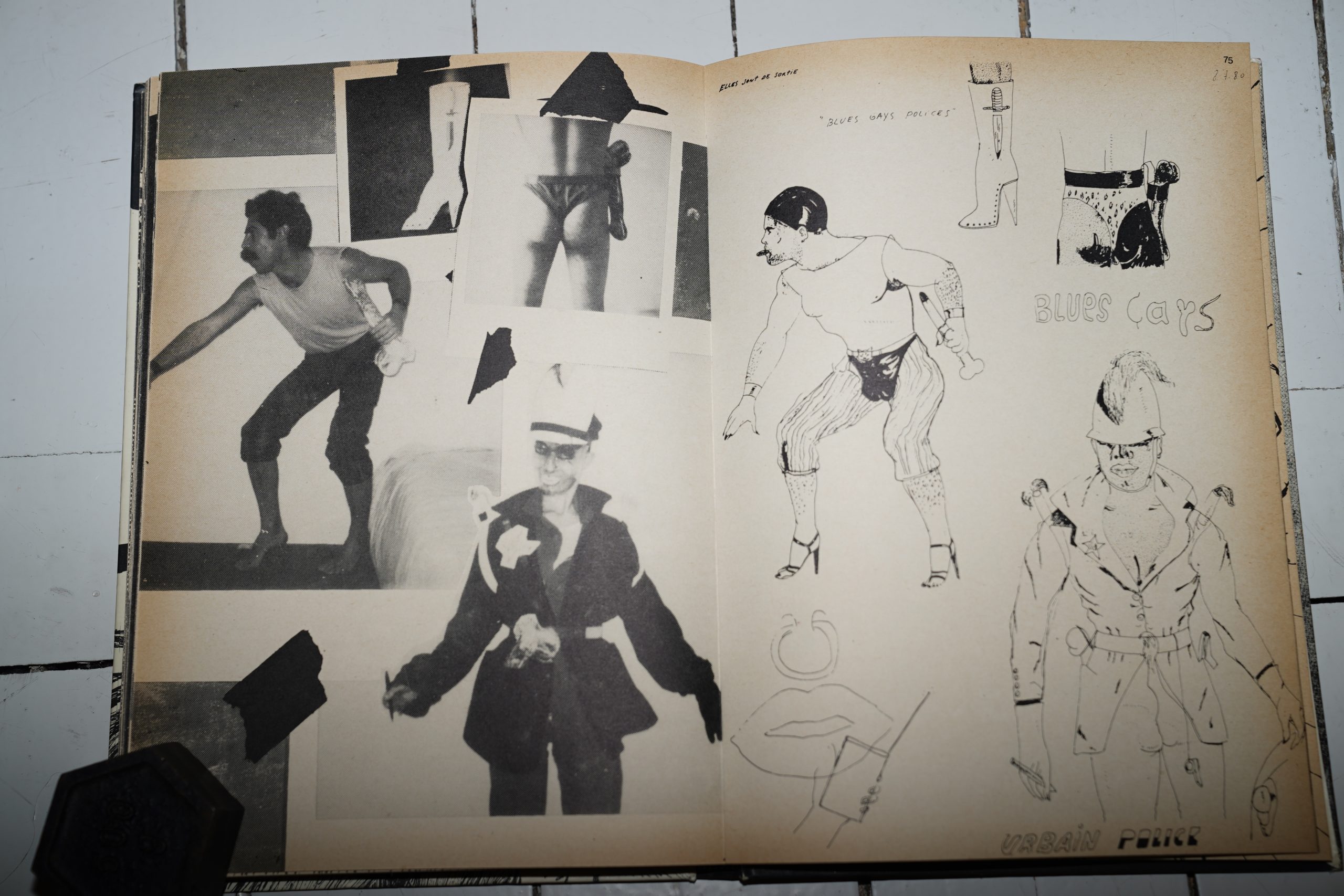 And then we get a further break from the concept with several pages from Tomeo Cabot, which doesn’t really seem to feature cops at all? 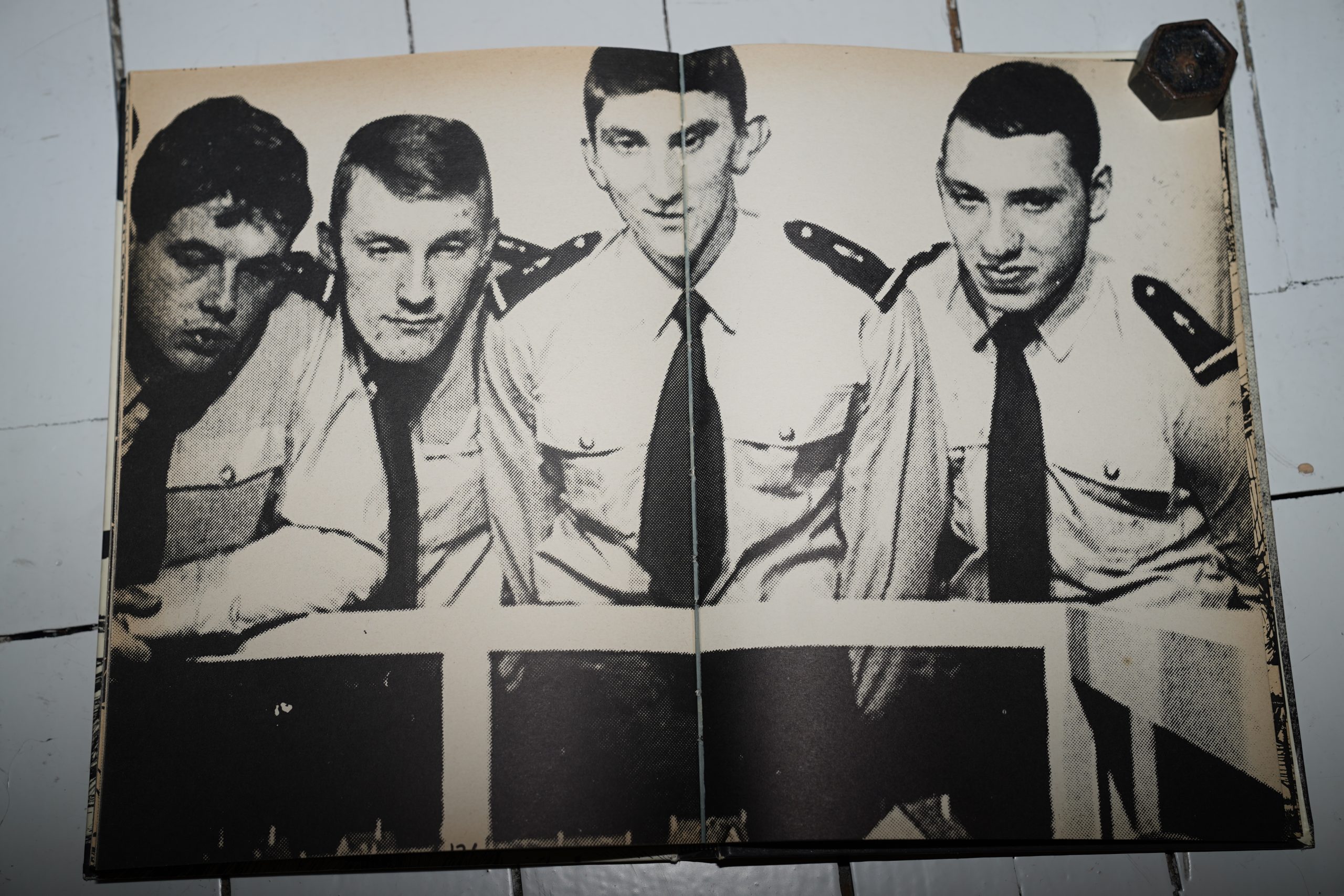 And finally, the book ends with a bunch of two-page spreads… 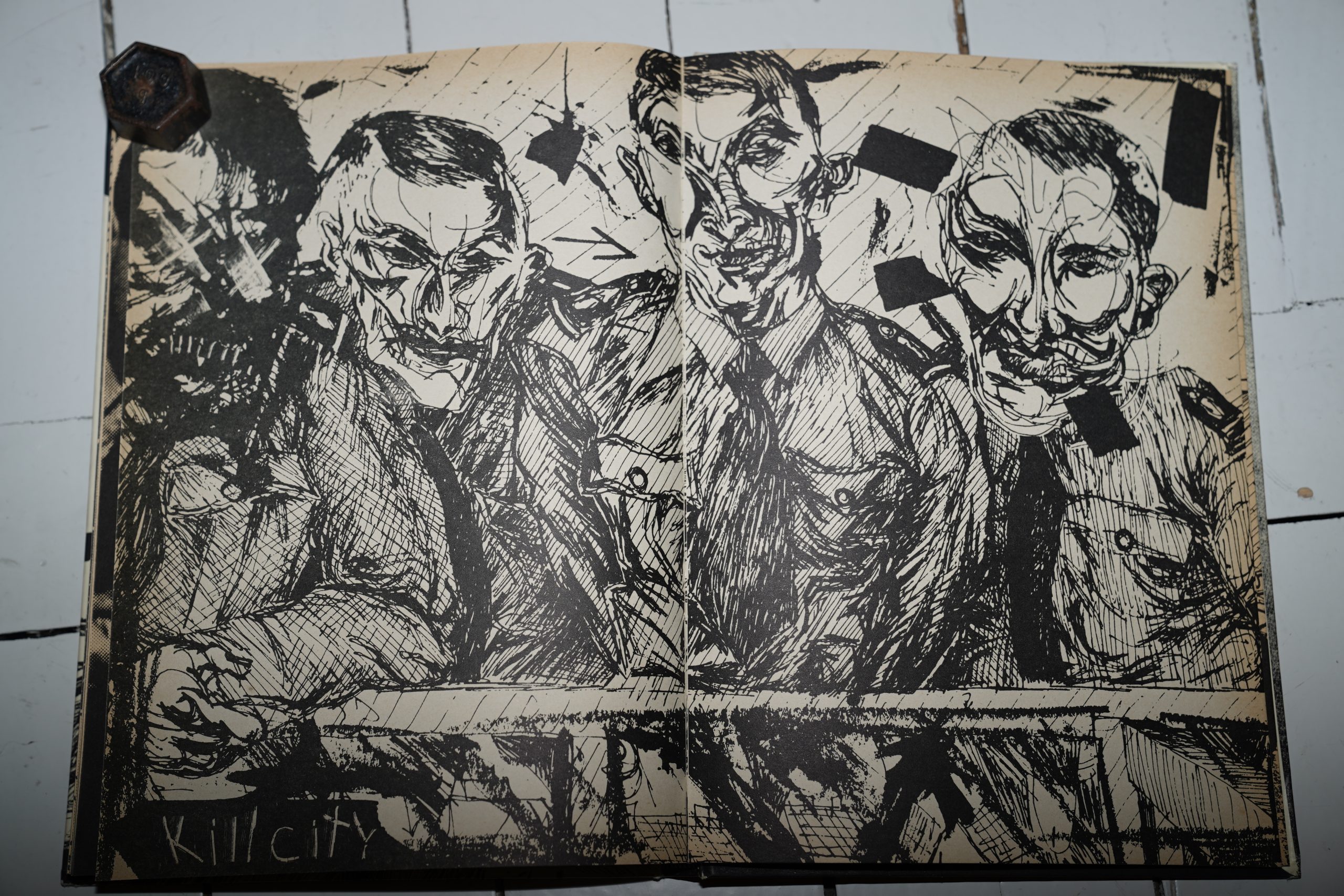 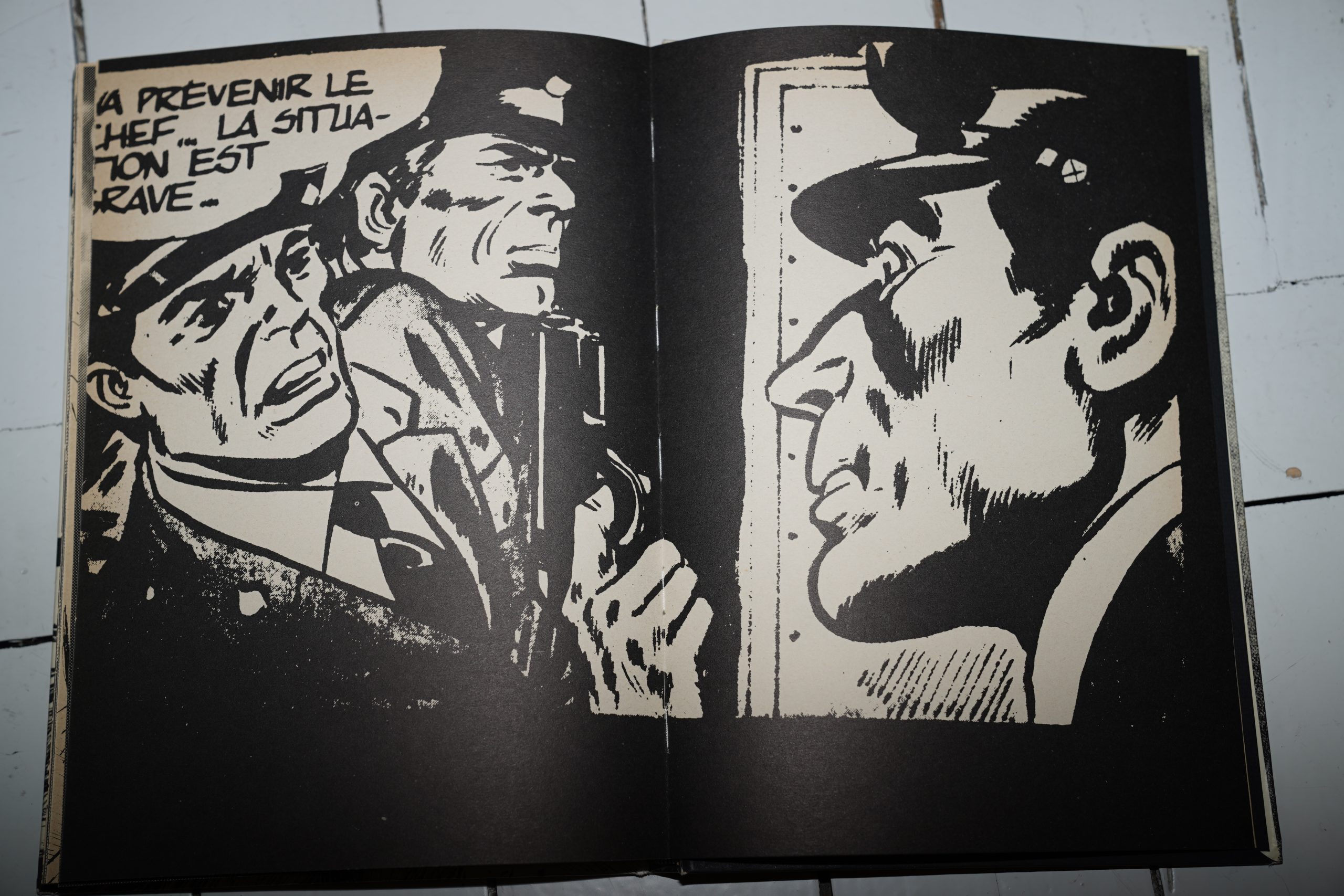 Richard also does a panel from a Hulk comic. 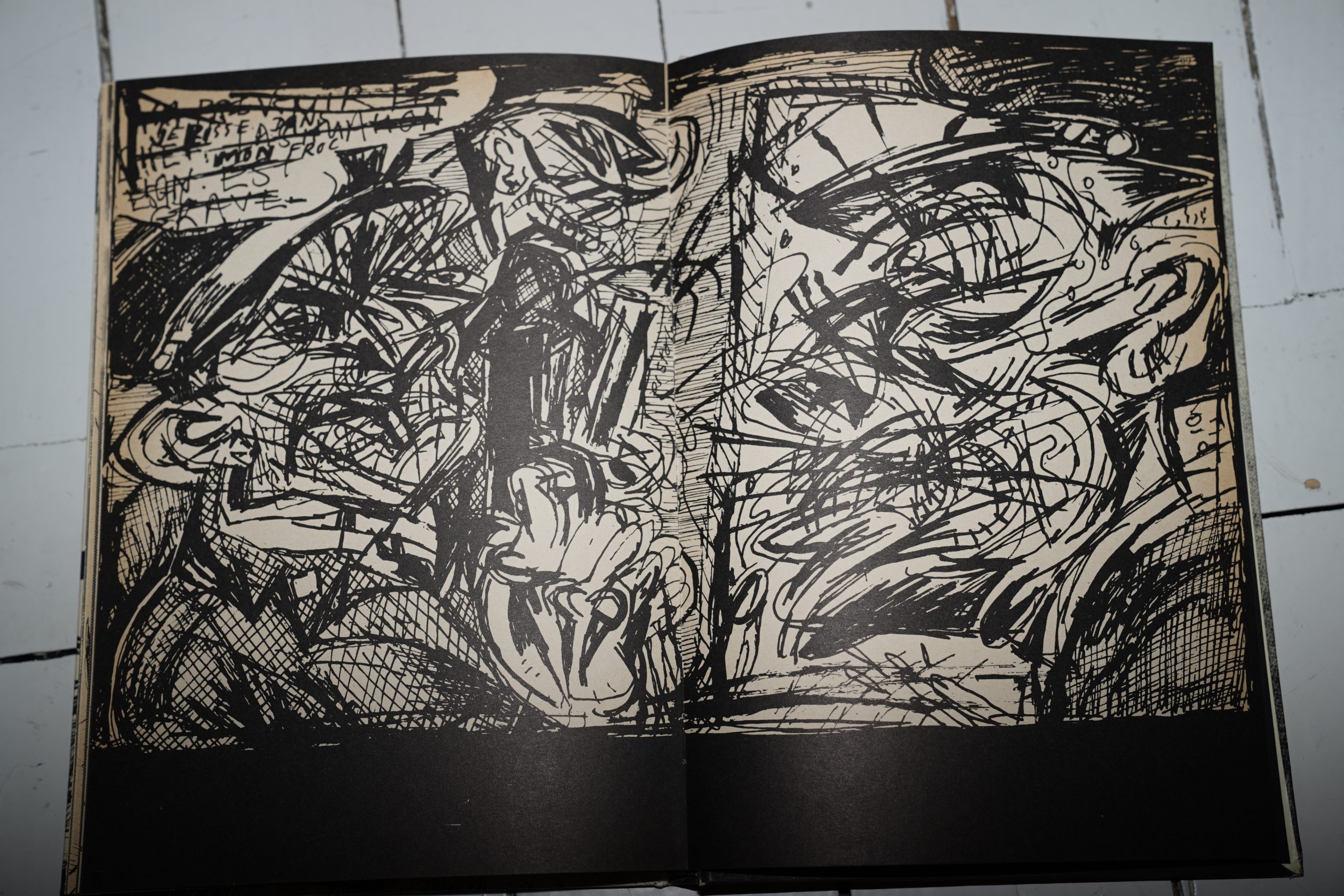 So that’s a really odd book, even for an art comic book of its era. The book itself says it’s published by Imprimeurs Libres, but according to the Internet, it’s really published by Futuropolis. Is the lack of information about who created the book (i.e., Bruno Richard) and an appearently misleading colophon (Imprimeurs Libres) because they foresaw some kind of controversy around the book? It doesn’t really seem like a book that would cause any kind of scandal (especially not in France), but then again, 1982 was a different era.

And is this the book Black Cab was singing about?

Anyway, it’s an awesome book, and my copy is very well-thumbed, so it seems like the previous owner(s) were also fascinated by it. (Or perhaps it’s been on the shelf of a used bookstore for decades without selling.)