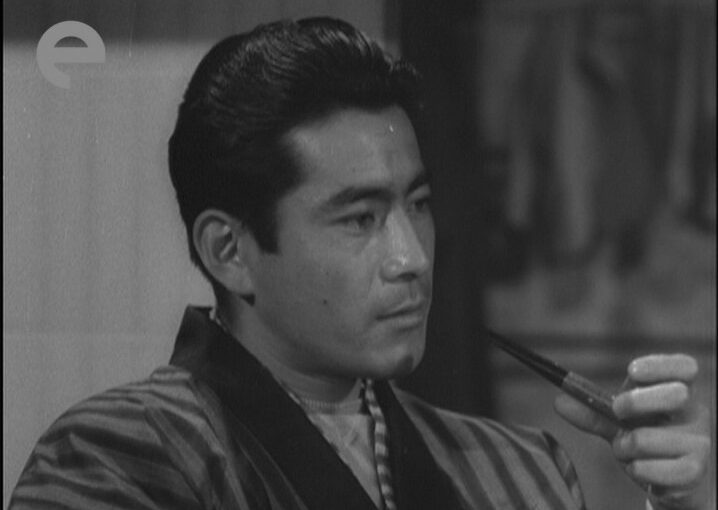 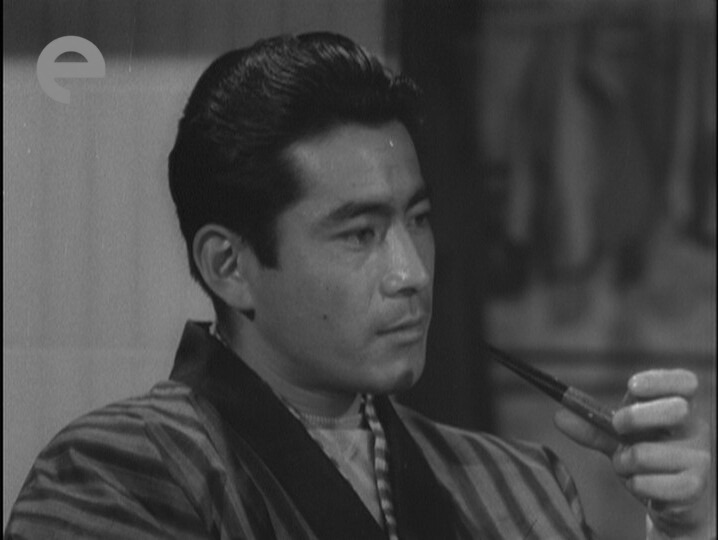 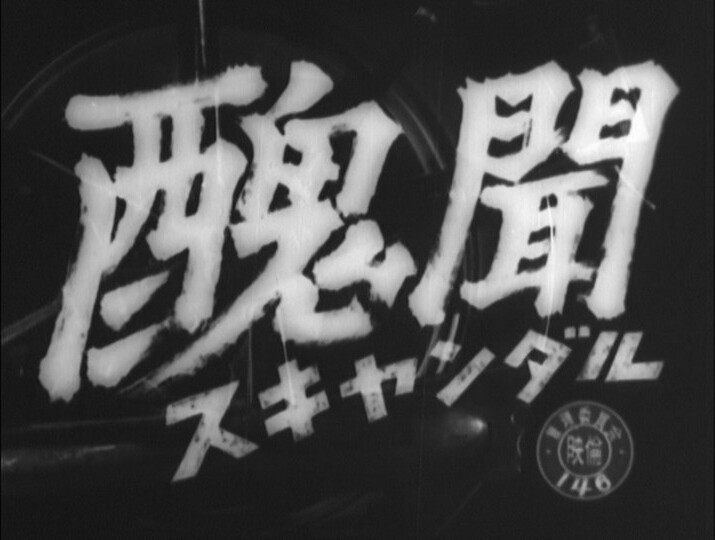 Philistine time: I remember Kurosawa being hot shit back in the 80s, what with spectacles like Ran being shown in theatres all over the world, and nominated for all the Oscars and everything. Yes, sure, he’d been hot shit before that, too, but that was when I became aware of him.

And… as a teenager, I kinda though… “this is a bit naff, isn’t it?” Then we got Akira Kurosawa’s Dreams which, indeed, confirmed to me that Kurosawa was a bit naff.

So while I did also watch Rashomon at the time (you couldn’t walk past a cinematheque at the time without somebody jumping out and forcing you to watch it) and I thought it was OK-ish? I’ve always been sceptical of Kurosawa. And I think I watched Seven Samurai on VHS? It was OK.

To me, as a teenager, he seemed maudlin and overwrought. And this was as somebody who loved Percy Adlon and Douglas Sirk. So I’ve never made an effort to catch up on his films.

Last year I watched Seven Samurai, and I was bored out of my skull. Rashomon was better — kinda funny?

So… there’s nine early Kurosawa movies in the Eclipse box sets, and… I can understand why Criterion dumped them here instead of trying to make people pay real money for real Criterion releases, because they’re mostly (based on the three movies I’ve seen so far) brutally pedestrian.

So here’s the third-most controversial thing I’ve ever said: Kurosawa ain’t all that. 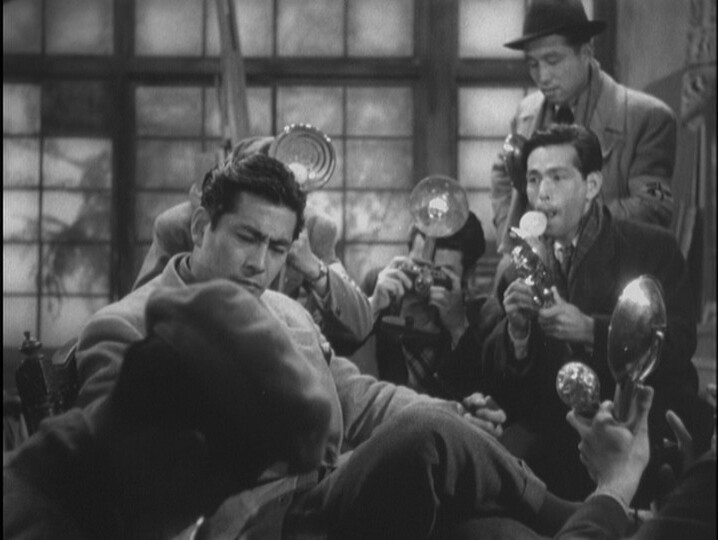 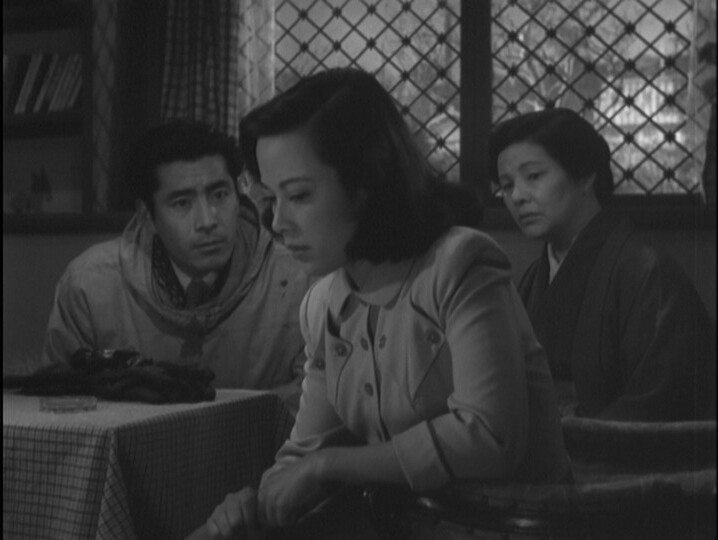 See? It’s one shot after another like this — violently uninspired cinematography and completely unconvincing performances by the actors. Compare with, say, Ozu — it’s a totally different ballpark. 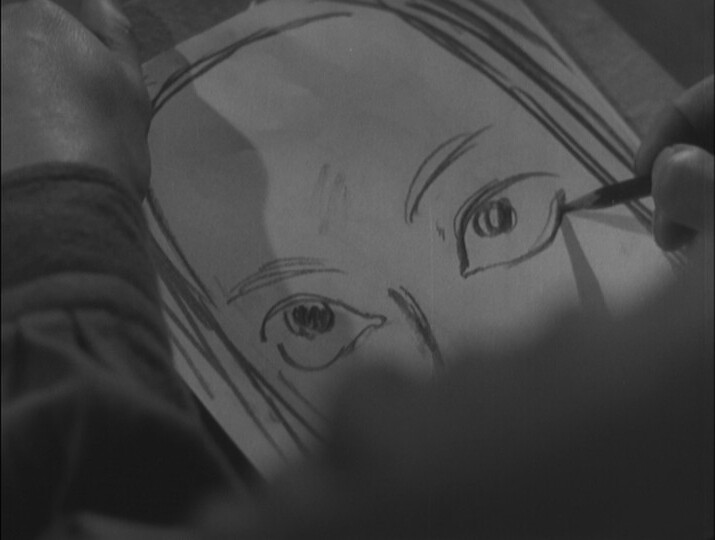 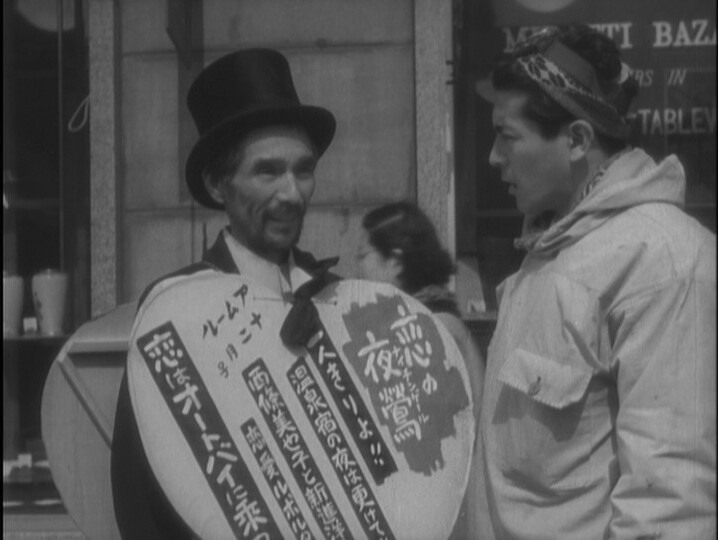 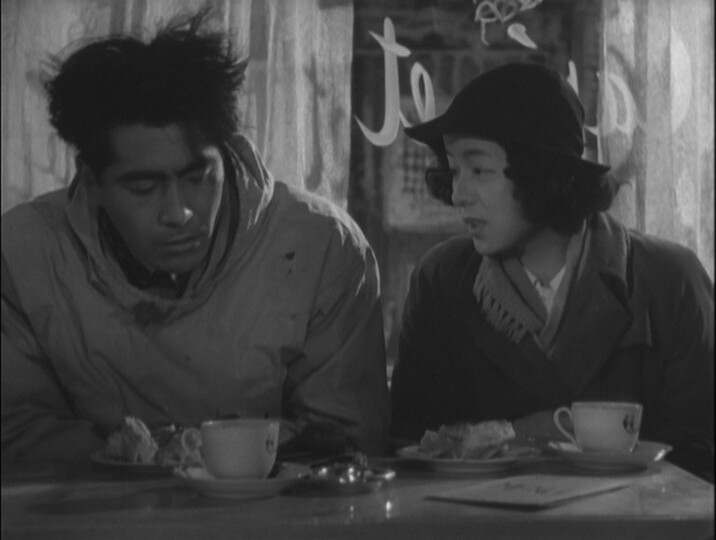 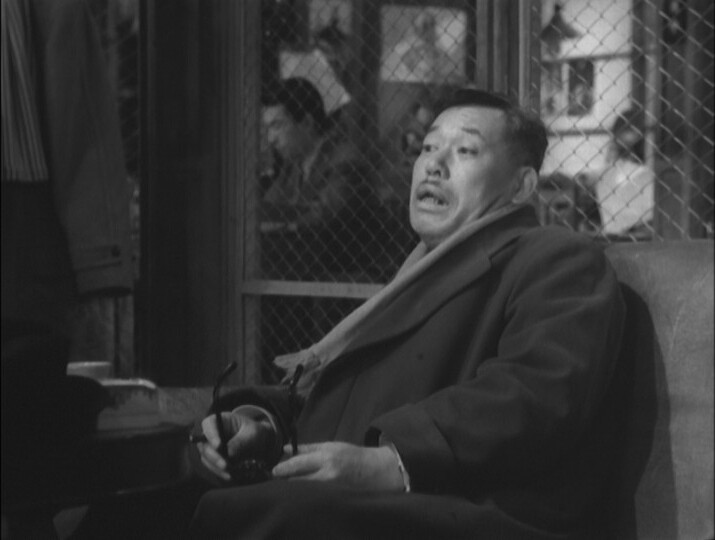 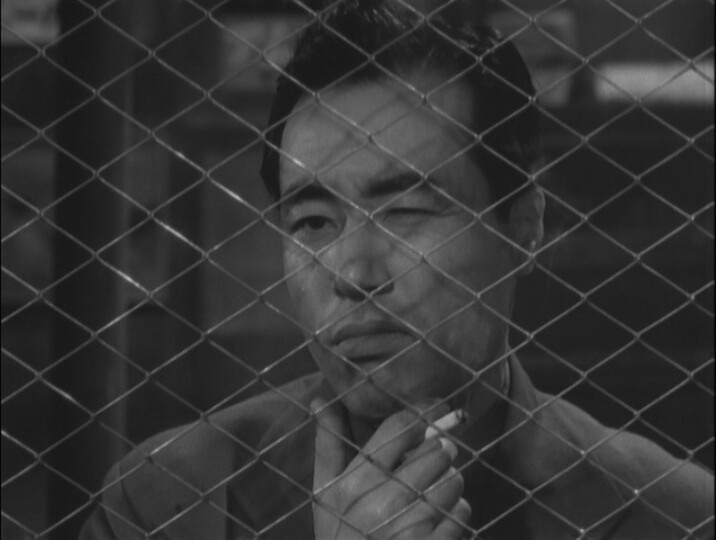 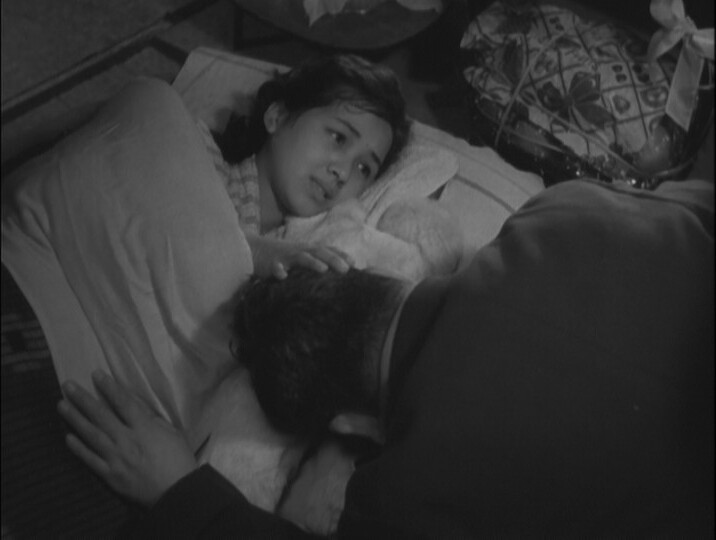 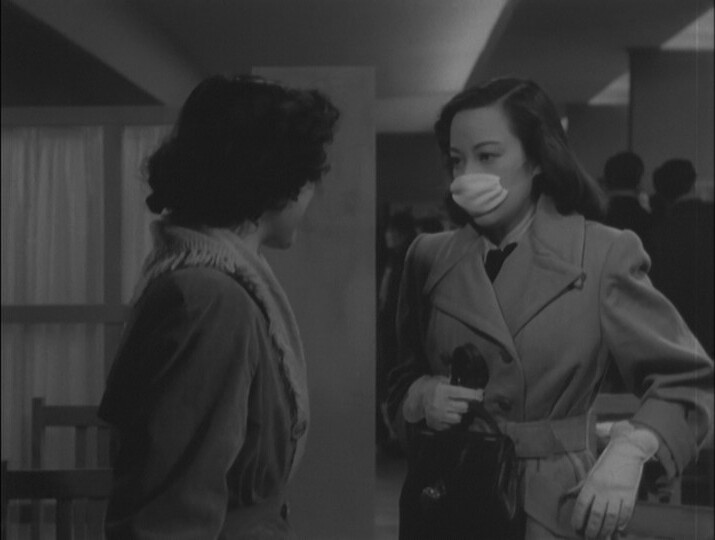 The Mini-Mask. The height of fashion in the 50s. 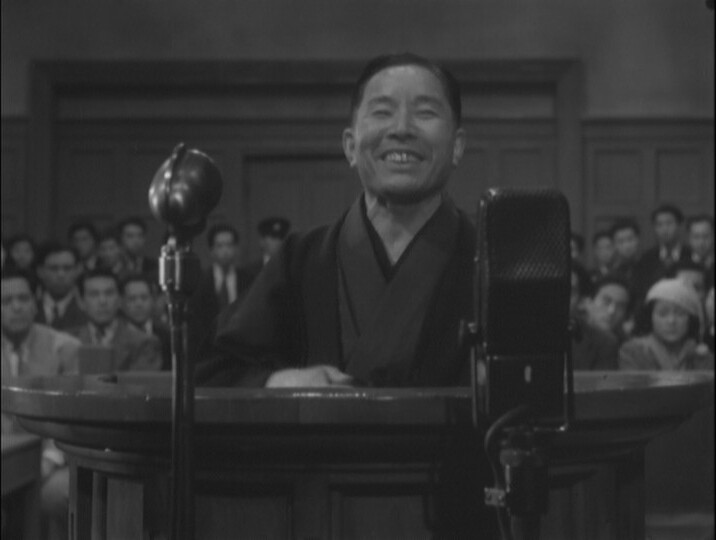 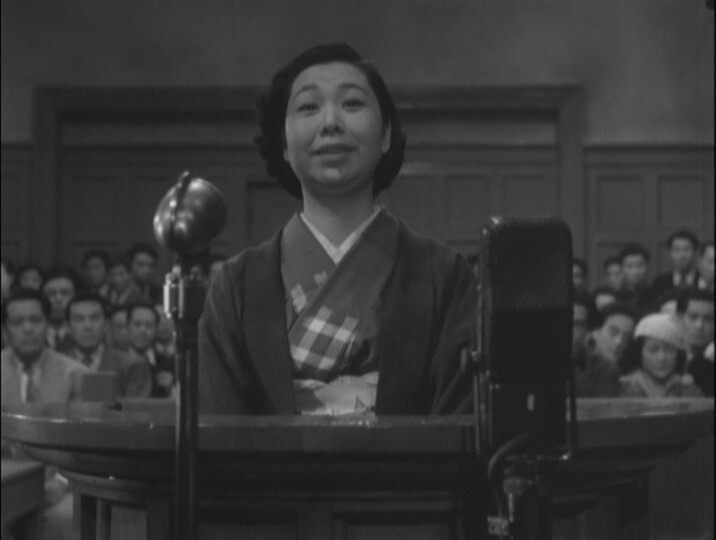 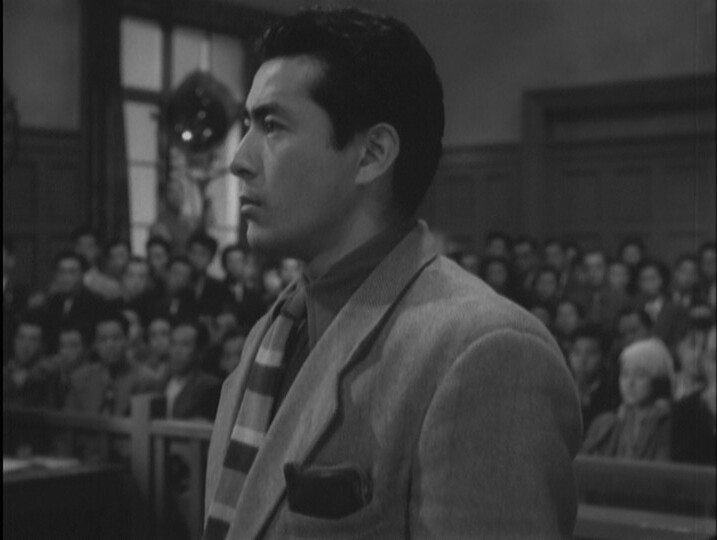 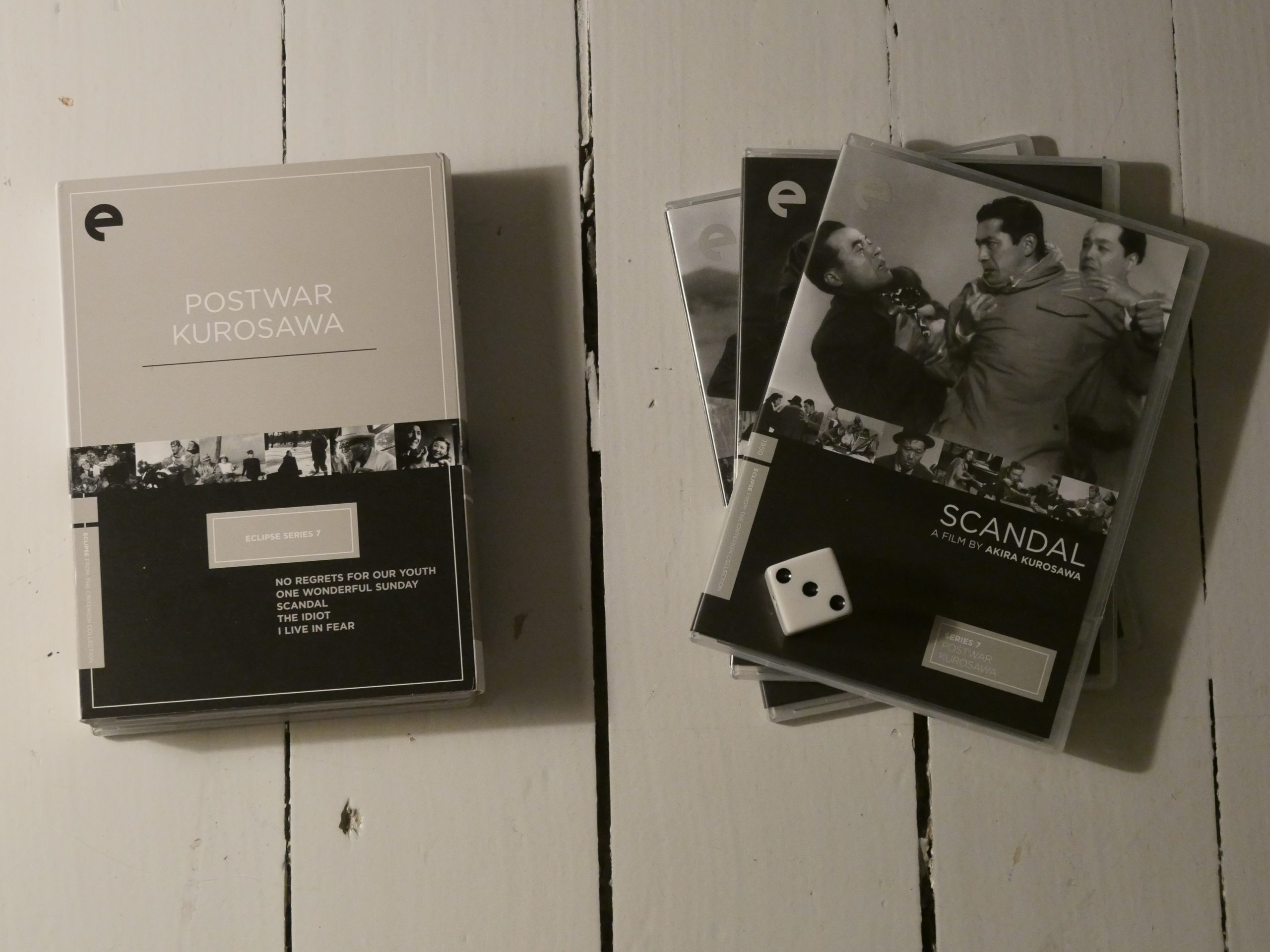