Wow, this is really something. I don’t think I’ve seen anything this chaotic from a Japanese director… I guess it’s a supercharged reaction to the media reports about nihilistic post-Rebel Without A Cause teenagers?

But with jazz instead of rock.

(And Breathless, I guess.)

This is beyond deranged. These guys run over a man and kidnap a woman, and then one of the guys rapes that woman (but then it turns ambiguous, because she, of course, because it’s 1960), and…

I think the point of this movie is that rape is fun.

Sounds logical to me.

This movie is way less racist than Japanese movies usually are.

Anyway, I’m not sure I’d argue that this is a “good movie”… but it’s fantastic. 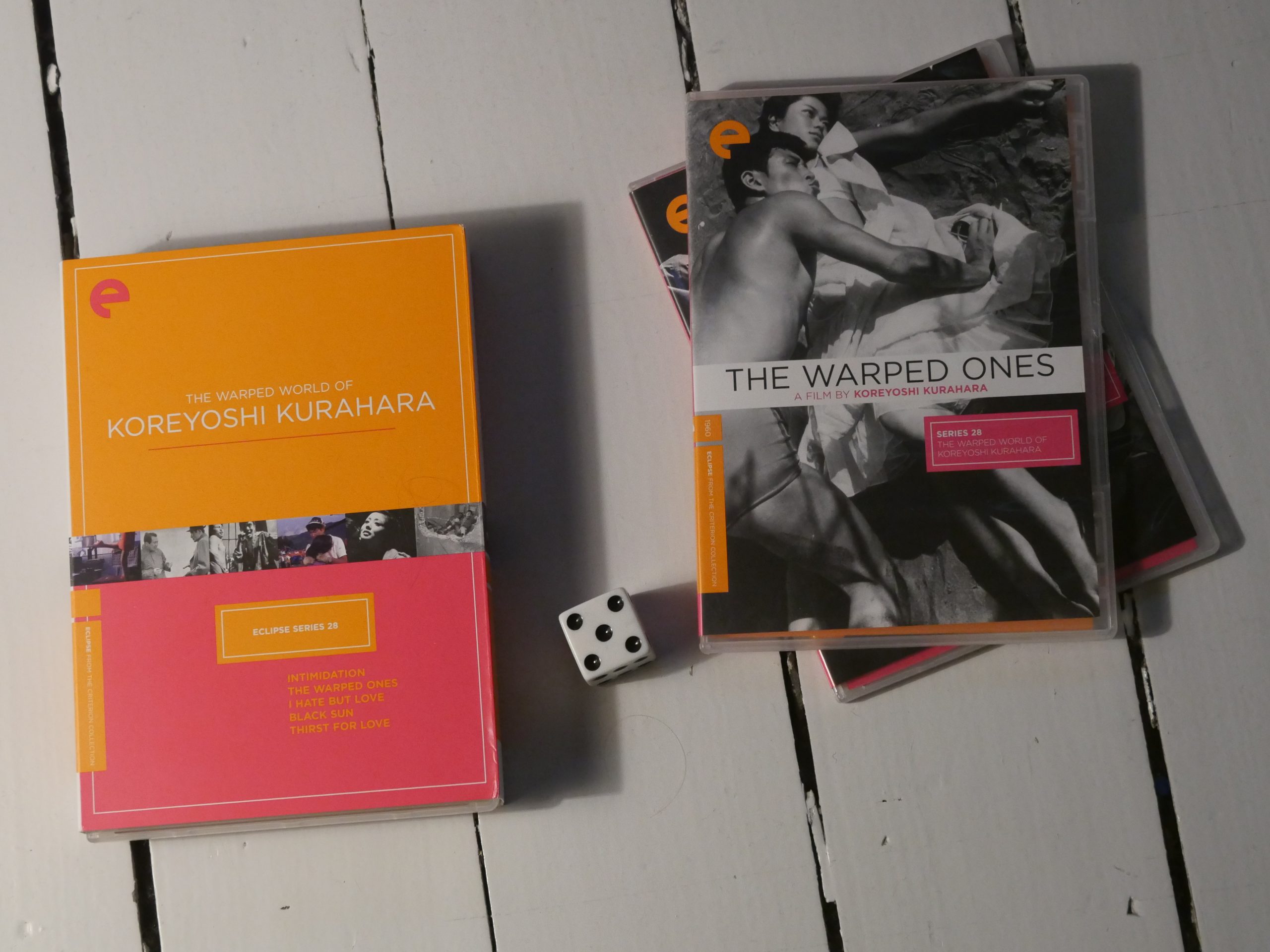 The Warped Ones. Koreyoshi Kurahara. 1960.