Could he be the villain?

So this is where Bezoz got the design from.

This is a straight up sf movie? This is not what I expected from Criterion — they usually eschew genre movies (I mean, unless they’re really … big…).

Is there gonna be a twist and then it’s gonna be all existential and stuff?

I paused a bit and read the DVD insert text. This was made by the Shochiku studio, one of the oldest and staidest studios in Japan (Ozu etc), but they made four genre movies in 1967 and 1968, and that’s what this box set is about: They’re of interest because they’re contextually odd?

But I’m enjoying these designs.

So much work have gone into these sets!

I appreciate that they didn’t do space all black and stuff.

That’s how I want my bathroom to look like.

It took a long time before we got to the monster!

I’m enjoying this movie. It’s got a kinda relaxed storytelling pace… nothing is all that dramatic, but there’s always something happening.

But I can also see why this wasn’t the start of a mega-franchise like Godzilla. Sure, it’s a cool monster that destroys Tokyo, but it doesn’t seem to have the potential for a fun mythology like Godzilla had.

Well, OK, I don’t think you can say that this is a “good movie”, but there’s something about all these awkward oddball scenes that appeal to me. I mean, I understand why this isn’t a well-loved cult movie. But still: 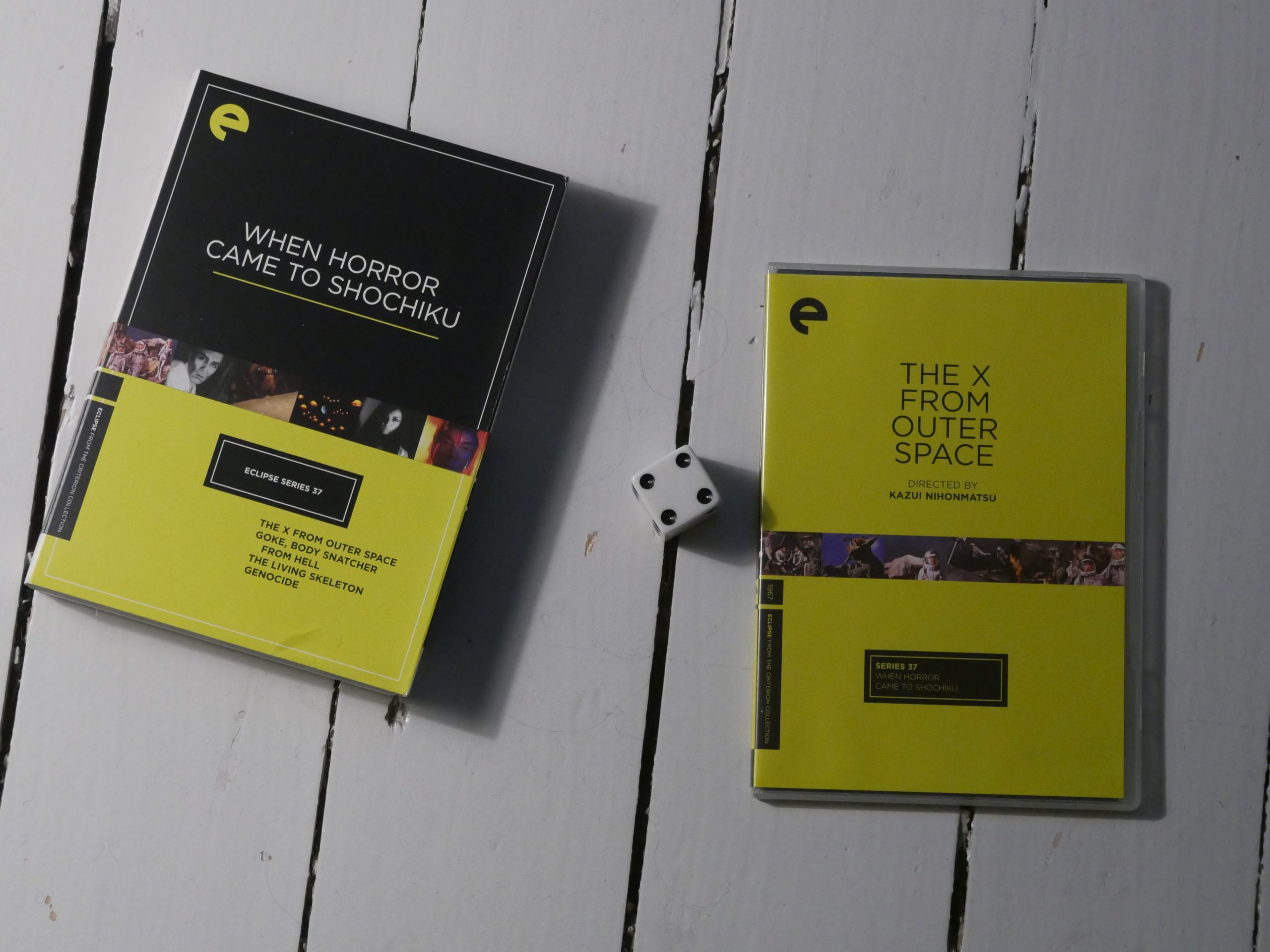