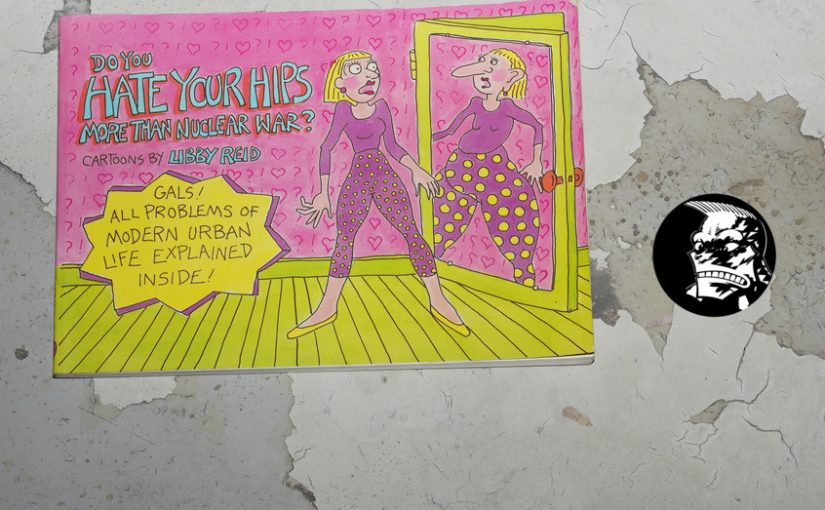 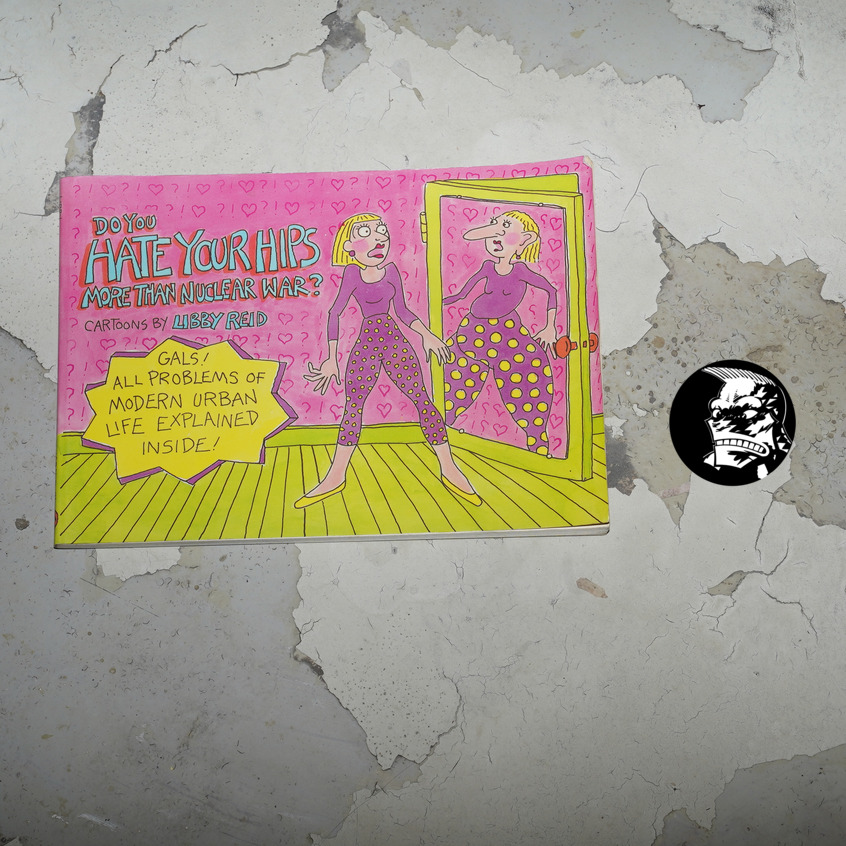 Do You Hate Your Hips More Than Nuclear War? by Libby Reid (216x152mm)

I’ve covered a few books that have been “adjacent” to the purported subject matter of this blog series… but I don’t quite know why I meant to do this book. I mean, it doesn’t look very… adjacent?

Hm… *ponder*… Oh yeah, I think it’s coming back to me now, but it might be a fake memory: Was there an ad for this in an issue of Raw? It’s published by Penguin, who had recently published the first Maus collection, so perhaps that’s what prompted the connection.

OK, I just don’t know. At some point, a month or so ago, I bought this book because I thought it would be pertinent or something, so let’s read it.

So — it uses a pretty standard format — topical (or not) jokes arranged by subject.

Er… is this a Christian book? Or is this an anti-Creationist joke? Americans are so confusing.

But there’s not a lot of religion in the rest of the book. It varies between observational humour (to the left: “aren’t fridges full of stuff, eh?”) and absurd stuff (to the right: “anti-gravity spray”).

I think both approaches are pretty successful here? I mean, those are two solid gags. I mean, I’m not laughing out loud, but I’m amused… 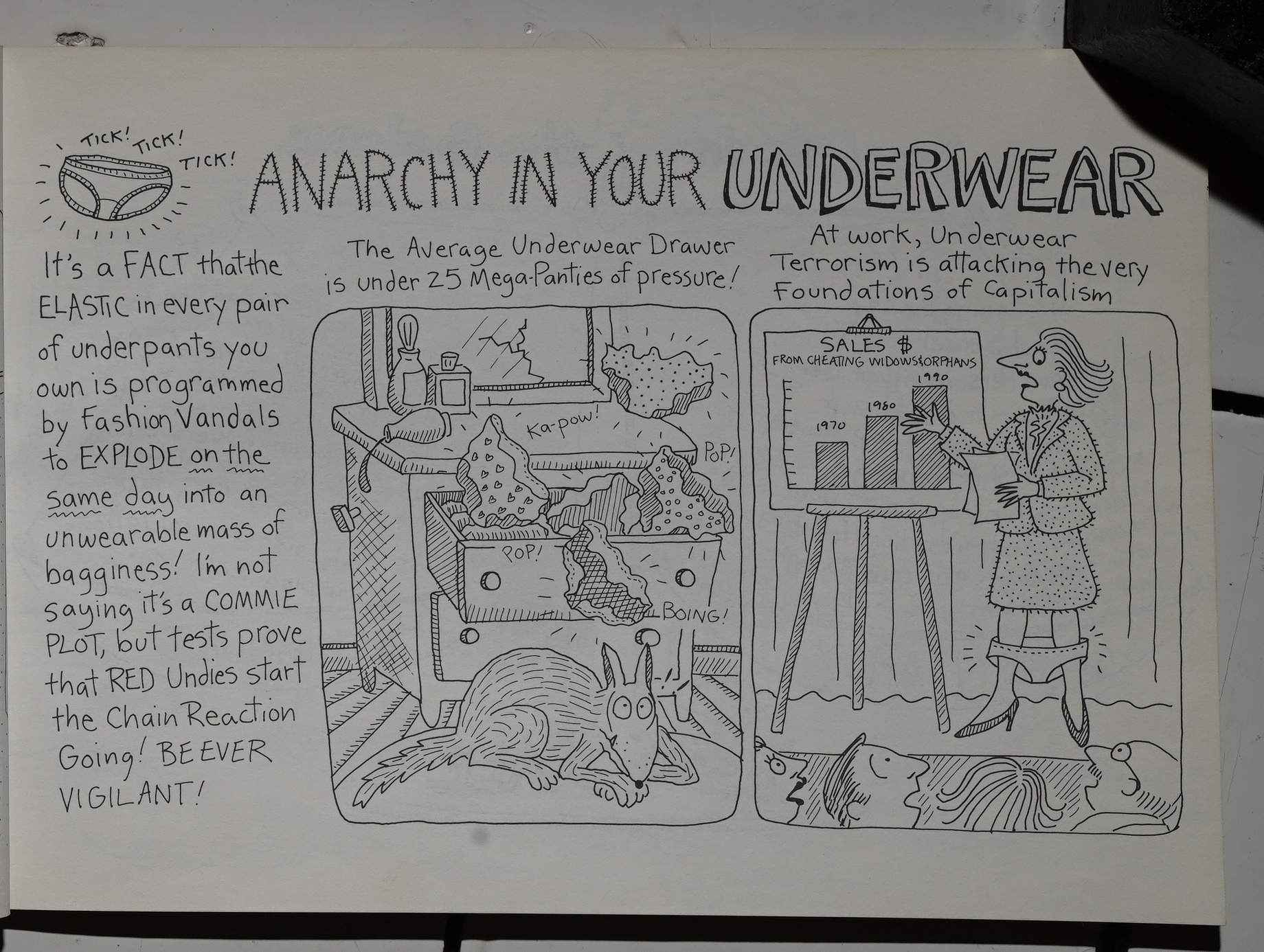 And here’s a mixture of observational humour and absurd humour. 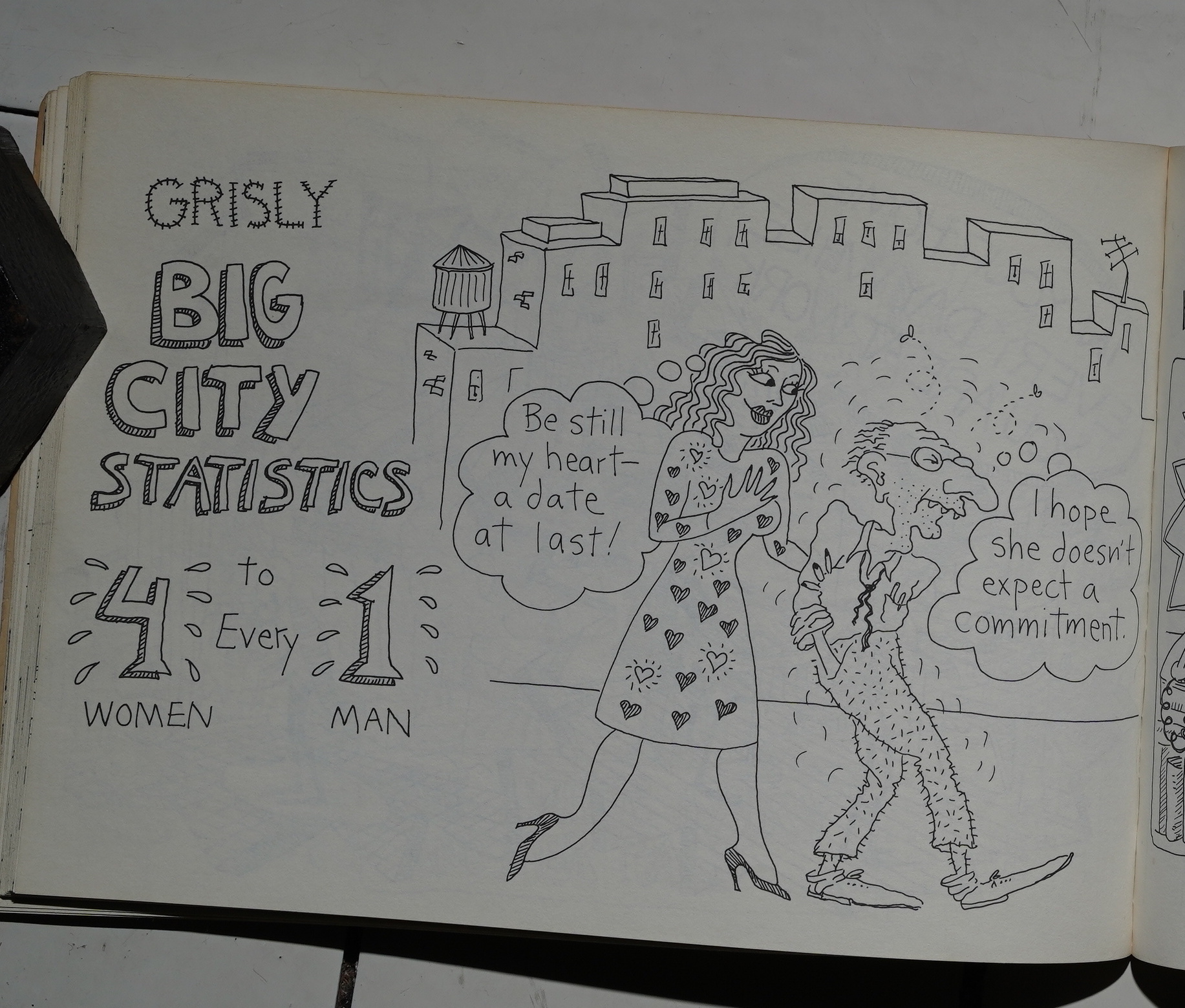 Oh yeah — I’d totally forgotten that this topic was so major in the 80s. I think the discussion has totally flipped these days, eh? These days it’s all about them there poor incels instead. 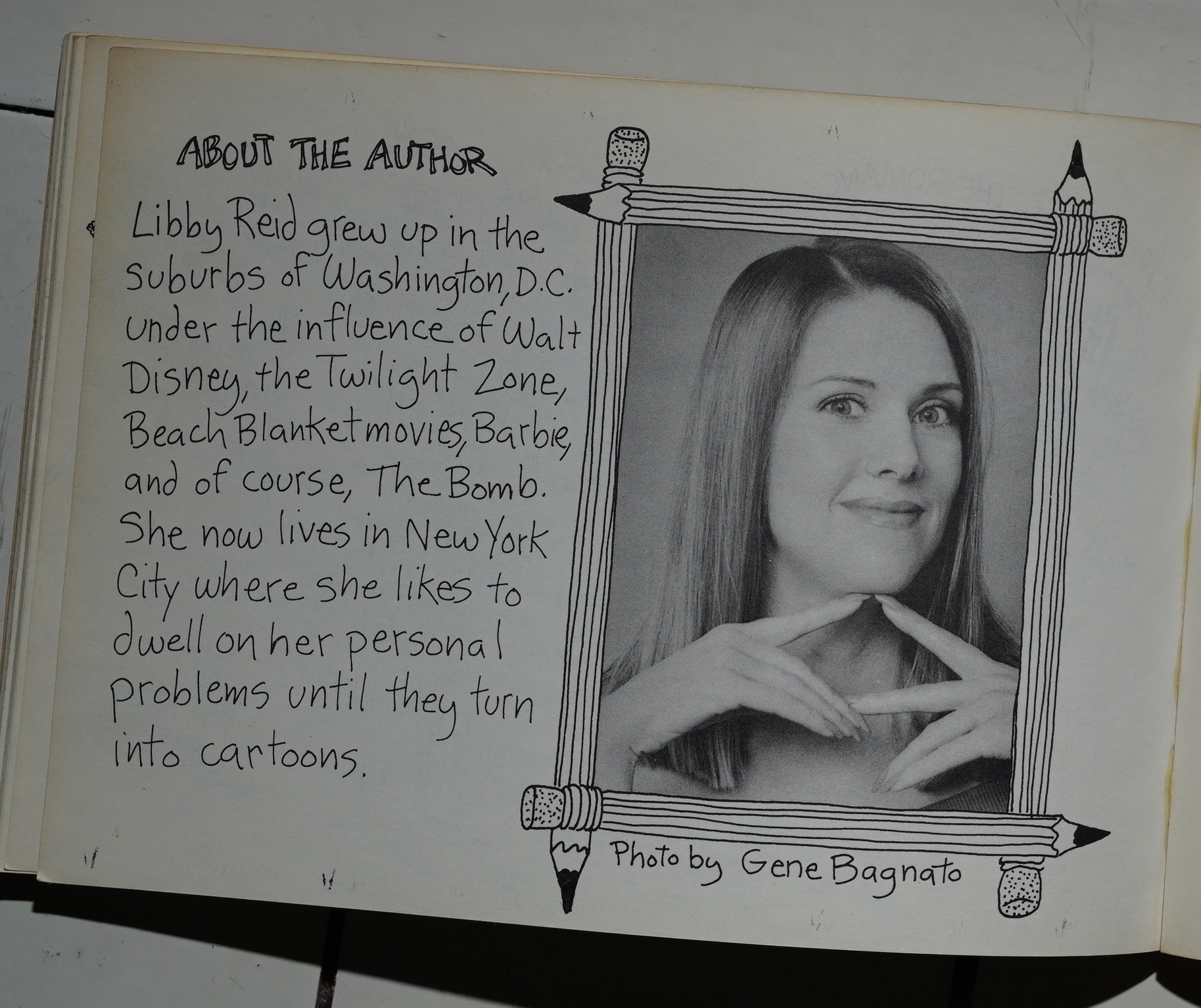 So, this was totally off the topic of this blog series (neither artwork not writing have anything to do with anything here), but at least it’s a look at what else Penguin was publishing in the comics dept. at the time.

Doesn’t seem to be much in the ways of reviews of this book out there… Hm! That’s odd…. OK, here’s her web page.