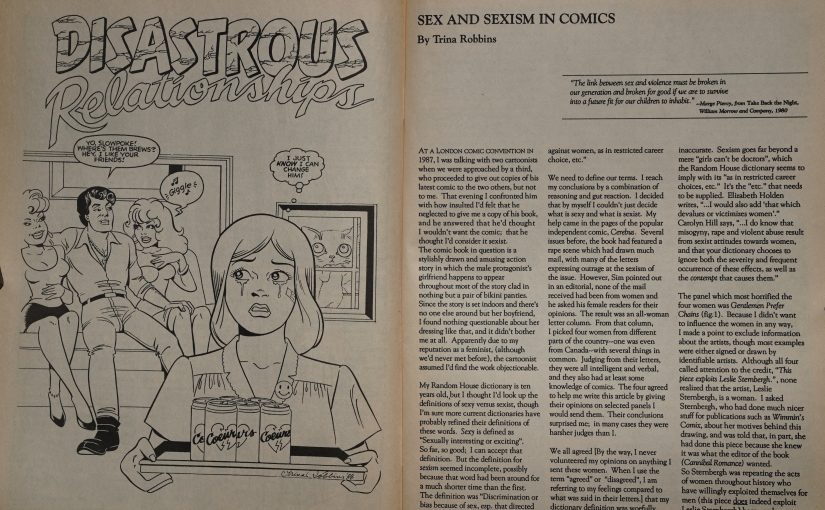 I was reading World War Illustrated 3 #16 when I happened upon an article by Trina Robbins that vaguely intersected with two recent subject matters on this blog: Cerebus and Art Spiegelman. 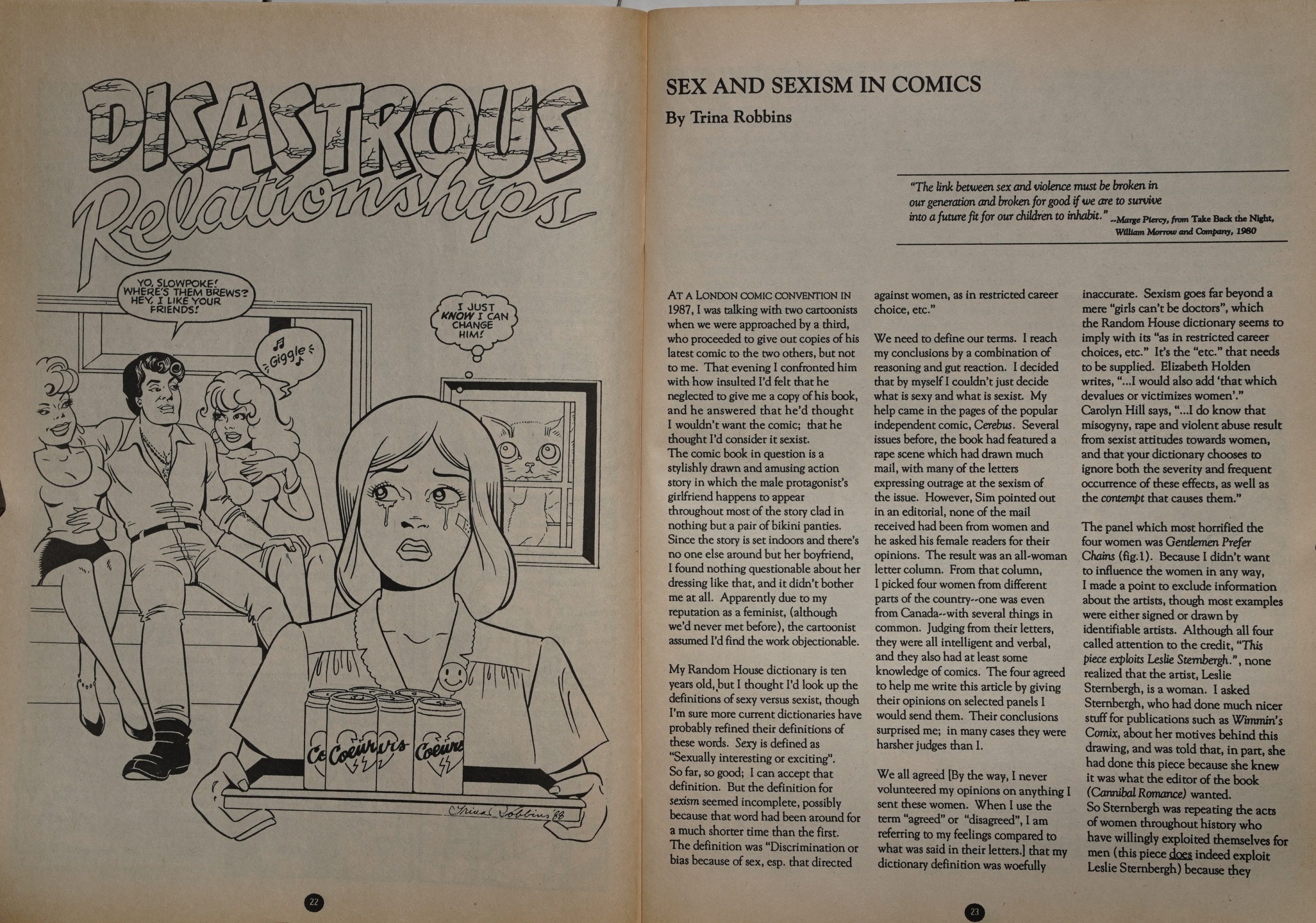 Cerebus had raped Astoria, and Dave Sim had invited women to write in with their reactions. Robbins was impressed by the responses, so she invited four of them to participate in a roundtable: Robbins would show them excerpts, and then they talk about them.

I don’t think anybody saw this Cerebus plot twist coming. 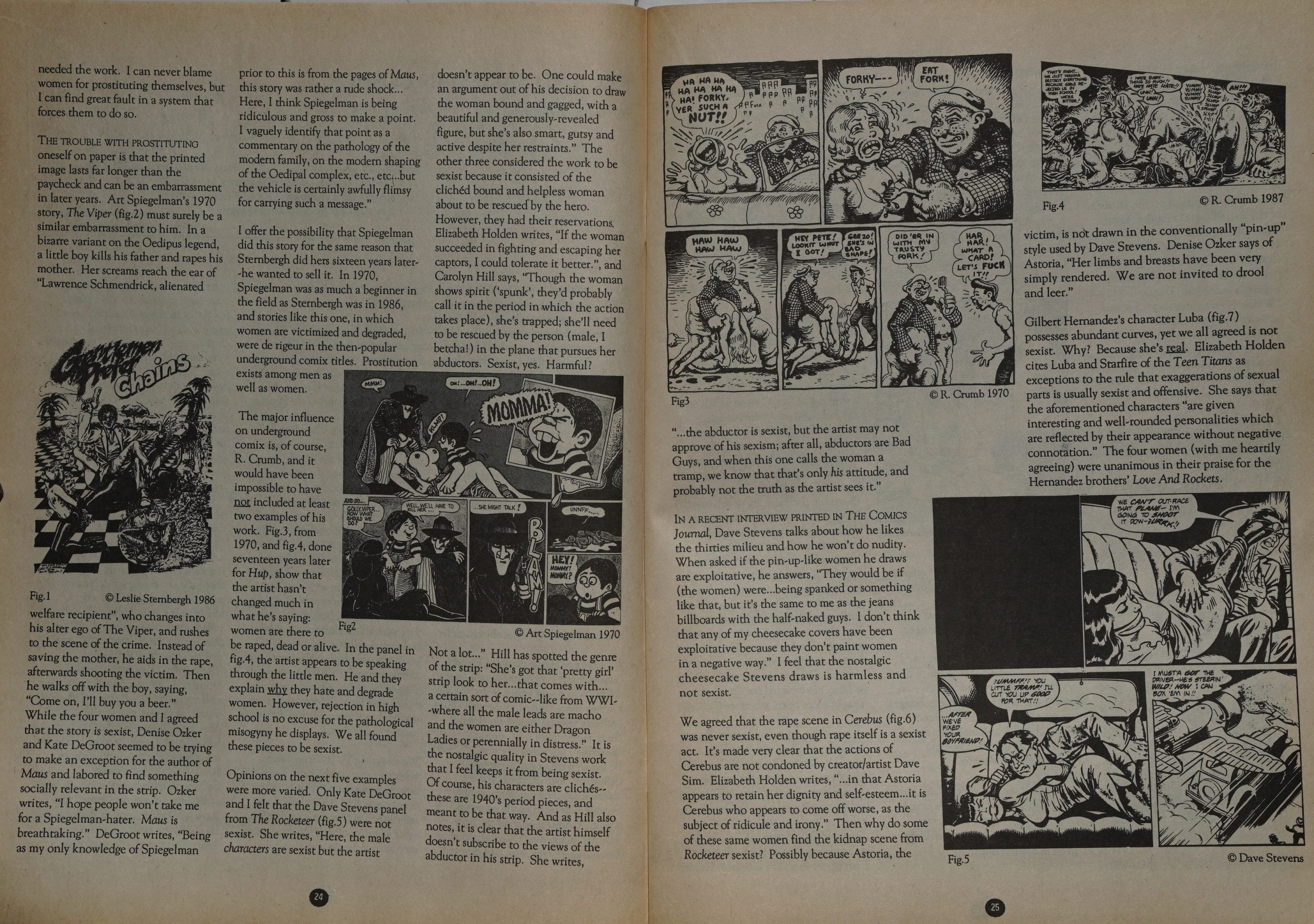 One of the pieces that Robbins shows the women is… A thing by Art Spiegelman? I didn’t see that coming! I had never heard of this strip: It’s called The Viper, and it sounds like the entire plot of the story was… well, read yourselves.

I’m guessing that’s not a strip that’ll appear in many Spiegelman retrospectives, eh? When Googling this, I find a lot of mentions of The Viper, but a different one:

When you first enter, you’re greeted with a wide range of Spiegelman’s earlier work. In addition to Blasé, a fanzine he created as a teenager, there is “The Viper,” an outrageous noir-esque comic about a man attempting to rescue strangers

The Viper was the most vile antihero ever modeled after Will Eisner’s The Spirit, and it earned the 23-year-old Spiegelman recognition in the underground. He created the character after meeting Robert Crumb, who inspired him to “get in touch with your inner psychopath.” Spiegelman’s chest may not swell with pride when he looks back on The Viper (“I’m not proud of my Viper period. It was a poor imitation of Eisner…it was a period I went through”), but it was probably something he had to get out of his system. At least it only took him a year or two. It’s taken Crumb a lifetime. 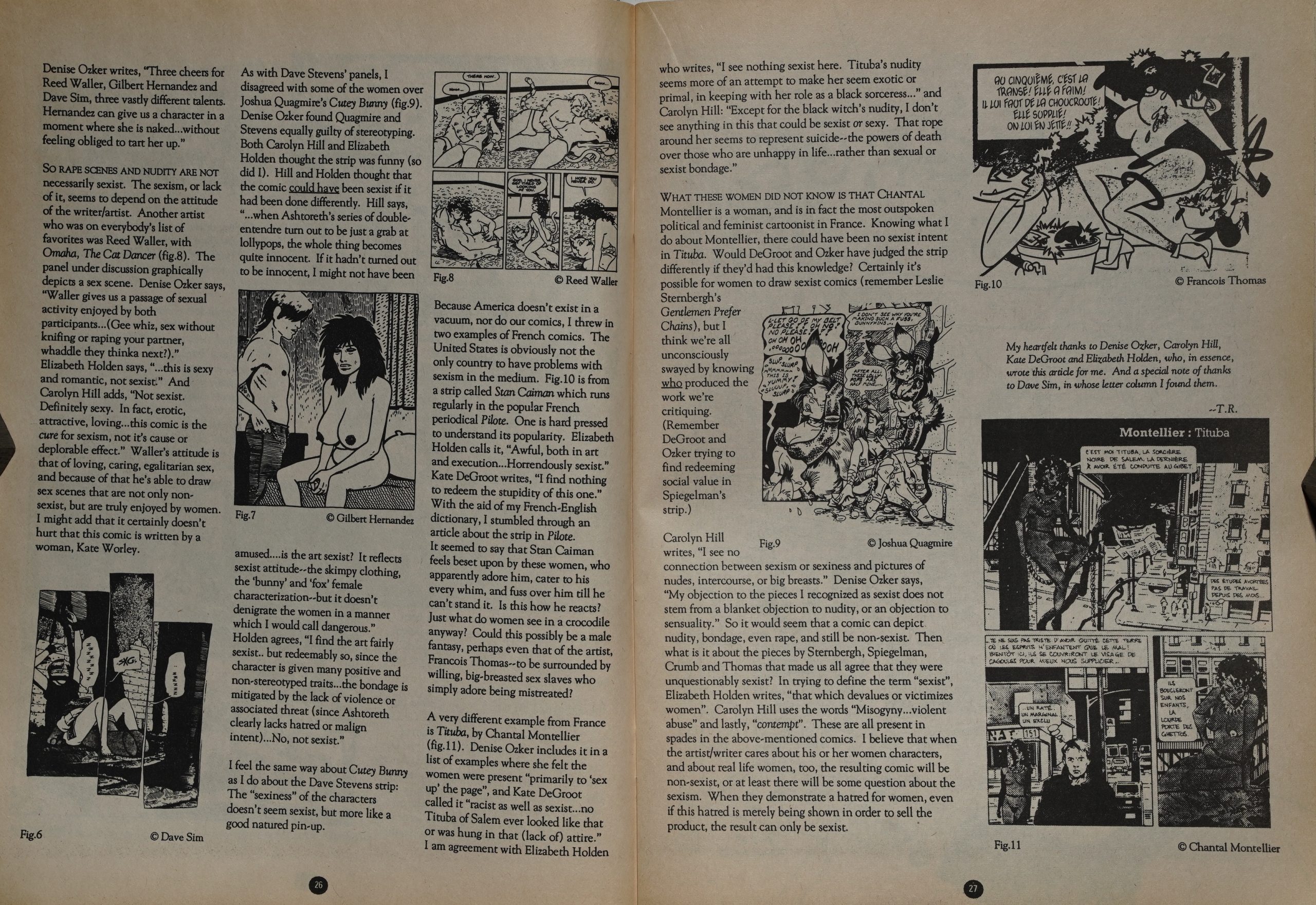 The panel was split on whether Chantal Montellier’s piece was sexist or not. 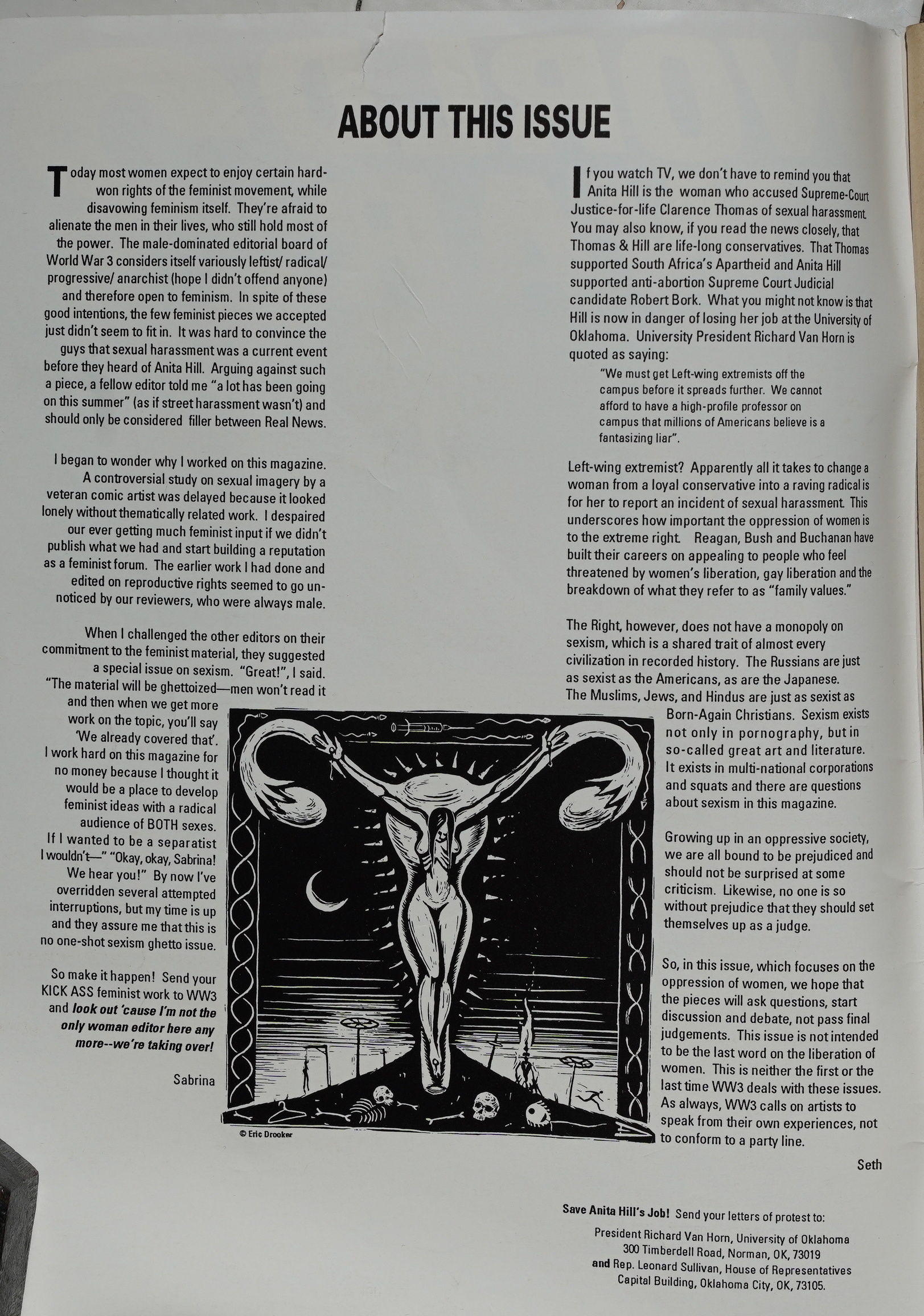 Sabrina Jones writes in the introduction how hard is was to get the WW3 people to do an issue on sexism.

It’s a really strong issue. As with most of WW3, it’s mind-bogglingly hard to scrounge up a copy. Perhaps somebody should just scan it and upload to archive.org.