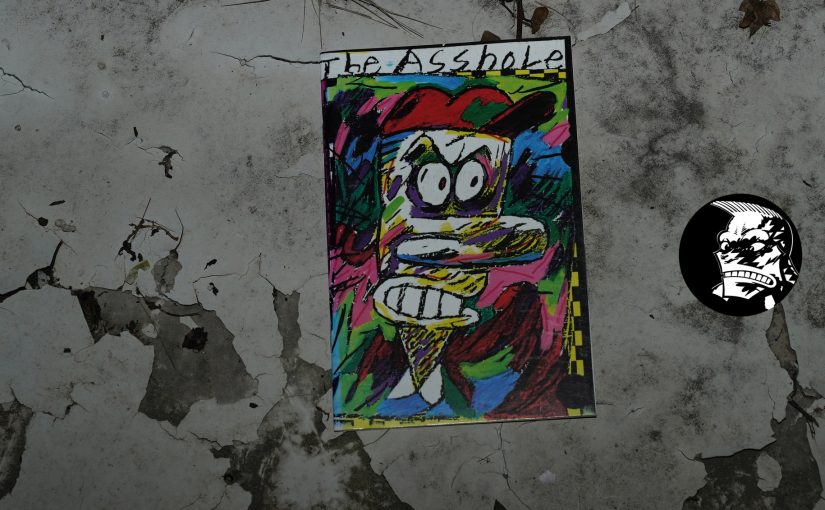 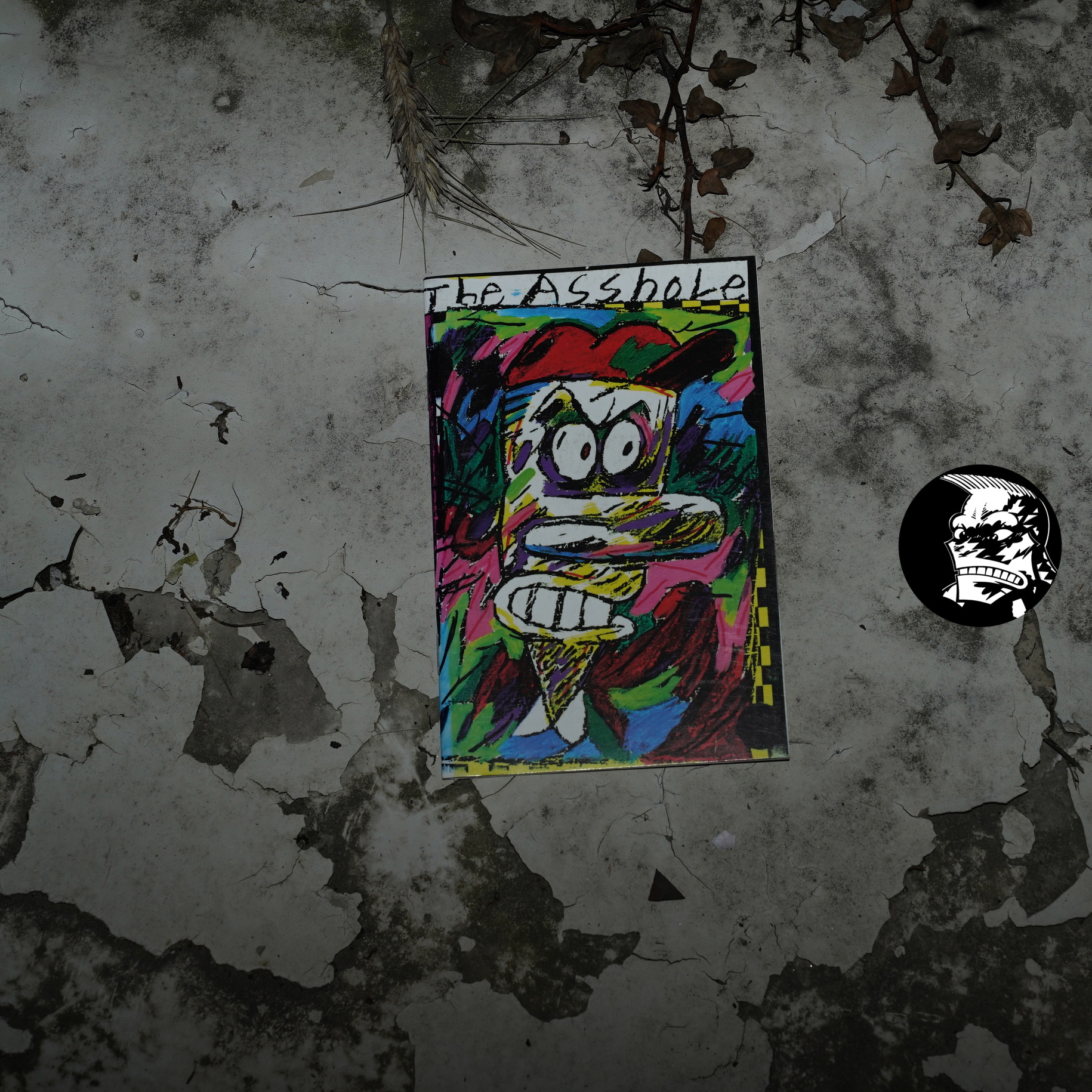 This was originally published as a photocopied mini by Panter in 1979 — what I have here is the reprint he did in 2003 with stiff cardboard covers. 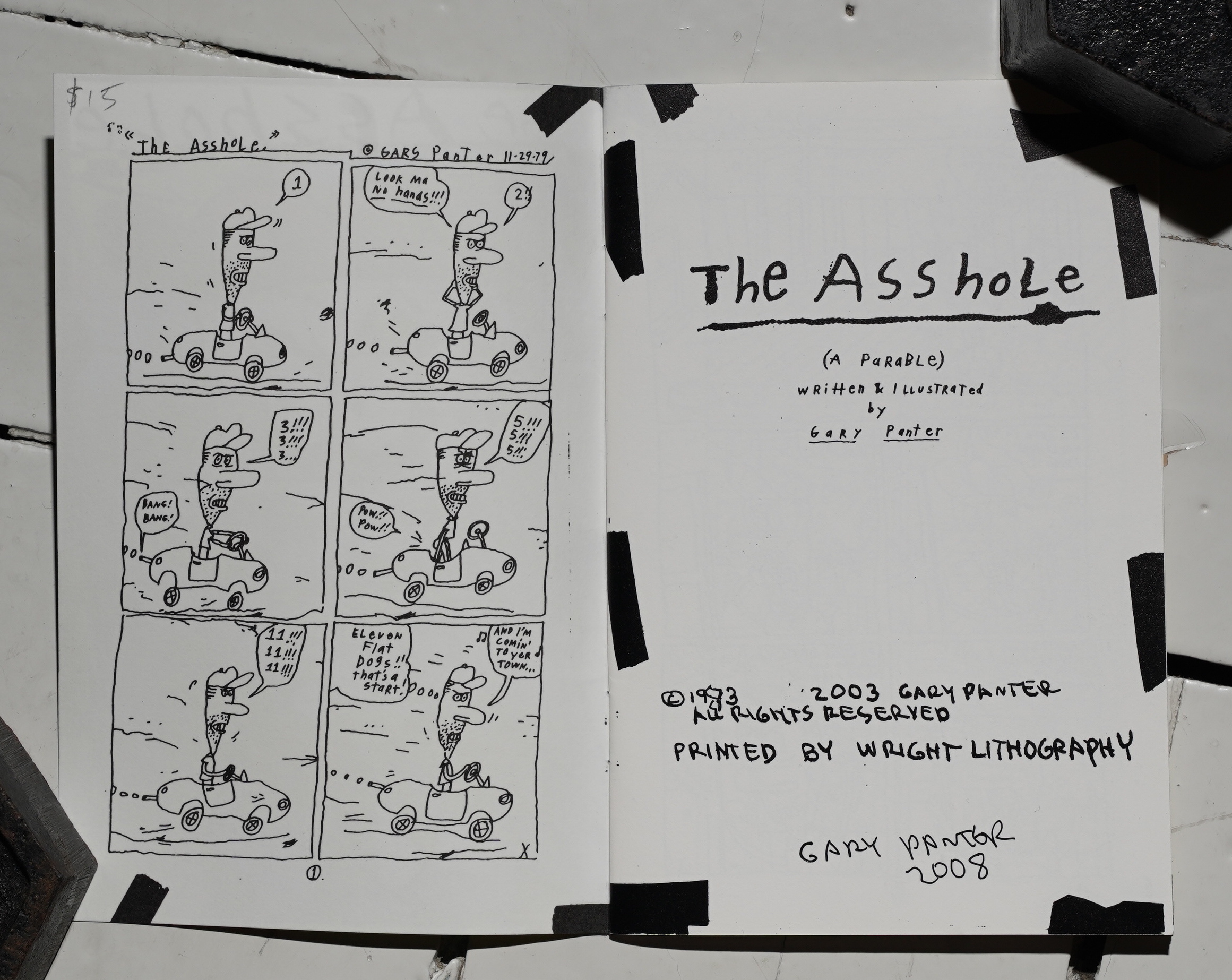 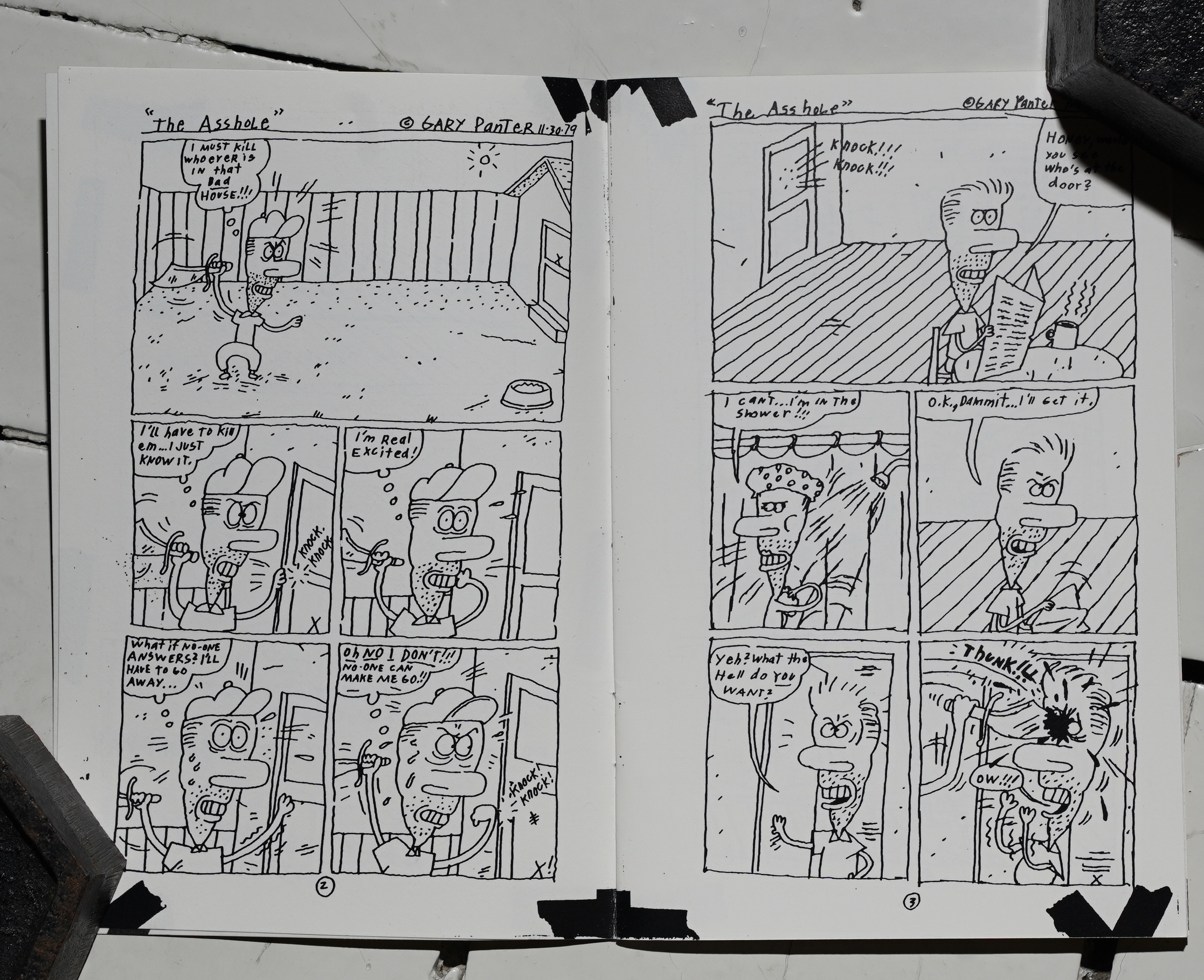 I’m not sure I would have guessed that this was Panter if I didn’t know — it’s a very straightforward story; very Underground and linear. The only “formal play” thing here is that all the characters look basically identical. 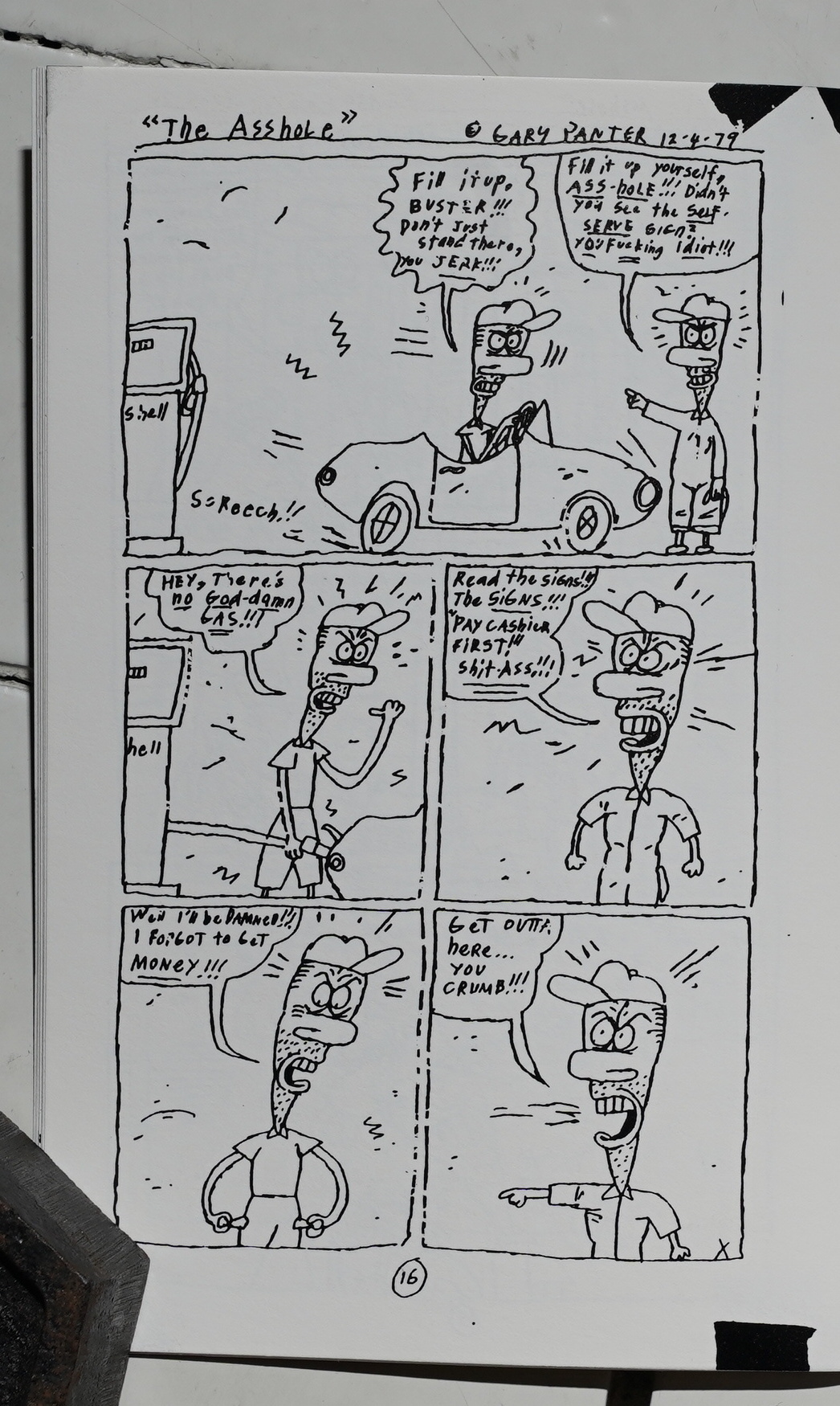 It’s a fun, brisk read, apparently drawn over four days in December 79. It’s got jokes and stuff. And murder. Lots of murder.

PANTER: It’s just slop, but reality is
something different. I think it just reflects
anxiety about what can happen in everp
day life. The “Jimbo” stories represent ep
tremes of experience and you can come
away from this stuff relieved and thinking,
‘”Aren’t you happy your life’s not that ex-
citing?” mean, aren’t you happy life’s not
as exciting as having some psycho guy.
chase you around with a hatchet? That’s
the Henry Webb end of things. That was
just a black humor story, anxiety about
there really being some psycho people out
there who would hurt you if they could get
to you.
LUCIANO: (confused) Uh, referring
to—Oh, follow 2,ou, referring to The
Asshole?
PANTER: Yeah, The Asshole, whose
name is Henry Webb. That’s what I usually
call him, Henry Webb. That story was just
totally anxiety-produced.

The Asshole
Gary Panter
One should never have to recom-
mend Gary Panter, whose approach to
comics is so primal and right-on that
those inspired by those inspired by those
inspired by the artist seem strange and
new. This was my favorite in a bunch Of
new minicomics released through his web
site at prices definitely not for the junk-
ethos minis crowd. What interests about
these specific books at this moment in
the medium’s development is that
through them you can view the fertile
period of the late 1970s and early 1980s
as groundwork for some of the almost
overpowering art Panter attempts now.