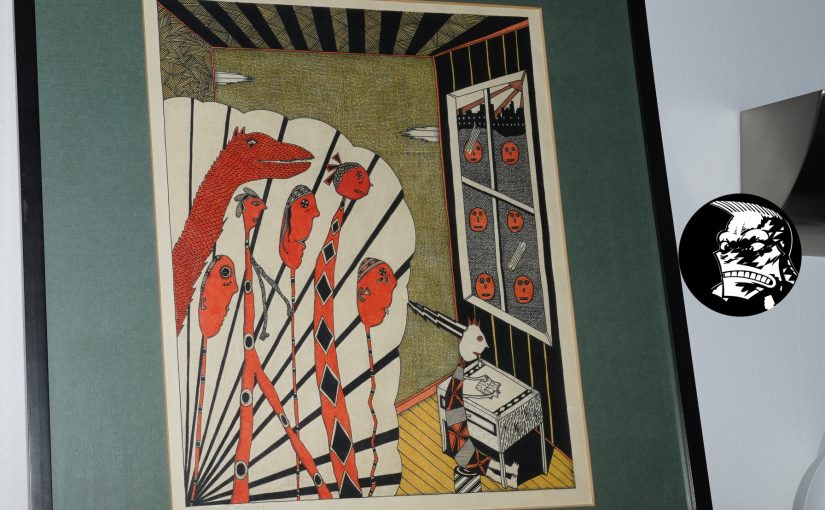 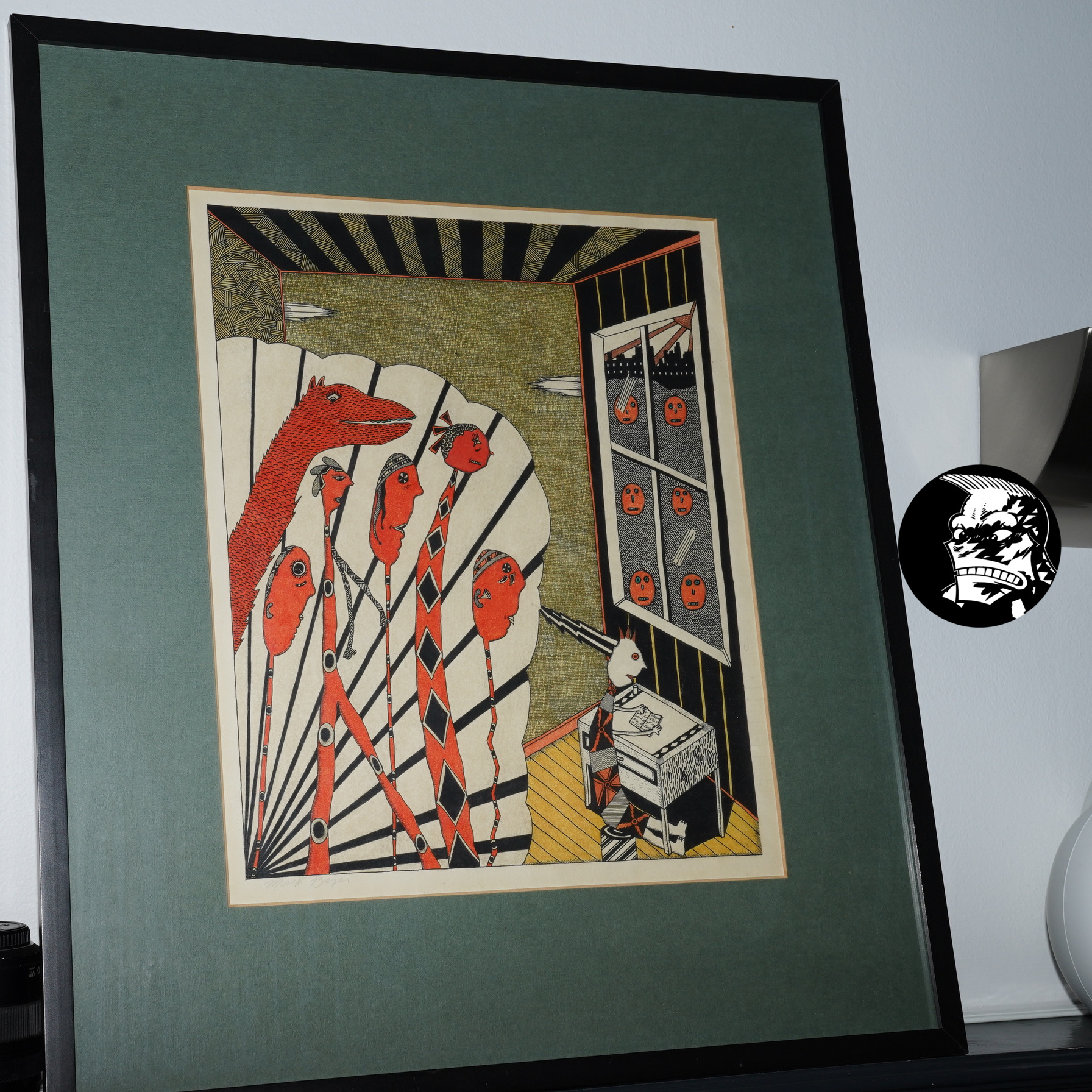 Drawing in ink and gouache? on paper by Mark Beyer.

I remember where I got this one — it was at the Lambiek comics store, and it was the most expensive thing I had ever bought. I was a student, and I really couldn’t afford it, but I had to have it.

I think. Or did had I just started working? Oh, yeah! I had bought a poster of this drawing a couple years earlier, and it was hanging in my “work area”, but then I saw the real thing on display at Lambiek, and I asked whether it was for sale. 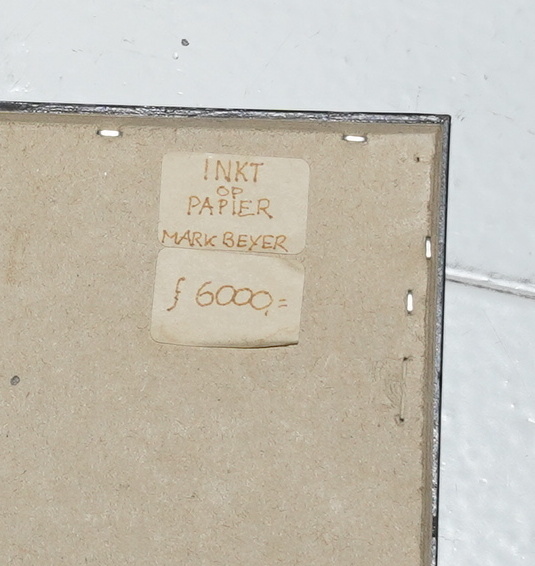 He took it down from the wall and said “six thousand guilder”, so I guess this was before 1999, when Euros became a thing? I said “gulp” and he said “cash” and I had to go and get money from various ATMs around Amsterdam.

So that was… about… three thousand Euros? Wow. I really couldn’t afford that at that time.

Everything for art! It was probably the first expensive-expensive thing I ever bought?

(Or did he say “five thousand guilder for you?” He may have. I didn’t haggle or anything, but I seem to remember him lowering the price spontaneously. Perhaps because of my *gulp* and general fashionably sloppy me-ness.)

This drawing was made into a poster and was part of a postcard set, too… which I used to have, but I can’t find it now. Here’s a copy from the interwebs: 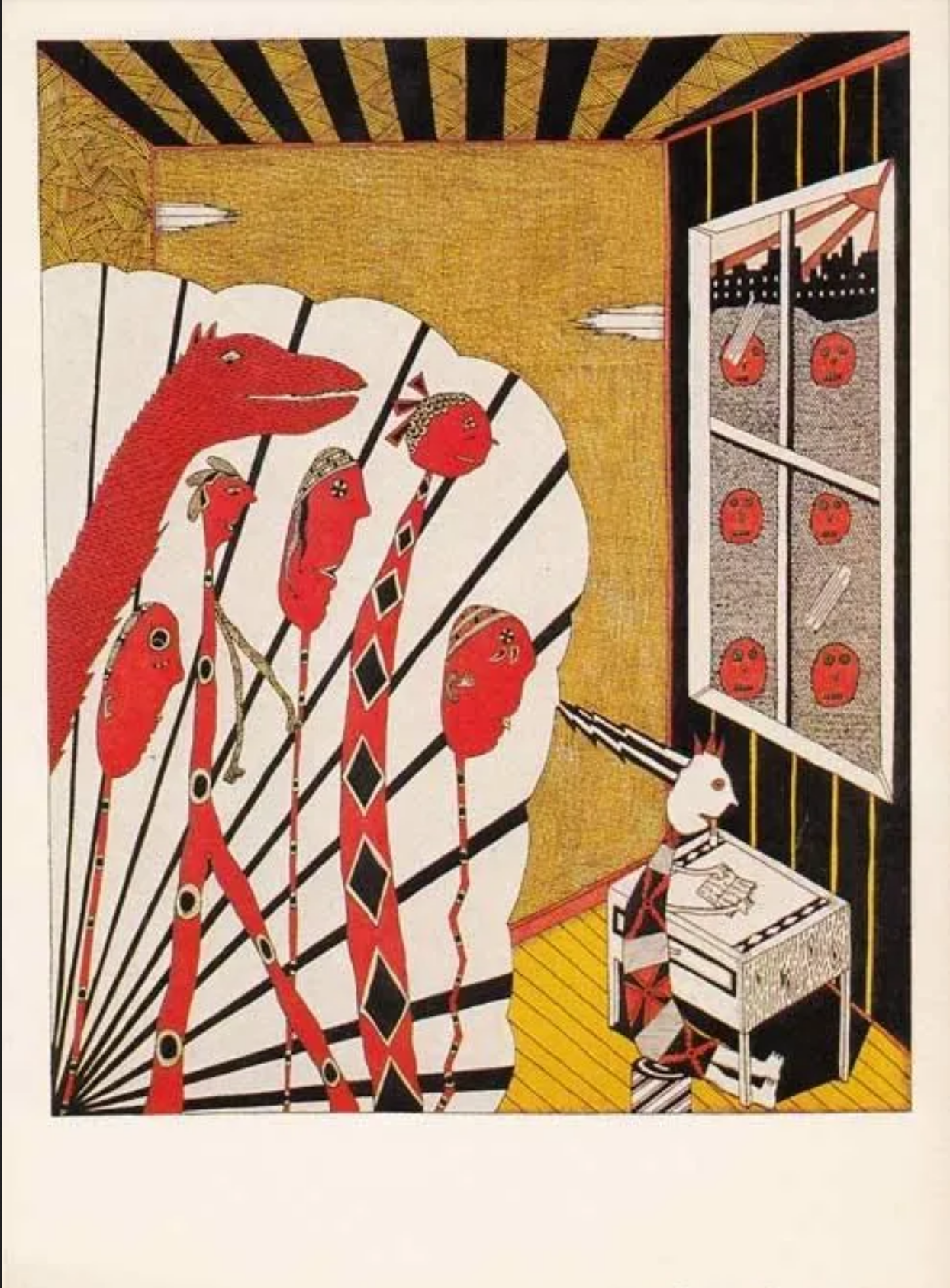