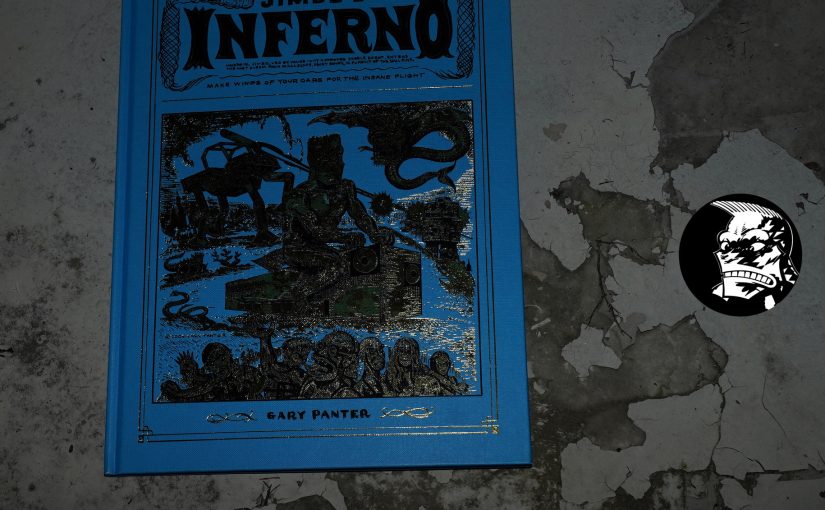 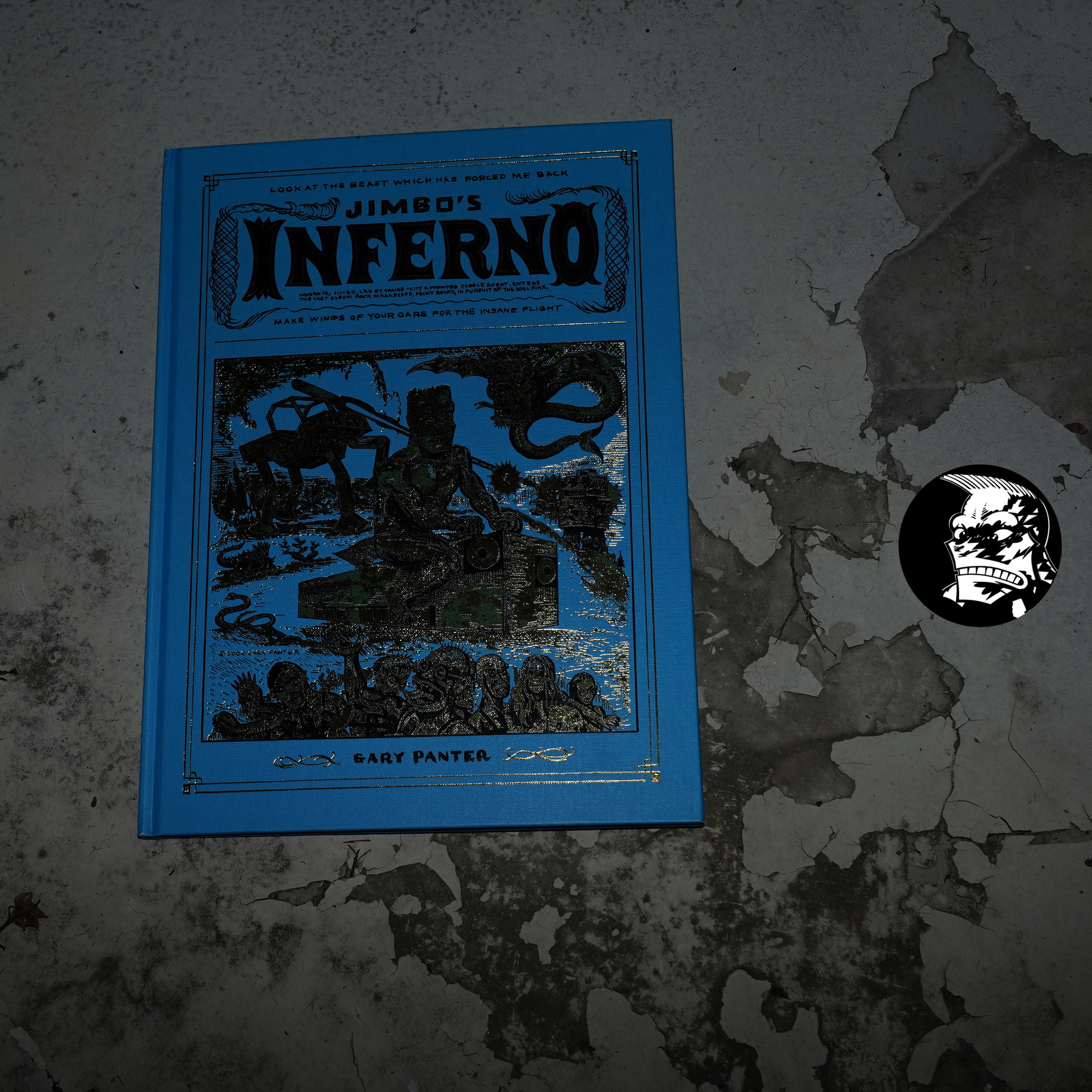 I didn’t mean to turn this blog series into Jimbo All The Time (it’s been more than a week now?), but once I started on the first Jimbo book, it seemed natural to just look at them all, since they connect in various ways. Mostly by being partial reprints of each other.

I think there’s two more Jimbo posts to go after this one, and then we’ll get back to a more mixed selection of books again. 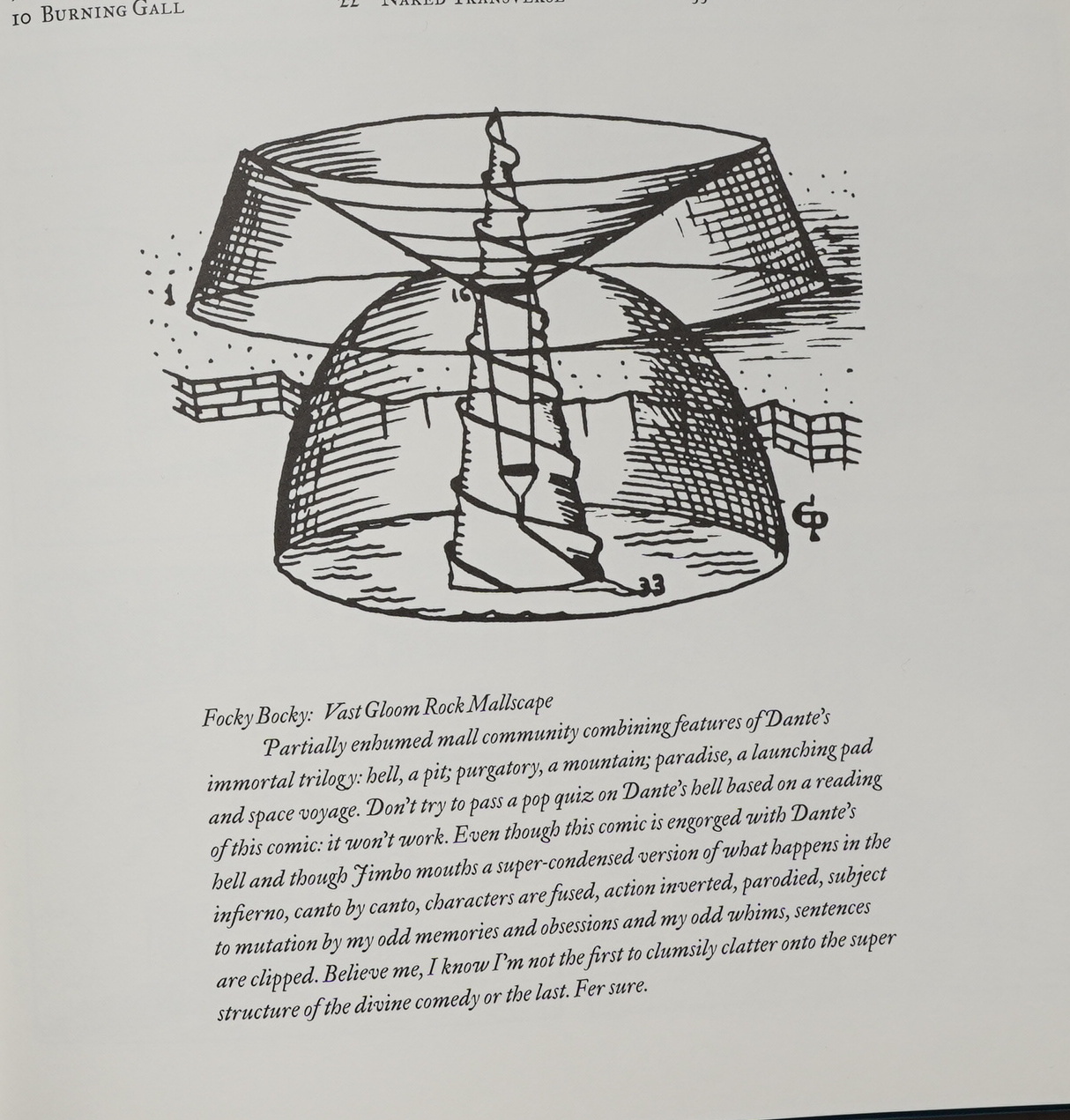 So this is based on Dante’s Inferno, but Panter warns the reader that it’s not a very… accurate… adaptation.

I’ve never read it; I’m such a heathen. 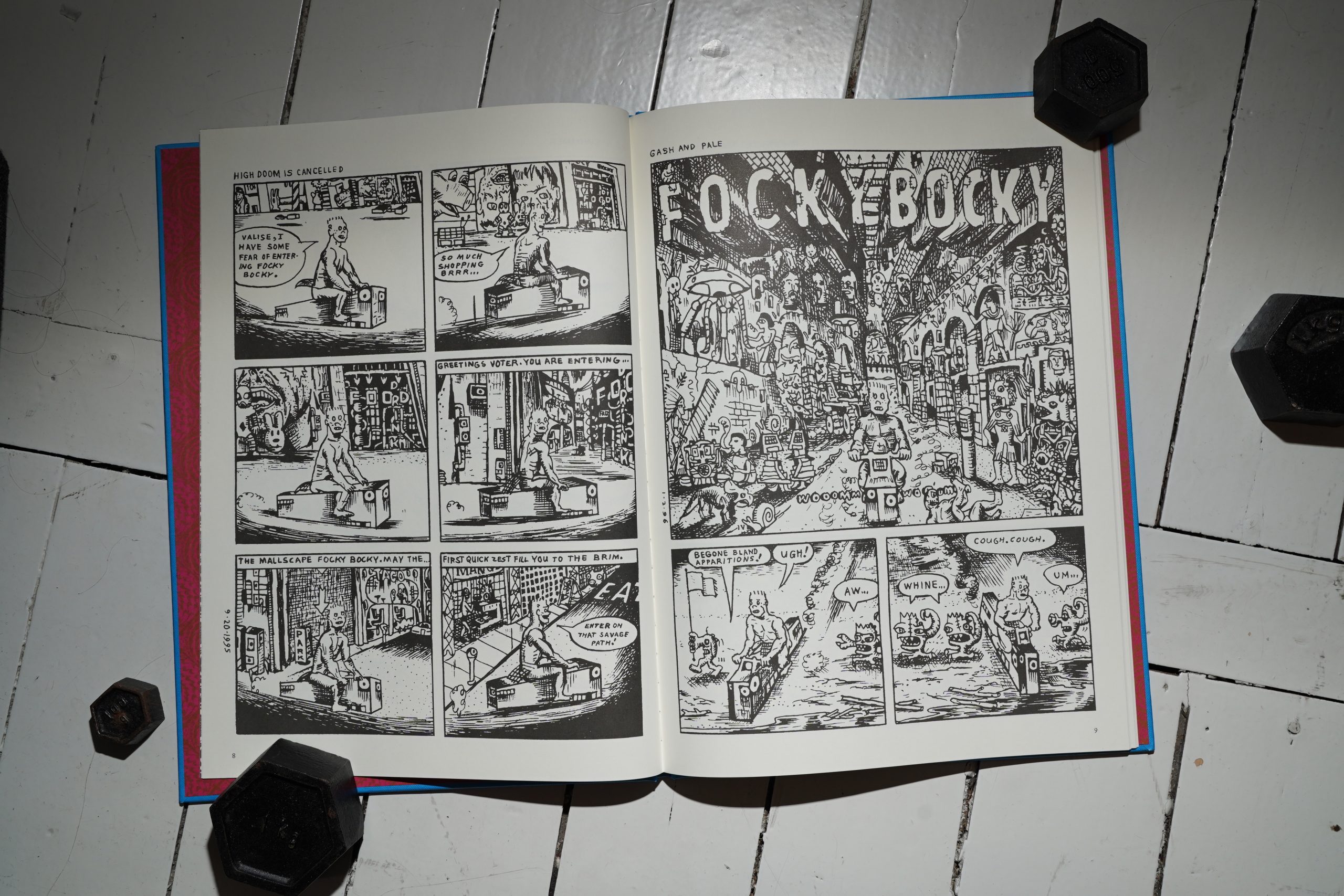 This is a very handsome book — nicely printed, hardback covers, gold printing on the front, huge format. Which brings it to the coffee table market, which is a different mainstream market than it was originally published in: 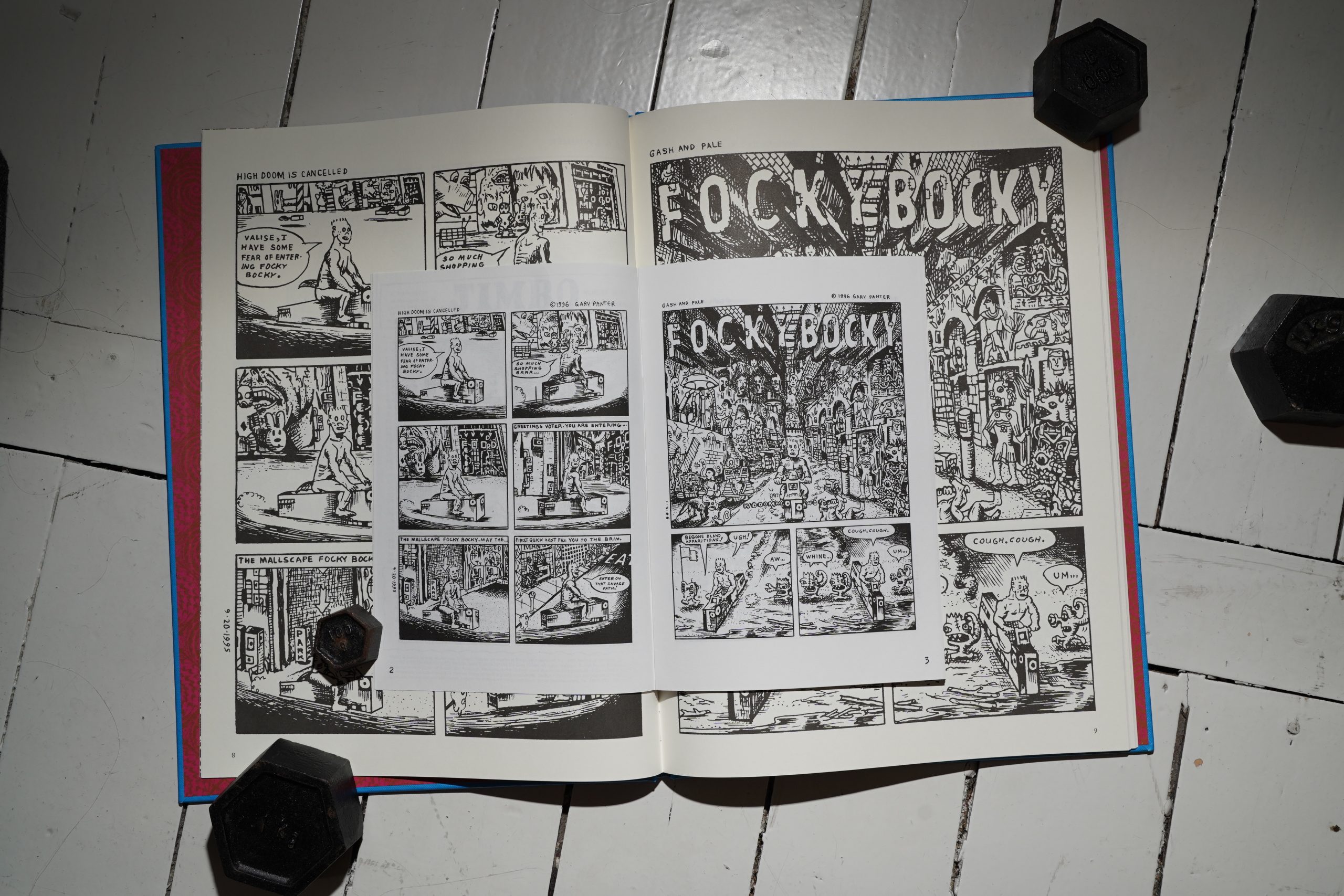 The standard US pamphlet format, which is the other mainstream market. In a way you can see these two formats as being on the opposite ends of a scale, but in another way — not really, because these are two formats signifying respectability in their own separate markets.

Which is quite different from the high/low punk aesthetic Panter worked in in the early 80s. 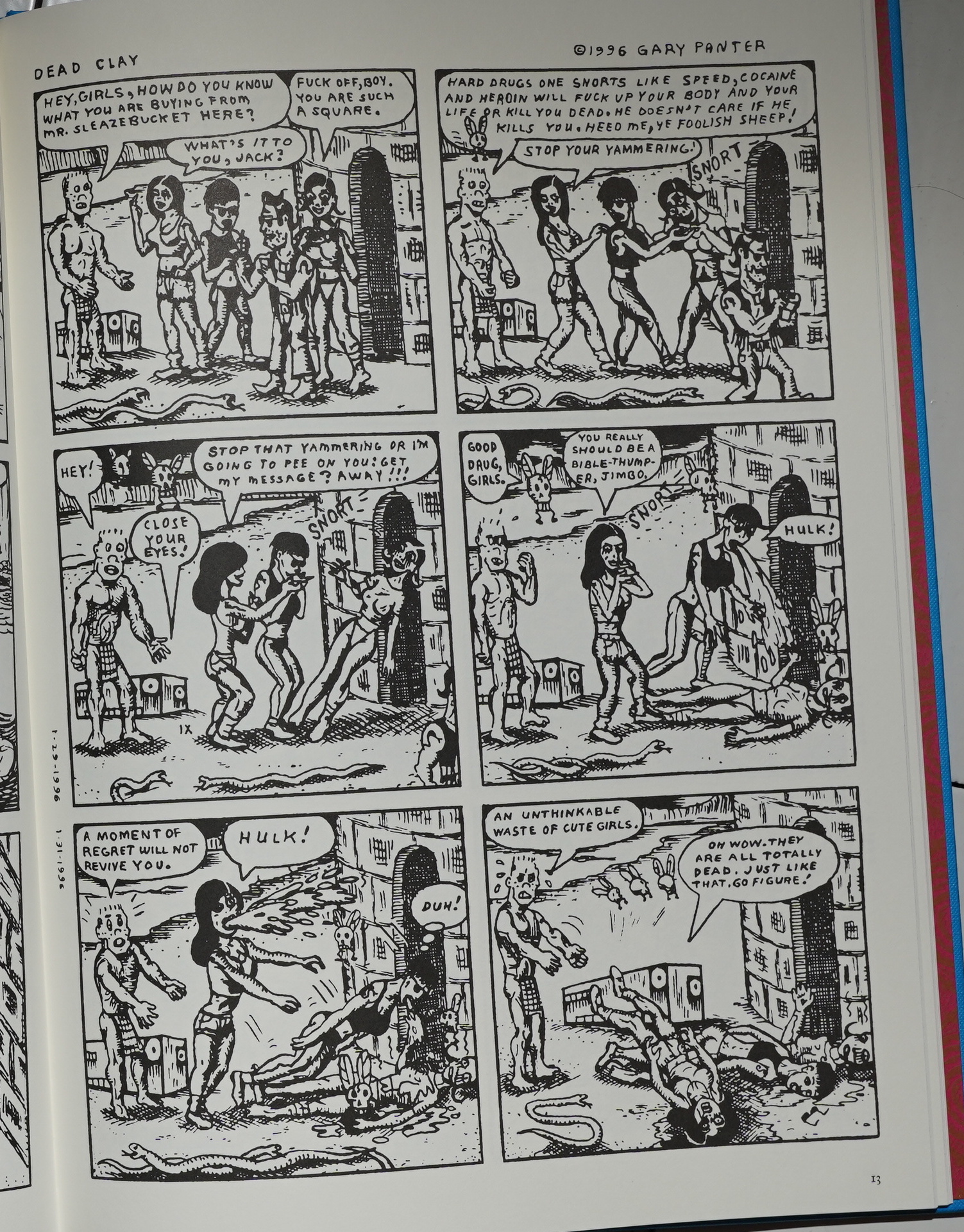 There’s some narrative connection to the first four issues of the Jimbo series published by Zongo in the 90s — Jimbo mentions the pixygirls etc, but I’m guessing these are references to scenes in the Dante? 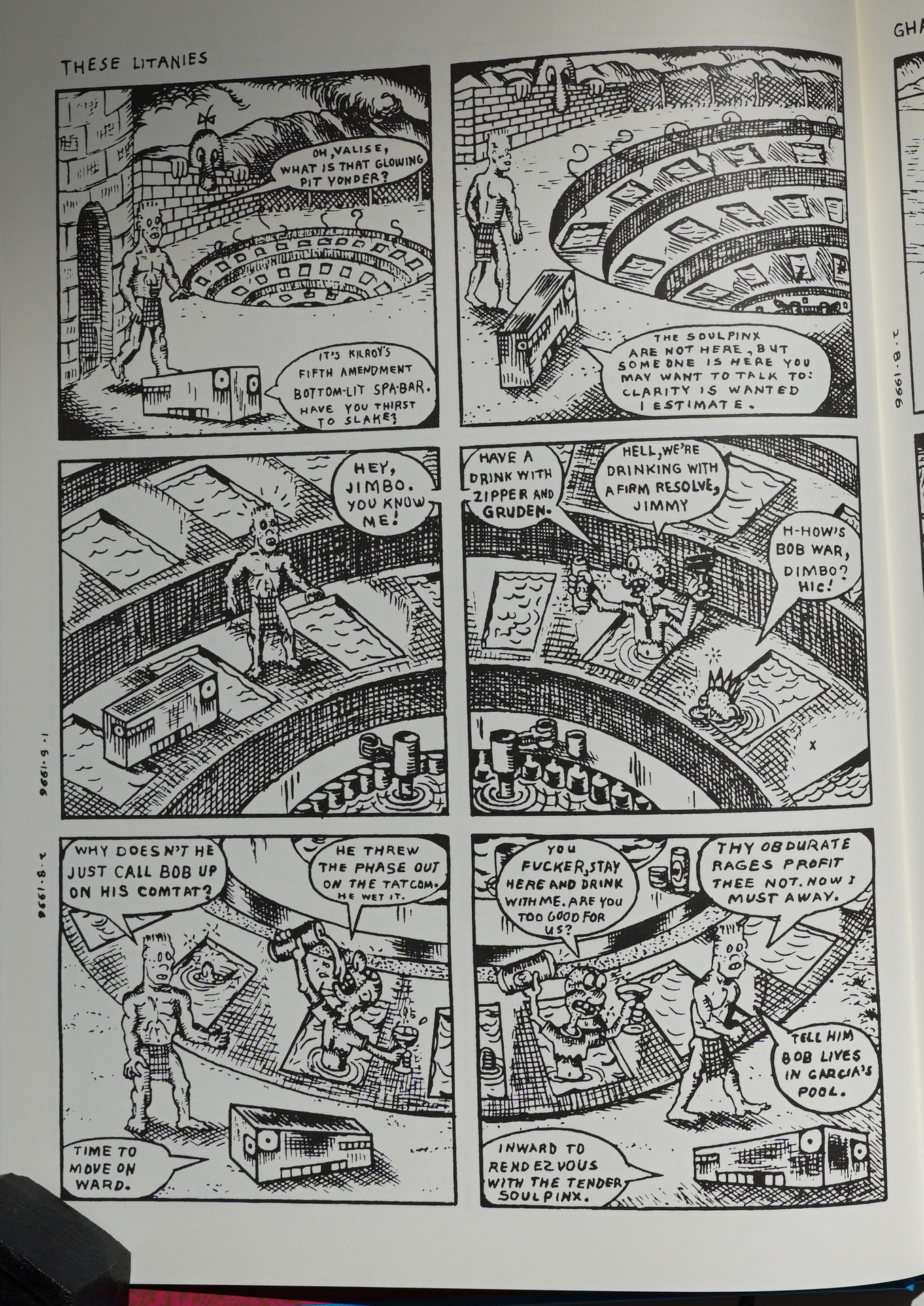 But as the book progresses, it drops all of that, and becomes Jimbo just walking through these different scenes, and it stops being, well, narratively coherent (or funny). 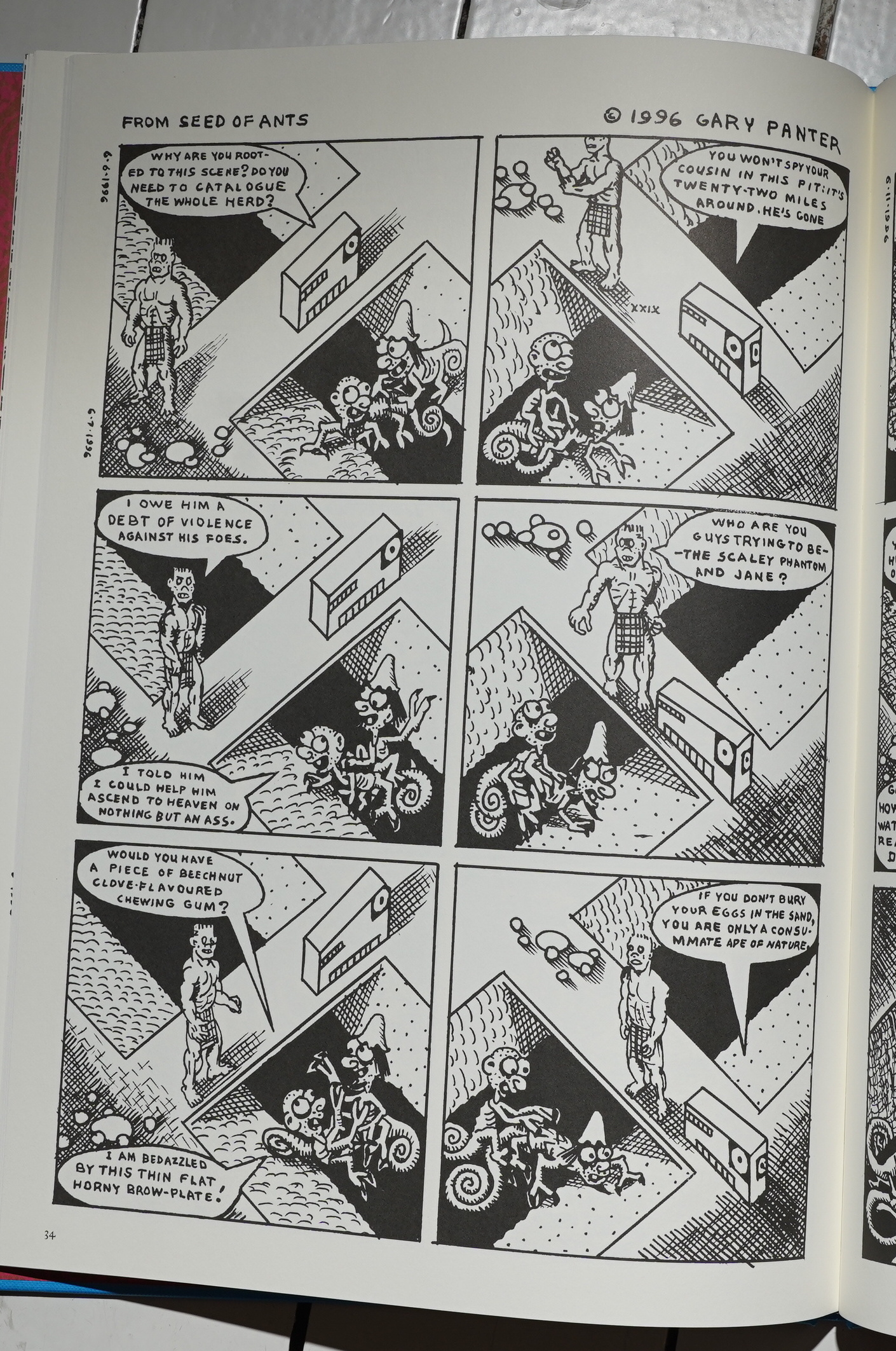 Perhaps if I were really into Dante, I’d find this to be hilarious? It’s possible? But I’m not and I’m sorry to say my eyes just kinda started glazing over at this point.

There’s oddly little chatter about this book on the intertubes, but there’s this:

this book kind of scared me, but the visuals are great, and I can’t stop thinking about the river of hot dr. pepper. what would dr. pepper taste like hot?

It’s won the American Book Award, whatever that is:

The Before Columbus Foundation have announced the Winners of the Twenty-Seventh Annual AMERICAN BOOK AWARDS. Brooklyn-based Cartoonist Gary Panter was named a recipient for his 2006 graphic novel, JIMBO’S INFERNO, published by Seattle’s Fantagraphics Books.