Over on the movie blog, I’m been amusing myself by formatting the director name(s) in the first image of each post in a way that’ll look consistent on Twitter — taking Twitter’s cropping/fixed-width thing in account.

I know! So vital. 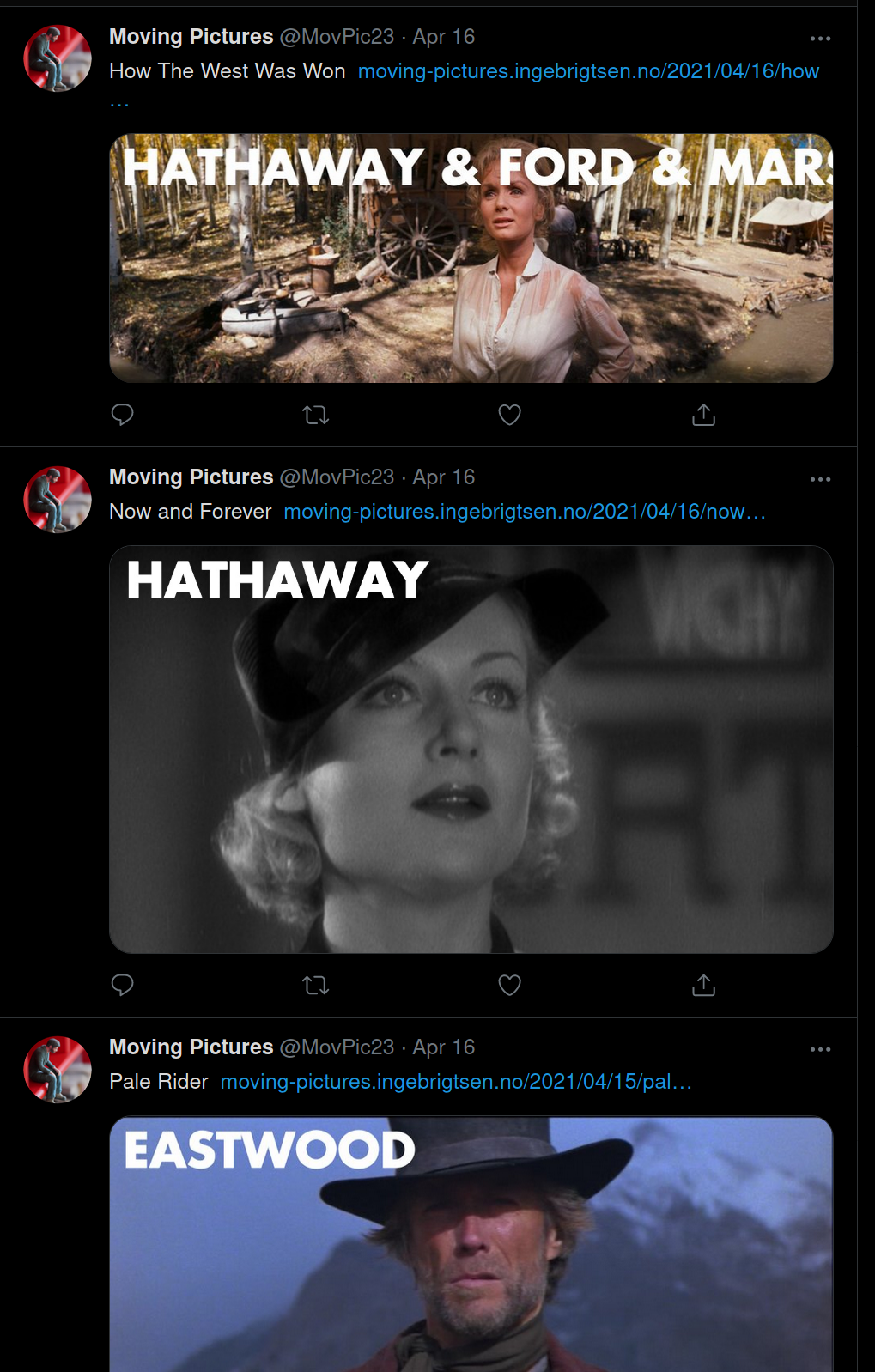 See how the text is the same size, visually, in every image? Which is slightly harder than you’d think, because the images have wildly varying form factors, and I don’t make the images fixed width.

So the font is really way bigger on that first image than on the second, but since the image is much wider, it’s shrunken an equivalent amount by Twitter.

Yes! Instead of cropping for height, they’ve started cropping for width instead! So now all the wide images have the left and right chopped off, but they aren’t shrunken! So the text sizes are wildly different!

This is the biggest outrage in the history of outrages. The fact that that account has no followers just contributes to the outrage!

One thought on “The Twits”