There’s this series of CDs called Mort aux Vaches (probably named by somebody that either hates cows or really likes eating cows (metaphorically)). 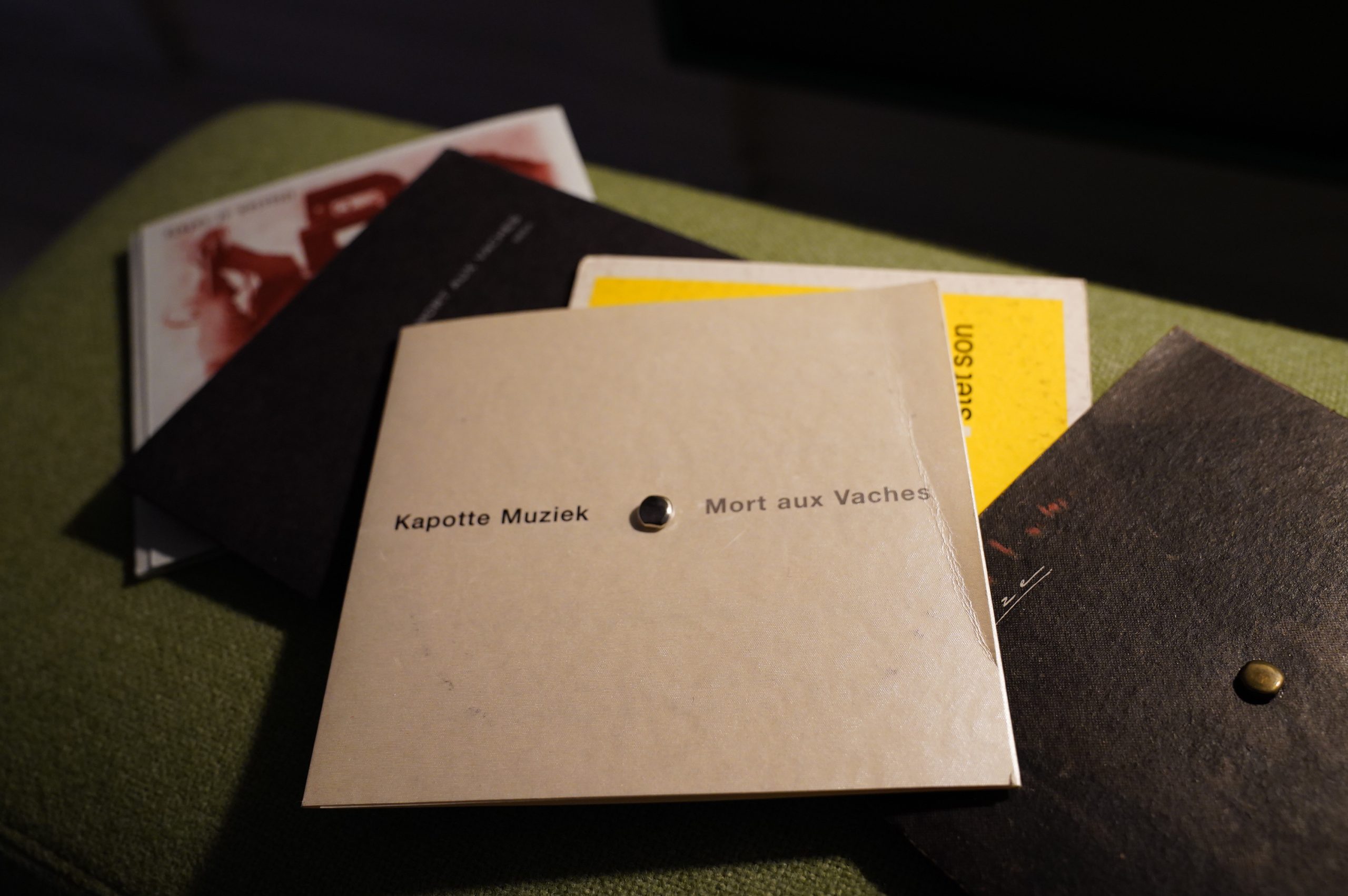 It’s a series of recordings commissioned by the VPRO radio station, and it’s basically like the Peel Sessions: It’s a “live in the studio” thing, but for experimental music.

They’ve got pretty good taste in music, so it’s a good series, and I’ve been buying more of these lately. Like, catching up with the early noughts. 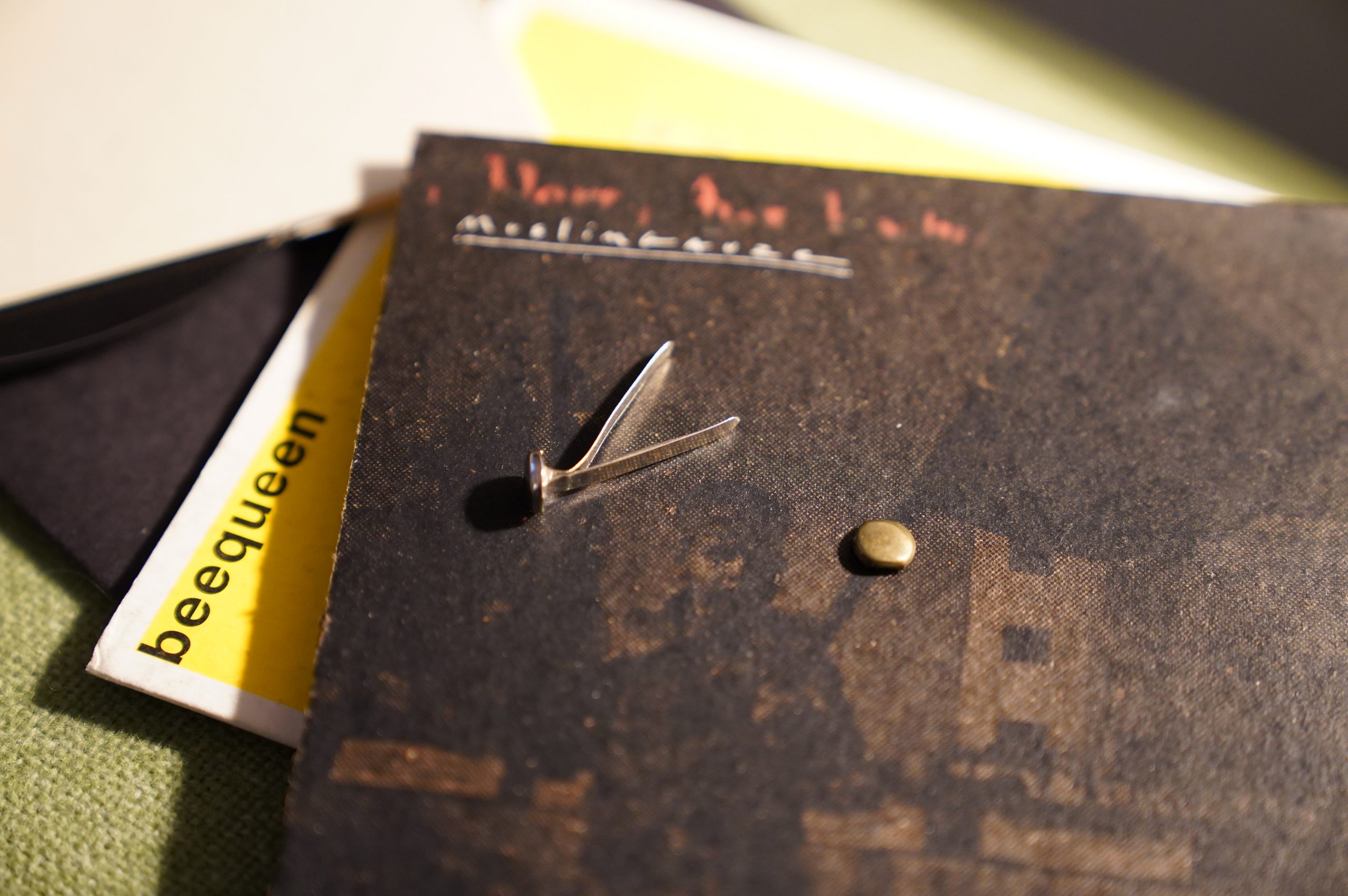 But the real attraction here is the packaging! The unifying theme is that every CD is packaged in a sleeve that has one of these split pins in the middle! How can you look at a sleeve with a split pin integrated and not wanting to own them all!

The earliest releases are pretty simple: Just a paper folded in three, with a CD in there, and a split pin. 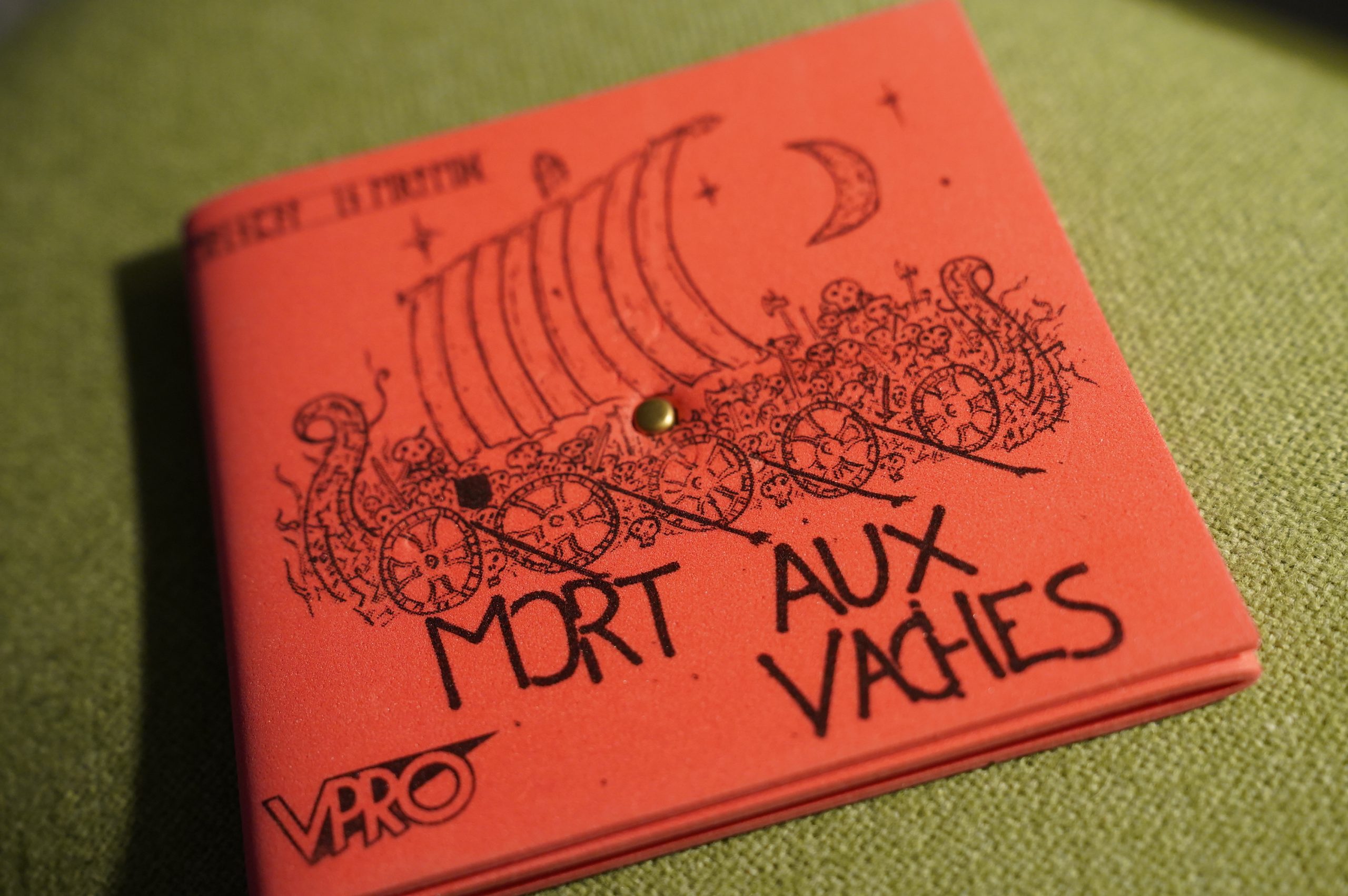 But then it gets more elaborate, like this neoprene cover. 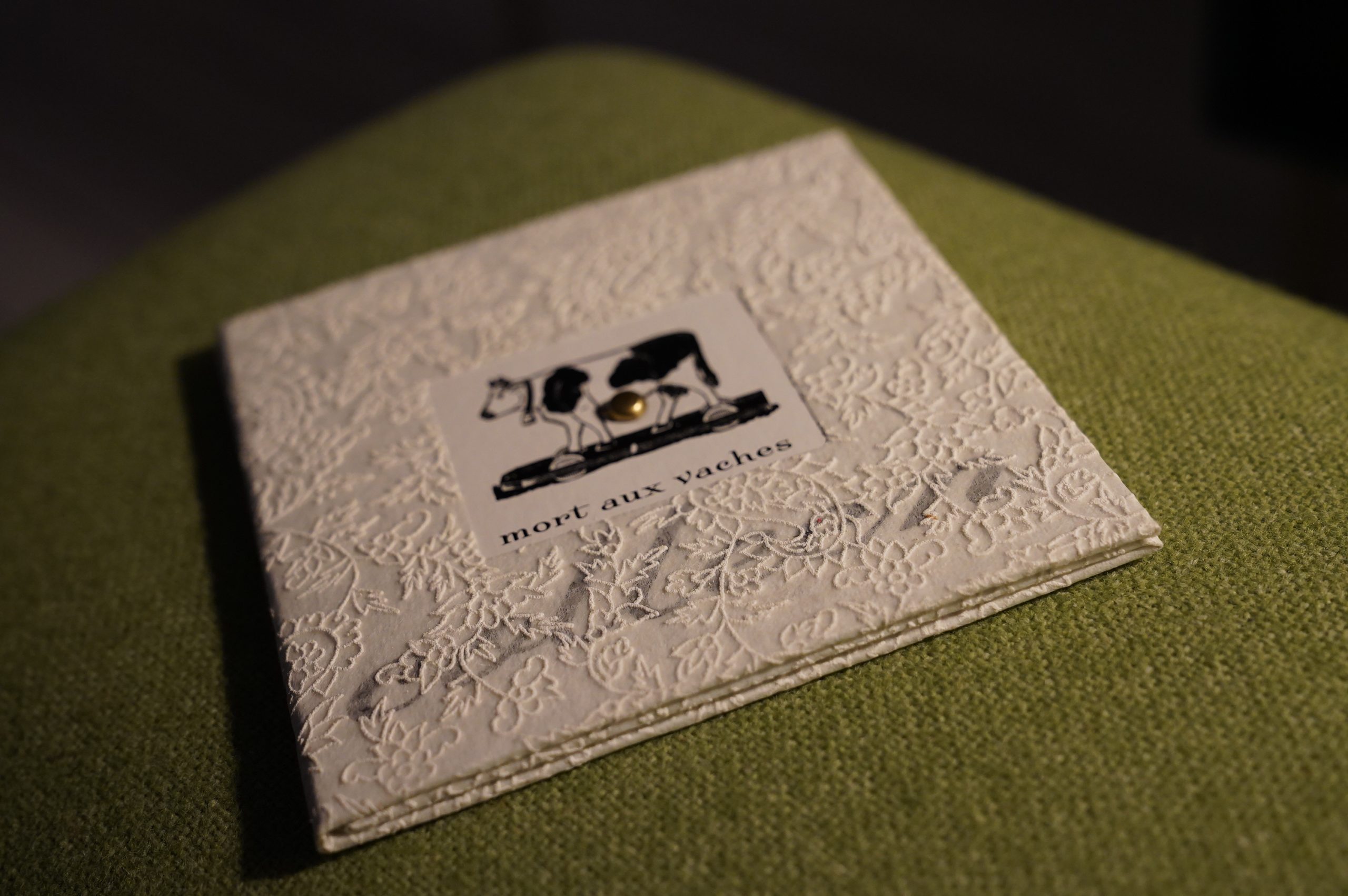 And this doily thing. 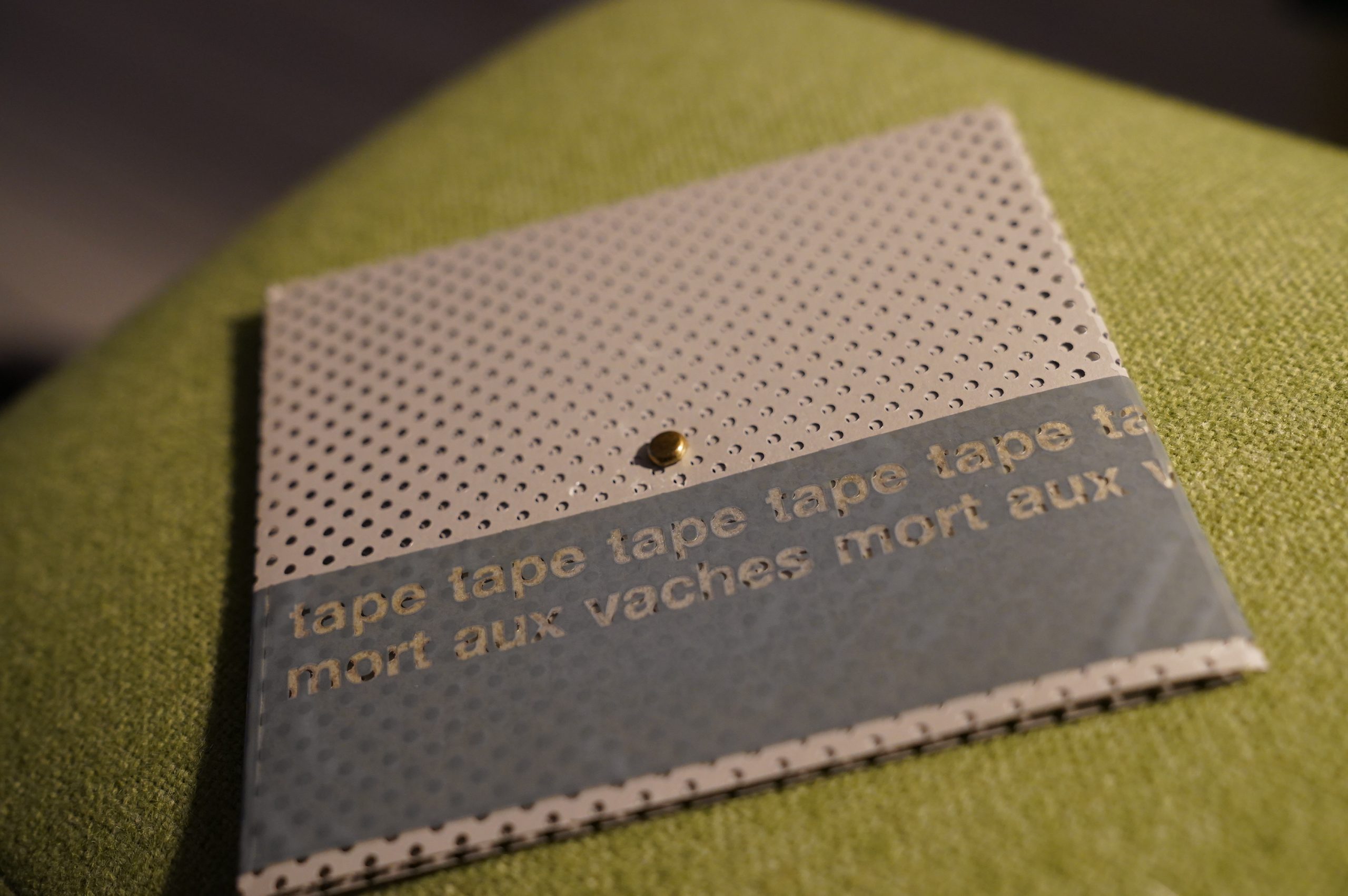 And this metallic, holey thing. 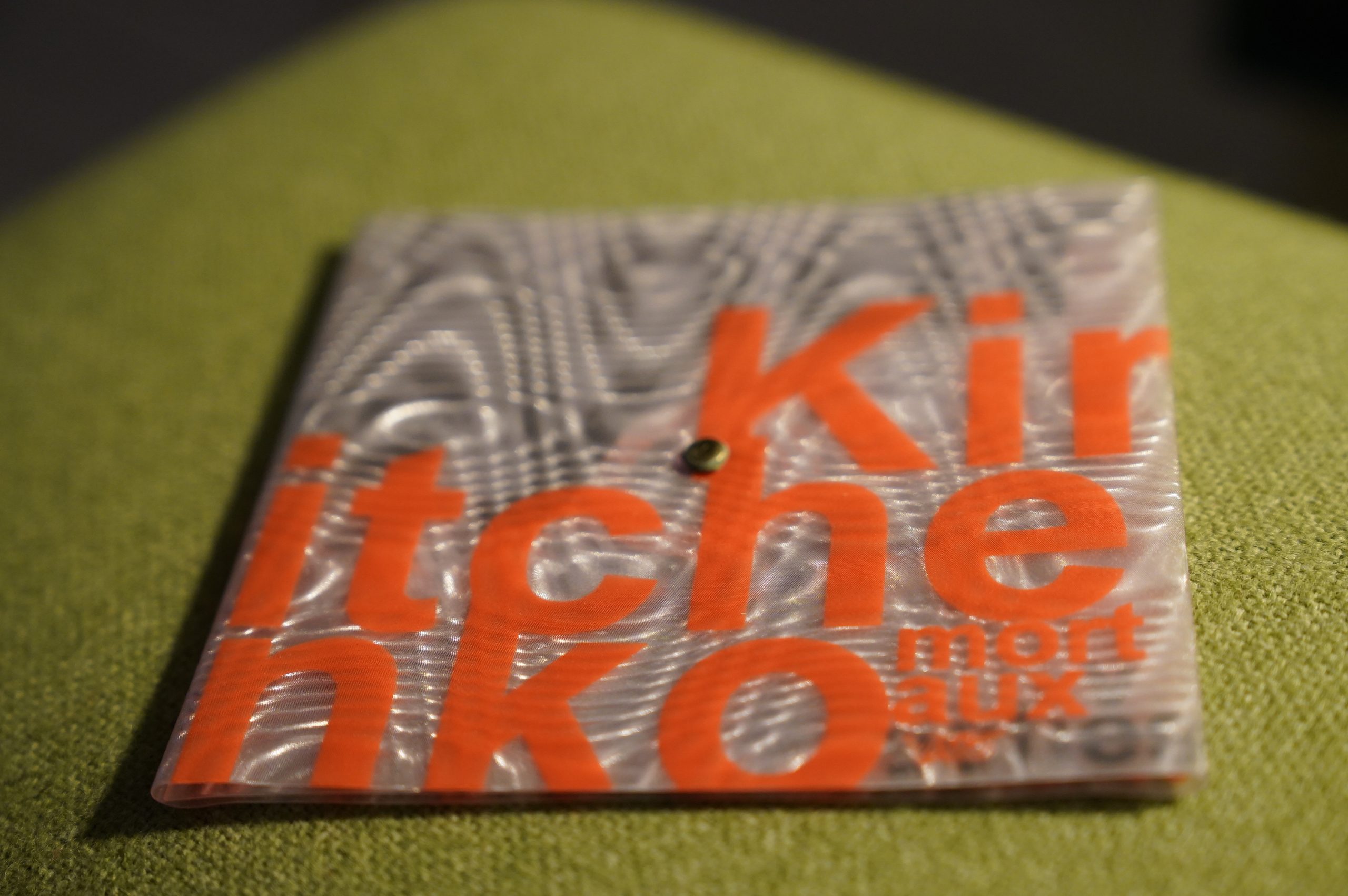 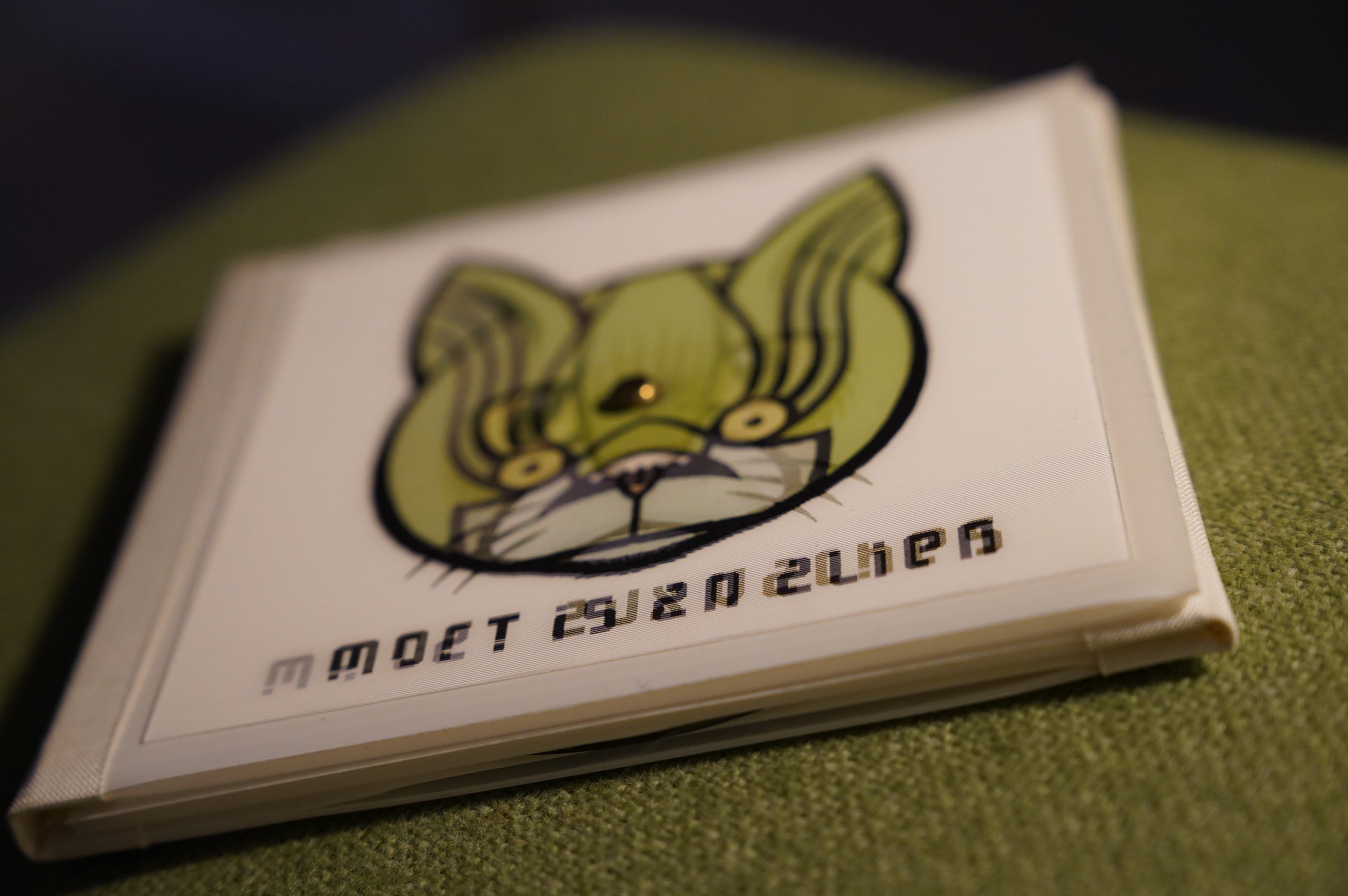 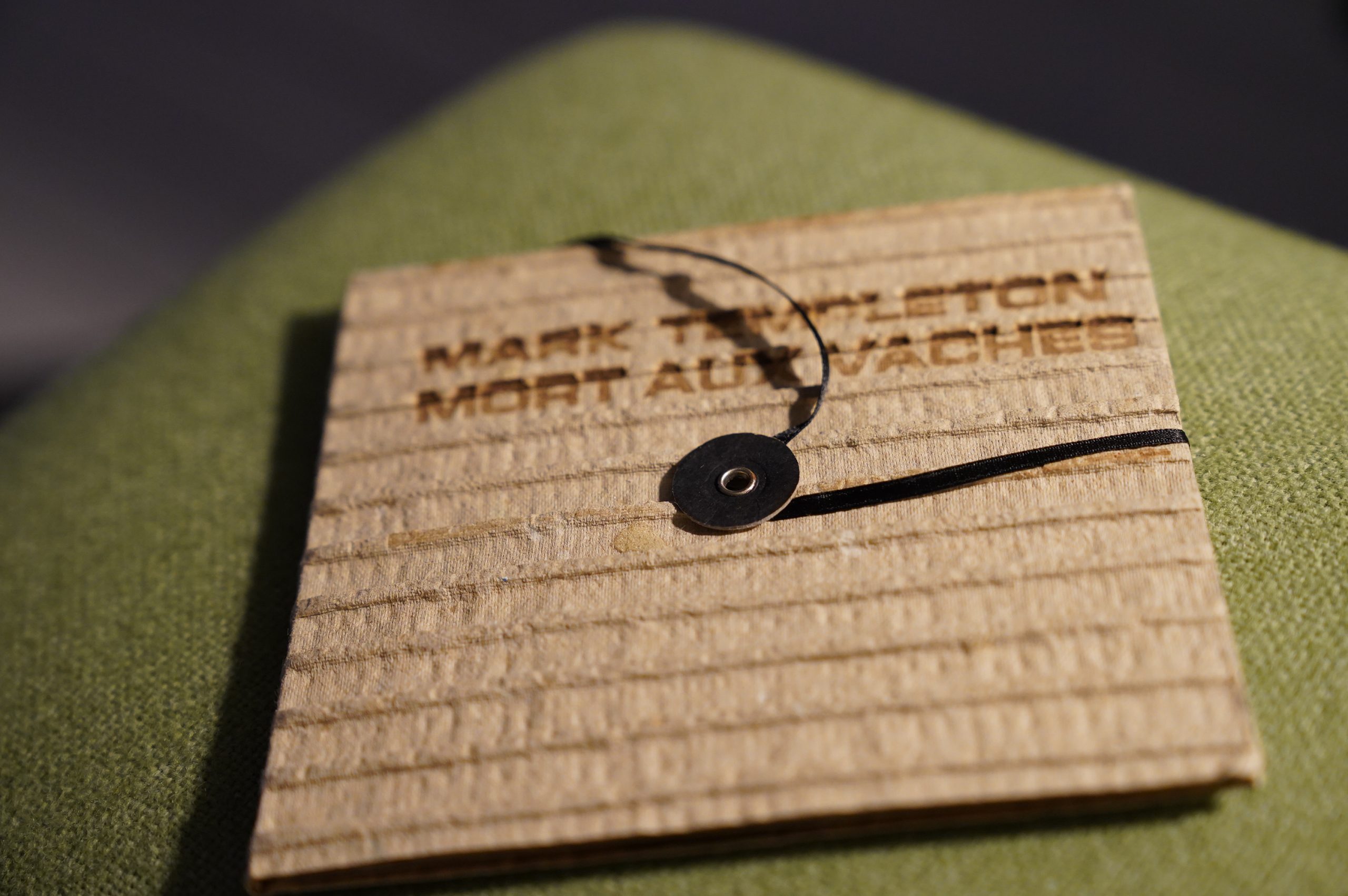 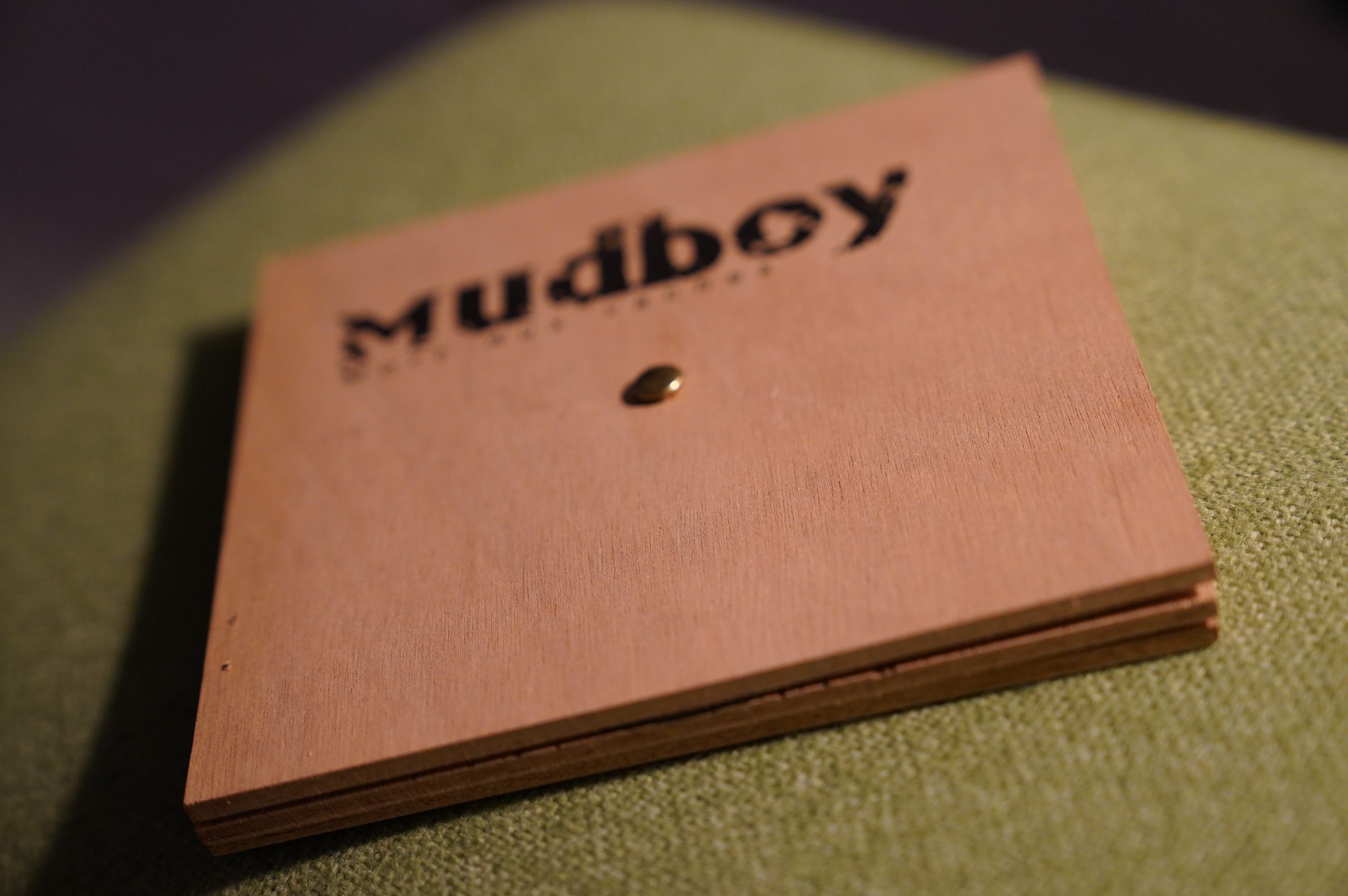 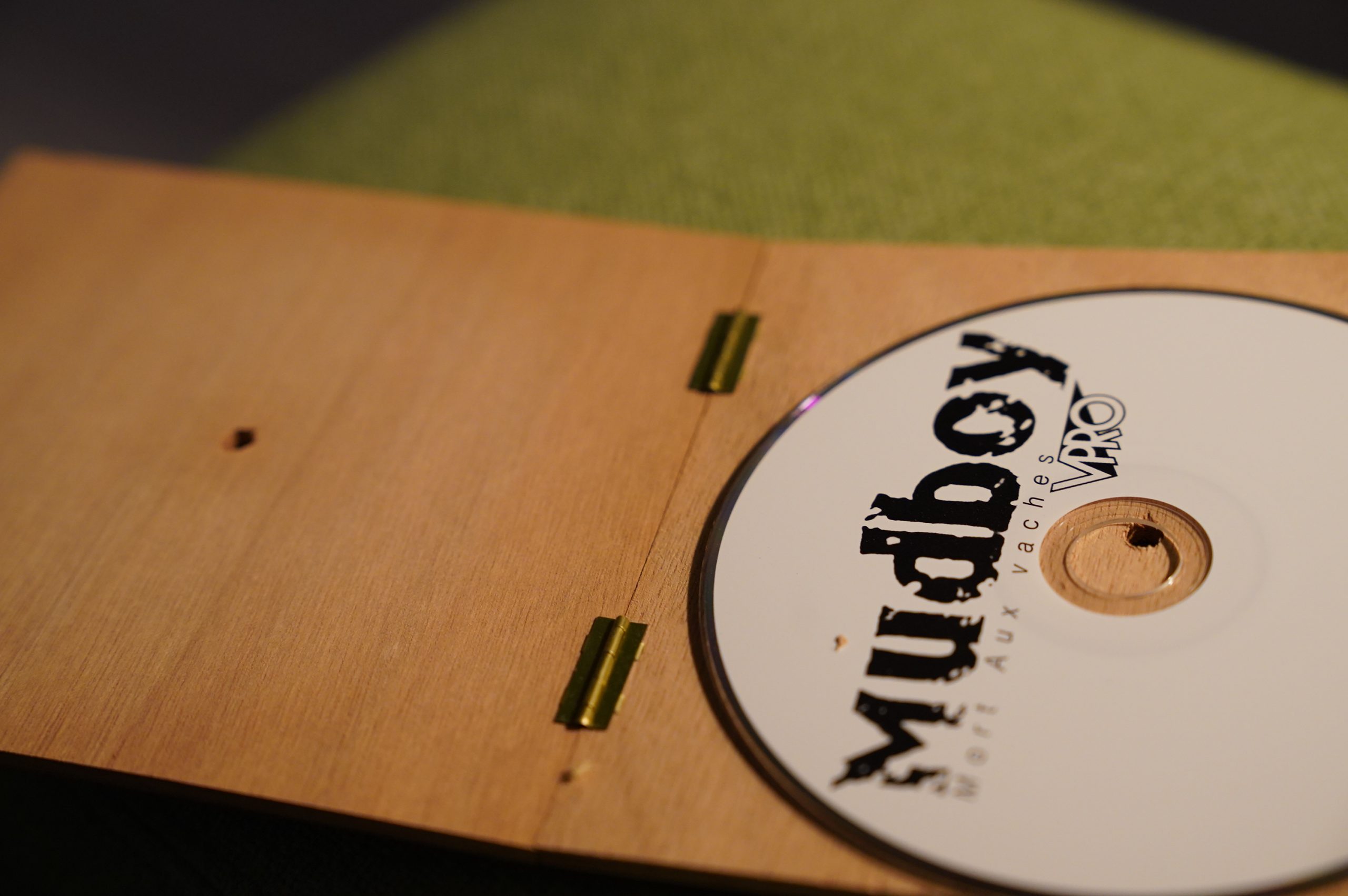 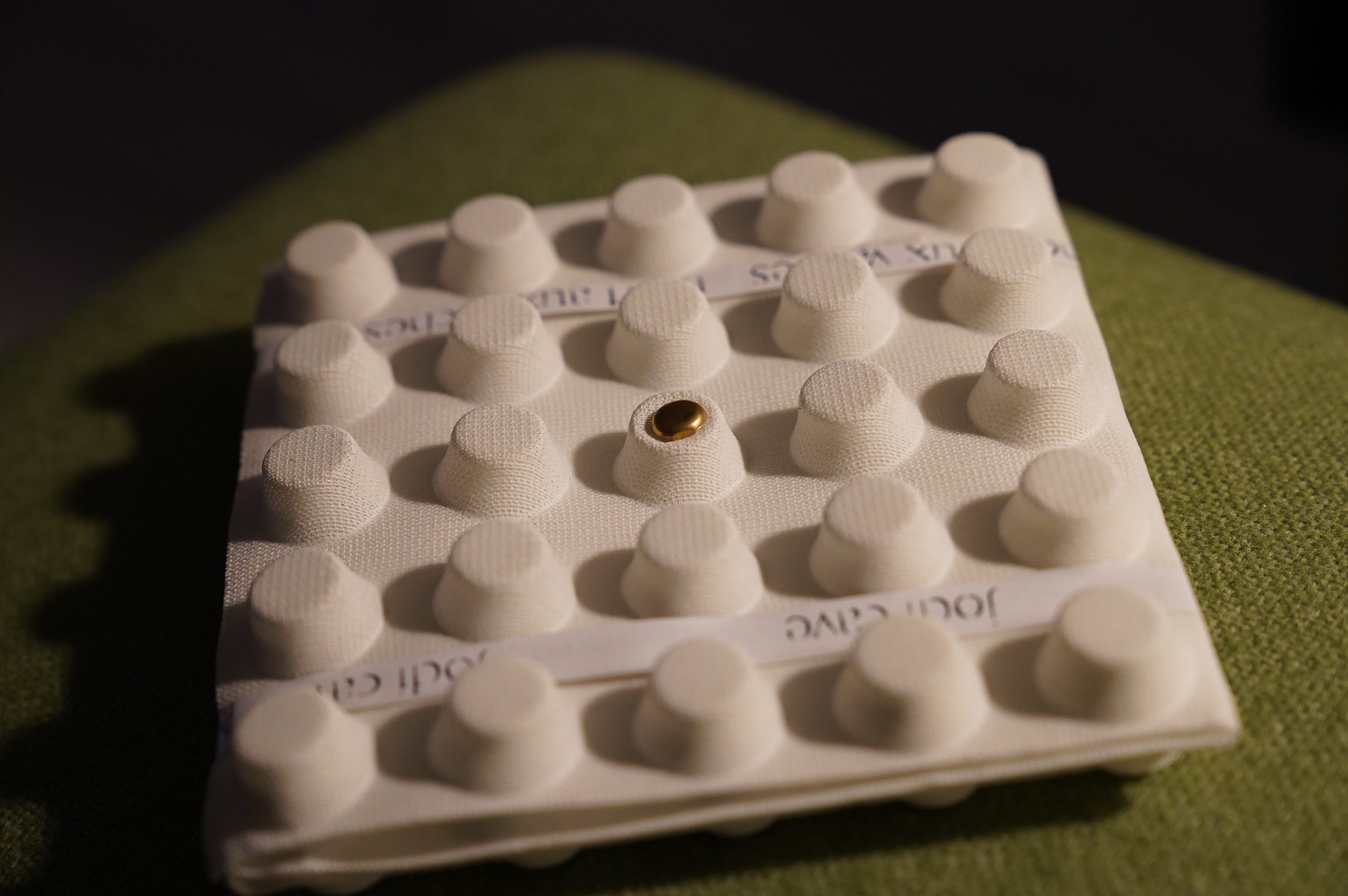 And… what the fuck is this!? Er… it’s… cardboard glued to some kind of cloth? And… can you even open it without cutting open those ribbons? I DON”T KNOW. I’m gonna try that now (I got it today)… 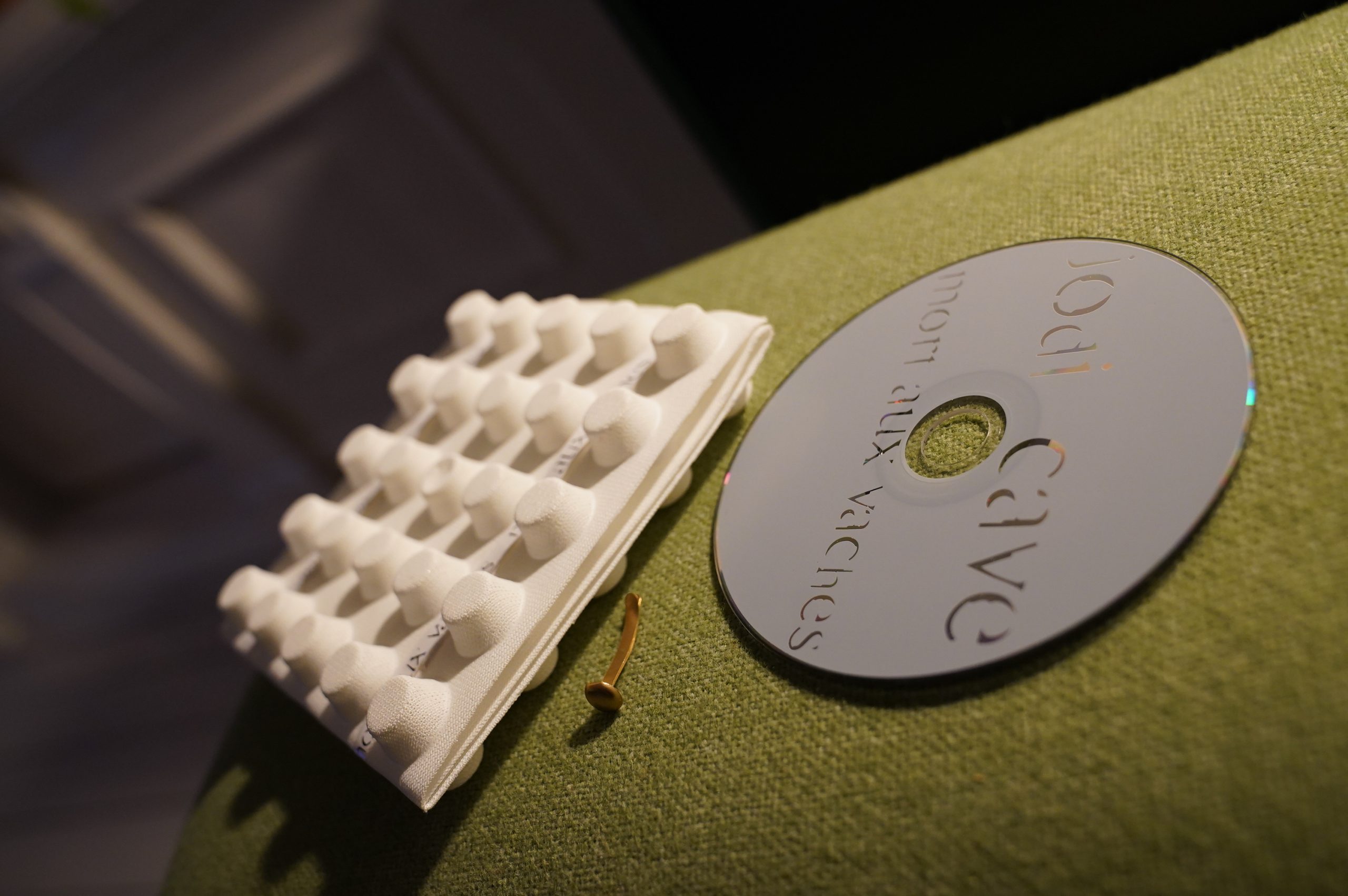 Phew! I didn’t have to. I just pulled out the pin and the CD slid out.

I shouldn’t have doubted the Staalplaat people. They must have had a lot of fun making these things.

Get buying if you’ve got a split pin fetish, too.

One thought on “Mort aux Vaches”