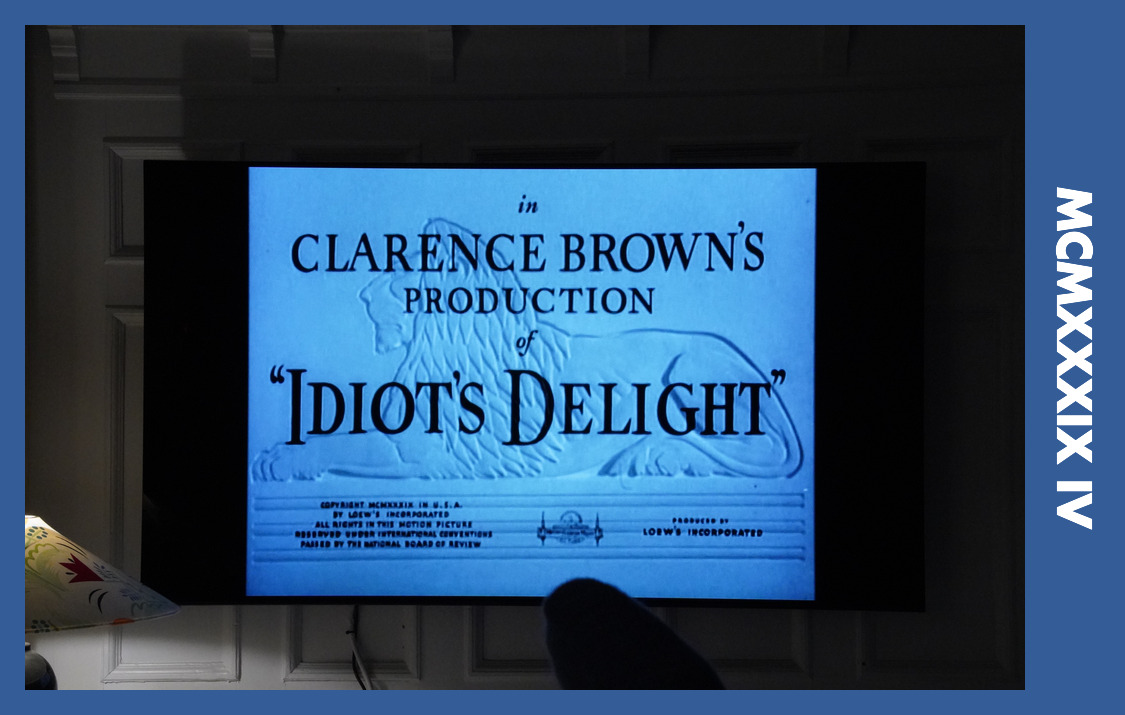 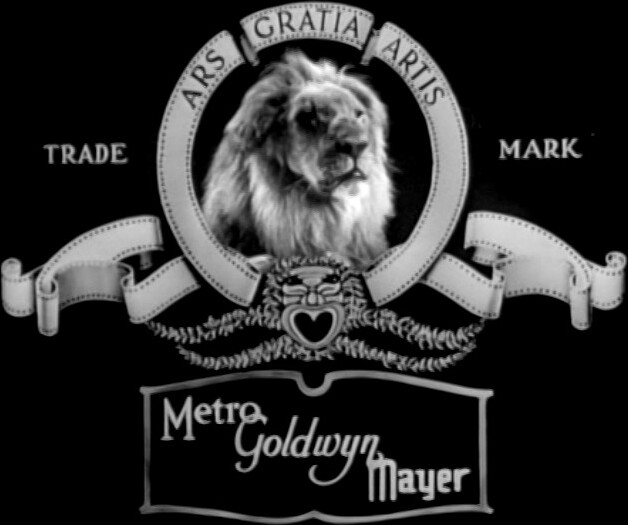 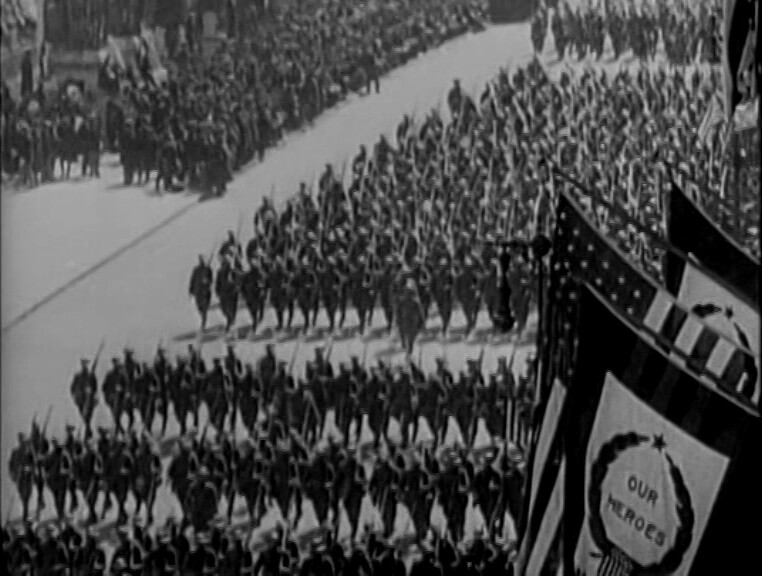 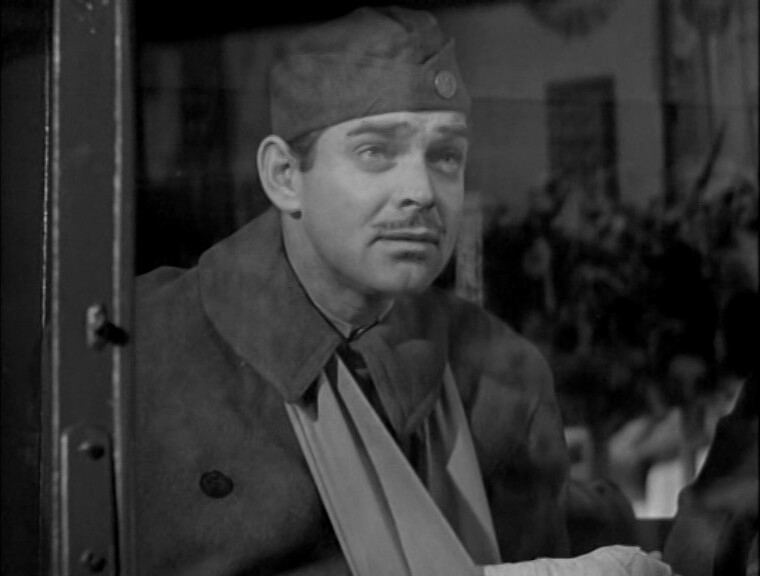 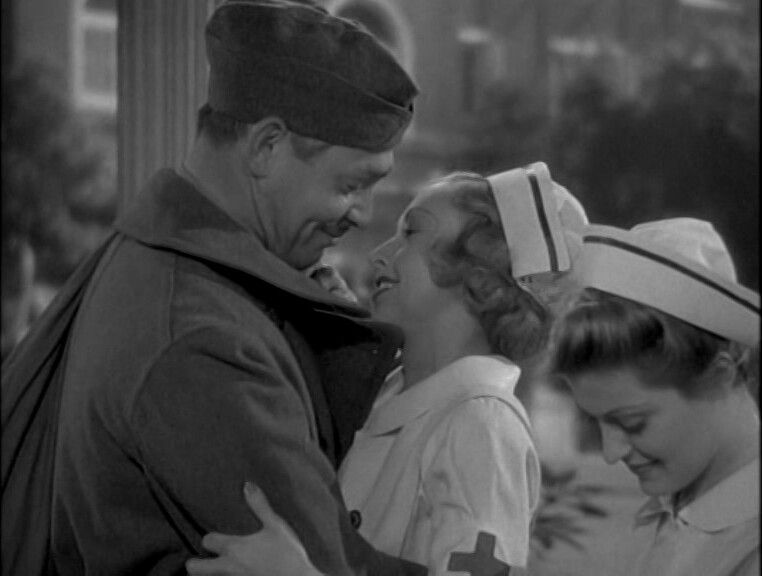 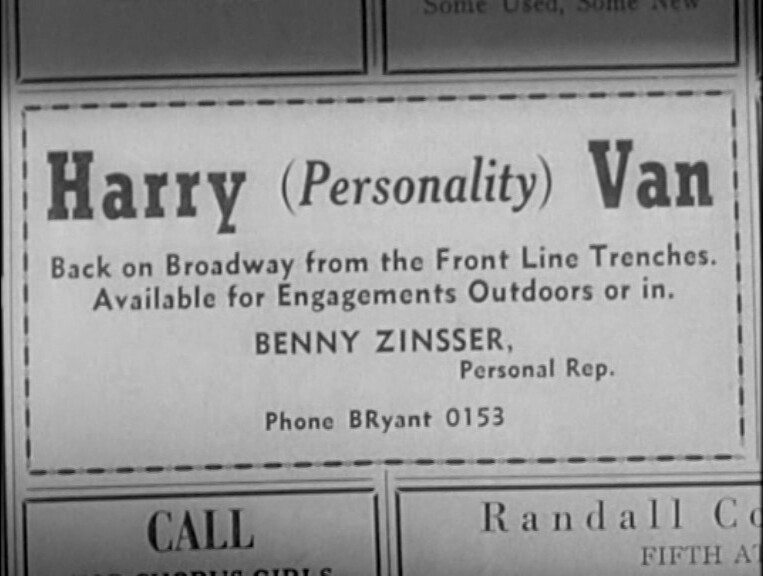 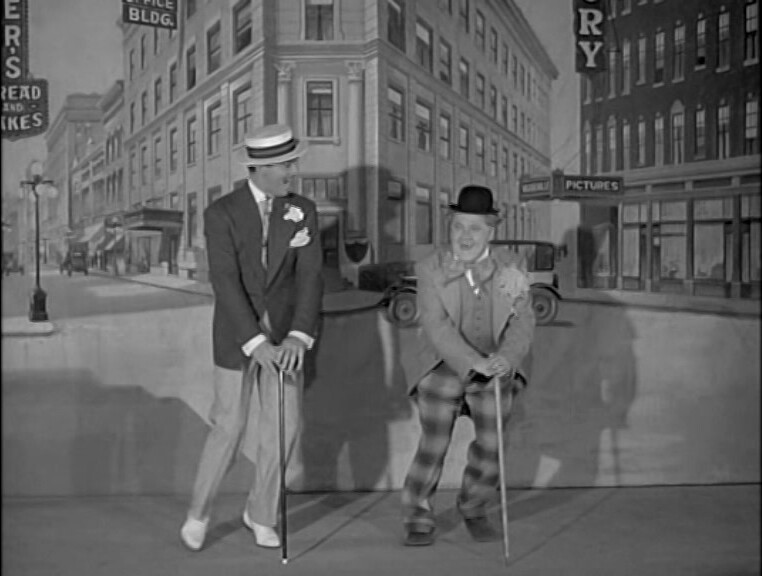 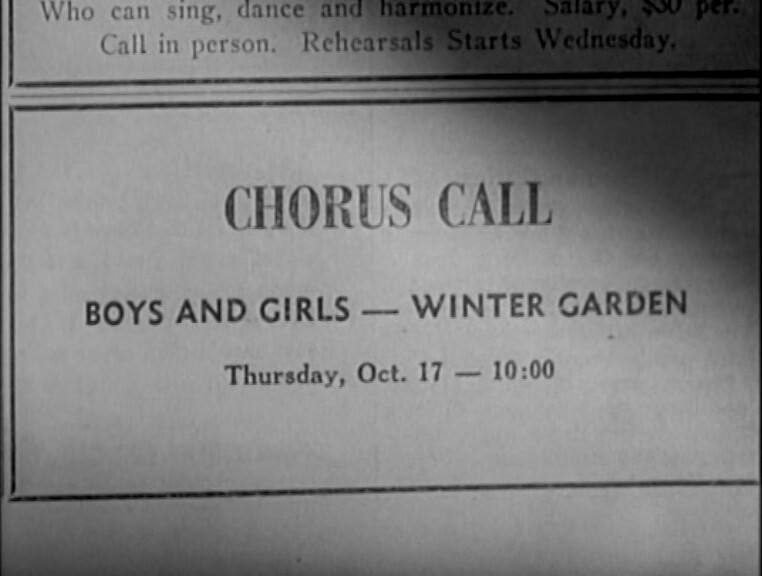 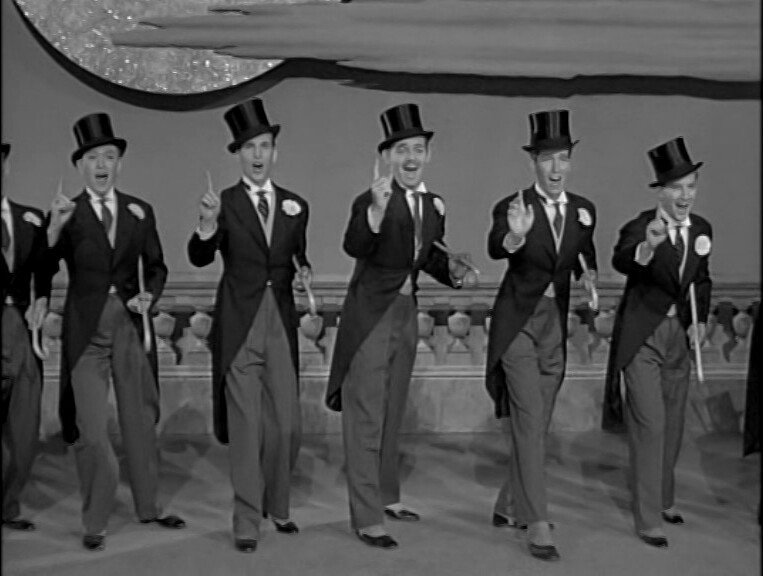 Hey… this is fun. It’s about a soldier (Clark Gable) returning from the previous war, and he’s an actor on a downwards trajectory. It’s very fleet-footed. 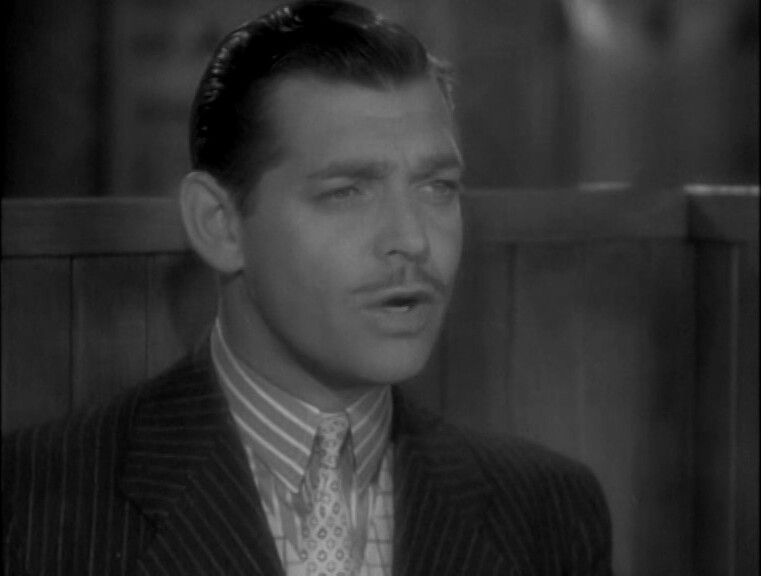 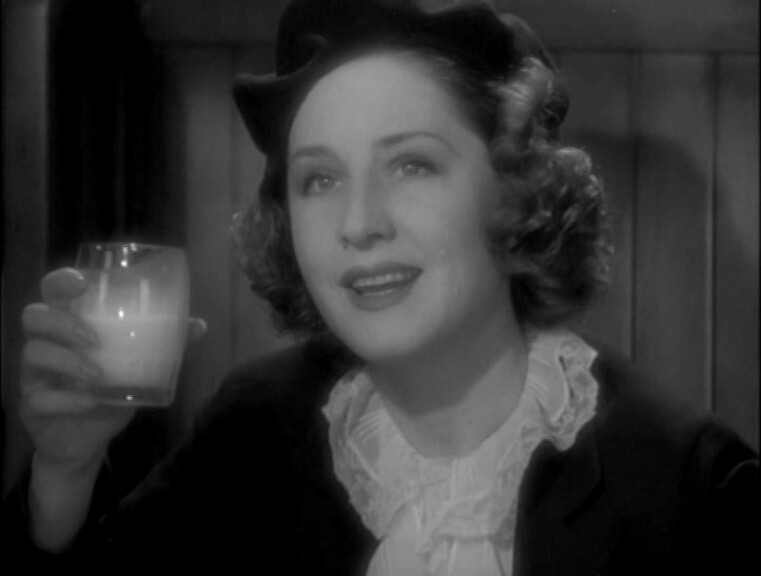 The movie has turned kinda strange. Clark is being pursued desperately by Norma Shearer… I mean, that’s not odd, but the way the movie leans into it is, because he’s been portrayed as such a loser up until now, and then Shearer shows up and can think of nothing better than to pair up with him. I mean, professionally. (They also have sex, which is *gasp*.) 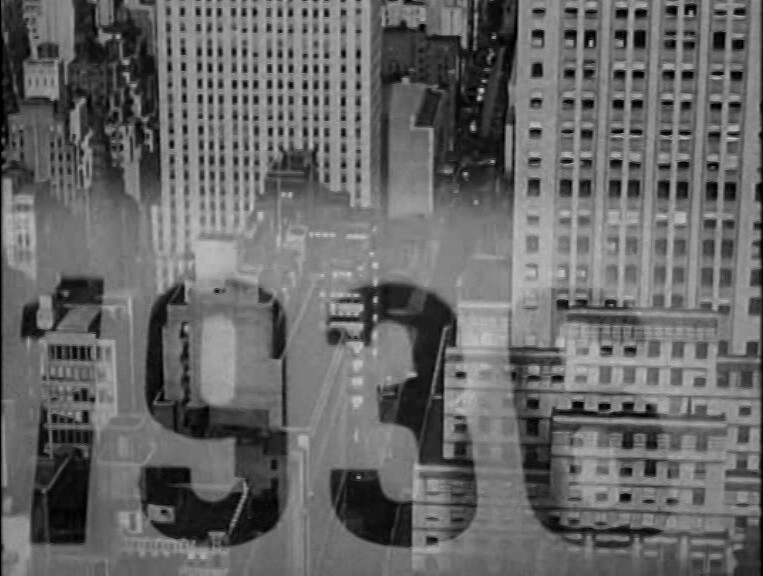 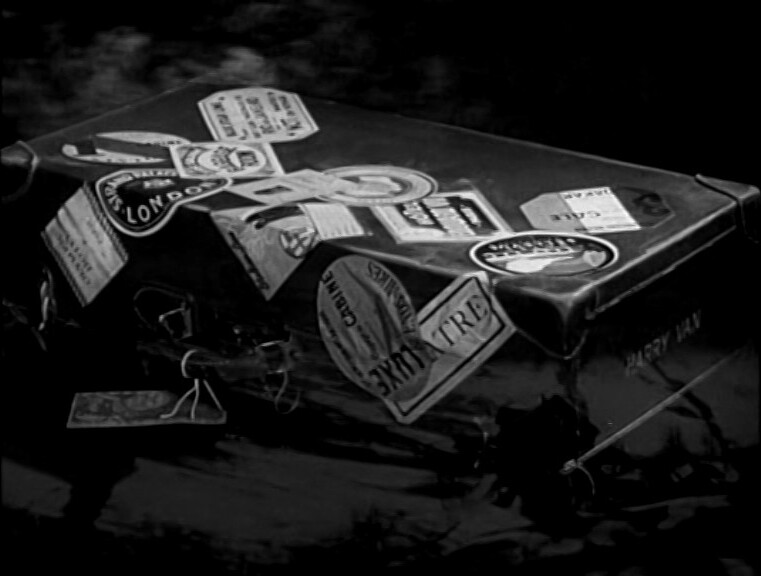 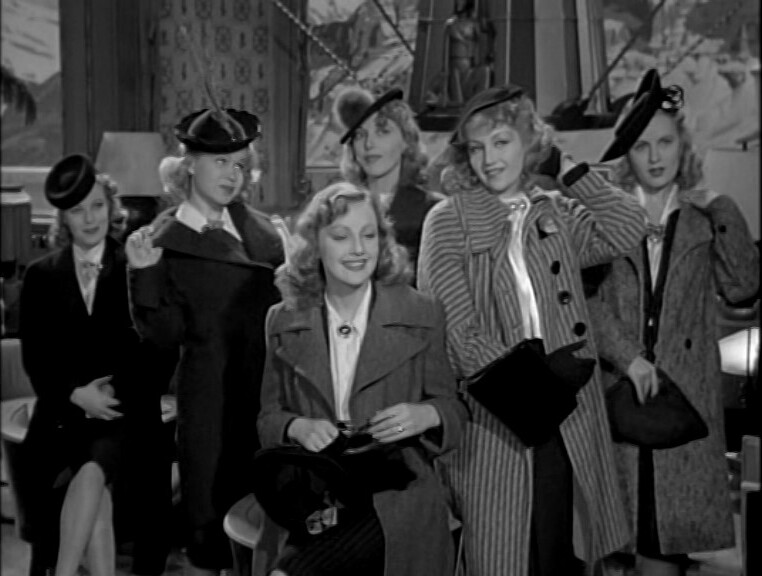 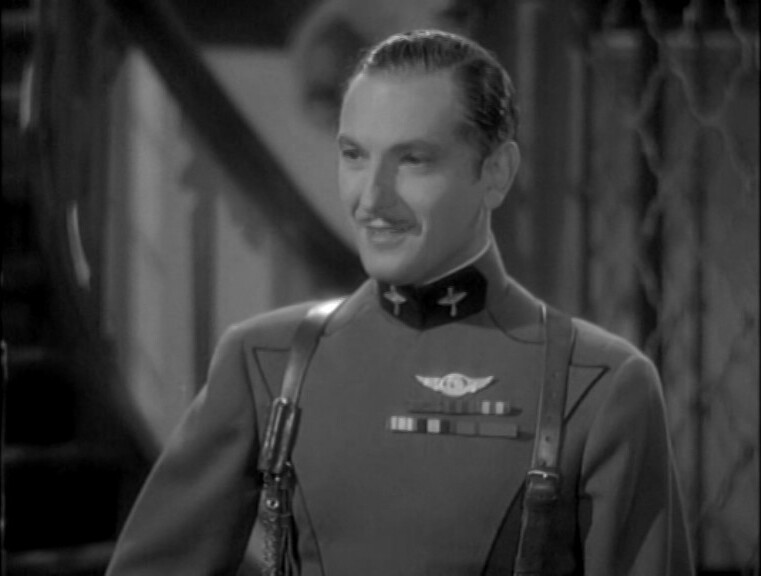 Well, that was a sudden turn in the plot: Now it’s years later, 1939, and Gable is touring Europe… and getting held up in Switzerland because there’s a war looming. I didn’t see that coming: Most American movies around this time were rather circumspect about the whole “Hitler is a Nazi” thing. I mean, nobody wanted to be pulled before the Congress critters that were patrolling Pro-British “propaganda”. 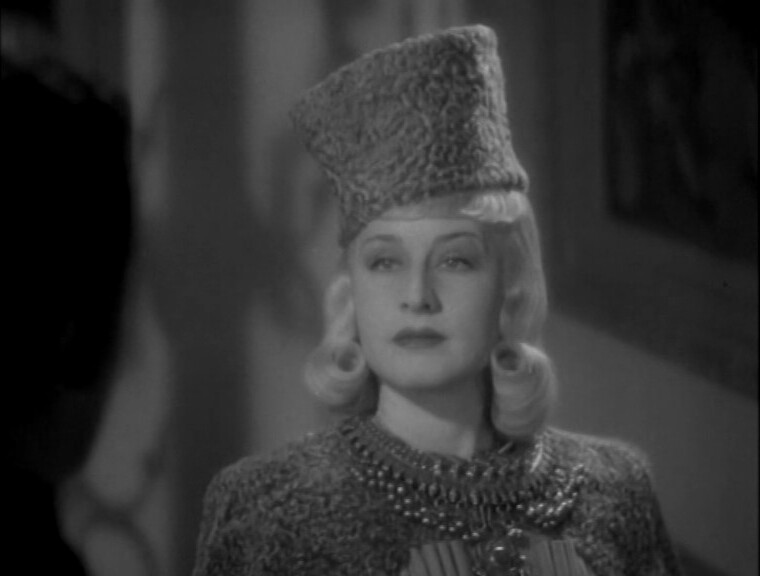 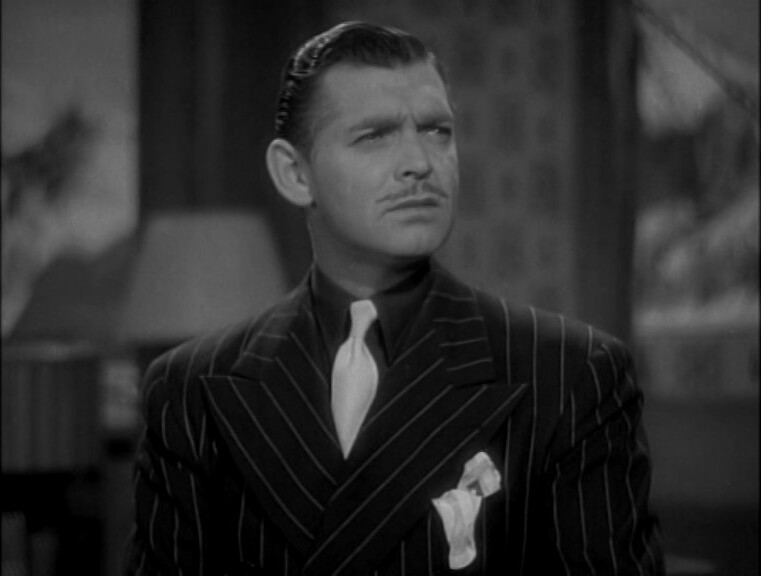 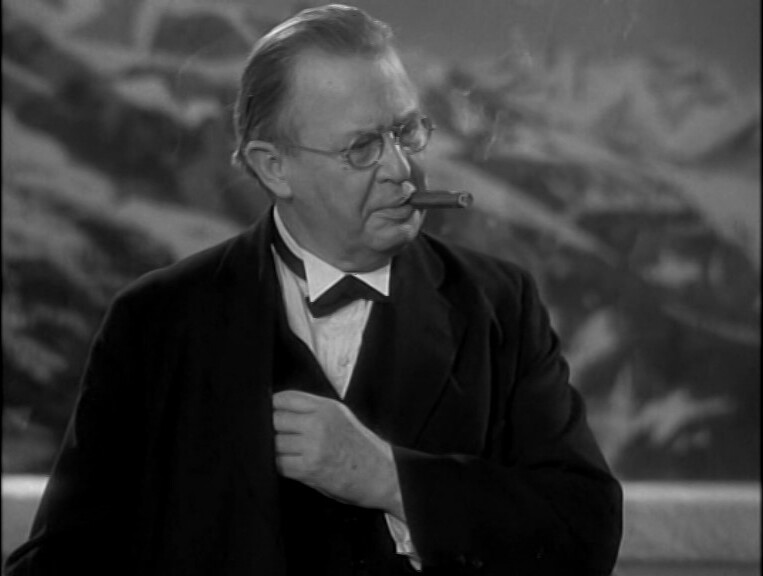 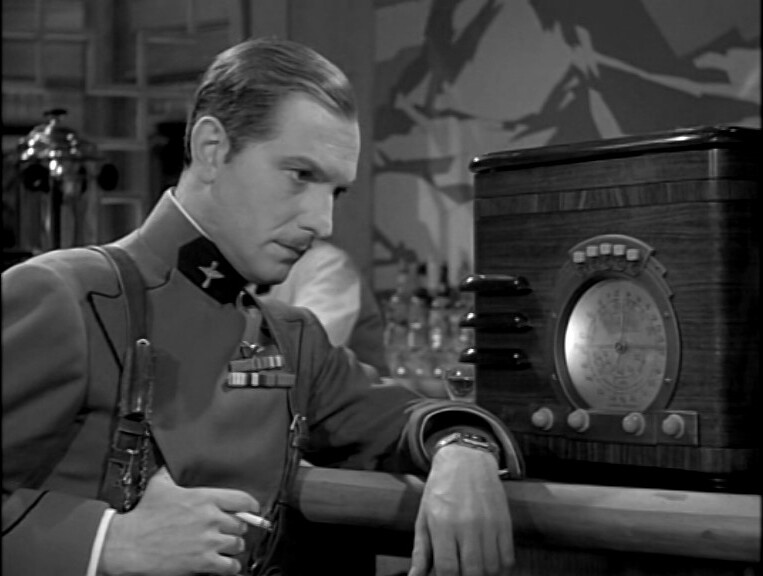 Unfortunately, once we get to the main part of the movie, it’s all rather tedious. I mean, I appreciate the anti-war sentiments and stuff, but it’s… just… boring. It’s so weird they bolted that rather amusing preamble to something as earnest as this. I wonder what the story behind this is…

Previously, when Warner Bros. was considering making a movie of Sherwood’s play, the studio checked with Joseph Breen, the film censor, who predicted it “would be banned widely abroad and might cause reprisals against the American company distributing it. The play is fundamentally anti-war propaganda, and contains numerous diatribes against militarism, fascism, and the munitions ring.”

According to MGM records the film recorded a loss of $374,000 – the only film Clark Gable made at MGM to lose money apart from Parnell and Too Hot to Handle. 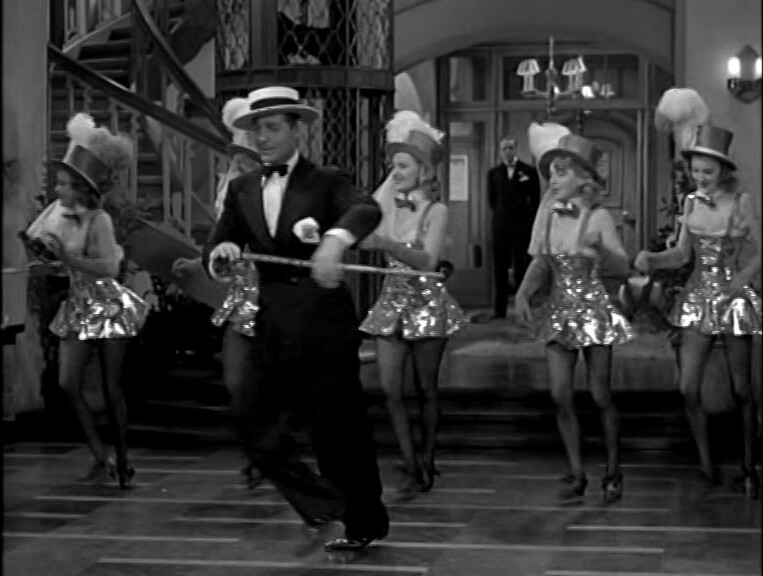 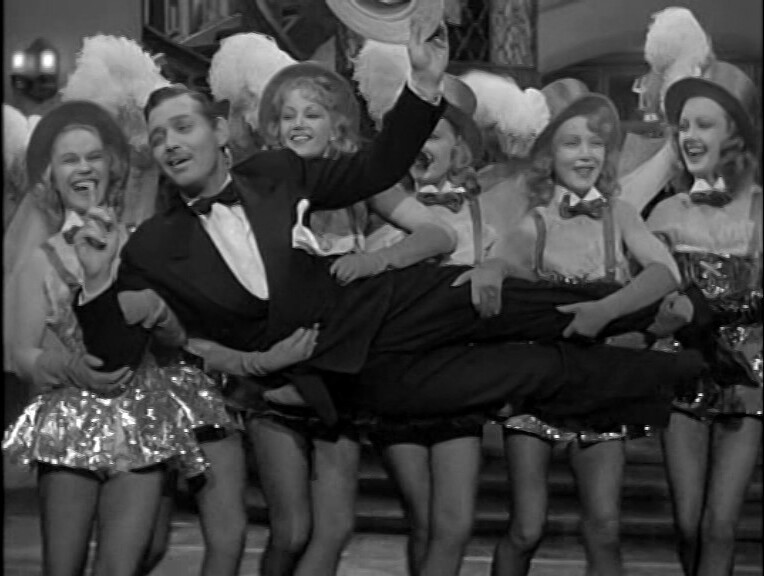 Hey! Gable can dance! Sort of. He’s a bit off beat, but his feet are doing the moves. Impressive. 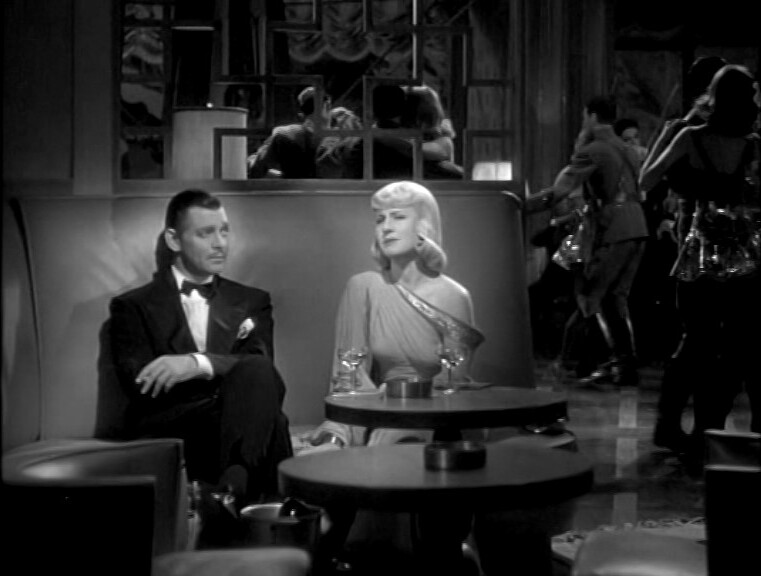 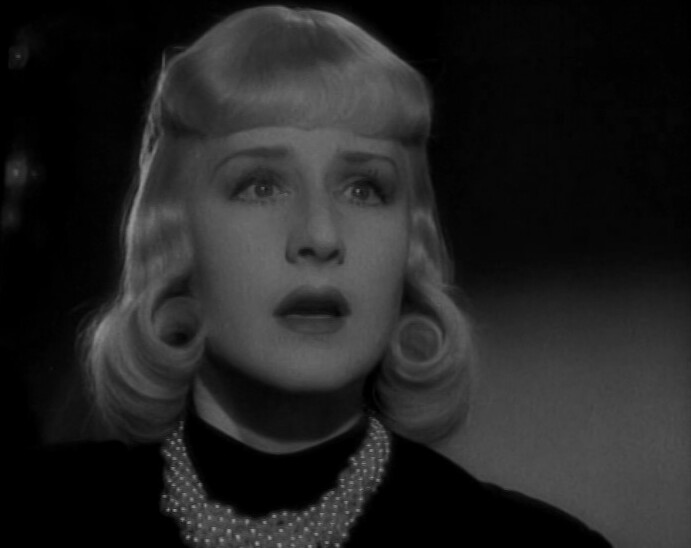 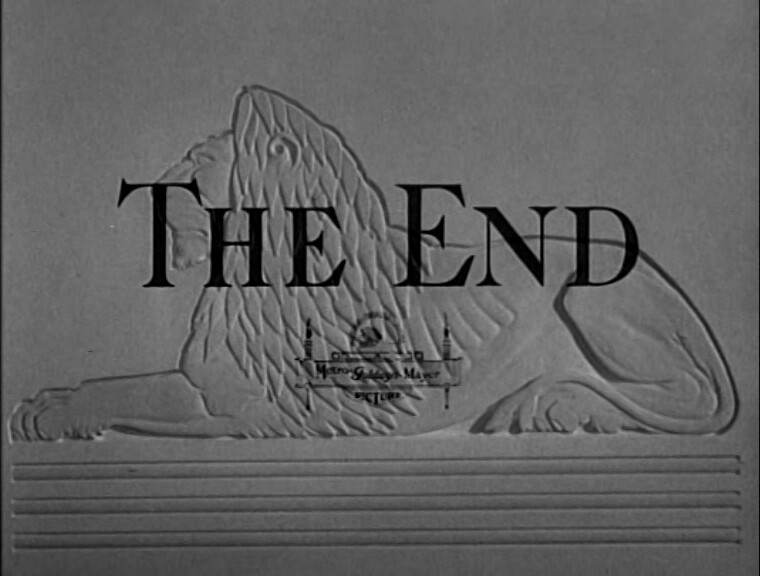 So… there’s bits in this movie that work, but it’s just so hamfisted. After being preached at in this way, I think most audiences would go YES LET”S HAVE A WAR THEN IF THAT MEANS WE DON”T HAVE TO WATCH MORE OF THIS MOVIE. 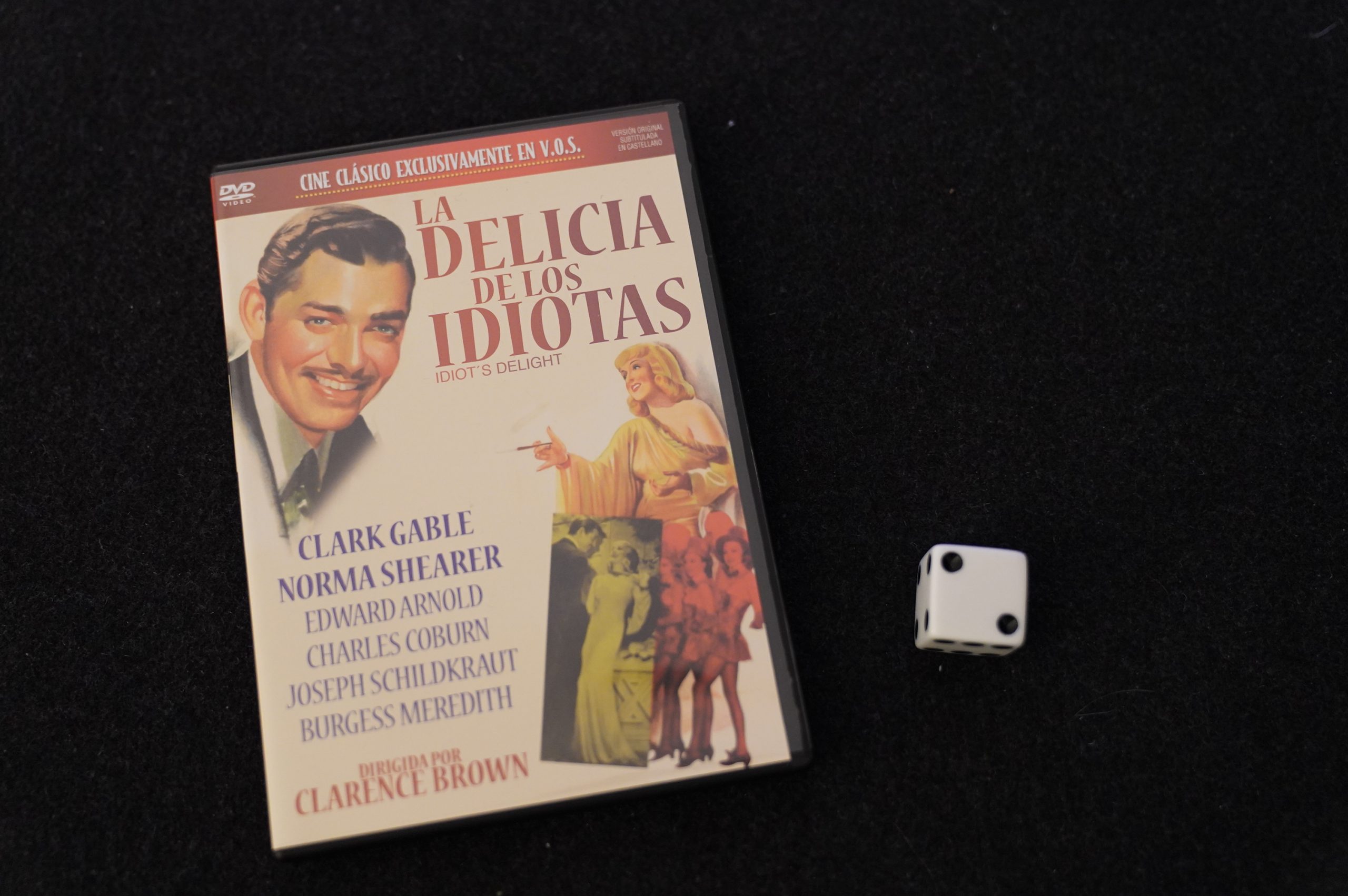