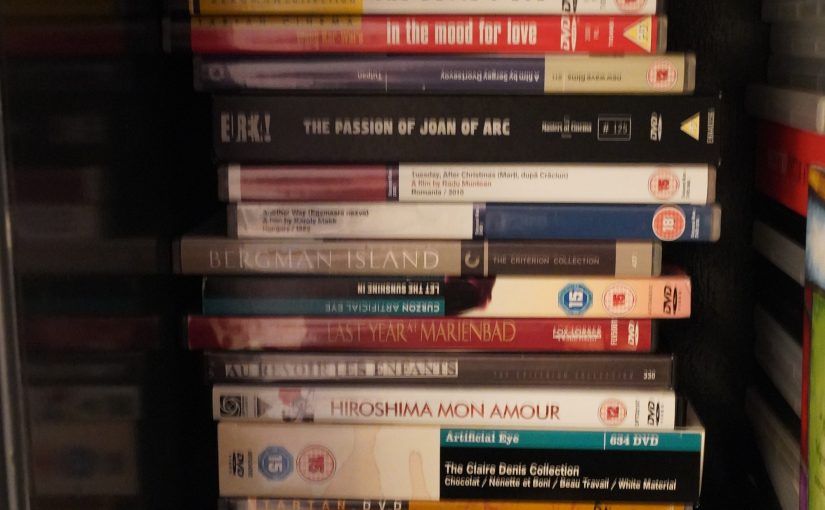 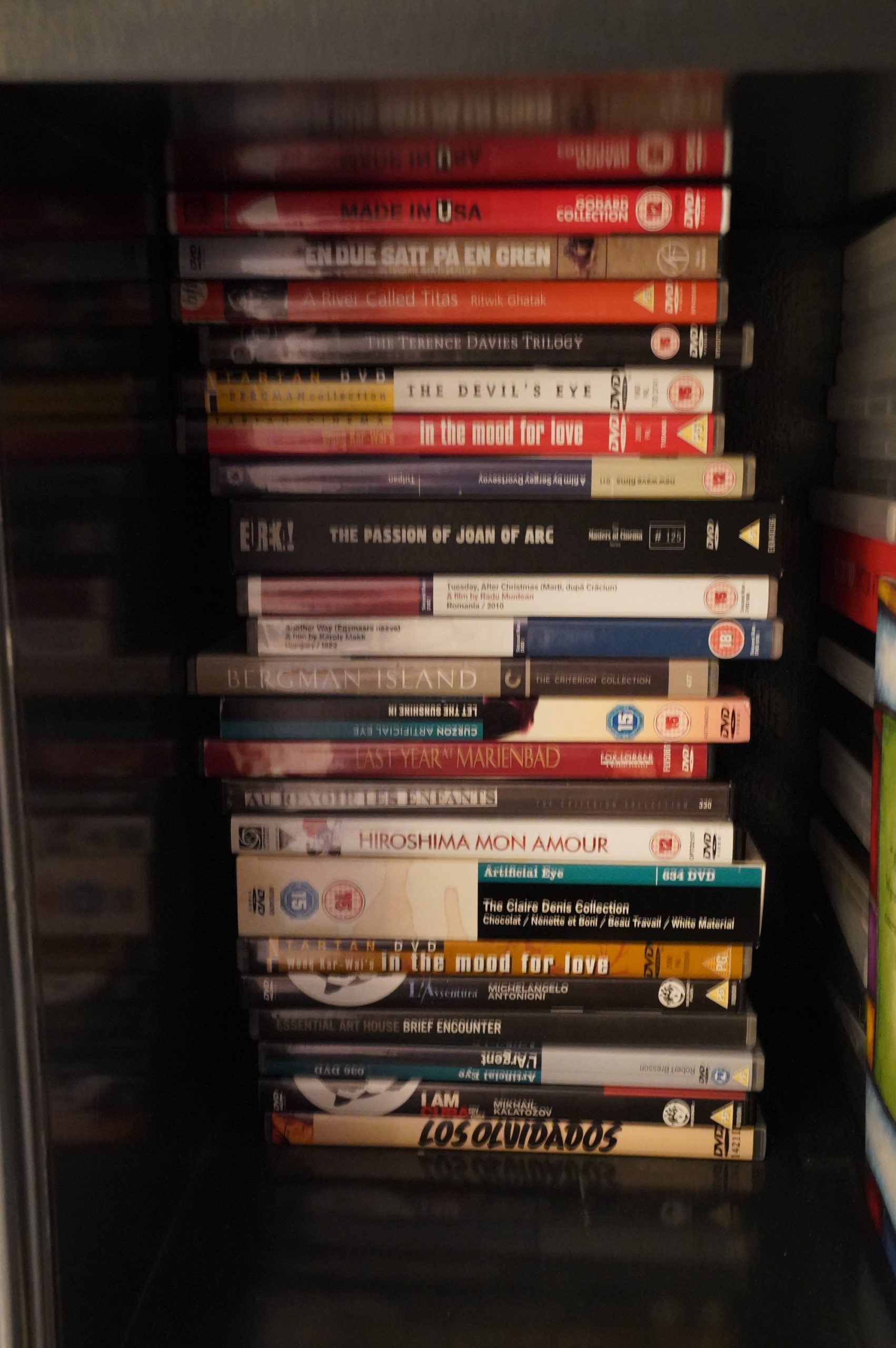 Or perhaps that’s just me.

With less-popular movies, it seems like such a thankless task: To try to find ways of packaging films with little commercial potential so that you can make the movies available without going bankrupt.

So perhaps it shouldn’t be a surprise that some of these companies have gone under.

Over the years, I’ve googled quite a bit for “who’s like Artificial Eye and Tartan, but not Artificial Eye or Tartan”, and there seems to be a dearth of information about these companies, so I thought I’d take a stab at giving an overview of the most important of the companies who managed to flog these DVDs at an uncaring audience.

This makes the selection at Criterion pretty staid and safe, but they do put a lot of effort into their releases. Booklets, extras and most importantly: Fantastic transfers and restoration jobs.

We all love Criterion.

It can sometimes seem a bit precious:

The company later became known for pioneering the “special edition” DVD concept, containing bonus materials (trailers, commentaries, documentaries, alternate endings, deleted scenes, et cetera), “a film school in a box”, as it were, the success of which established the special edition version in the DVD business.

A film school in a box? I just threw up a bit in my mouth.

Since they put so much work into their releases, they can’t really do movies that are marginal: They have to shift the units. So they’ve made the brilliant decision to create a sub-label called “Eclipse”, which only releases box sets of movies that have, shall we say, a smaller audience than, say, Inside Llewyn Davis.

I watched the Chantal Akerman 70s box set recently, and it was awesome. The movies were great, and the transfer was better than most. The movies were unrestored, of course, but they still looked great. So I’ve now bought boxes 2-10. That should take me just a couple er years? to go through.

The wikipedia page looks like it was written by somebody that works for Criterion, so we get dubious factlets like Criterion inventing letterboxing. I’m pretty sure that’s not correct? But perhaps it was an innovation in the US.

The company was started in 1984 and is still privately held. Go Criterion! 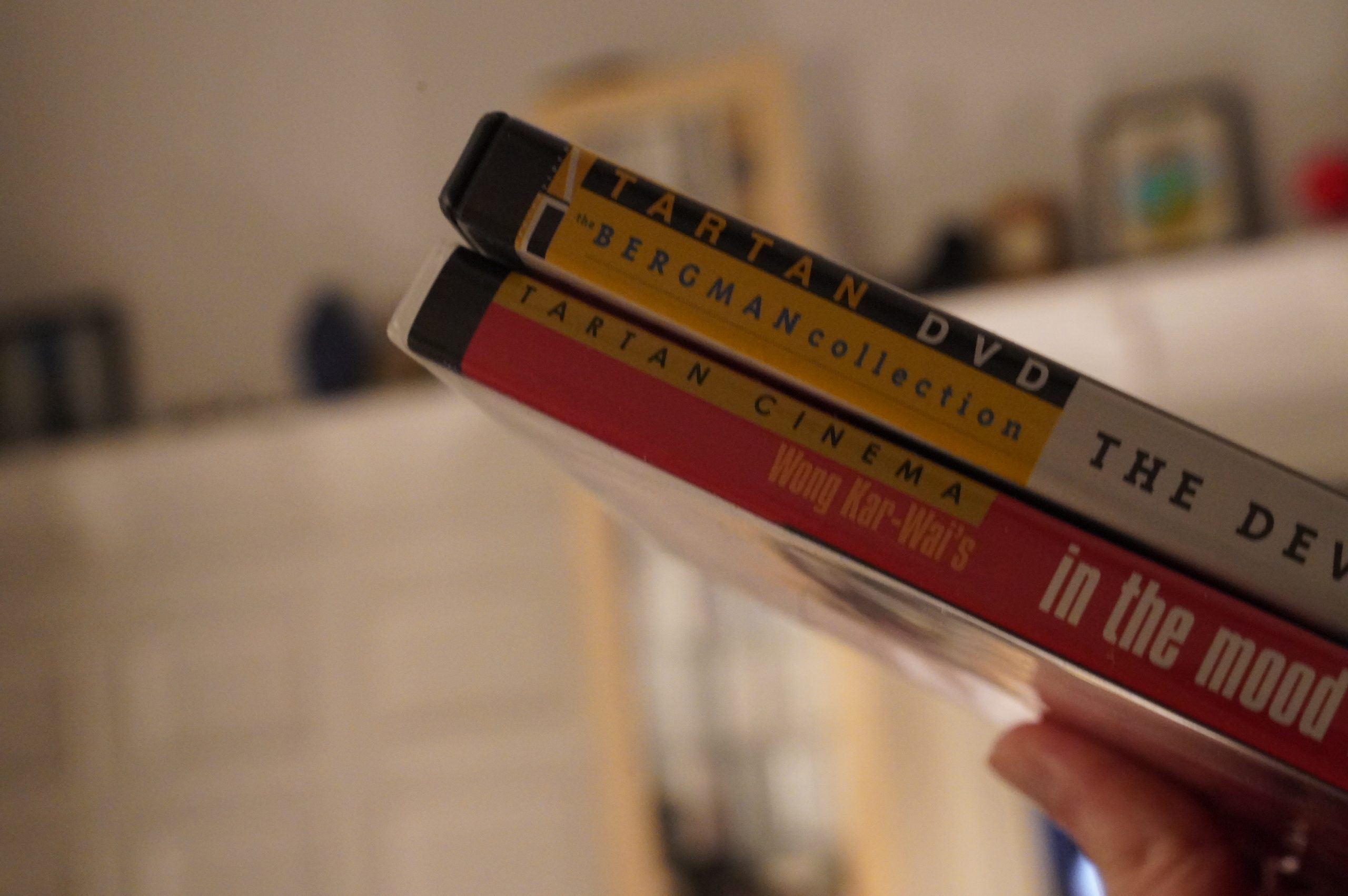 On the opposite side of the preciousness scale, we have Tartan. The company folded in 2008, but the British company managed to publish a large number of movies during its lifetime (a bit more than two decades). And these did not come with booklets or five hours of extra material: They’re cheap and useful.

They were probably most famous for their Tartan Asia Extreme series of movies, of which I have exactly zero, because that’s not my thing. But it’s appreciated, anyway.

As The Guardian puts it:

Patchy, eccentric and very prolific, Tartan was one of the most recognisable and risk-taking British film distributors. We wave them a fond farewell

Fronted by the enthusiastically eccentric Hamish McAlpine, Tartan had been going in one form or another since 1984

Whatever repercussions develop from all this messiness, McAlpine and Tartan deserve our gratitude for identifying and capitalising on specific trends in international cinema – most notably as pioneers, in this country at least, of J-horror and Korean body-shock cinema, as well as pushing the envelope in all sorts of ways.

But they had a very varied catalogue — for instance, half a dozen of Ingmar Bergman’s lesser-known movies, as well as more respectable Hong Kong directors like Wong Kar Wai. 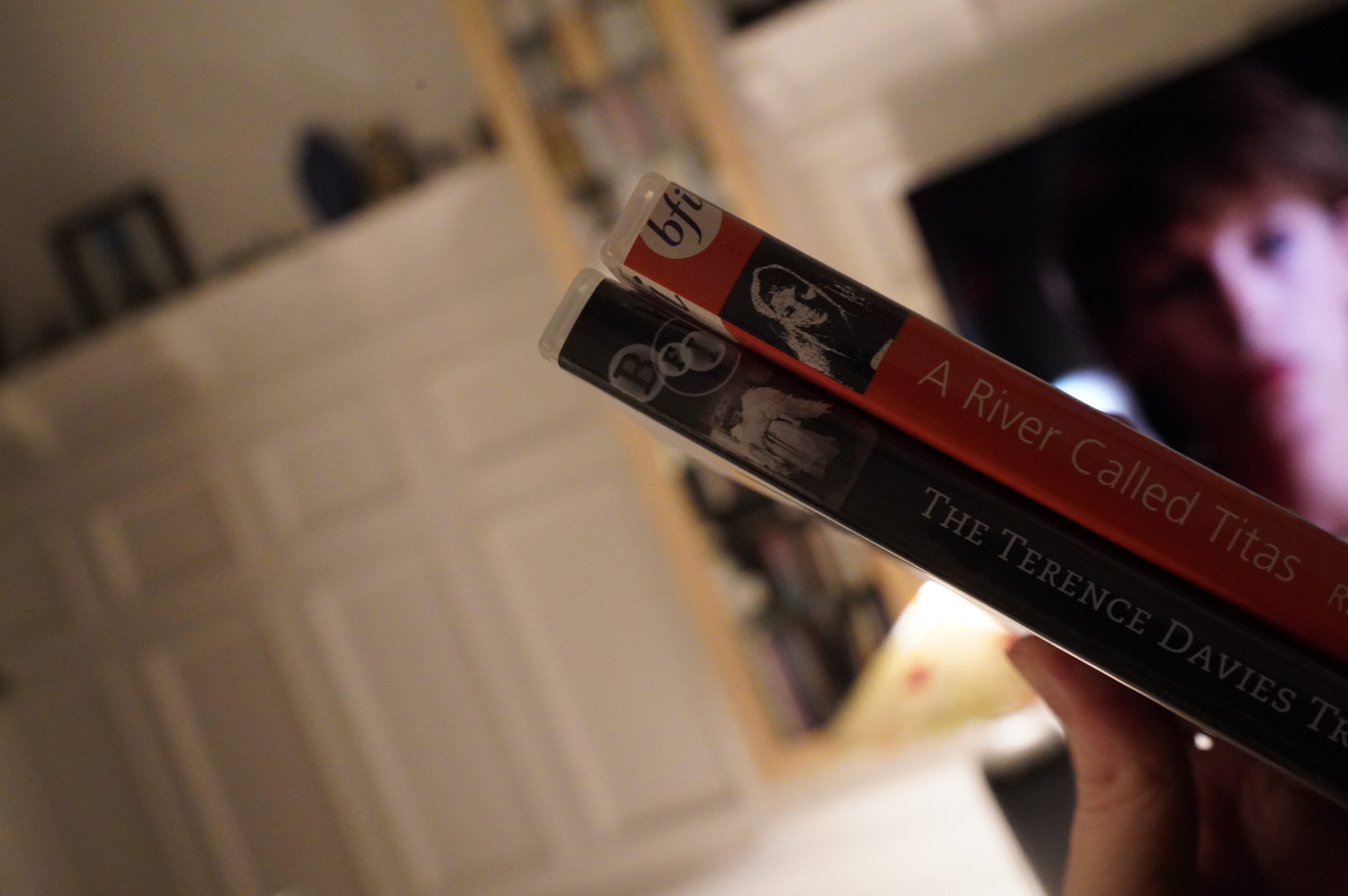 I read a great interview with a programming guy at the BFI. It was a really interesting talk about what things the BFI could release, and licensing around that, and being an institution like that and not stepping on the toes of other people also trying to make good movies available to people.

So if course I can’t find that interview now. Gah!

Anyway, the BFI has a really interesting profile, in that there really isn’t one. They concentrate on British cinema, of course, but release pretty much anything as long as it’s good. And if it’s not actually good, but just weird and weirdly watchable, they put it on the Flipside label.

… Hey, I found that interview:

It’s all about striking a balance. I think that’s a phrase that really sums up the BFI. It is sometimes about, and I hate the phrase, ticking certain boxes as well. There has to be a diversity, there has to be a good mixture of product. We can’t just do studio deep-catalogue, such as someone like Powerhouse/Indicator, who I love. We couldn’t do that lineup of titles because it isn’t really what the BFI is about. It would just be: ‘What’s the BFI doing? Why are they not representing the cross-section of this country and instead doing lots of American stuff?’

So you’ll release a title that won’t be a big seller and you’ll follow it with something bigger to make up for any financial shortfall?

Yes. I do projections for everything we release. I’ll say: ‘Look, I’m not going to lie to you. I’m not going to say that these numbers aren’t saying to me what they’re saying to me. But I understand why it is we should be doing something like this, because we are the only ones to really do it.’ And we’ll do it to a level that is a very high standard. 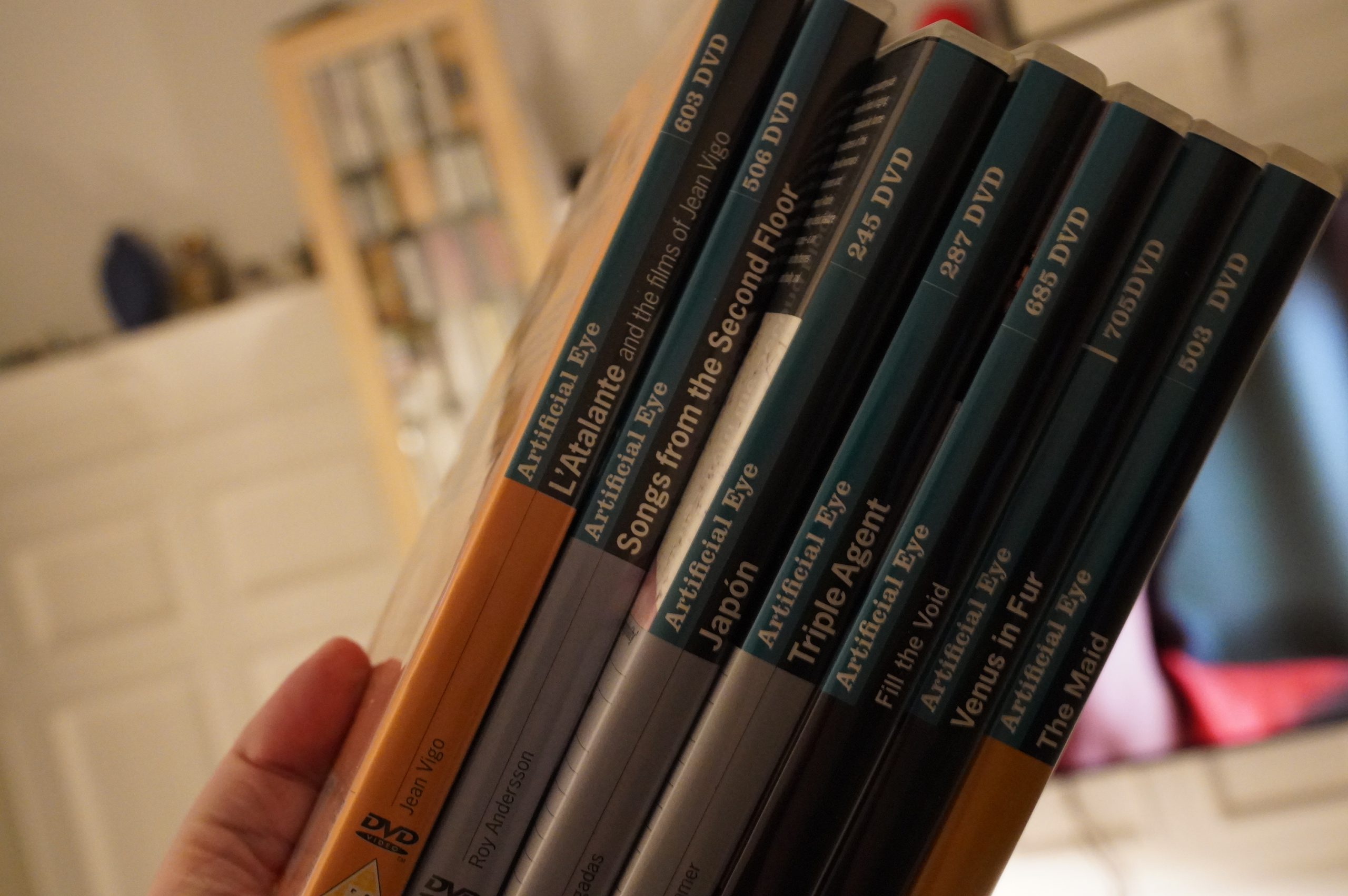 I have dozens and dozens of movies from Artificial Eye; these are just the top ones I grabbed. Whenever in a shop when I’d see an Artificial Eye release, I’d just grab it. The taste level is high, and there’s definitely a kind of vision behind it all. And the releases are numbered, which appeals to the obsessive nerd in me.

The company was founded in 1976 by Andi Engel (11 November 1942 – 26 December 2006), a German-born film enthusiast, and his then wife, Pamela Balfry, who had a background working with Richard Roud at the London Film Festival. She became Artificial Eye’s first managing director.

Clare Binns, director of programming and acquisitions for Picturehouse Cinemas and Picturehouse Entertainment commented: “Pam was passionate about film and fought for her films and cinemas with the same passion. It was not just about the money for her, she believed in cinema and if she bought a film it was because she loved it and wanted it seen so others could share the pleasure of cinema that she did.”

Publicist Charles McDonald added: “This is very sad news. Artificial Eye, perhaps uniquely among distributors (with the exception of Disney) are the one company where you know what you’re going to see when you go to the cinema. She built a genuine brand. She was a steely, determined woman with excellent taste. Her and Andi were trailblazers of international and independent cinema in the UK.” 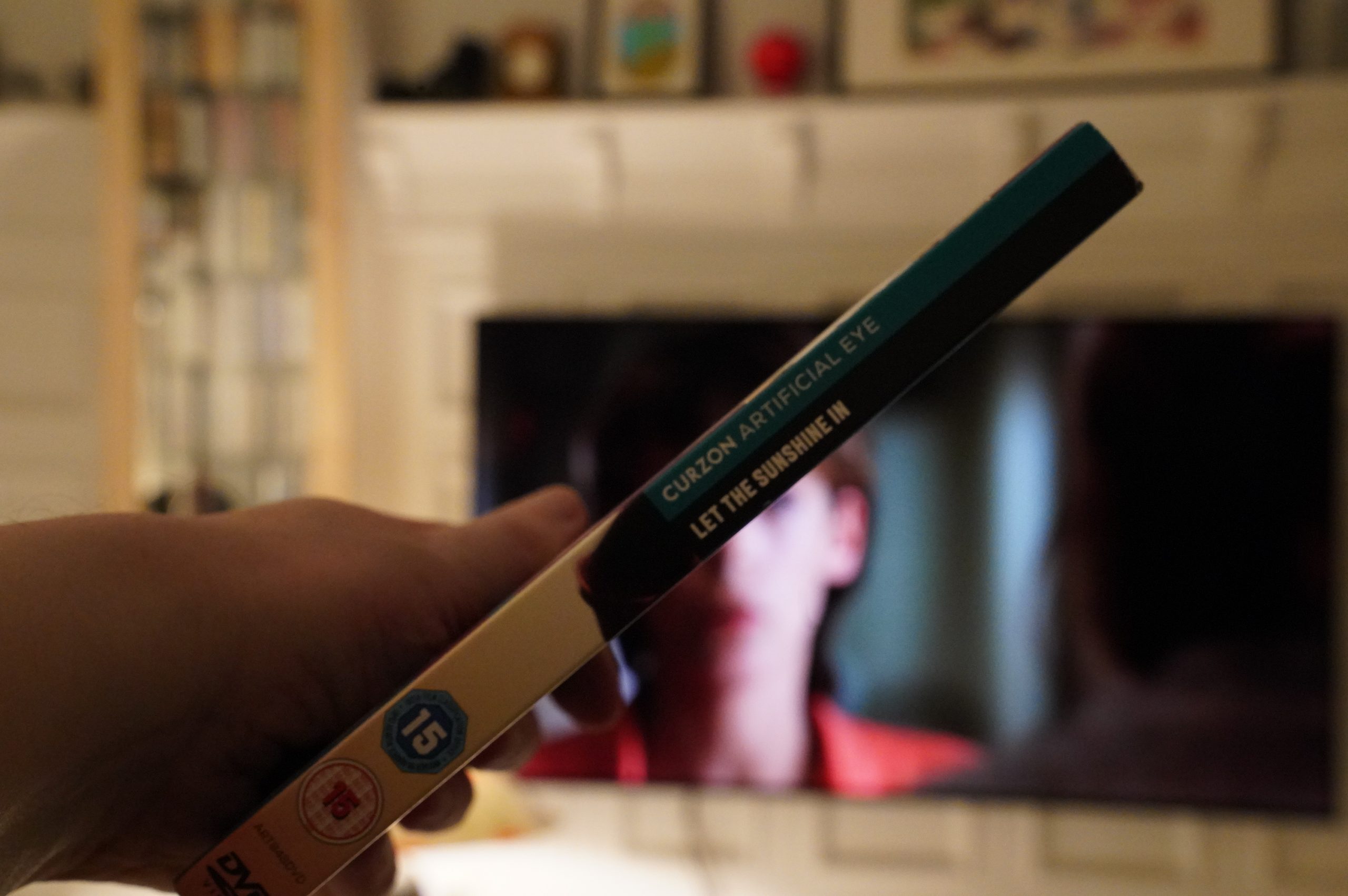 Curzon bought Artificial Eye in 2006 (after co-founder Andi Engel died), and they continued releasing good stuff. But perhaps with less of a noticeable focus?

Given that Cohen Media Group releases many of the same films as Curzon, Cohen said he believes the deal can herald “a new powerhouse in international distribution.” 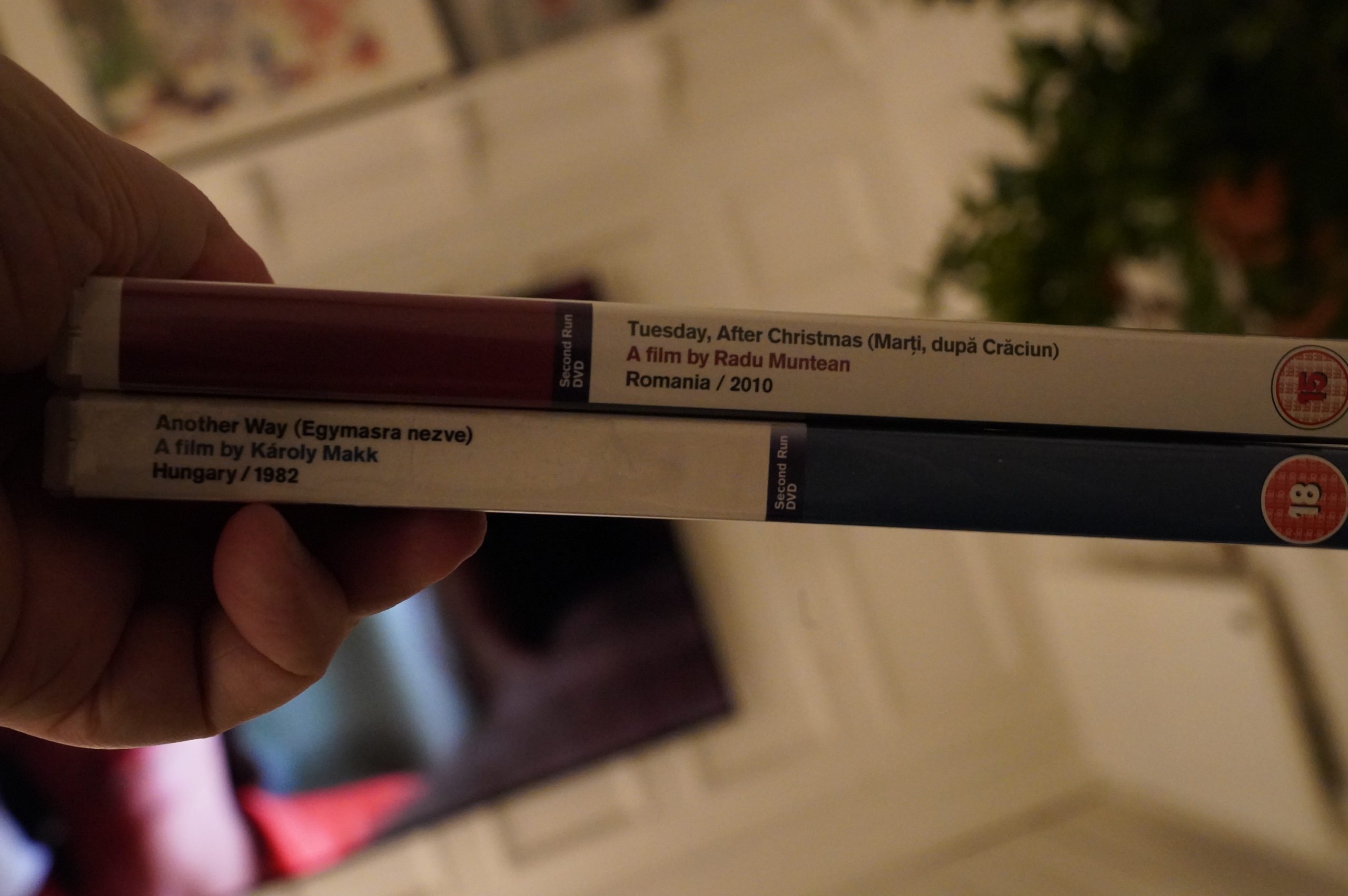 Second Run started in 2005 and have released a whole bunch of good stuff, concentrating mostly in European art movies. 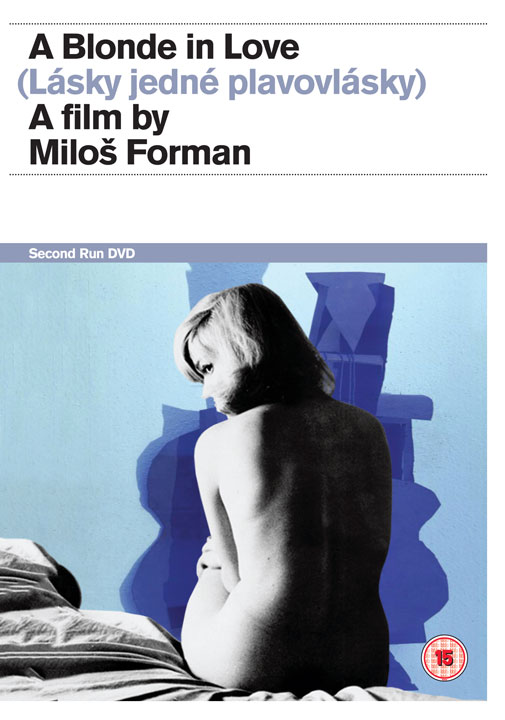 I really like their design aesthetics for the DVD covers, and of course, their selection. They stil seem to be going strong. *crosses fingers* 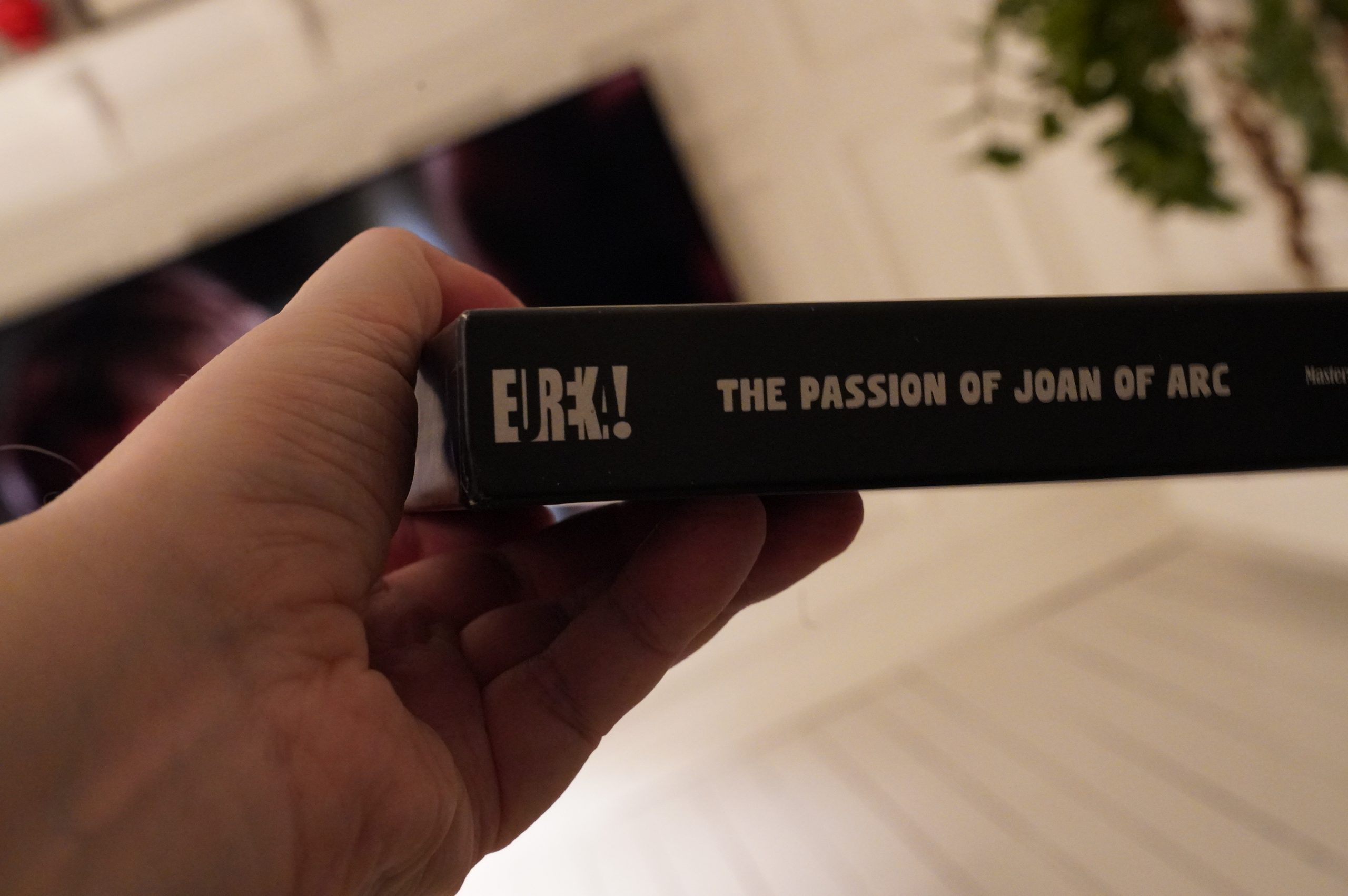 As somebody on Wikipedia puts it:

Masters of Cinema is a line of DVD and Blu-ray releases published through Eureka Entertainment. Because of the world-renowned films released within this collection, the uniformly branded and spine-numbered packaging and the standard inclusion of booklets and analysis by recurring renowned film historians, the line is often perceived as the UK equivalent of The Criterion Collection.

But they do release good stuff, that’s true. The branding feels slightly cheap, though, and like Criterion, a bit staid. 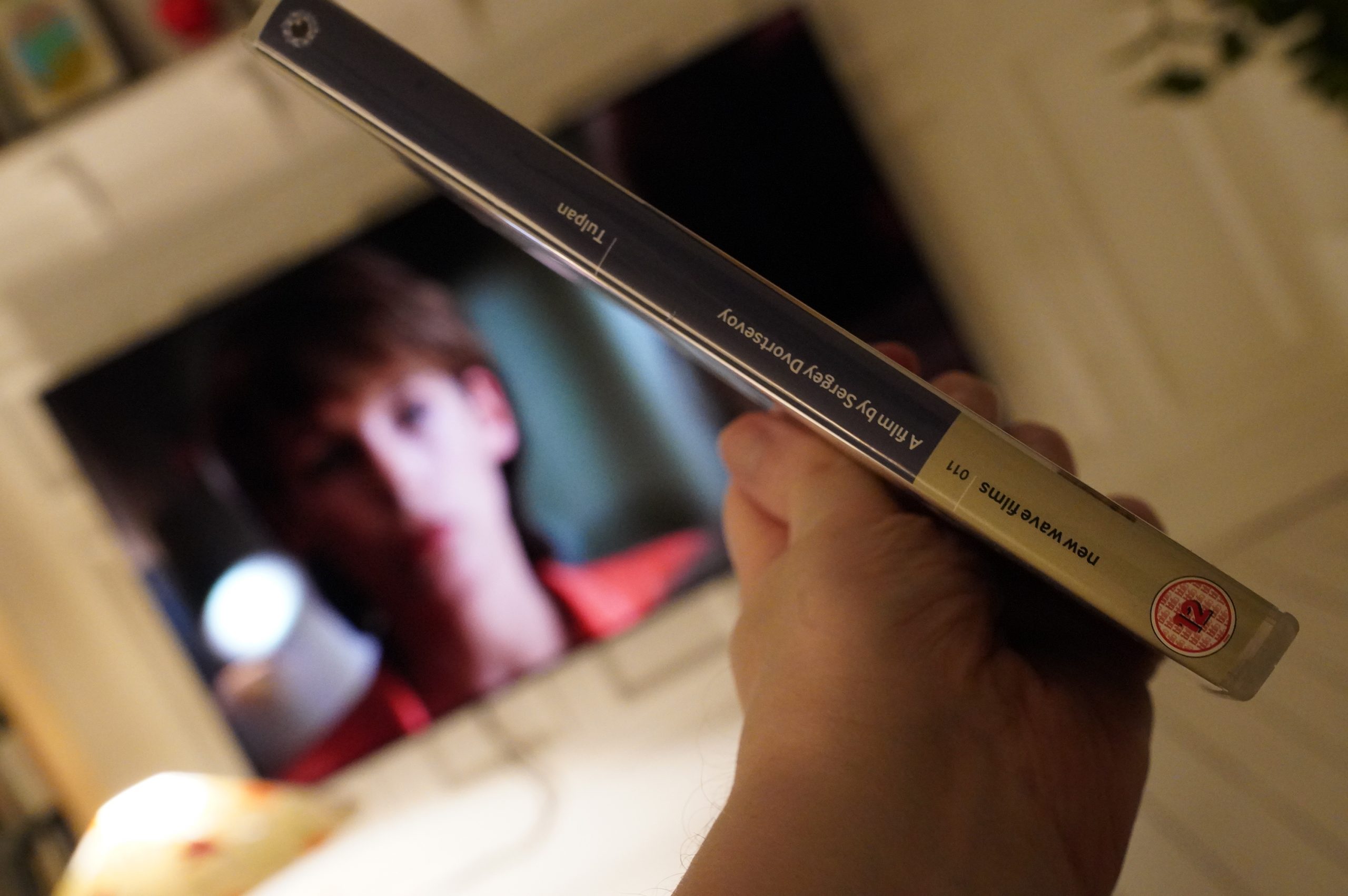 Another company with a name that’s difficult to google! This is the successor to Artificial Eye: After Curzon bought it, the people there started this company instead.

Unfortunately, it seems like they have bad distribution or something? I never seem to happen onto their releases, so I’ve only got a handful. Looks like a pretty good list, though. 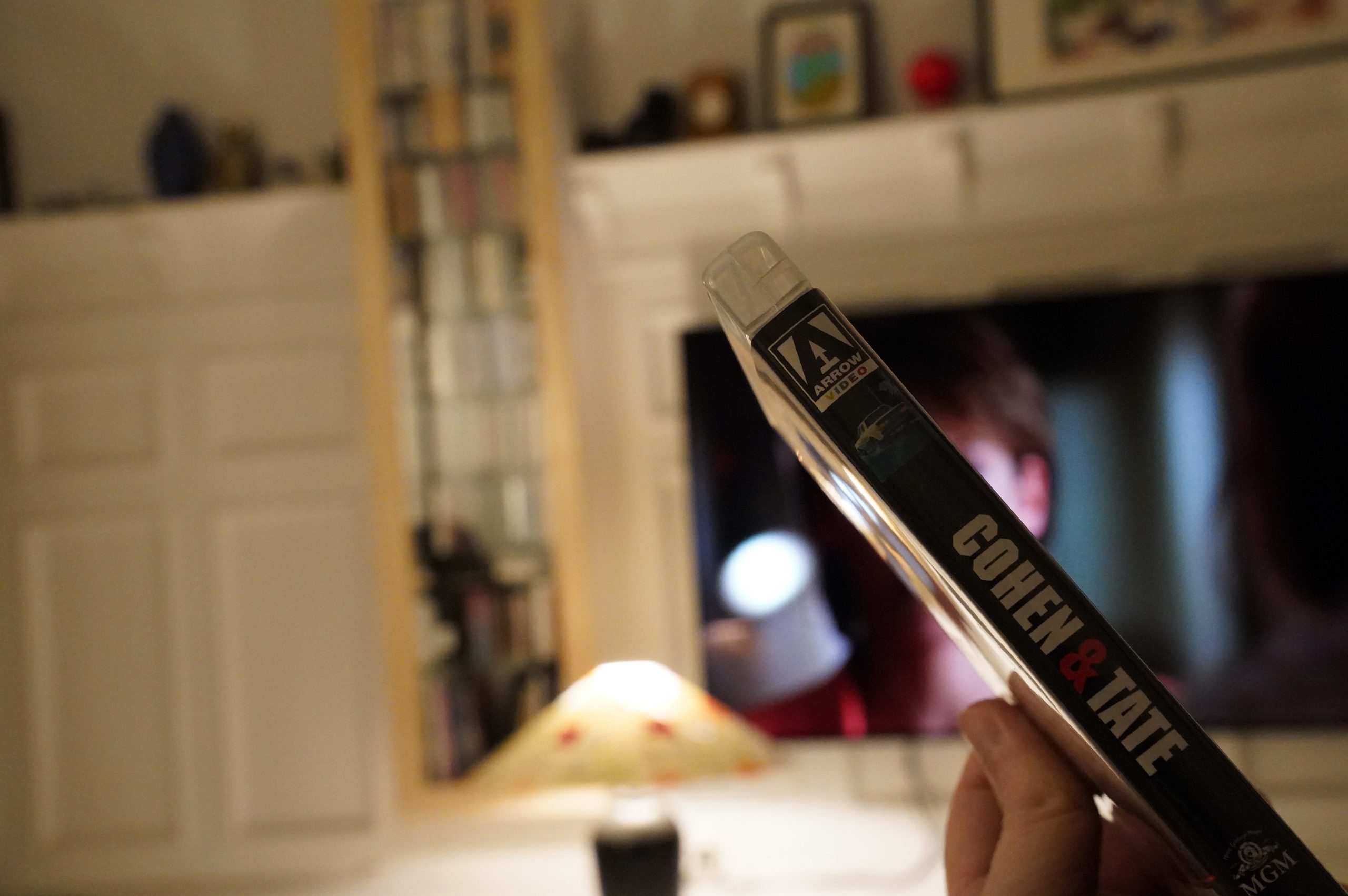 The history section on their wikipedia page puts it this way:

Arrow Films was established in 1991.

After the release of Zombie Flesh Eaters in 2012, film restorer James White stated that the label would try and revamp their brand to “focus on high-quality presentations of classic and cult cinema”. White has stated that prior to Zombie Flesh Eaters, the label had a less favorable reception and that “a lot of those criticisms were valid. But people should understand that Arrow weren’t personally responsible for those masters. They sub-licensed those titles from the rightsholders and it was either put them out with the masters they’d been supplied with or not release them at all. It’s an unfortunate position that a lot of independent labels find themselves in.”

So they used to release trash, but then they decided to start doing good stuff.

It’s still mostly trash, but some of the trash is good, so it’s worth having a peek at their list

So I think that’s basically the list of prominent distributors of art house movies. There’s a gazillion companies doing commercial and or exploitation movies, but that’s not really as… admirable? I mean, that stuff makes money anyway, so it’s harder to be fond of those companies. 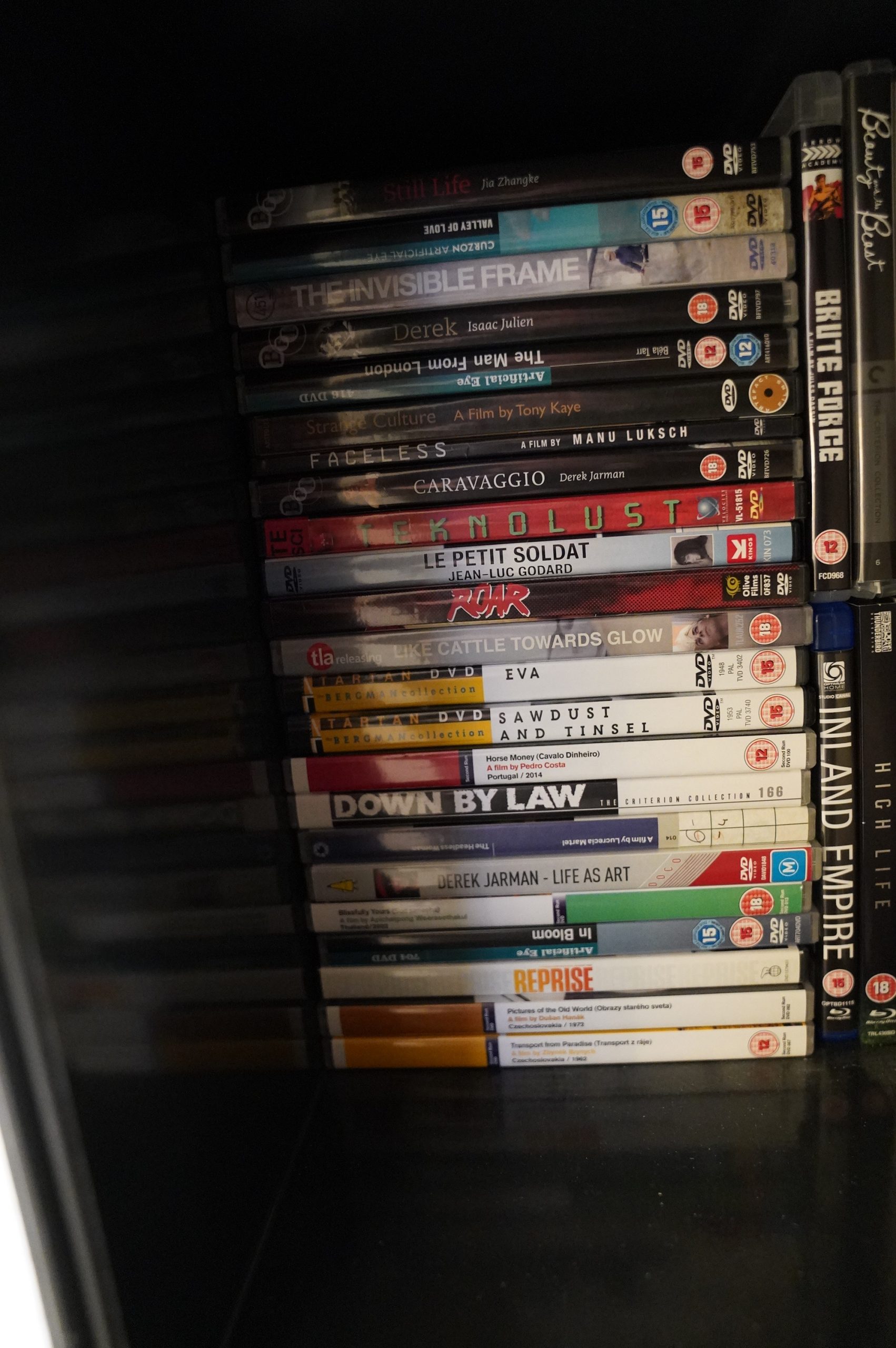 Did I forget anybody? Of course, there’s Canal+ and its offshoots: They seems to be financing half of European cinema, and co-release a huge number of DVDs and stuff, but… Uhm… StudioCanal? Is that Canal+ under a different name? Shout! Factory, perhaps, but it’s not a very focused selection…

Hey! While googling now, I found a most curious PDF… is this an internal document that says who’s already released movies in the UK? 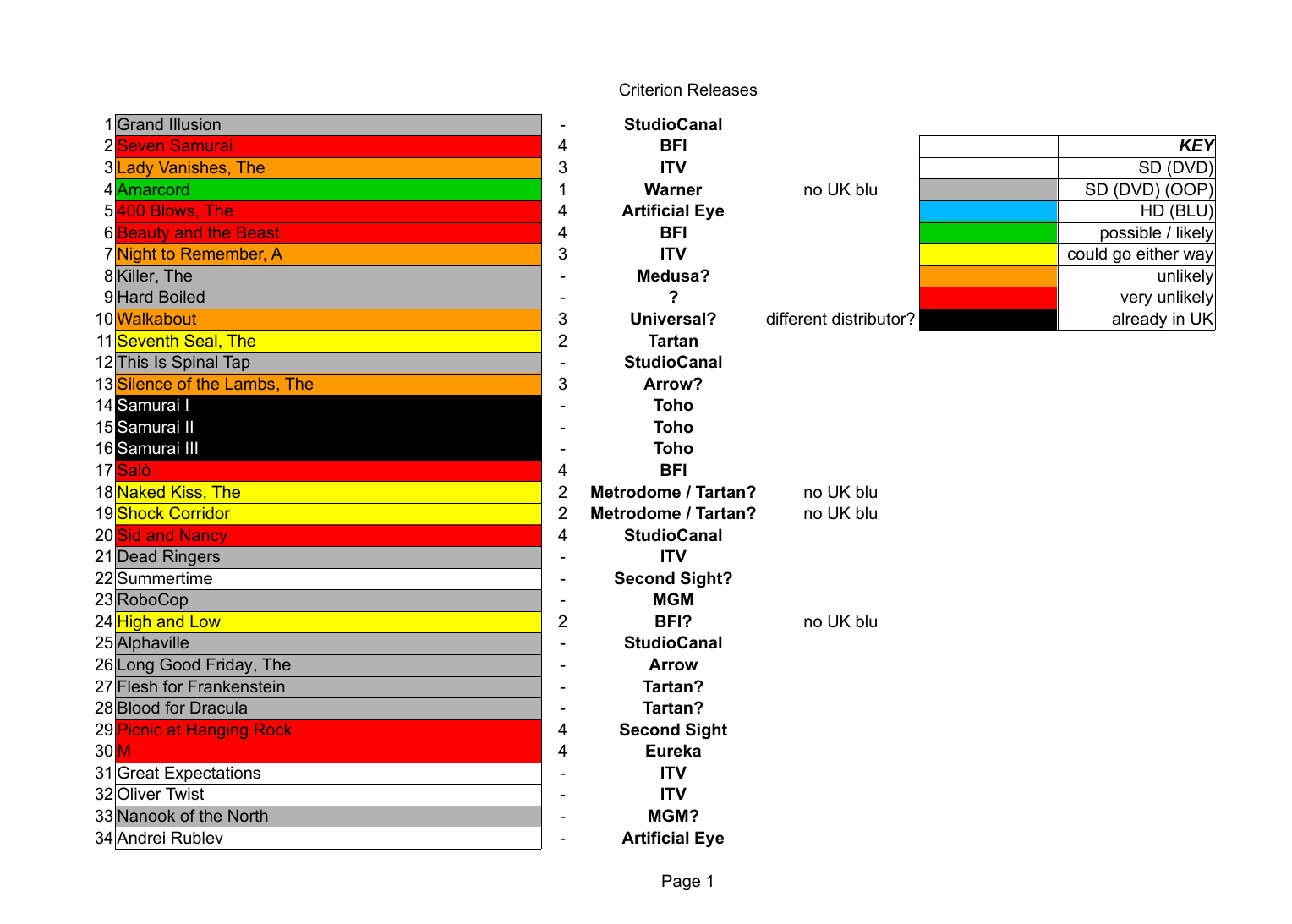 I think it kinda looks like it? So it’s a mapping from Criterion numbers to UK releases. Oops! Espionage!

Anyway, excepting Artificial Eye, I didn’t really manage to google up anything interesting about these companies, did I? Oh well: You just wasted all that time reading this. Hah!