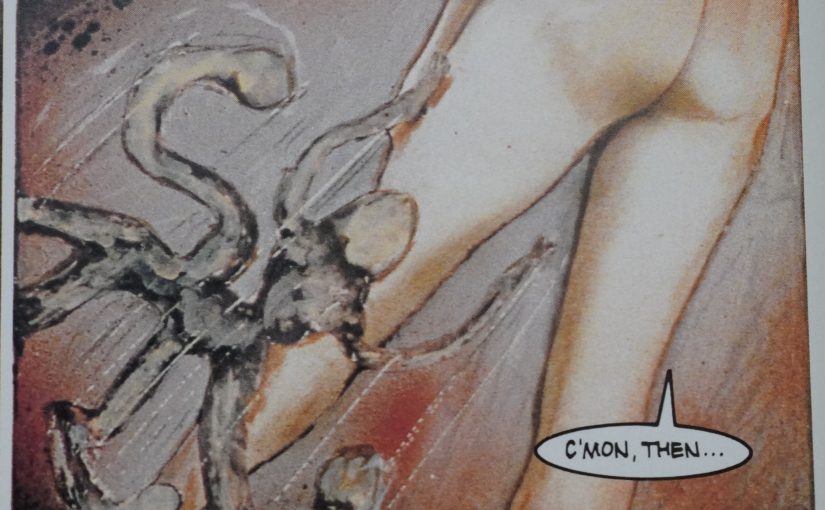 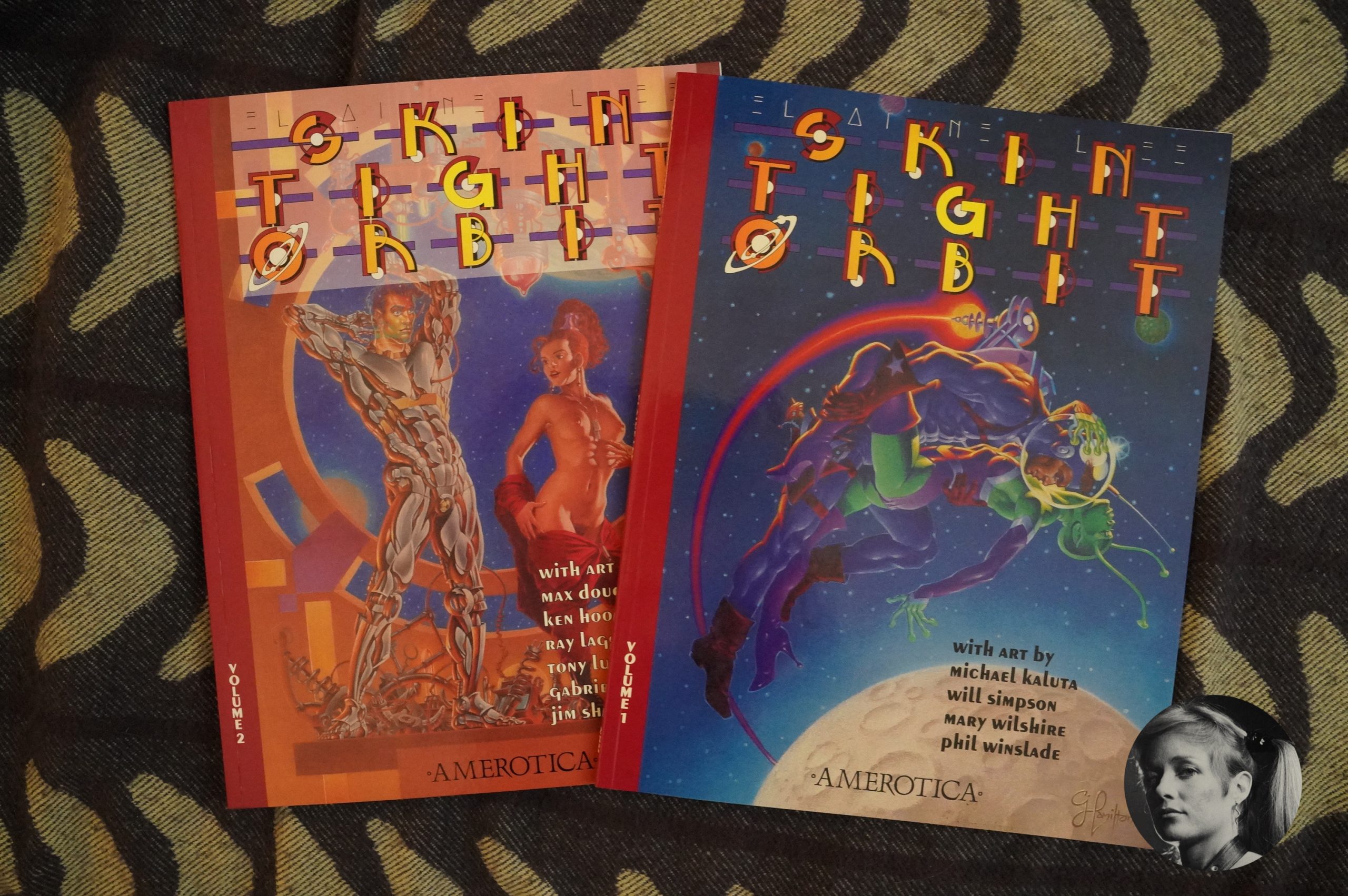 Some unfortunate things were published.

NBM was pretty much in the same boat, and they started their Eurotica imprint in 1991, and Amerotica in 1995 (yes, we were already in the next comics industry crisis now). 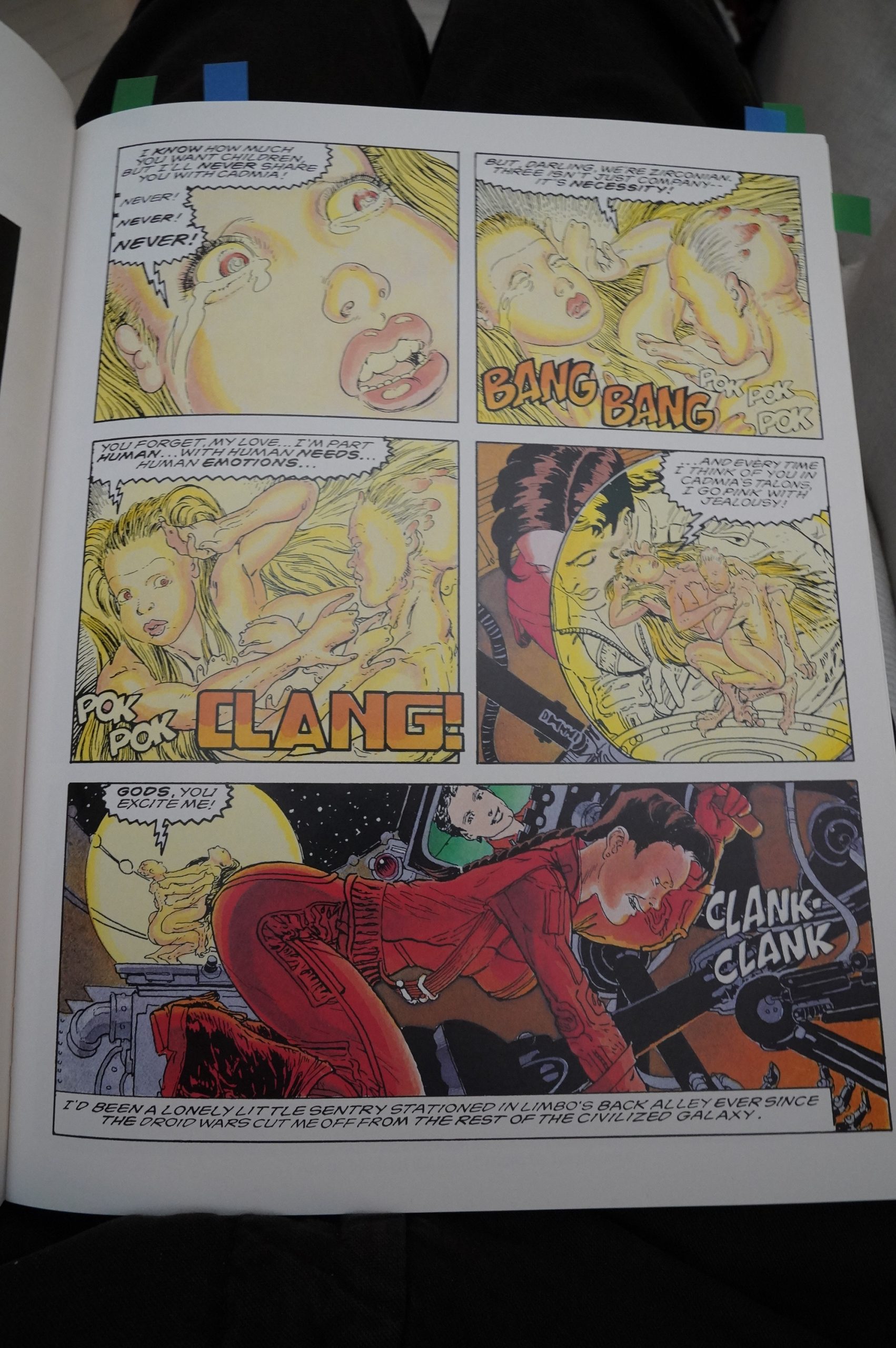 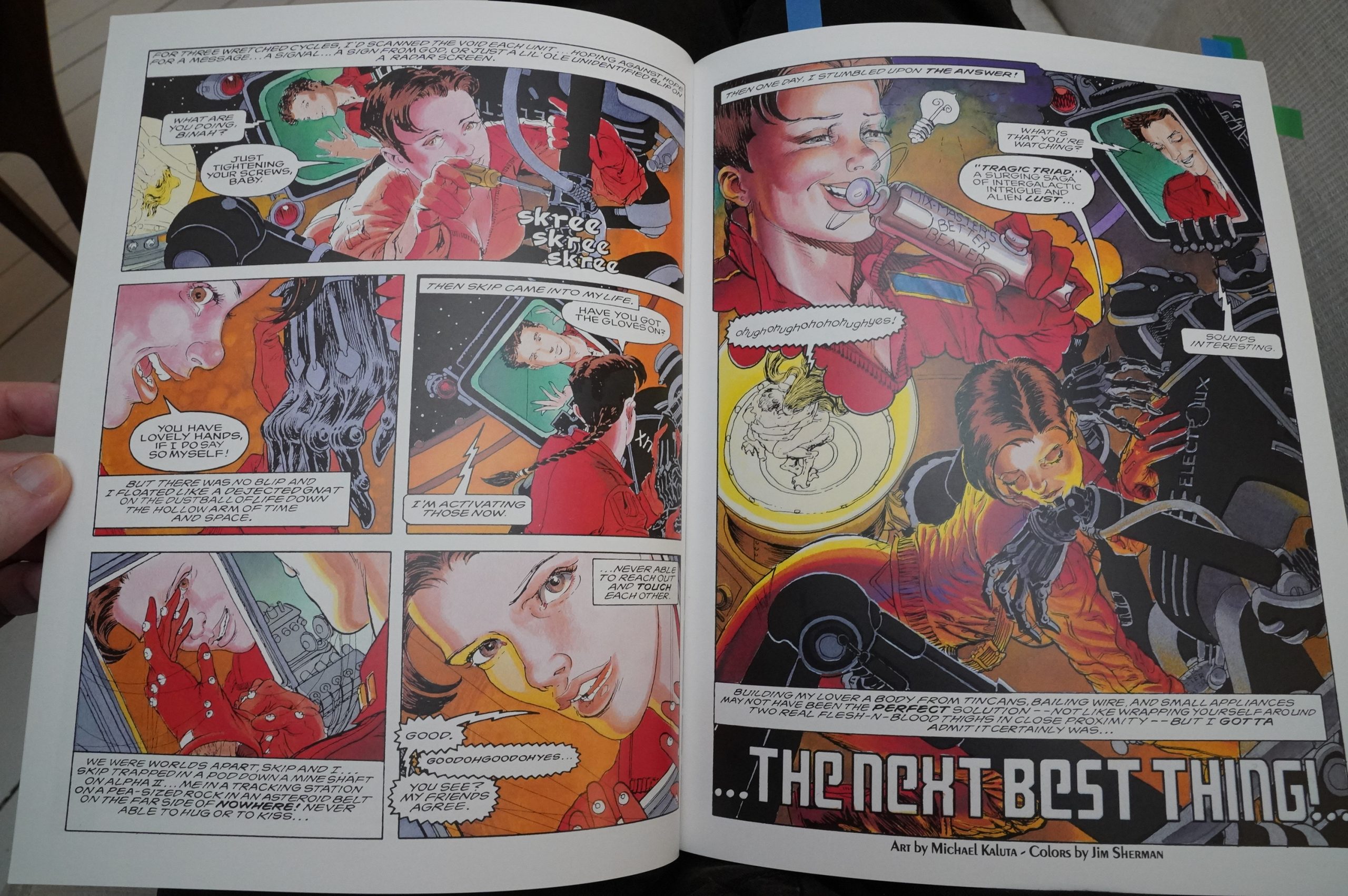 Well, this looks promising… it’s seems like it’s going to have some humour, and best of all, it’s sci-fi.

But is that really William Michael Kaluta!? I couldn’t tell at all from looking at the artwork; it’s the least Kaluta-like Kaluta artwork I’ve ever seen.

(The story ends with a pretty obvious twist ending, but it’s well told.) 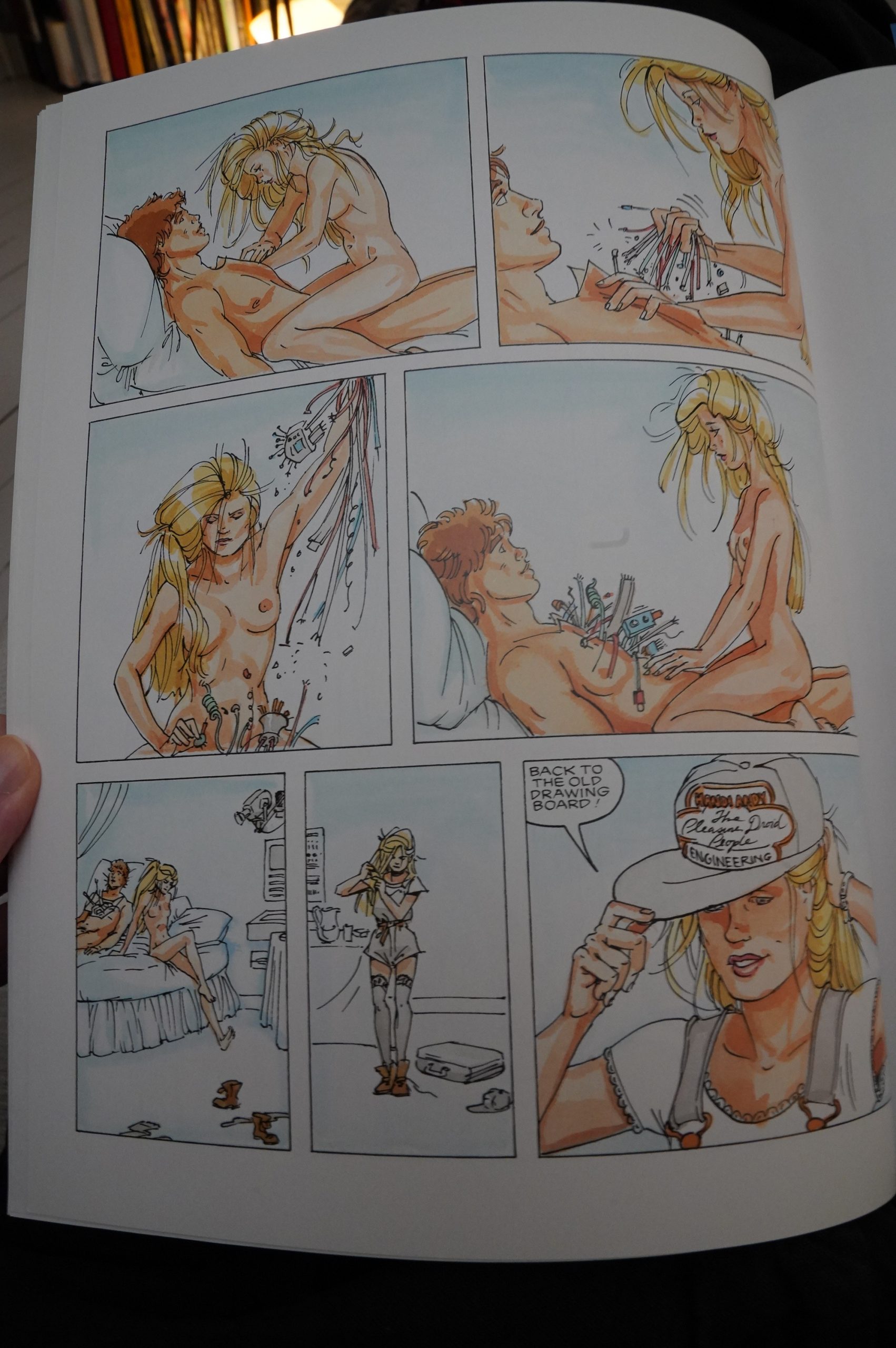 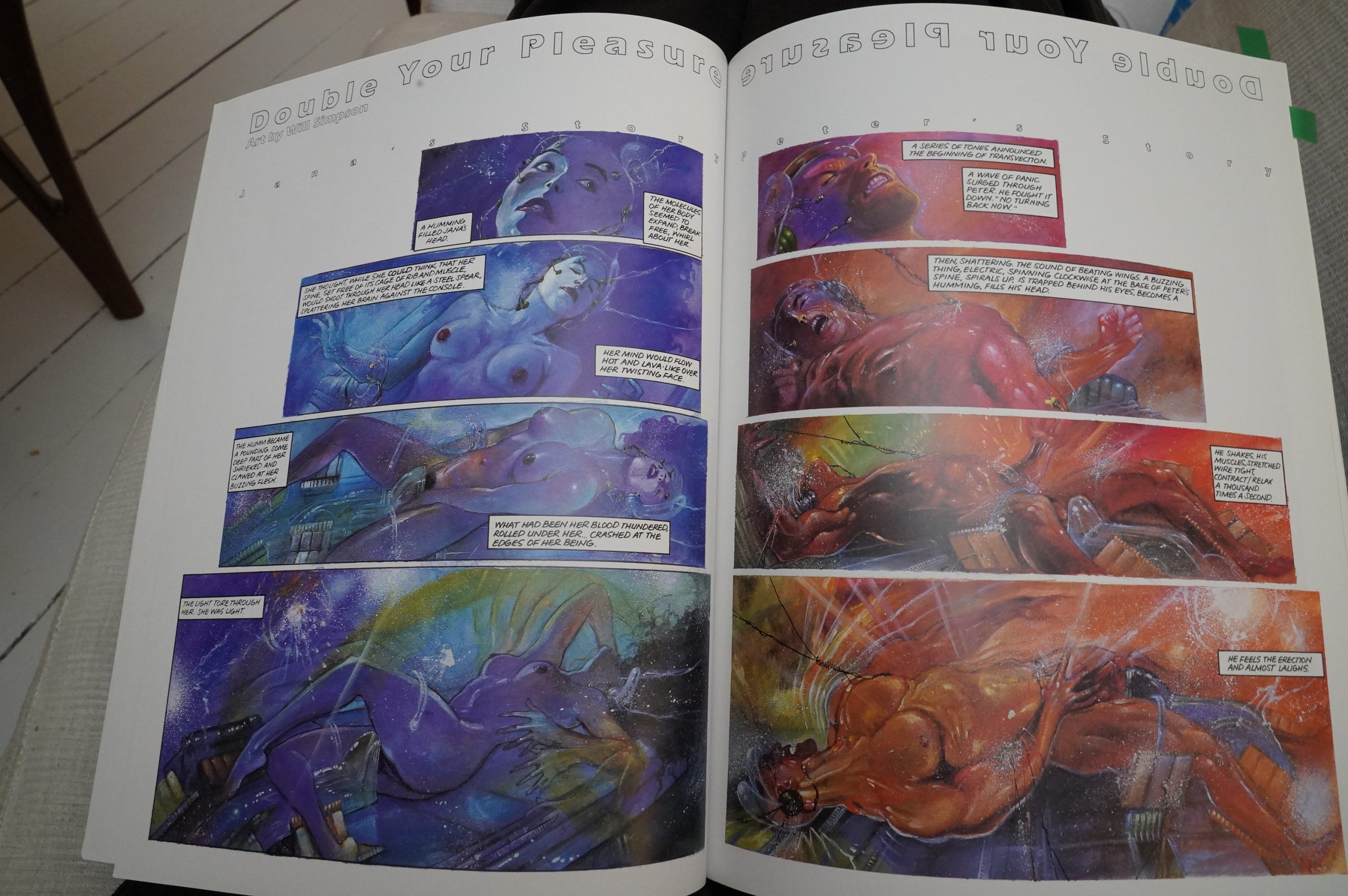 Will Simpson illustrates a story about two er astronauts that change bodies: Her mind in his body and the opposite. 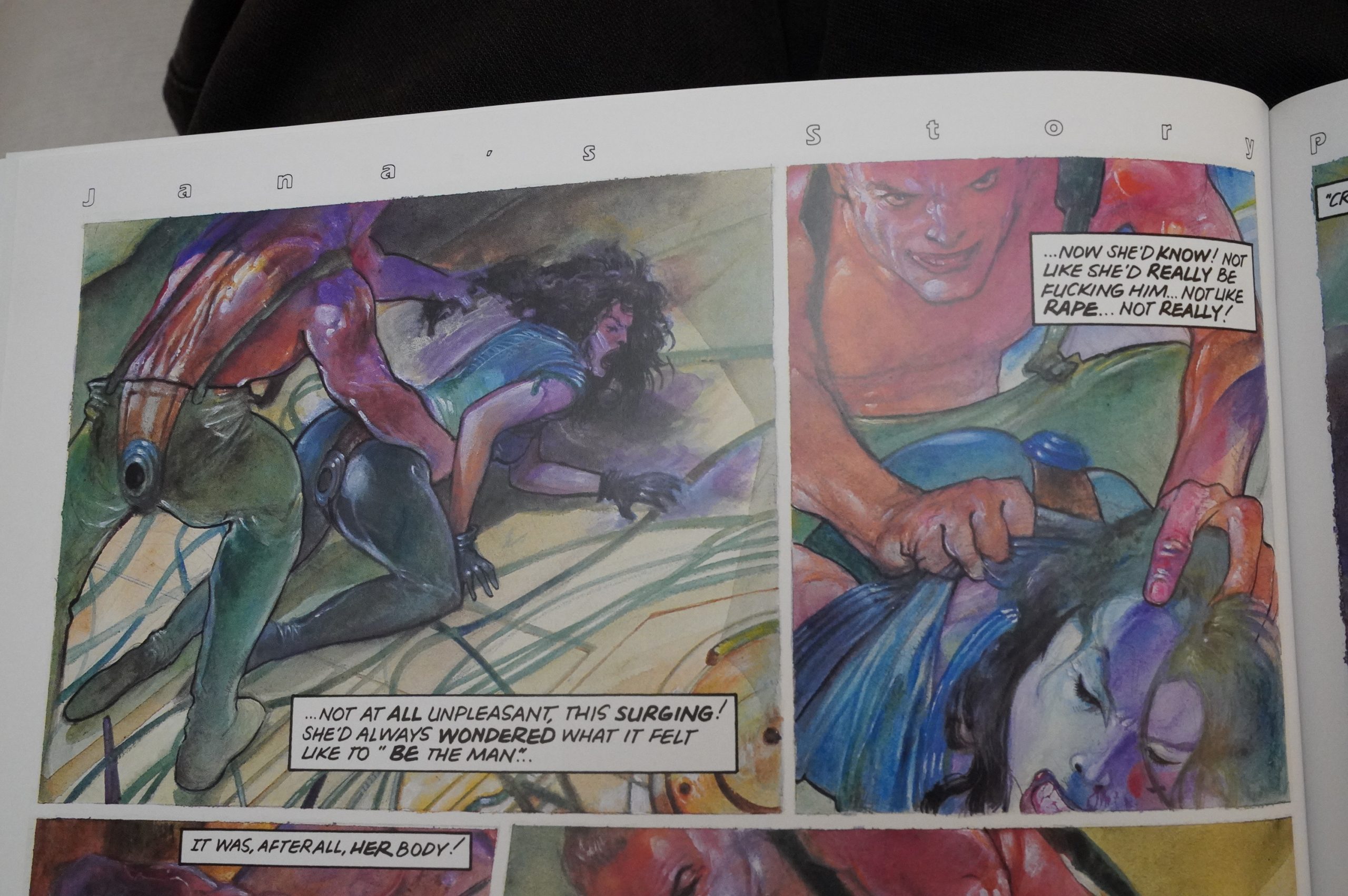 It ends with a horrific rape and murder.

Here’s what the back cover says: 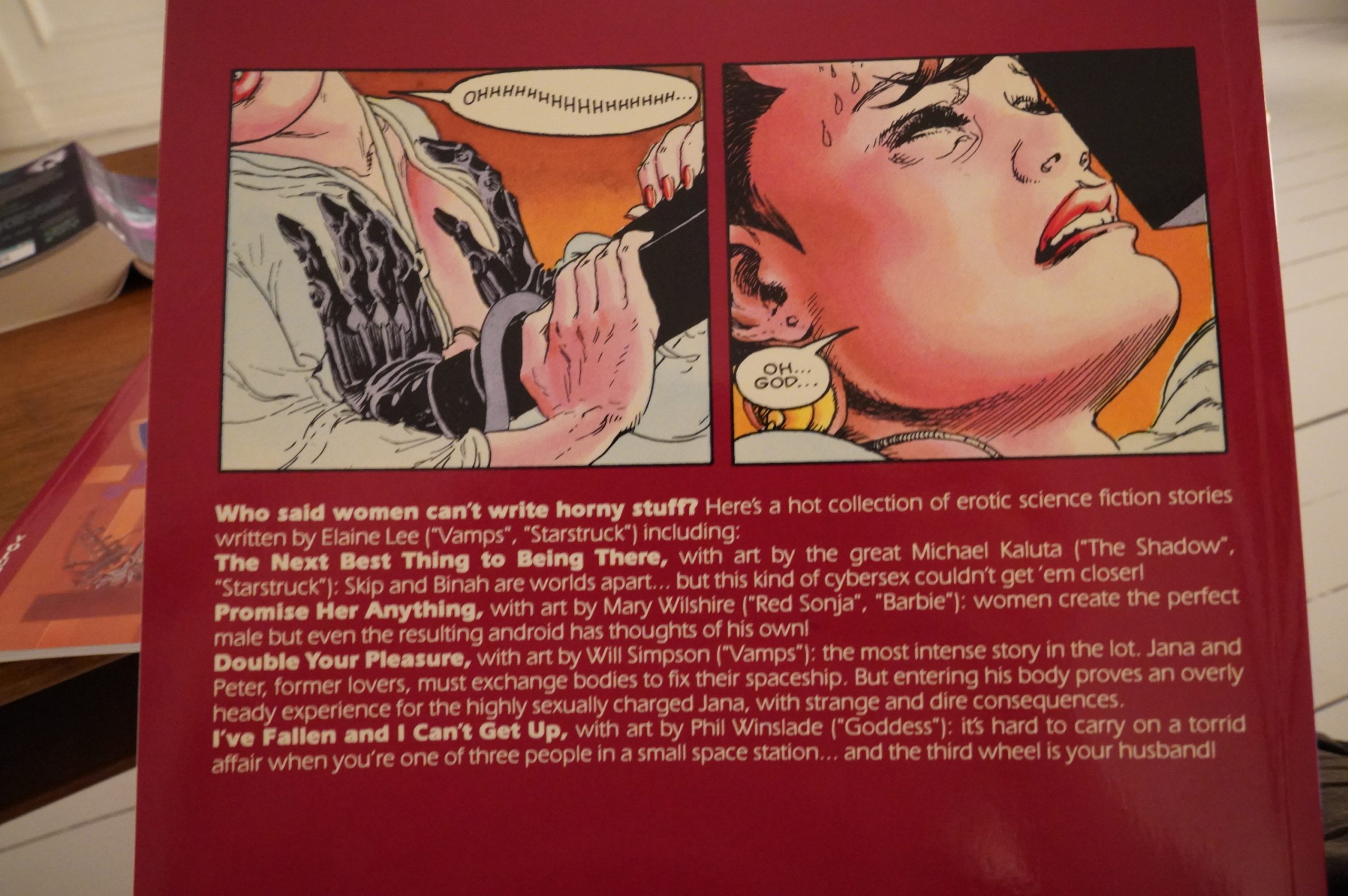 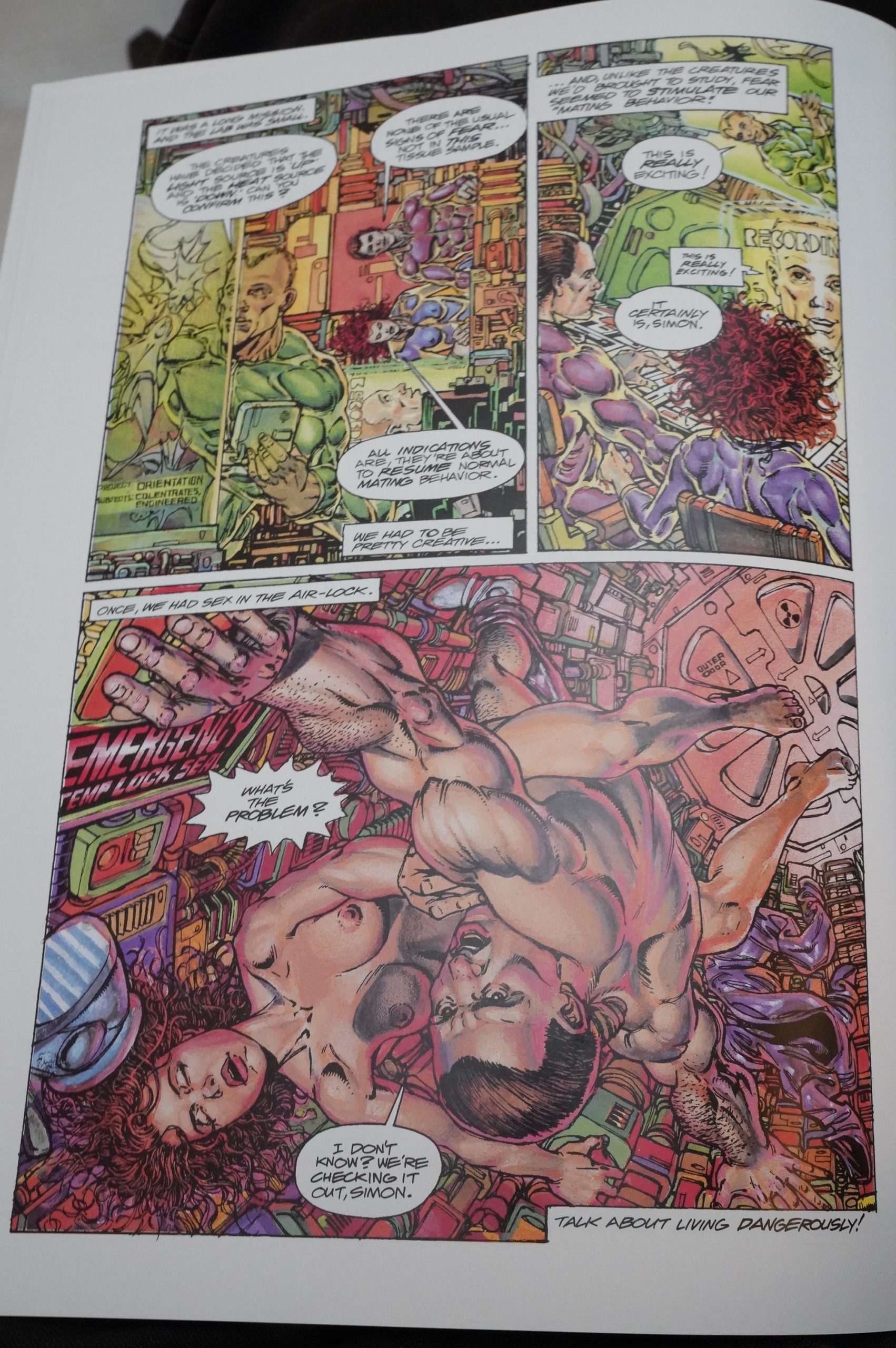 Phil Winslade’s artwork gave me a brain aneurysm, but is actually quite porny and was originally printed in Heavy Metal (while most of the other stories seem to be made especially for these books). Well… quite porny except for the horrific ending. 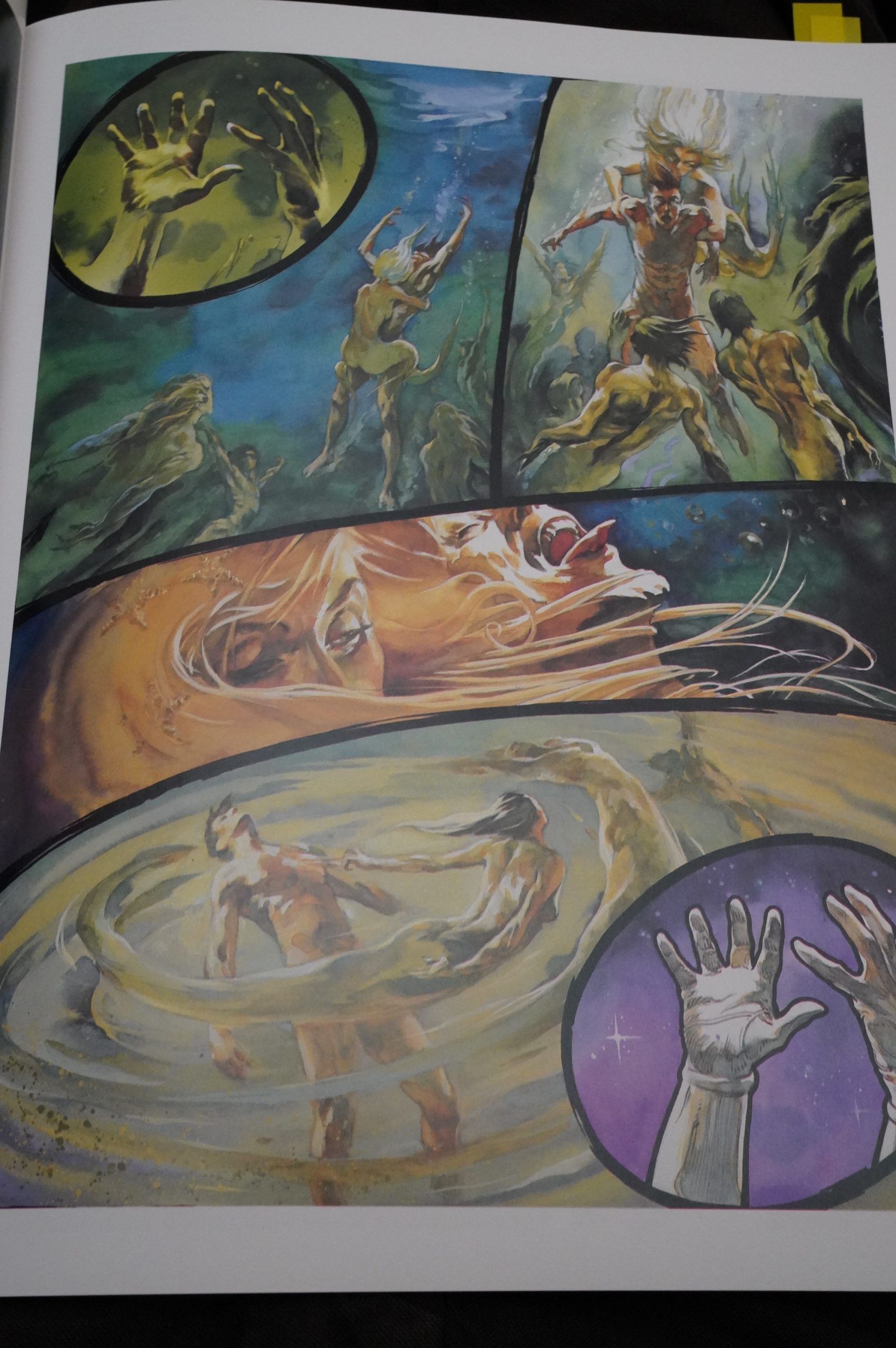 I think it’d be easier to classify these books as sci-fi horror instead of erotica. A fair number of them are gruesome, or at least ambiguous, like this Ray Lago-illustrated story about a guy dying from oxygen deprivation (I think that’s what was going on). 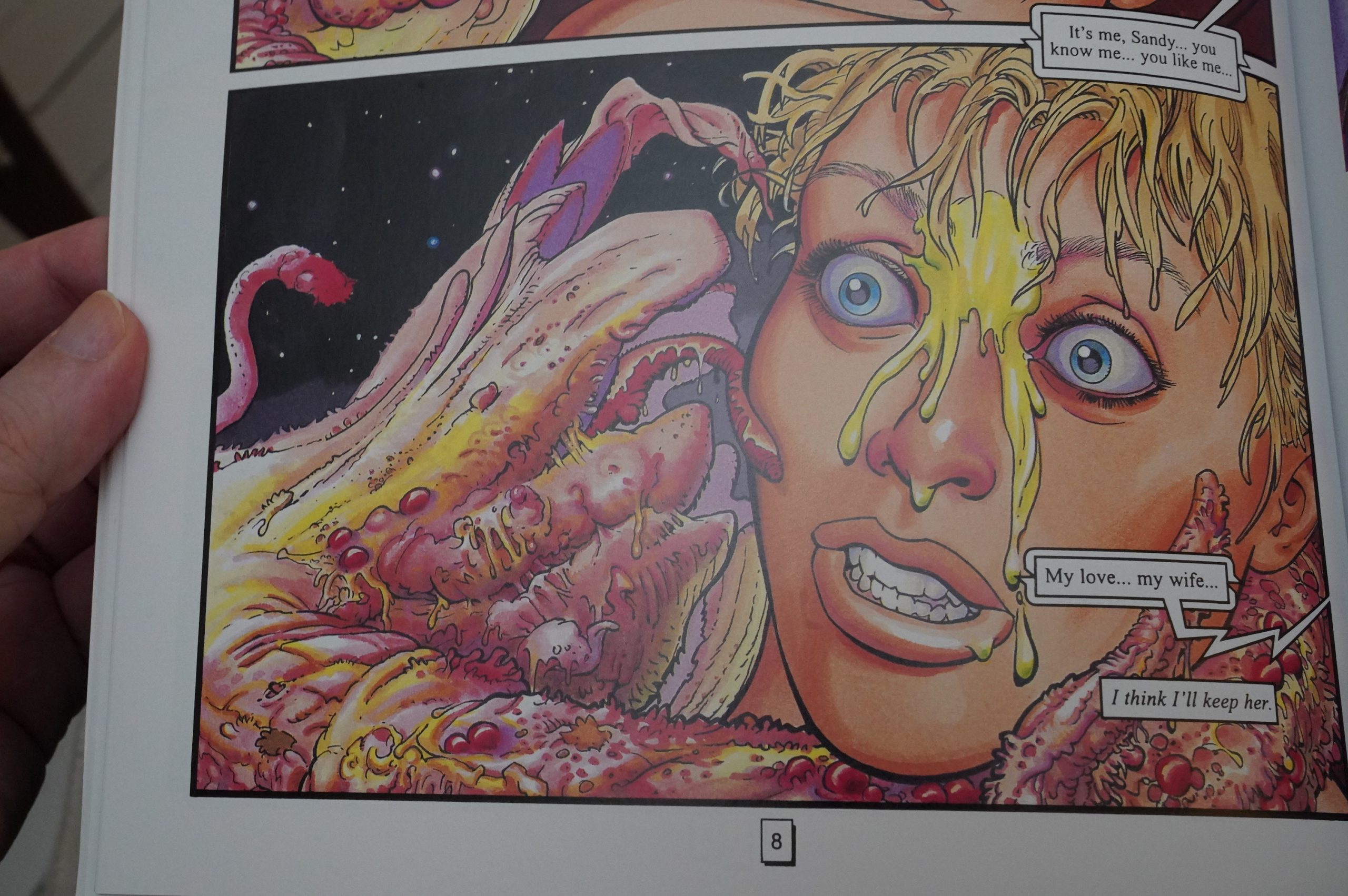 Perhaps the most gruesome of them all is this Jim Sherman-illustrated story of slimey tentacle rape… and that’s the final panel: This is tentacle rape for all eternity. 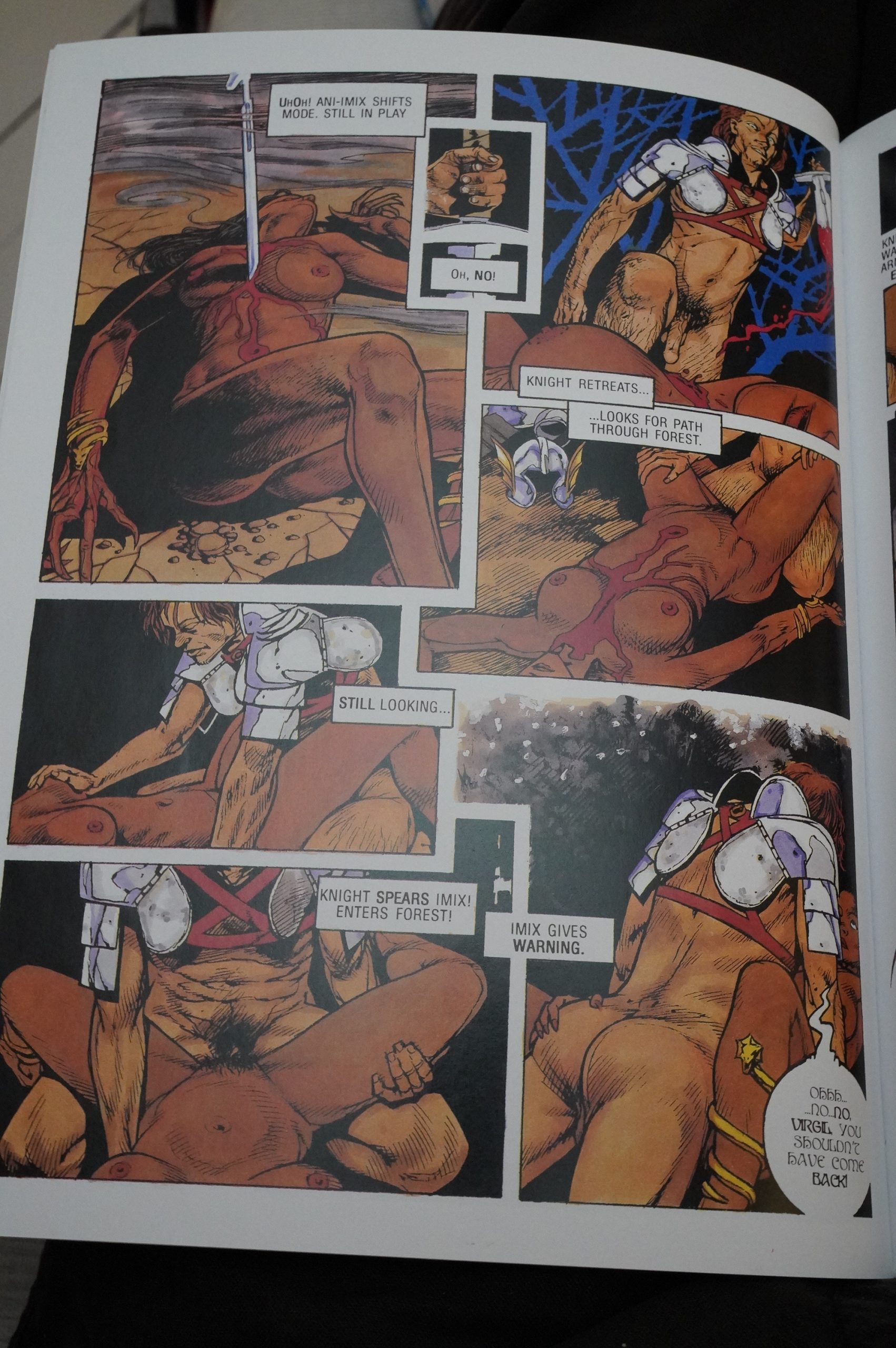 Several of the stories are about virtual reality/gaming. Above we have a guy in a VR suit living out his sex/accidental necrophilia dreams, apparently… 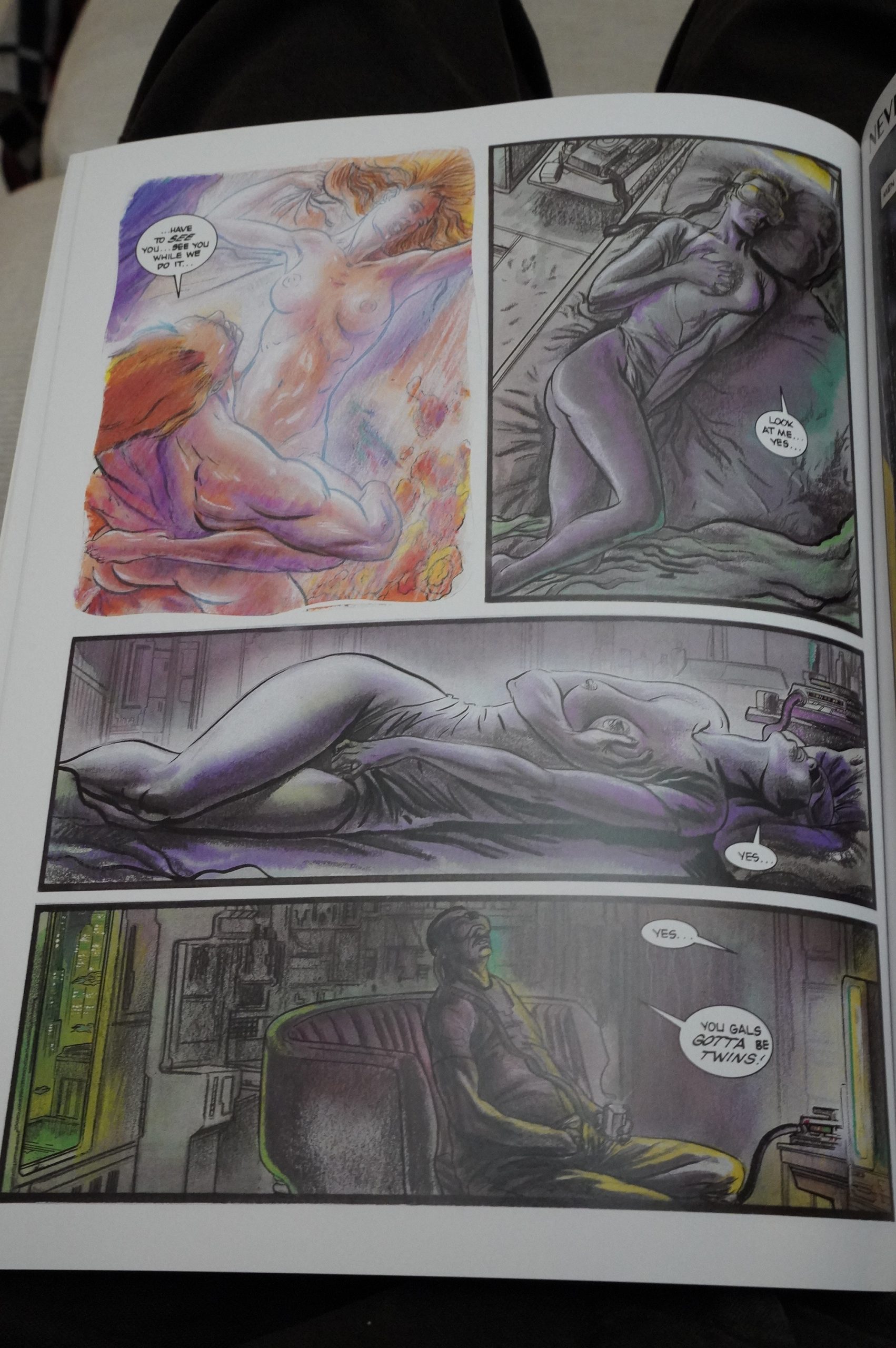 We have one very sad married couple, each with their own VR setup. 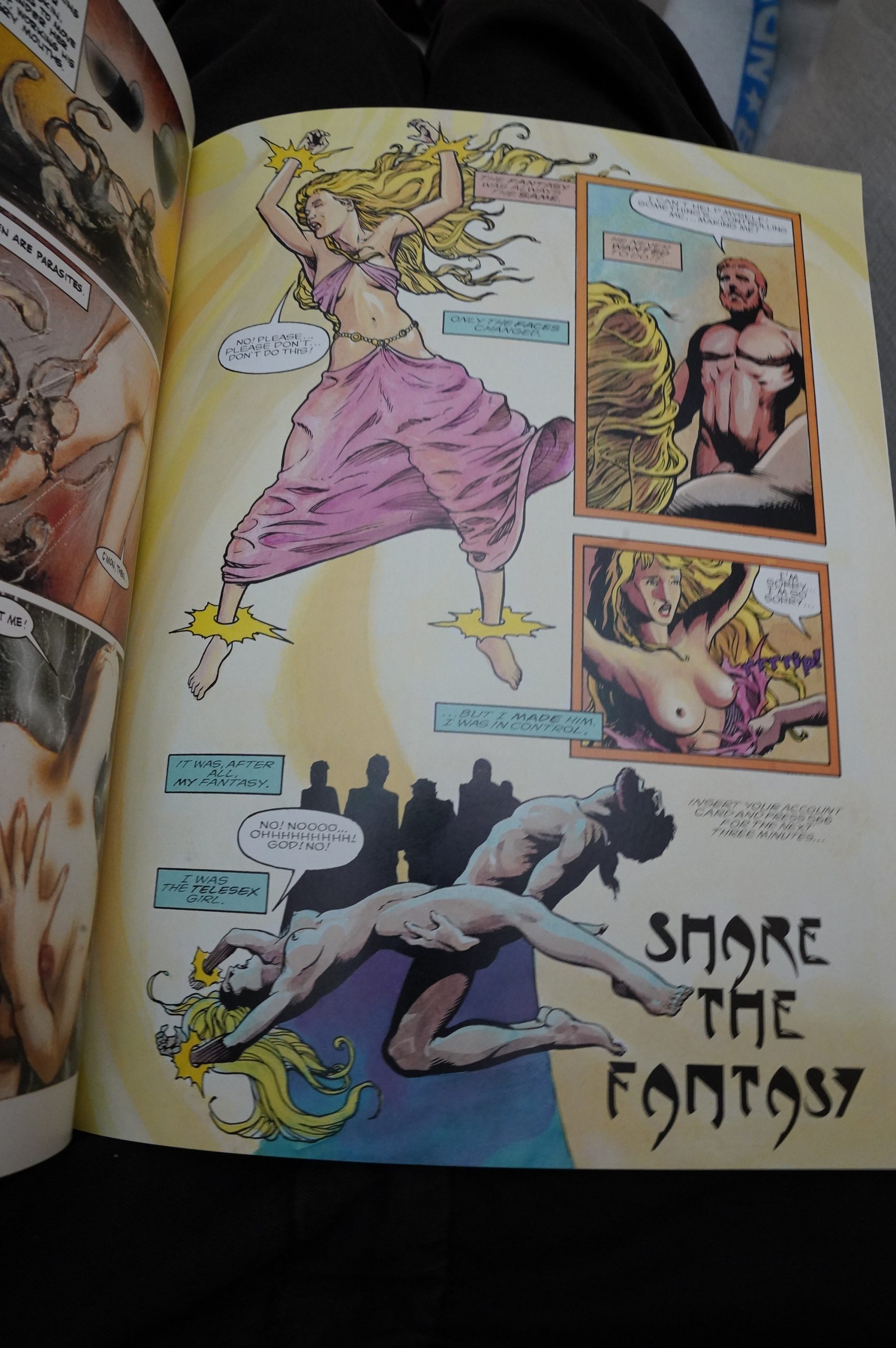 And one with a VR sex worker, who has as a speciality forcing the men who pay her to rape her (in VR, of course). 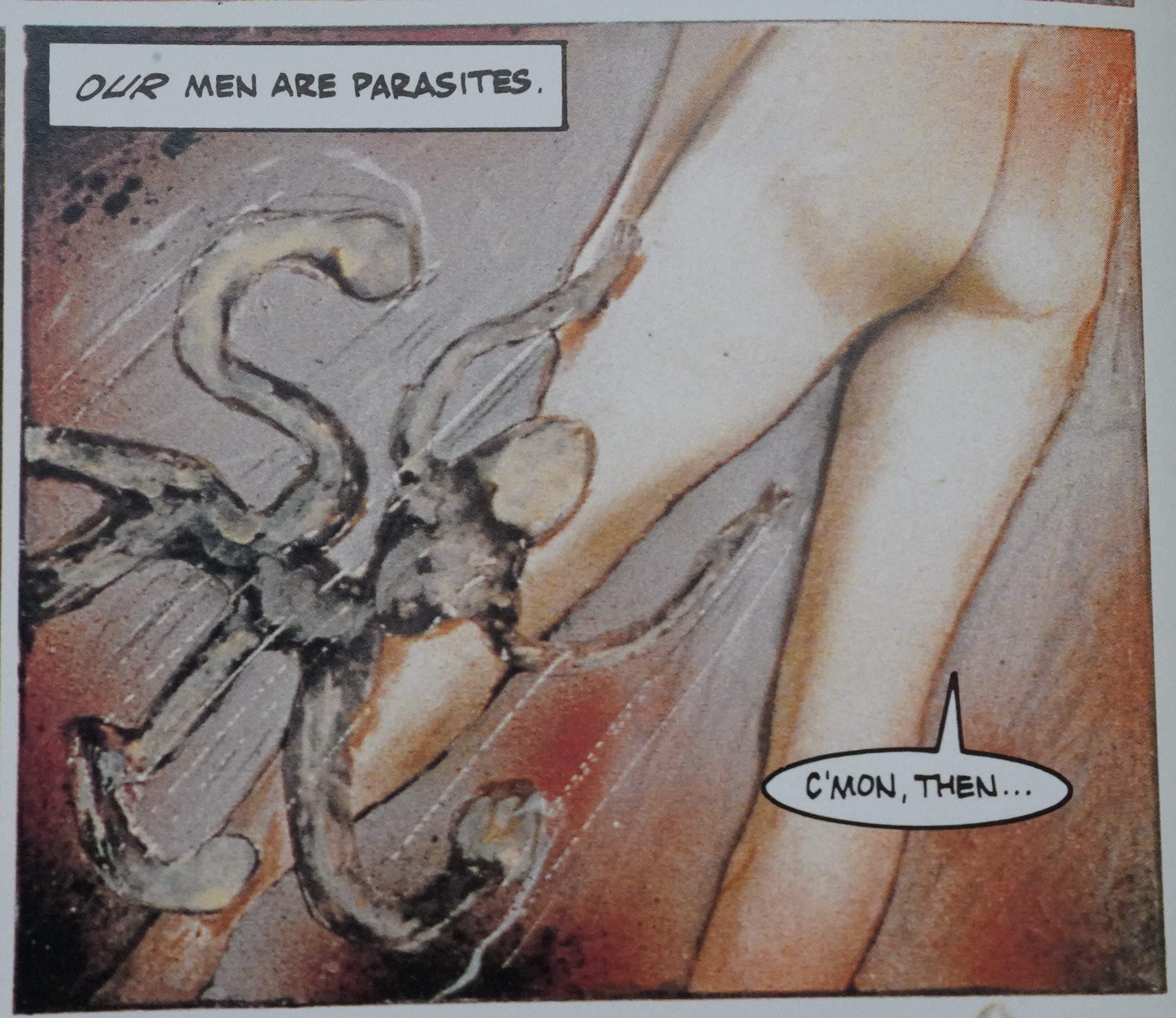 But… c’mon. It’s a horror anthology. It probably wouldn’t have sold any copies if marketed as that, so I understand why NBM marketed it as an Amerotica book.

The books have never been reprinted, apparently, and I’m unable to find anybody on ver interboobs that admit to having read them.