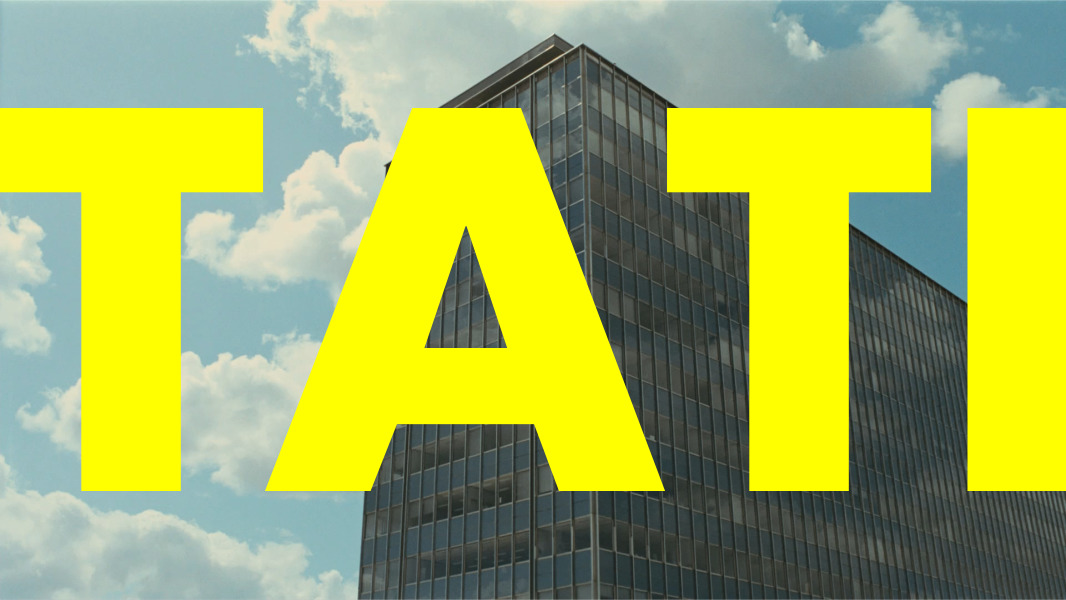 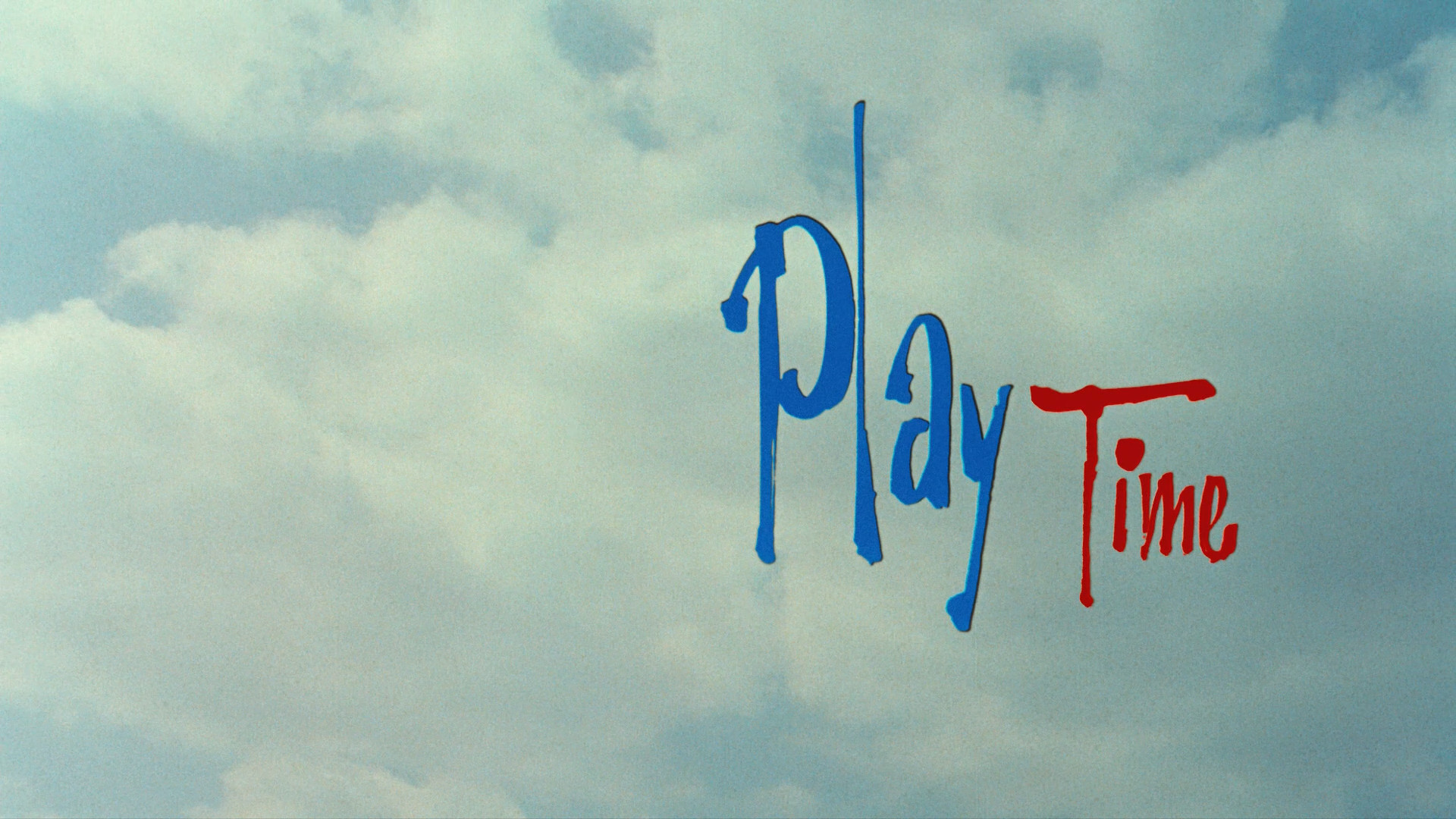 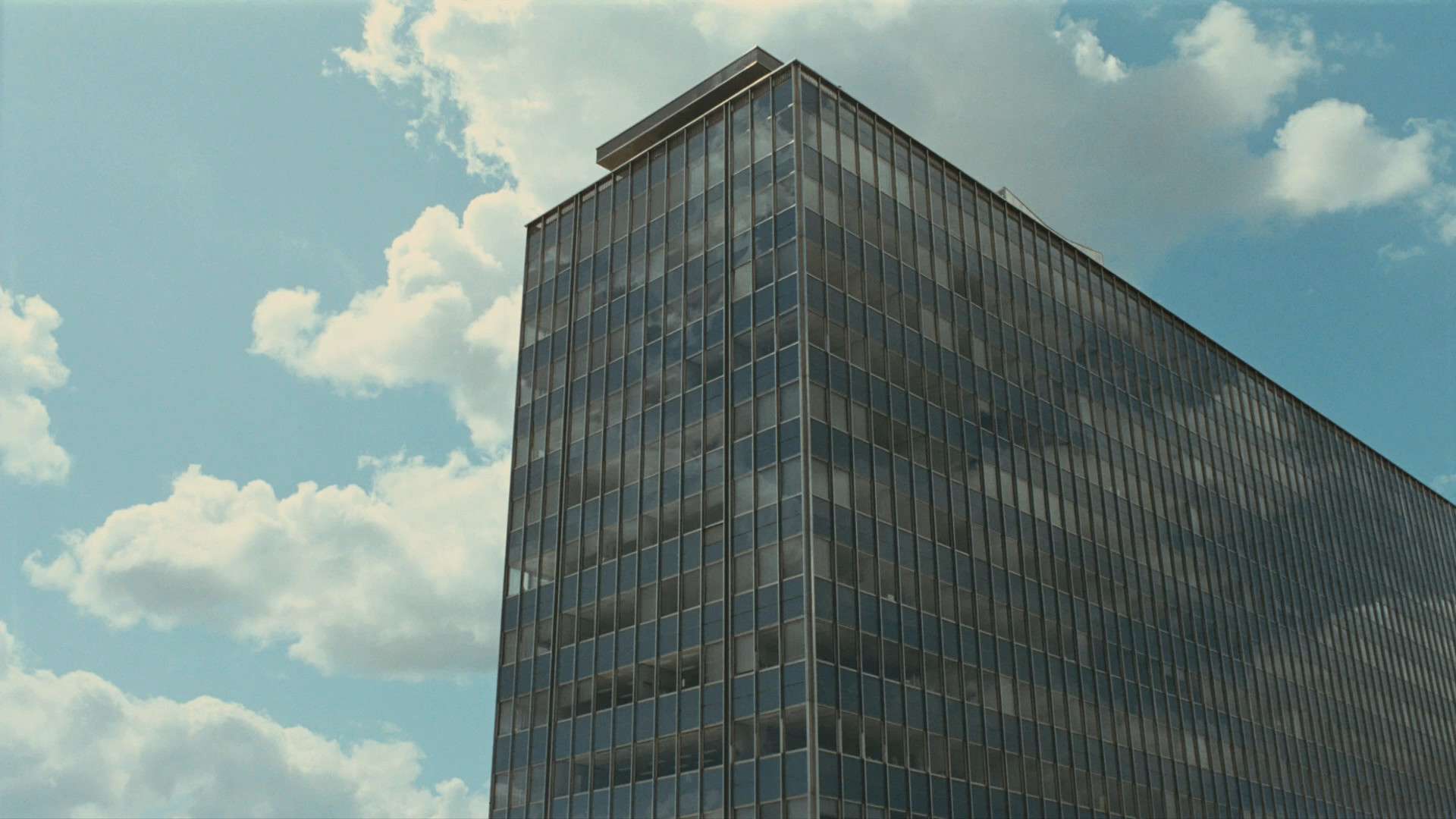 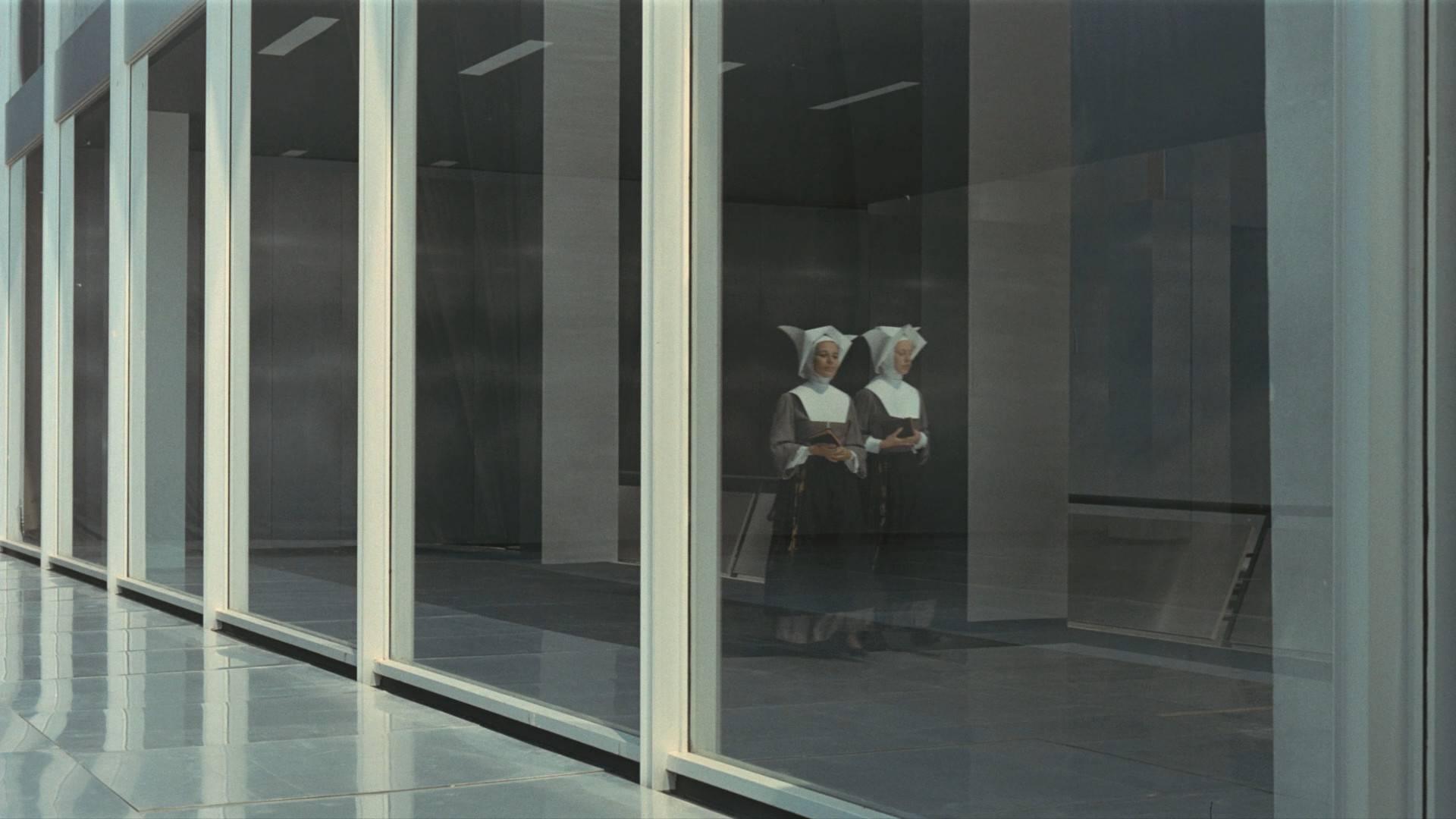 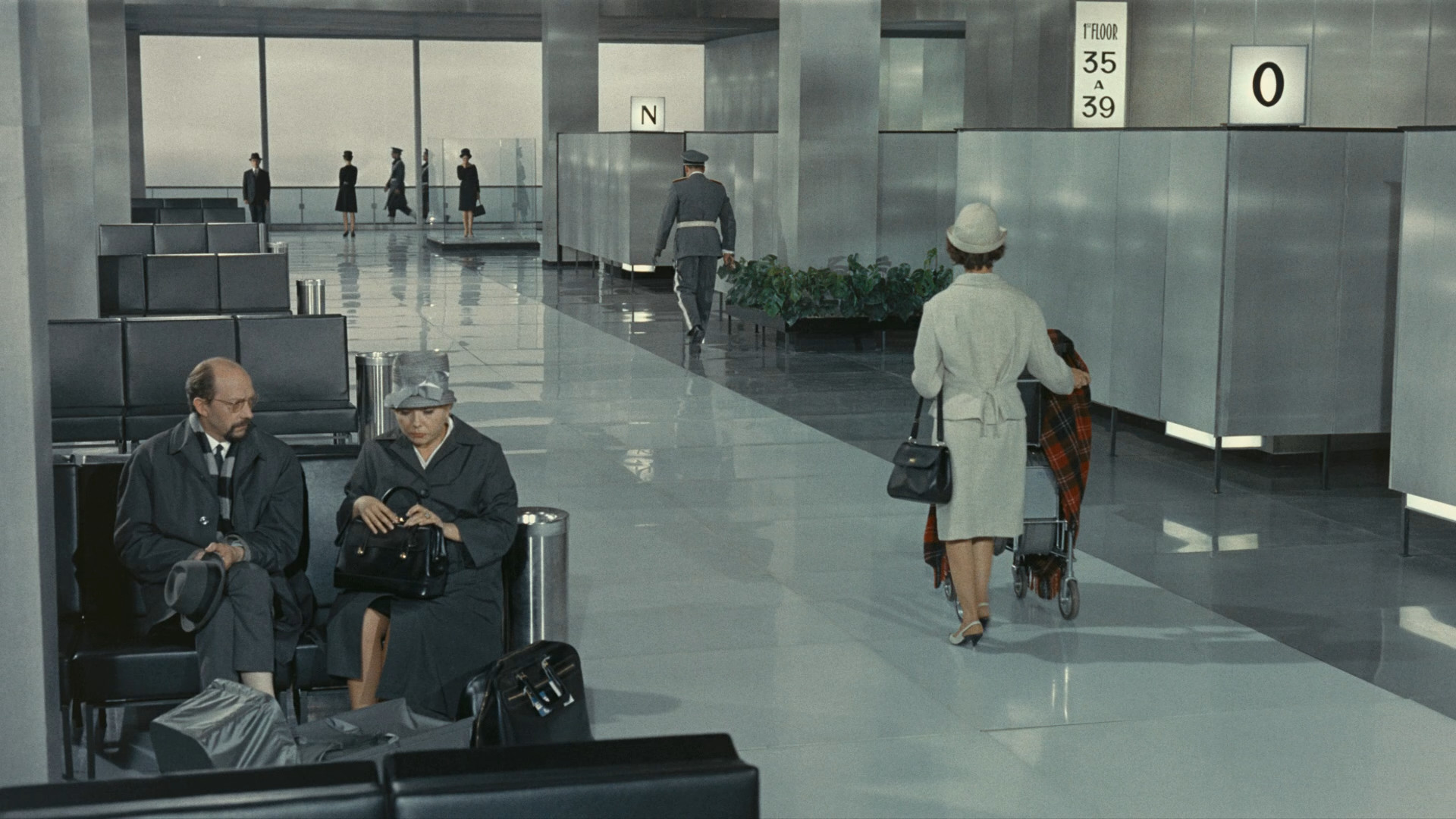 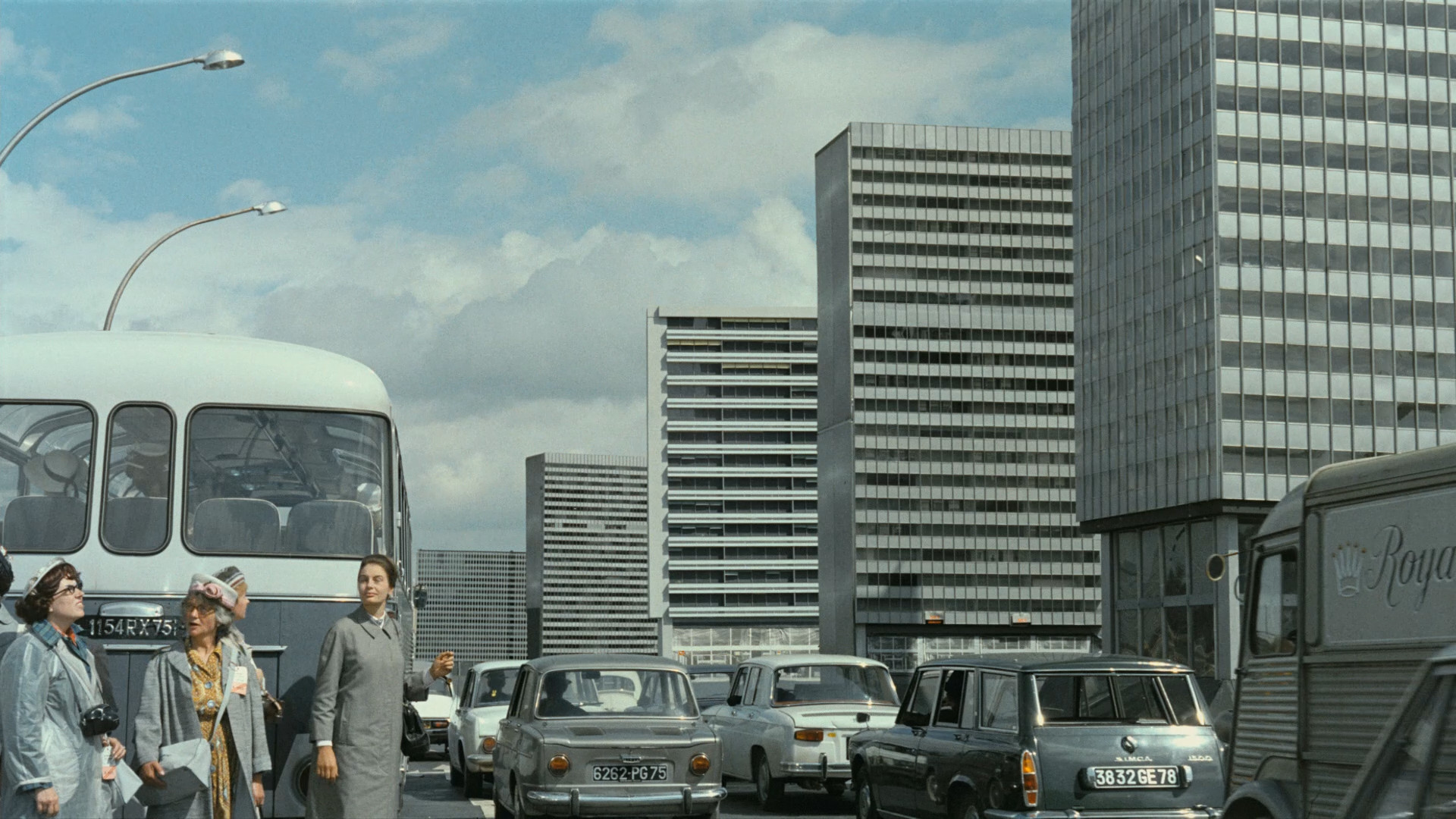 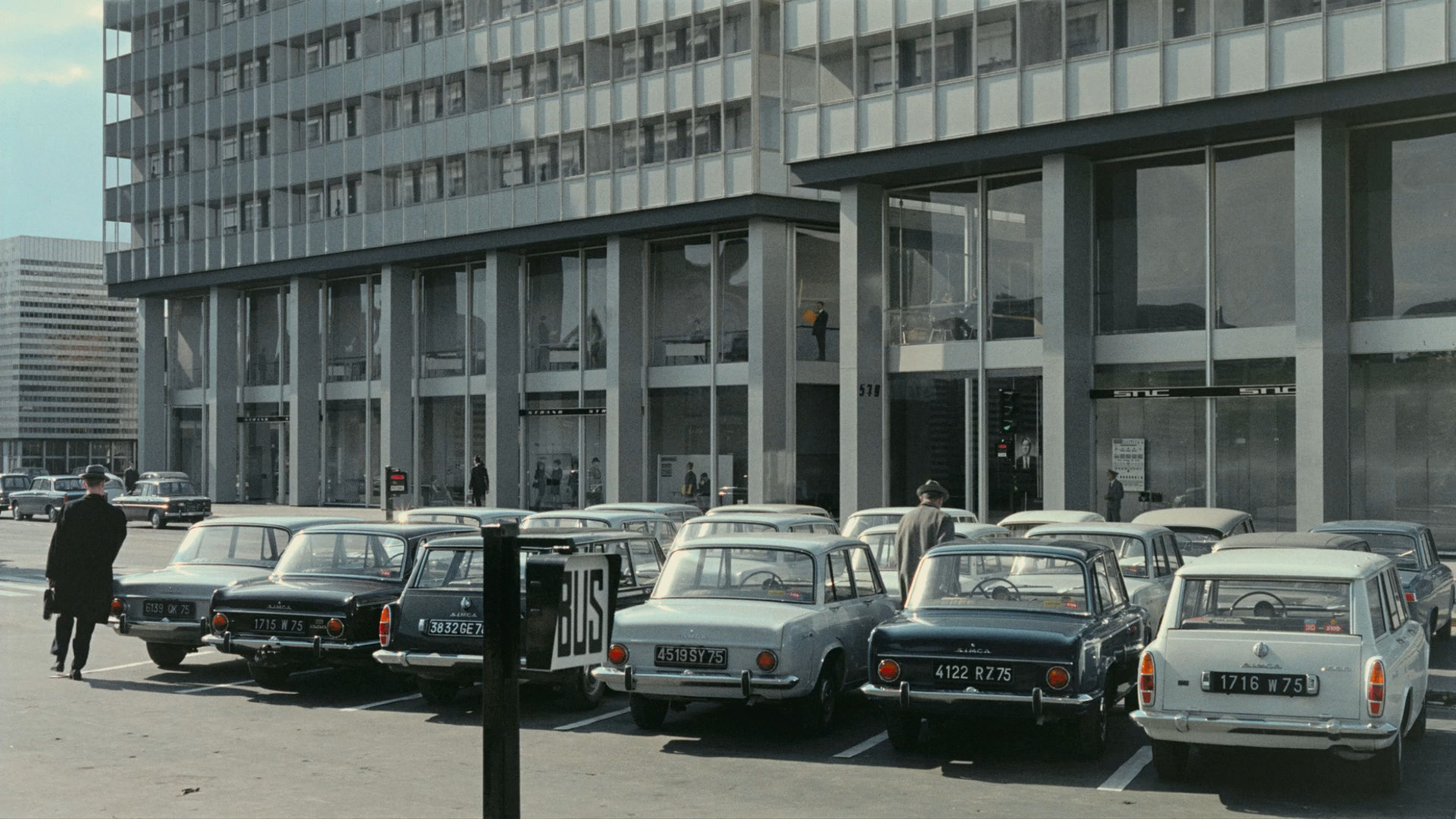 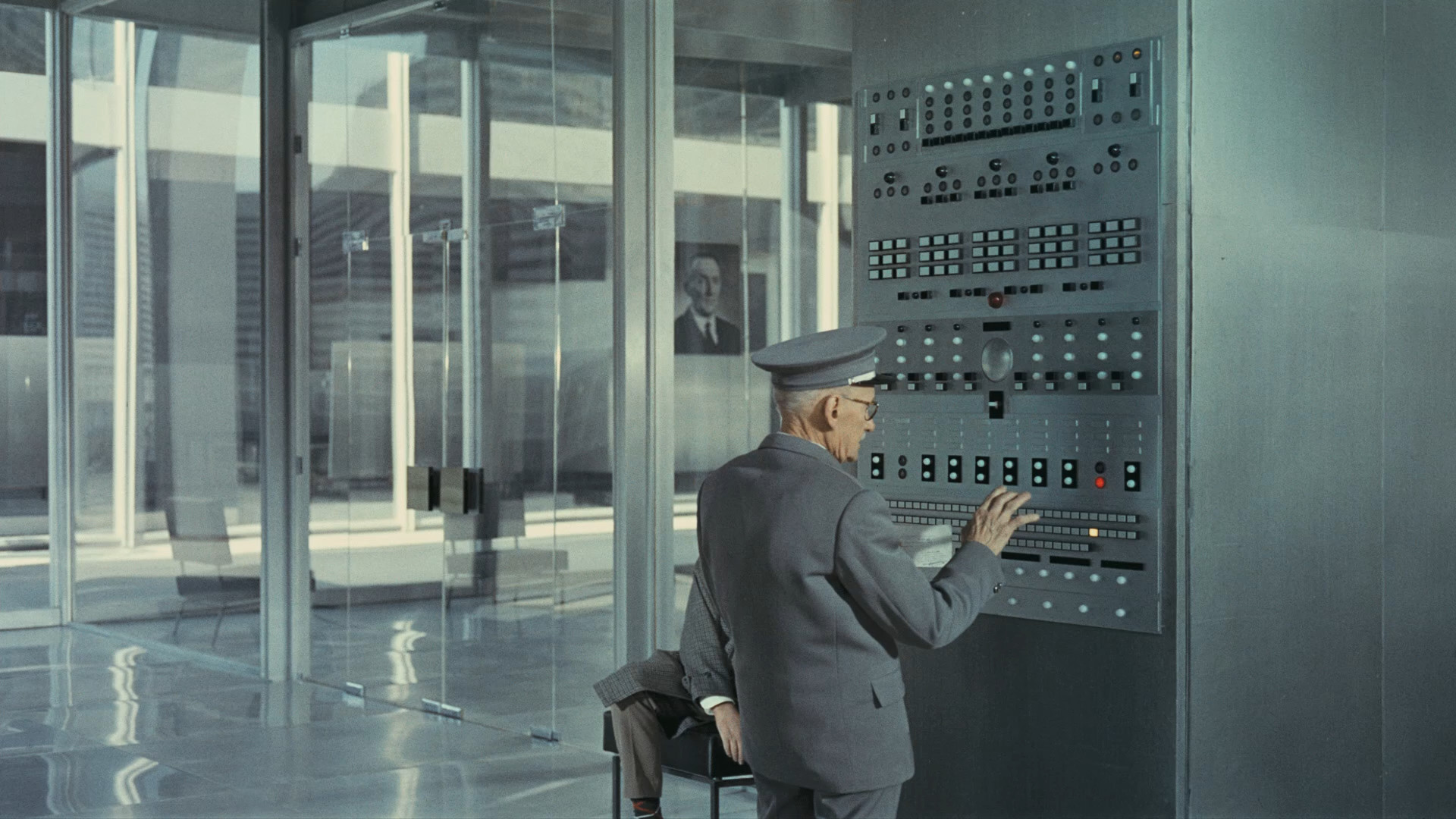 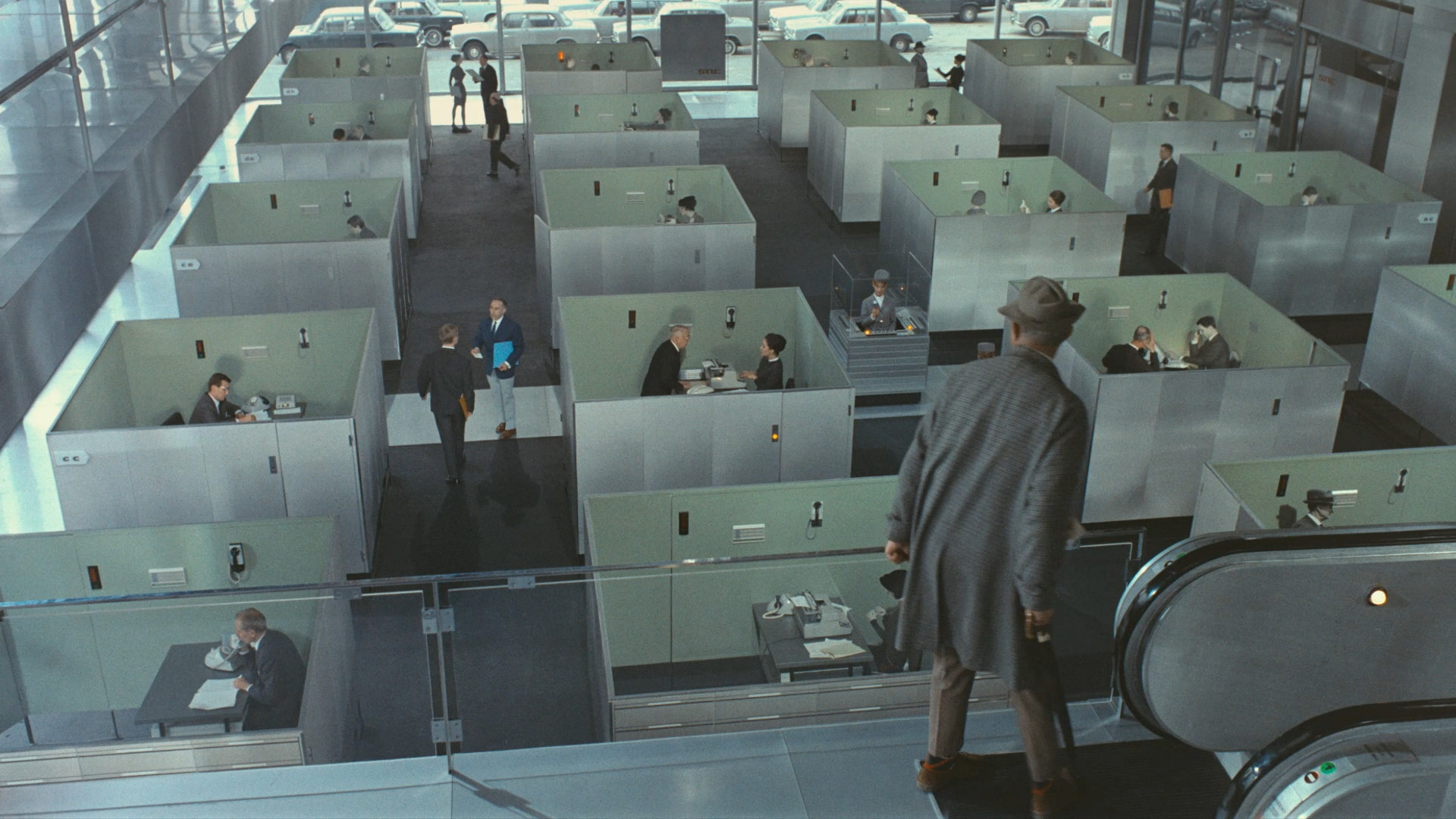 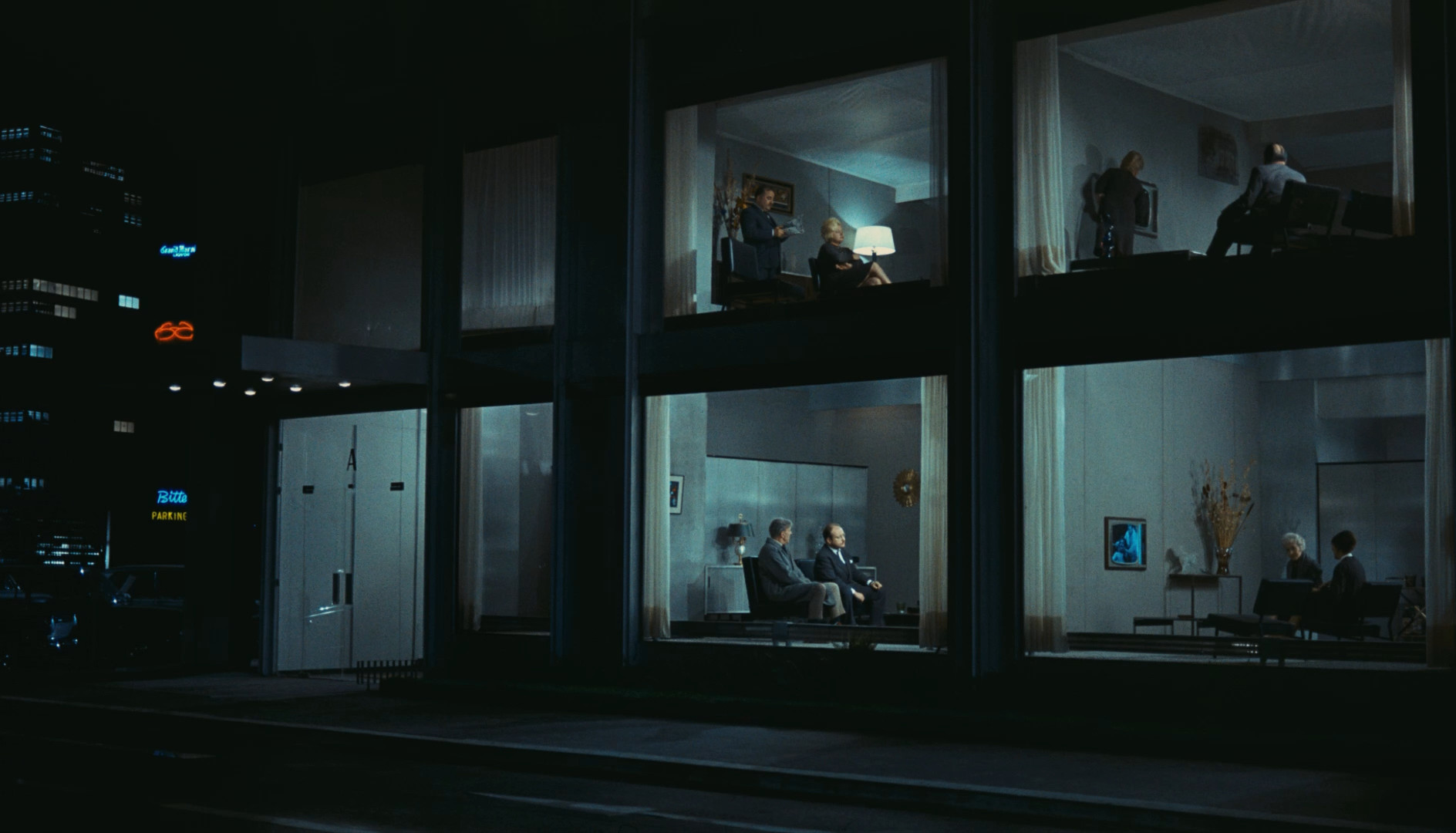 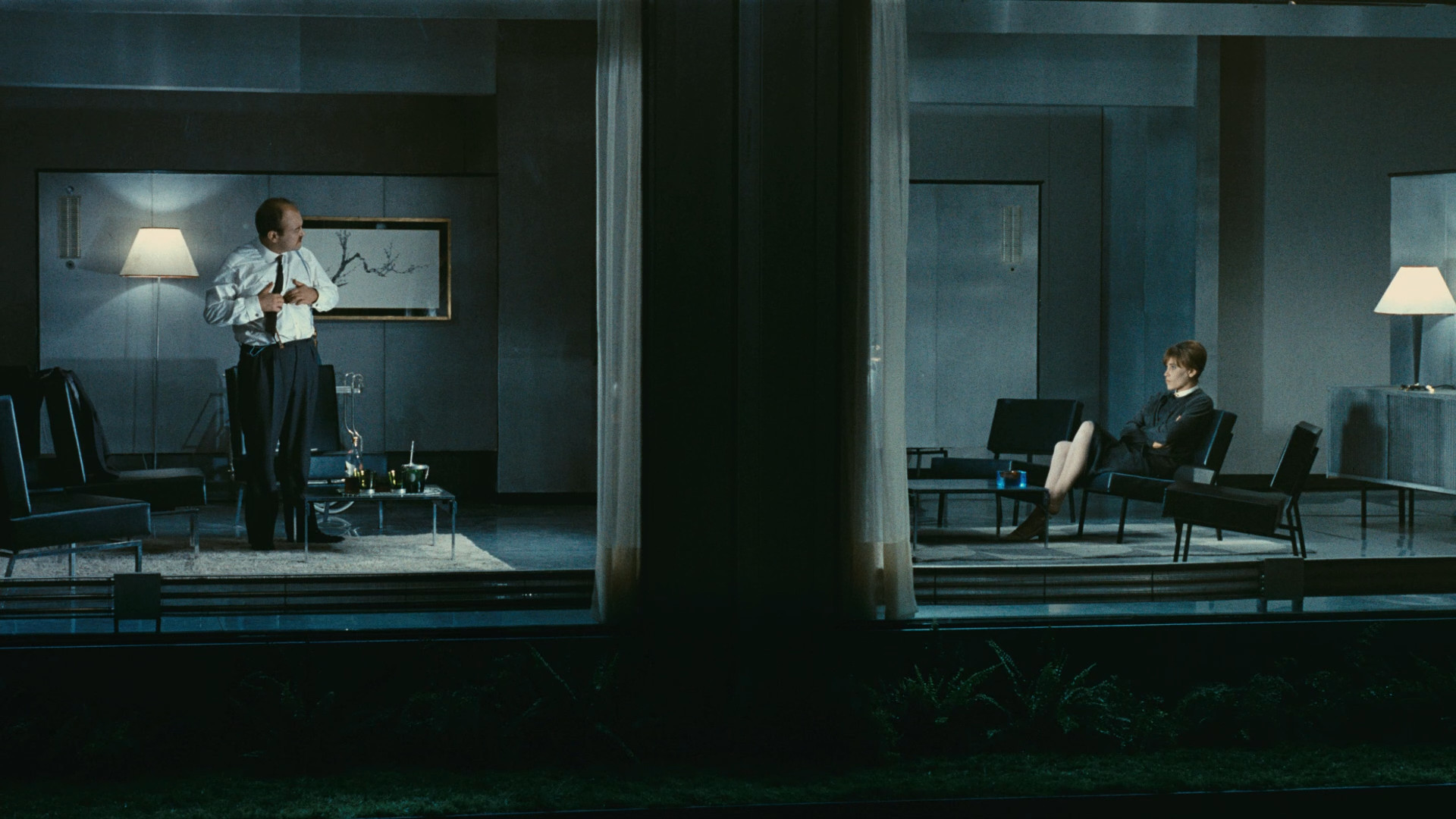 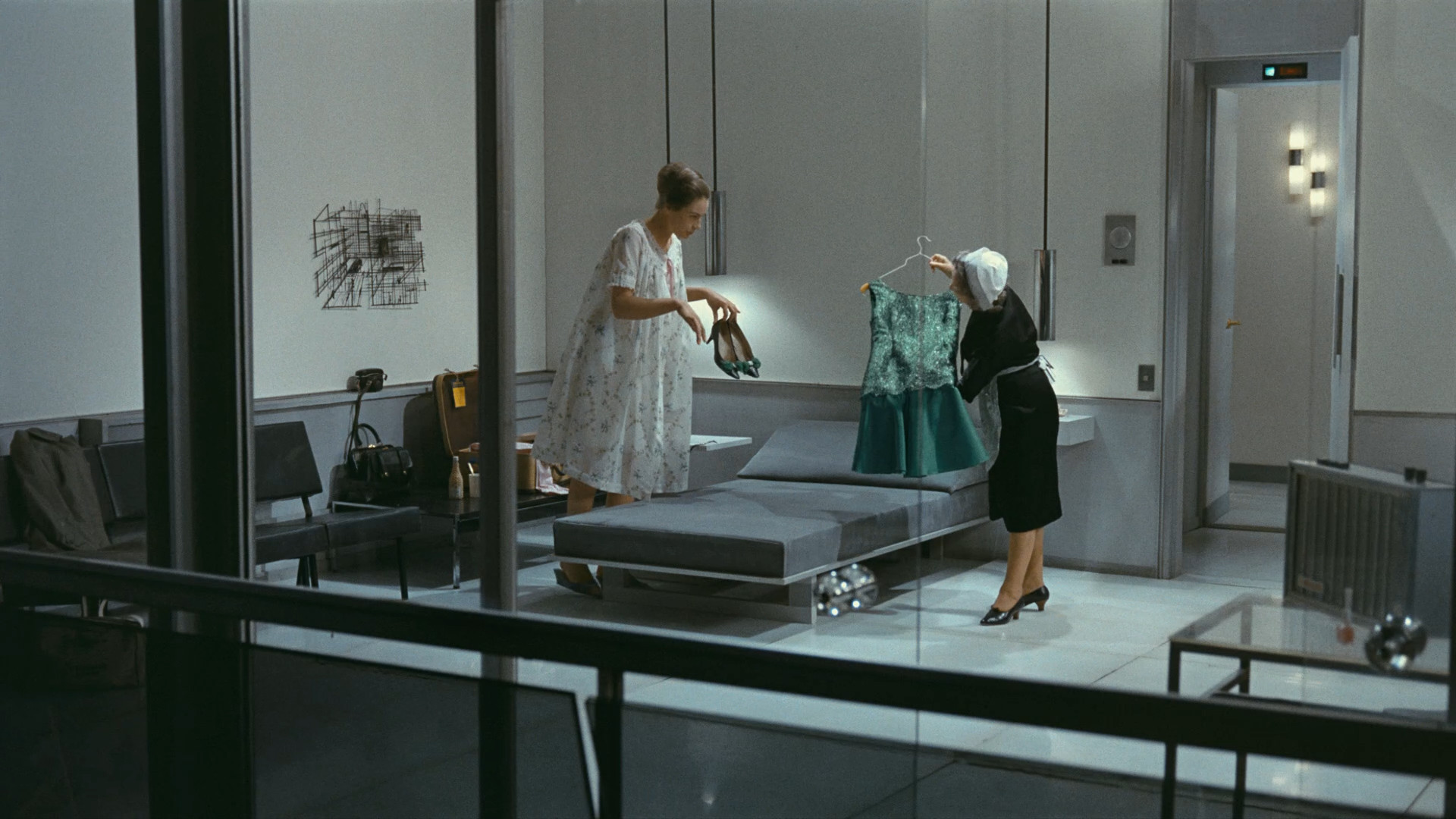 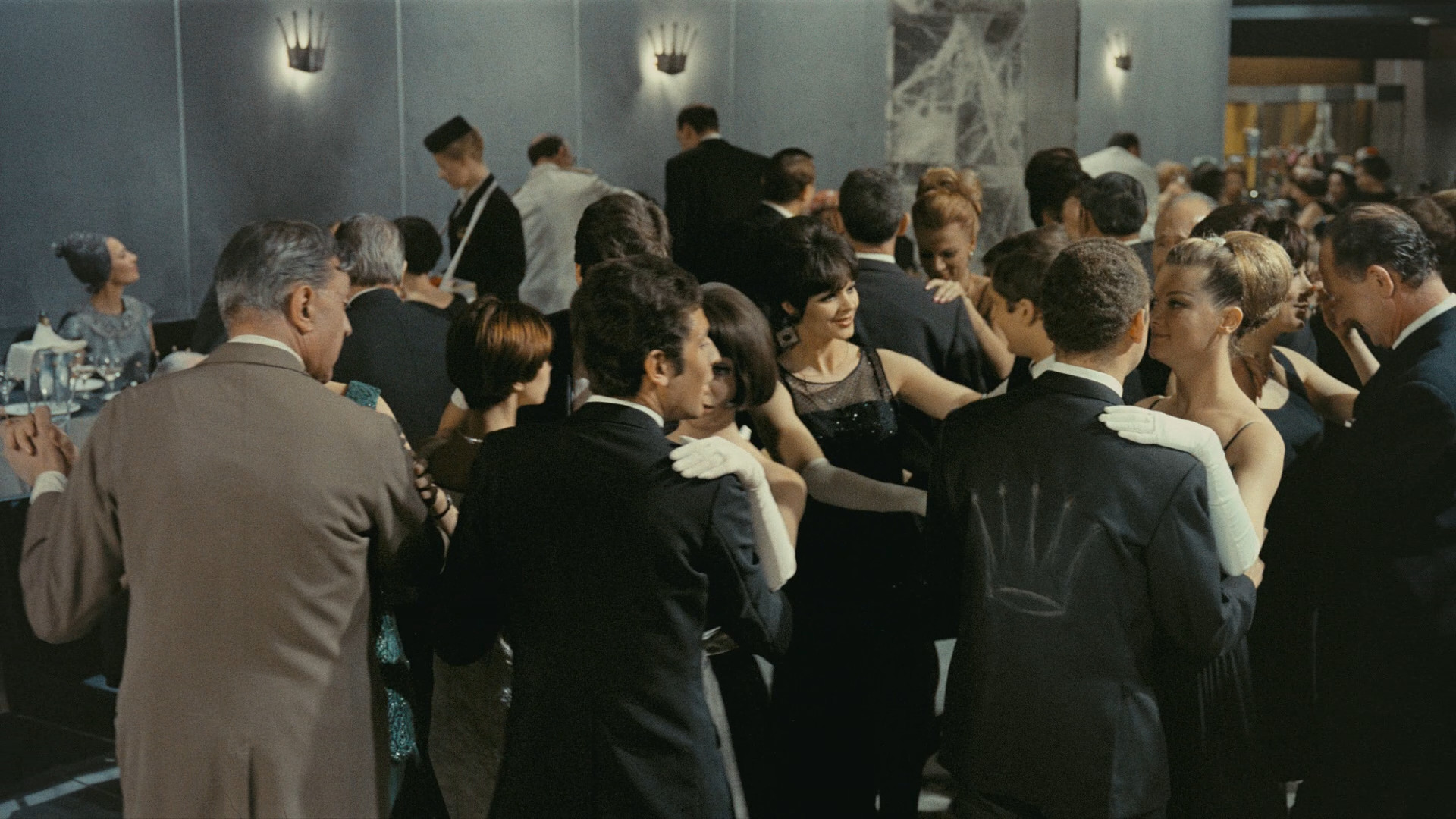 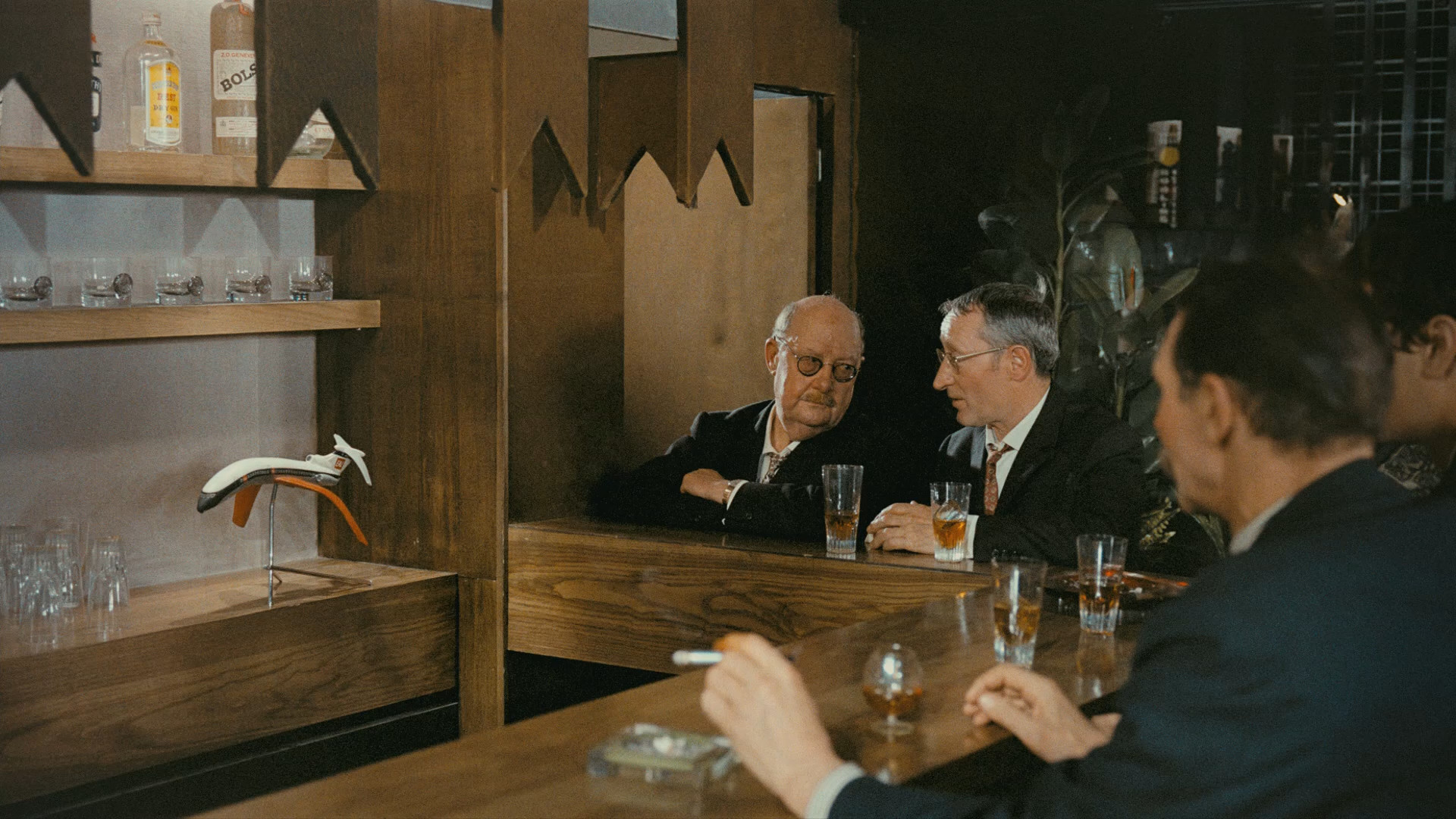 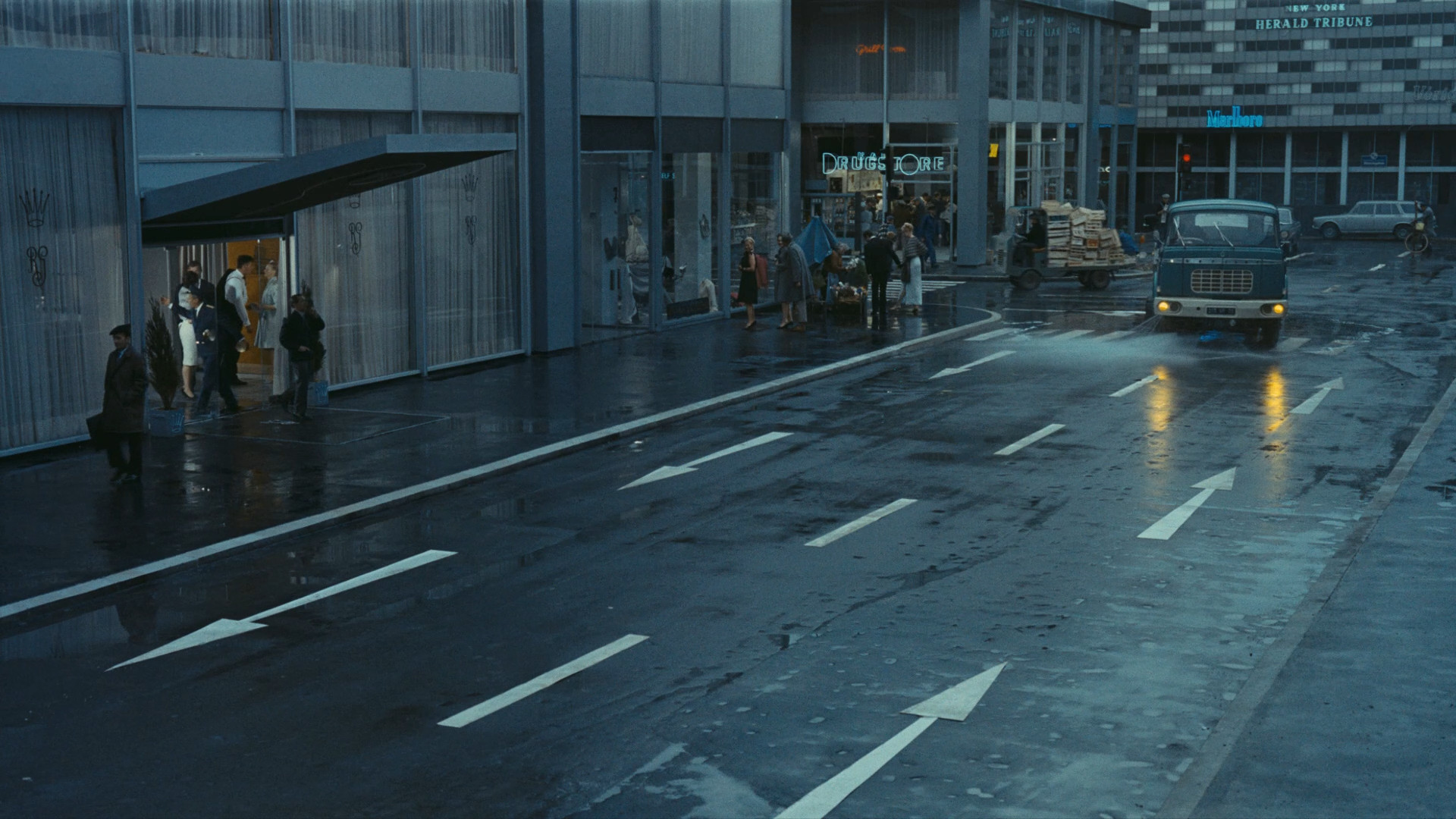 So this is where Roy Andersson got his aesthetic from!

Oh my. I realise now that I’m in a kinda multiple French delusion zone: For some reason, the name “Tati” made me think both of that umbrella movie by Jacques Demy, so slightly understandable, but also of Louis de Funès, I guess just because of the name of the movie?

But this isn’t that!

It’s something quite different, and now I feel ashamed of my ignorance.

Ah, right. Tati was 60 when he made this movie, and it does have that “old guy railing against modern things” kind of thing going on. But it’s so stylish! And witty. And pretty.

Perhaps it’s too pretty? I mean, Tati obviously means for the architecture to be alienating and stuff, but I only wish that modern buildings could look as great as Tati’s nightmares. I mean, he has all these box offices in gorgeous geometries and steel/glass/granite, while today’s offices are open plan plastic/wood/carpet horrors. 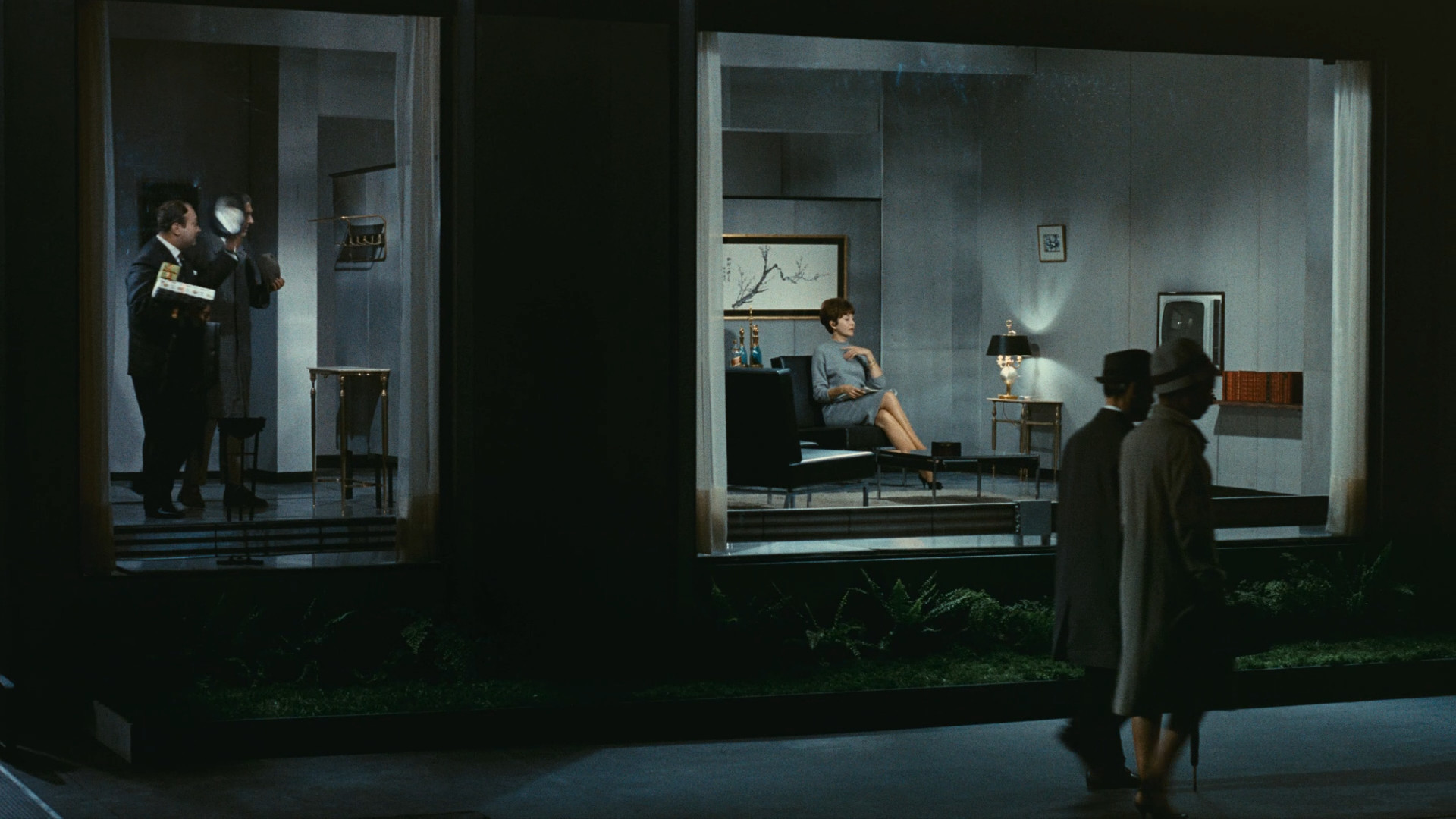 And there’s this long, long sequence where we see how modern people live in modern buildings, with these huge windows towards the street, and that’s funny, of course, but it sort of feels like the point has been made after half a minute, but it goes on… for quite a while. Without any dialogue.

(I think it looks super cool, and my immediate reaction was YES! THERE”S WHERE I WANT TO LIVE! so, er, I guess the joke’s on me? (However, I live in a building that was built in the (late) 1800s, so perhaps not.)

This must have been so exhausting to make! Most of these scenes have a gazillion people in them, and something will be happening off in the margins. And everything is perfect, so I can only imagine how many takes it typically took…

There’s some structural problems. First I thought it was going to be all about the office, and then we shifted to the home in the evening, and then the restaurant, so then I was thinking: OK, it’s a series of tableaux? (The restaurant bit is really, really amusing. I mean, there’s nothing that happens that isn’t funny.)

But then it turns out that that’s the movie. The restaurant scene is the main part of the movie, and the other two are just… preambles…

Anyway, we vaguely follow the same characters throughout, and they intersect and weave in interesting ways.

But it is, of course, a marvel.

It bombed at the box office:

However, it was commercially unsuccessful, failing to earn back a significant portion of its production costs.