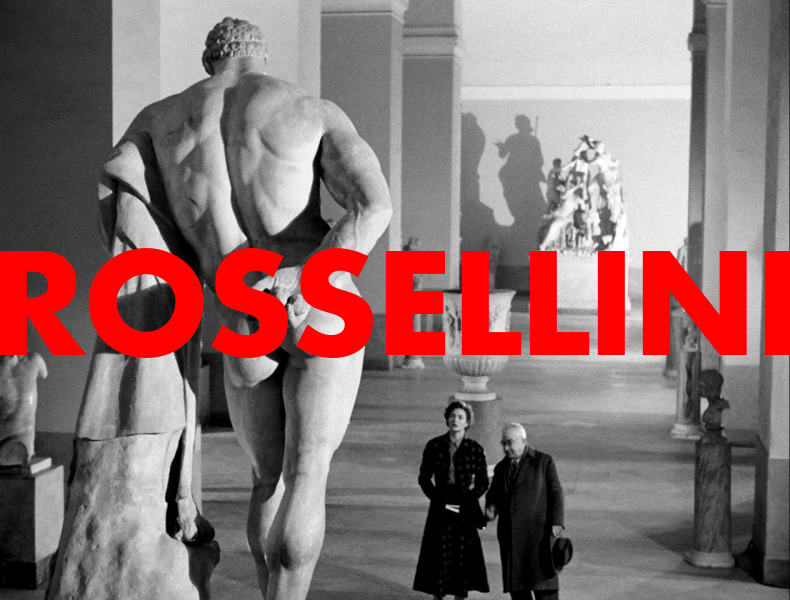 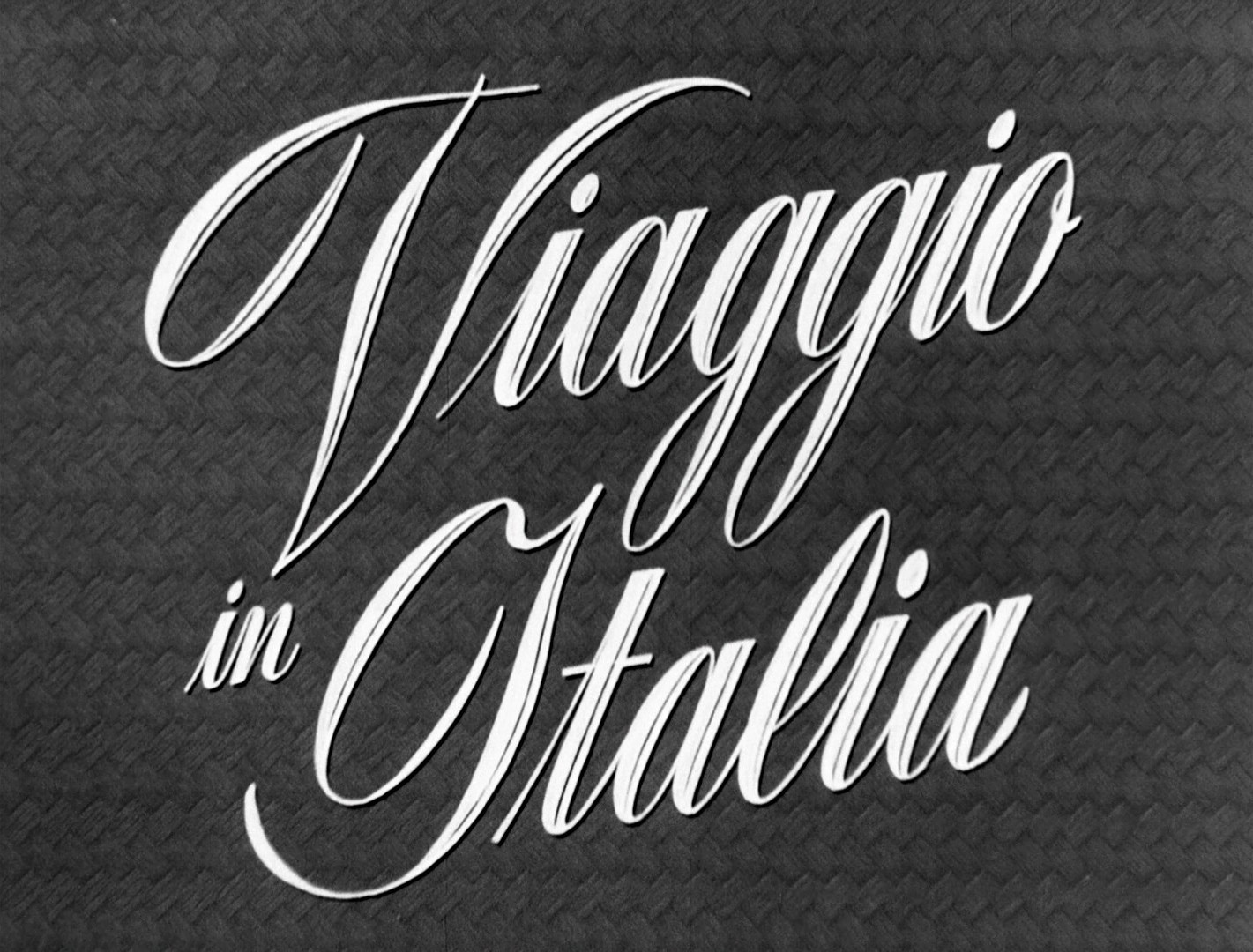 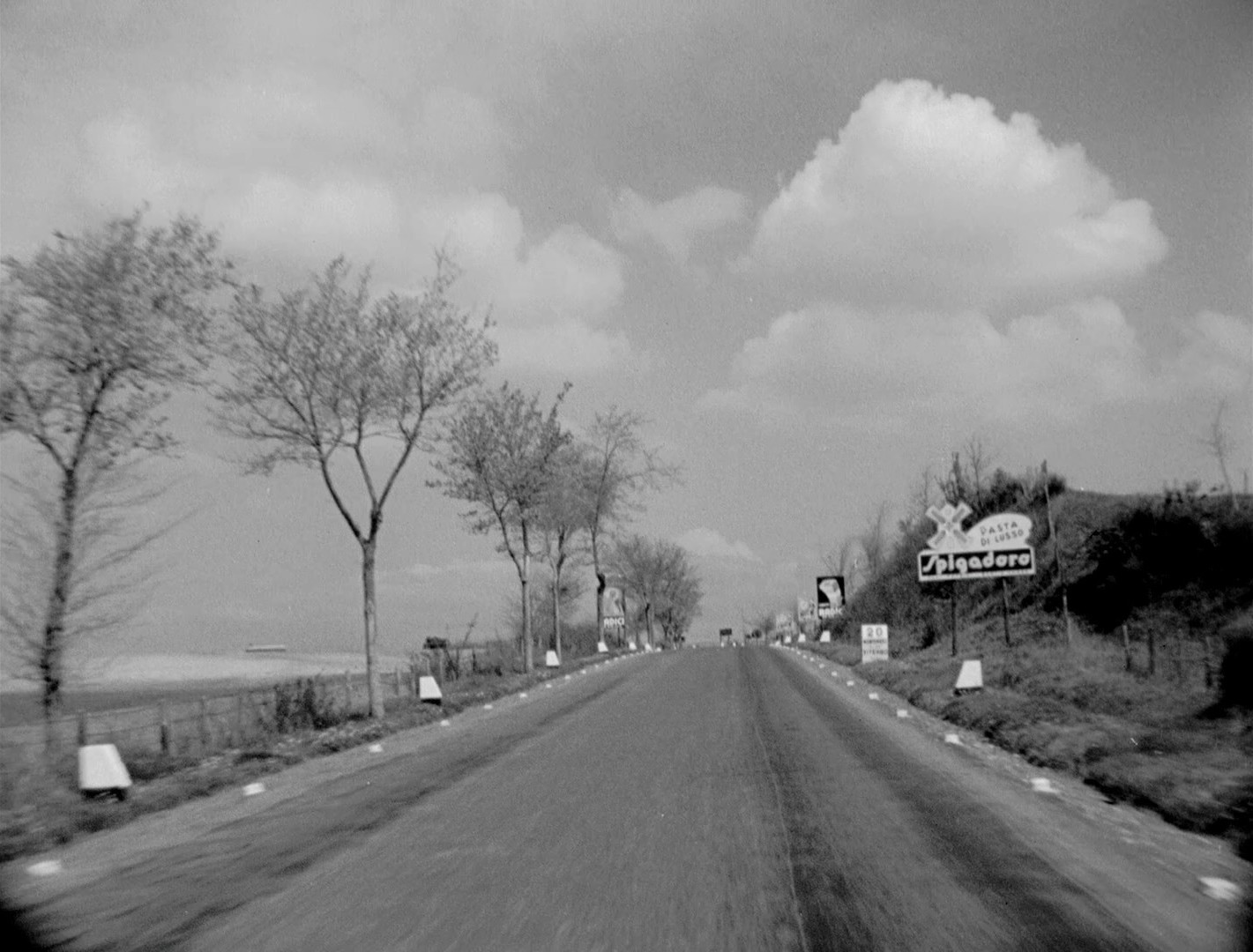 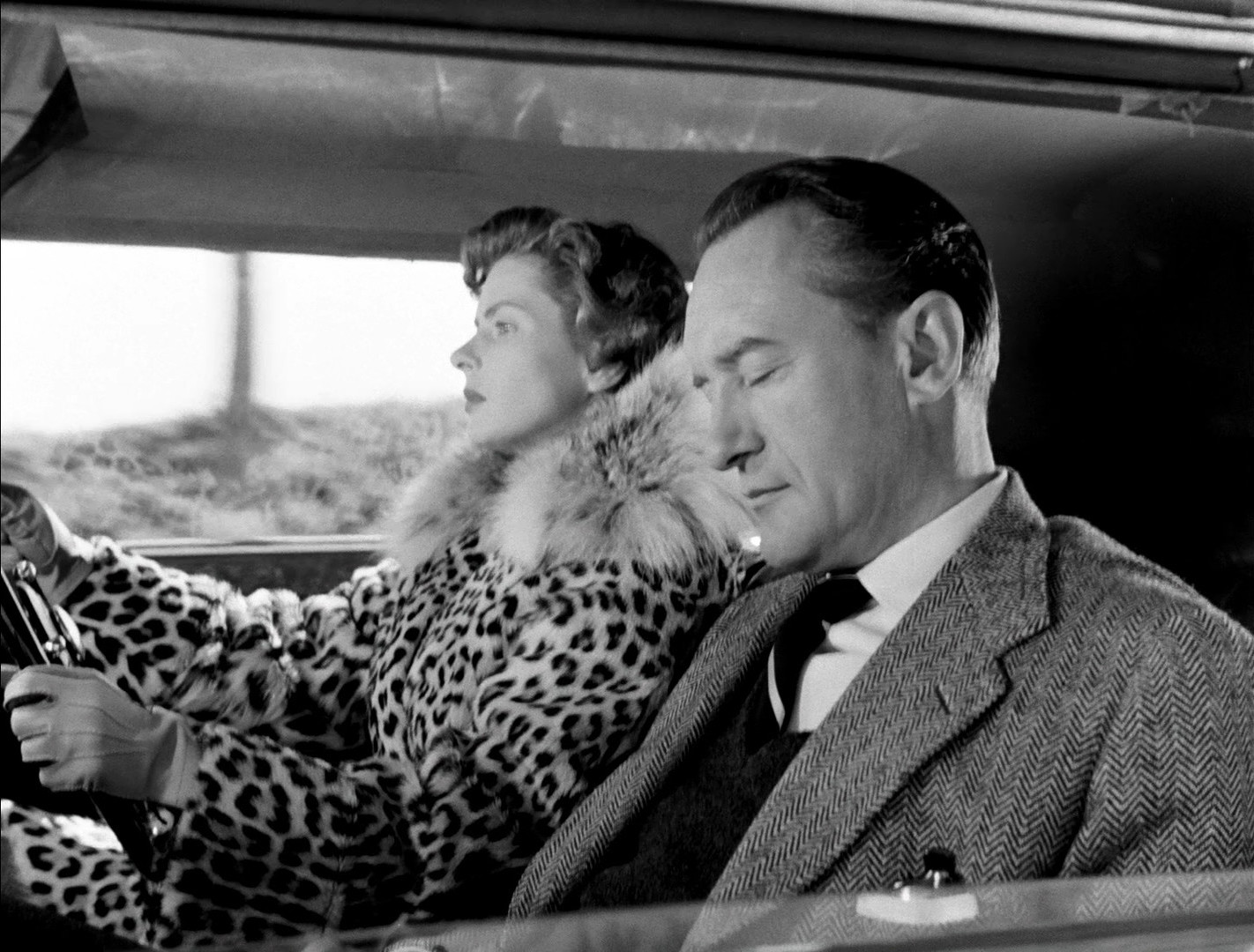 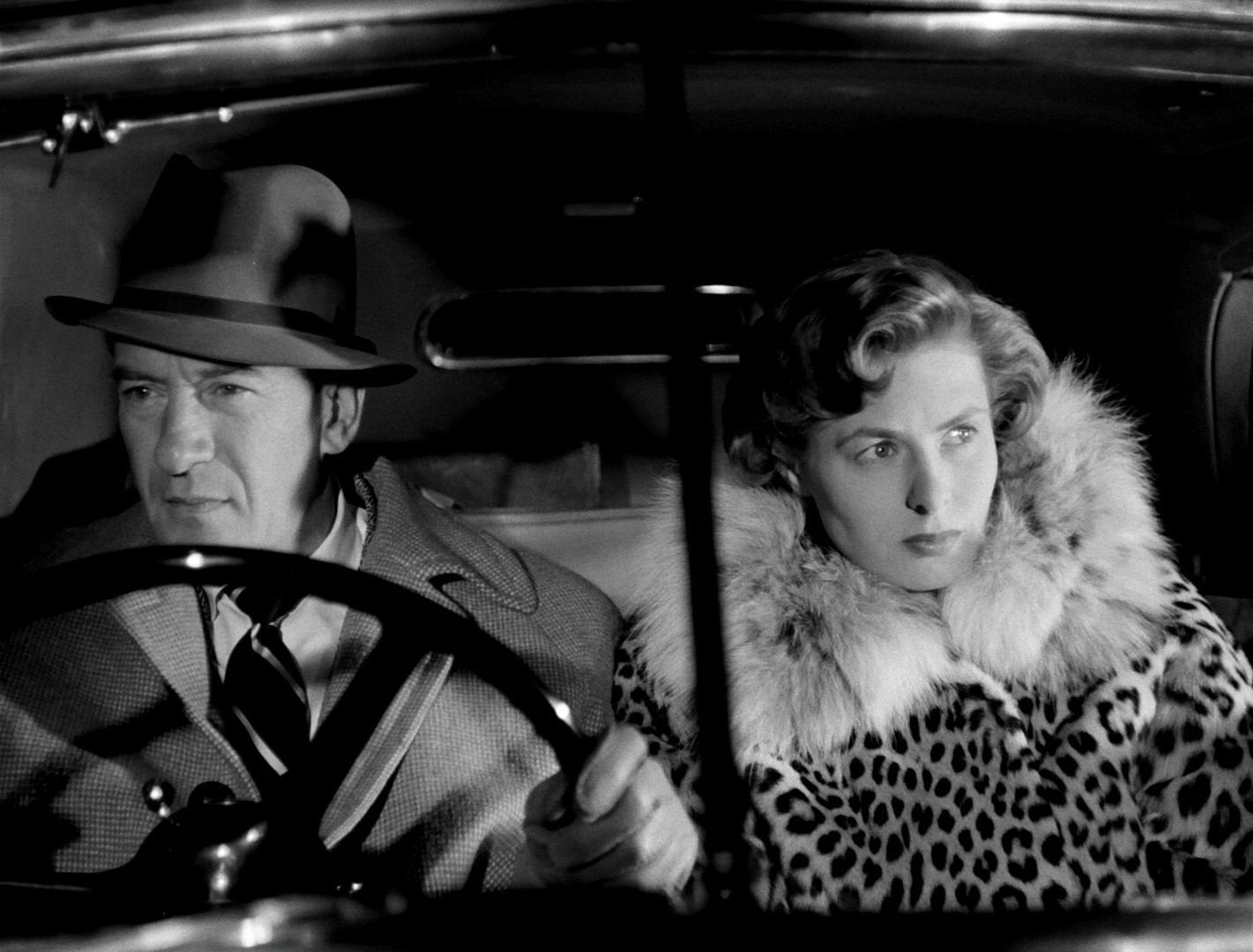 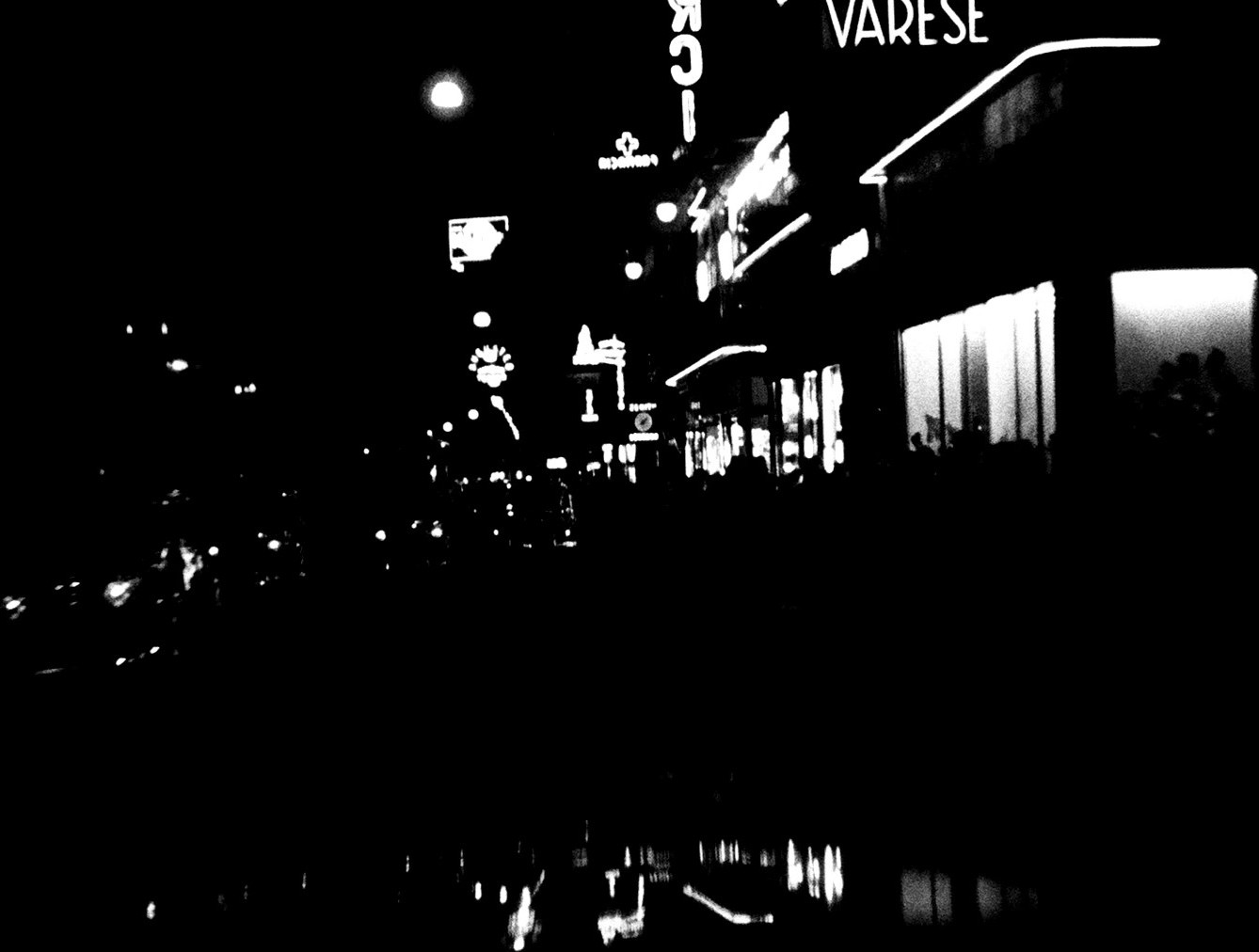 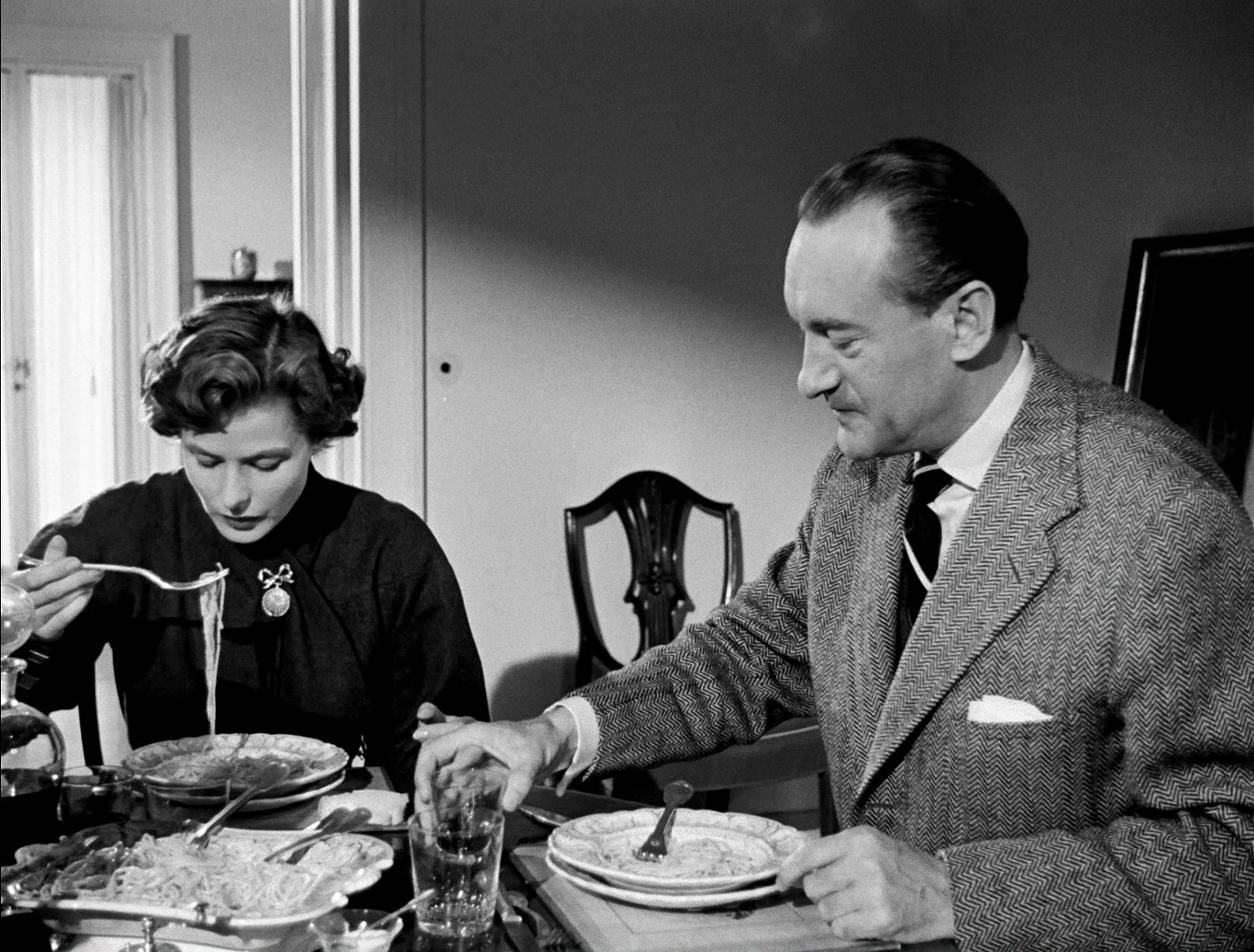 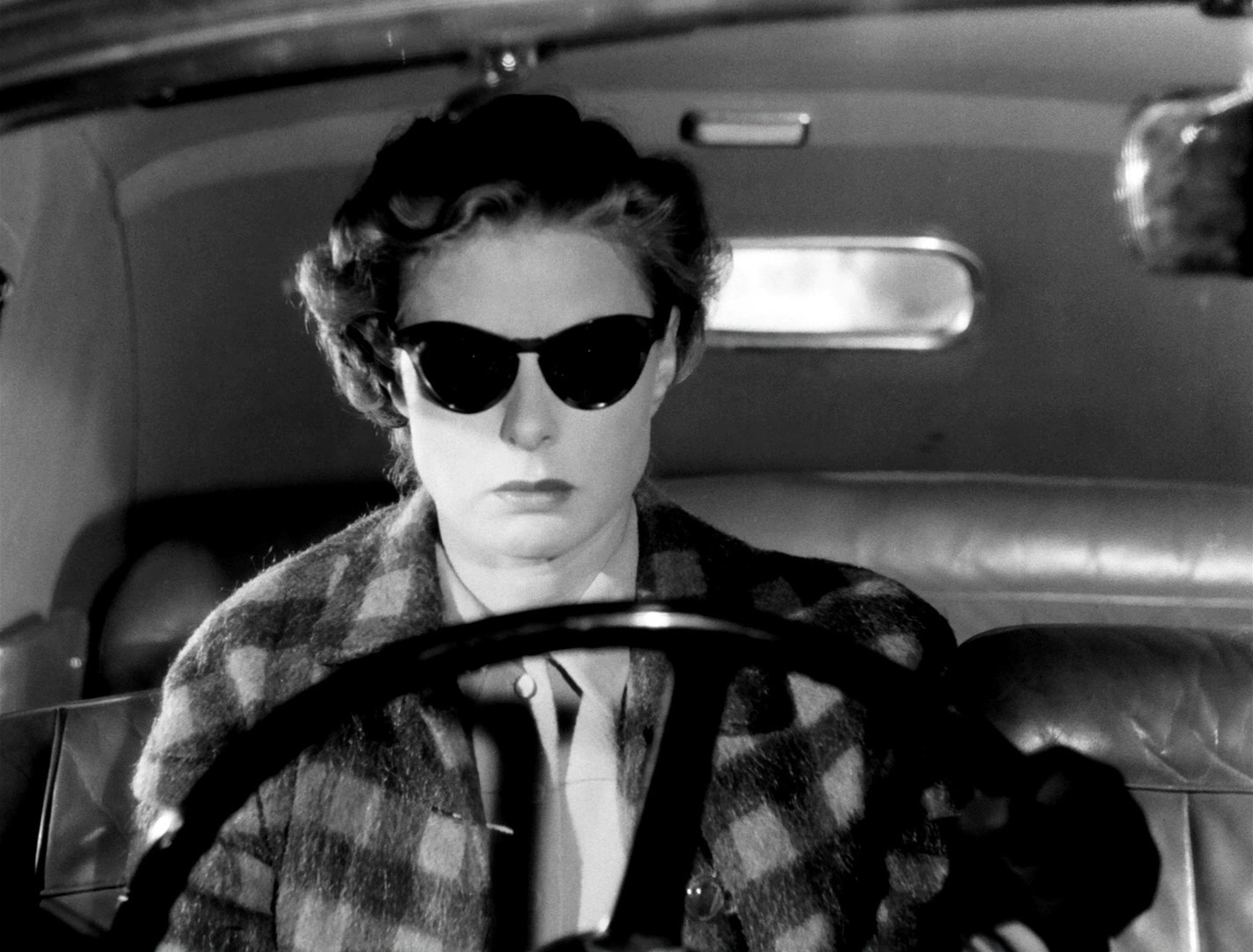 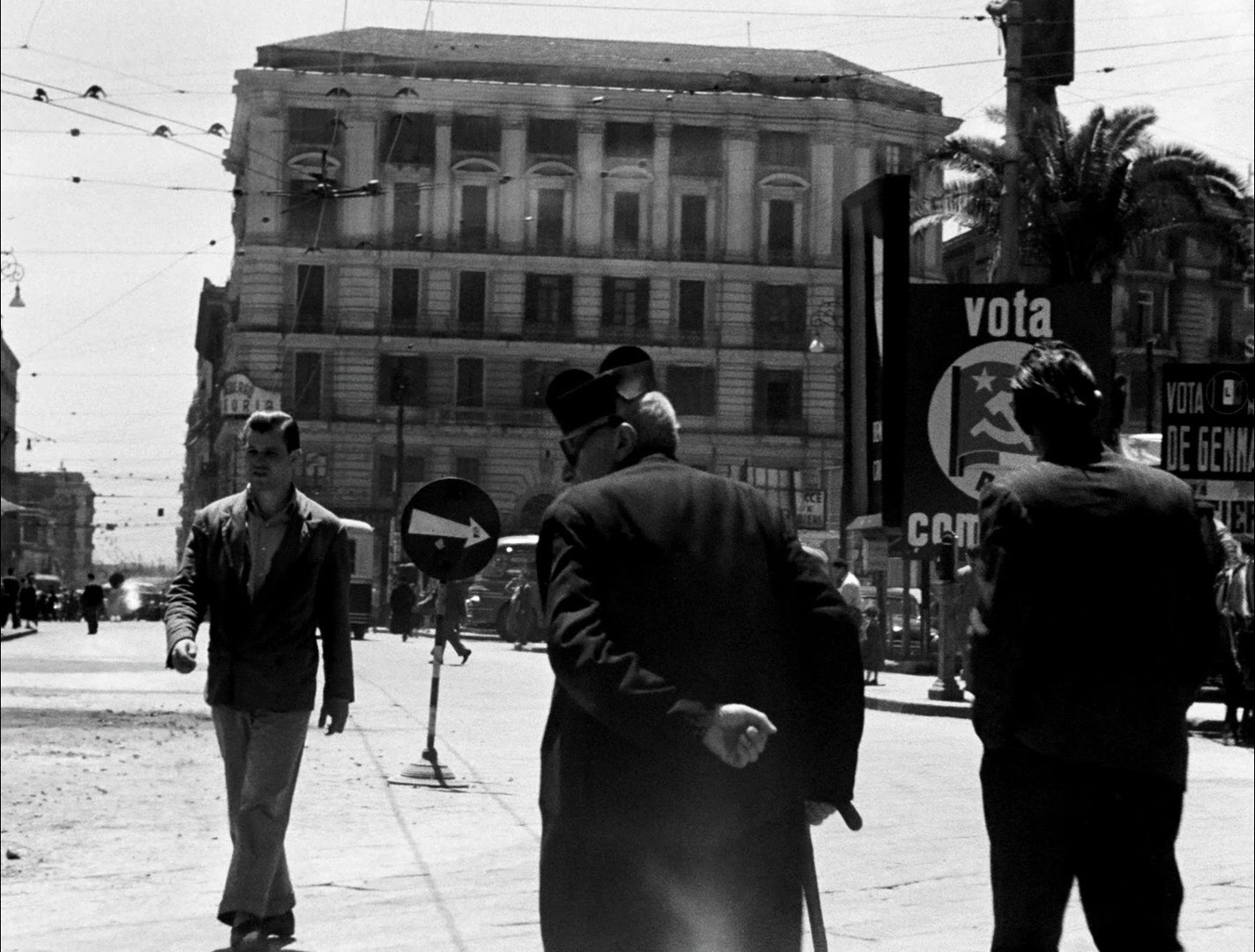 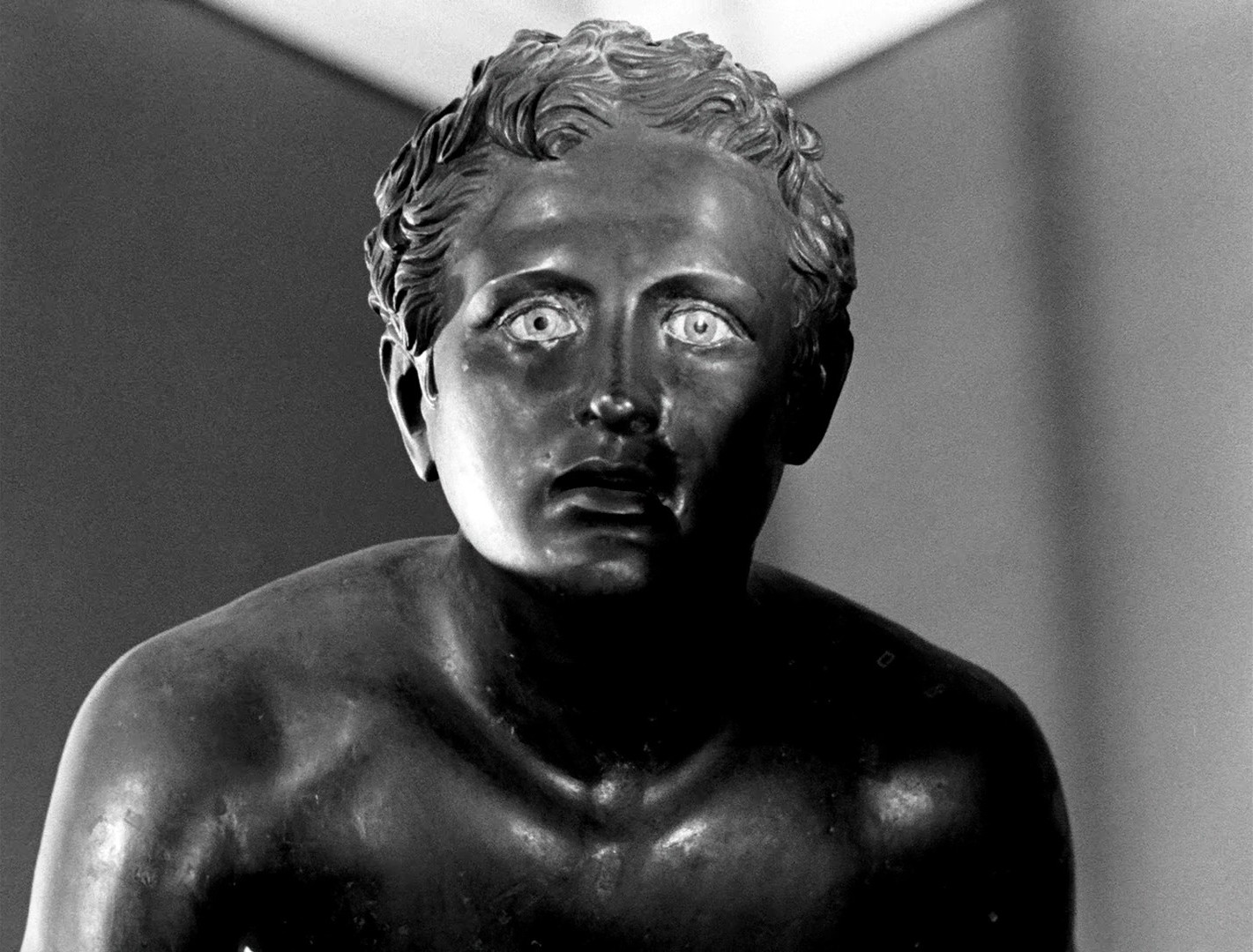 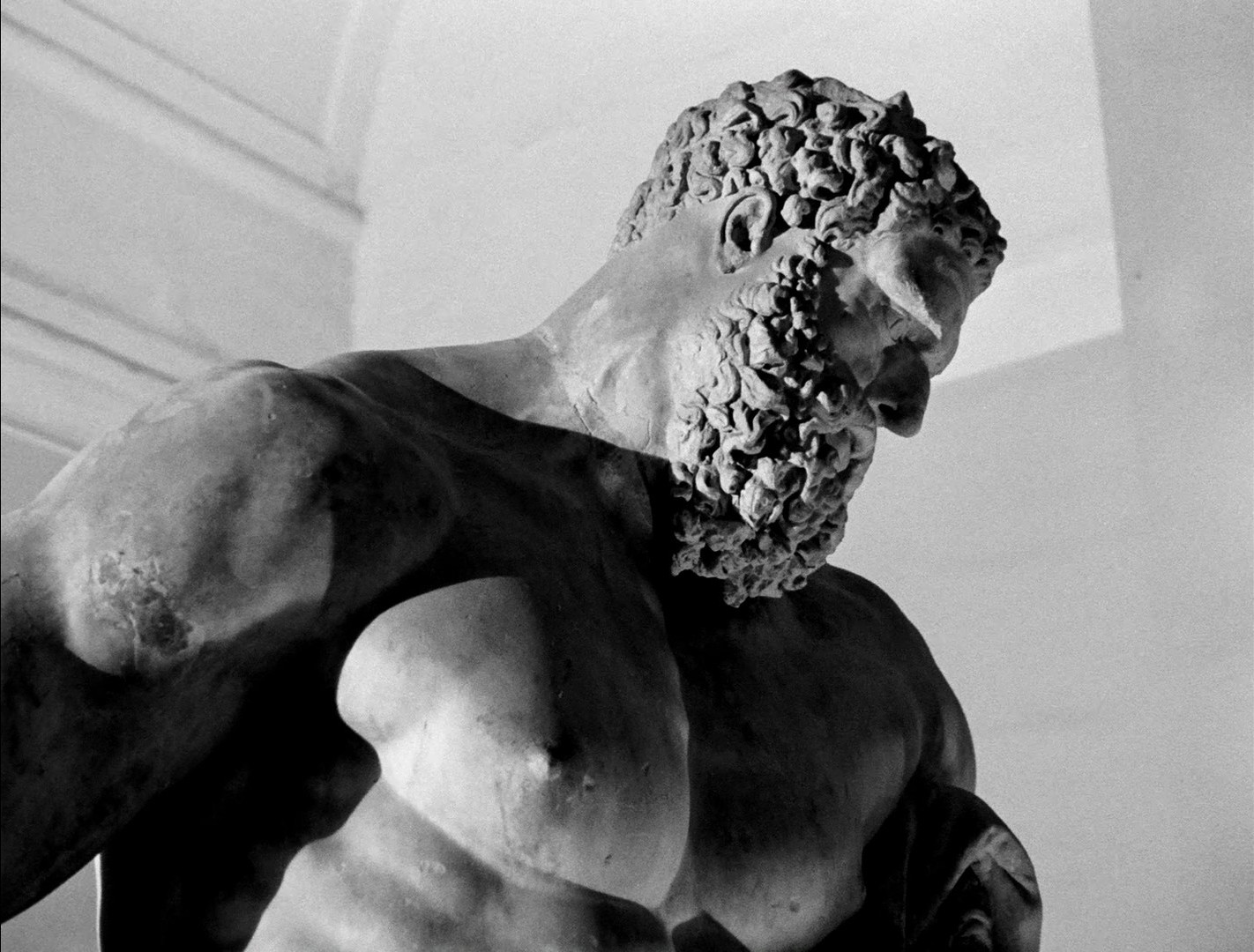 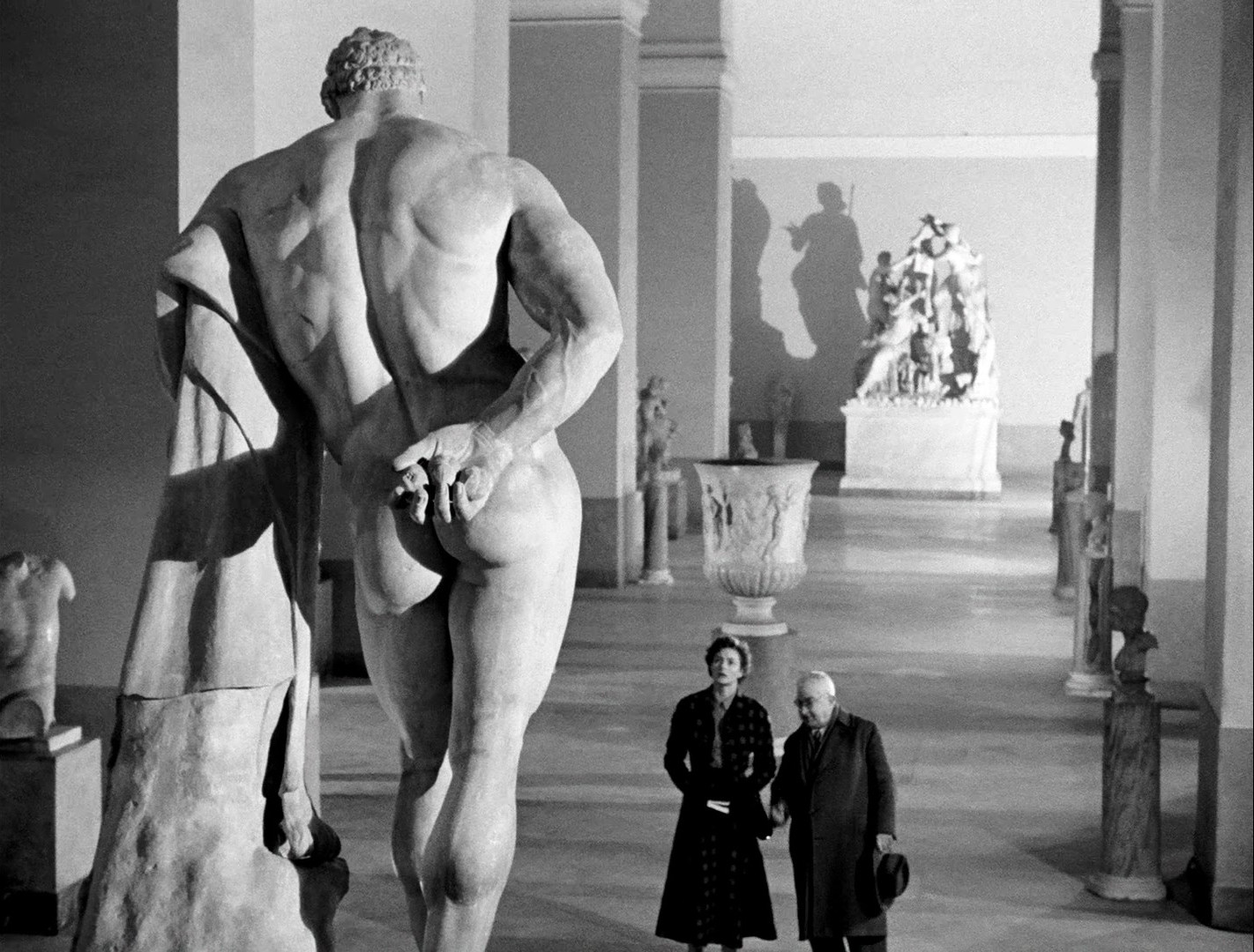 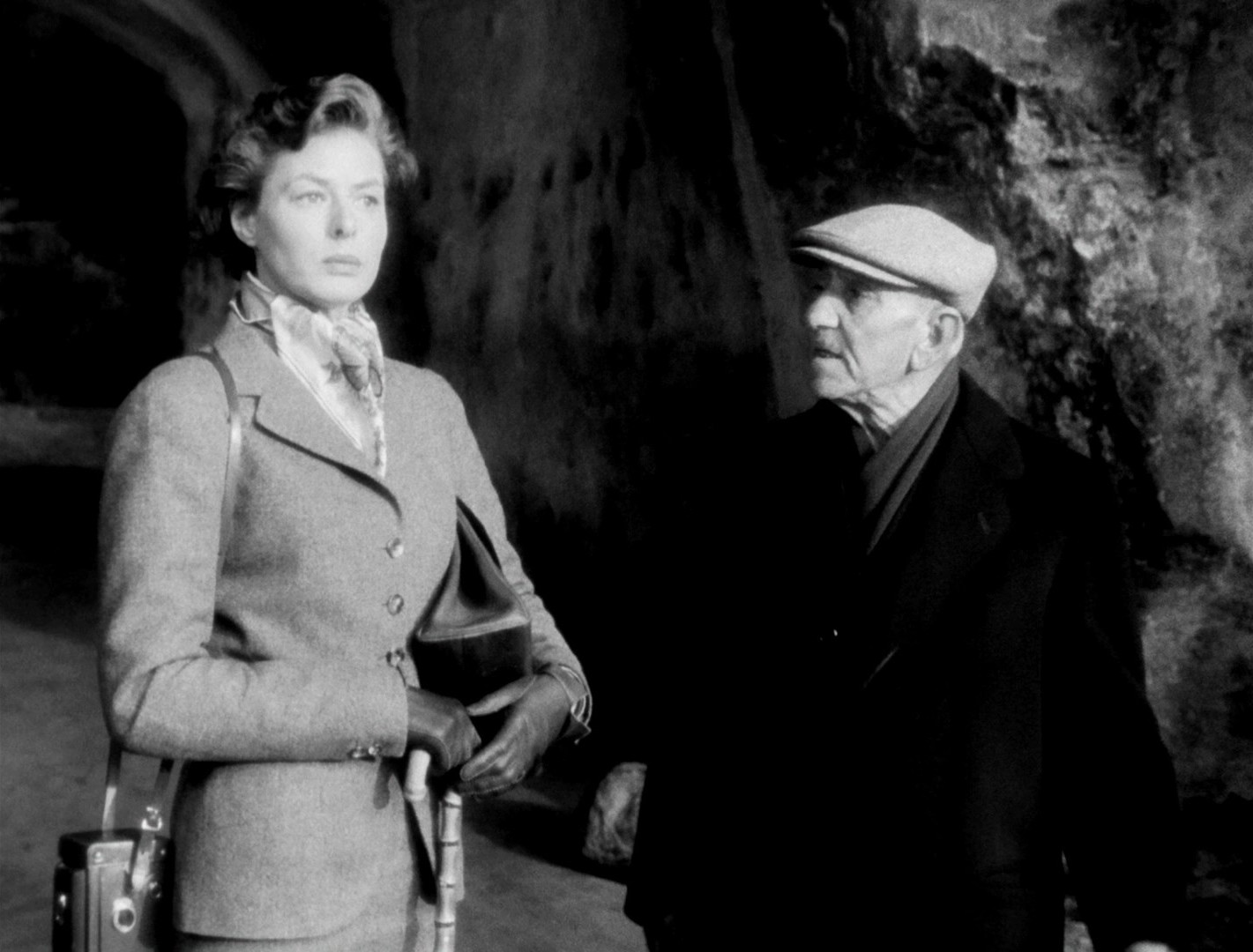 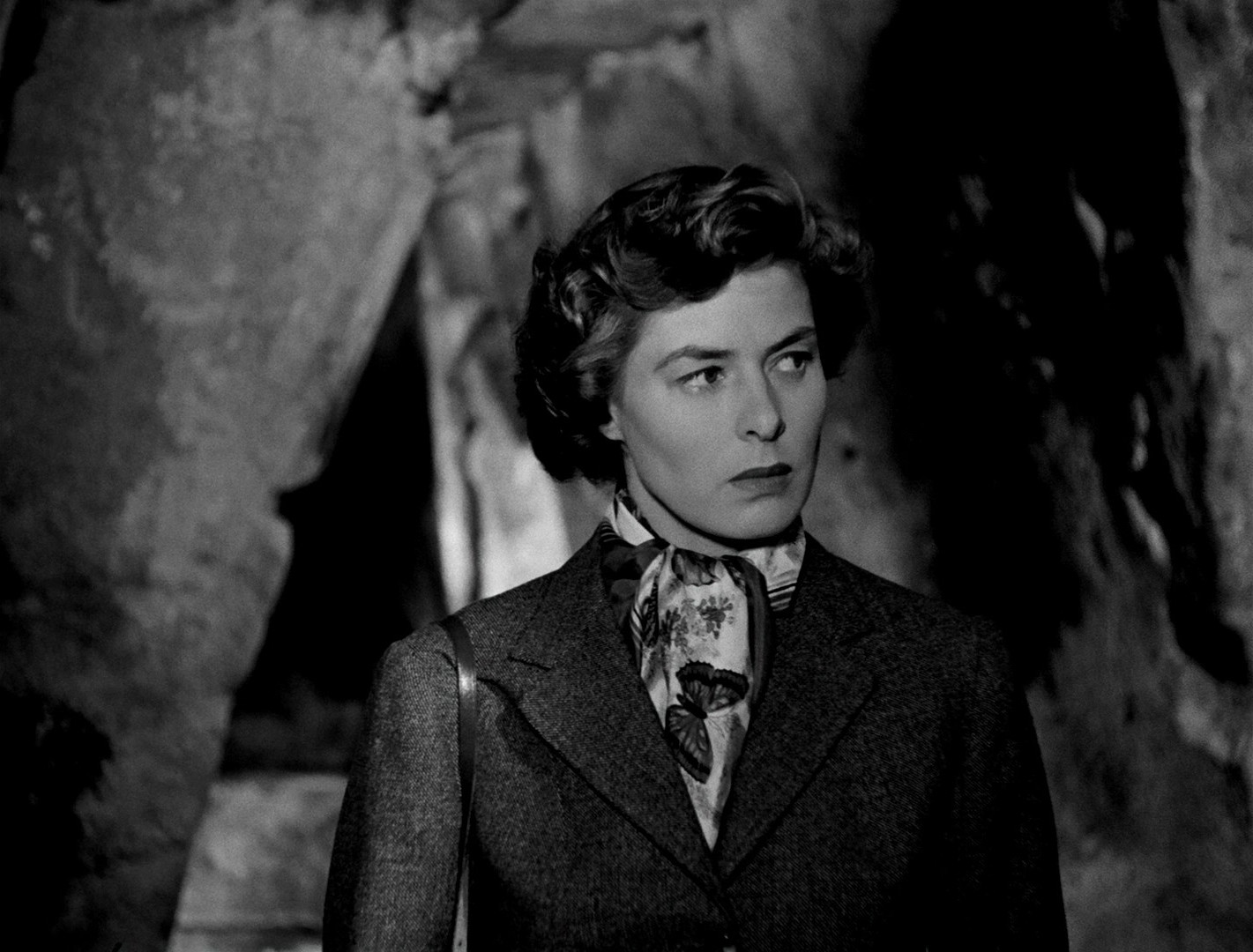 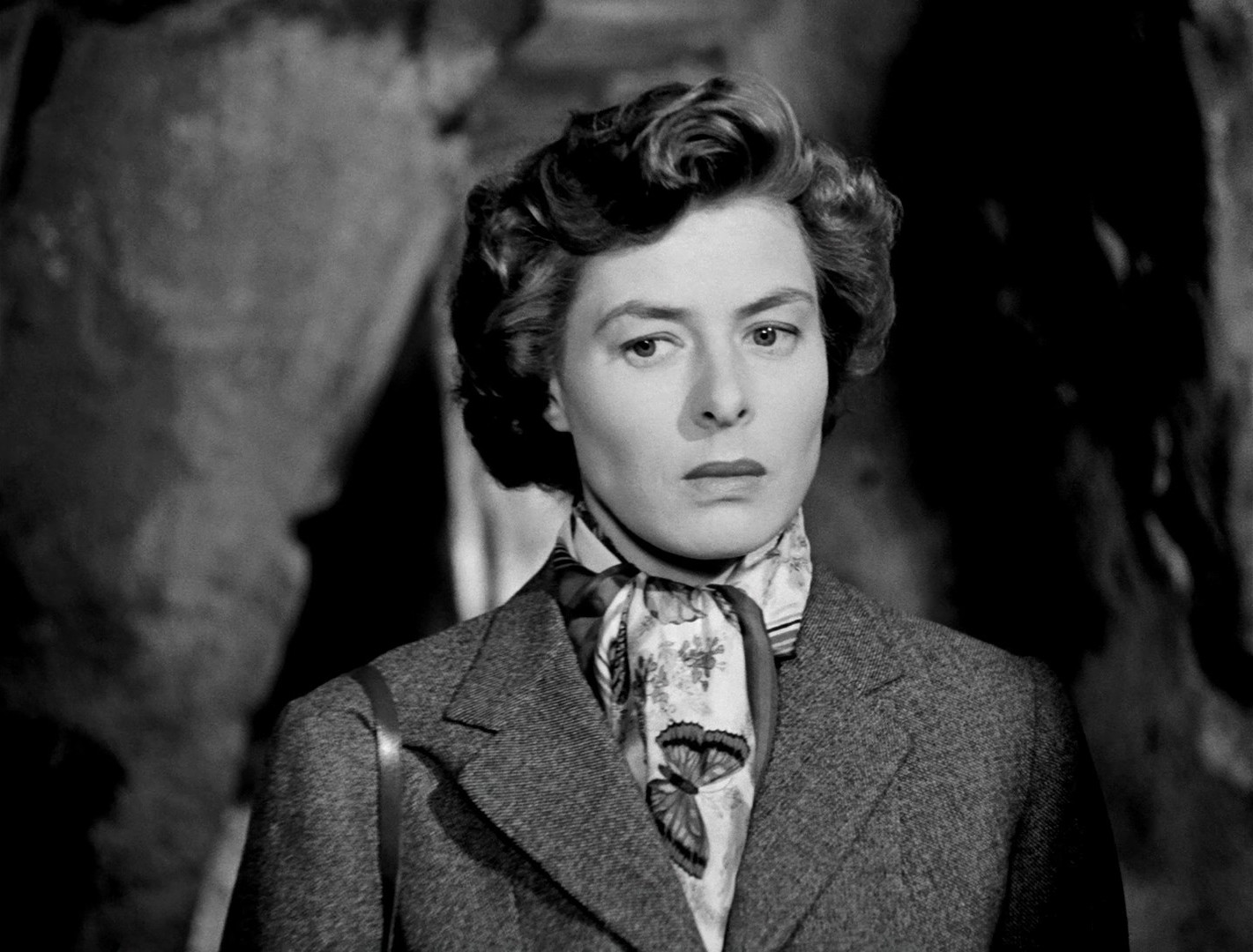 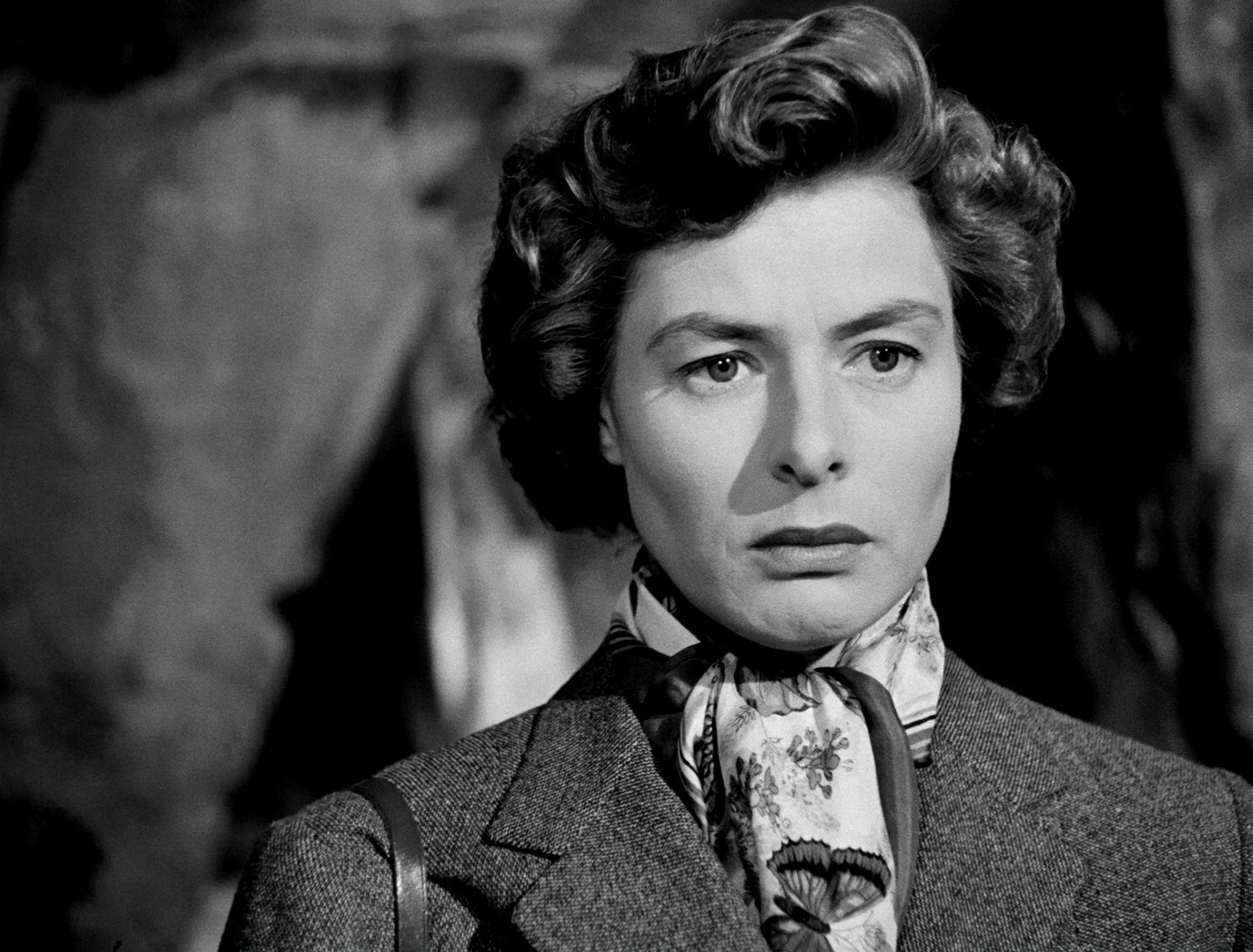 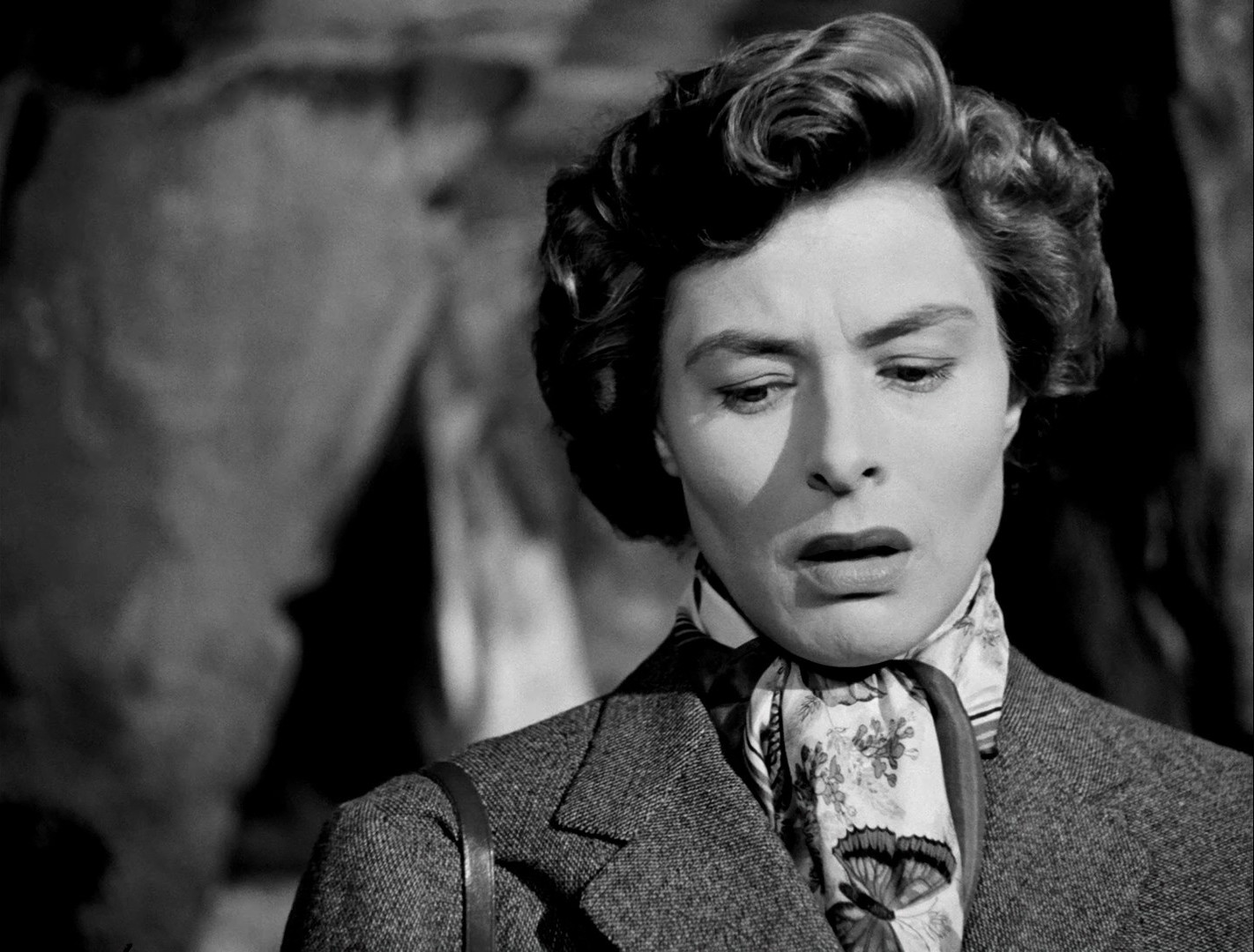 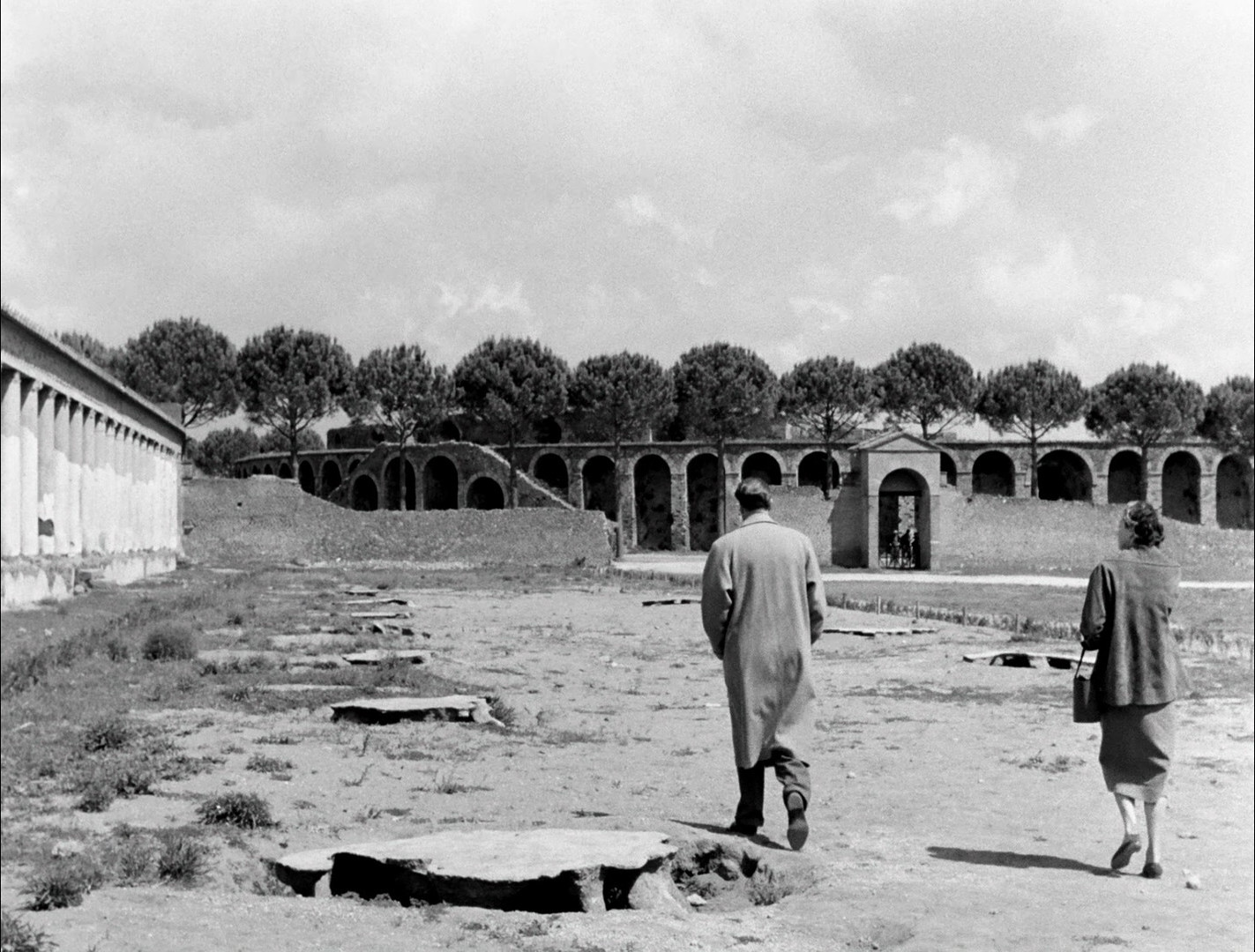 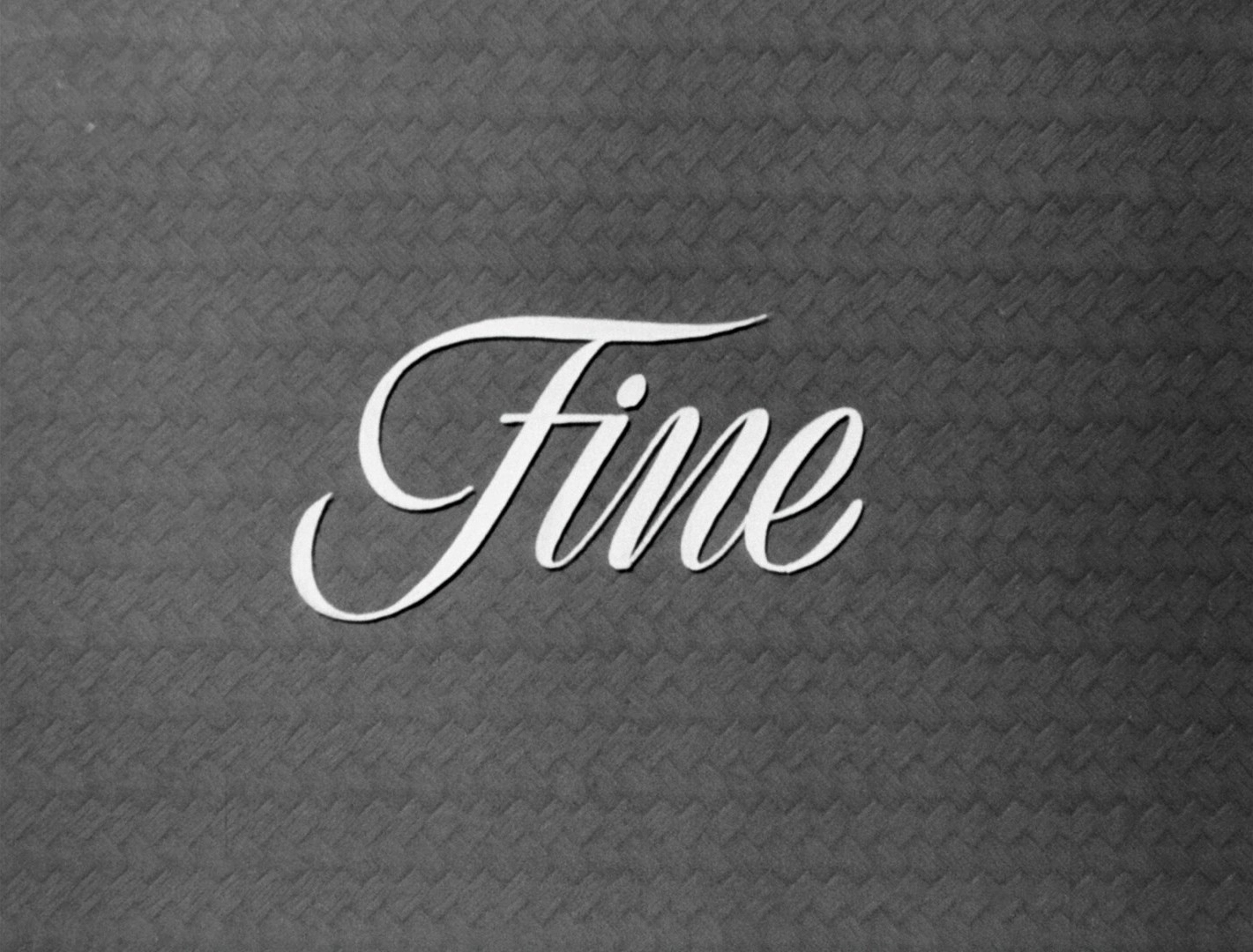 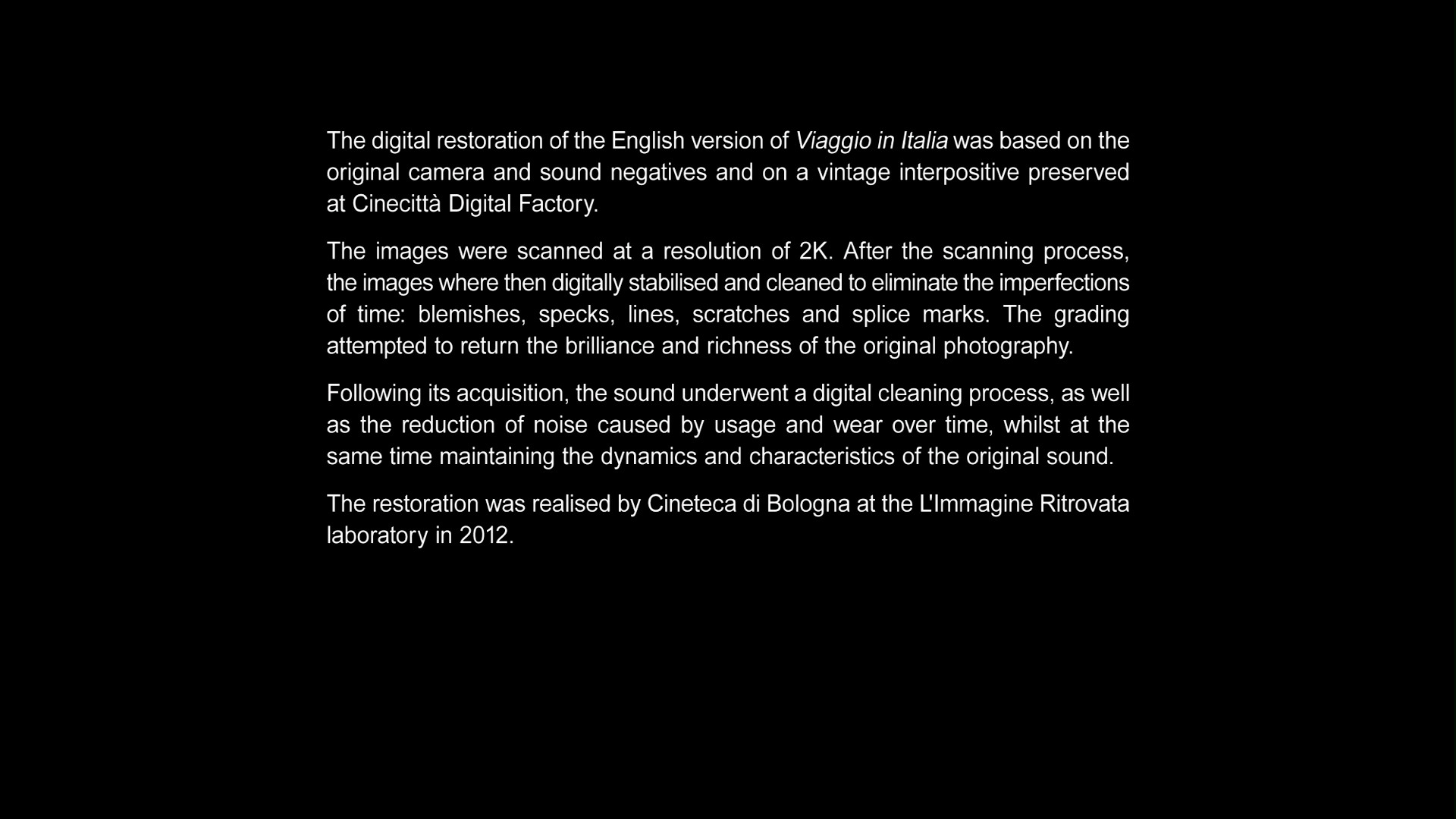 Another class release by the British Film Institute. Your tax money at work, for some values of “your”.

But… “English version”? Oh! They seem to be moving their mouths in a slightly English-looking way? Did Rossellini film several versions of this? (As usual with Italian movies of this era, no sound was recorded when the video was filmed.)

Right; It was in filmed as an English-language movie:

Although the film was an Italian production, its dialogue was in English. The first theatrical release was in Italy under the title Viaggio in Italia; the dialogue had been dubbed into Italian.

It’s a pretty odd movie, and was apparently not a success at the time. The befuddling thing is that it’s not clear at all just what the movie is about: Even a half hour in (one third of the movie), there doesn’t seem to be any structure or … plot…

Bergman is so wonderful here; little comedic touches here and there, and a face that’s a magic display for All The Emotions. The cinematography is totes gorge, and it’s just engrossing.

Part of the fascination with this movie may be just with the fantasy of an unspoiled tourist Italy, and being able to travel around like Bergman, and having old Italian men explain everything to you.

As a bonus, the My Dad is 100 Years Old short (by Isabella Rossellini) is included. It’s just as weird as you’d imagine: Roberto is represented by a talking stomach.

Anyway, I looked up who voted for this movie, and among the nine directors is Joanna Hogg, who voted like this: I think she has like the best taste in movies ever! That is, I haven’t seen all of those movies (Midnight, Portrait of Ga and Taipei Story), but the ones I have seen are wonderful. So I guess I should get the remaining three after I’m done with this series… Hm… Oh! I’ve got this movie directed by her, but I haven’t seen it yet. Well, I tried to make the Brass Rail with this very odd rum instead of Bacardi… … and it wasn’t very successful.

I think I have to give up on that rum for cocktails. It’s just too too.