Just and endless stream of spammers sending spam to addresses that don’t exist. I’ve often wondered why people who run MTAs don’t just band together and work out was to just ban these obviously horrible spammy monsters from the interweb totally!

Surely that has to be the right thing to do! 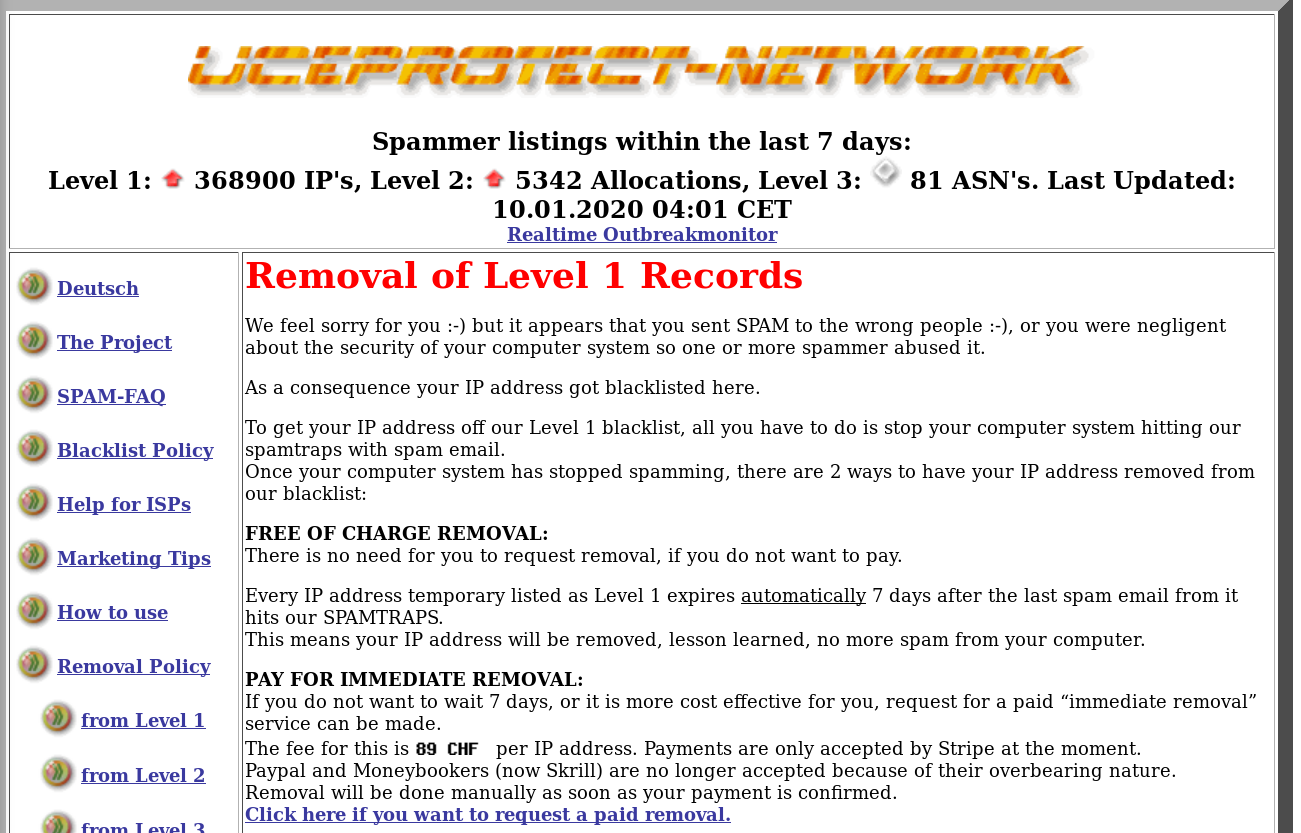 And even more amusingly: Both of the services I ended up on (that I checked) claims that I sent messages to spamtrap addresses: 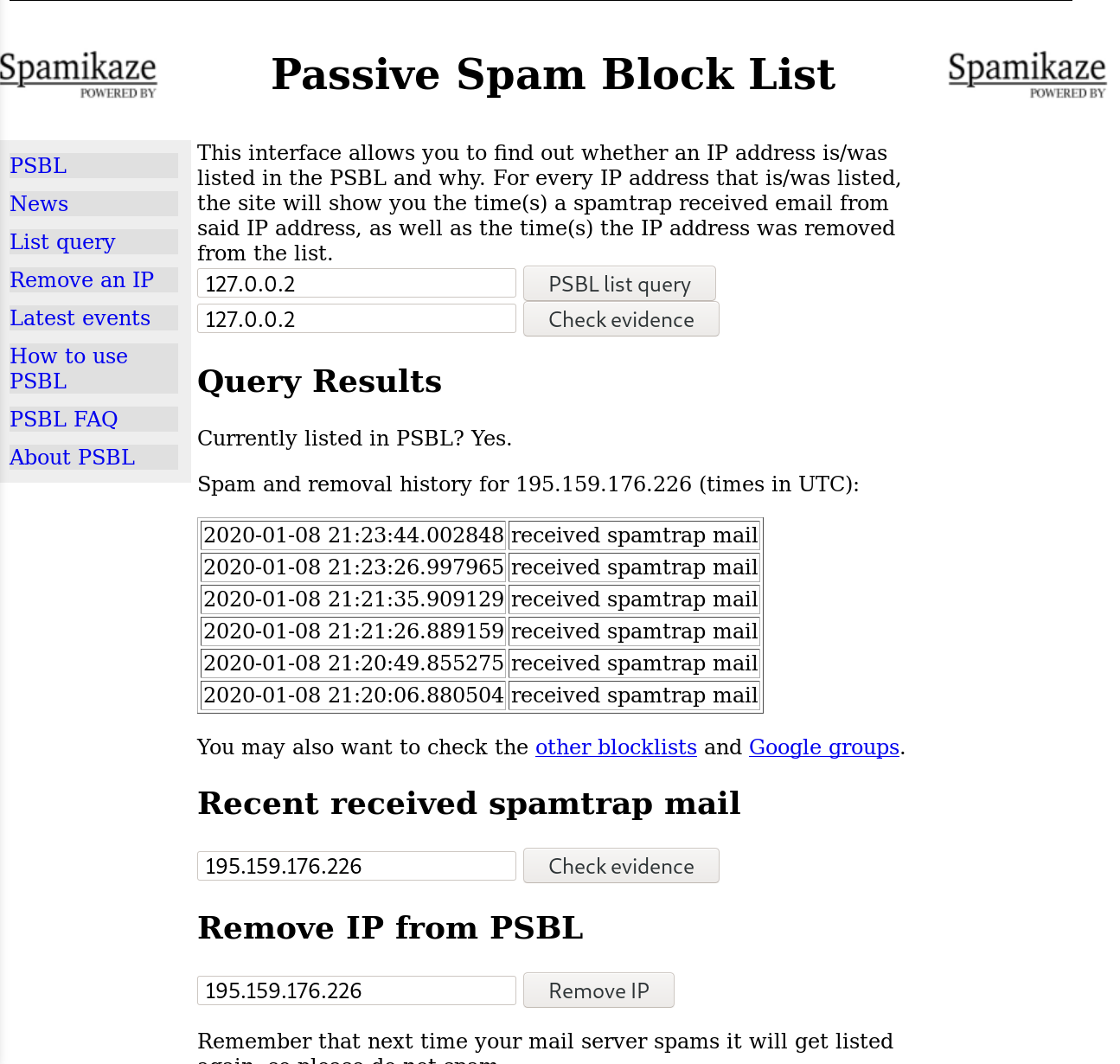 Since I’ve just sent messages to present and former mailing list admin addresses, I think the only way to interpret this is that people have implemented what I’ve been dreaming about all these years: Ban those nasty people that send messages to addresses that don’t exist.

Isn’t that ironic? Don’t you think?

Anyway, only a handful of mailing list providers seem to rely on these bans totally, and the only significant one seems to be OpenBSD. So I guess these won’t be there when news.gmane.io moves to the new address.

On the other hand, they can probably be resubscribed when the move is final, as the new IP won’t be in these “spamtrap” RBLs.