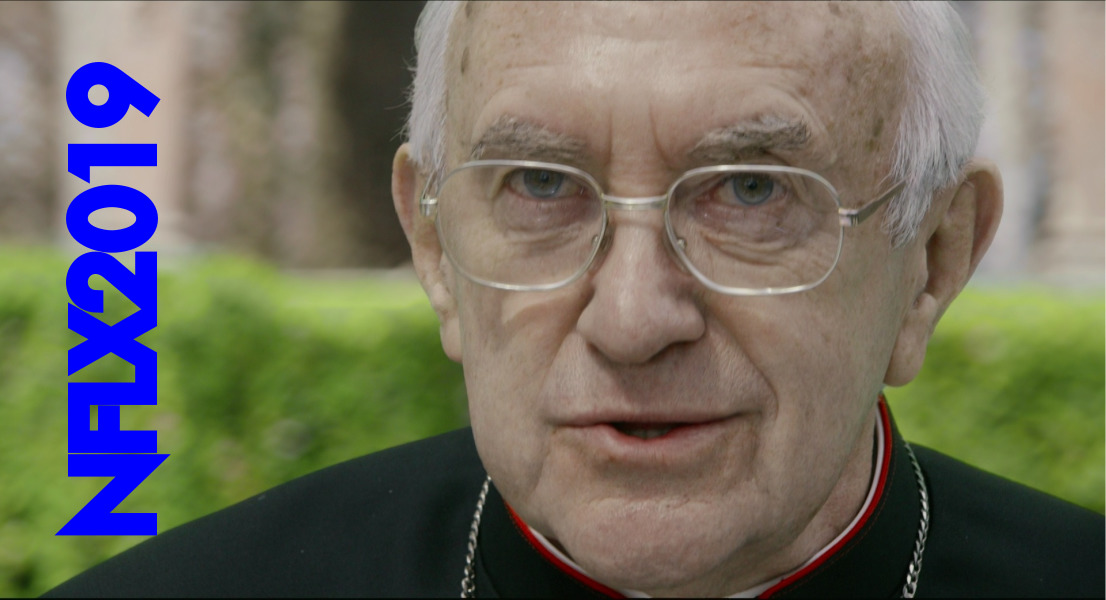 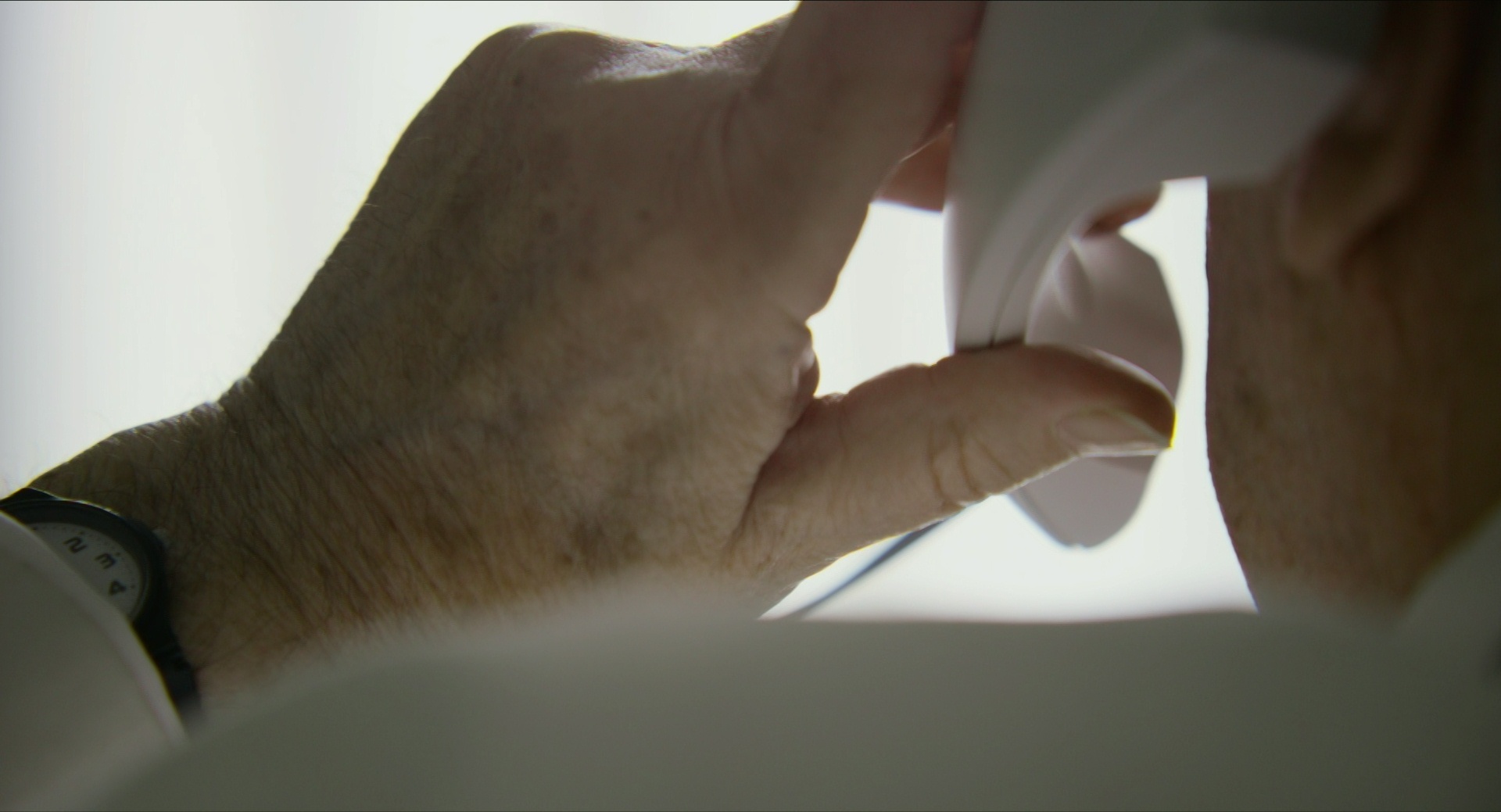 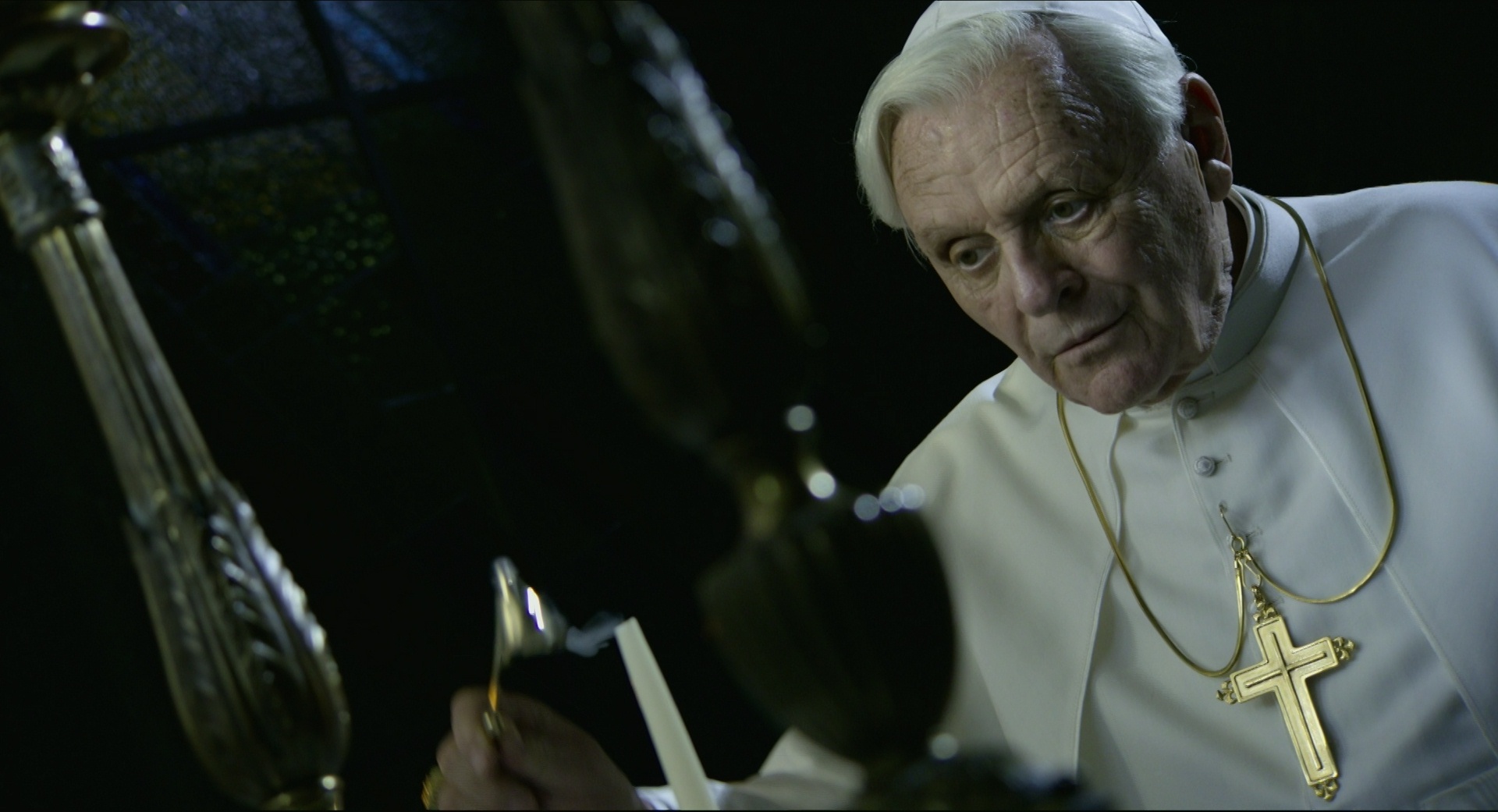 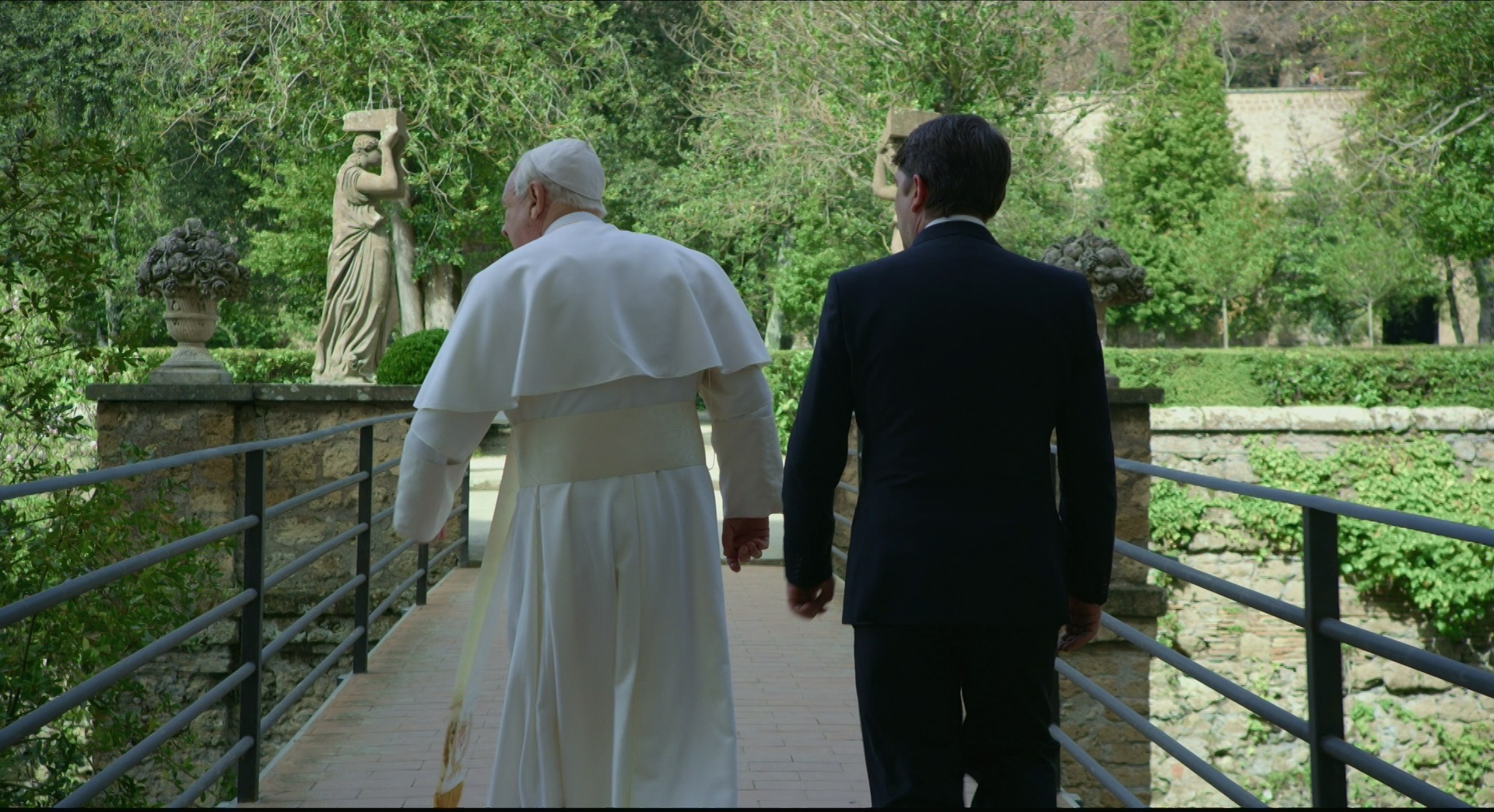 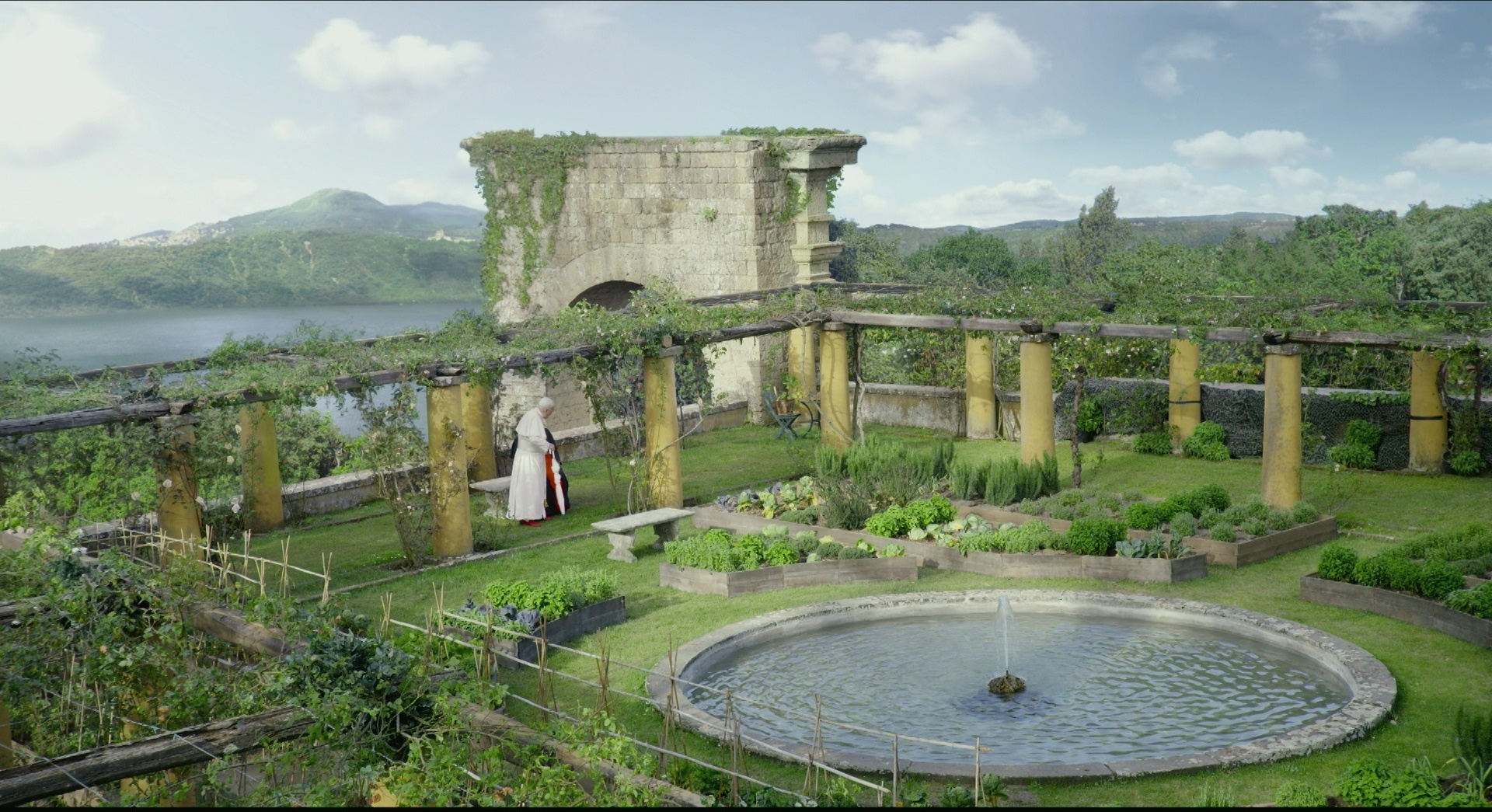 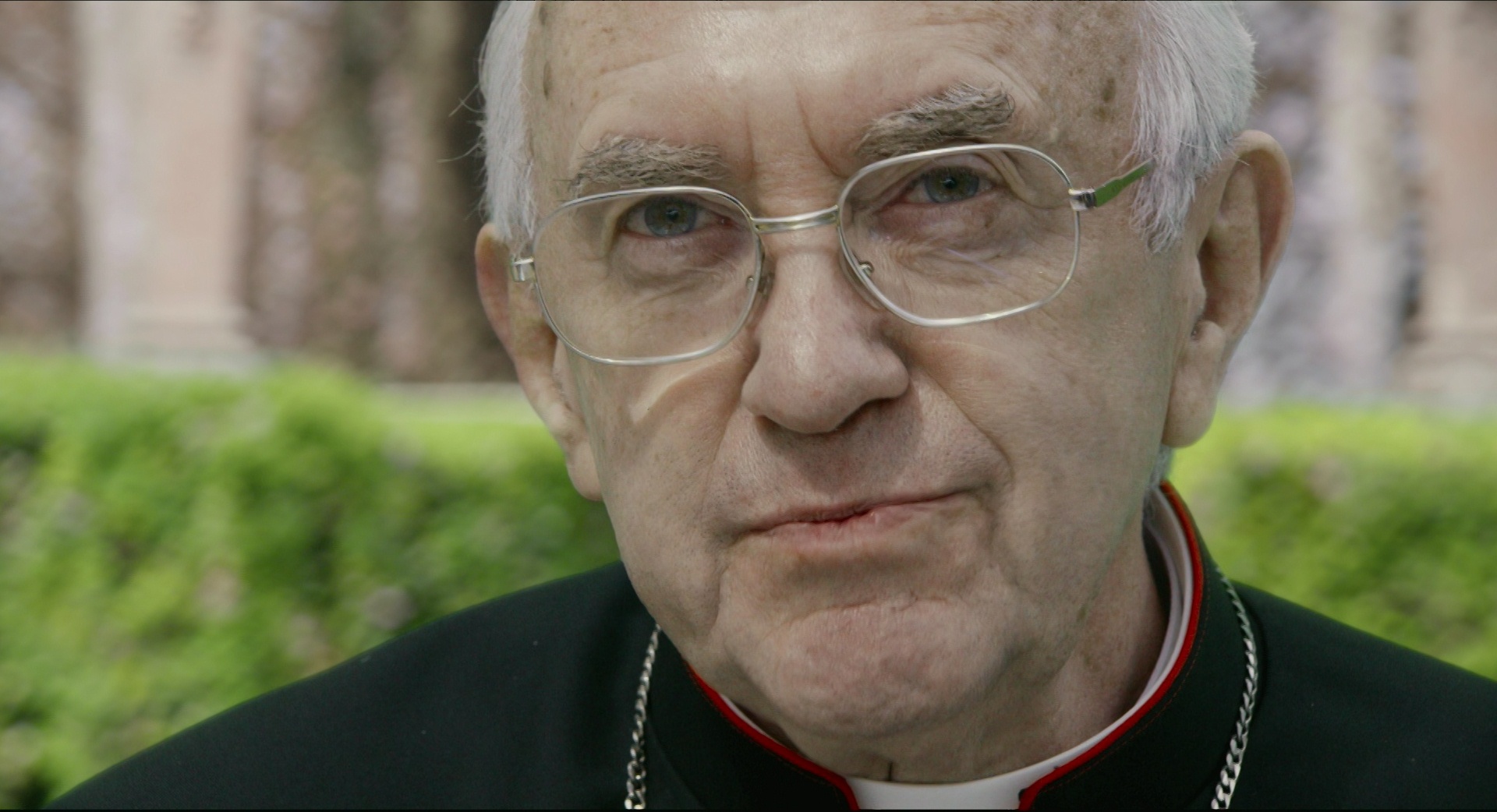 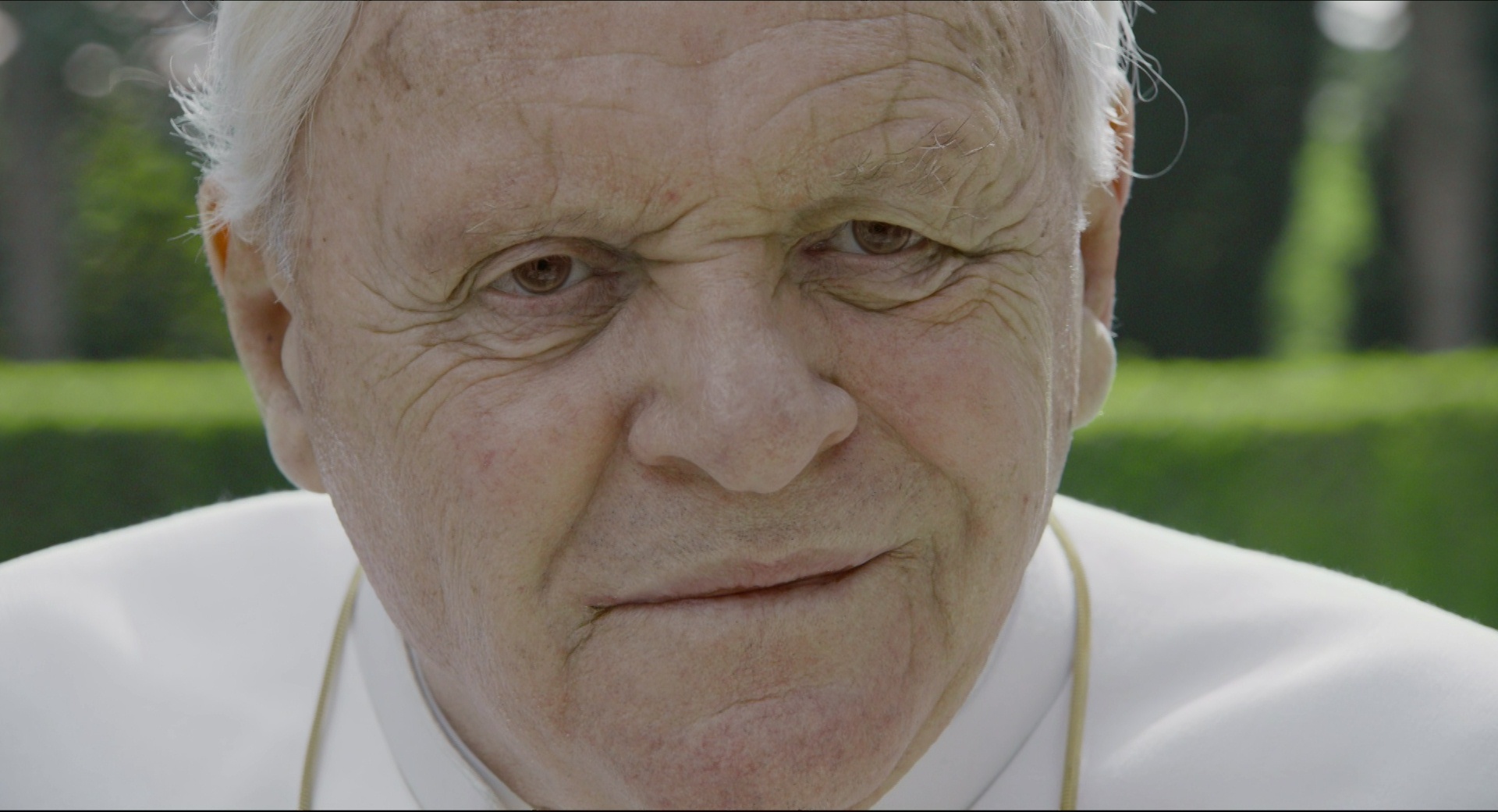 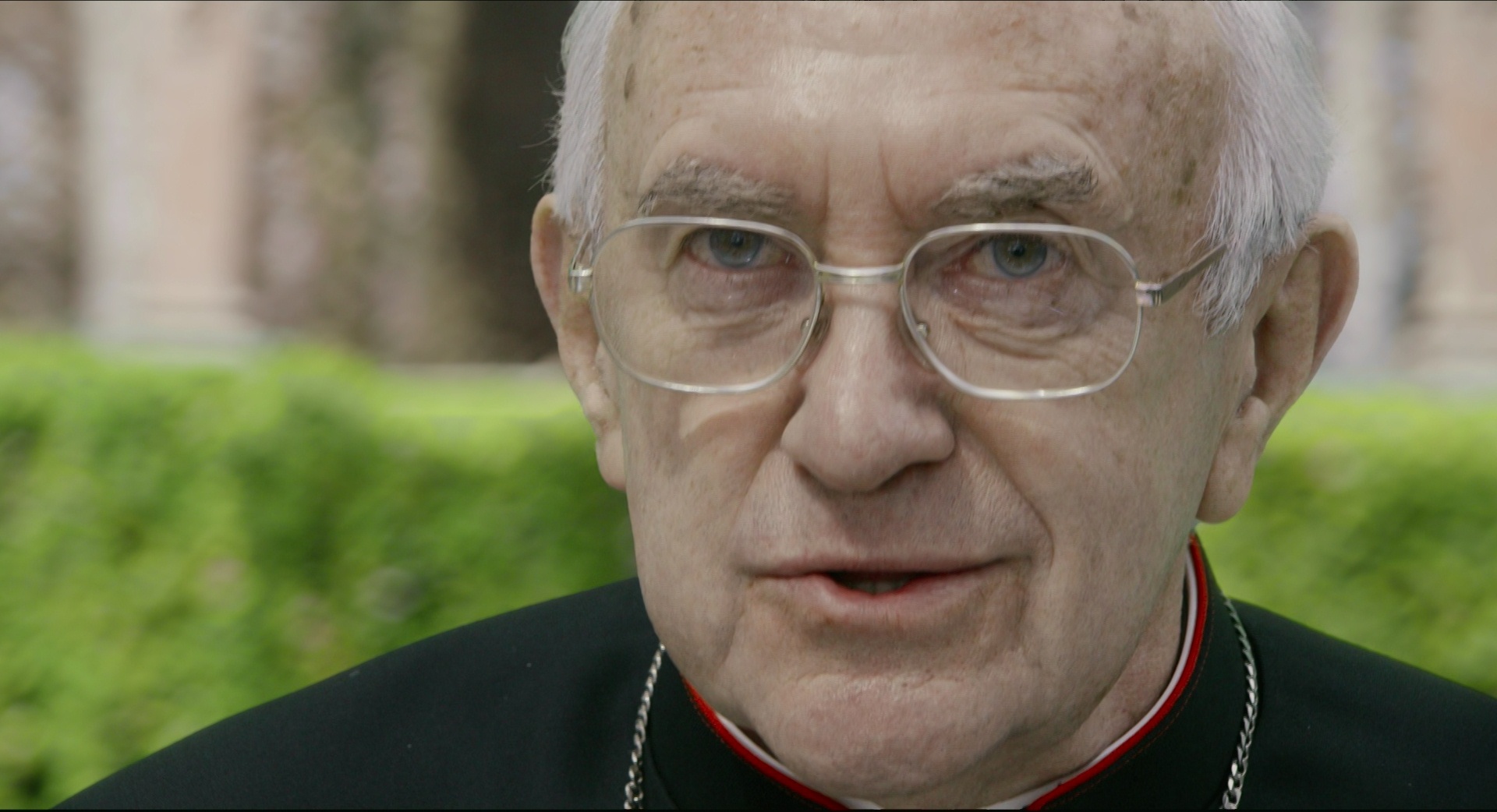 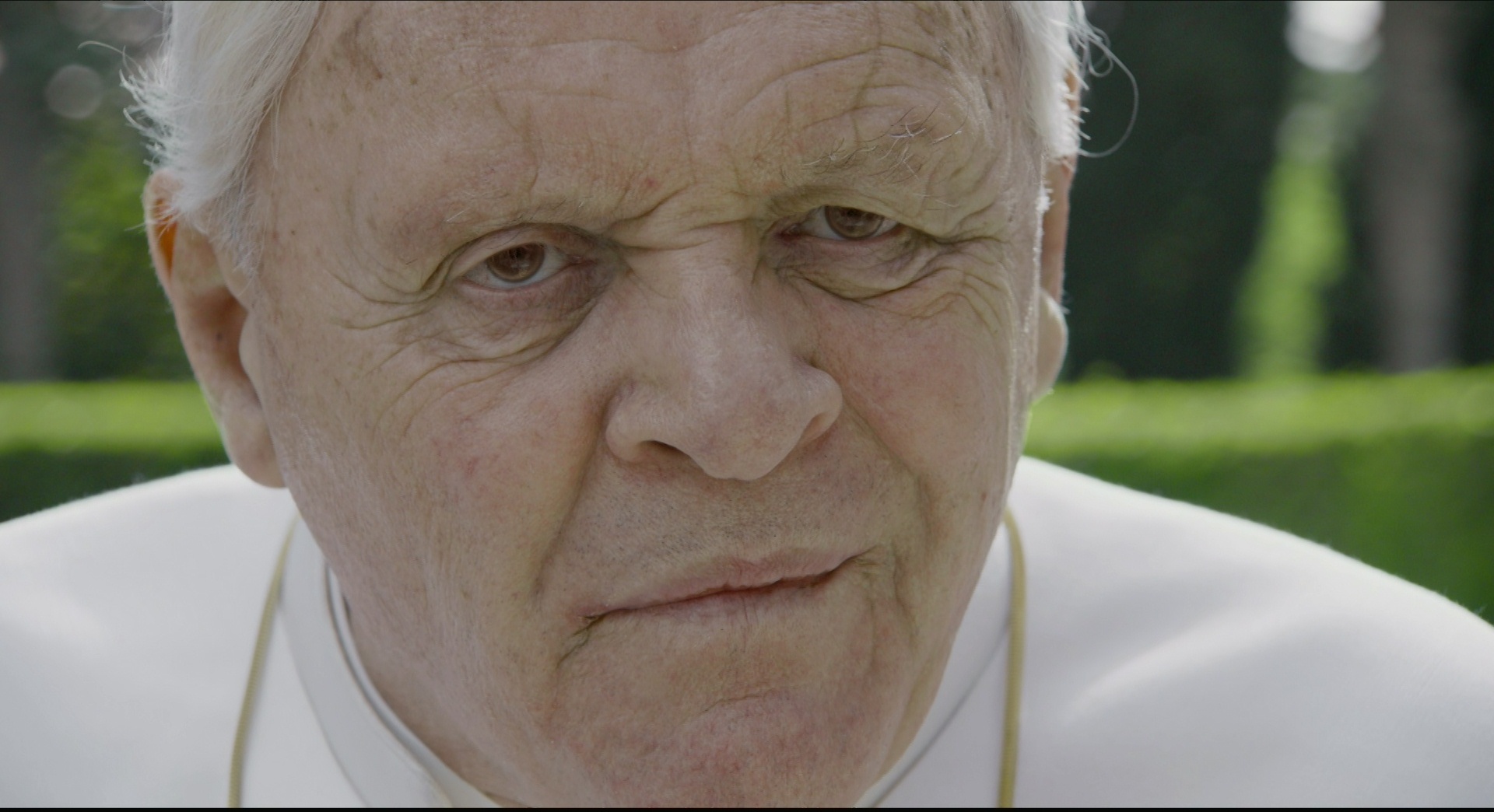 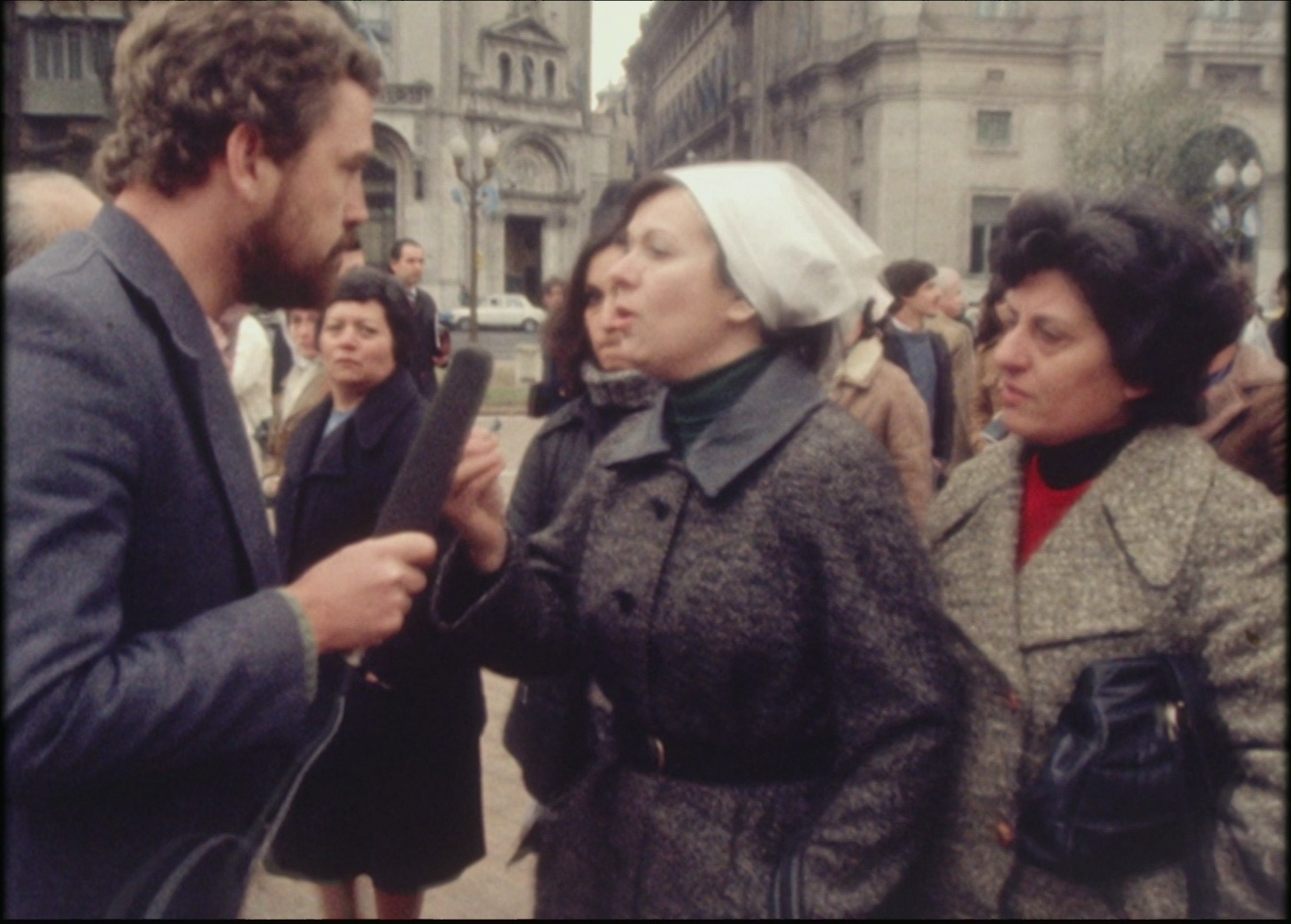 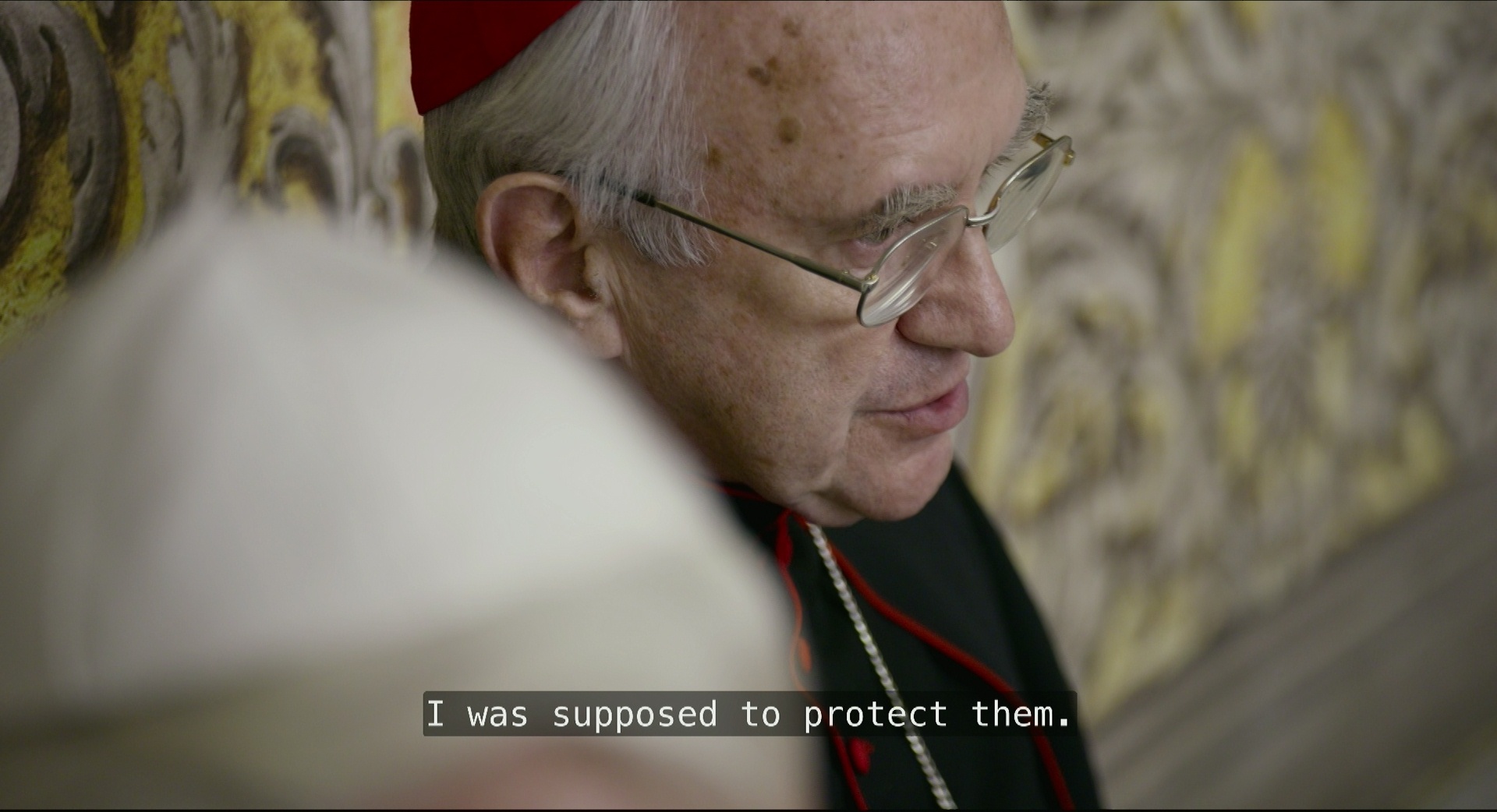 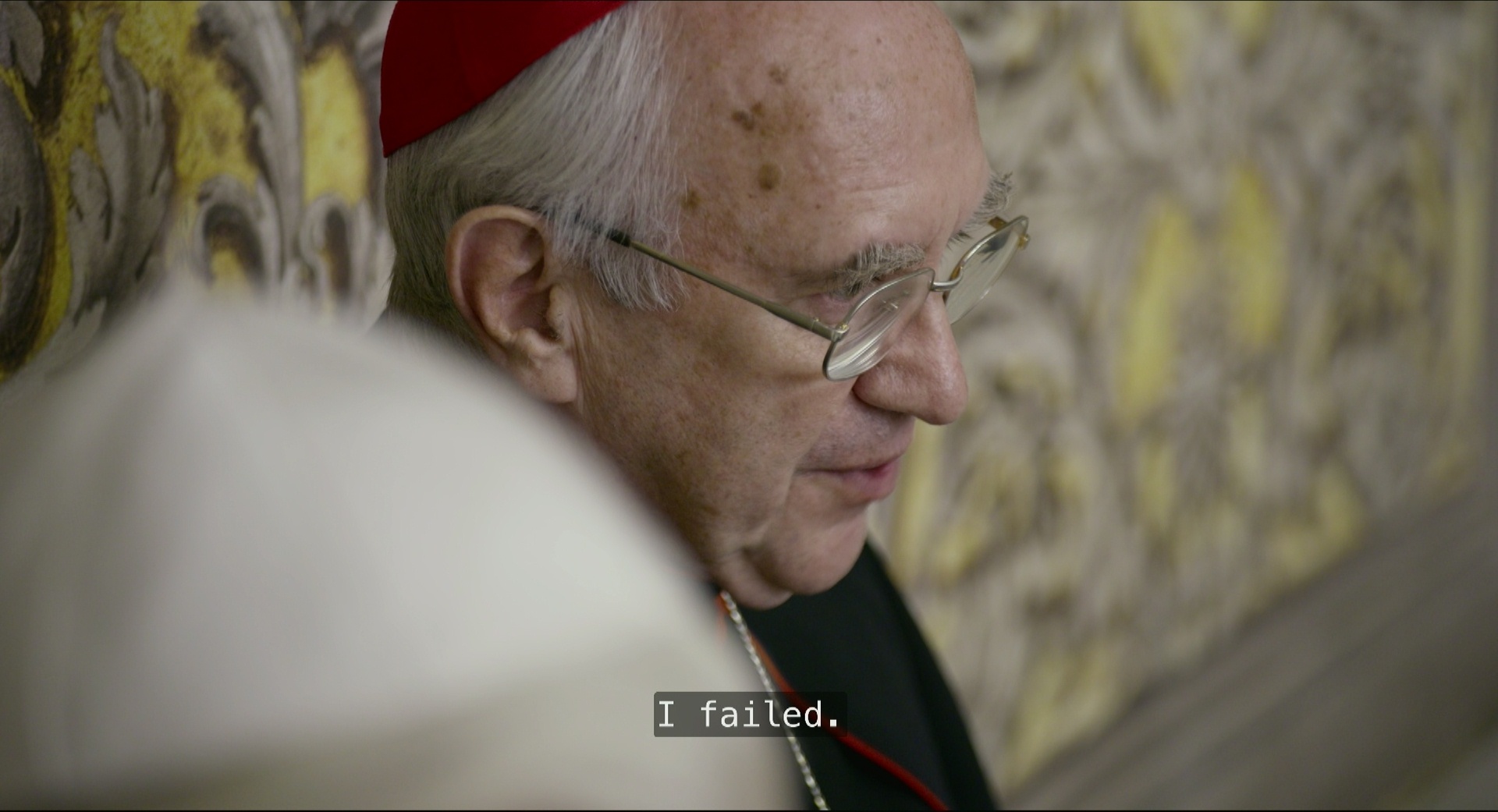 Oh, fuck. This is that Catholic propaganda movie?

OK, perhaps it’s watcheable anyway? I mean, the Riefenstahl movie was pretty good. This is also one of the few Netflix movies that has gotten some attention in the media, so it’s a movie Netflix has pushed hard, I guess.

While typing this, I’m five minutes in, and it seems like it’s made in a typical mockumentary fashion…

I’m shocked that the movie isn’t in English. Perhaps that’ll change once they get past the preliminaries?

OK, this is pretty funny. I was totally prejudiced to loathe this movie somehow, but the first fifteen minutes, at least, is pretty fresh. 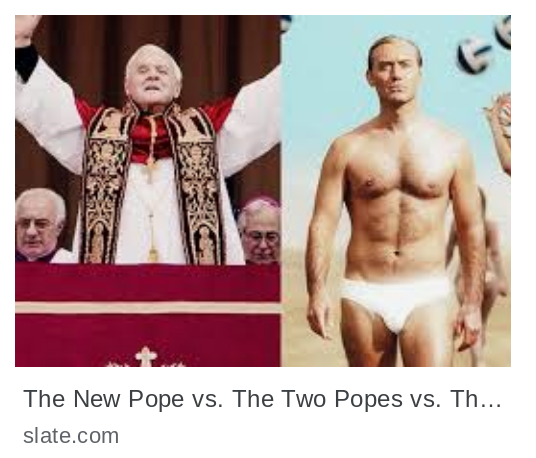 Like I guessed, when we get past the fun opening, and we get to the scenes where the two popes talk to each other, they switch to English… and things become tedious as fuck.

I think you’d have to be religious to enjoy this dreck.

I’ve seen reviews gush about how marvellous the actors are. Hopkins is sleepwalking through it all, while Pryce is doing a Fantasy Wonderful Pope thing (very well). It’s Catholic fan fiction.

I don’t want to spoil the plot, but *shock* it turns out that Ratzinger was kinda a dweeb, but the new pope, Bergoglio, is totally cool.

But he’s a good director. He even manages to make Bergoglio’s behaviour during the Junta seem like personal travails and not cowardice. It’s a magnificent feat, and I guess that for many people that’s what makes this movie something other than two boring people talking to each other about boring stuff.

But that’s what it is. It’s ten minutes of extremely talented emotional audience manipulation, and nine hours of boredom.

Pryce is great, though.