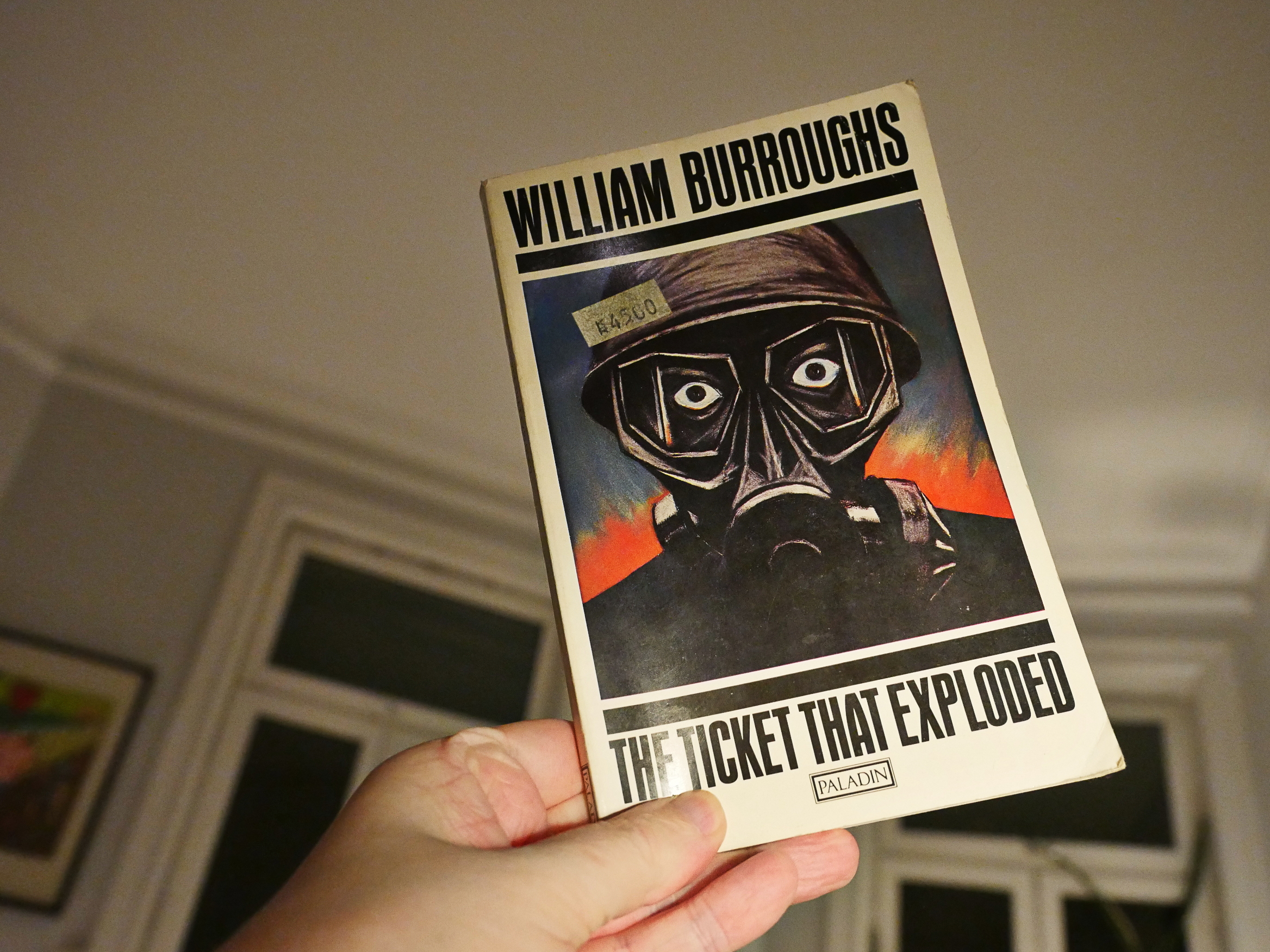 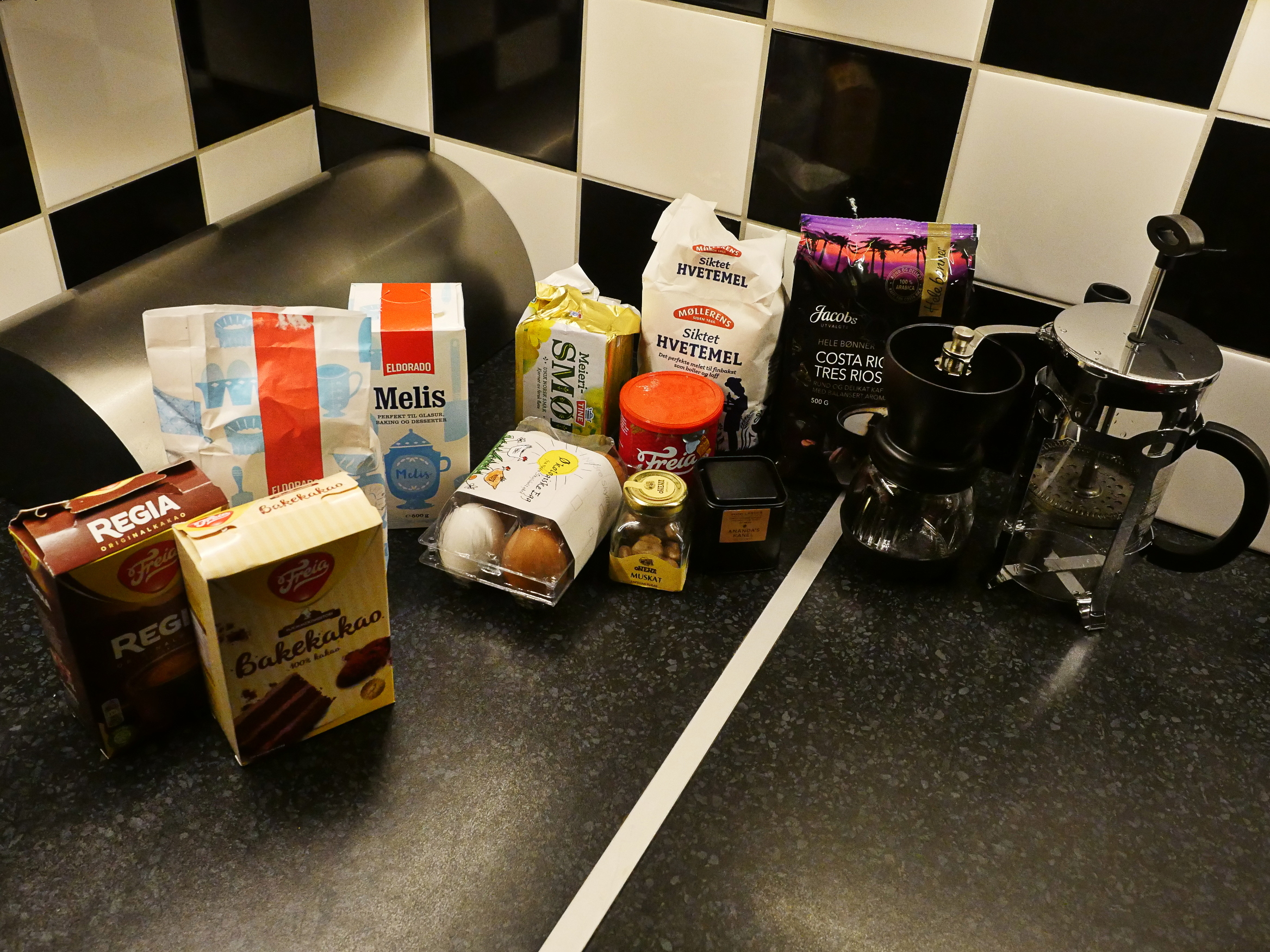 For this week’s cake I’m making something called “tropical aroma”. I know you’re thinking “pineapple and mango?” now, but this is an old-school chocolate cake, and the tropical ingredients are cinnamon, nutmeg and coffee.

And possibly the chocolate. That’s tropical too, right? 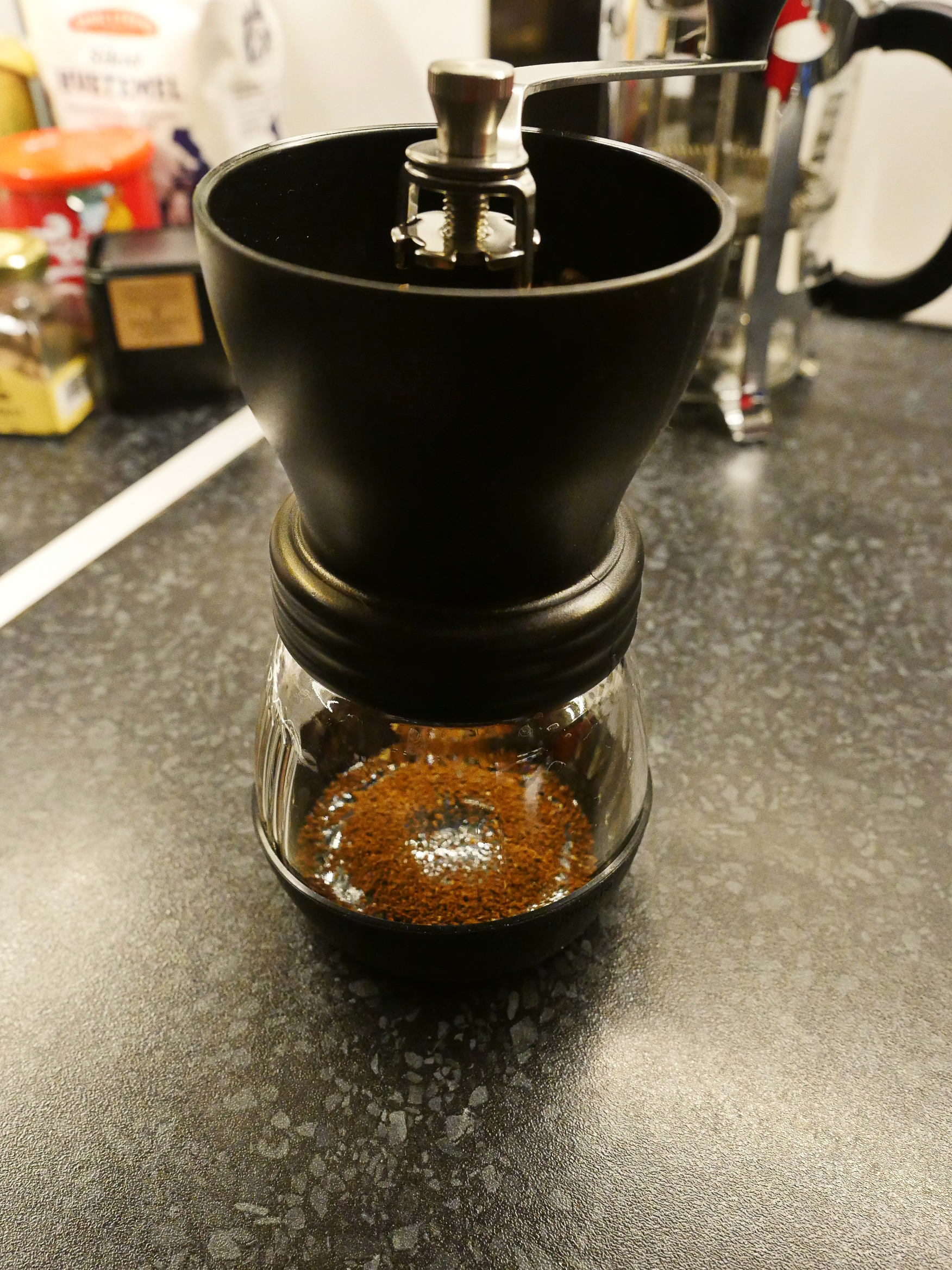 I’m not a coffee drinker (I guzzle tea by the gallons), but I bought this coffee grinder for a cocktail project the other year and never used it, so I thought I’d give it a grind. I mean, go. It’s… a workout? 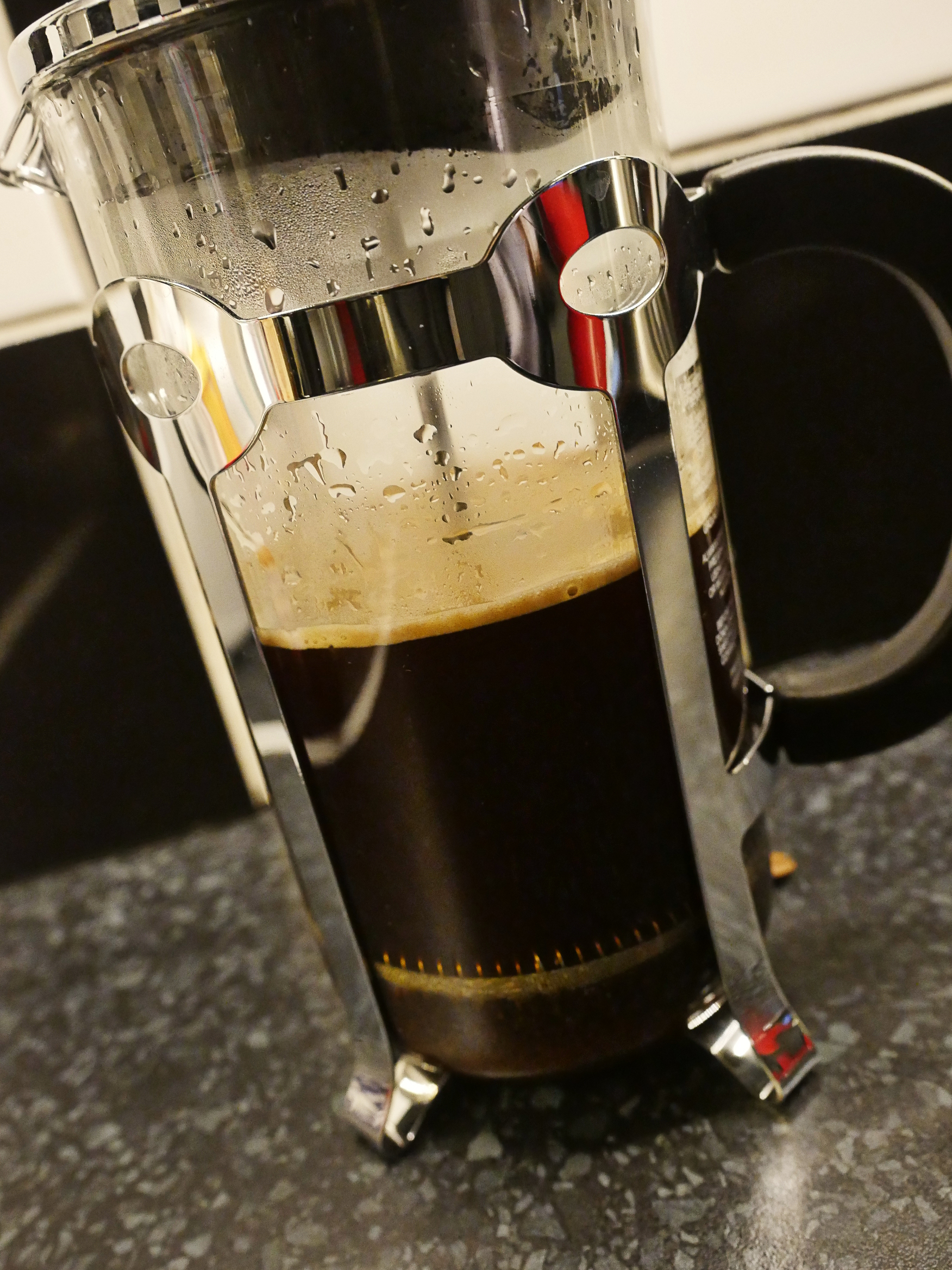 And then I used a press can. As I don’t really make coffee otherwise, I figured that was a safe option. 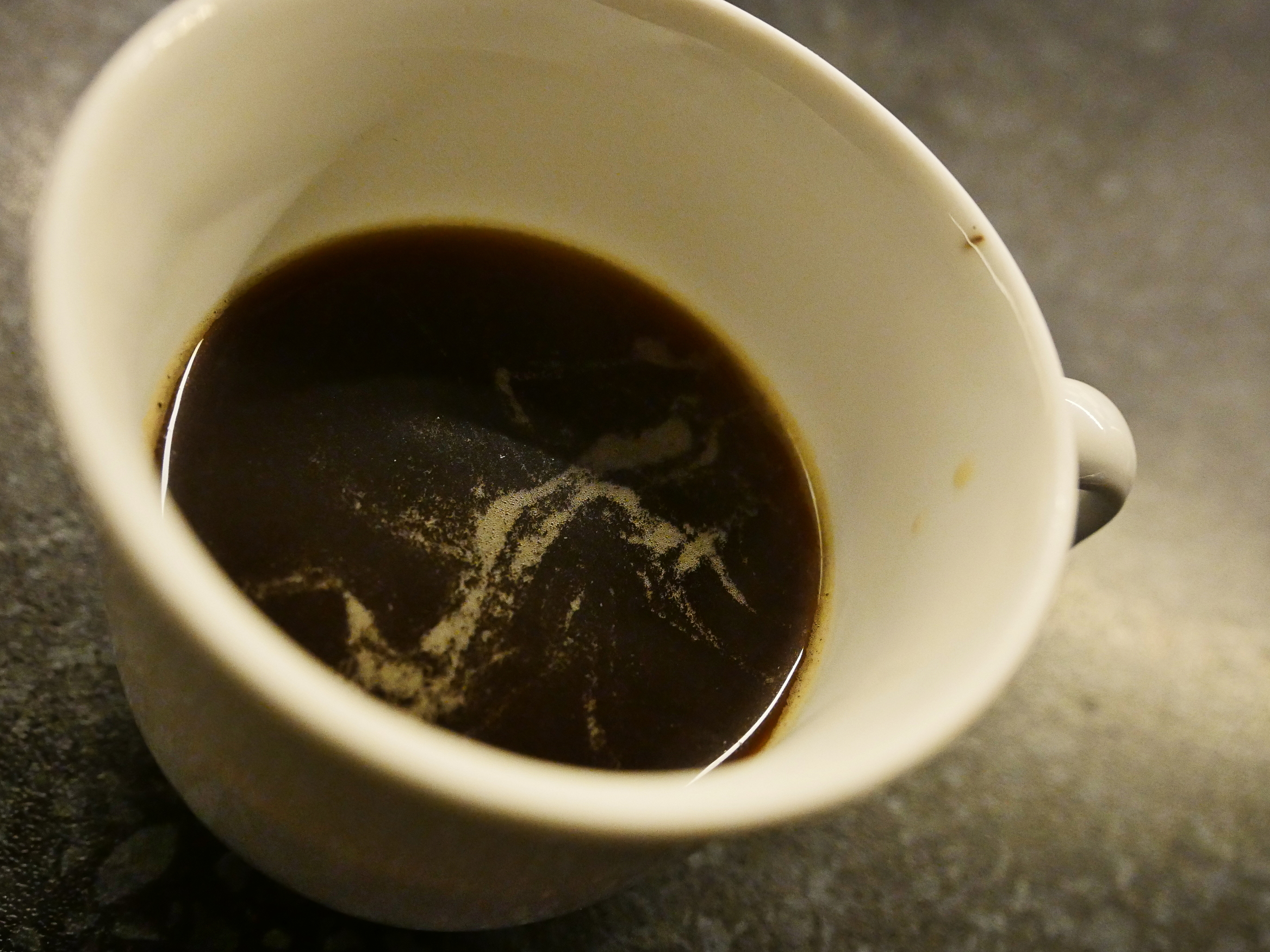 That’s… a very strong coffee? I think? It tasted OK, though, and the recipe called for strong coffee, so I think that should be fine. Possibly. 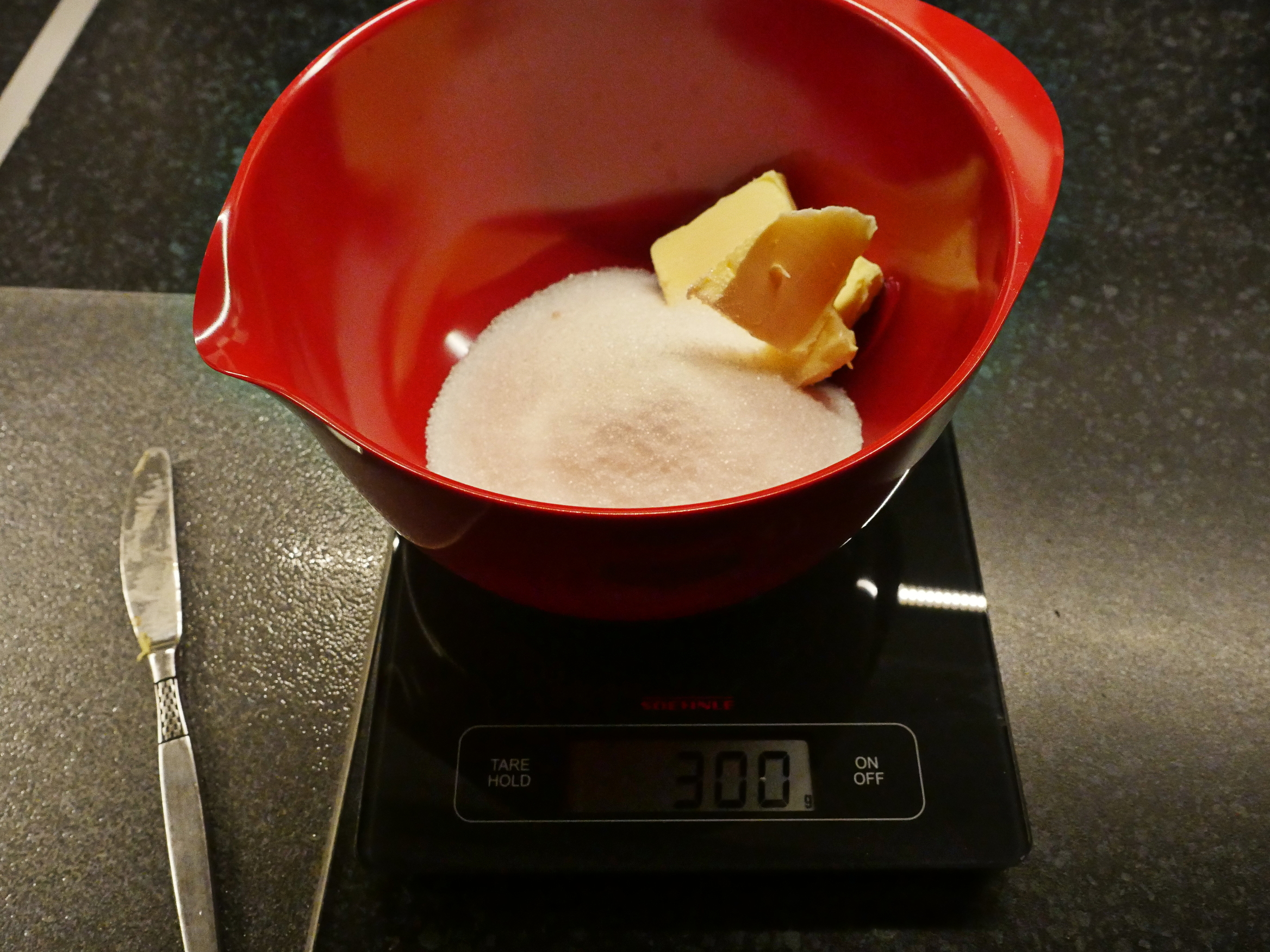 The cake batter is the normal stuff… Butter and sugar… 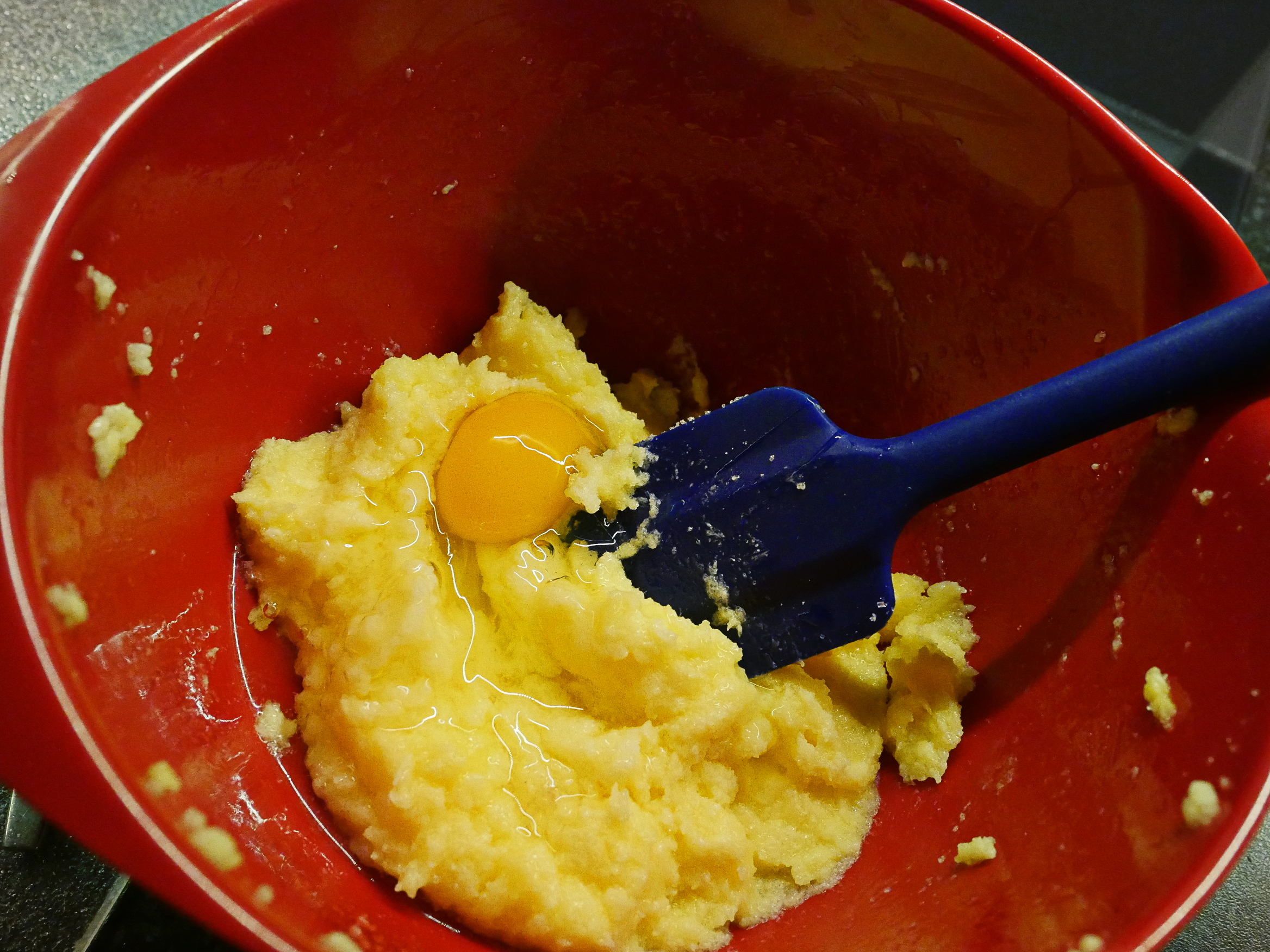 And then whisk in some eggs and flour and stuff. 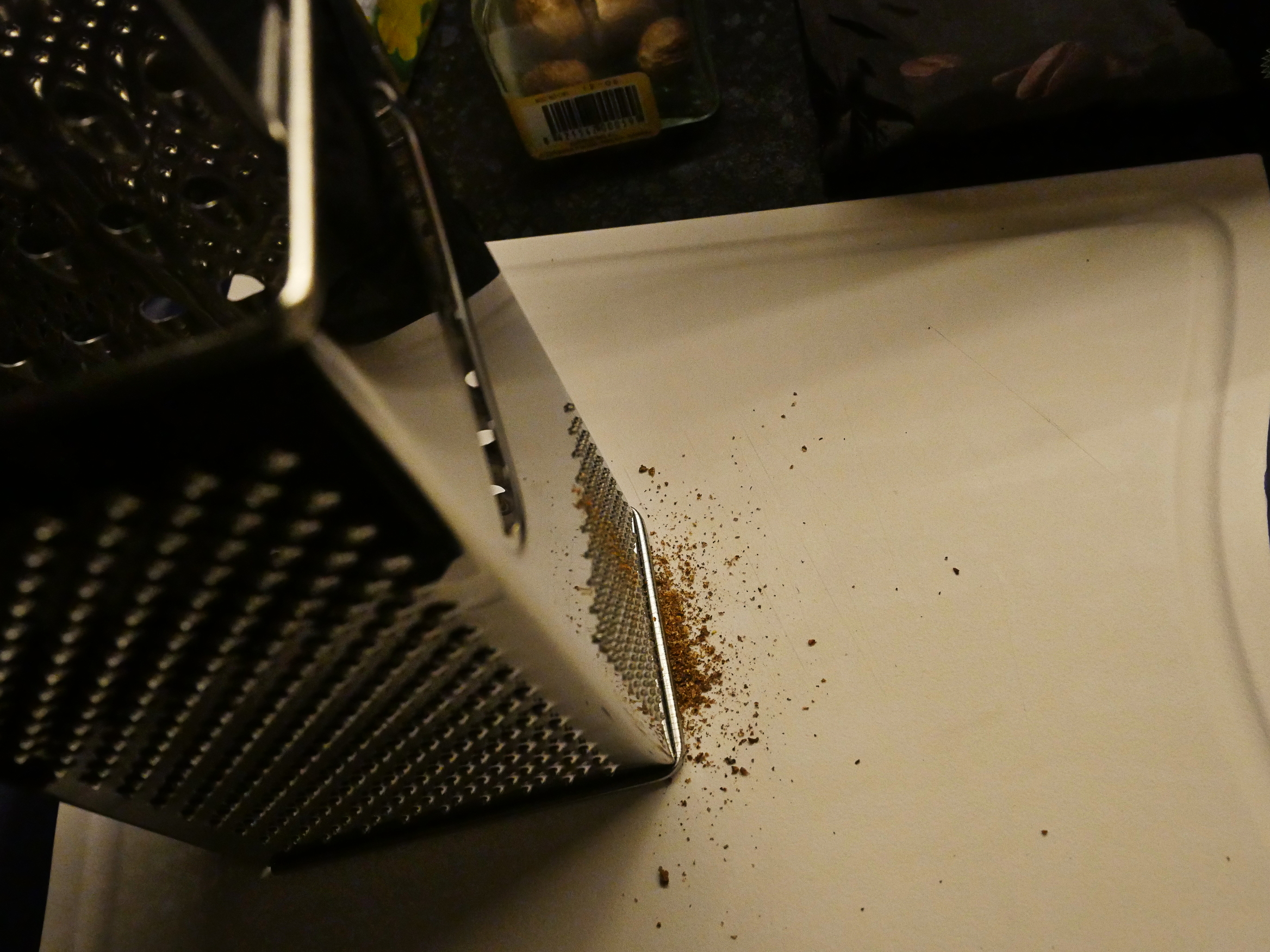 The recipe calls for a teaspoon of nutmeg, and I started grinding away manually until I remembered that I have a Kenwood. 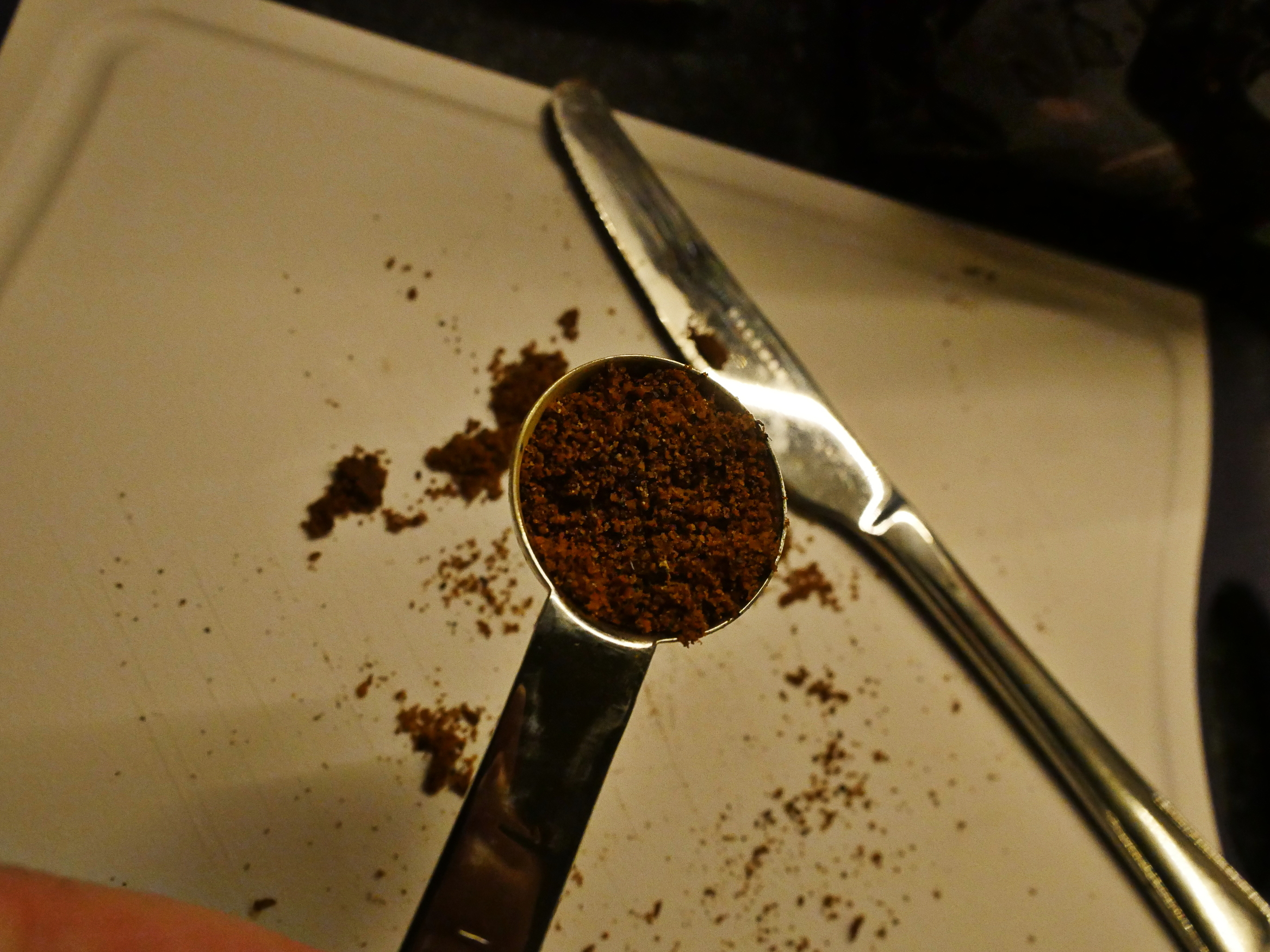 So I ground up a nut, and that was a teaspoon. I thought that was an insane amount of nutmeg, but I checked five different recipes and they all said to use that much. 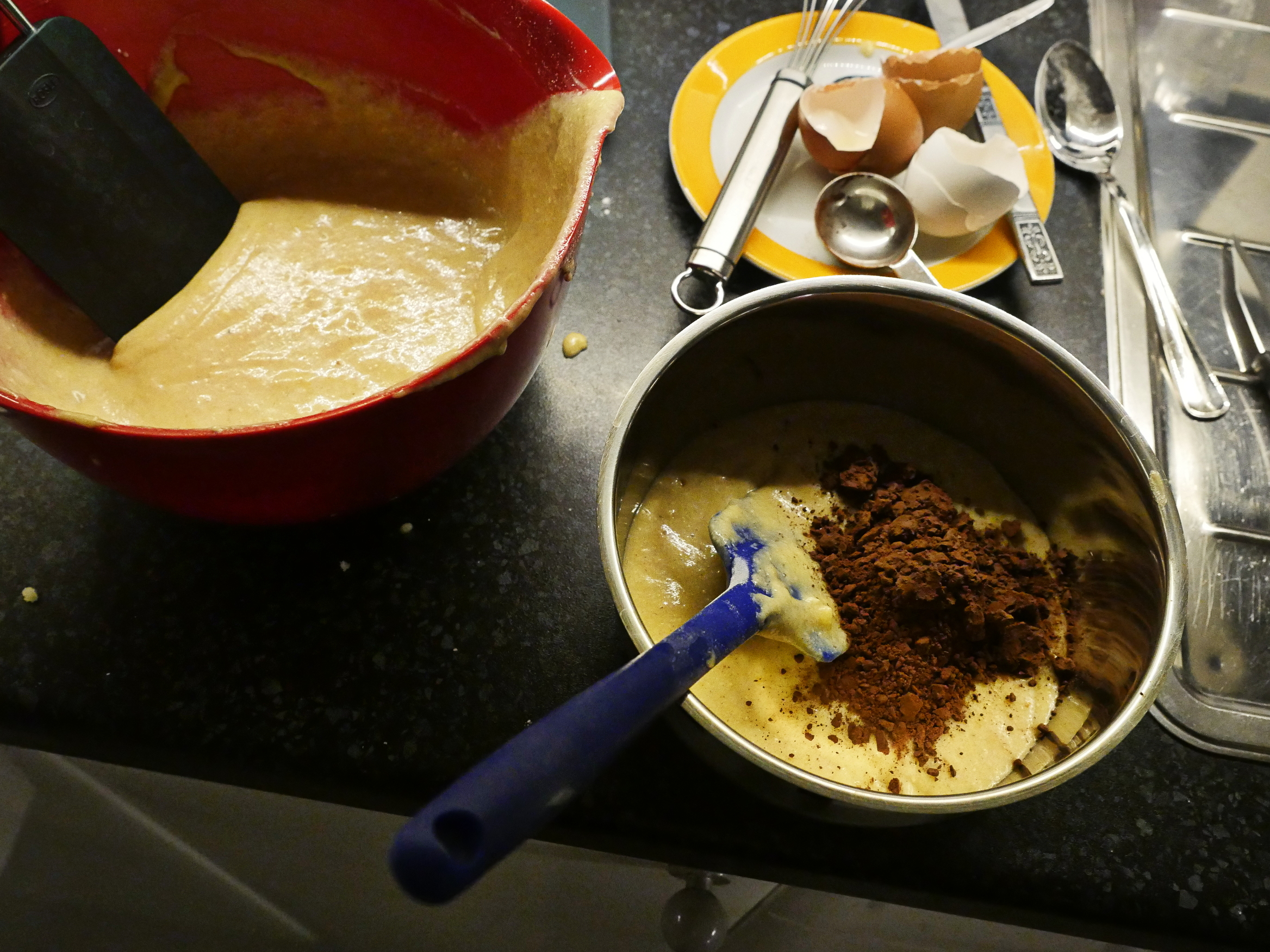 After mixing everything together, I separate into two bowls, and add cocoa powder to half the batter. 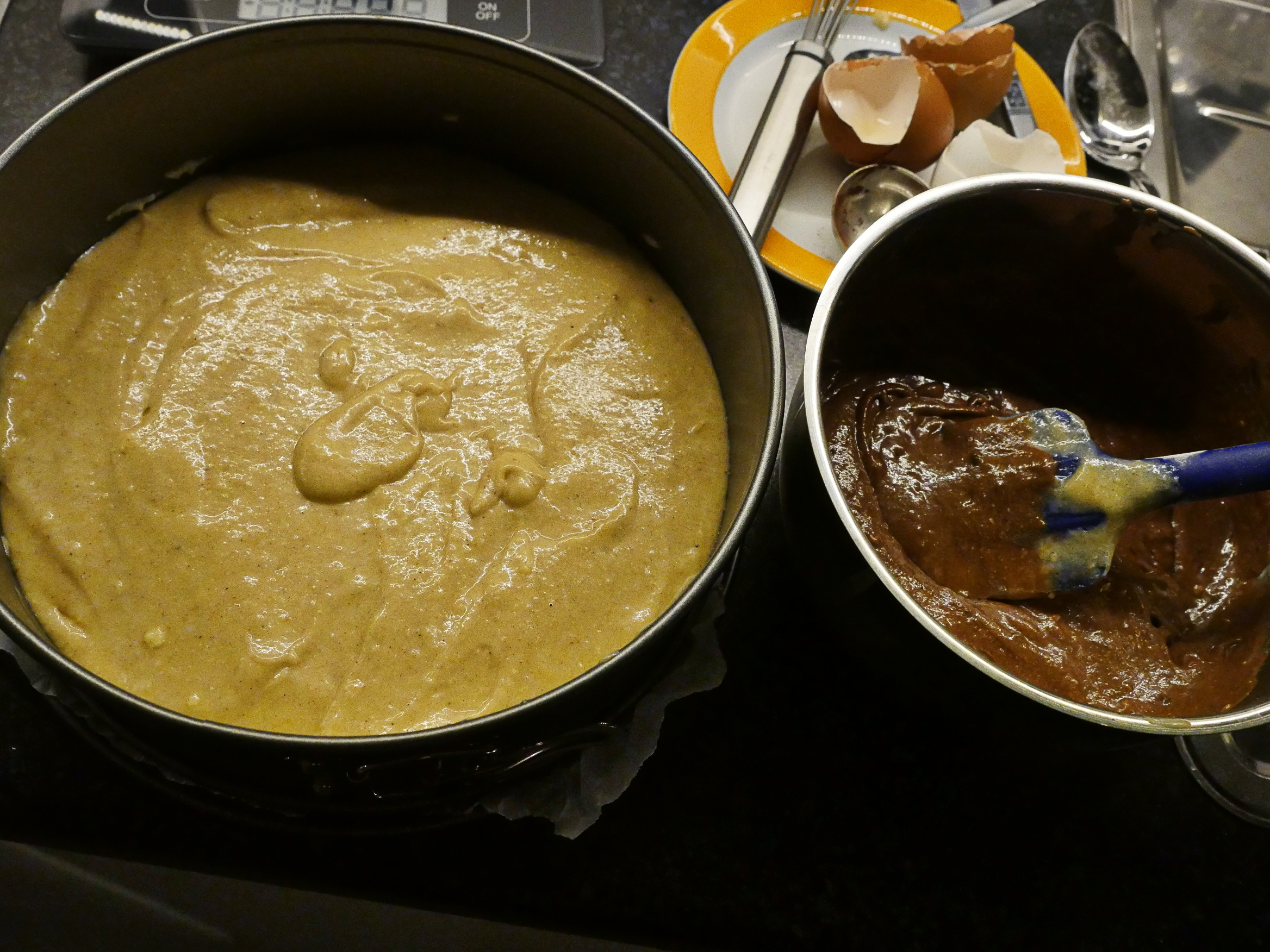 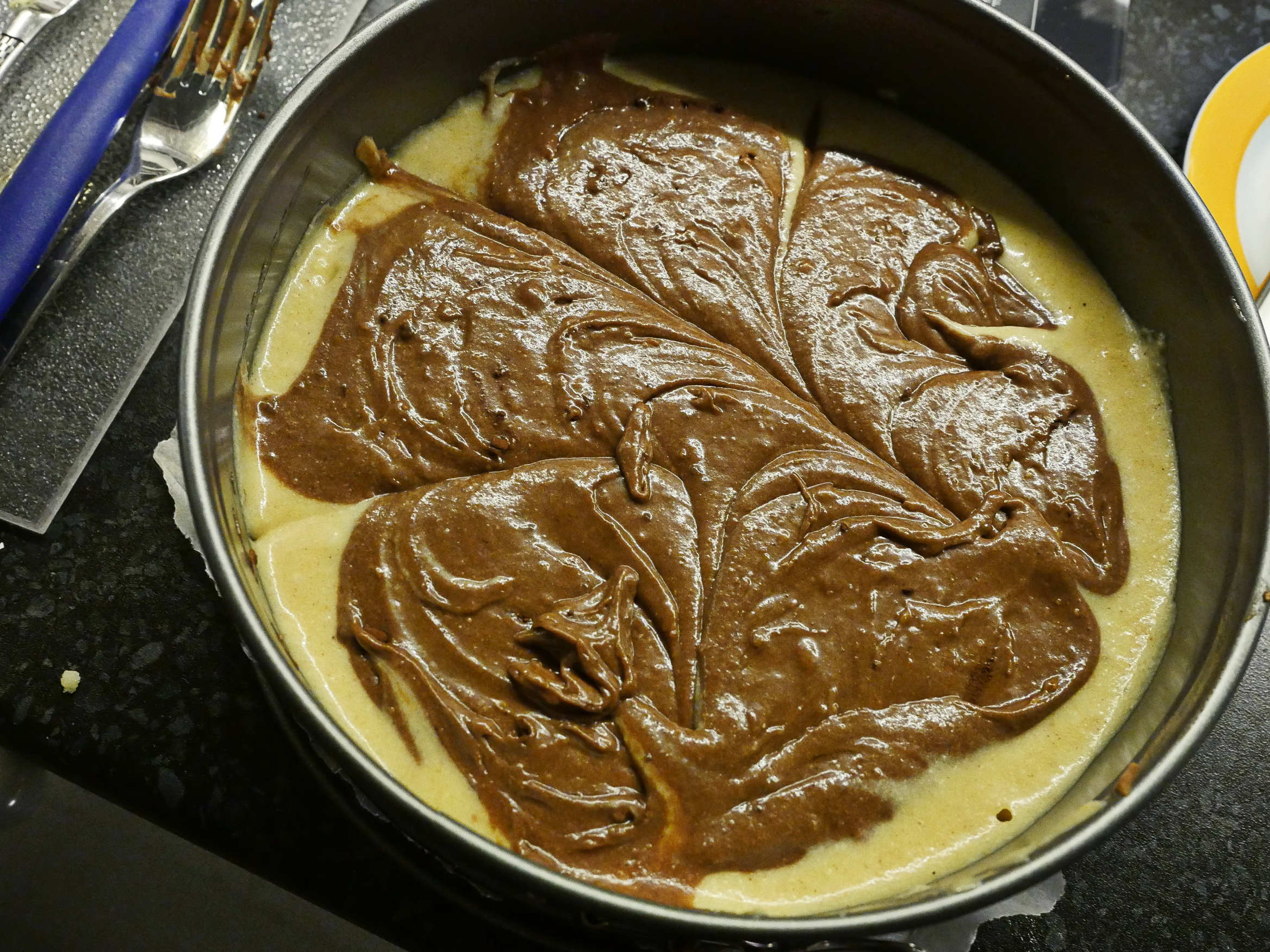 But very roughly and poke at it with a spoon to allegedly get fun patterns. I don’t quite understand why, but let’s go with it. 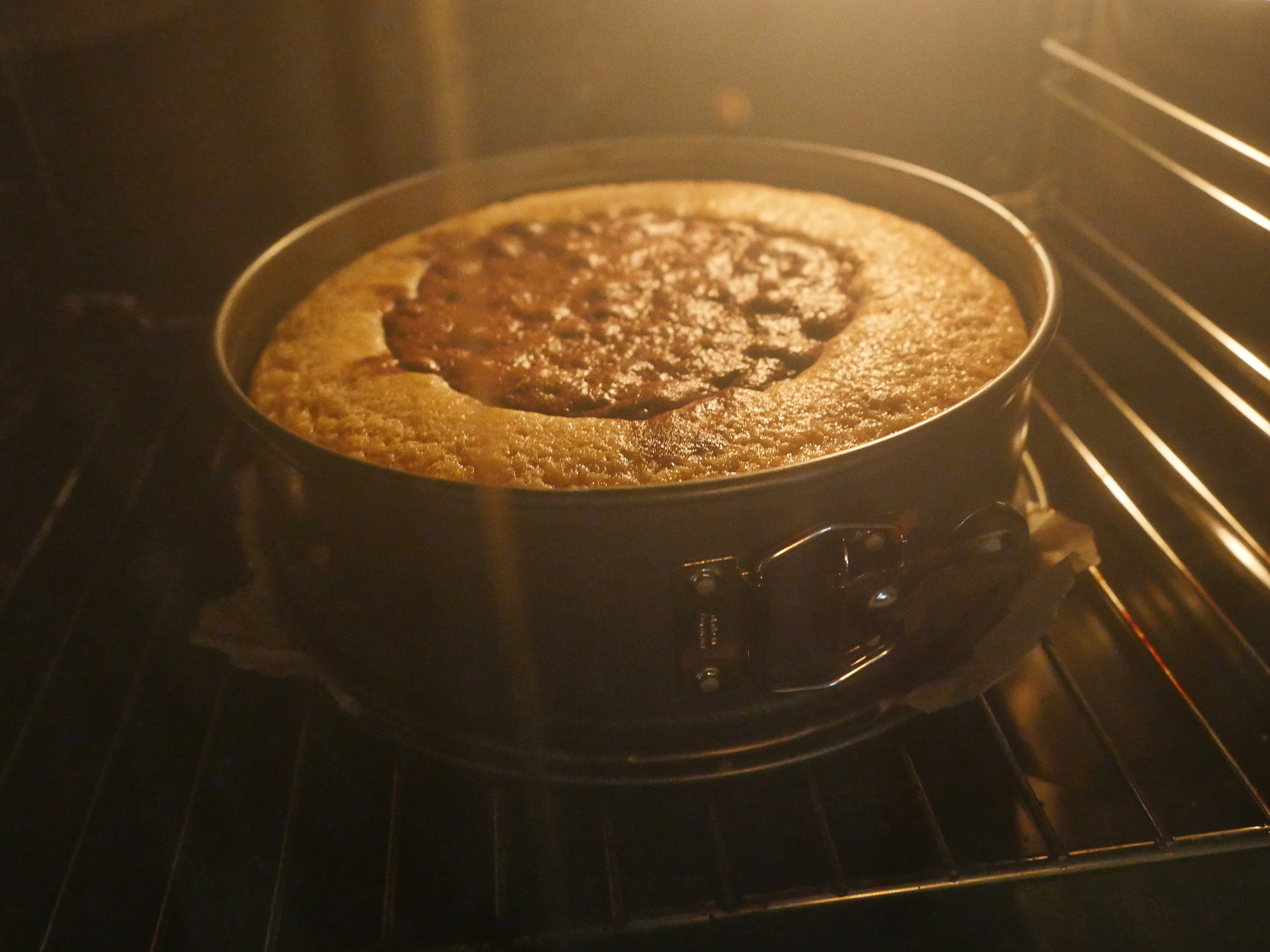 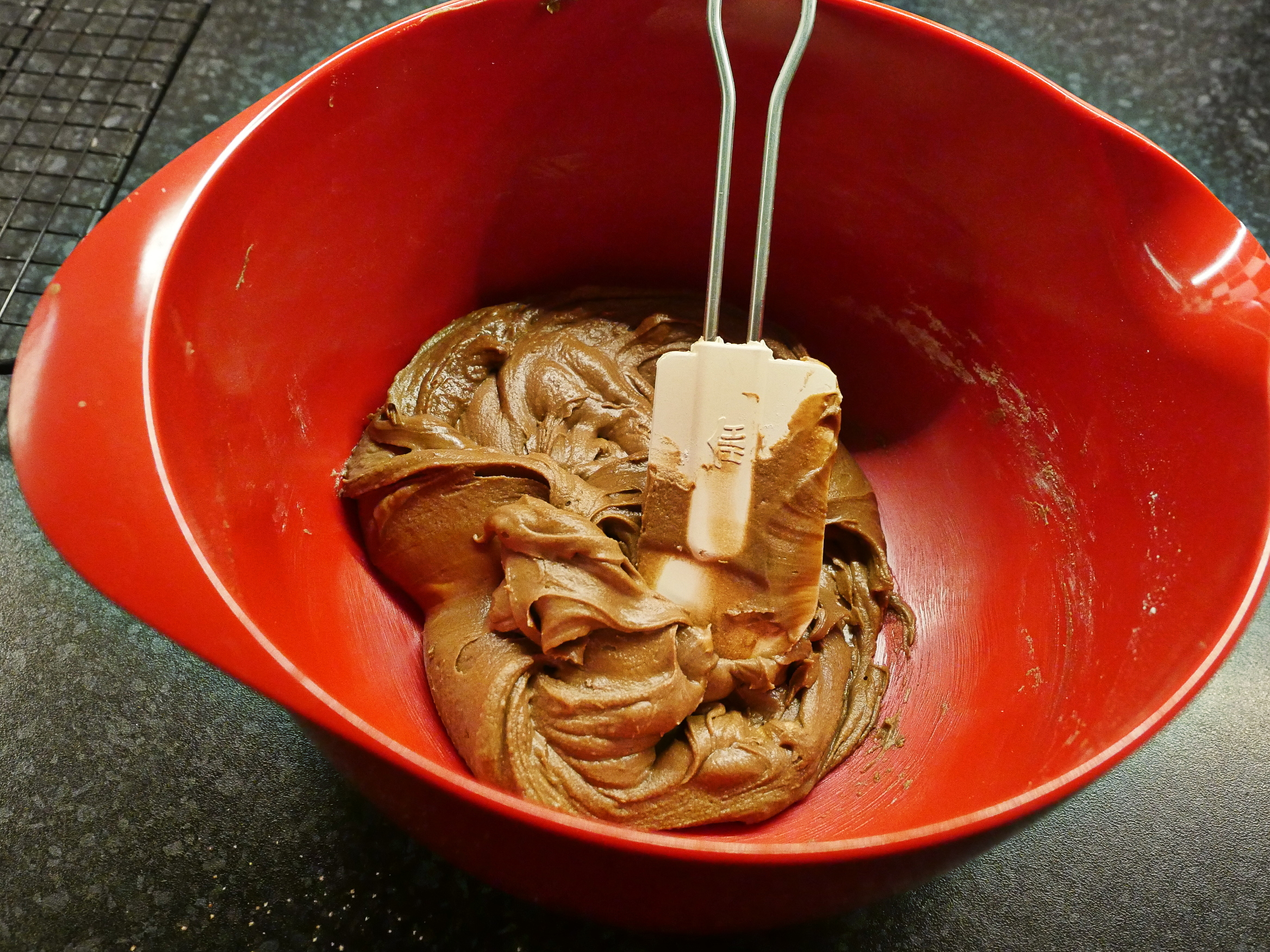 Decoration time! I should get a job in a pastry shop, eh? Eh? As a scullery maid, you say? What? Rude!

OK, when you cut the cake, it’s less undifferentiated. But now I have to pick a book! Quick! I want to taste the cake! It’s slim pickings among the oldest, unread books now… and, man, what a lot of dust.

So I choose The Ticket That Exploded by William Burroughs, the second in this blog series.

I think this may be the oldest book in the collection: From the indicia, it may have been printed in 1986 (or sometime later), and the price tag has a somewhat oldee fashionee look.

I think the reason I’ve avoided reading it for over 30 years shouldn’t need an extensive explanation: I’d read Naked Lunch and enjoyed it, which is why I’d bought this book, probably, but Burroughs is… you know… a bit difficult. The Place of Dead Roads was pretty straightforward, as it turned out, but this is classic Burroughs. Let’s read the first two pages together: But you can’t not enjoy sentences like “He had been meaning Sexexcellency Sally Rand cunning Navy pilot Alan B. Weld two acts for three saints in outer space proudly registered in Phoenix was it are you sure that’s right infectious night biter Mo. 18 I’m going to answer the doorbell definitely definitely the first time in thirty years Houston’s outbreak the first time in who said Atlantic City?”

The introduction by John Calder says that Burroughs’ cut-up technique (started in Naked Lunch and developed in The Soft Machine) here was used more extensively. But I wonder whether sections like this is Burroughs just transcribing, verbatim, overheard conversations or snippets from TV, intermingled with the narrative (FSVO) he’s going for. It’s not all like that, of course, because Burroughs isn’t Gertrude Stein. He’s more easy going.

But how does it pair with the cake? Hm! That’s… quite a lot of nutmeg. On the first bite I went “this is way way too much”, and then either my taste buds were knocked out, or the coffee icing started complementing the nutmeg, because after getting halfway through the first piece, I thought it was jolly good. Nice and moist and lots of chocolate and coffee flavours.

If I’m making it again, I’m cutting back on the nutmeg, though, and perhaps making the coffee a bit weaker, to allow the chocolate flavour to shine more through.

And it’s perfect for reading Burroughs: Strong and weird. I think this may be the most abstruse Burroughs book I’ve read… but it’s a fast read nonetheless. It has a certain flow, especially if you read it in Burroughs’ voice, and there’s not really much there to puzzle out. It says what it says. And you get some footnotes. And we get a little essay about cut ups. The thing is — it’s a miasma of words and scenes, but then you get these sudden flashes of narrative that almost make sense. It’s… pleasant.

Oh, “Miranda Sex Garden”? Is that where the band took their name from? Burroughs also inspired other band names, like Soft Machine… and… er… that’s all I can remember… Uhm… Oh, Spooky, That Subliminal Kid? Is that from here, too? I don’t know. 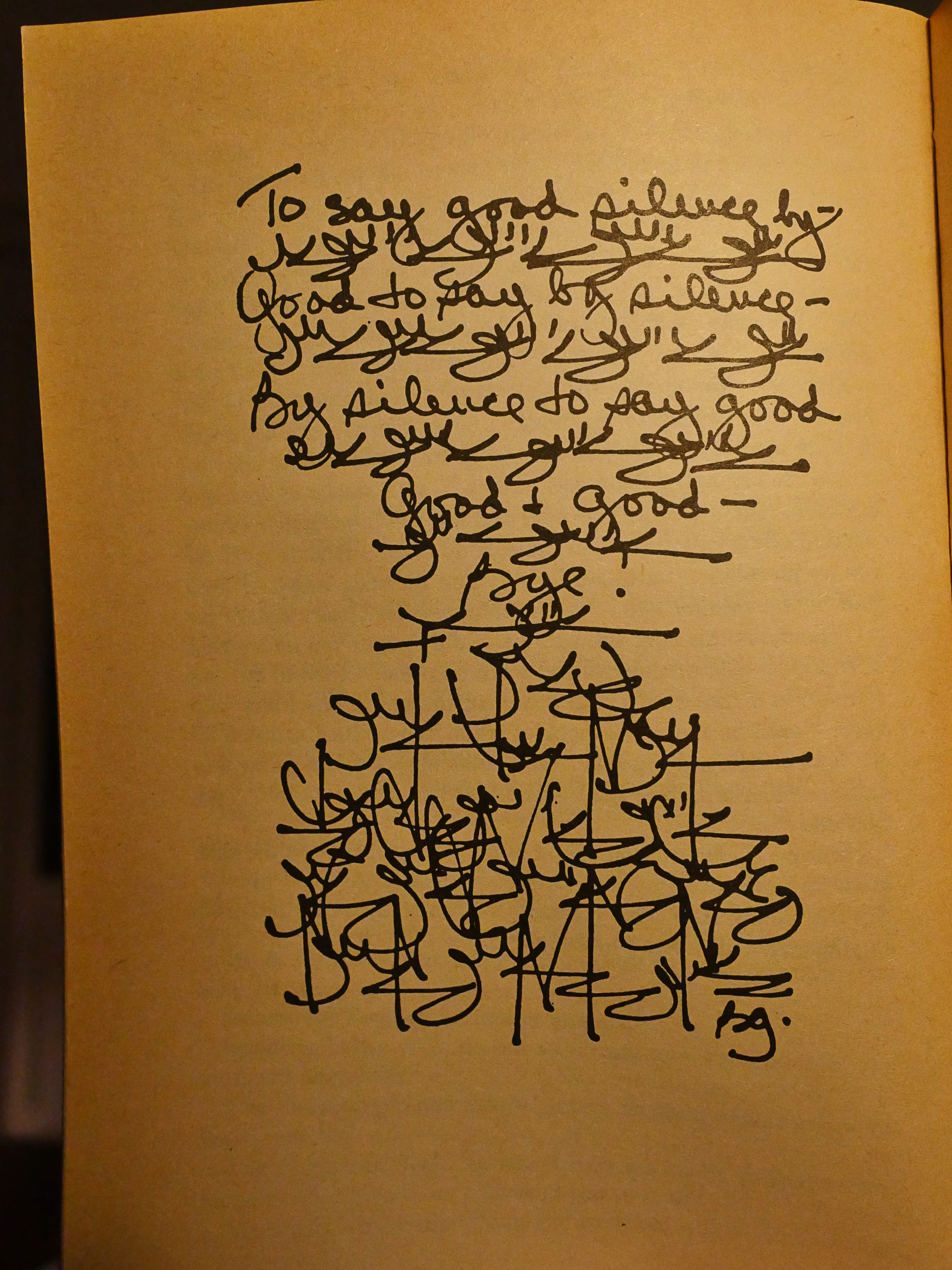 And then it ends on this note, which makes sense. And then we get an almost verbatim repeat of that previous chapter where Burroughs was talking about cut-ups, but this time without punctuation and capital letters. And the notes on the last page says that this is by Bryon Gysin?

Oh, well, it makes as much sense as anything.

That Burroughs guy can write, dude. But my eyes did glaze over on some of the more cut-up pages.