No-knead breads have become very popular lately, but the recipes all seem to have some incomprehensibly complicated steps (involving folding the dough and a pre-heated pot) in the middle.

So I thought I would try to just bypass those and see what happened, and the results were just as good. And a lot less work.

I don’t think it gets much simpler than this recipe. 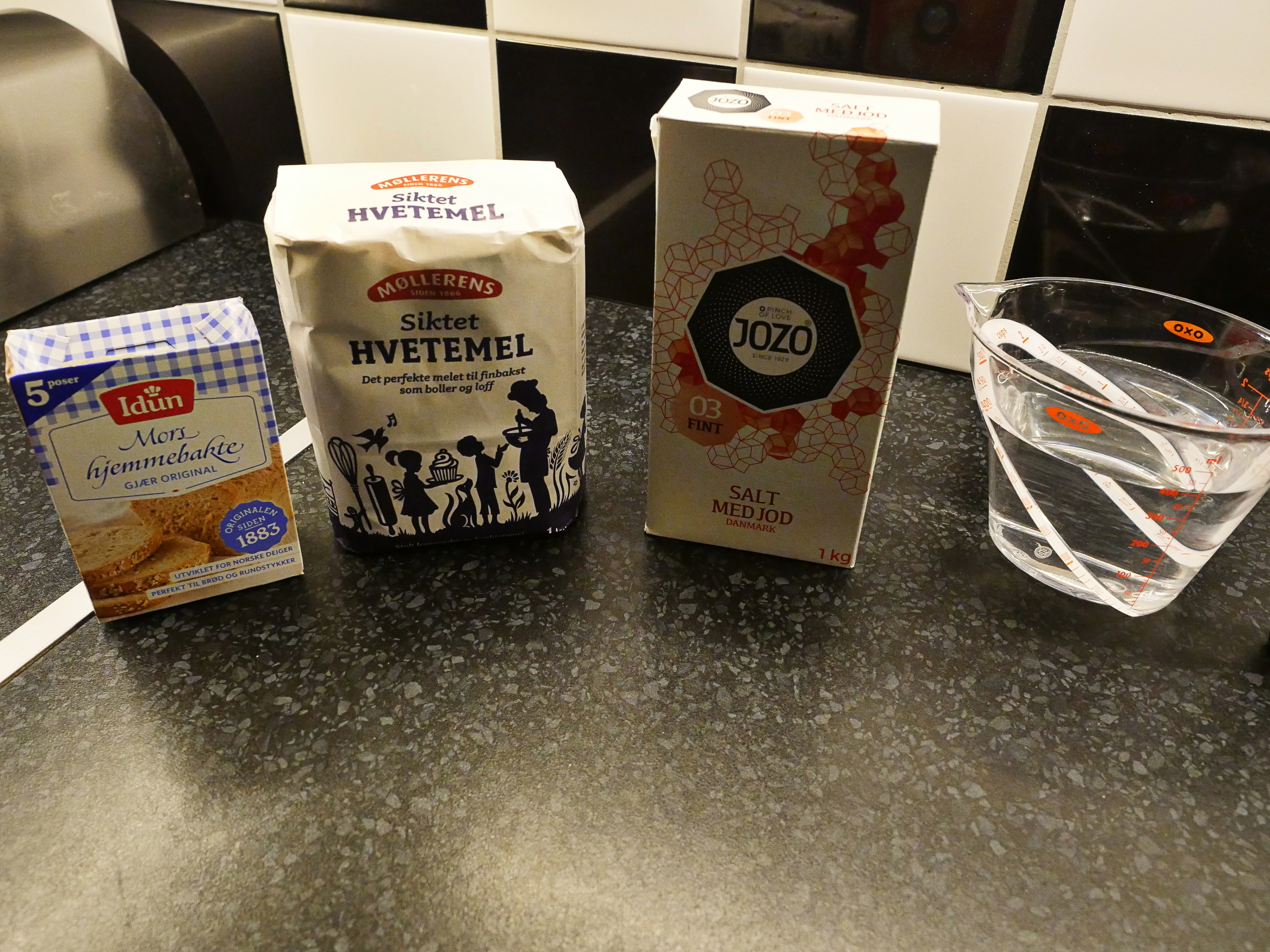 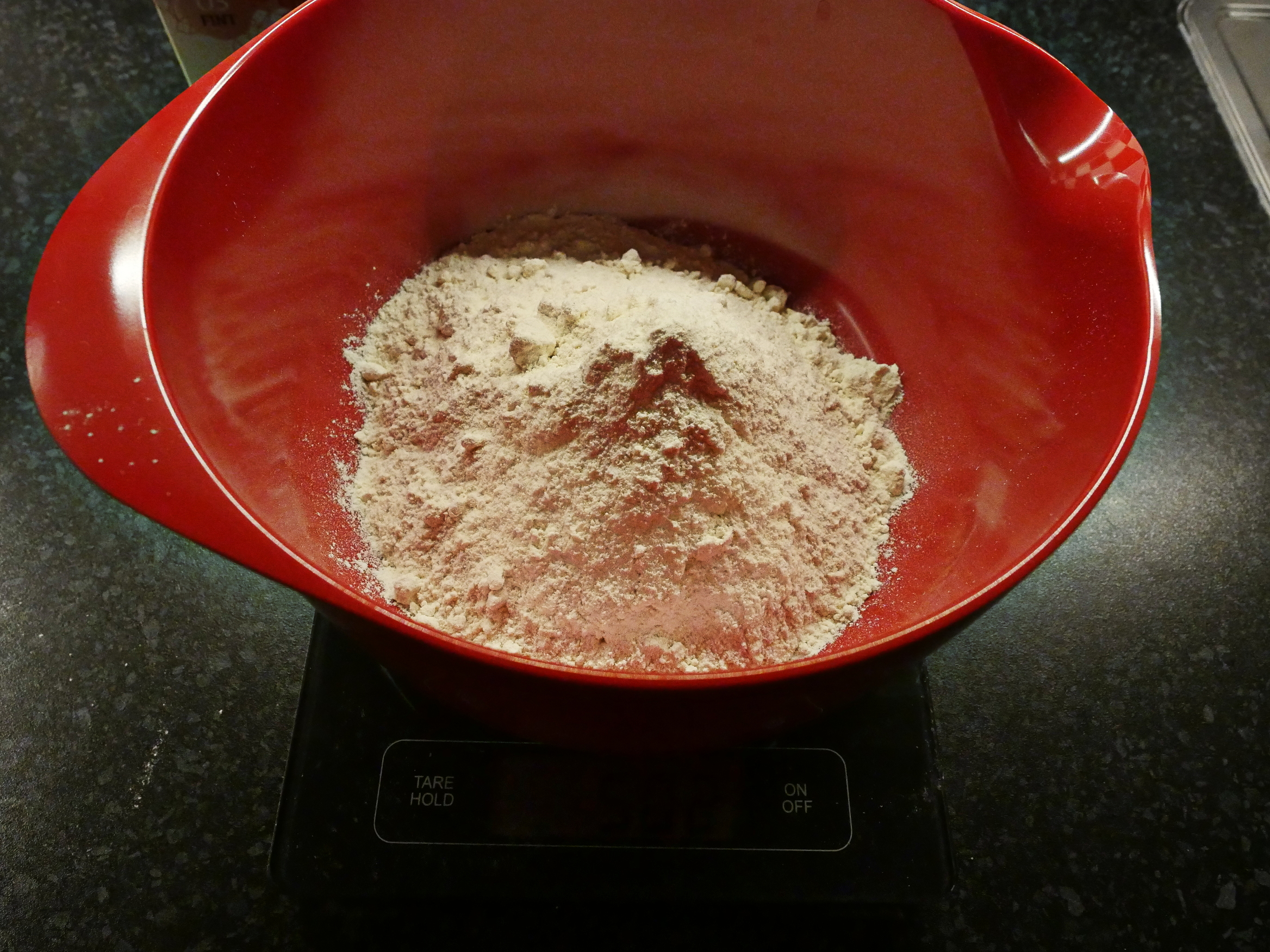 Put the flour into a bowl. 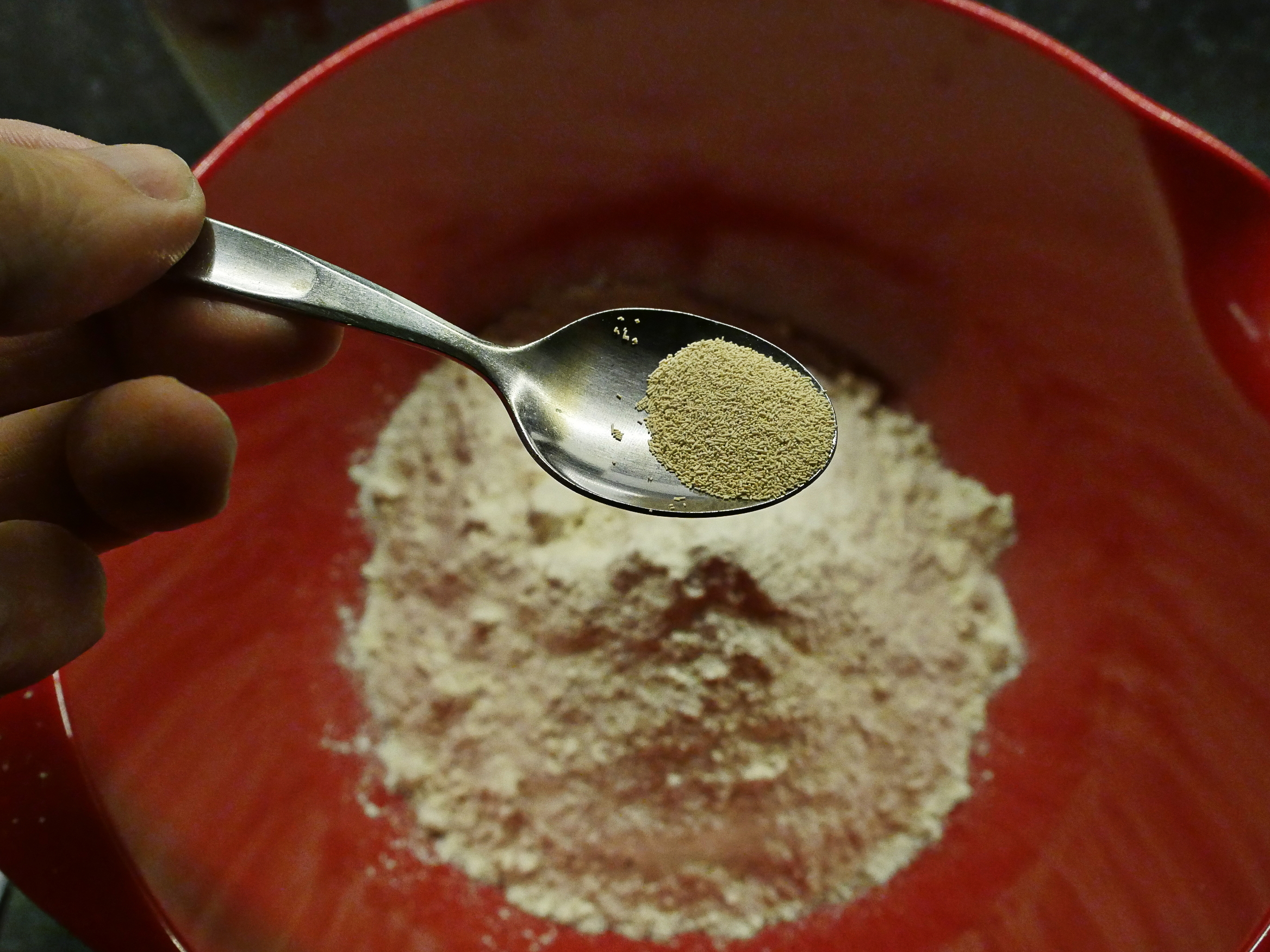 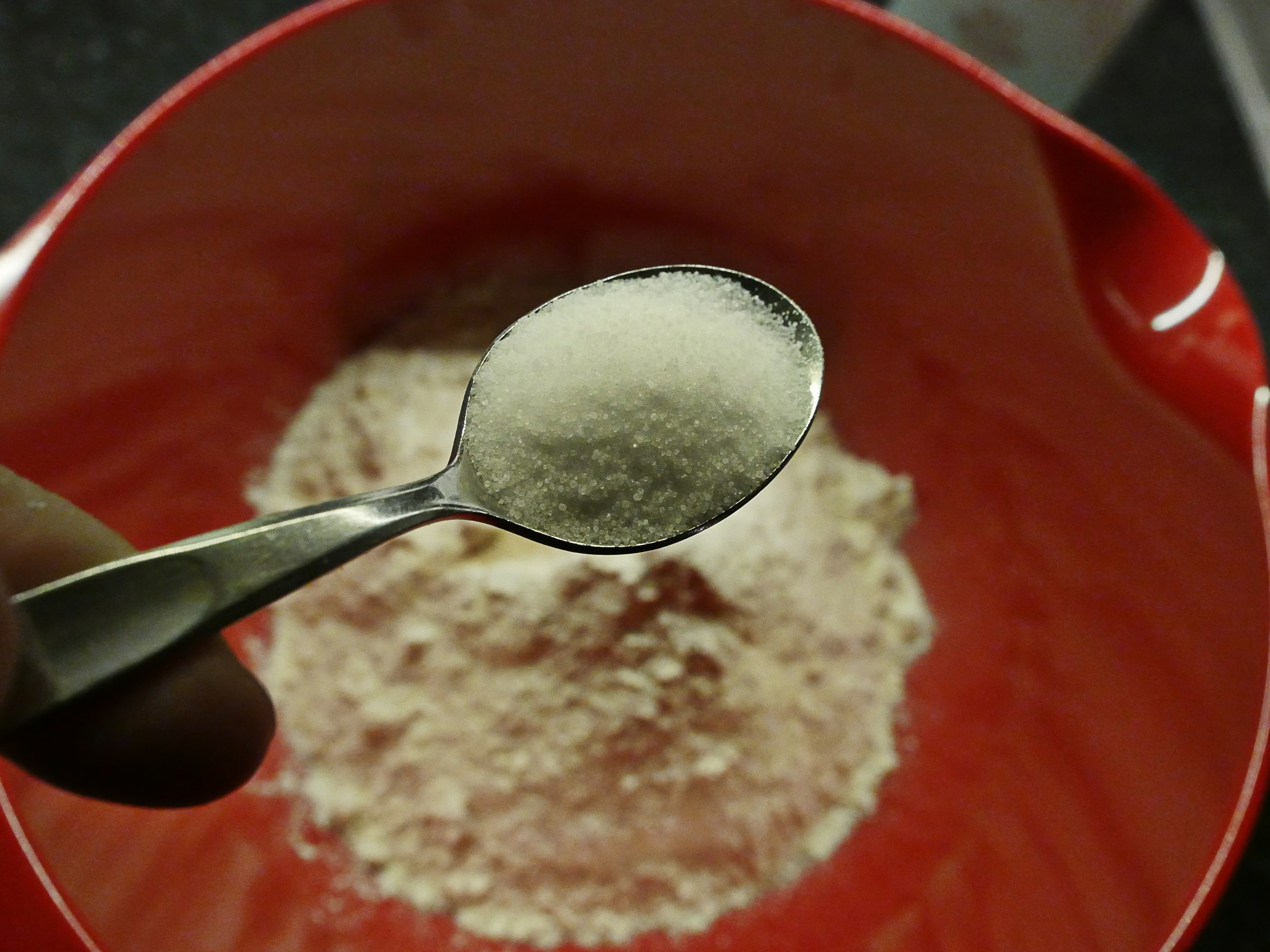 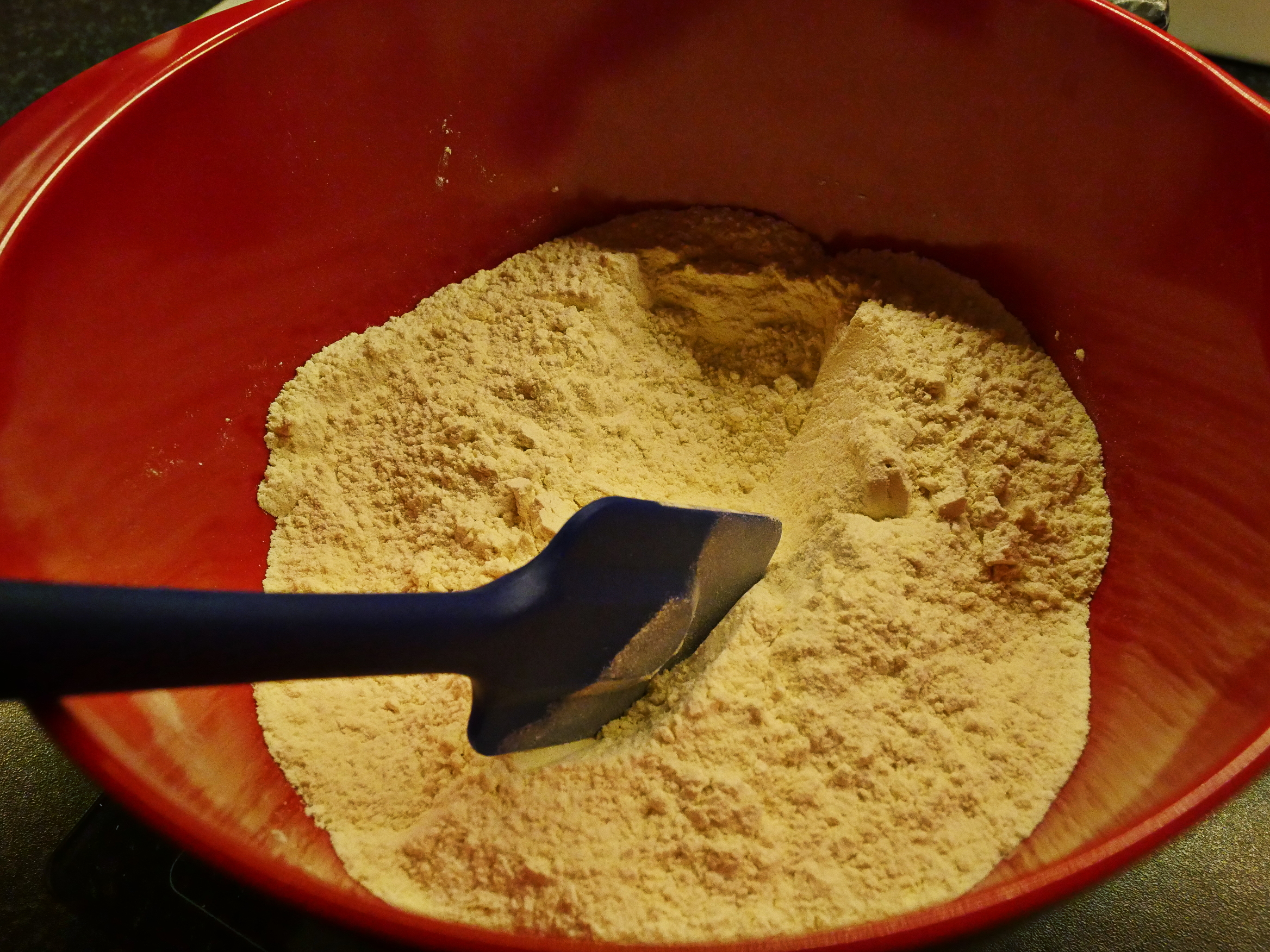 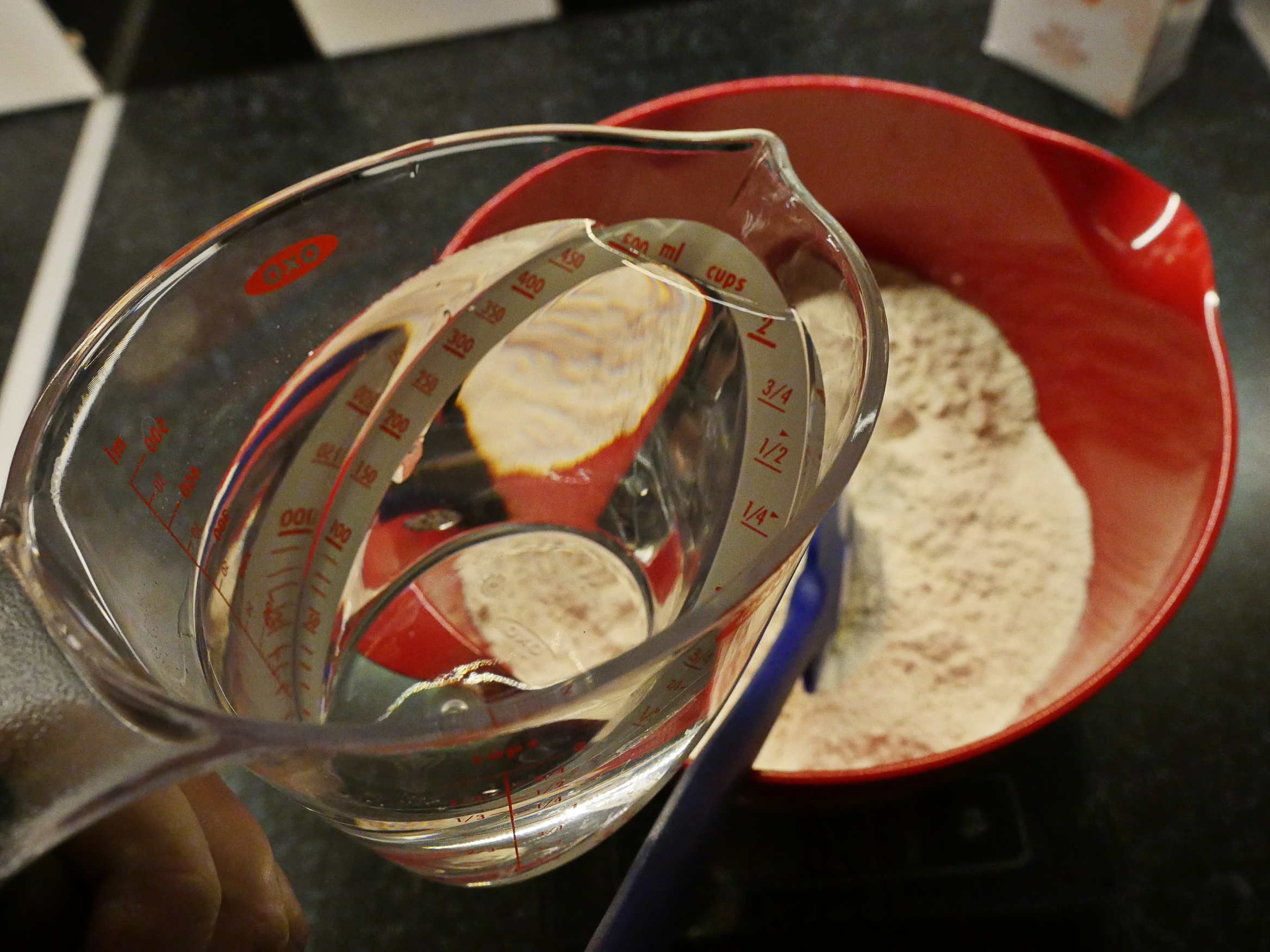 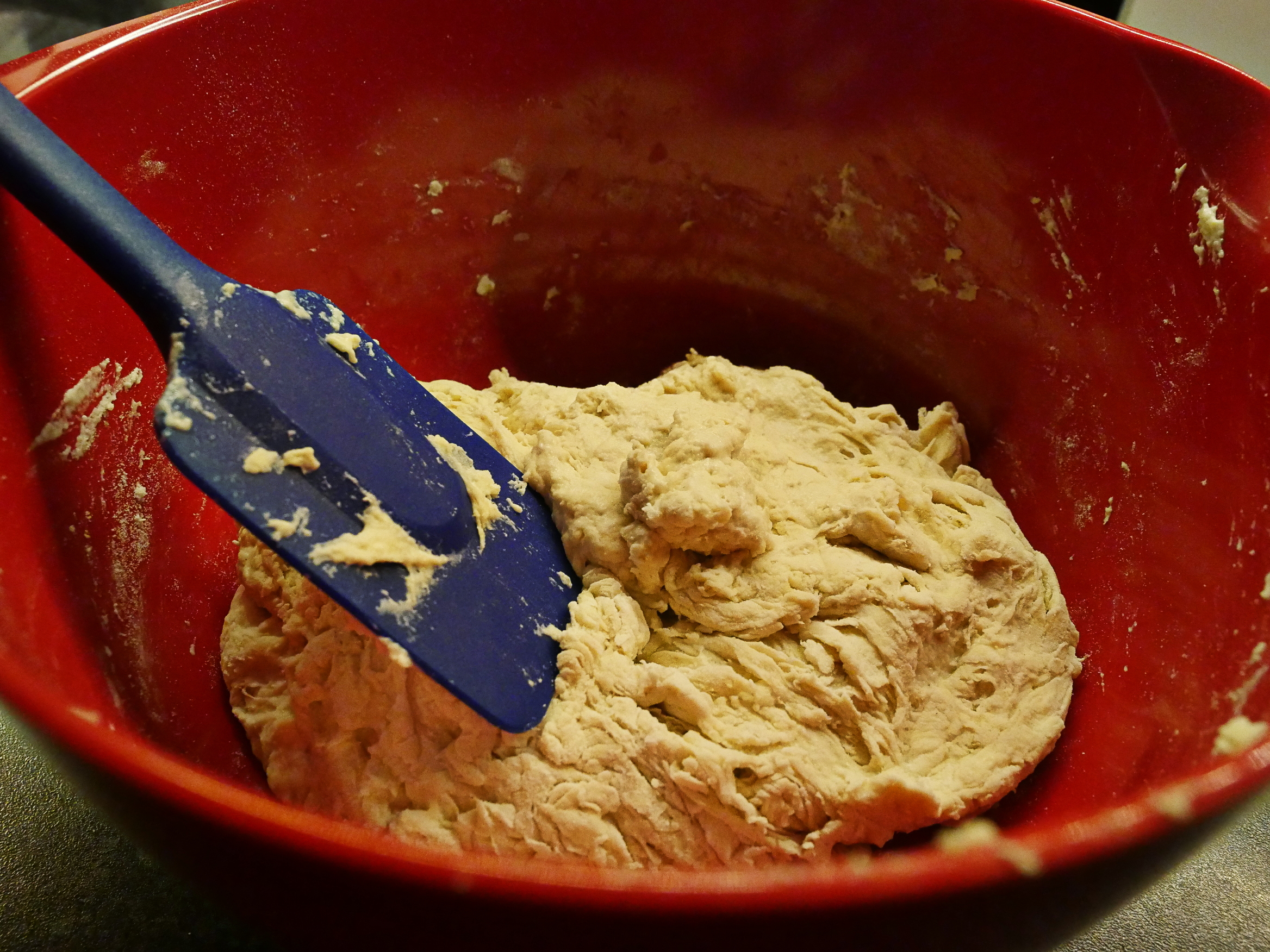 Stir until it’s formed a dough, which should take long. You’ll get a moist, sticky dough if the flour/water proportions are right. 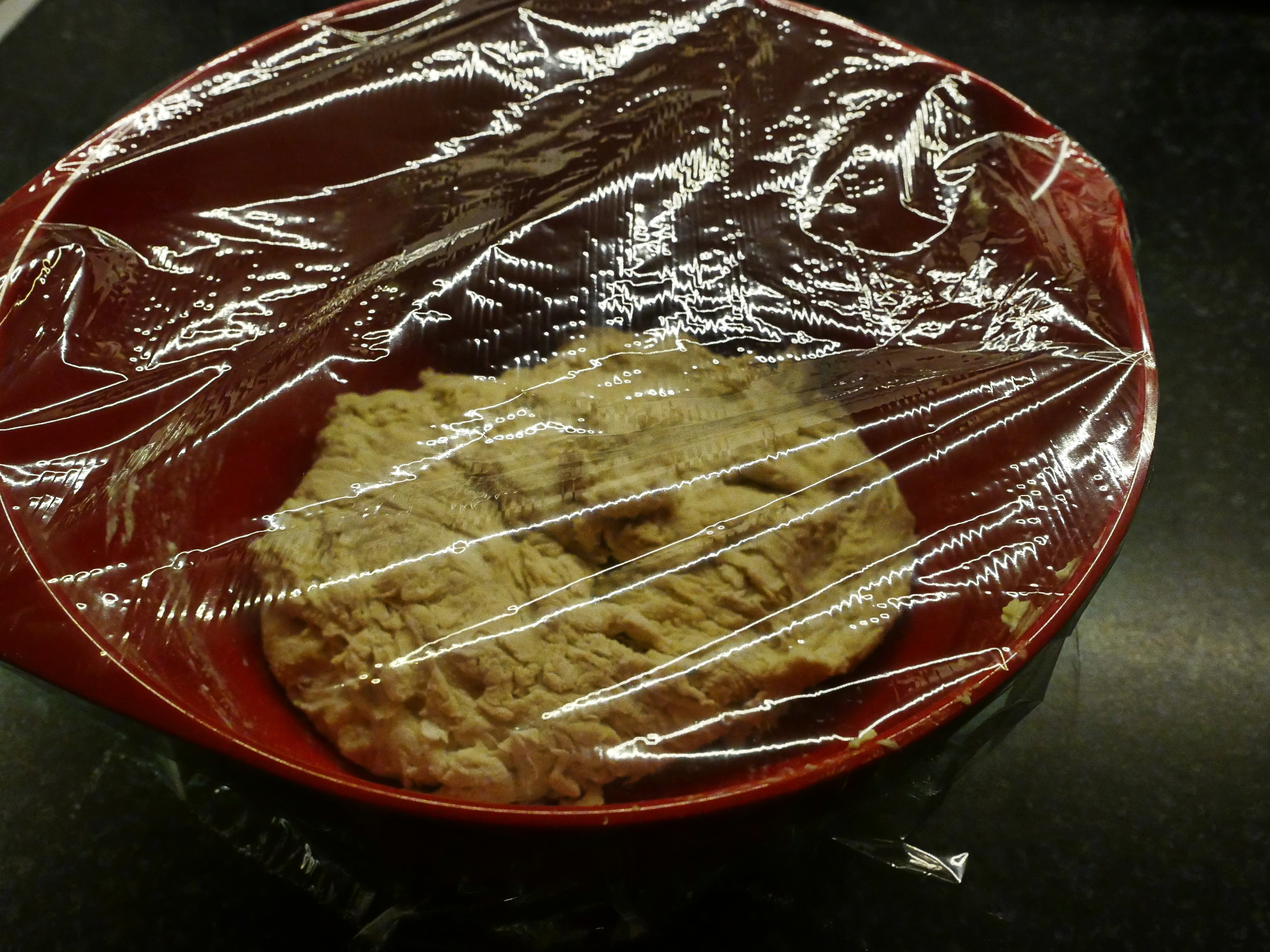 Let the dough stand in the bowl for about 18 hours on the bench, covered by plastic wrap or something. 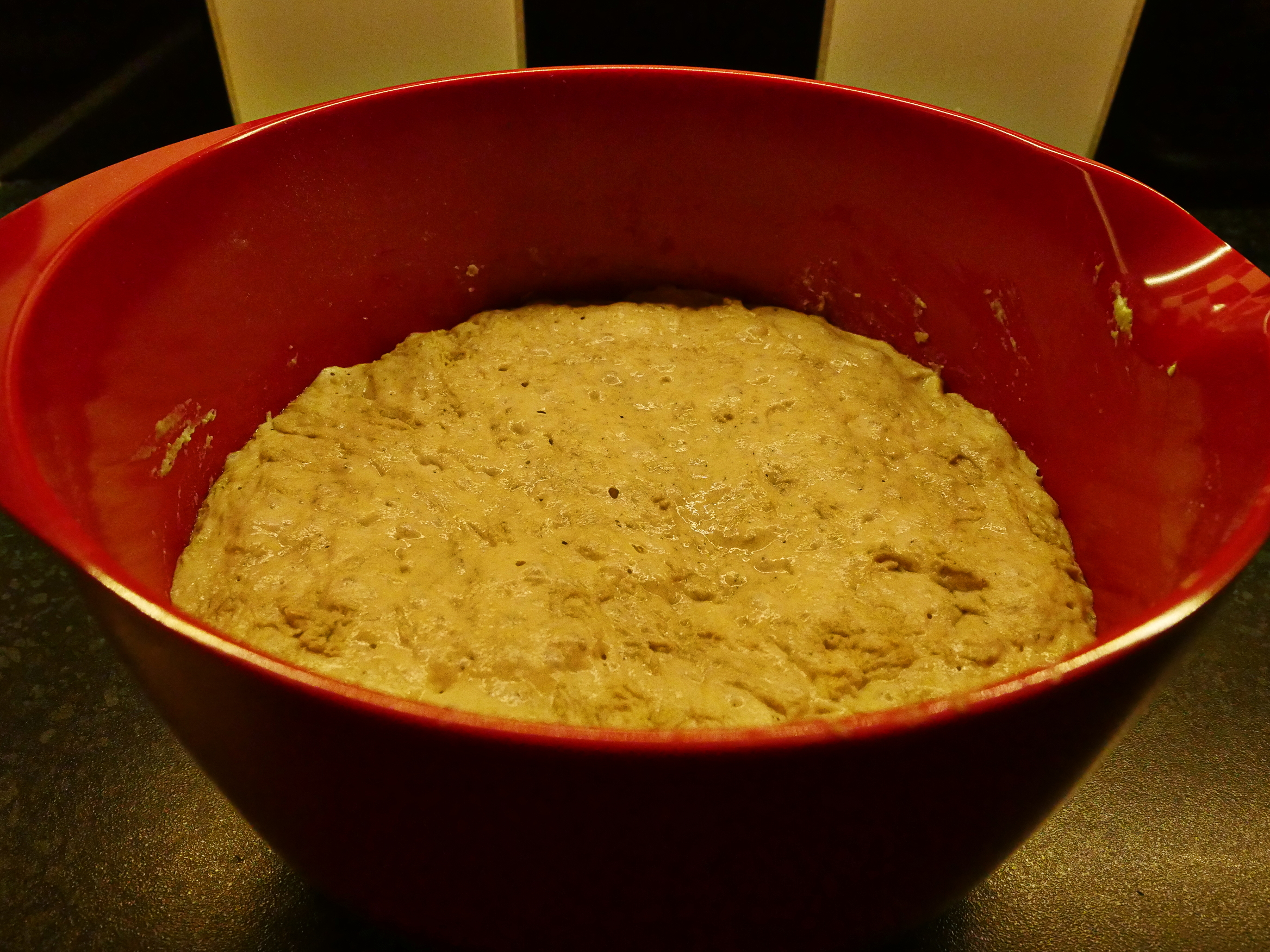 It’ll have risen substantially after 18 hours… 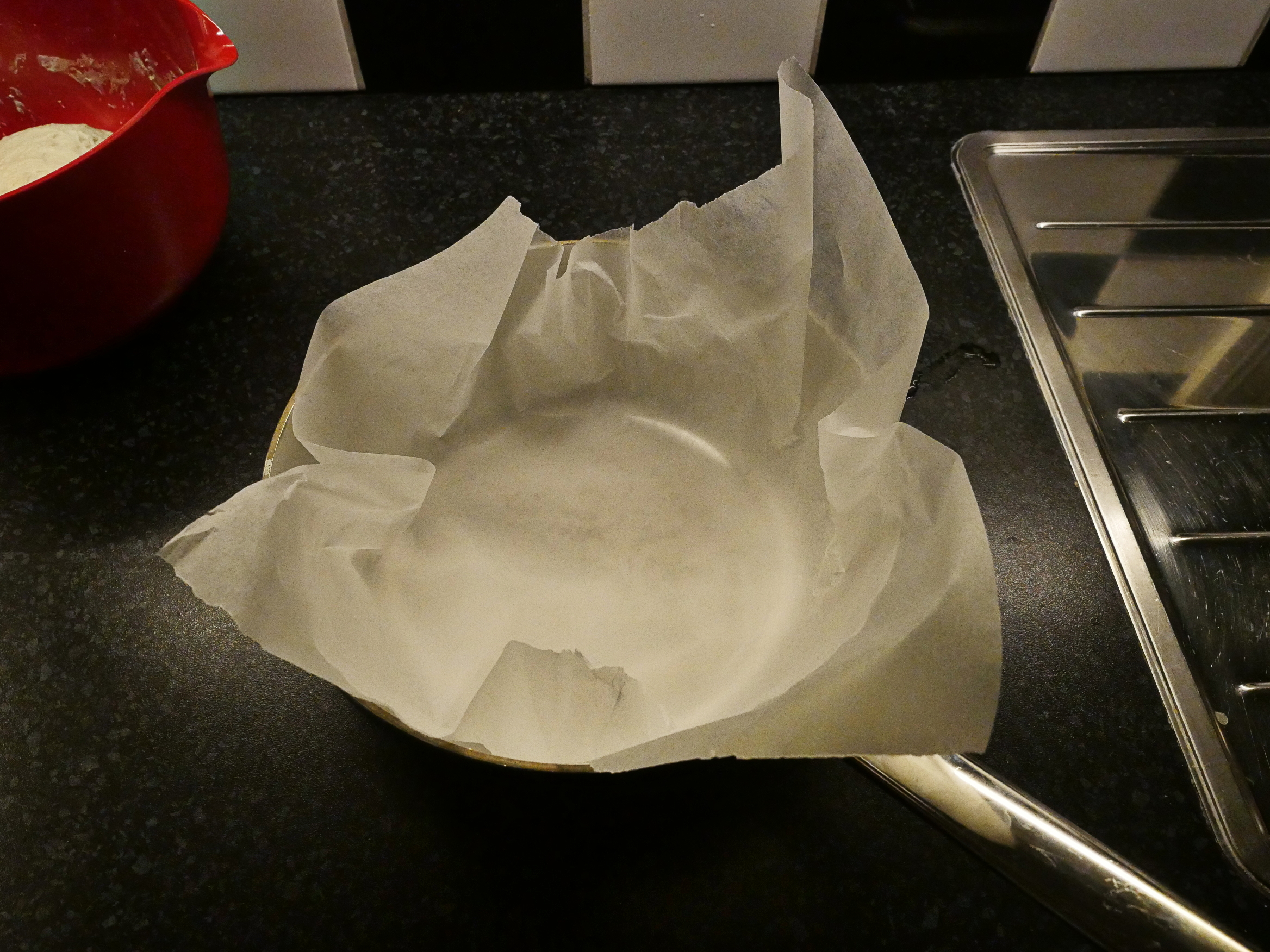 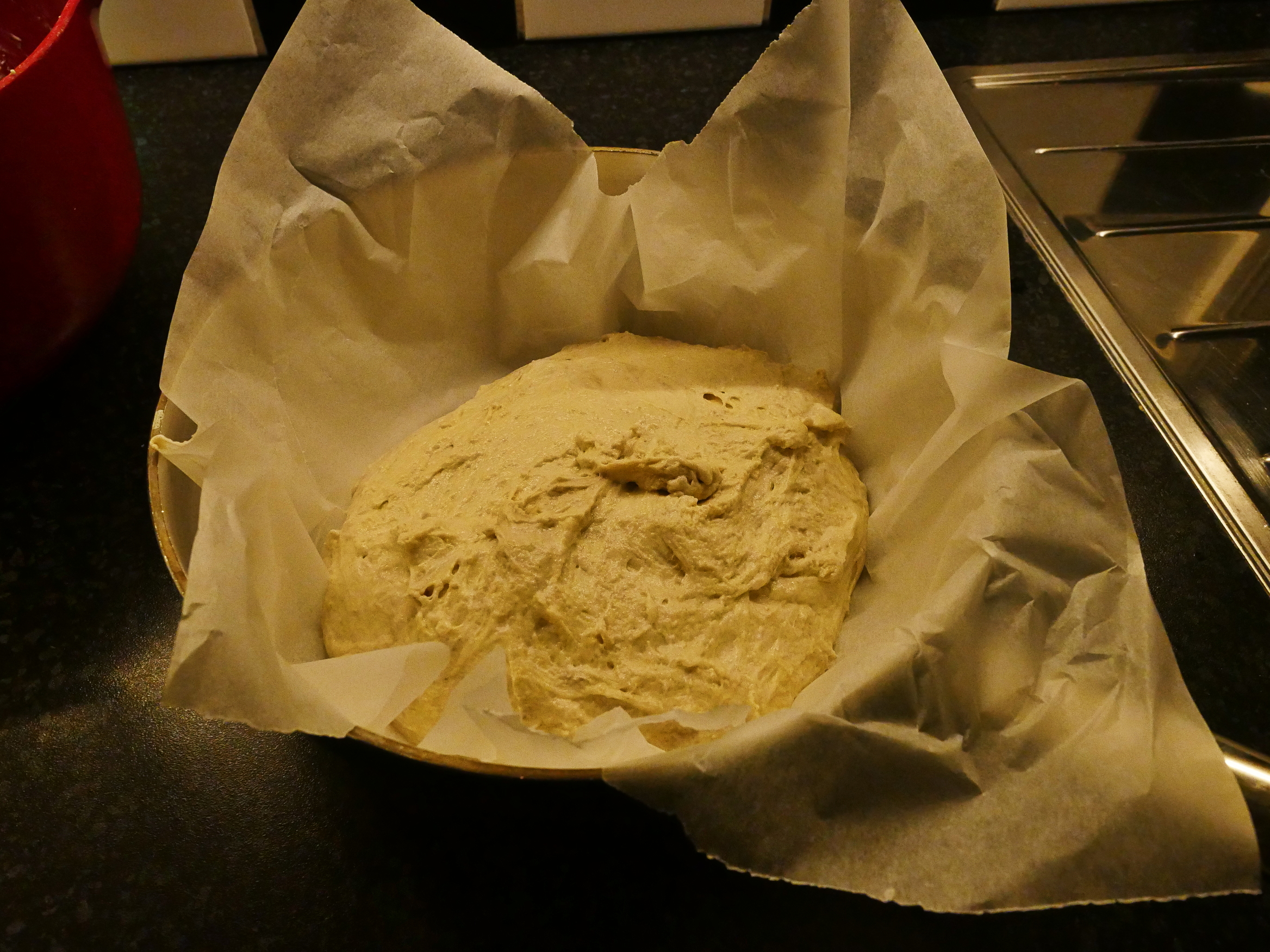 … into a lidded pot that’s lined with baking paper. It should be a pot that can survive being in a 250C (480F) oven for a while, so all-steel or iron is great. 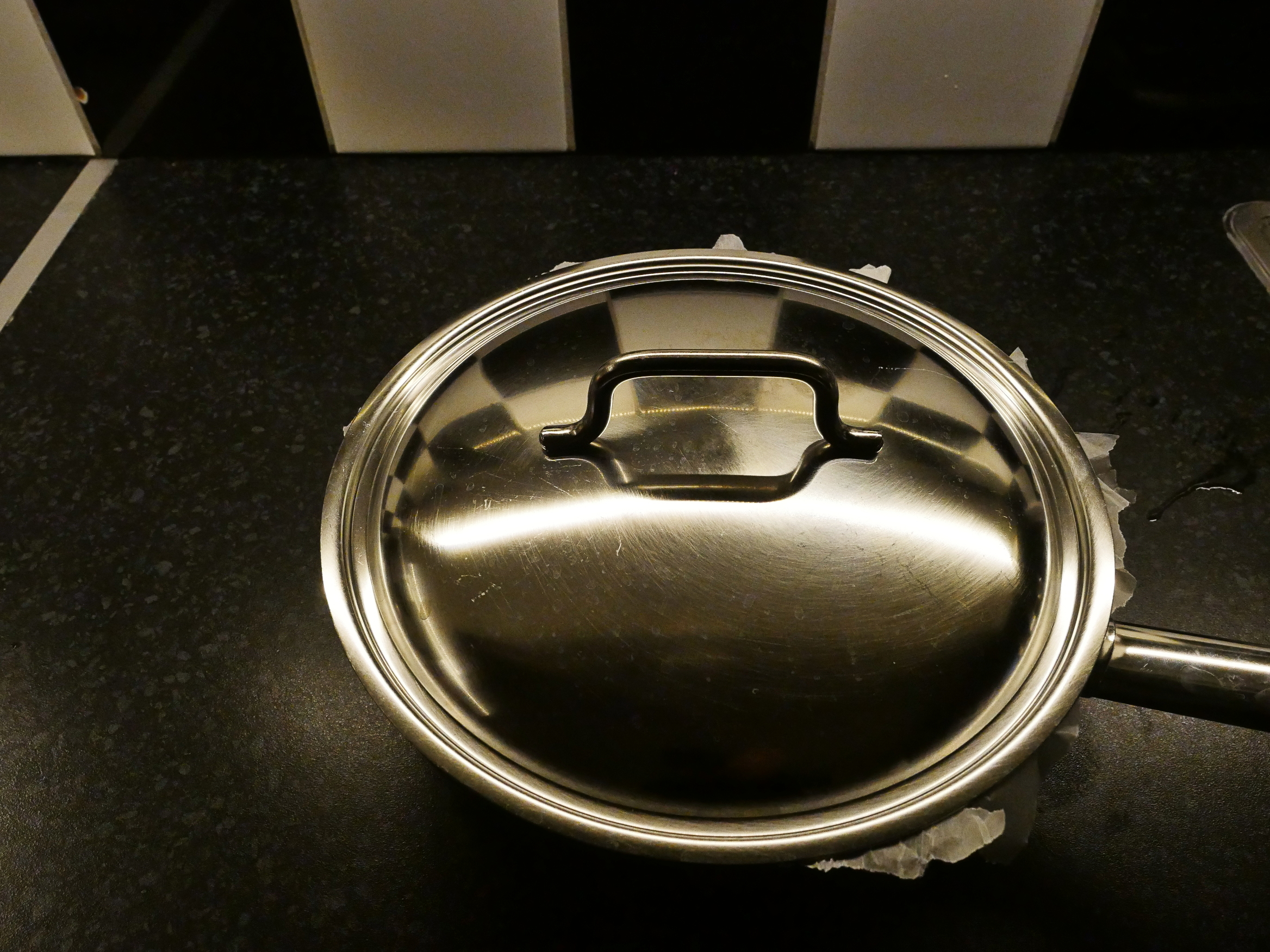 Put the lid on and let it proof for another 90 minutes on the bench. Removing excess baking paper might be a good idea, because they’re usually not rated for that high a temperature and will brown up and become very flaky. 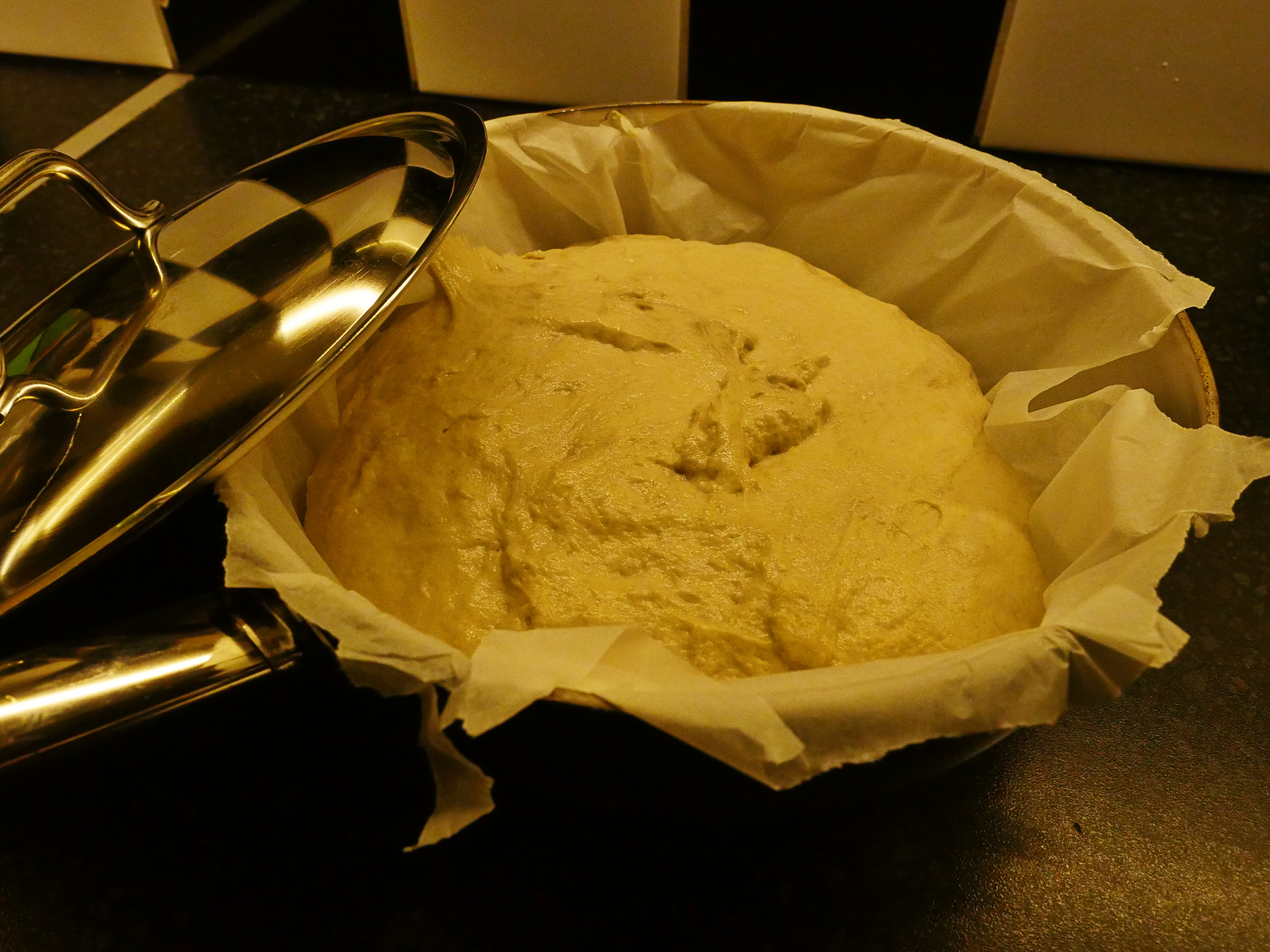 After 90 minutes, the dough will have a-risen again. 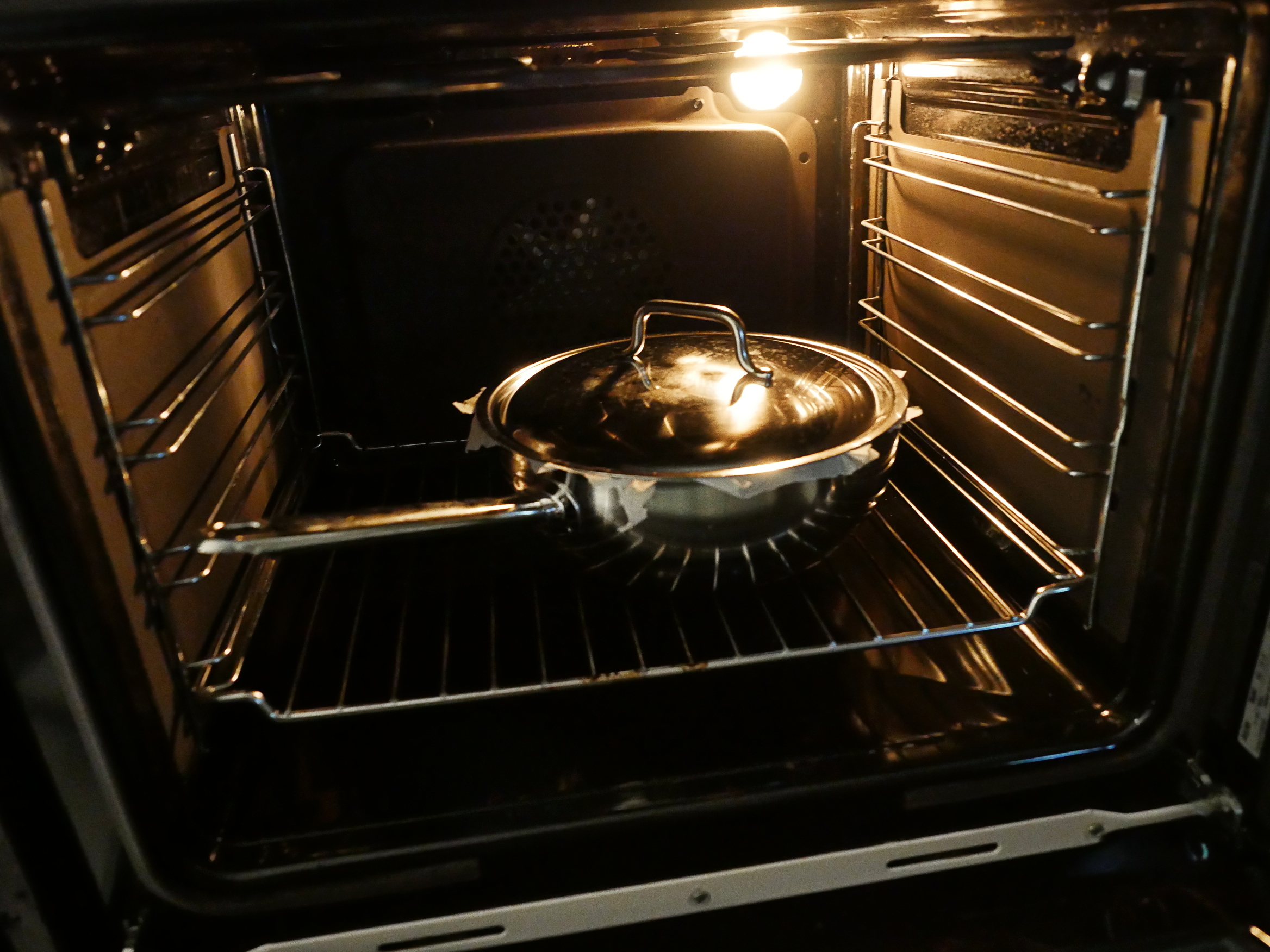 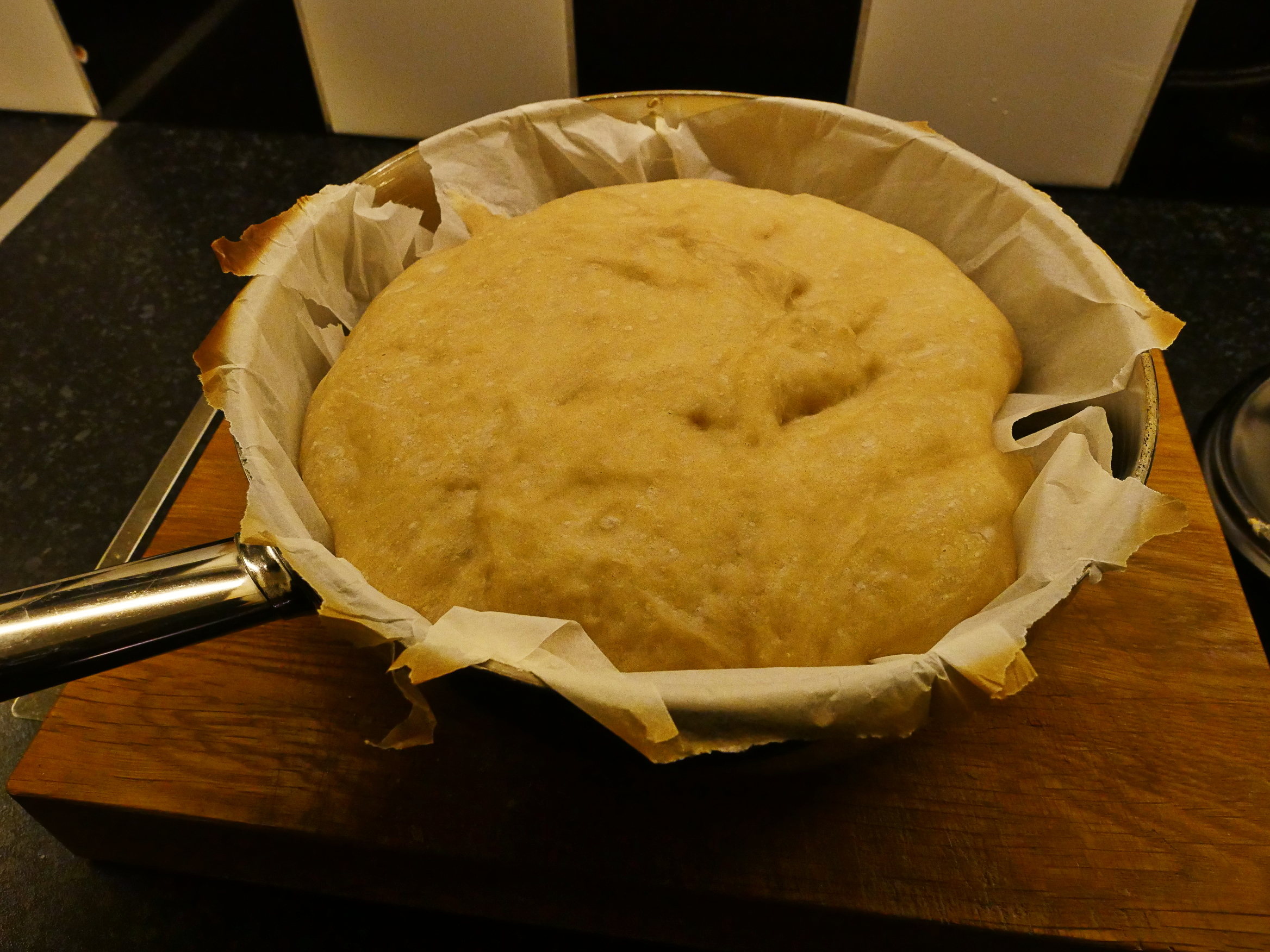 (And remember that the pot is going to be really, really hot at this point, and it seems so natural to instinctively grab the handle — so always wear protection on your hands.) Take the lid off and move the pot higher up and bake for about another 25 minutes; until it’s how brown you want it to be. Lower the temperature to 210C (410F). Oops! I forgot to take it out in time, so it’s a bit on the burnt side. That’s the basic recipe. If you want more fibre, replace some of the wheat with dark rye, for instance, or grind up some nuts and add those: It’s difficult to fail completely with this method. The bread will always come out fluffy but satisfying, and with a nice crust.

10 thoughts on “No Fuss No Knead Yes Bread”