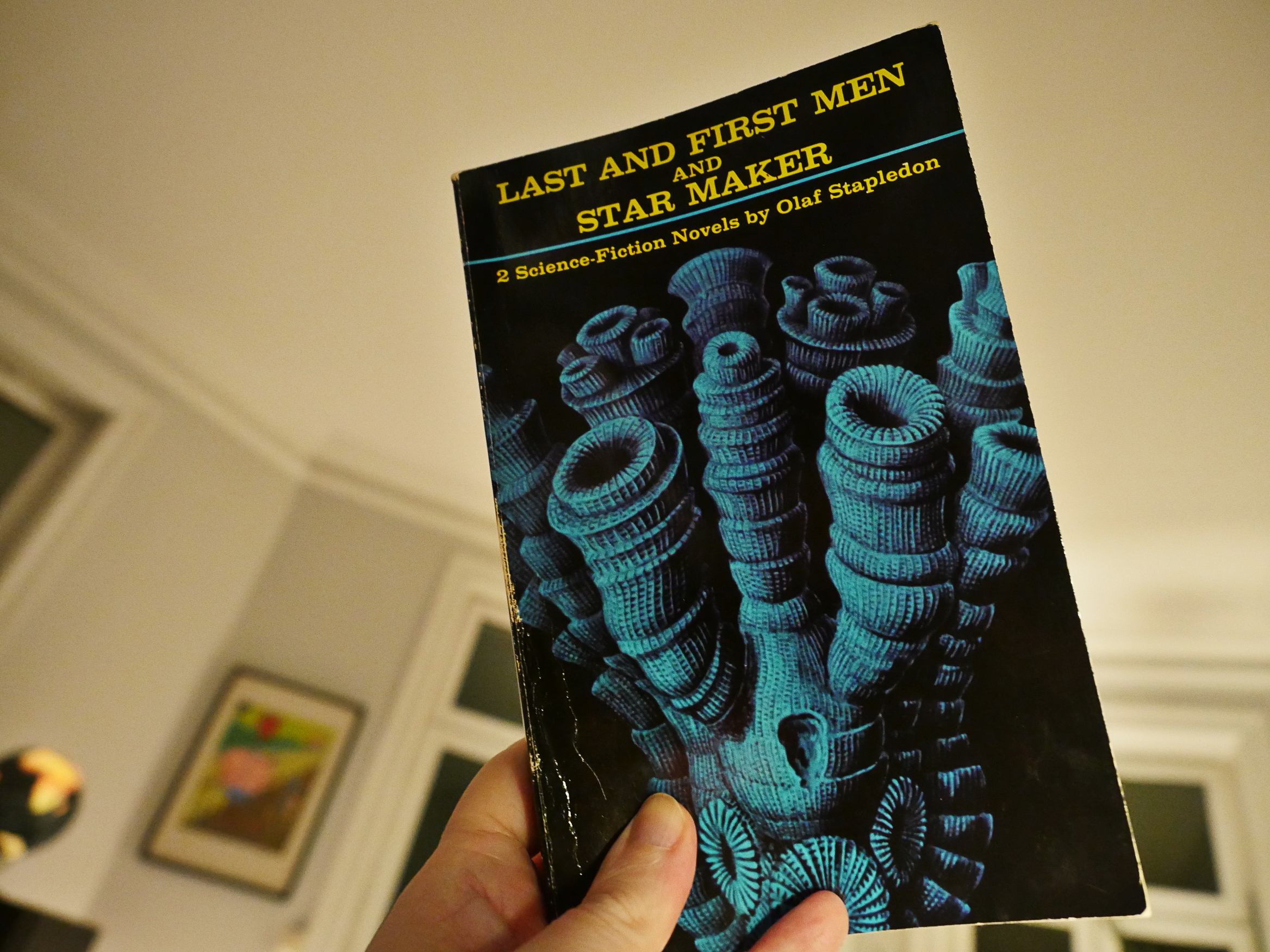 Wow, it’s Thursday, so something must be baked. And it’s not me!

Years ago, there was a fabulous cookie in the stores here. They were made by Walkers, and they were “stem ginger” cookies. They were glorious. Chewy, flavourful, in your face.

Apparently nobody else liked them, because they disappeared only to be replaced by Walkers shortbread “stem ginger”… things… and like all things shortbread, they’re not any good.

So now’s my opportunity. I can make them myself! Here’s a recipe! But what is even “stem ginger”? I mean, all ginger is “stem”. Or rhizomes. Or roots. Or whatever those things are.

This explains it, kinda. When you cook ginger (first for a while in water and then in sugar), it becomes something called “stem ginger” in many parts of the world, and it’s not quite the same as candied ginger.

So I went a-boiling and then put them in a container and let them sit for a week, and: 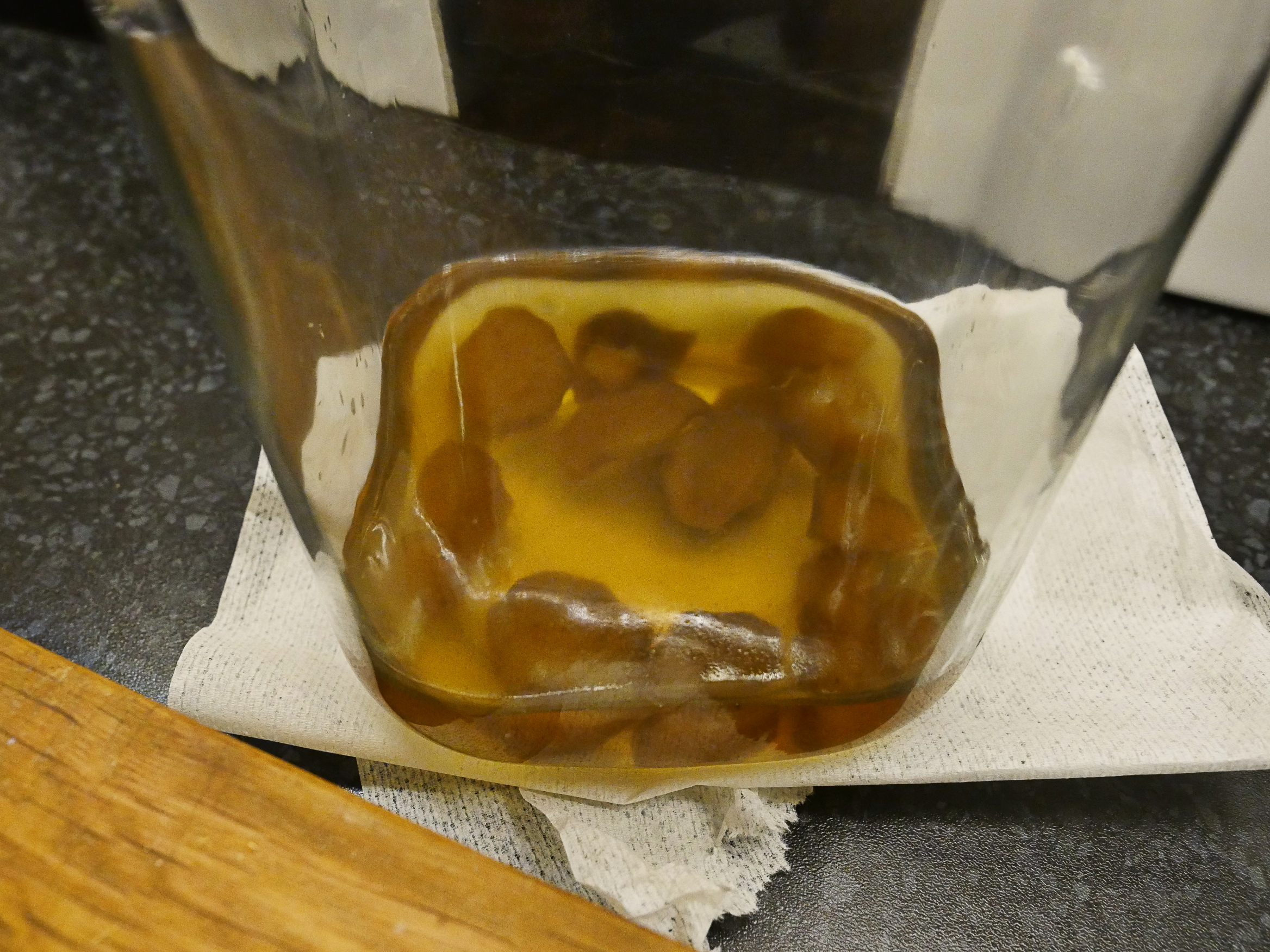 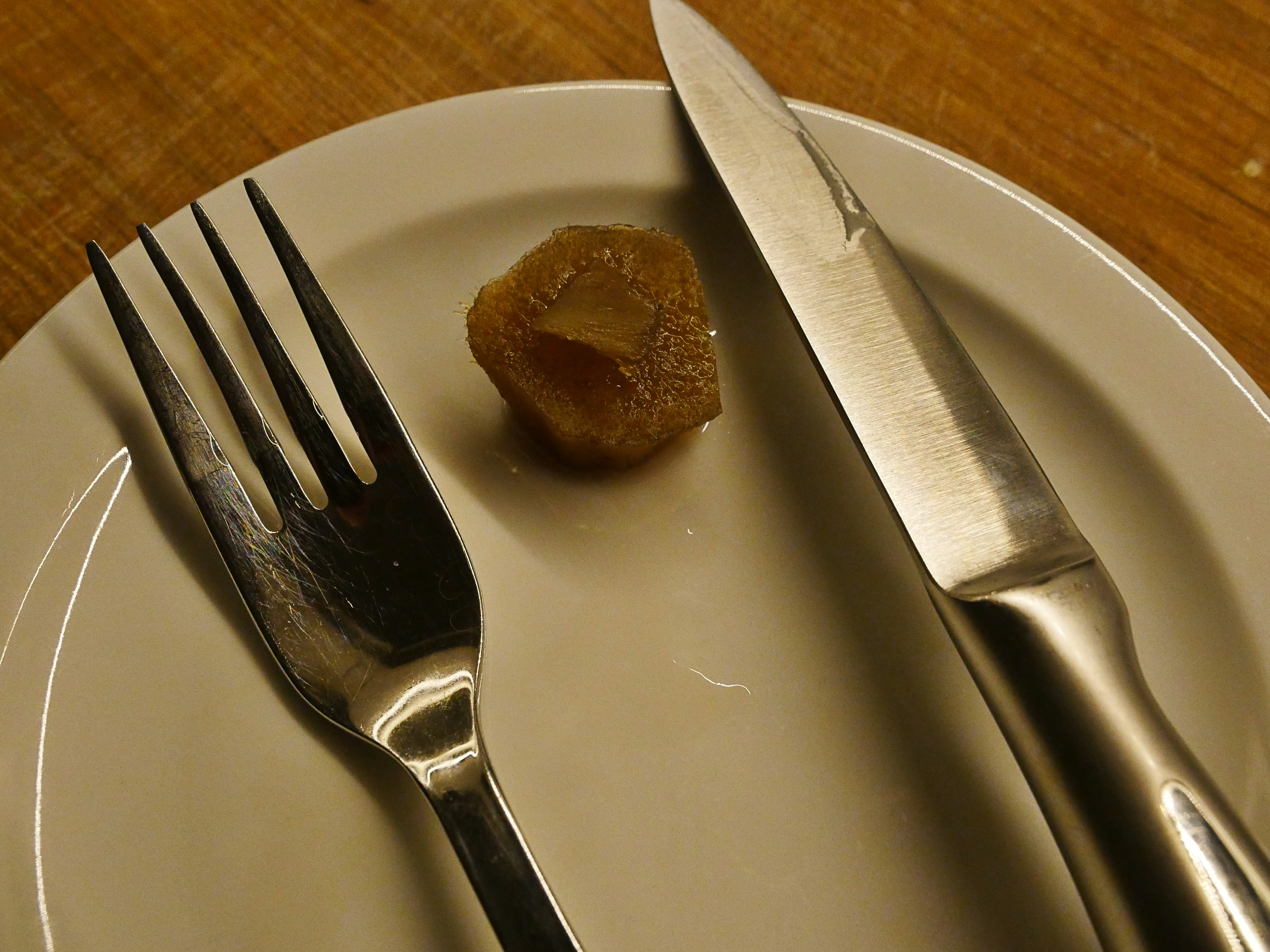 Yeah, OK, they look like Satan’s wet farts, but they taste nice. 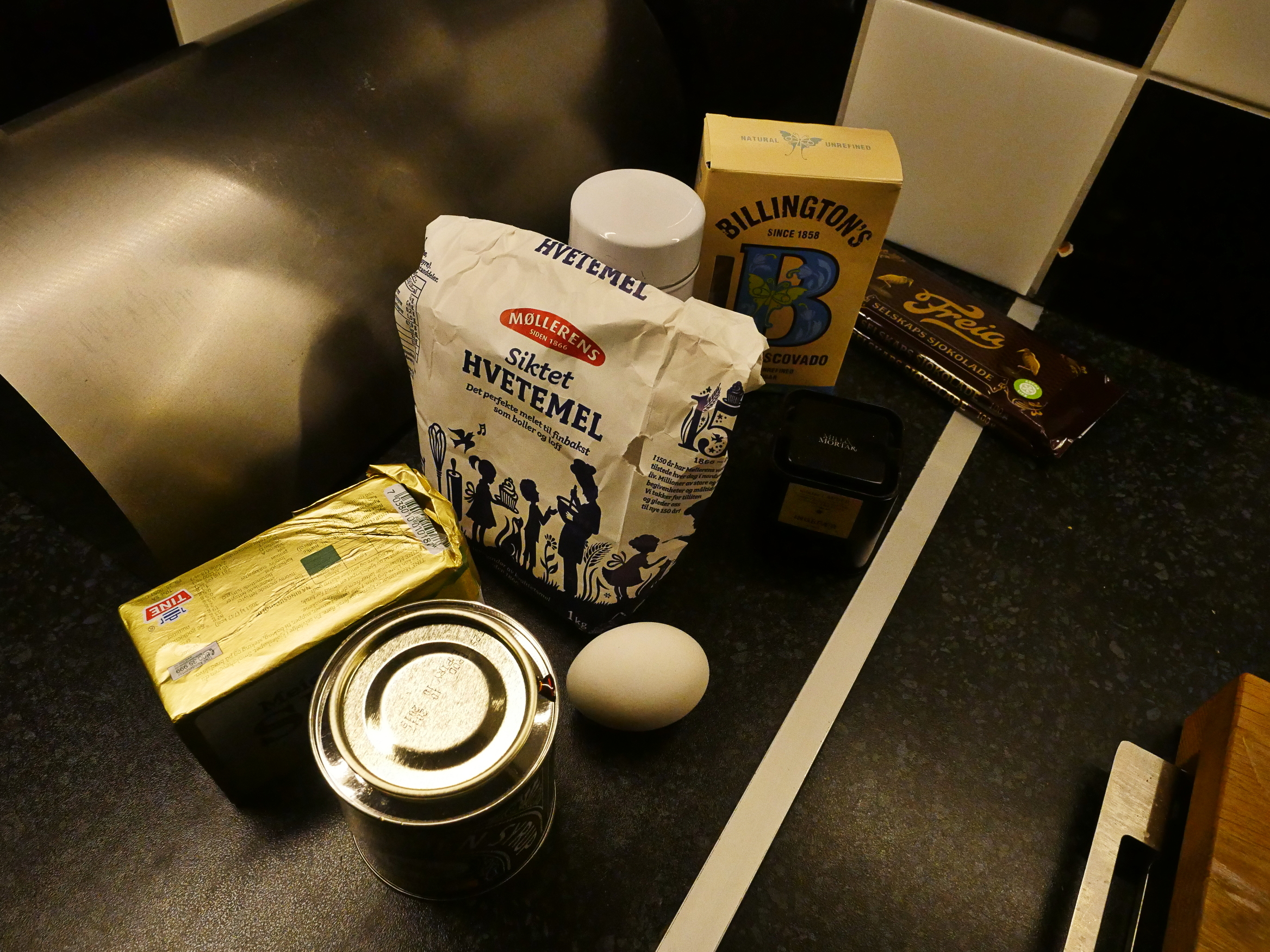 Got all my ingredients… 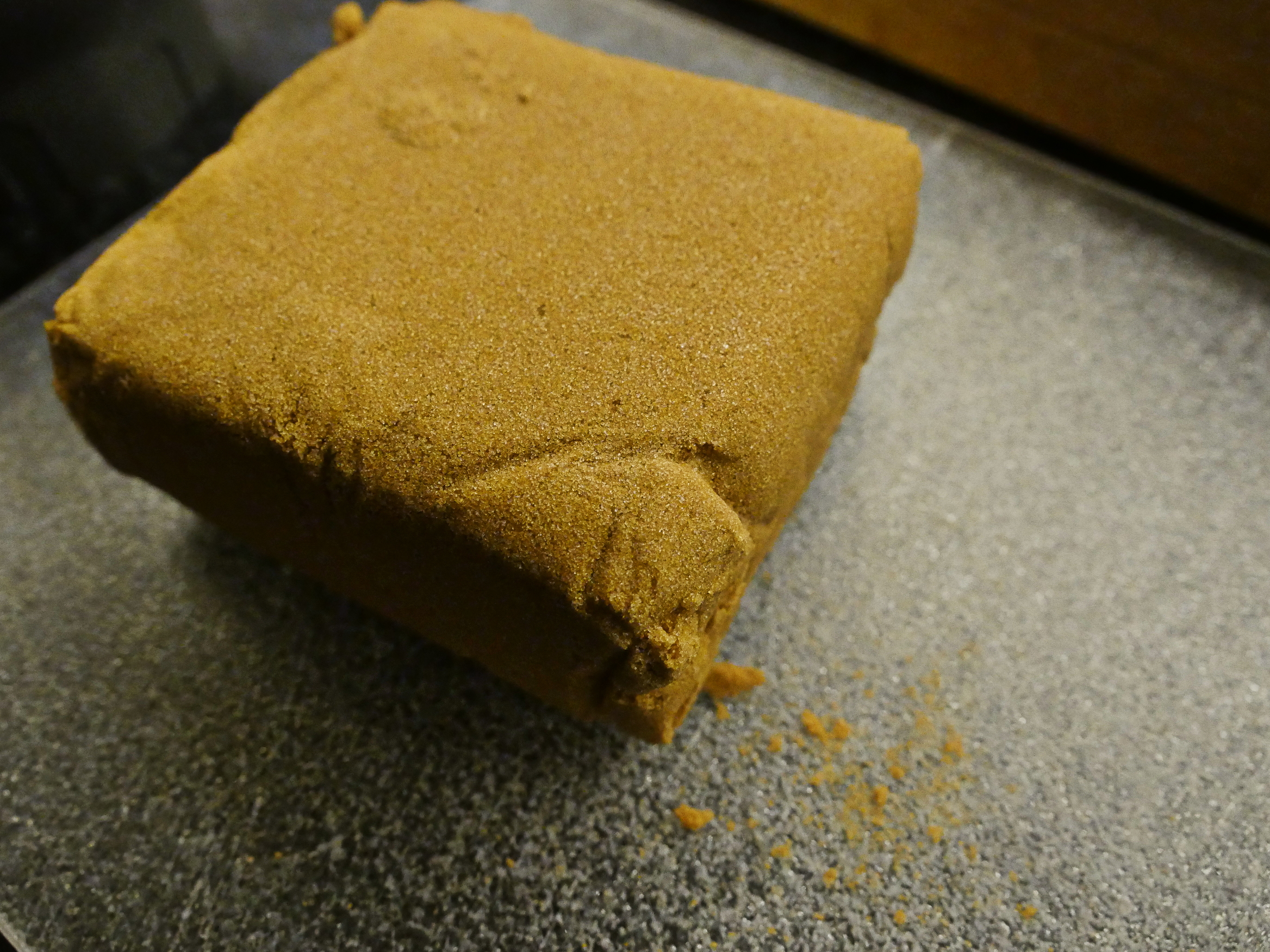 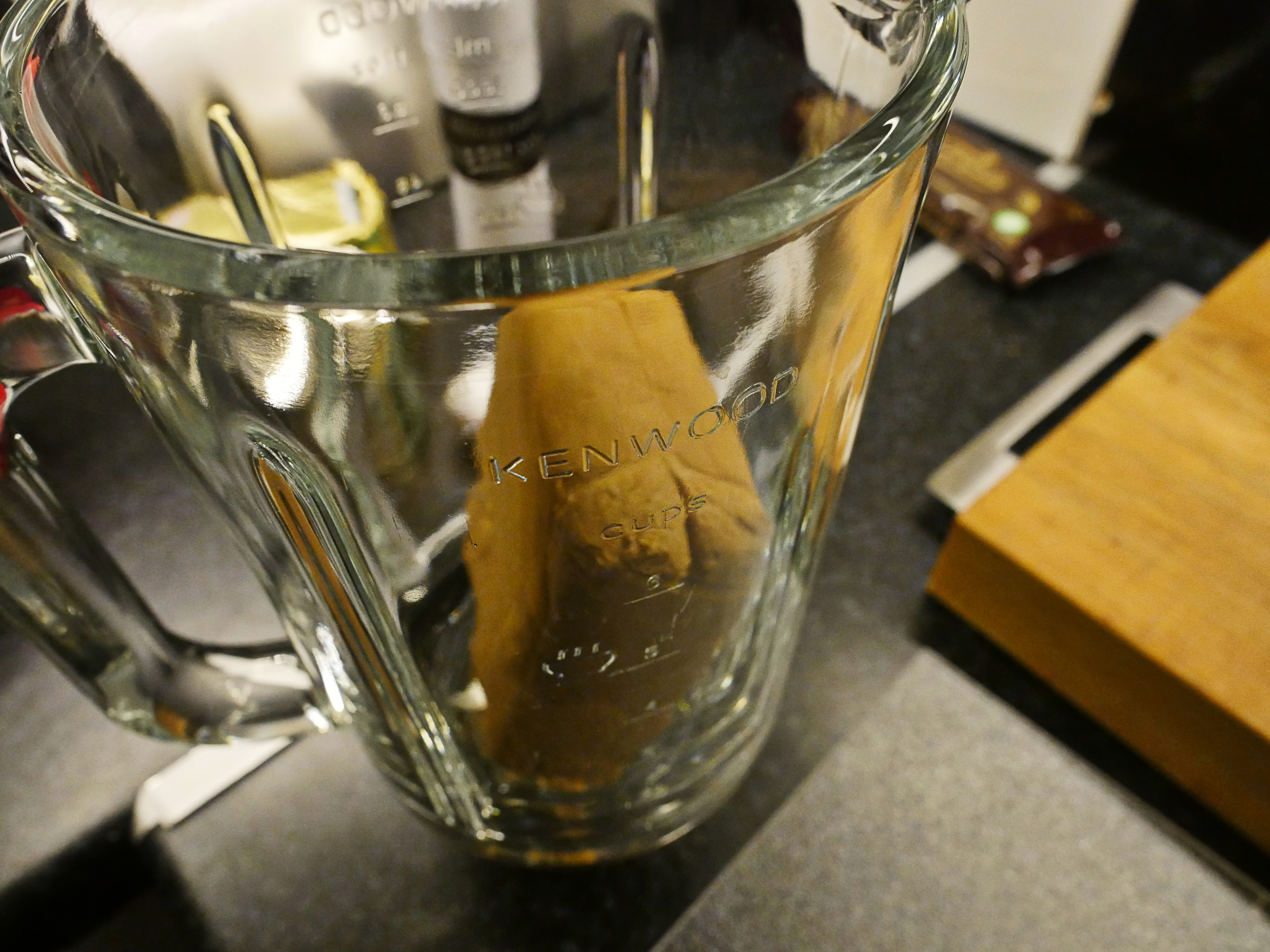 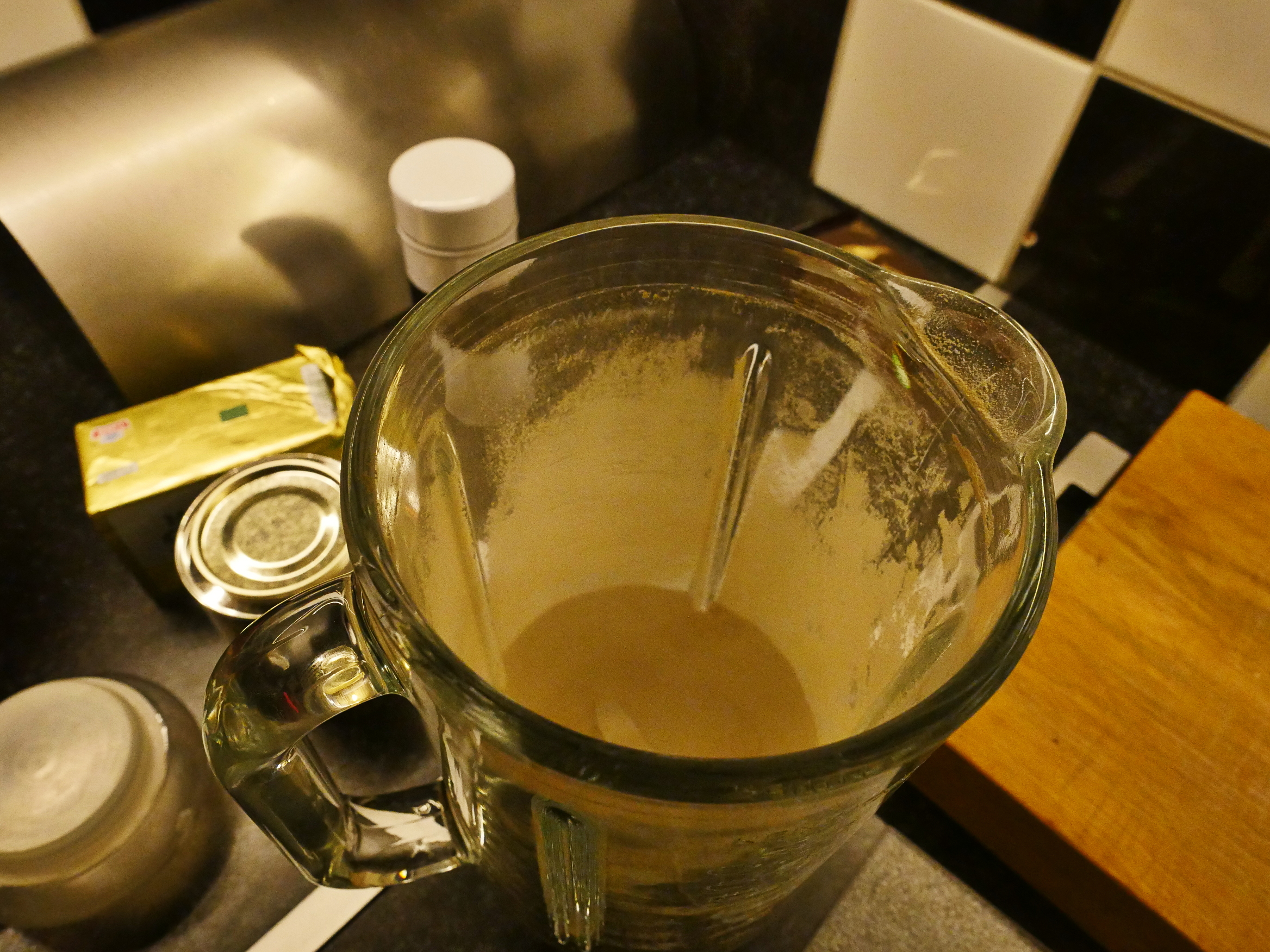 After blitzing that block of sugar in the blender for a while it got very powdery. 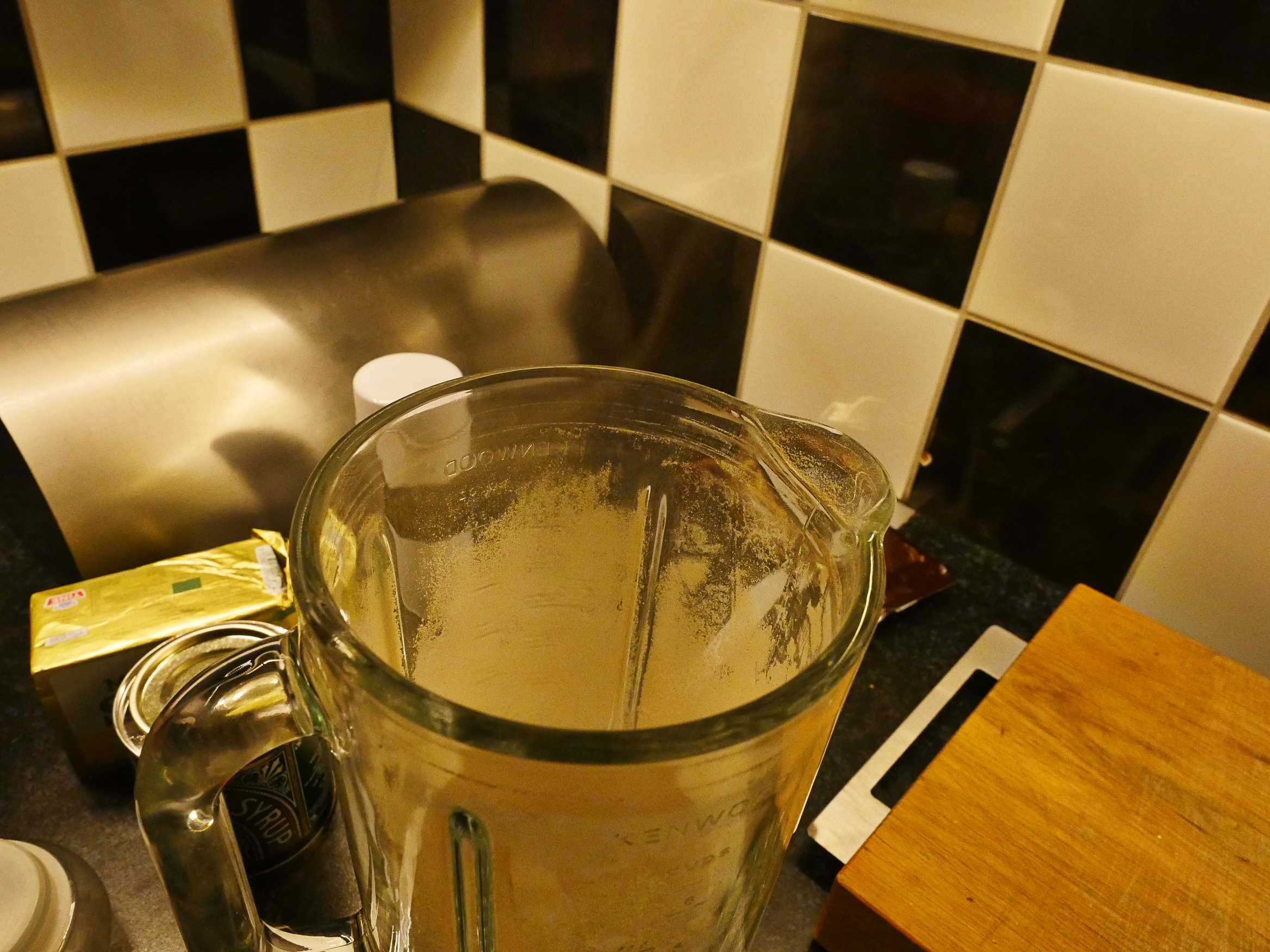 Perhaps a bit too powdery: See that haze over the blender? Yes, I think I inhaled a lot of aerosol sugar. That’s not unhealthy, is it? IS IT 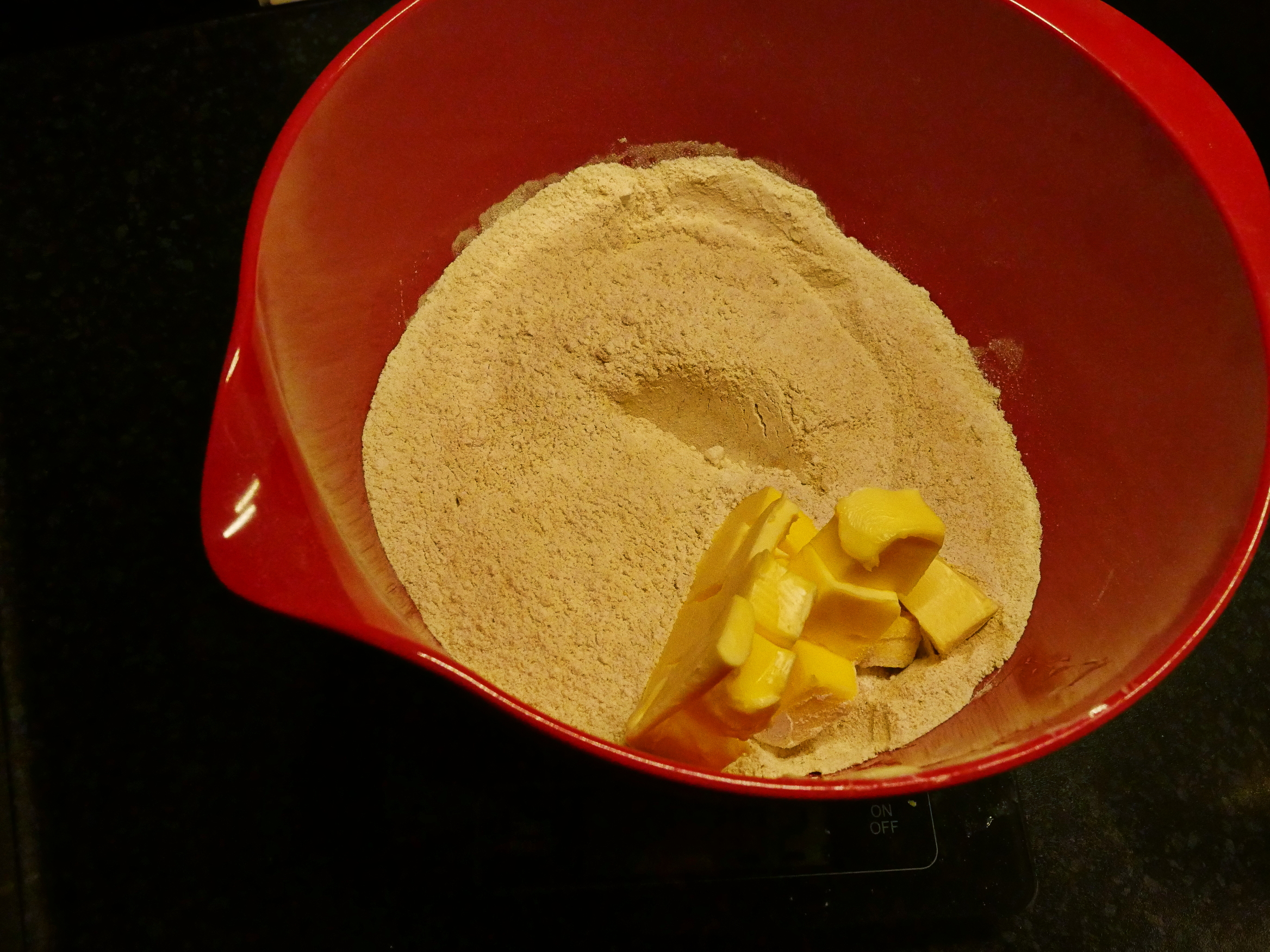 The rest went without mishap. Dry stuff mixed with butter… 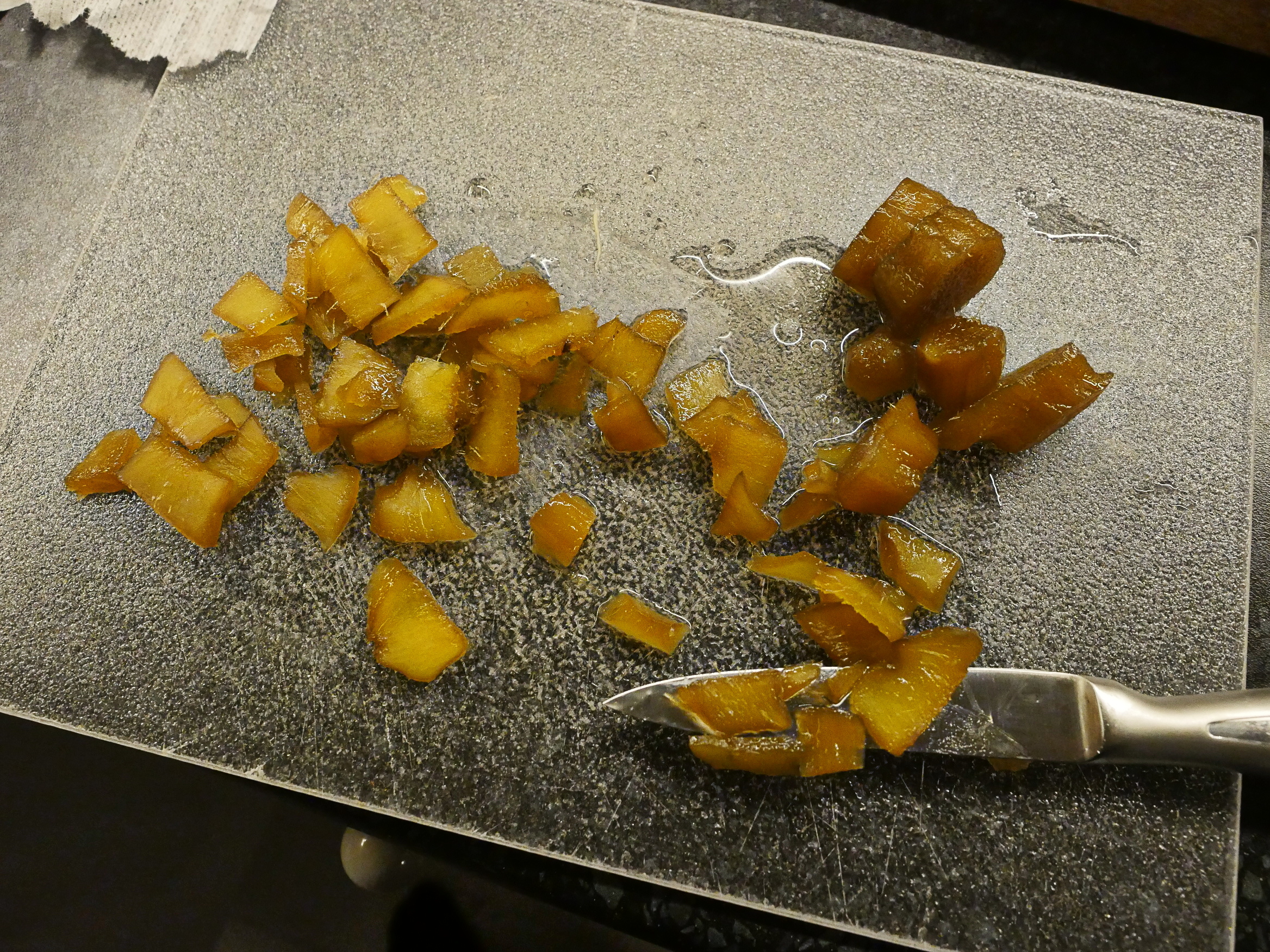 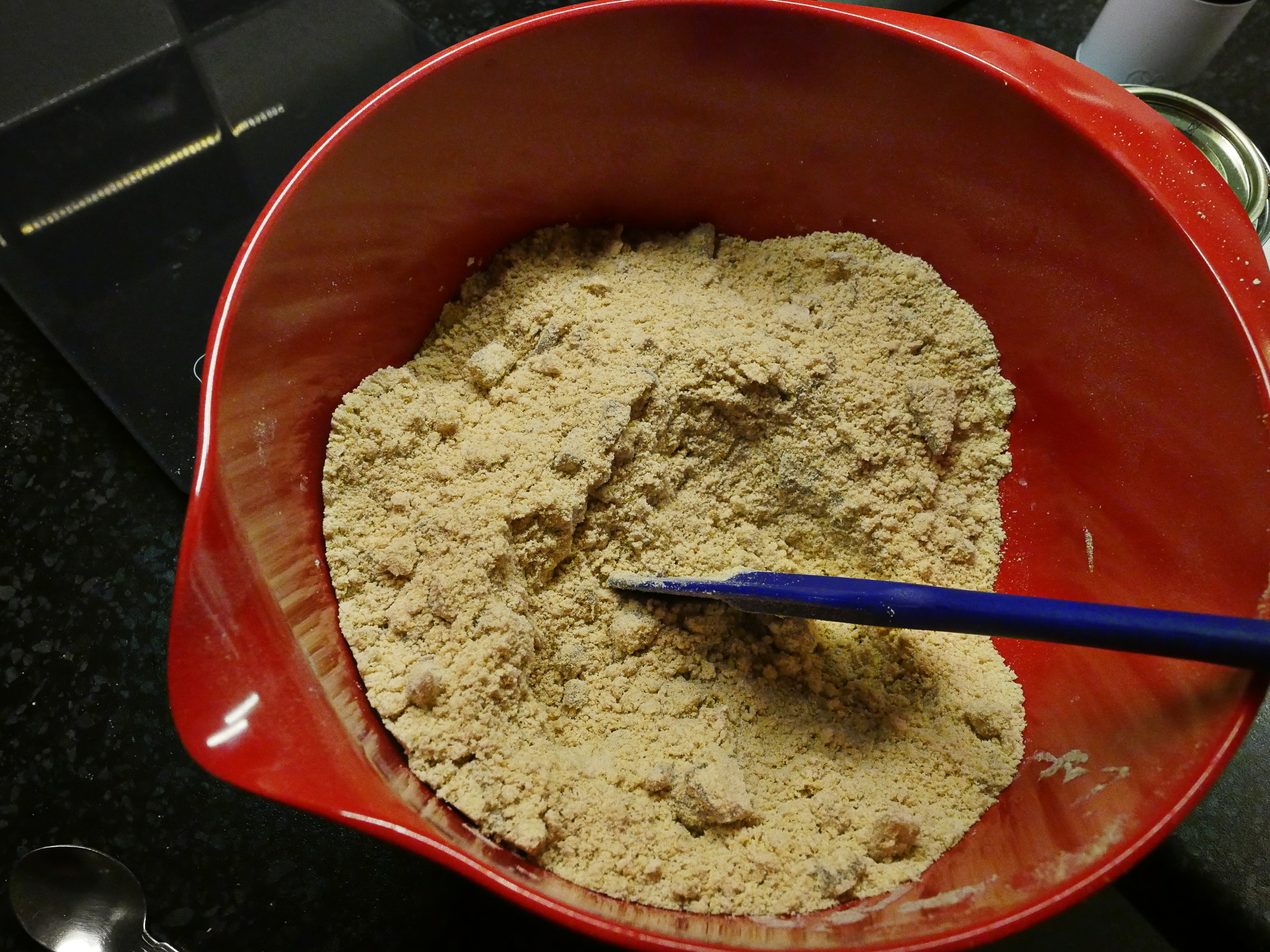 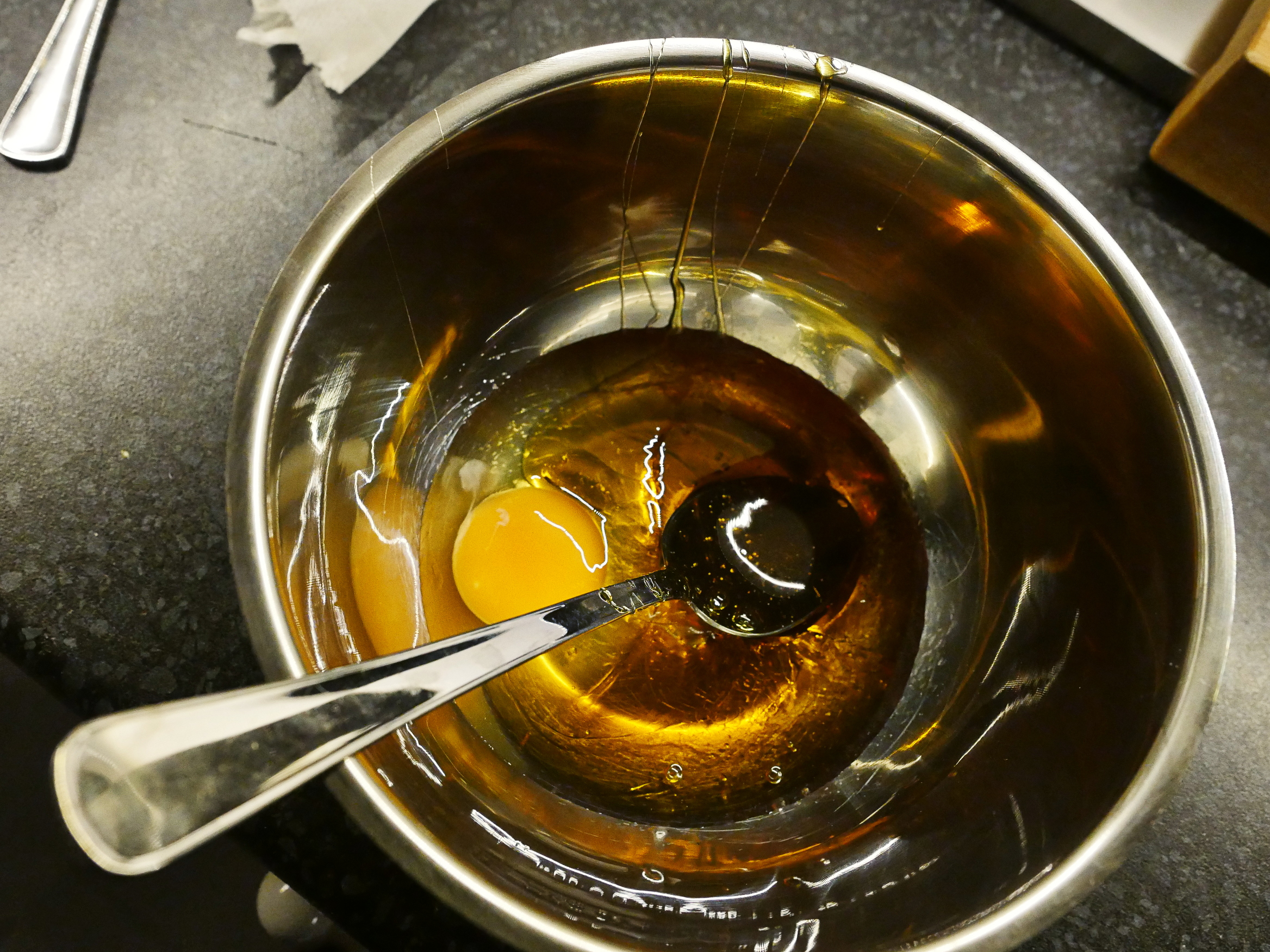 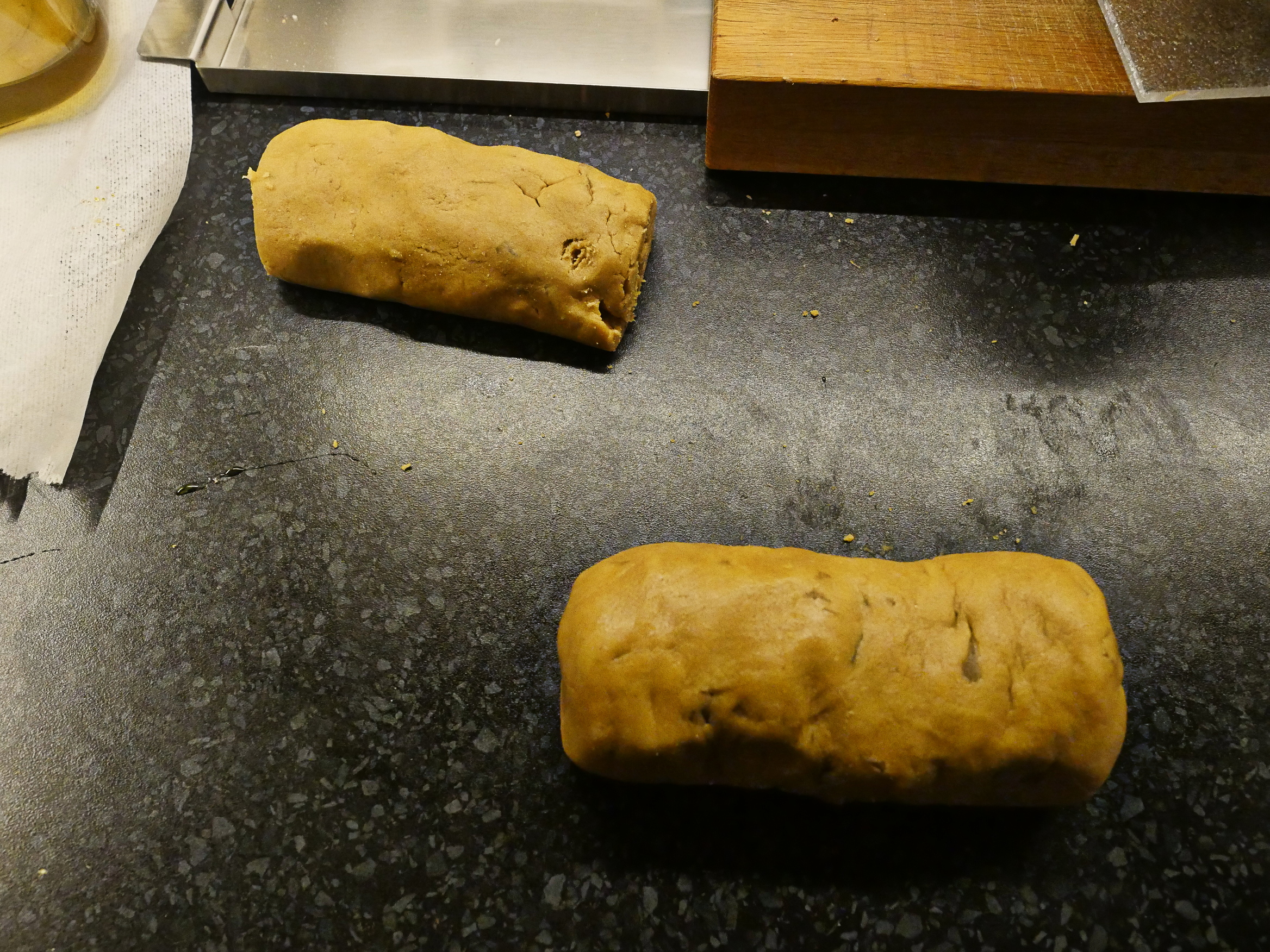 Roll roll roll and then into the fridge for 20 minutes because of reasons that aren’t explained. I never know how much these things are going to expand in the oven, so to avoid to get a Continuous Cookie Landscape thing happening, I went way wimpy this time and only did six cookies in the first batch. 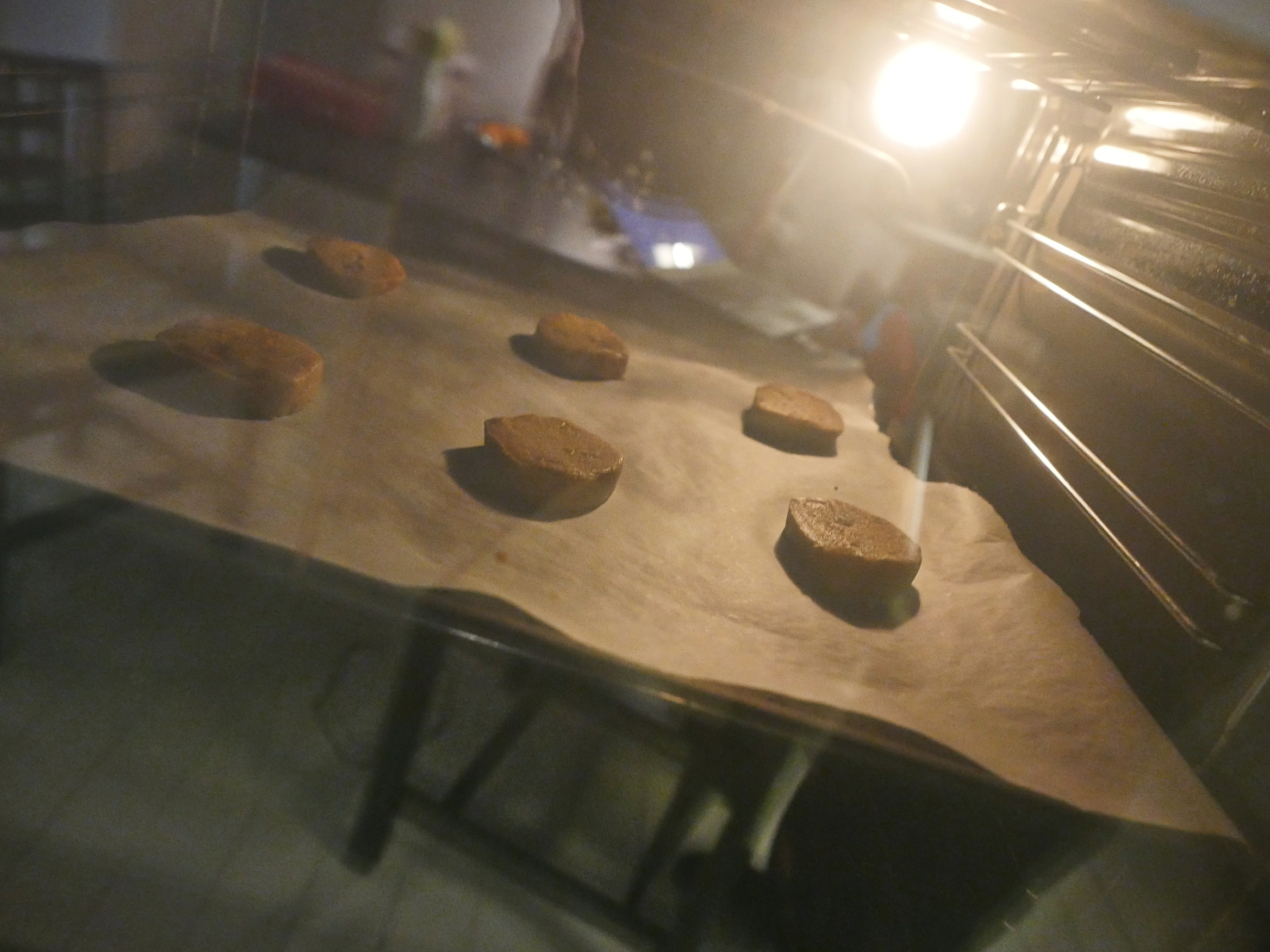 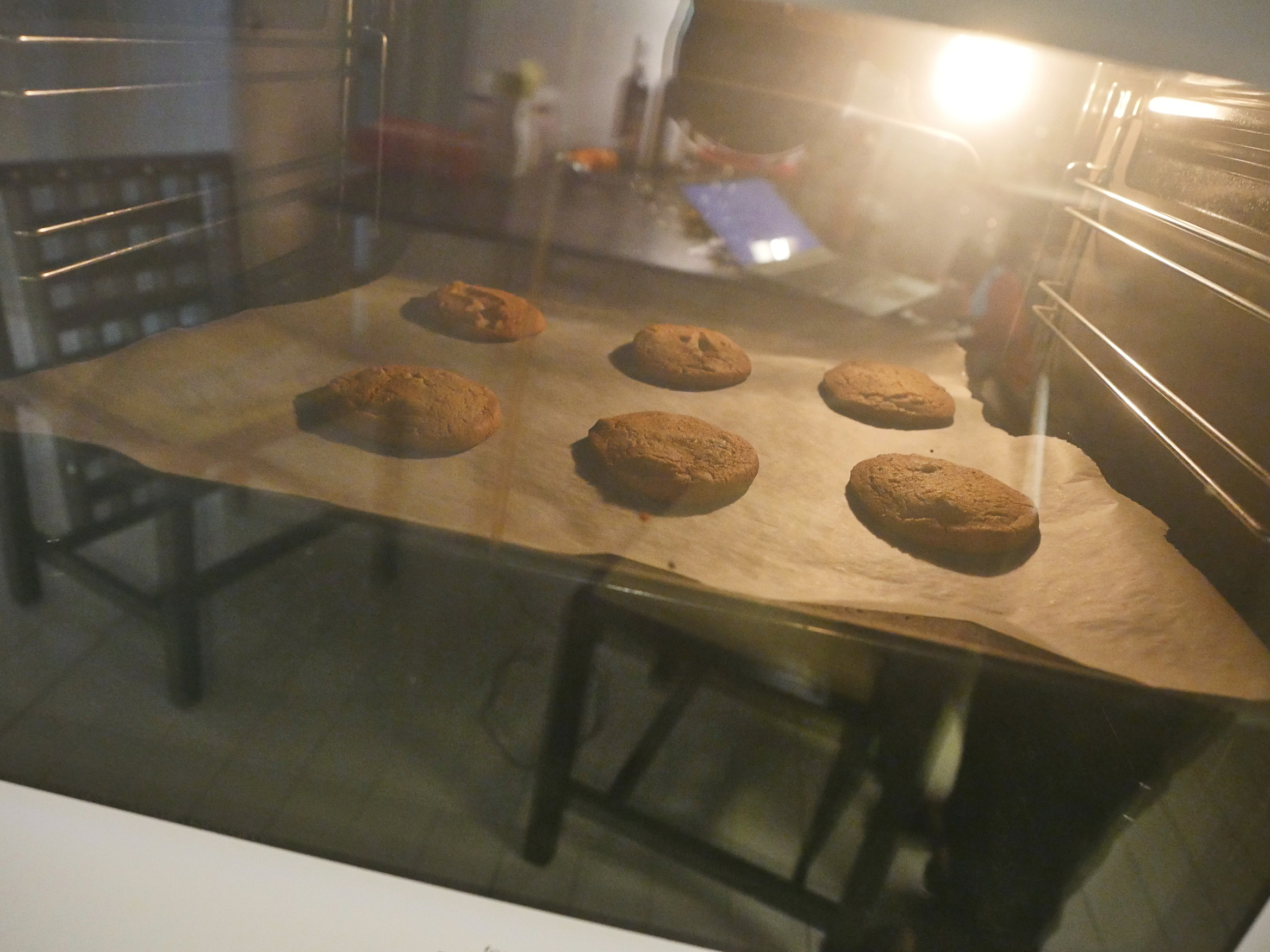 They didn’t expand to 12x their sizes! Who knew! 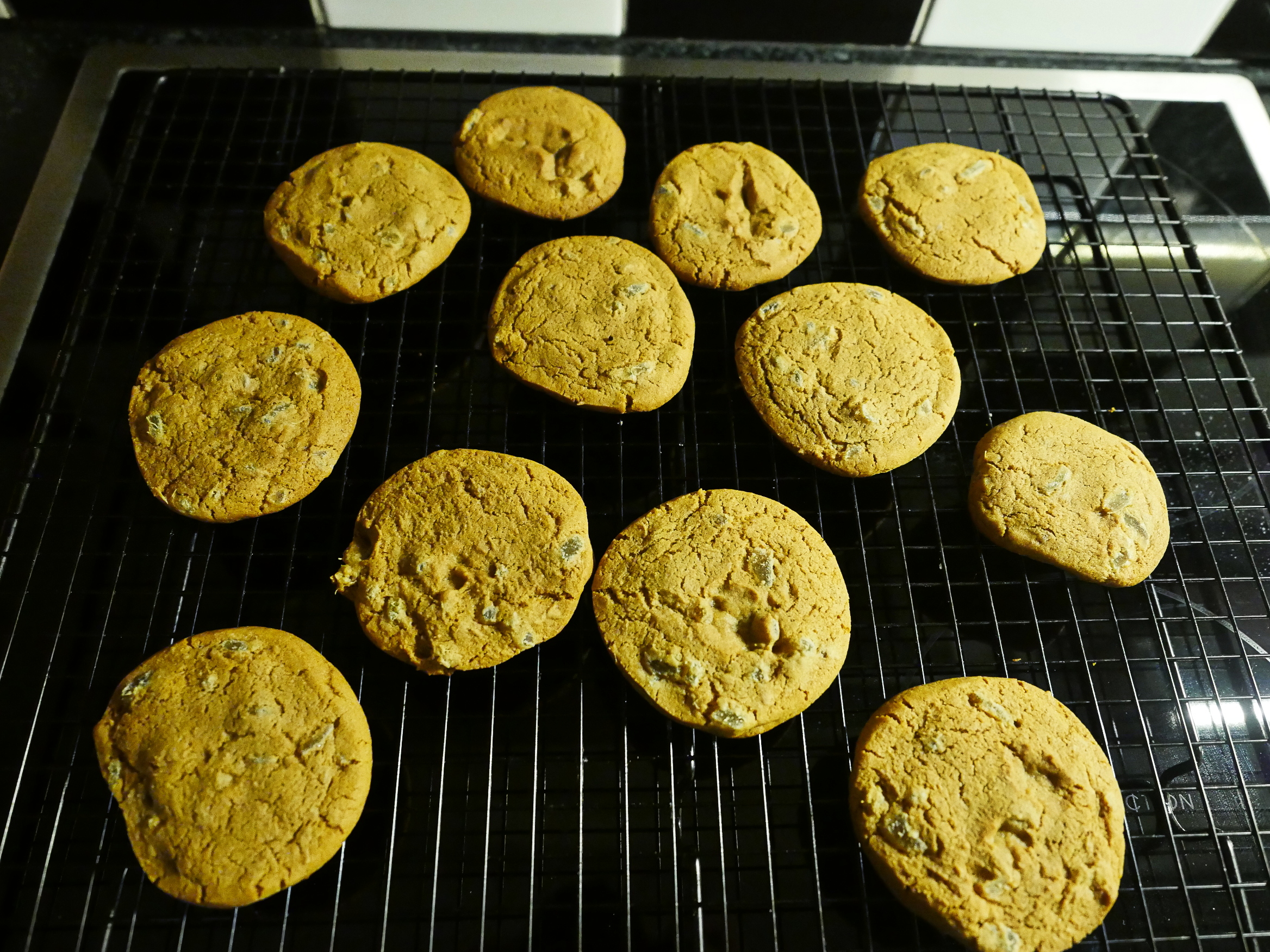 OK, that’s half done (and I froze the rest of the dough for later, which, according to the recipe is A-OK).

I didn’t quite understand the “Melt the chocolate in a bowl over a pan of gently simmering water, making sure that the water isn’t touching the bottom of the bowl” part of the recipe. Vaguely holding a bowl over water doesn’t like something that’s going to make a lot of chocolate melding action happen, does it?

IRC to the rescue: What they’re talking about is this principle: Trapping the vapour under the bowl. Well, I don’t have a copper Bain Marie, but I’ve got plenty of small pots and pans: Well, this is a bakin’ and readin’ blog, so I have to pick a book from my collection of books from the early 90s that I have managed to avoid reading until today. I pick Last and First Men/Star Maker by Olaf Stapledon.

There’s two reasons I haven’t read this book until now. The first one is silly and the second is deadly:

I hate reading collected editions. It makes reading seem like a chore, somehow. When I’m done with a book, I want to go on reading something else, not more of the same. So I avoid buying collected editions, and will gladly spring for buying five separate smaller paperbacks instead of one giant collected hardback. But I bought this book, probably in like 1989, because Samuel Delany wrote somewhere that he thought that this was the bee’s knees.

At least some author I respected thought that this was good.

But when I started reading it, I found it tedious in the extreme. Like, way beyond reading calculus, which I also had to do at the time. And I haven’t changed my mind there at all.

The book is one of the first science fiction books, and Stapledon is a horrible writer. First and Last Men is the history of humankind from the 1930 on, where we learn of the soon-to-come French/British war, and then the German/Russian one, and then…

It’s all told in the manner above: As written by some omniscient historian from the year 2 billion CE. I think there’s probably some people who would like this thing. For instance, people who like reading recaps of stories instead of reading stories. And there’s a lot of those, so perhaps this would be a brilliant read for somebody who isn’t me?

Reading this was a soul-deadening experience, and, Reader, I have to admit I couldn’t get through it this time either. I failed! I had to start skimming, and then I started skipping chapters, and then I just skipped to the end. BUT THEN THERE”S ANOTHER NOVEL! THIS IS WHY I HATE COLLECTED EDITIONS! Well, OK, this one doesn’t seem to be written in exactly the same tone, so I’ll give it a go… Oh, I was going to try the stem ginger cookies while reading.

Mmmm… yum… they’re crispy but also chewy. They could have used more stem ginger, to give them even more chewiness. Next time I’m baking these, I’m doubling the stem ginger. While the first novel was about the history of humanity, the second book is more… lateral. It’s about a person who goes around (in his mind perhaps) around the galaxy, visiting planet after planet, and joining up with minds from each of these planets. So they collectively visit all kinds of strange planets… for page after page after page (did I mention “page after page”?) after page.

This is, after all, a pretty original structure for a novel, so I had expected to last longer, but I just can’t.

As a catalogue of wonders, it just doesn’t work. Stapledon cycles through all possible extrapolations from the current state of the art (of 1937), and he’s a smart cookie. But he lacks spice.

Well, I started skimming and then skipping and then jumped to the end of this novel, too.

I’ve let everybody down!