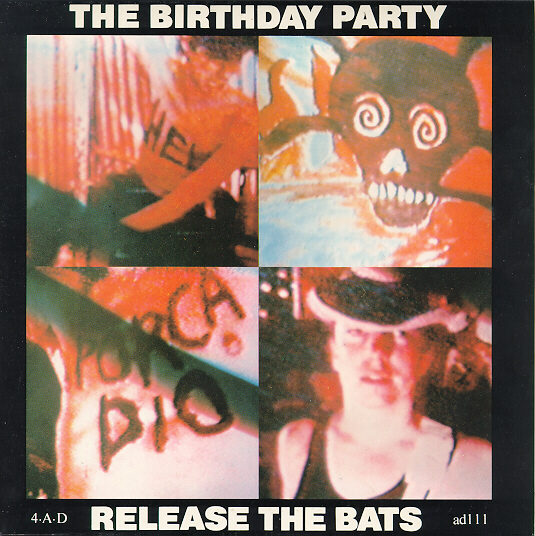 Working with the 4AD data set brings back memories…

In the early days of the WWW, before Mozilla came on the scene, I had written a 4AD database (called “eyesore”, written in C++) where you could mark what releases you owned, and it would spit out a list of what you needed to buy to get all the songs. The main browser those days was NCSA Mosaic, although I tested a lot with lynx as well.

The main user interface problem was in how you entered the releases you owned. I had a form per release, and there was a pulldown menu where you could say that you owned the 12″ version, for instance. And then a submit button to store the data.

But the problem was then you were then faced with a new page, and had to use the back button or re-navigate to where you were. That’s a pain in the ass.

So I asked on the www newsgroup at the university, “is there a way to just send the data to the server without reloading the web page itself?”, and after explaining what I wanted a few times because this all seemed to outlandish to even consider, a professor chimed in and explained to me something like “no, that would totally break the entire concept of the WWW, because then a URI would no longer be a resource to identify a resource”.

That’s what taught me to never take anything a professor says seriously.

(I wonder, though, whether what I wanted was possible at that time… This was slightly before Mozilla came on the scene with Javascript and other goodies. Like BLINK.)

1981 continues in the vein of the previous year: Still pretty much in the post-punk vein, and with a bunch of singles from bands that 4AD didn’t have an extensive relationship with (Sort Sol, Past Seven Days, My Captains)…

The involvement with members of Wire bears fruit with Colin Newman’s very striking solo album, but the group that really points the way to future greatness is really Dif Juz, with two EPs that represent something quite new and different.

But perhaps the most important development this year are the covers of the Modern English releases: They are the first ones designed by Vaughan Oliver/23 Envelope. For better or worse (I think better, definitely), his visual identity would come to make 4AD a thing in people’s minds over the coming years. It’s a very modest start, though: Those covers don’t really stand out much here.