Hey! I got a package from France with the most stamps ever! 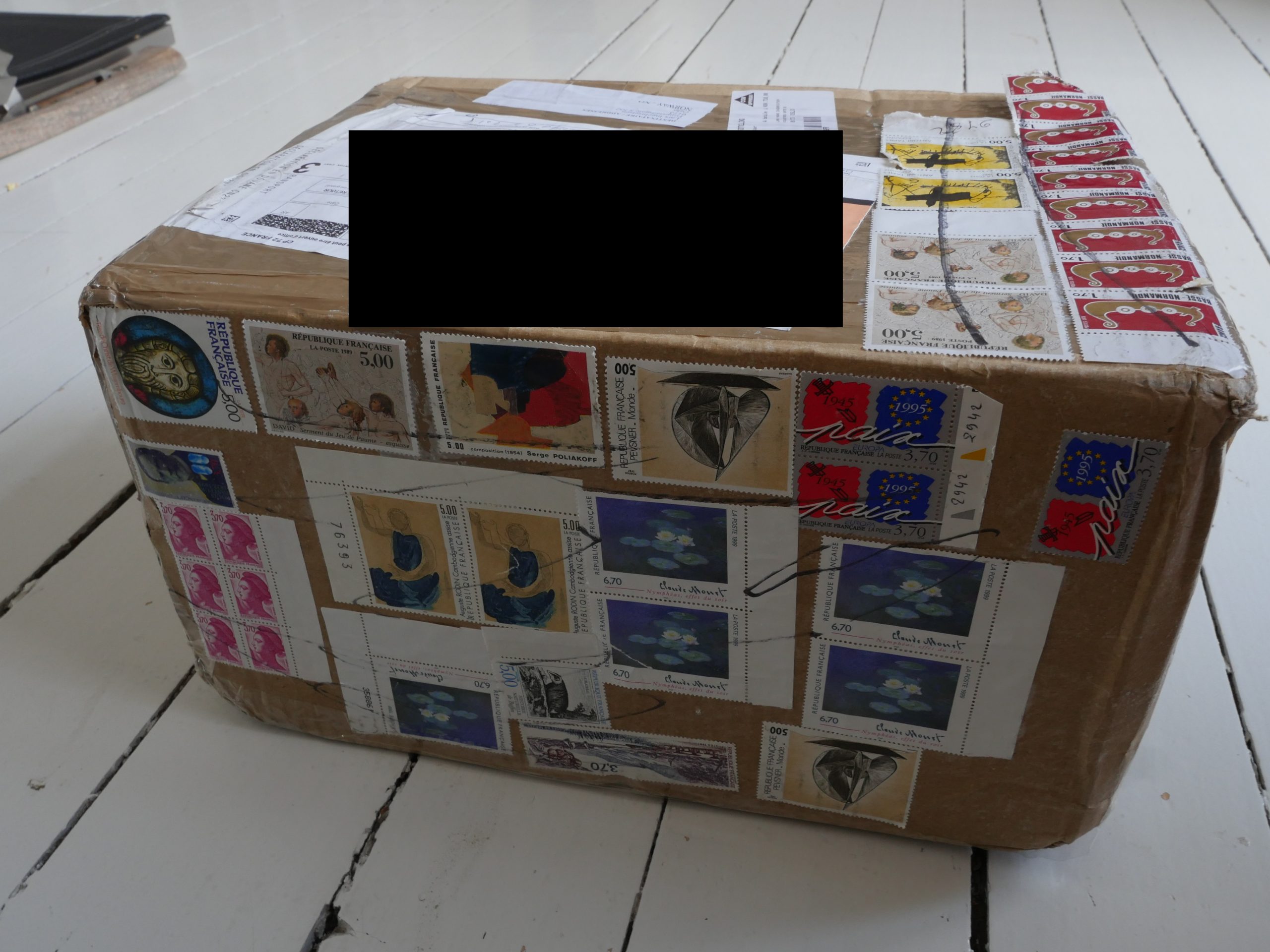 Just look at it! Such variety! I’m very impressed. 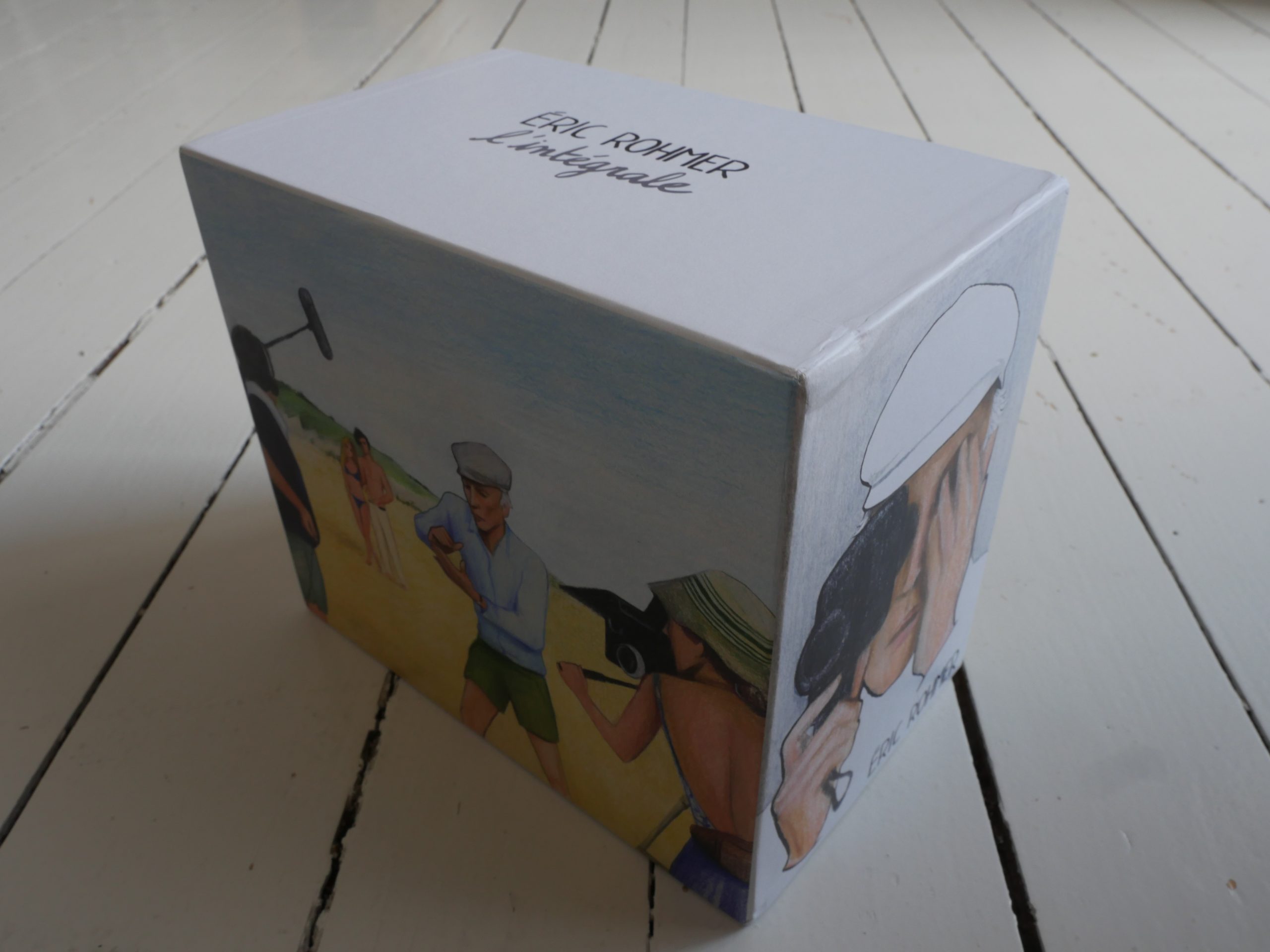 The contents are even better. It’s the Éric Rohmer bluray/DVD box set. The Intégrale. That sounds much classier than “complete edition box set”. I mean, if that’s what it means? The French are so classy. 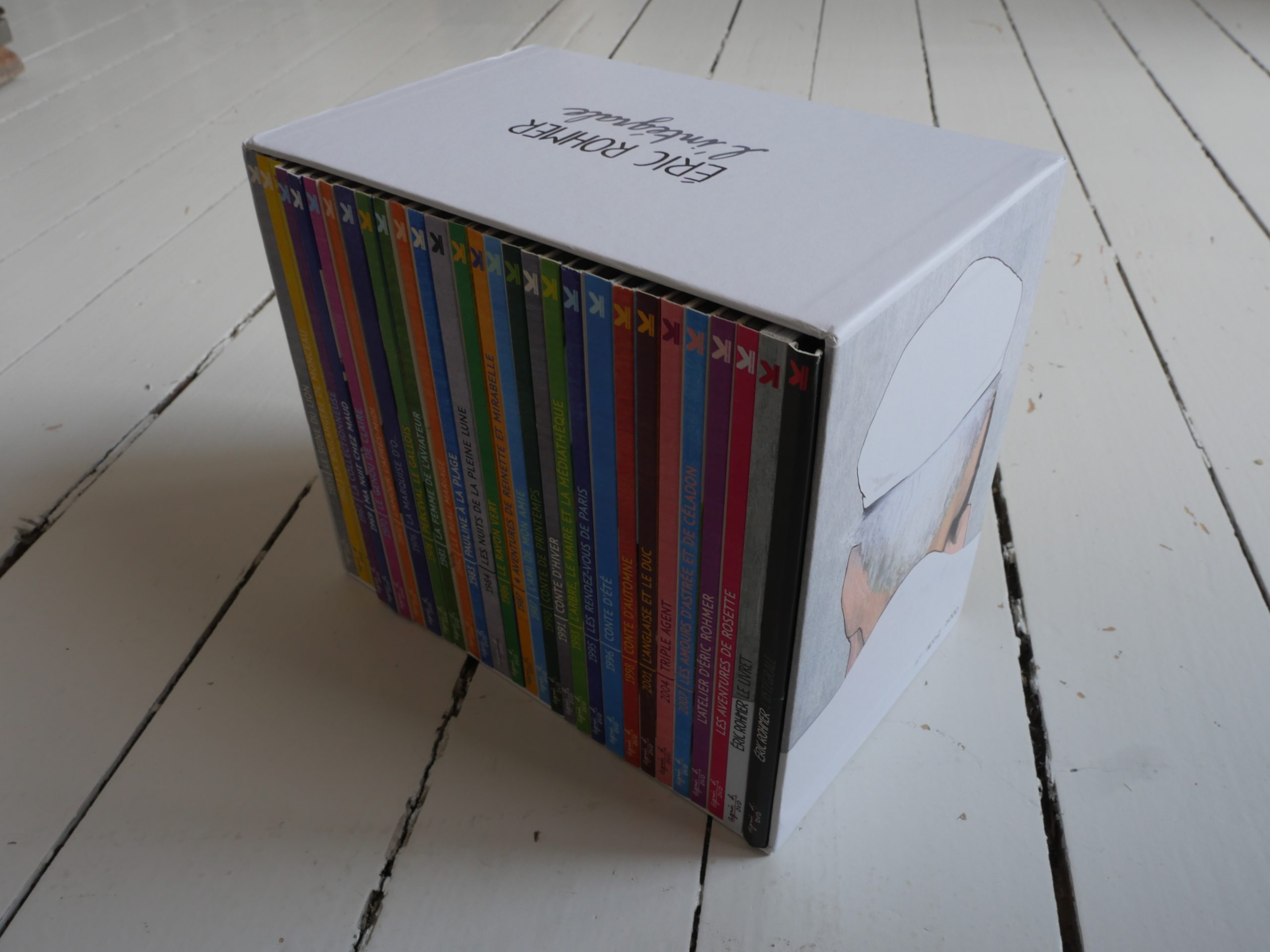 I was completely unaware of Rohmer until last year (I think), when I happened upon a DVD of one of his films in a used DVD store somewhere. I liked his name, so I bought it. I think it was An Autumn Tale, and I was blown away by its subtle silences. It reminded me of a Nouvelle Vague film, only less showy. I was surprised to find out that that’s what it was, basically: He was part of that wave of filmmakers, and never stopped making films. 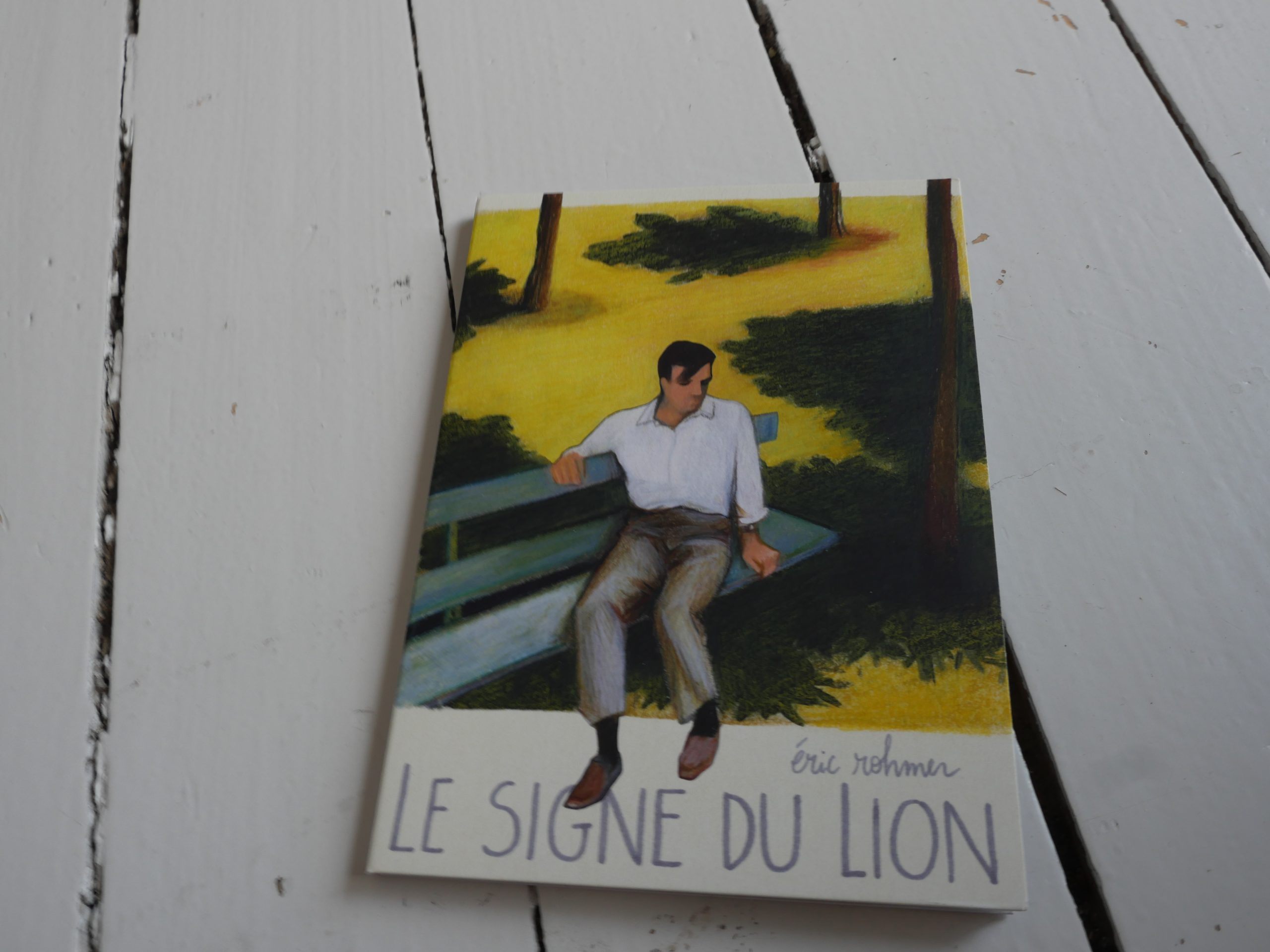 So I’ve been looking for his films the last few months, and I was overjoyed when I found this box set on the web. And the reviews alleged that there were English subtitles on them, but I’ve been burned by that before, because the French really hate pandering to foreigners by putting (optional) subtitles on their DVDs. 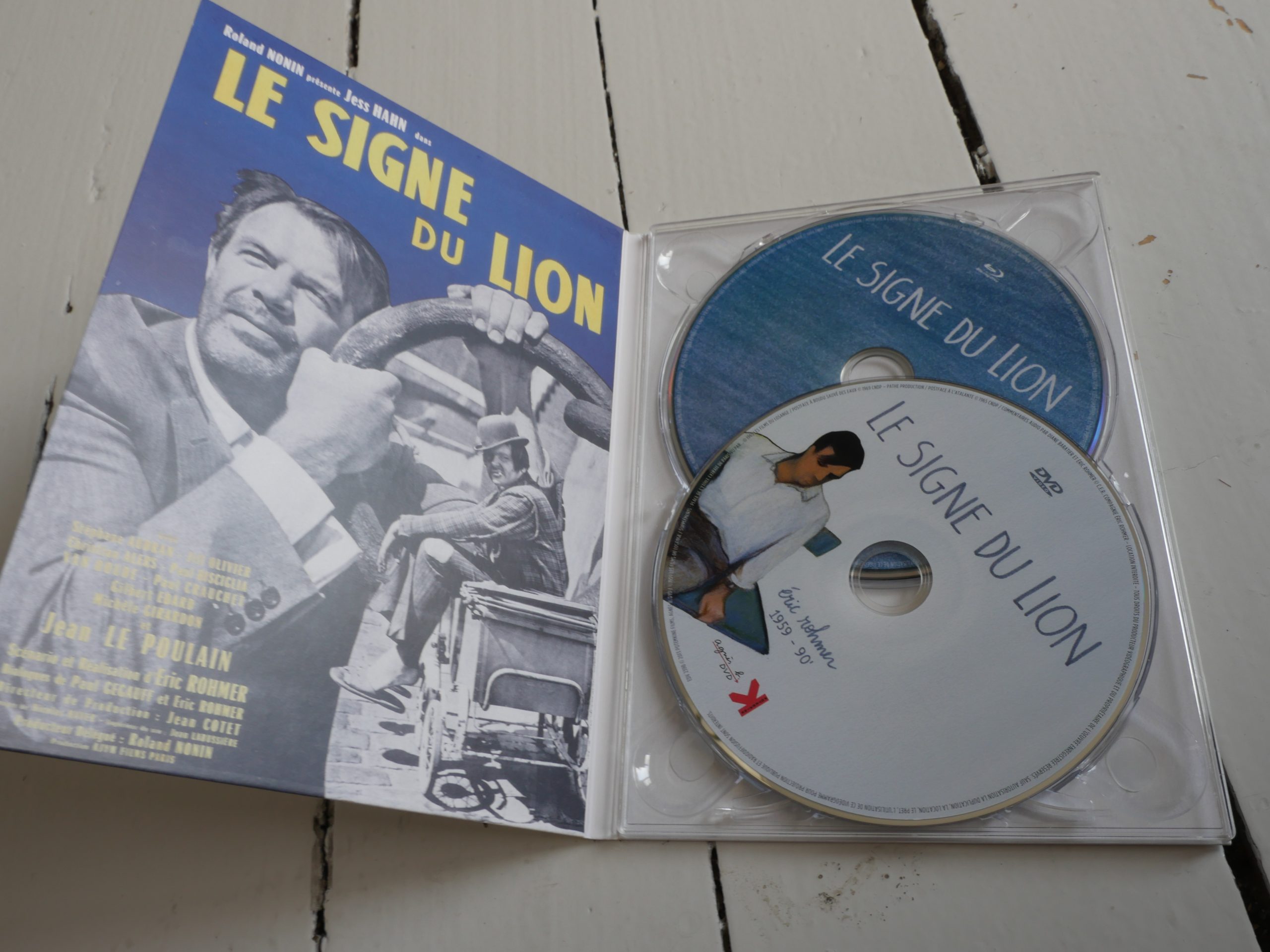 Each film in this beautiful box set is on bluray and DVD, and I’ve done spot checks on a few, and they all turn out to have English subtitles! Yay!

But only on the film itself. The supplementary material, which there is a lot of, is subtitle-free. Boo! 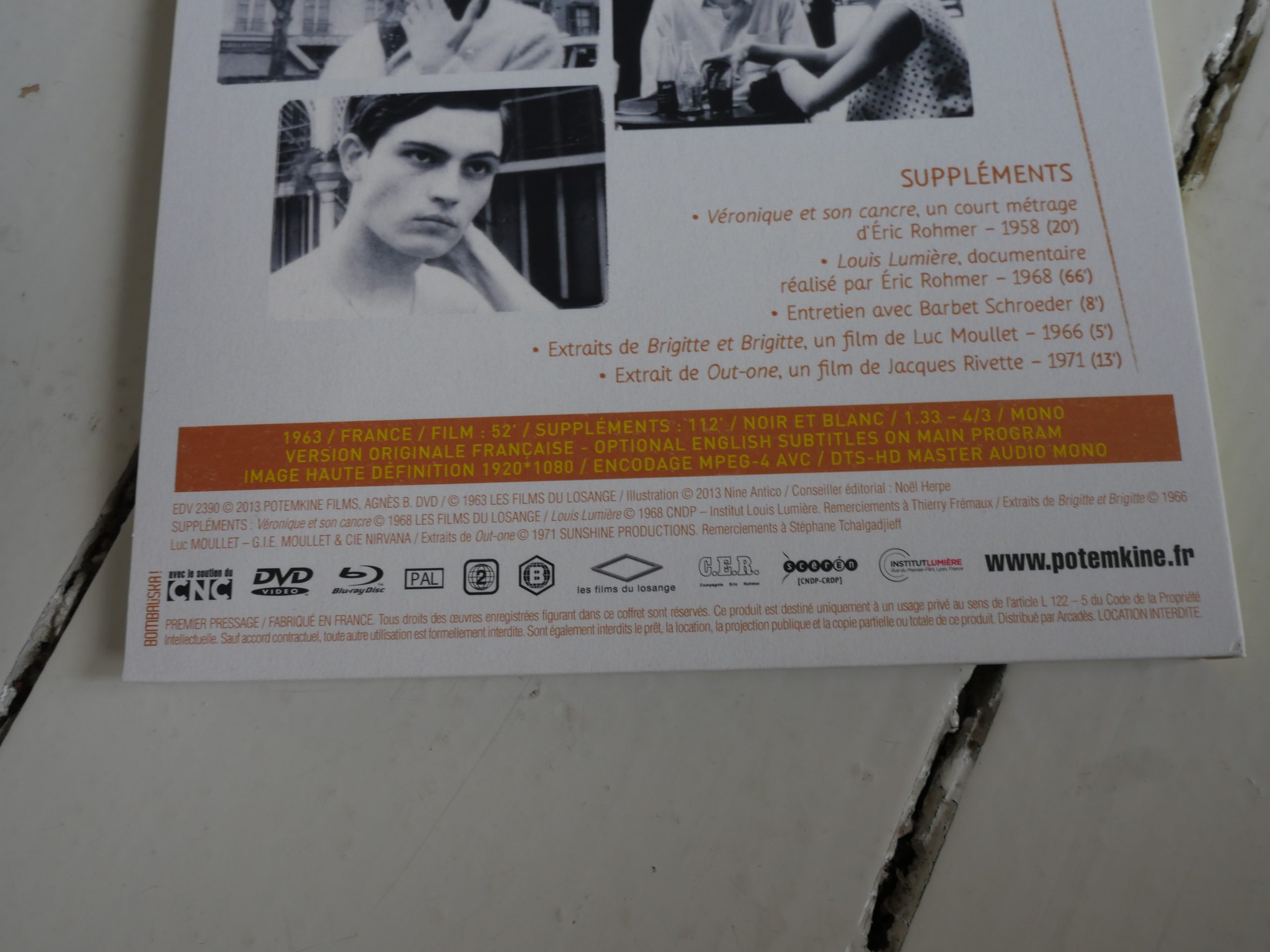 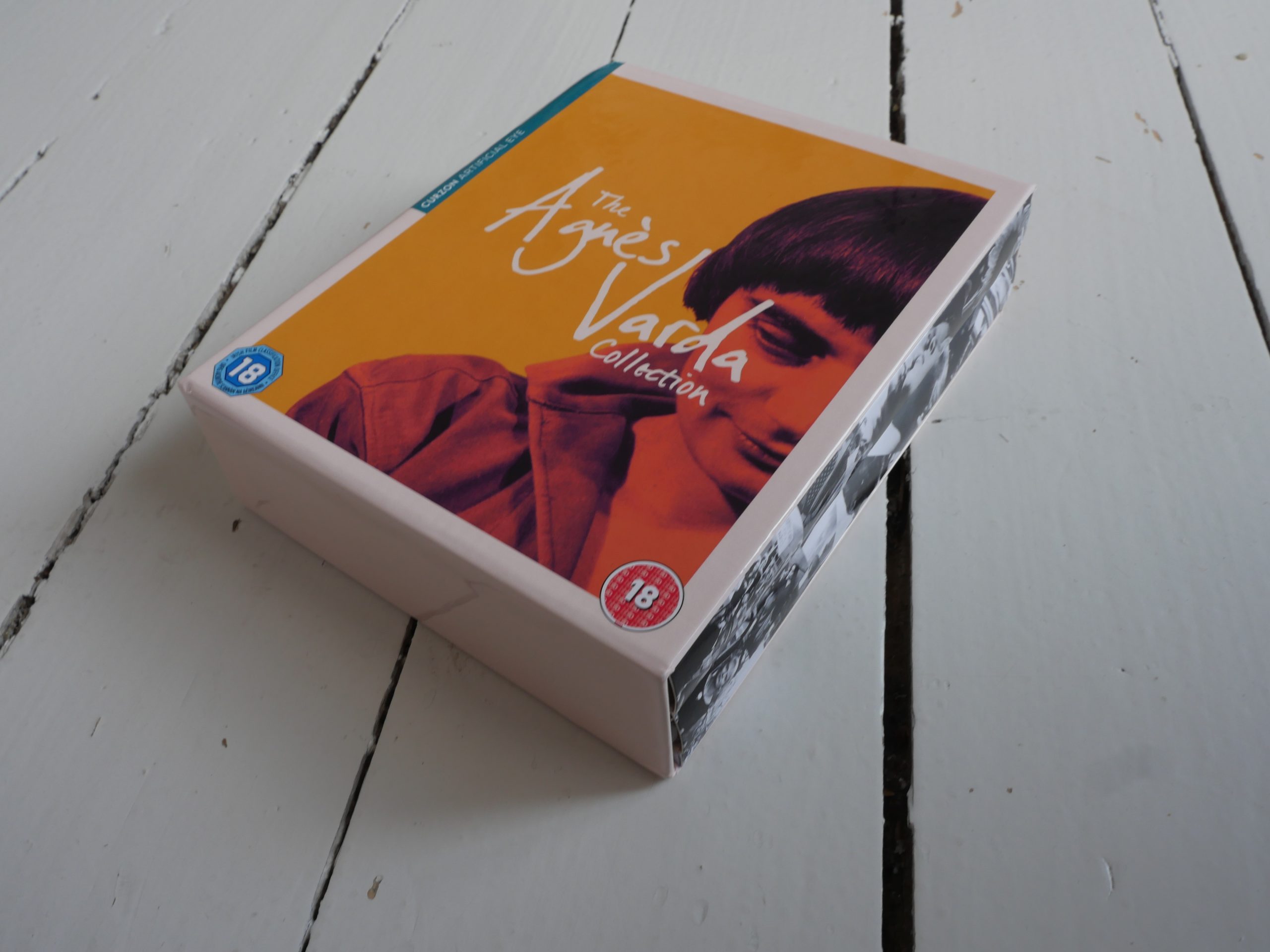 I also got the Agnès Varda today which… isn’t as lavish.

One thought on “Stamped Box”