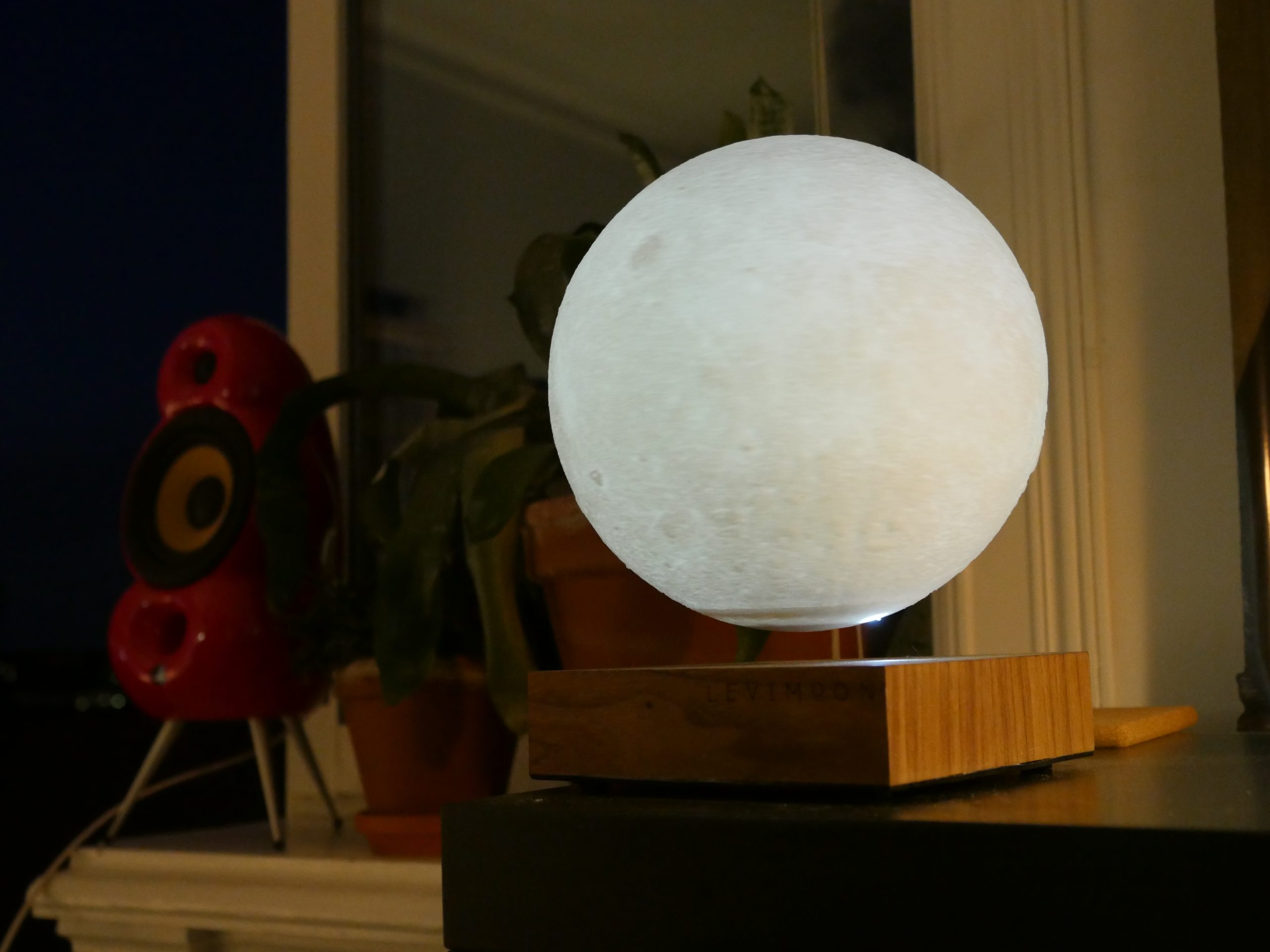 Some weeks ago I bought this Levimoon lamp. I didn’t really think it was going to work or anything, but hey:

Unfortunately, despite being totally cool and fun, it makes a “BzbbbzbbzzHhghghzzbz” sound after it’s been switched on for about two minutes, so it’s a crapgadget instead of a useful lamp.

And getting the moon to levitate (it’s done with electromagnets) can take a few tries, but I think I’ve got the hang of it now. Instead of taking a minute to get it to the right position, it only takes me ten seconds now. If I’m lucky.

Oh well. Perhaps the next iteration will be silent and you can actually have it switched on.