I ordered a couple of mini-comics from Quimby’s Bookstore, and I got an amusingly large stack of … stuff. 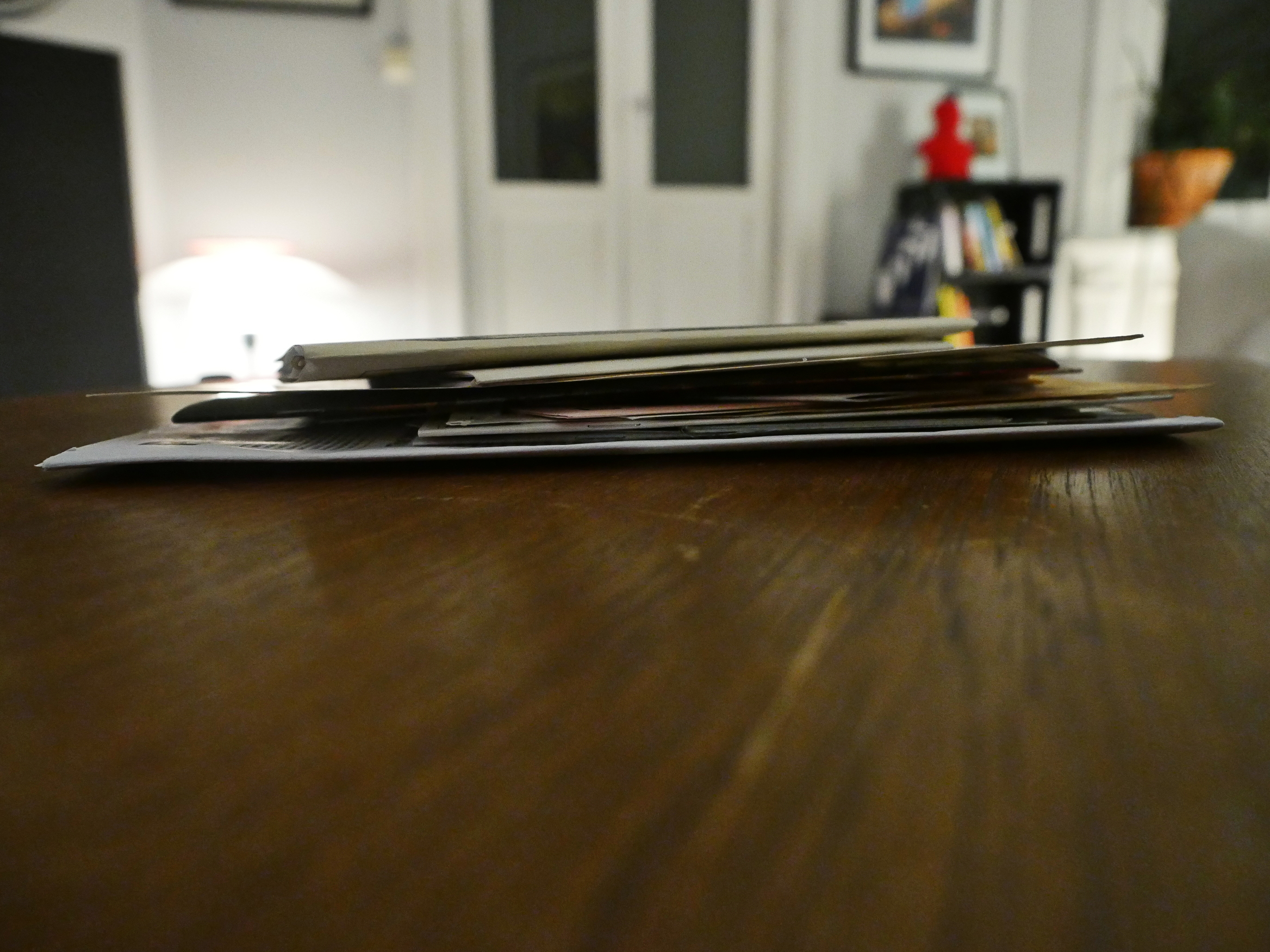 At least I think all this was from Quimby’s; I unpacked a lot of stuff at the same time. I can’t think of where else this would come from. 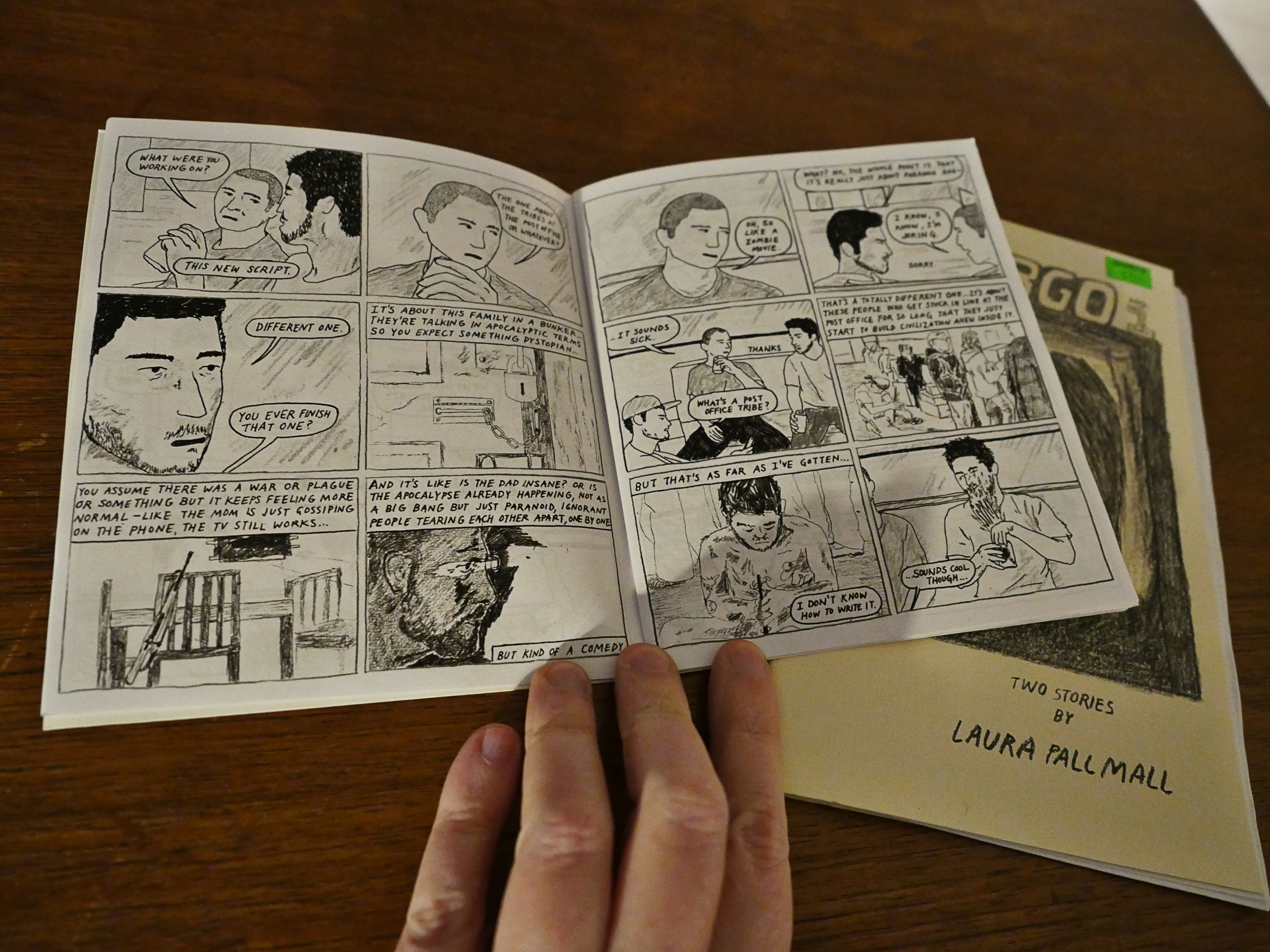 First of all, the two comics I bought: Two issues of Sporgo by Laura Pallmall. Really interesting books. 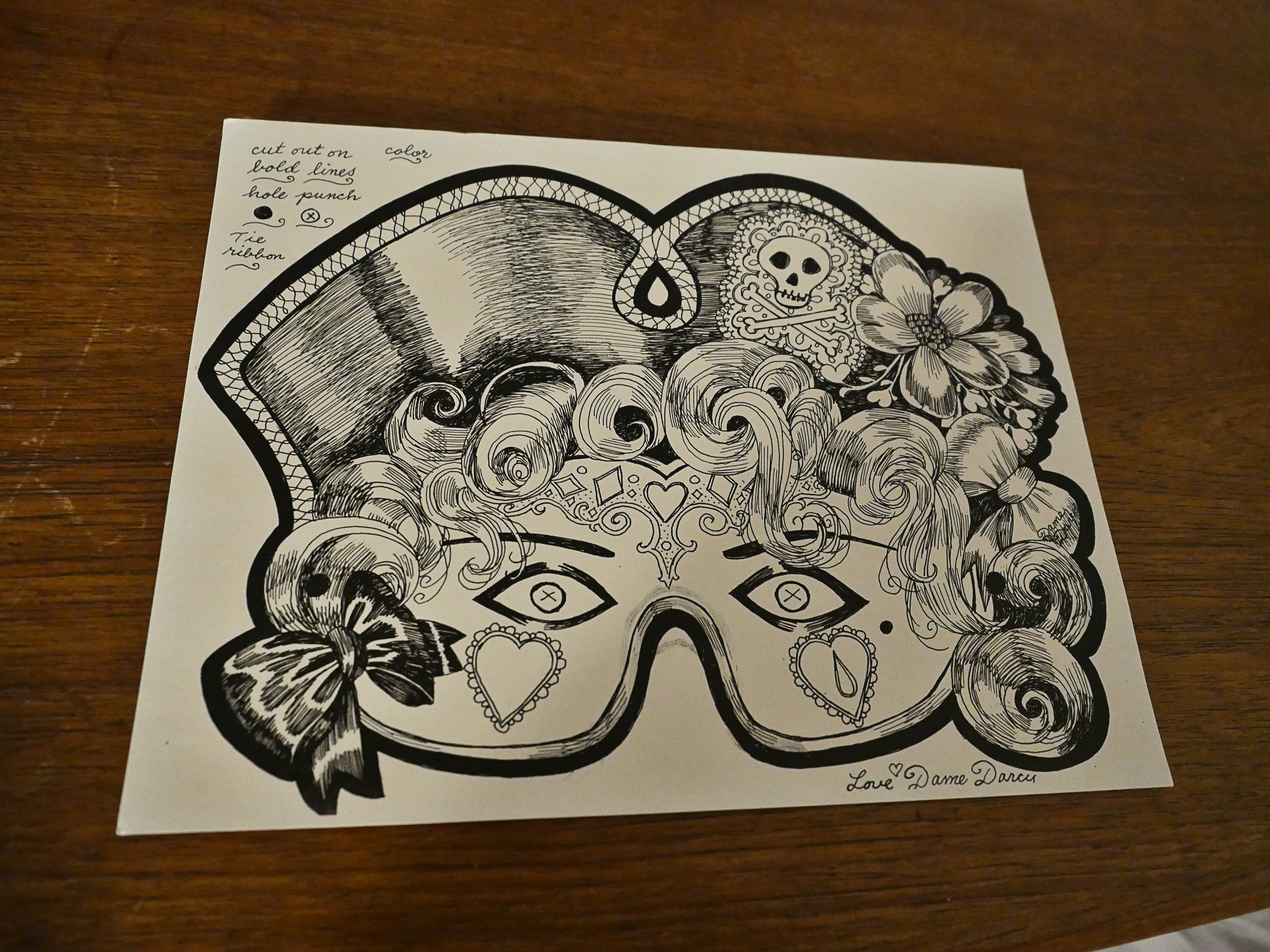 And included was this cut-out mask by Dame Darcy… 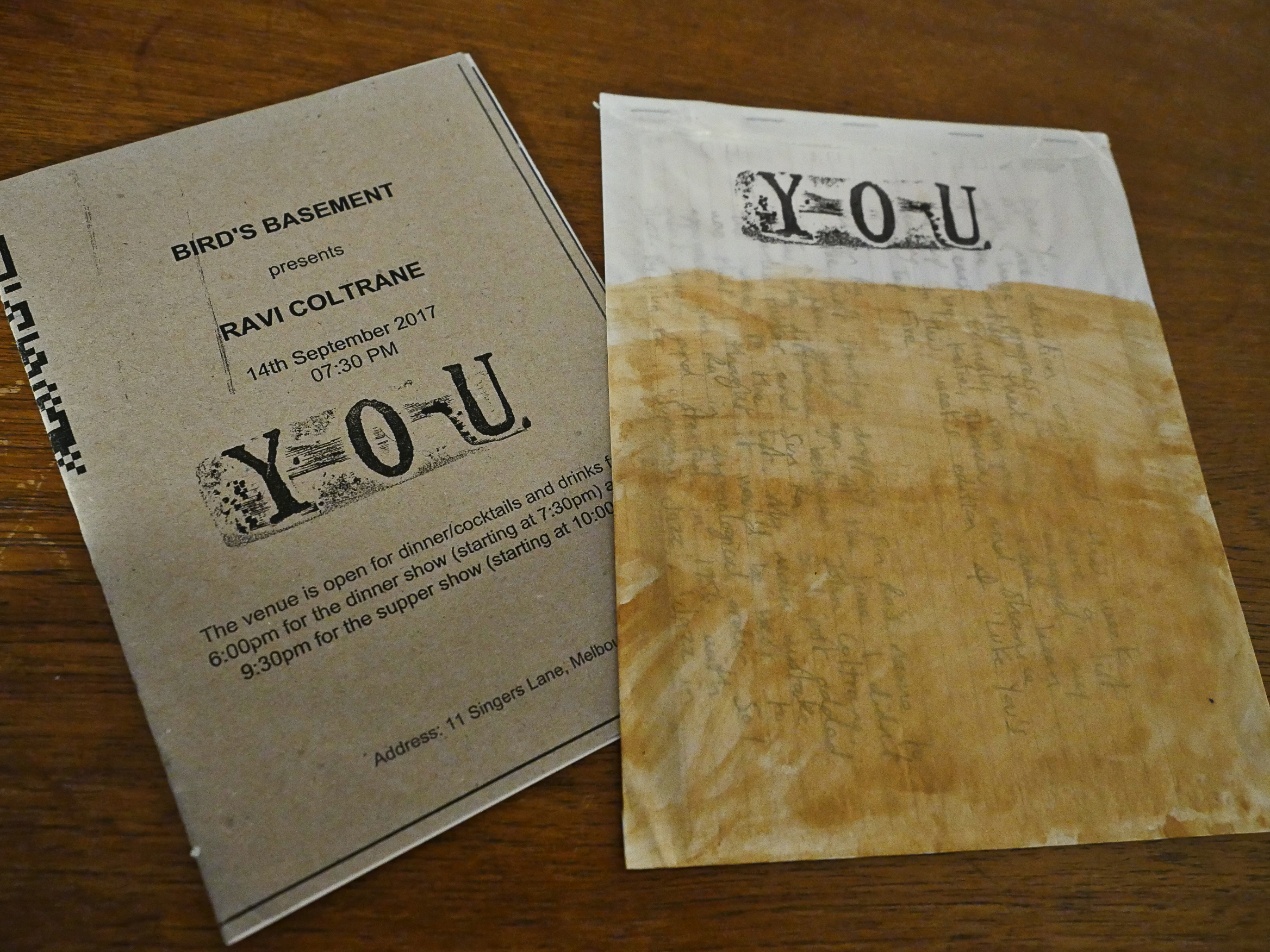 Two issues (or whatever) of, er, a diary? About a guy who goes to jazz shows? Luke You is apparently the writer, and I like reading about jazz. 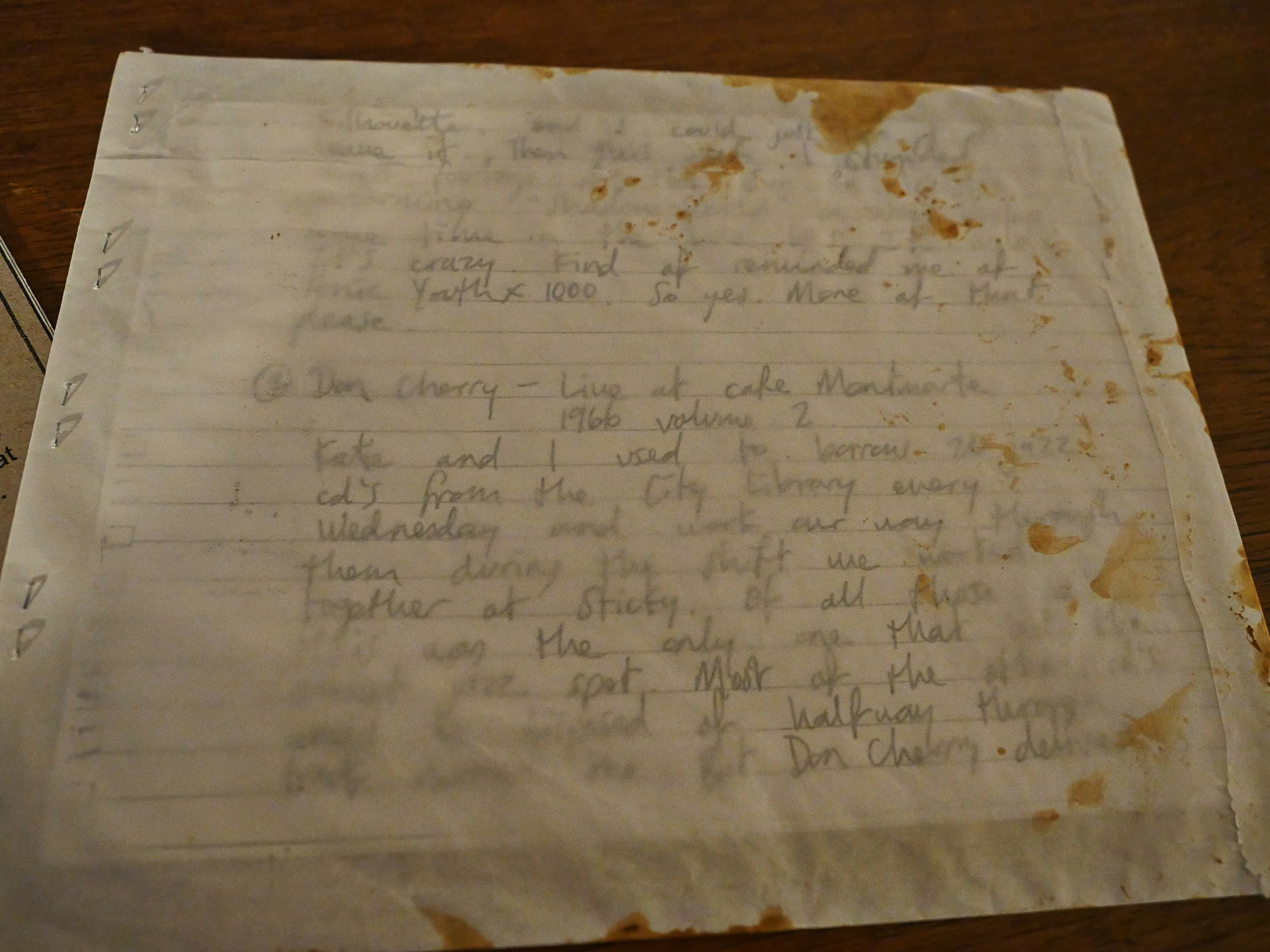 The second er issue is scary-looking: It’s a folded hand-written (photo-copied) sheet of paper inside a semi-transparent paper bag, stapled shut, and the envelope has been painted over with watercolour paint. I hope. At least it doesn’t actually smell anything much, despite how it looks… 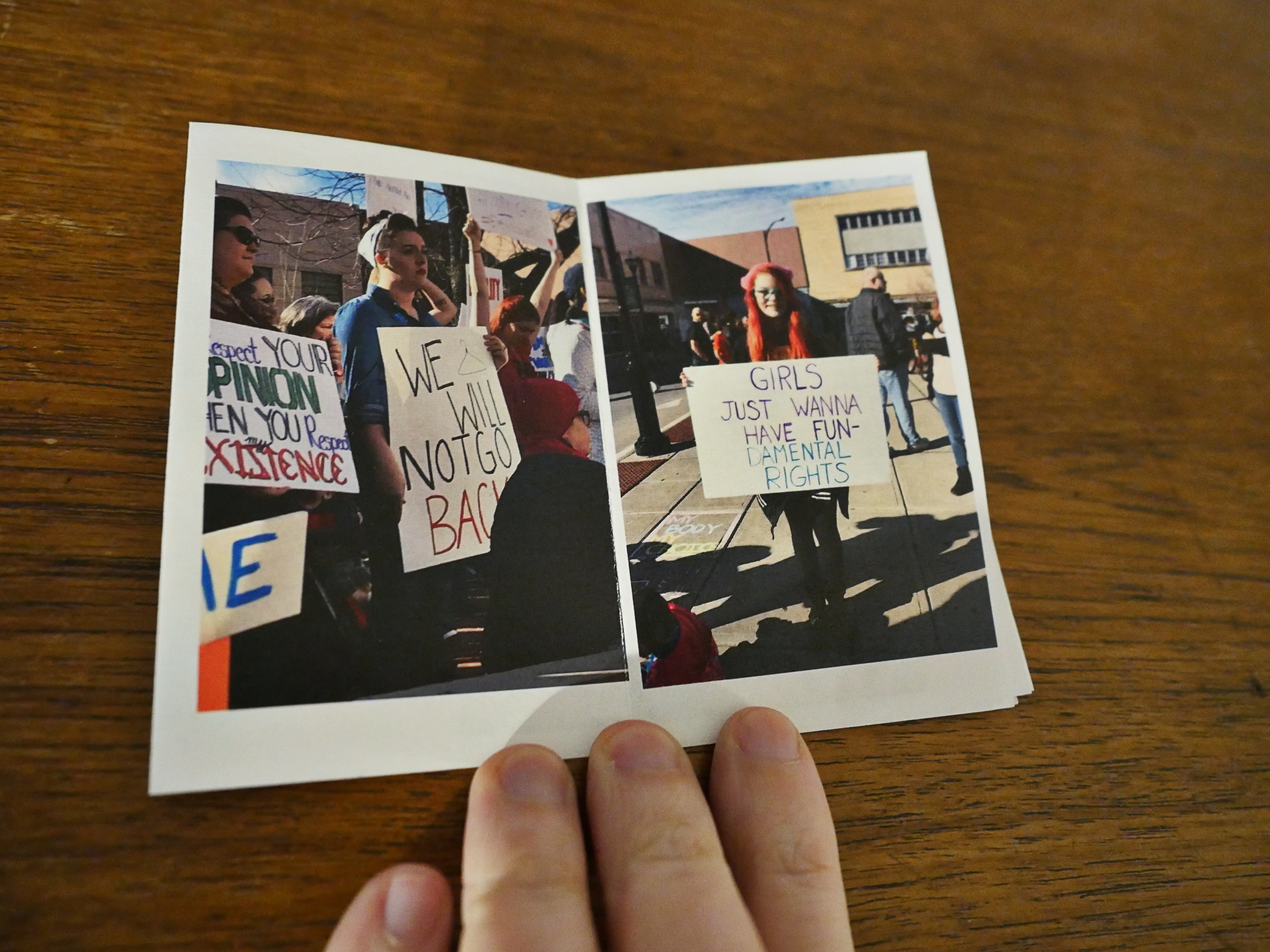 A little pamphlet with pictures from a Springfield Women’s March… 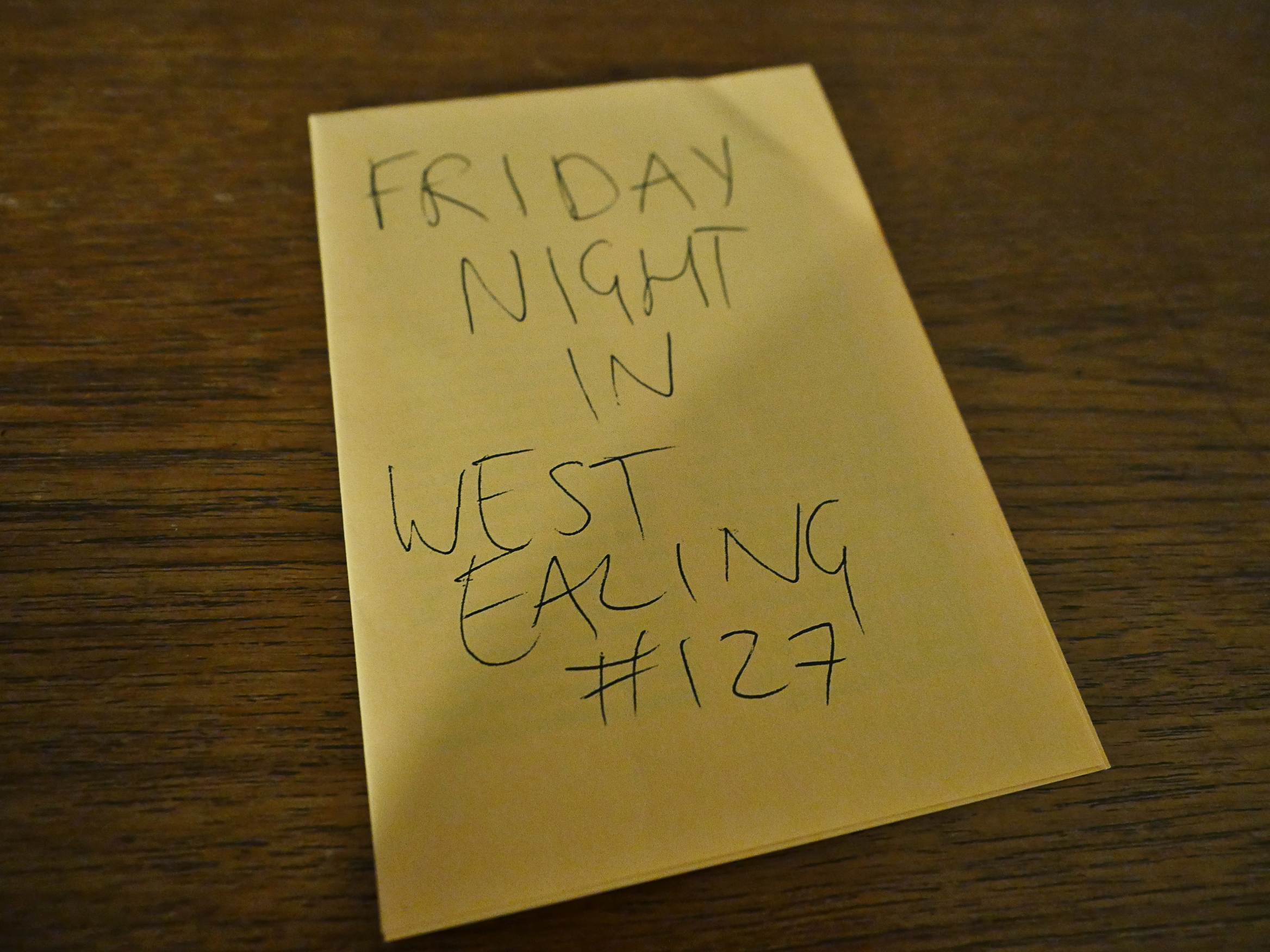 A folded sheet of typeset text of automatic writing, I think. Issue 127 of Friday Night in West Ealing? Will morning ever come? 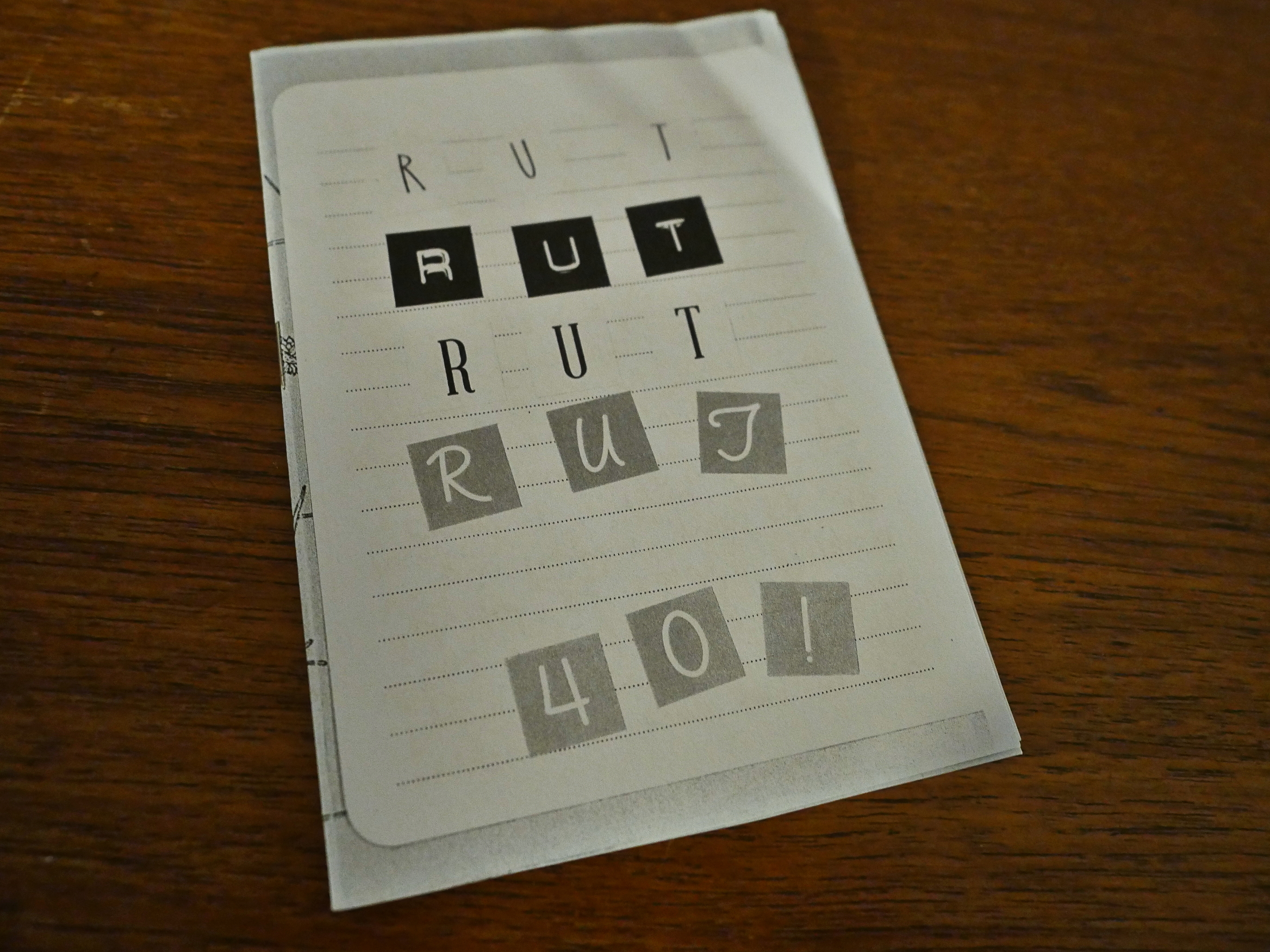 Another with handwritten text about art shows, but is that issue 401 of Rut Rut Rut Rut… 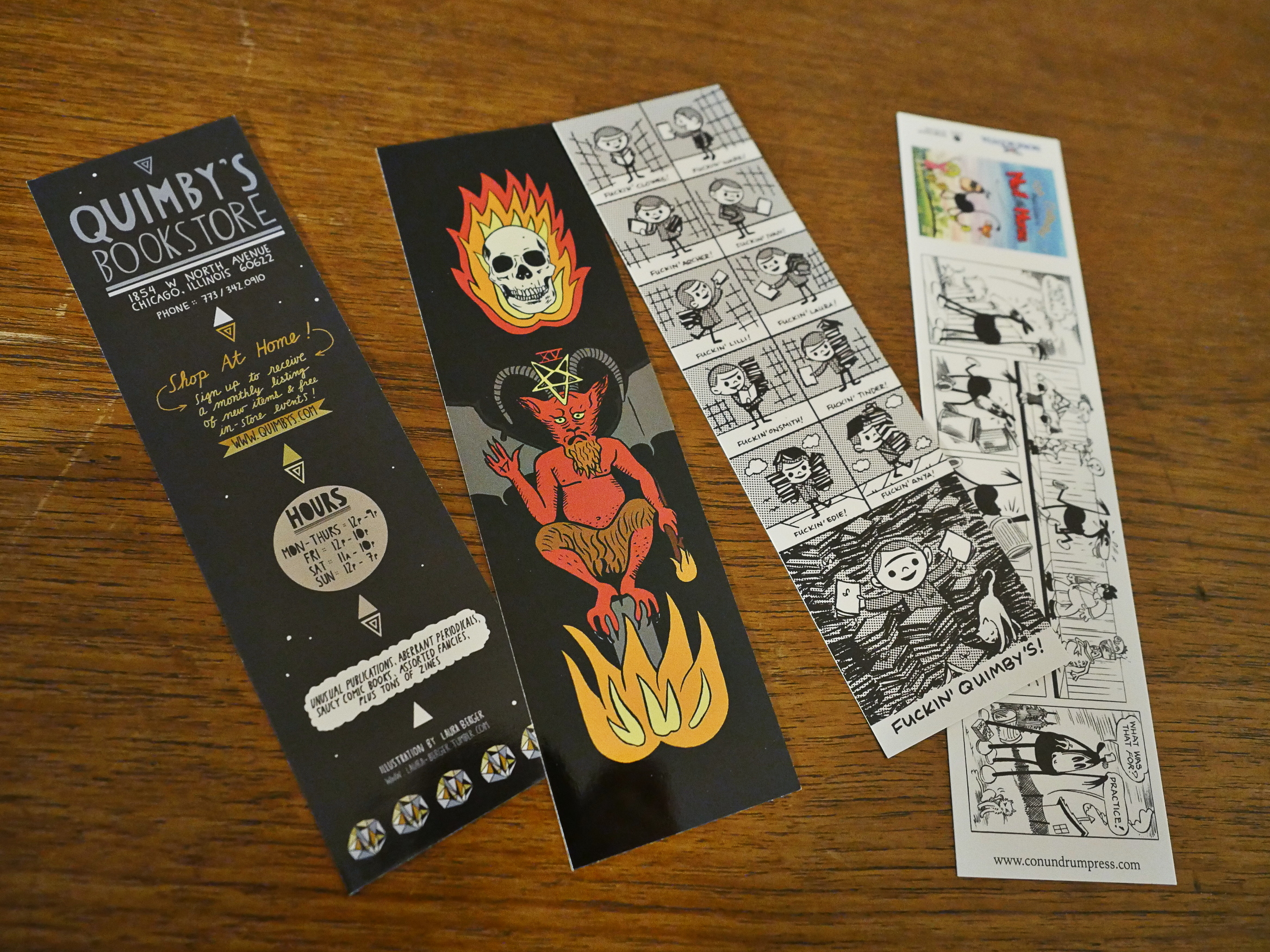 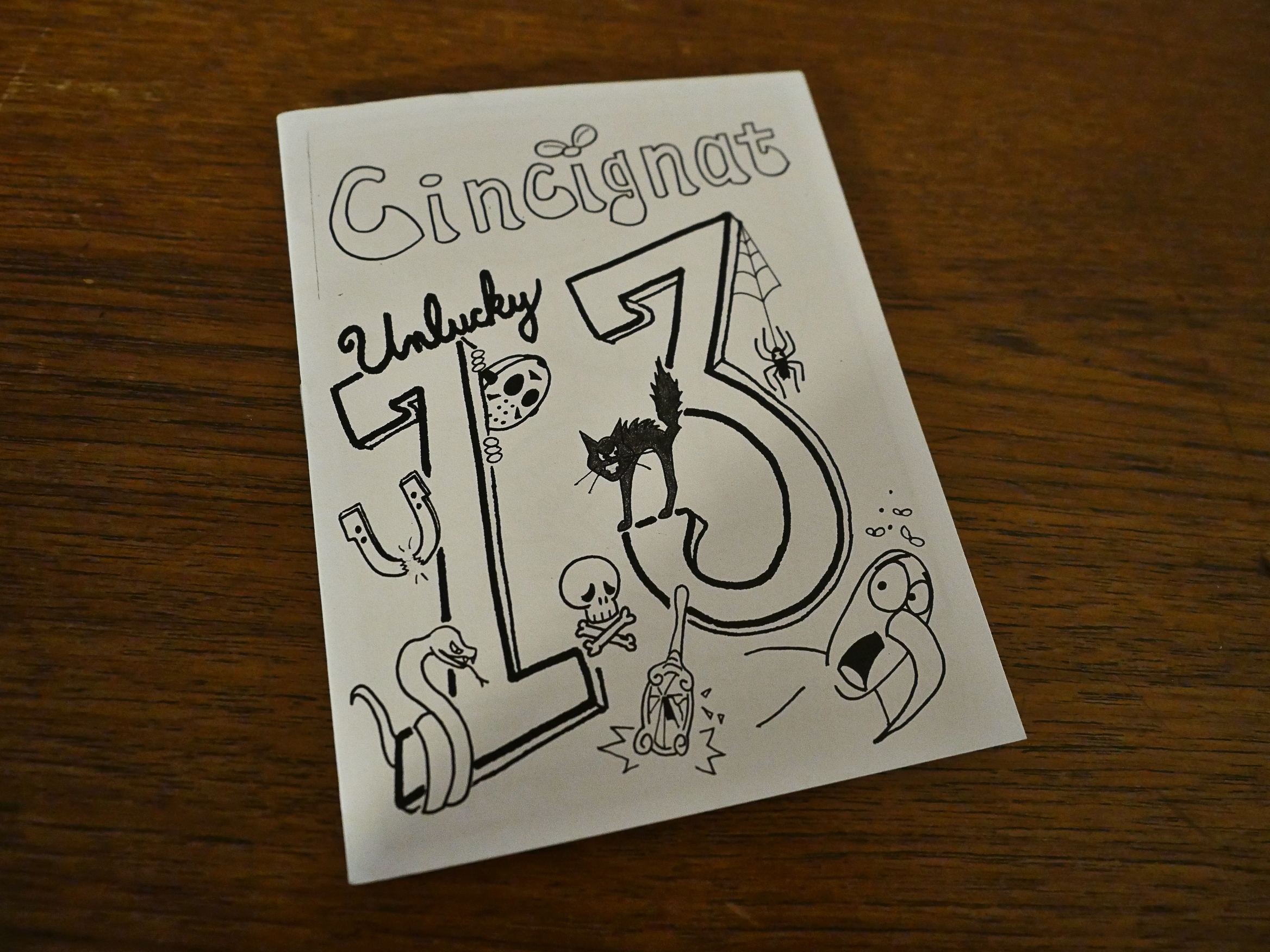 A minicomic. Does that say Cincignat? Unlucky 13? Perhaps. 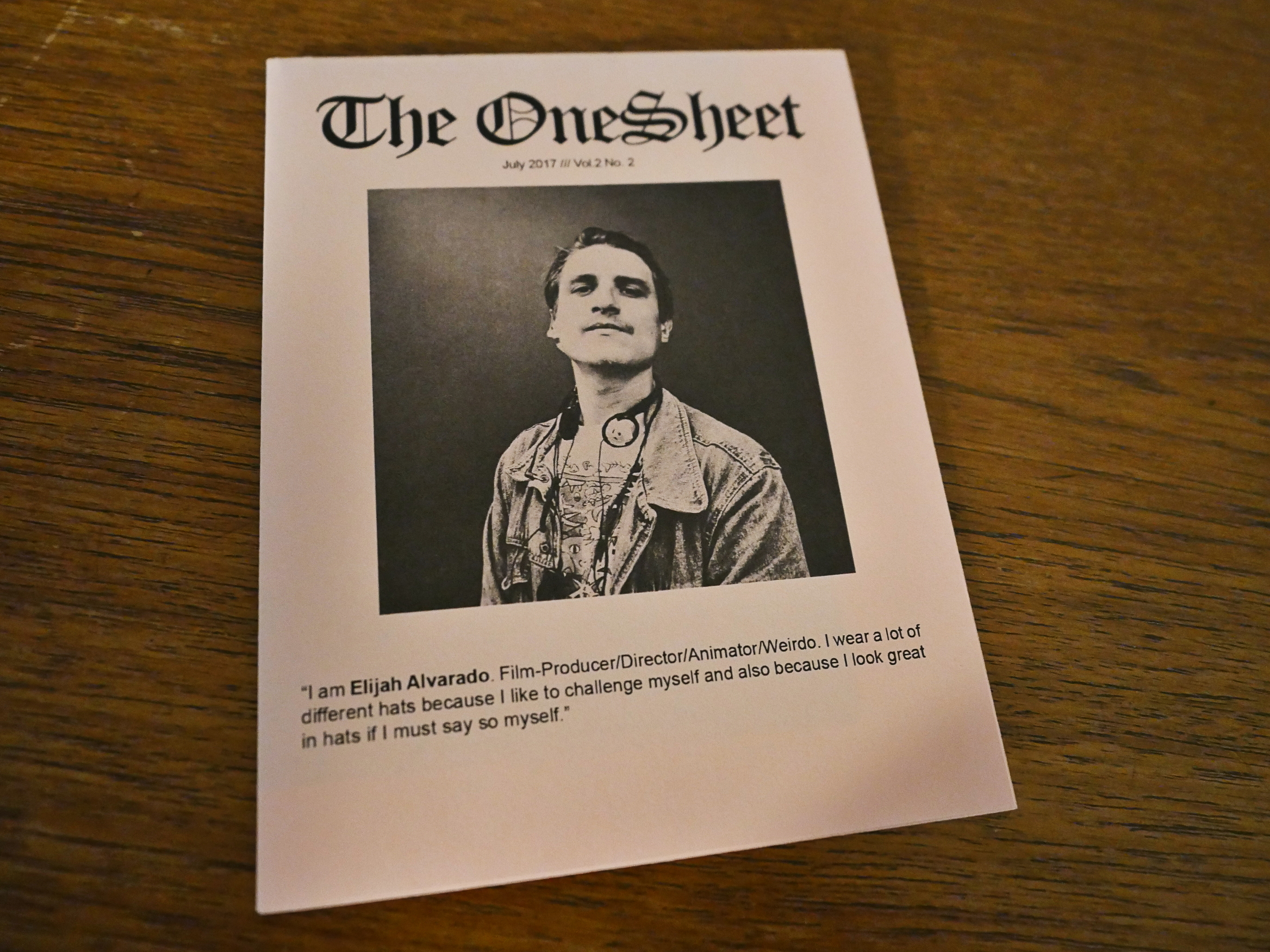 Yet another zine (“The OneSheet”); this time it’s an interview with the guy pictured on the front there. 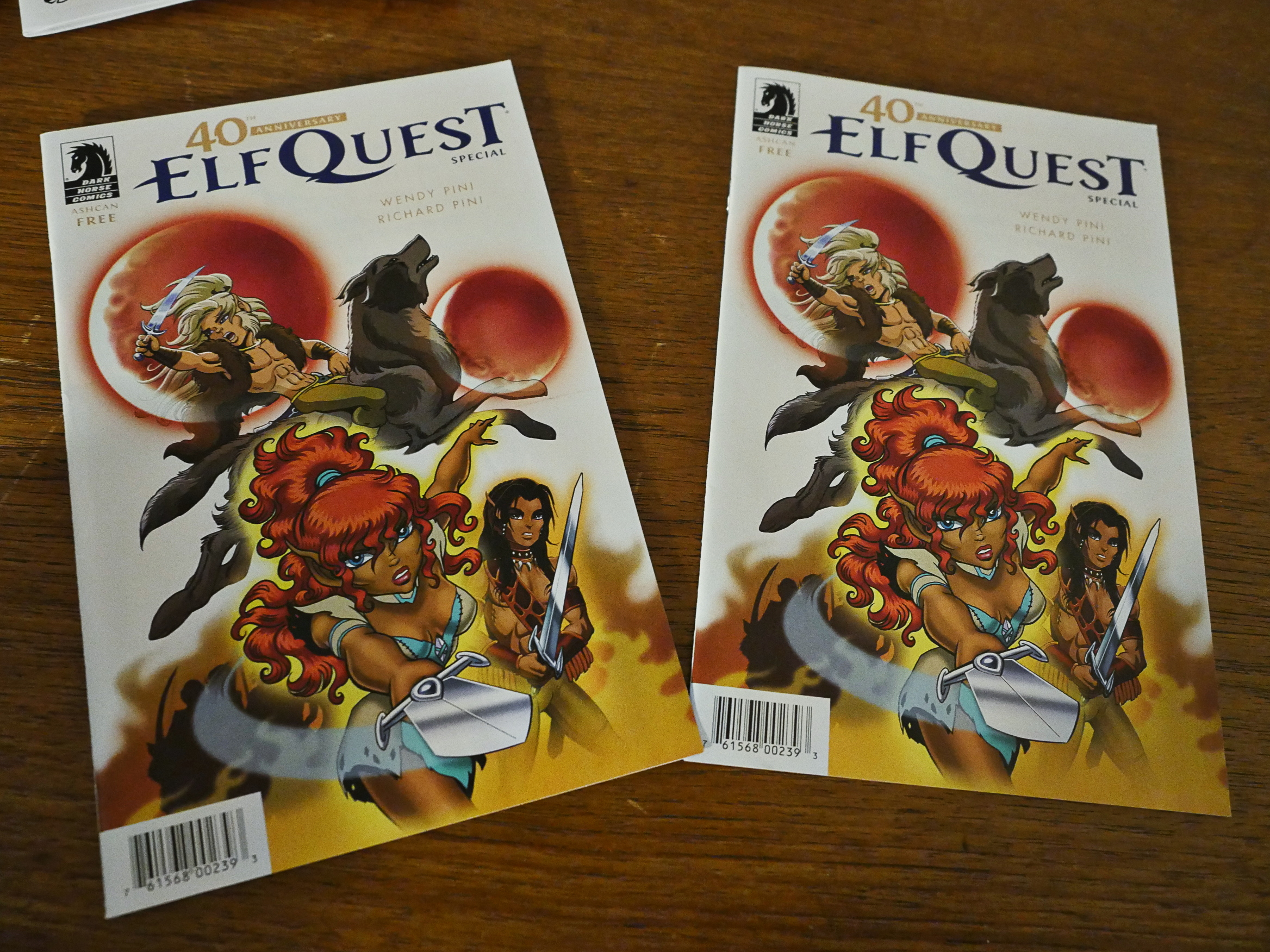 Two copies of the ElfQuest “ashcan”; it’s basically an ad for ElfQuest. But twice. 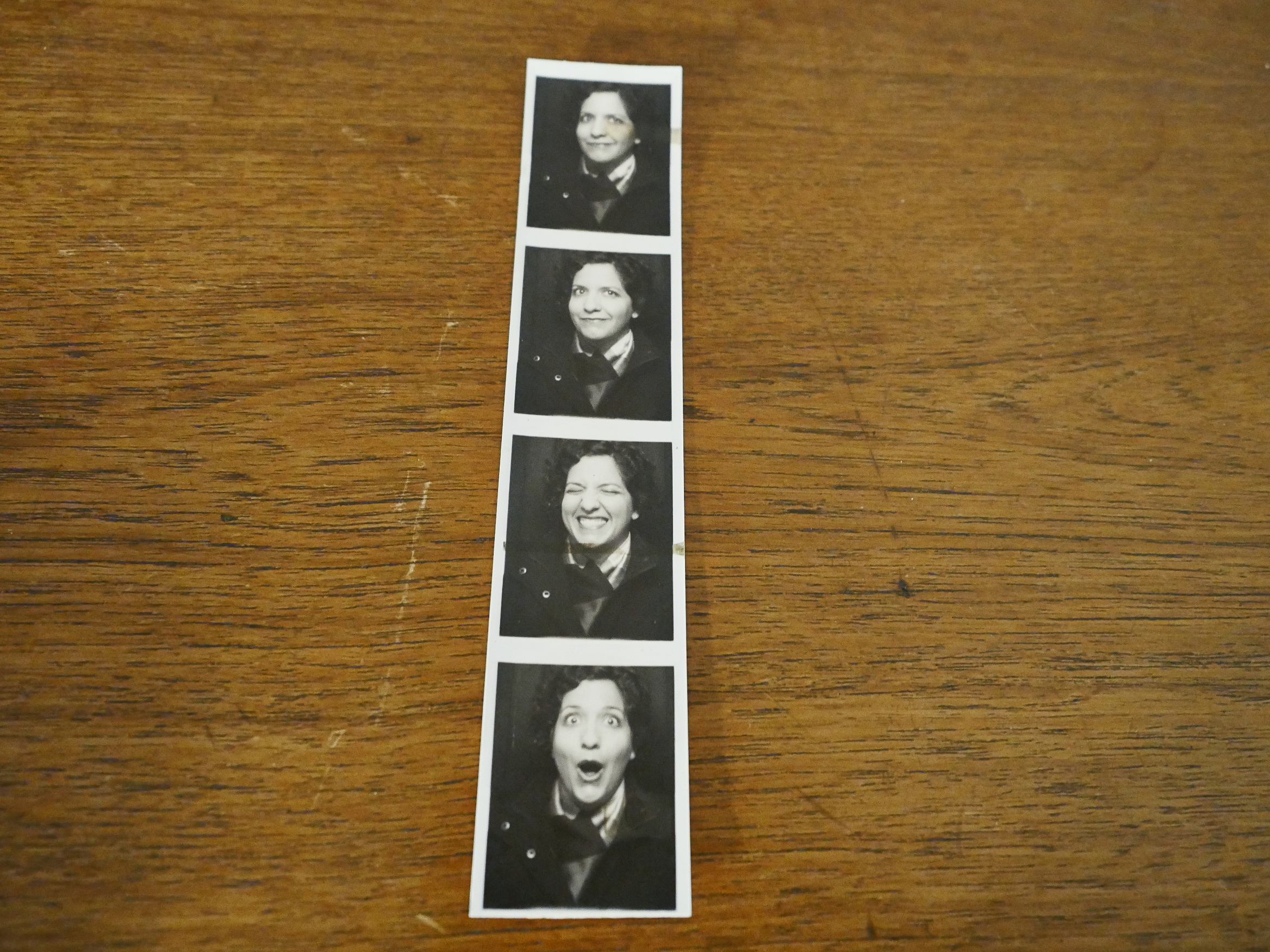 Some photo booth pictures; no text anywhere on the strip. 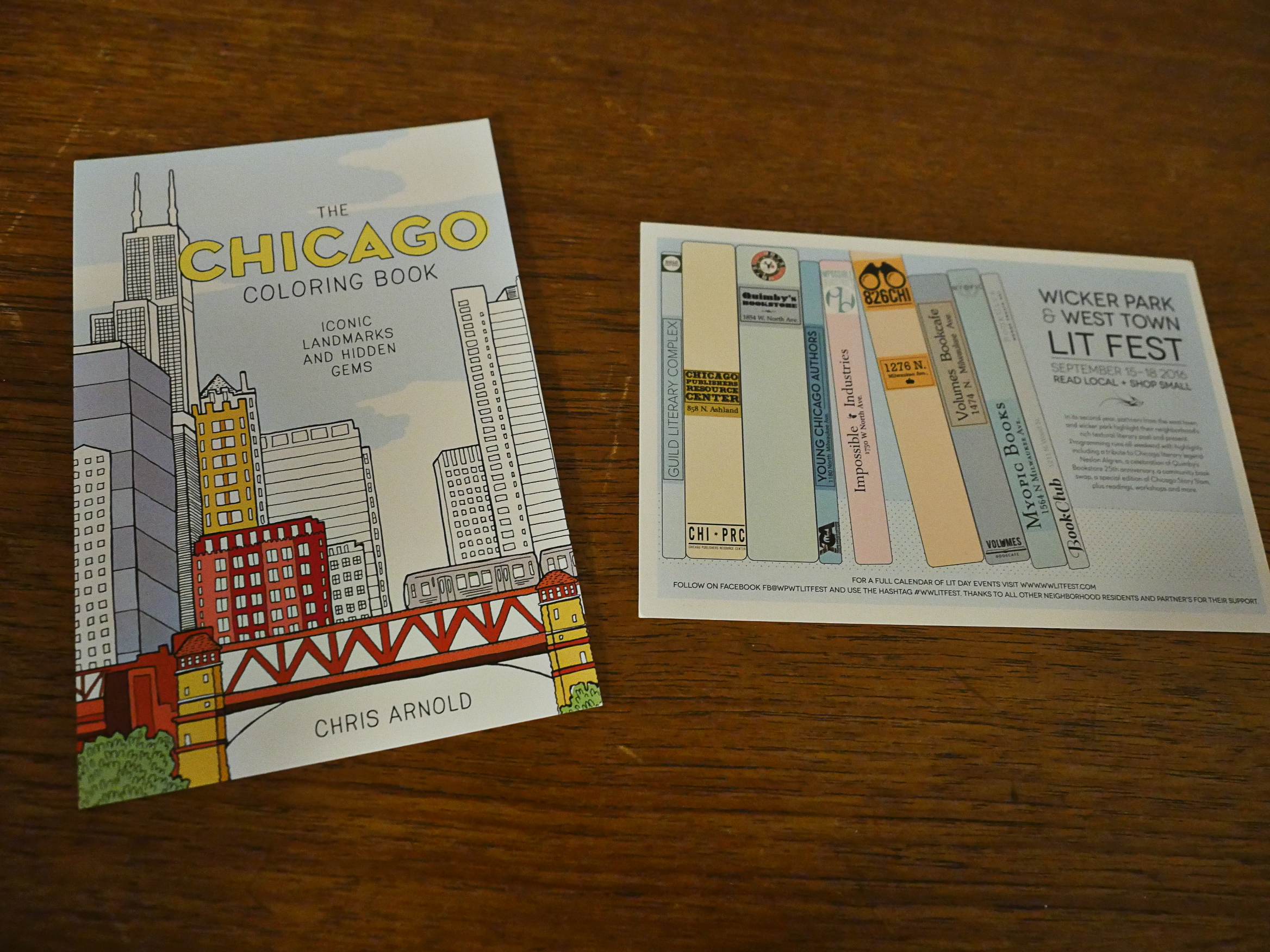 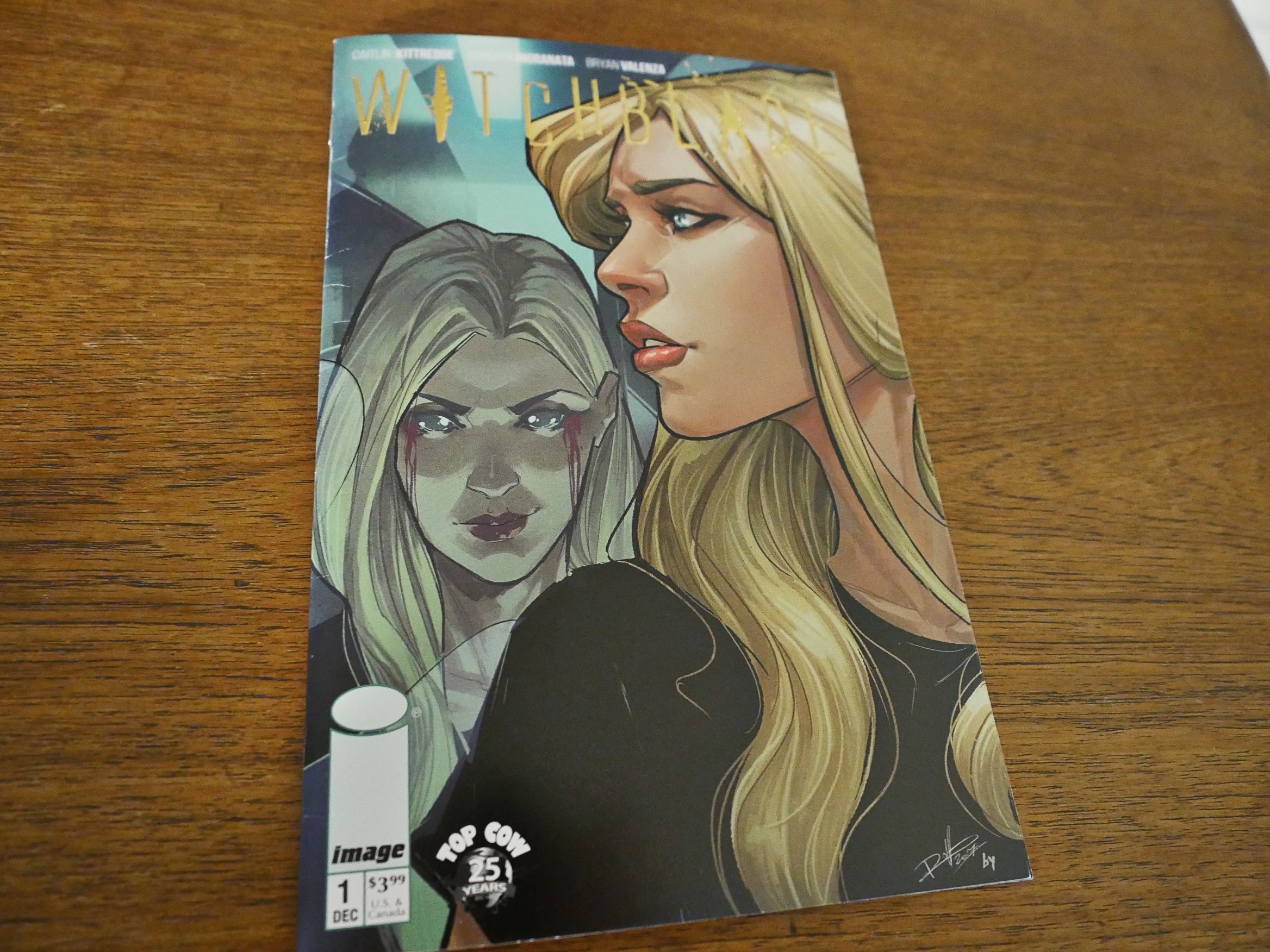 An issue of Witchblade! Of all random things in this package, I think that’s the randomest. (That’s a word.) 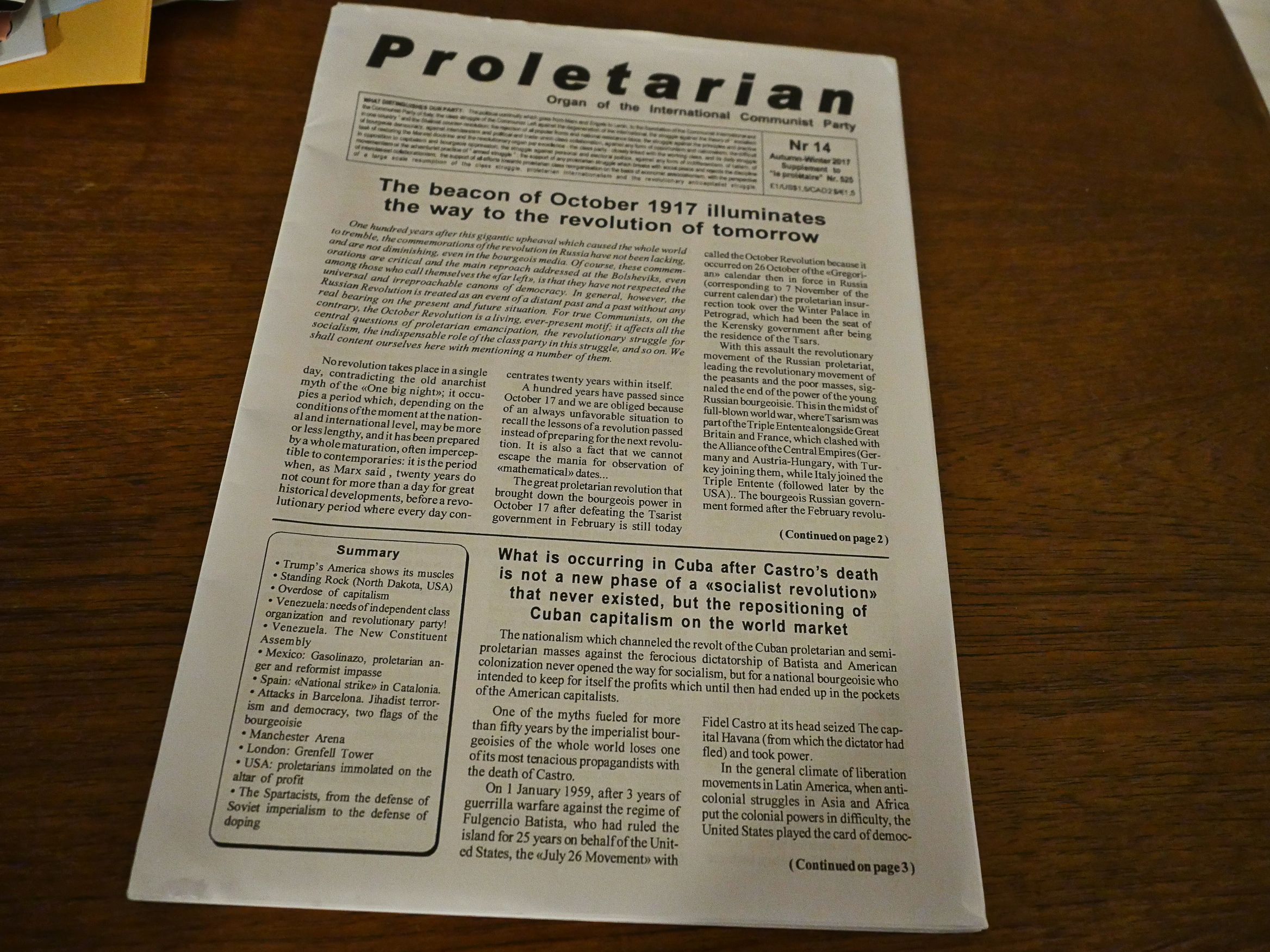 Except for this issue of the Proletarian. Among many interesting articles, there’s one about how the bourgeois press is so focused on the environmental effects of the Standing Rock struggle: Nobody writes about the sky-high casualty rate of the people working in the oil industry, or how many people are killed by shipping oil in other non-pipey ways (every four days an oil train explodes in Ontario, apparently (I read it here so it must be true)). I can just imagine the Quimby’s employee standing at the cashier, filling my order of Sporgo, and then shovelling in random items from stacks of free zines and stuff left at the shop.

Is the employee smiling? I think so.

One thought on “Cornucopia”