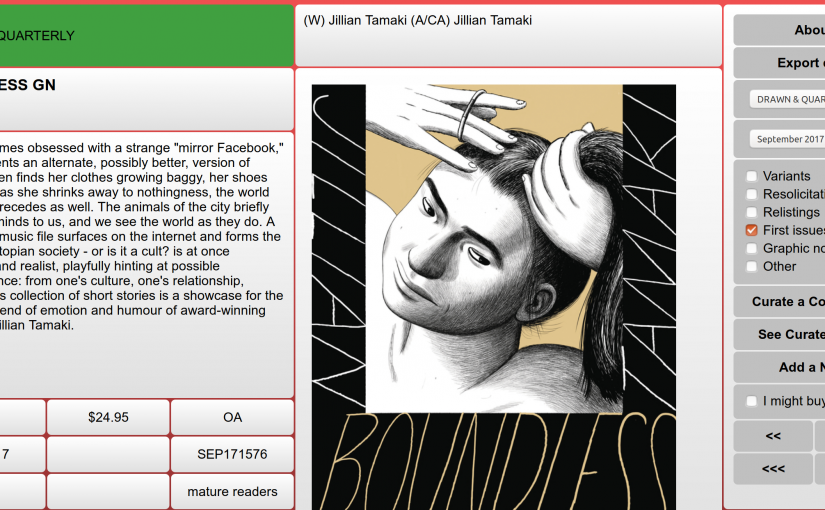 The other month I was staring at the Diamonds Previews interface that I hacked up last year. Its main purpose is to allow me (and anybody else) to go through the monthly listings rapidly, without all that clicking and stuff.

I was wondering: Has CSS Flexbox technology progressed to the point where the interface could be transformed “responsively” (i.e., via CSS selectors) from the wide design above to something that fits on a cell phone. It would require a completely different layout; shifting from the three column layout with many sub-boxes into a single column where some of the boxes would move up and some down and some become a line of buttons here and and and…

The answer seems to be: Nope. While googling for this stuff, everybody seemed to be saying “just add a div outside the other div and then div it up and then you can sort of move some bits around. If that div is placed before that div”.

But once I had started tinkering with this, I couldn’t just give up, so I just wrote a bunch of JS to transform the layout, and presto: 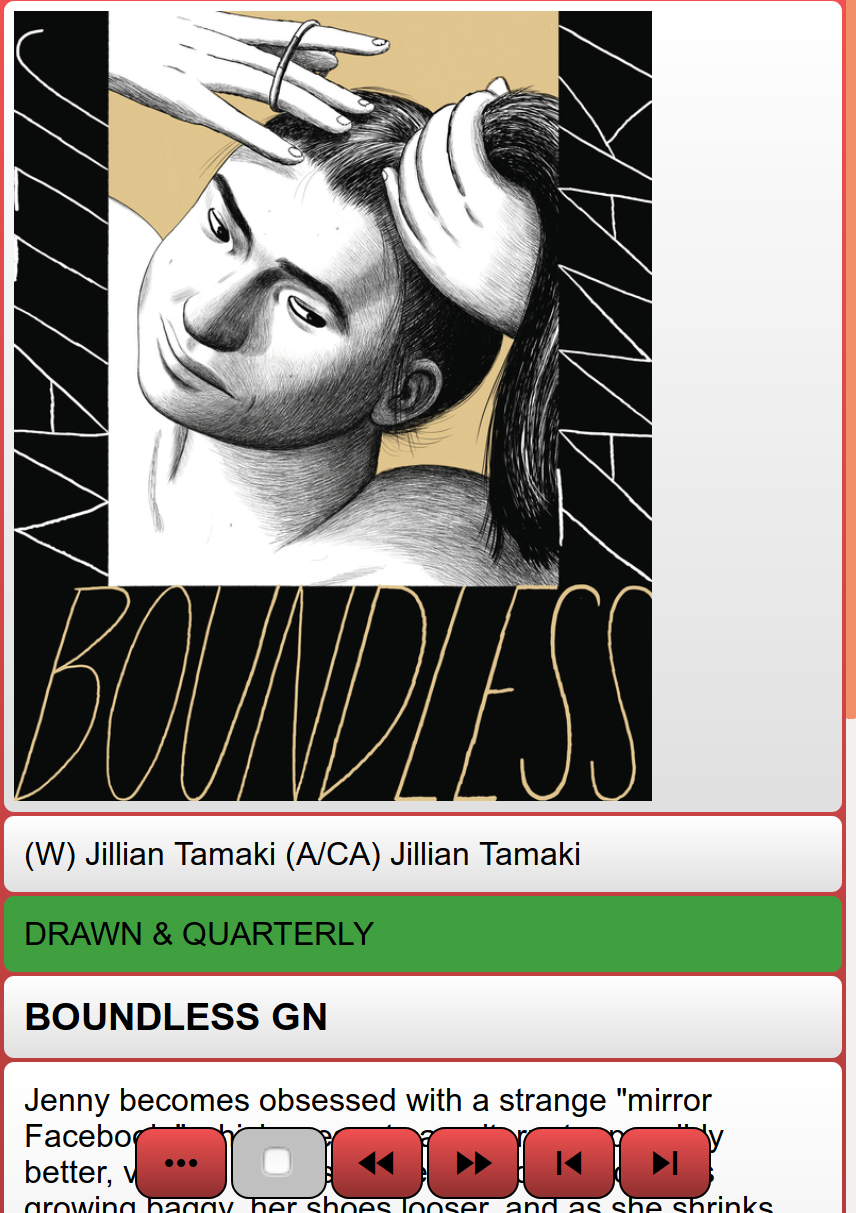 And so I started wondering whether this might make sense as an app, so I wrapped it up in Cordova and shipped it over to Google…

Who rejected it outright because of copyright violations. “But,” I said, “this is like a sales catalogue and isn’t it fair use to show covers in a sales catalogue, man? Man?” And they said “nope; go away”.

While waiting for them to reject the app, I started thinking about… sharing… “Wouldn’t it be nice to make it possible for people to ‘curate’ lists and share these with others?”, so I read up on Firebase and presto: “Curate” button.

Firebase is surprisingly nice, and has a lot of documentation. The main problem is that Firebase covers so many, many use cases that trying to find the correct approach for Goshenite entailed scratching my head for a few hours.

But when the app rejection arrived I just thought, “eh, whatevs”, so it’s a bit lacking in features that are probably not going to be implemented, so it’s more of a toy than anything.

The source code can be found on Github, as usual.