In the previous installment, I got a new monitor for my stereo computer.

I thought everything was fine, but then I started noticing stuttering on flac playback. After some investigation, it seems as if X is on (and displaying stuff on this new, bigger monitor), and there’s network traffic, then the flac123 process is starved for time slices, even if the flac123 process is running with realtime priority. 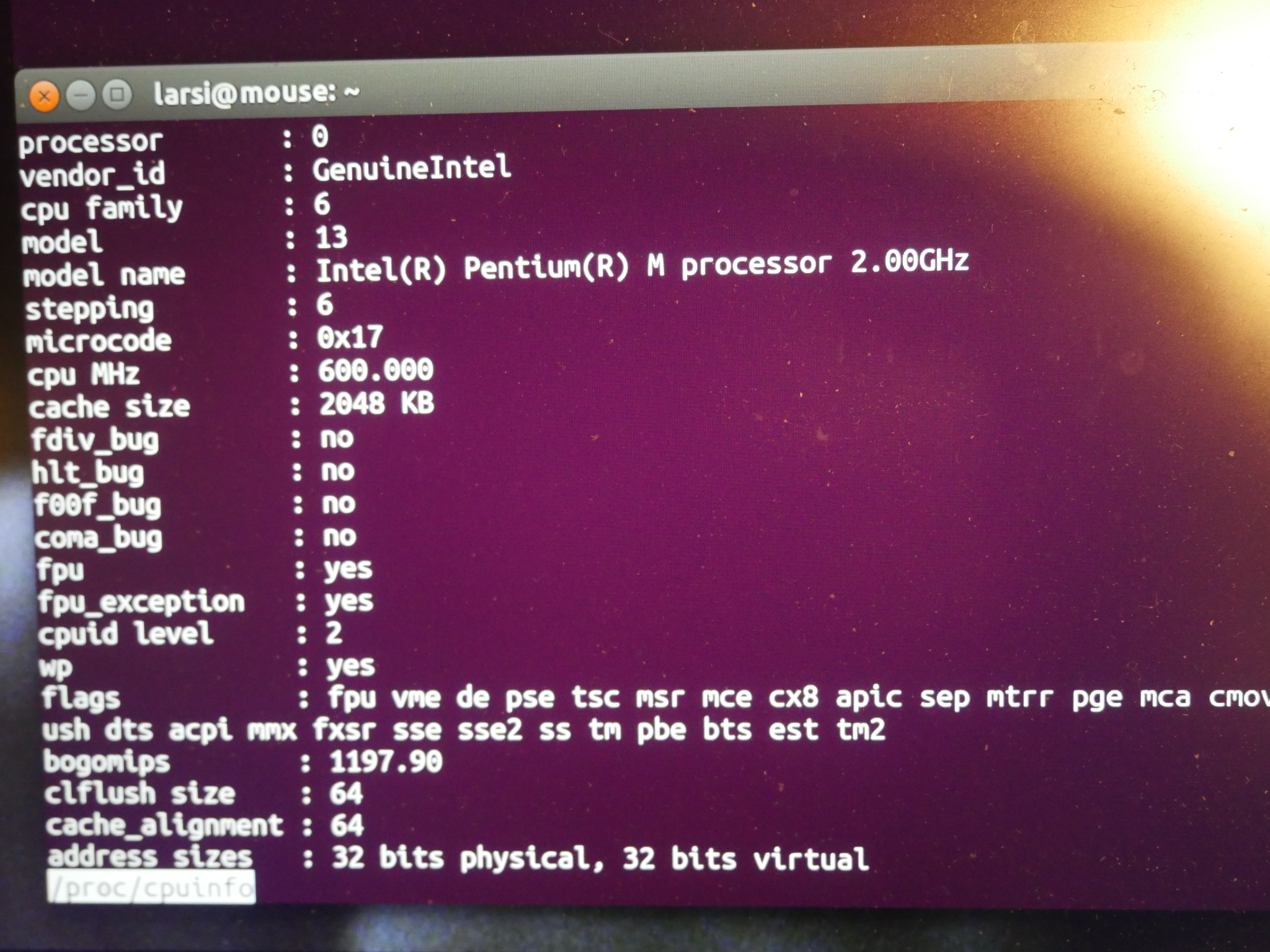 Now, my stereo machine is very, very old. As far as I can tell, it’s from 2005, and is basically a laptop mainboard strapped into a nice case: 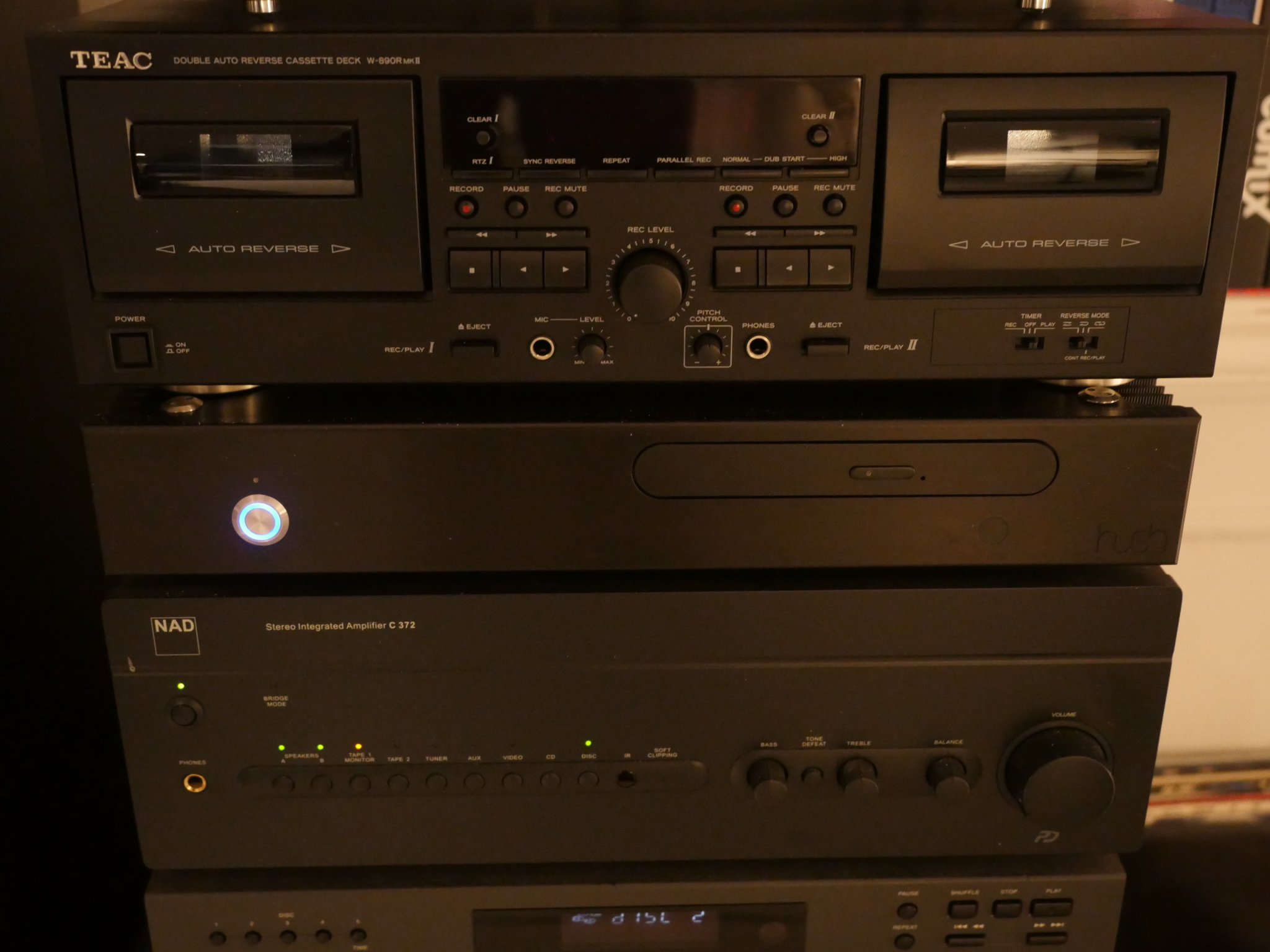 (It’s the black thing in the middle.) But even if it’s old, its requirements hadn’t really changed since I got it: It plays music and samples music and routes music to various rooms via an RME Multiface box. So I was going to use it until it stopped working, but I obviously can’t live with stuttering music and I didn’t want to spend more time on this, so I bought a new machine from QuietPC. 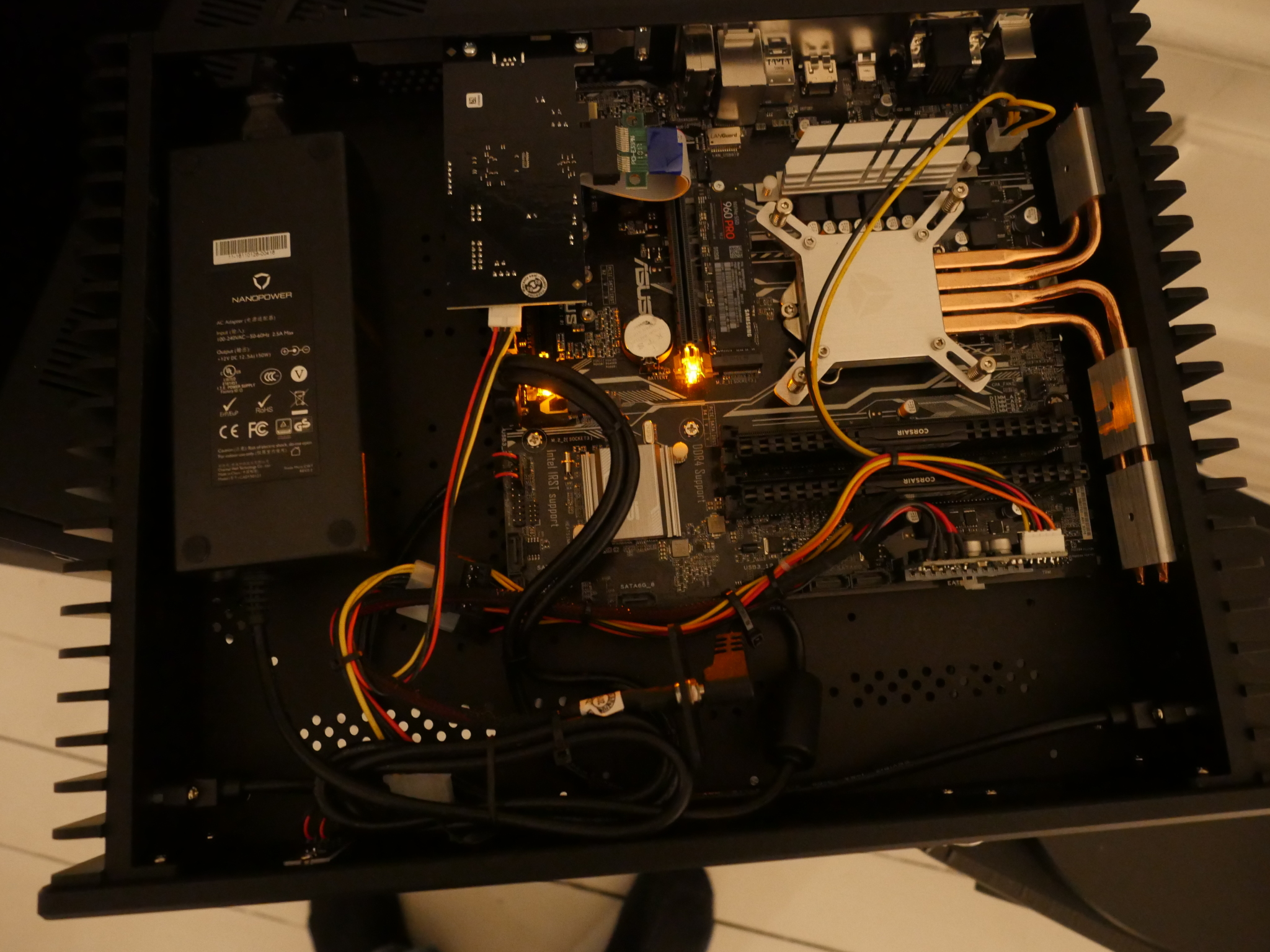 There’s not a lot inside, so I put the external 12V pad into the case. Tee hee. Well, thermally that’s probably not recommended, but it doesn’t seem to be a problem. 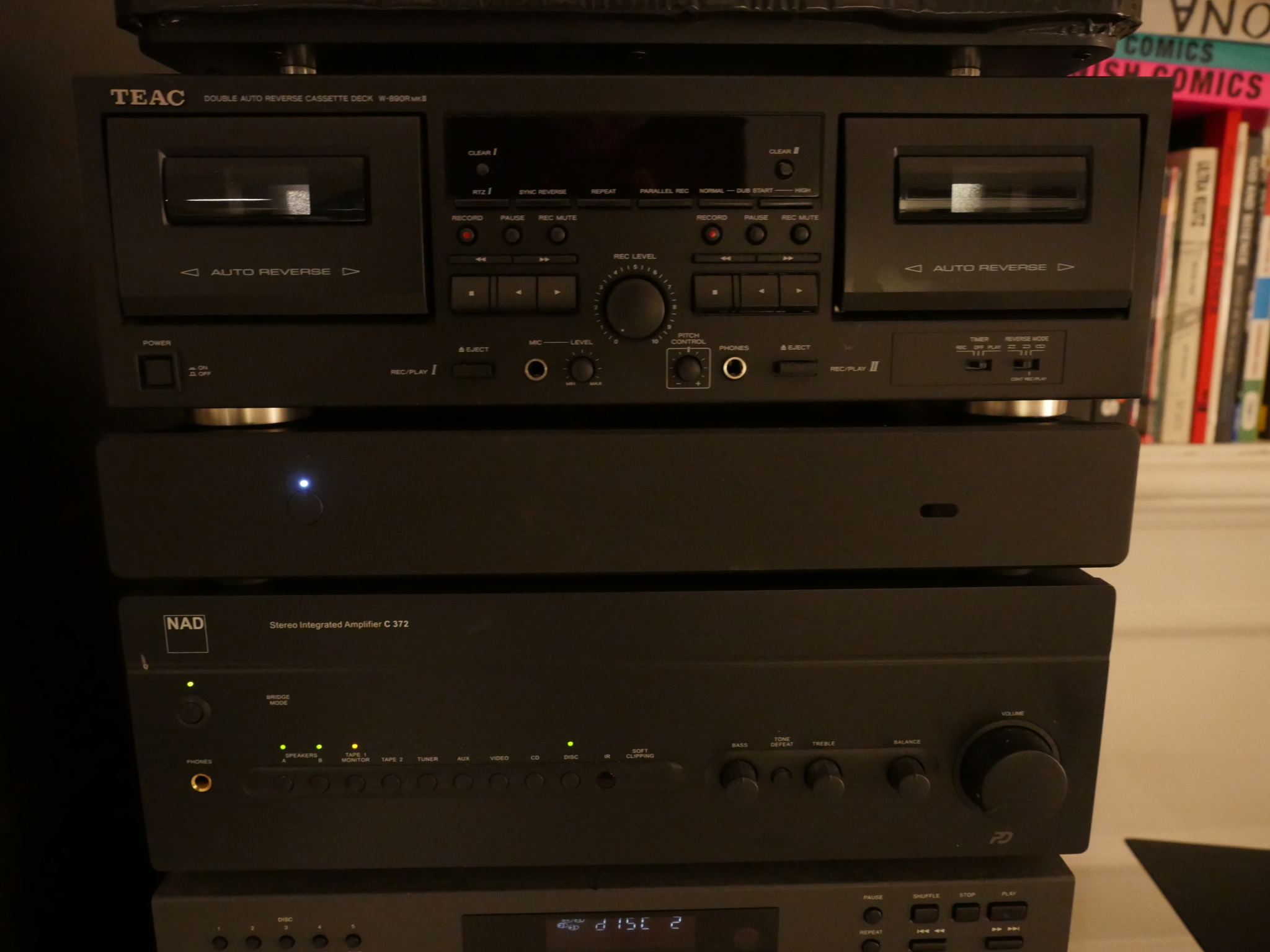 Look how different the new machine is! Instead of the round, blue LED power lamp, it’s now a… while LED power lamp. And it’s about 2mm wider than the old machine, but you can’t tell unless you know and then it annoys the fuck out of you.

Anyway, installation notes: Things basically work, but Debian still haven’t fixed their installation CDs to work on machines with NVMe disks. When it fails to install grub, you have to say:

Fixing this should have been kinda trivial and warranted fixing, wouldn’t you think? But they haven’t, and it’s been that way for a year…

Let’s see… anything else? Oh, yeah, I had to install a kernel and X from jessie backports, because the built-in Intel graphics are too new for Debian Stale. I mean Stable. Put

into /etc/apt/sources.list and say

although that may fail according to the phase of the moon, and I had to install linux-image-4.9.0-0.bpo.2-amd64 instead…

I got that to work by downloading the ALSA firmware package, compiling and installing the result as /lib/firmware/multiface_firmware_rev11.bin.

Oh, and the old machine was a 32 bit machine, so my C programs written in the late 90s had hilarious code like

that no longer happened to work (by accident) on a 64 bit machine. And these programs (used for splitting vinyl albums into individual songs and the like) are ridiculously fast now. The first time I ran it I thought there must have been a mistake, because it had split the album by the time I had released the key ordering the album to be split.

That’s the difference between a brand new NVMe disk and a first generation SSD. Man, those things were slow…

Vroom vroom. Now I can listen to music 10x faster than before. With the new machine, the flac files play with a more agile bassline and well-proportioned vocals, with plenty of details in a surefooted rhythmic structure: Nicely layered and fairly large in scale, but not too much authority or fascism.