After the last last.fm redesign, it’s been speculated that last.fm probably isn’t going to survive much longer.  It’s sad, but it’s difficult to see what the business idea with last.fm is these day.  And the way they’re chopping the useful features is weird.

For instance, I’ve been using the events page for years to time my holidays.  If I’m going to, say, Berlin, I’ll scope out what’s going on on nearby dates to see whether I should go there a bit earlier or a bit later.  But then they removed the option to change the location: You can only look at the events that are “nearby”, based on the IP address of where you’re browsing from.

Even more absurd is that the functionlity is still there.  They’ve just removed the user interface.  If you Google the latitude and longtitude of a place, and enter them in the URL, it’ll tell you the events: http://www.last.fm/events?latlong=-33.865143,151.209900 in Sydney.

Anyway, somebody mentioned libre.fm, which is apparently an old, free clone of last.fm.  Sort of.  There a nice Python GUI script that’ll extract your old scrobbles from last.fm and upload them to libre.fm.  It works perfectly.  Takes a while, though. 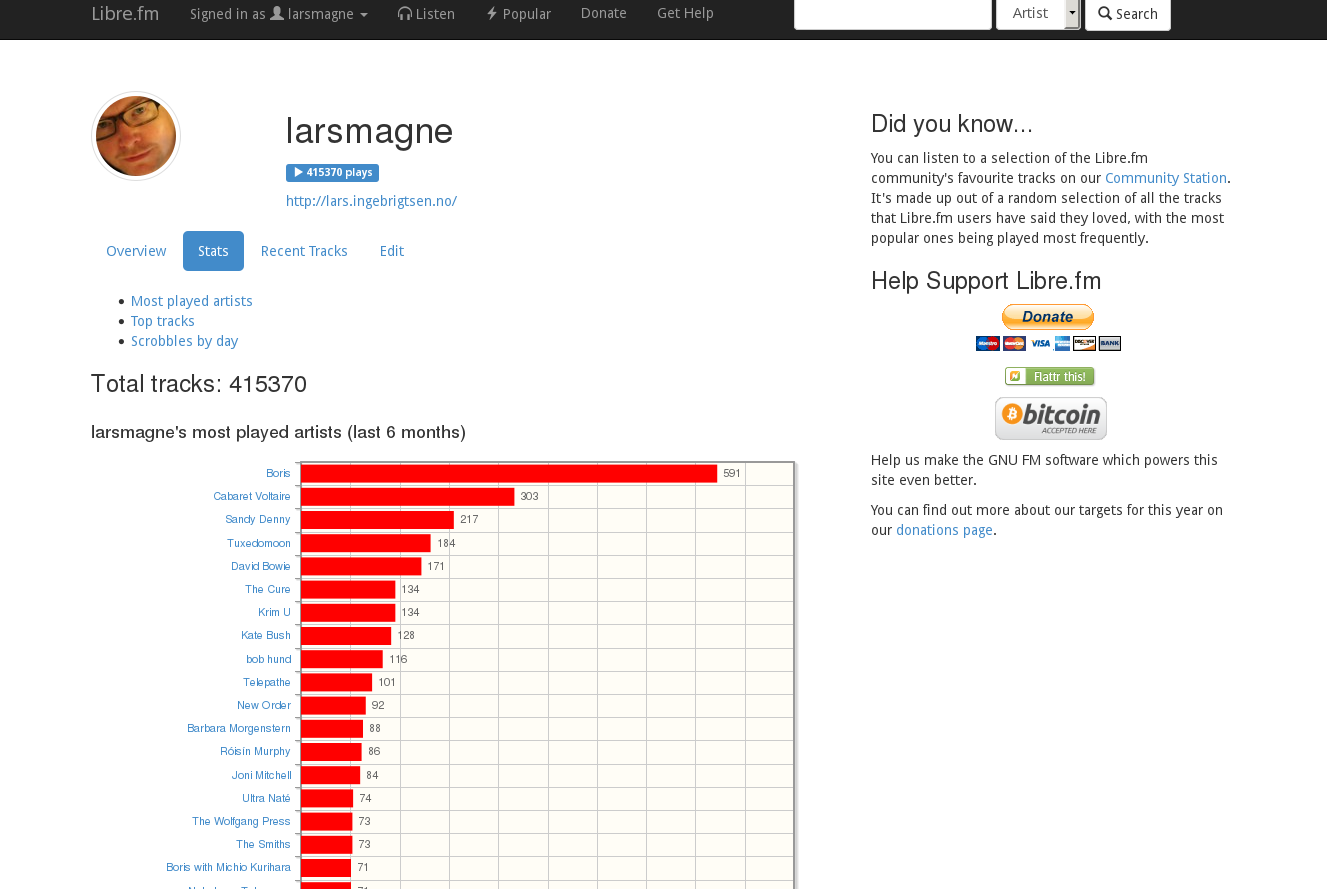 The feature set is kinda not there.  It’ll list your scrobbles, and do some statistics.  And that’s it.  No events, no discovery, no nothing.  Except some free music they’re pushing.

If you look at the commits, it’s pretty dead.  So it kinda seems rather pointless.

One thought on “libre.fm”