I’m travelling next month, so I thought it would be nice to have a really lightweight disk to carry movies around with. On. In. After. Under. <PREPOSITION>.

So I got this rather spiffy-looking USB3 SSD: 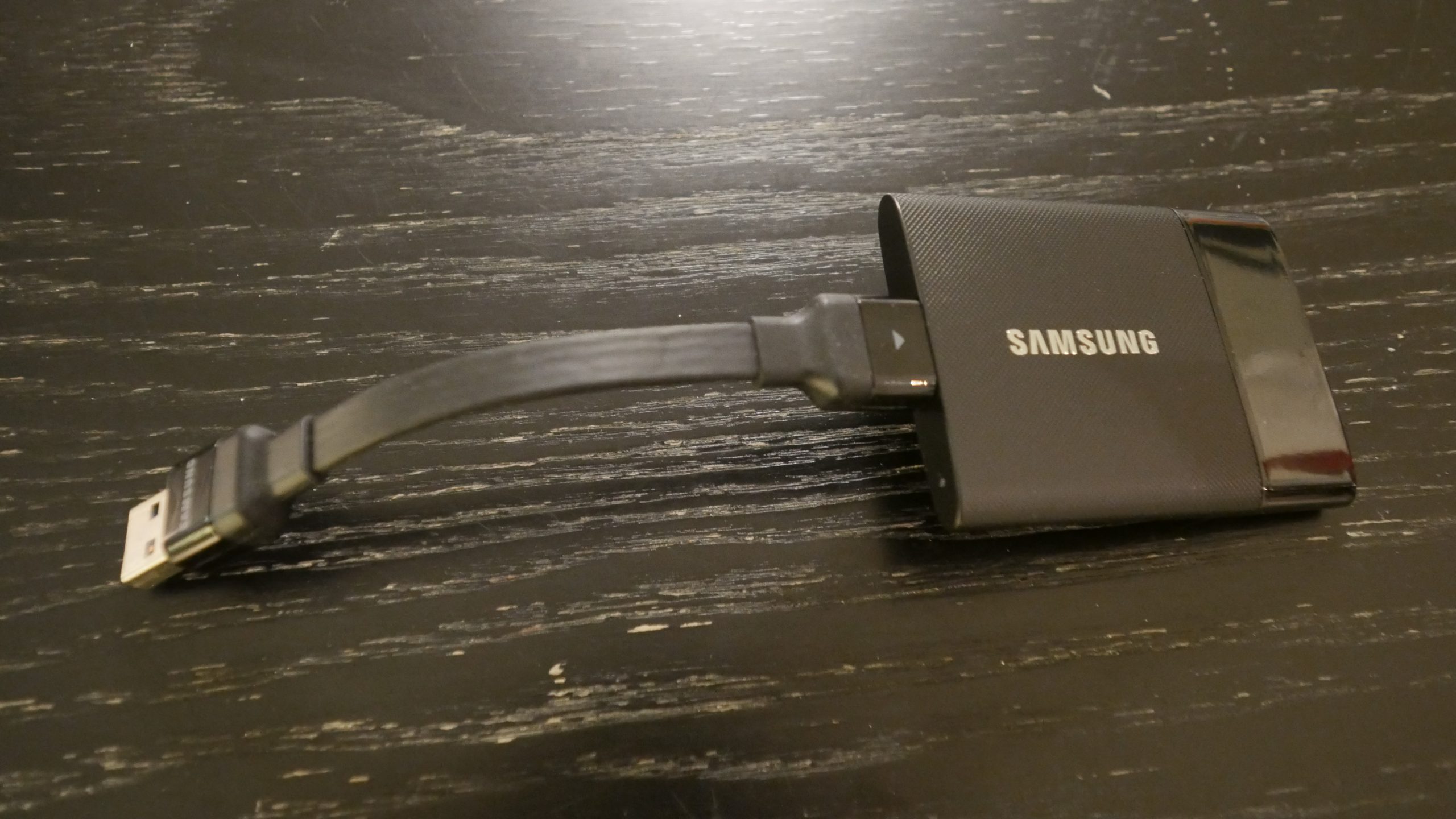 It shows up in Linux as

but tells the OS that it’s a CD-ROM.  Nobody has written a usb_modeswitch script for it, so the only way to make it work is to insert it into a Windows machine, click through the installer (disabling the encryption), and then it’ll show up as a mass storage device the next time you plug it in.

It is really lightweight: 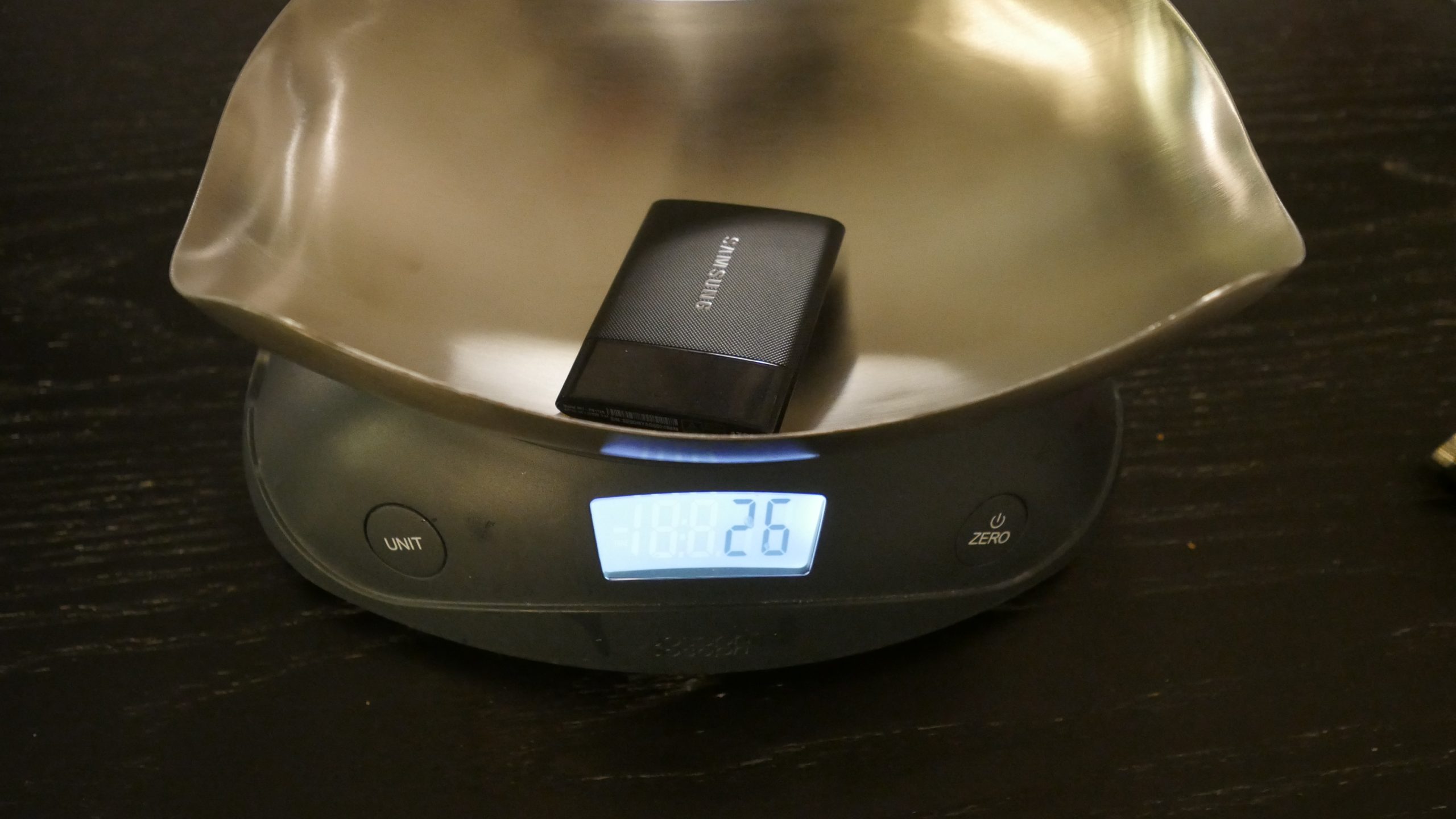 26 grams.  But what about that USB cable? 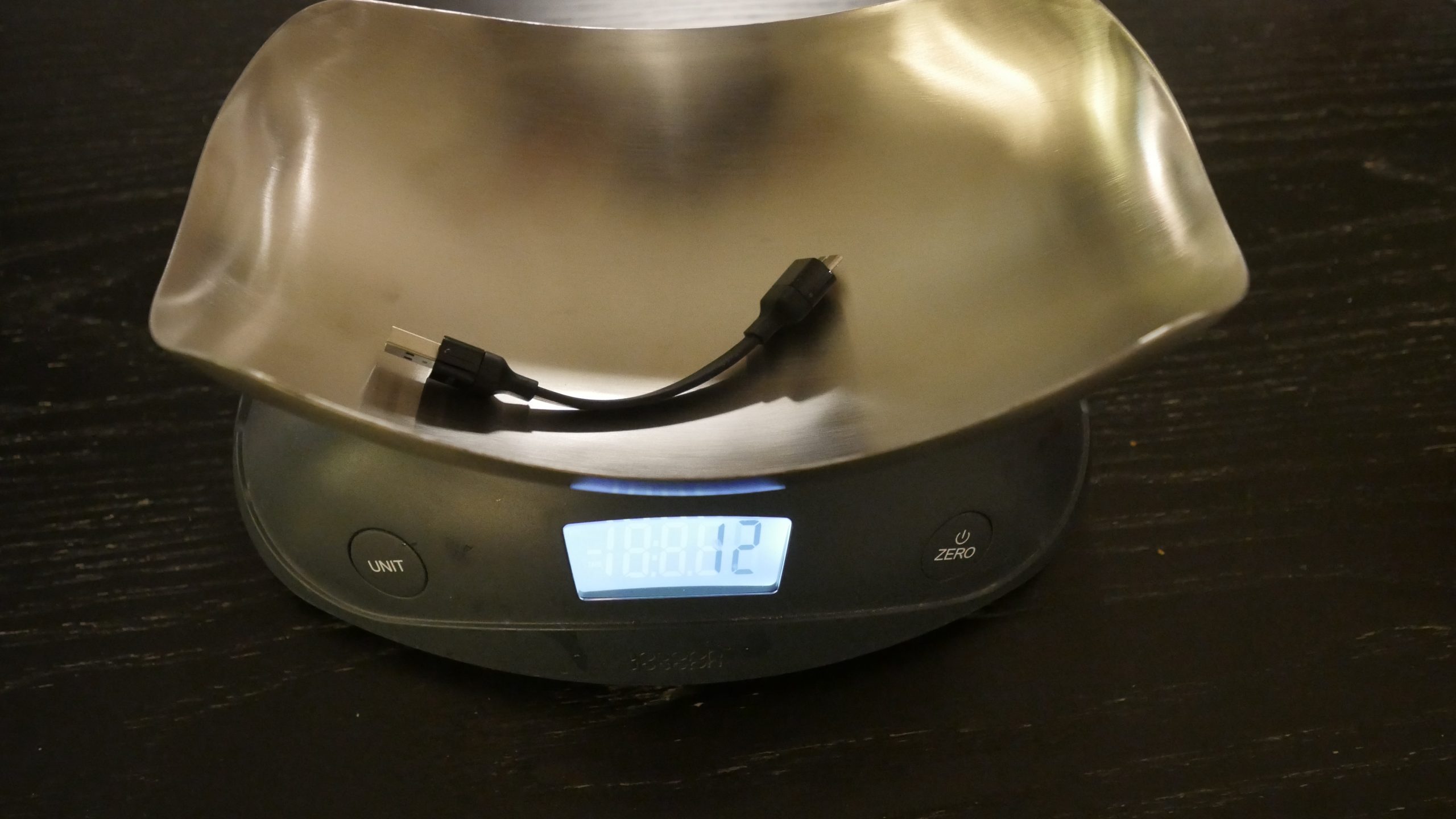 12 grams.  So you basically increase its weight by 40% if you want to use it…

Otherwise, it seems fine.  It’s quite snappy.  I get read speeds of 360 MB/s when accessing large files on an ext4 file system, which is way way way more than you need to watch films…