I have several small USB-powered monitors for various things. They’re all from Mimo Monitors, and they work very well. Haven’t had a problem with any of them over the years.

The only problem is that the displays suck. The viewing angle is horrible on them, and the contrast is worse than you can imagine. That is, the black bits of the monitors are very grey.

This is a major problem on the 10″ one I use at the alarm clock in the bedroom:

But now Mimo has released a new batch of monitors.  Mimo Vue.  That are supposed to be, like, good.  IPS screens and everything.  So I ordered one, and it came today.  I unpacked it excitedly… 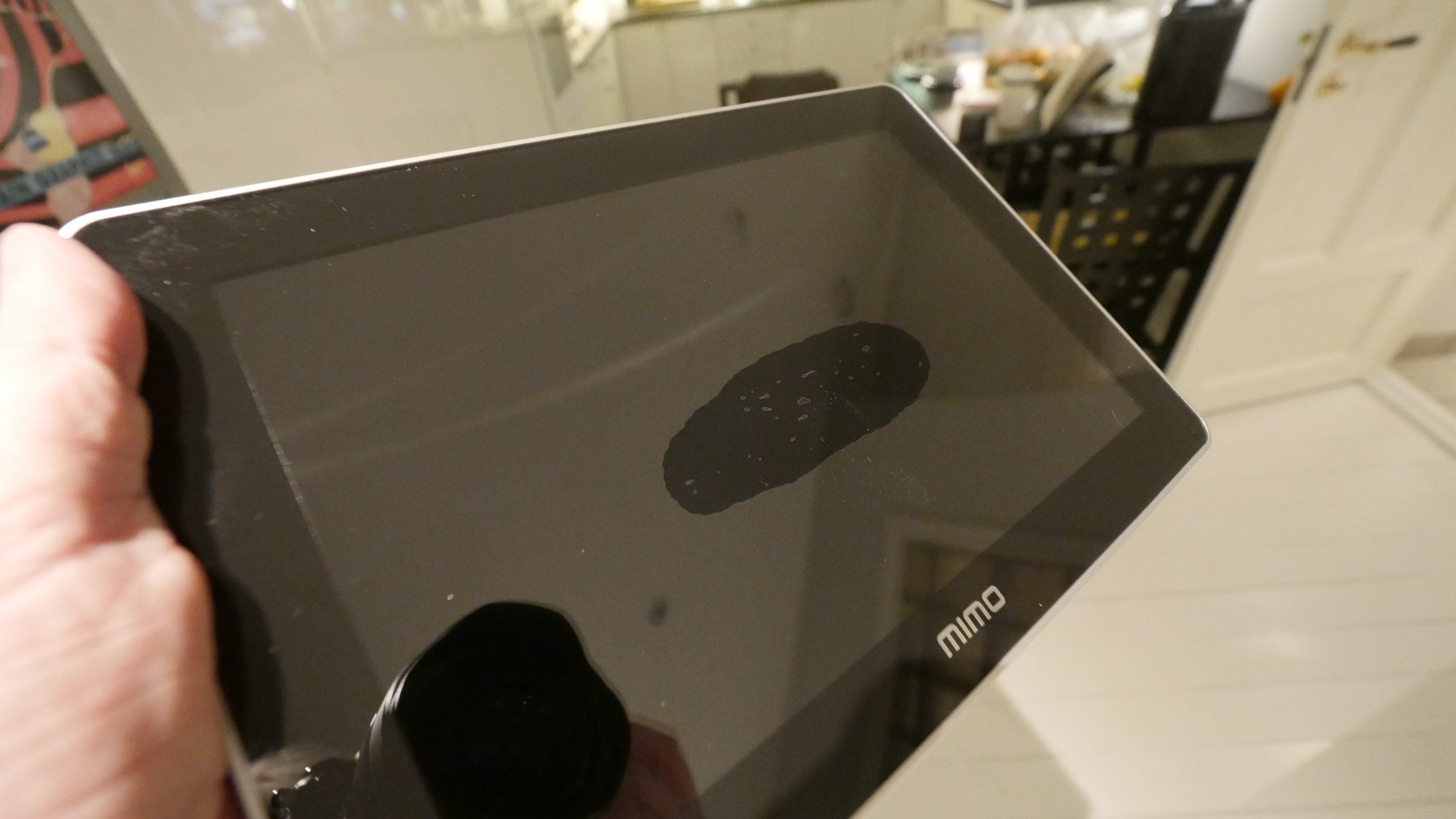 Only to find a large … blob … in the middle of the screen.  I thought it was probably completely ruined, but I fired it up, anyway.  And it works!

So, it’s better.  The camera exaggerates how much light it gives off, but it’s still not what you’d call “good”.  The black bits still aren’t particularly black.  It’s much better than the older models (and the resolution is higher), but it’s not sufficiently good for me to run out and replace all my screens.

I guess I’ll have to wait for somebody else to get in on the USB-powered screen game…  It’s just so convenient to have one single cable to the screen.  No fuss, no muss.

And, yes, the Mimo Vue monitor worked in Linux without any twiddling.  Just plug it in and point X in the direction of /dev/fb0.