Hugo Pratt and José Muñoz are probably the two cartoonists who influenced most European comics in the late 70s/early 80s. It rare to flip through a black-and-white album from that period and not see some influence from those two. (And a bit later, from Moebius.)

But there’s another artist that seems to have been a very powerful influence on younger artists: Jacques Tardi. In this, the final section of the BD80 series, I’ll present three albums that have these things in common: They’re the first (or an early) album from each artist, the albums look an awfully lot like Tardi, and each artist dropped the Tardi influences after a while.

Benoit was 32 years old when Hopital was published. It’s a story of people checking into a soap opera like hospital, and never really checking out. It’s pretty amusing, but somewhat slight. 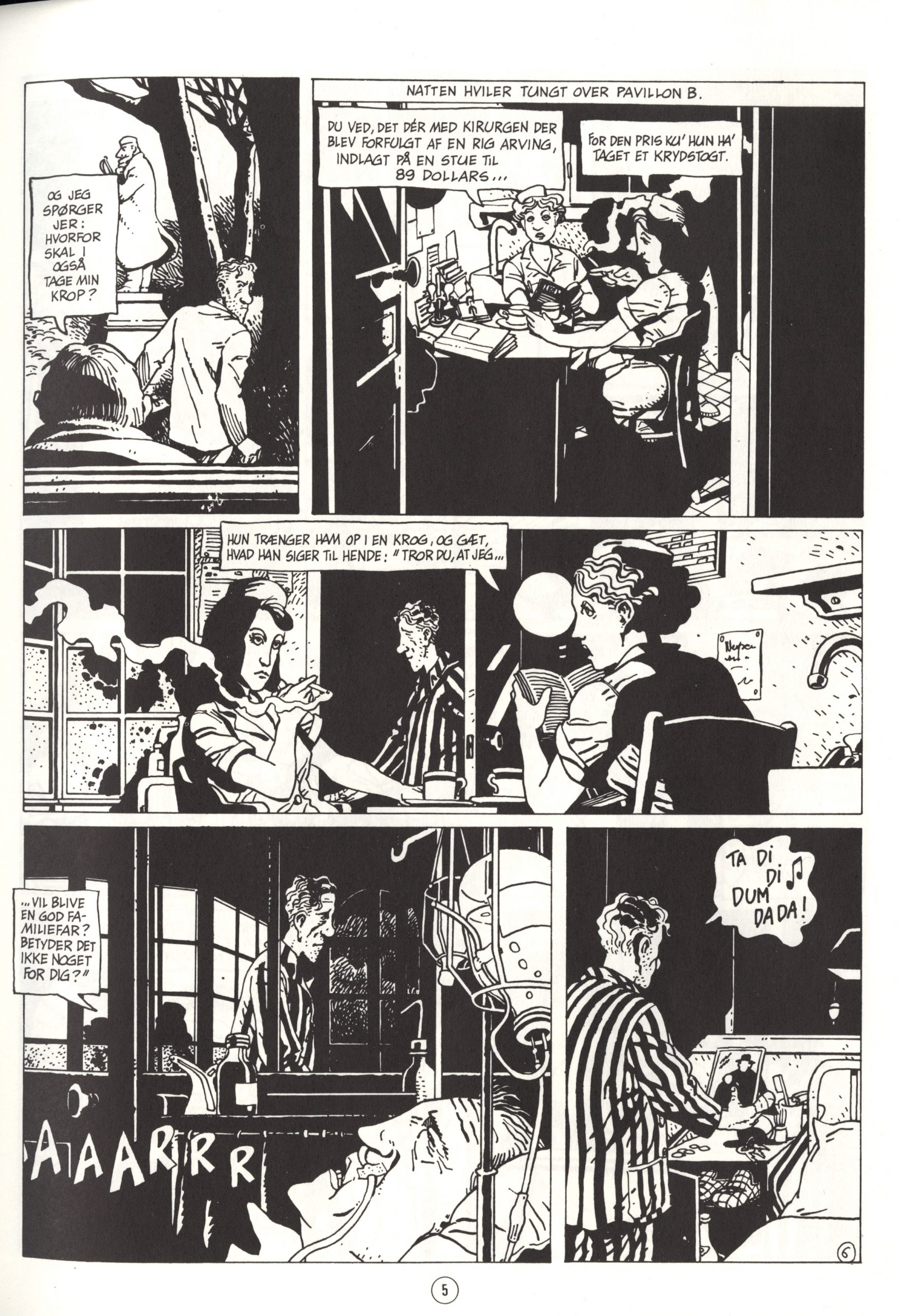 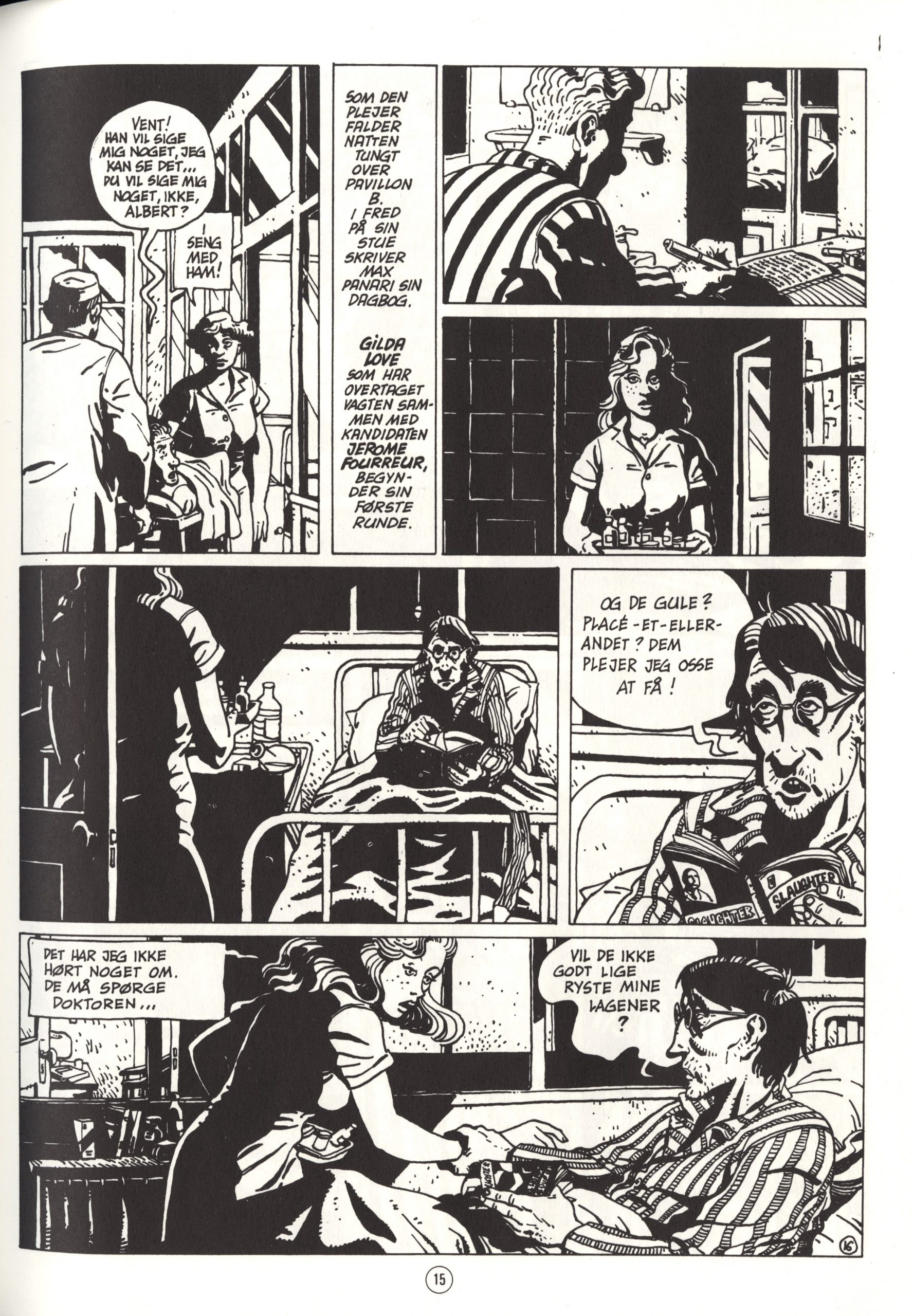 But look at those Tardiesque shadows. And then a few years later, Benoit’s artwork looks like this: 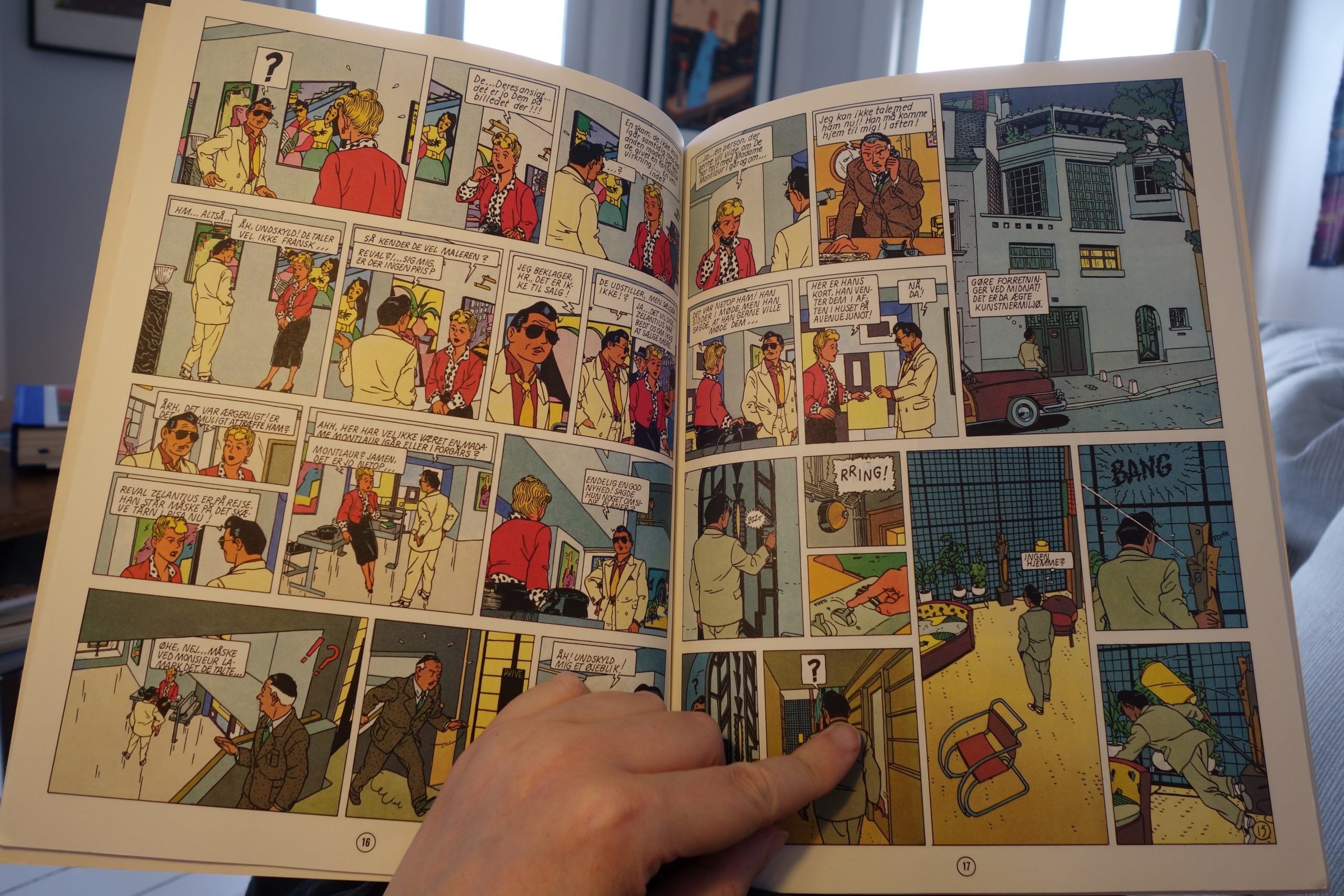 It’s like a mash up of Edgar P Jacobs and Joost Swarte. Quite a change…

This debut album by the Swedish cartoonist Gunnar Krantz was published when he was 26. The story details, as you’d expect from a Swedish 26 year old, a journey from Paris to Algeria and back again, complete with Algerian bombers, kidnappings and betrayal.

All done in a very Tardiesque manner: 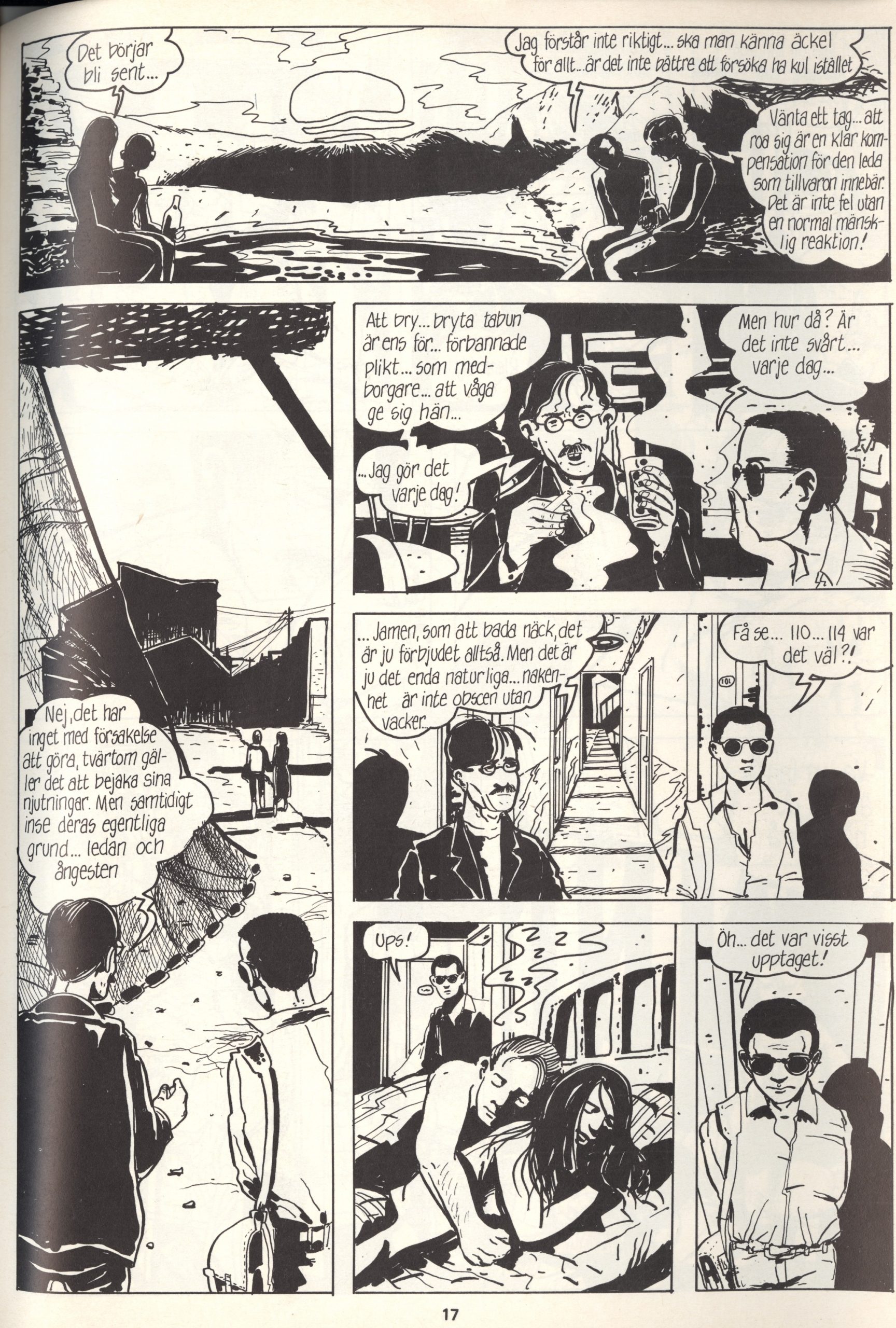 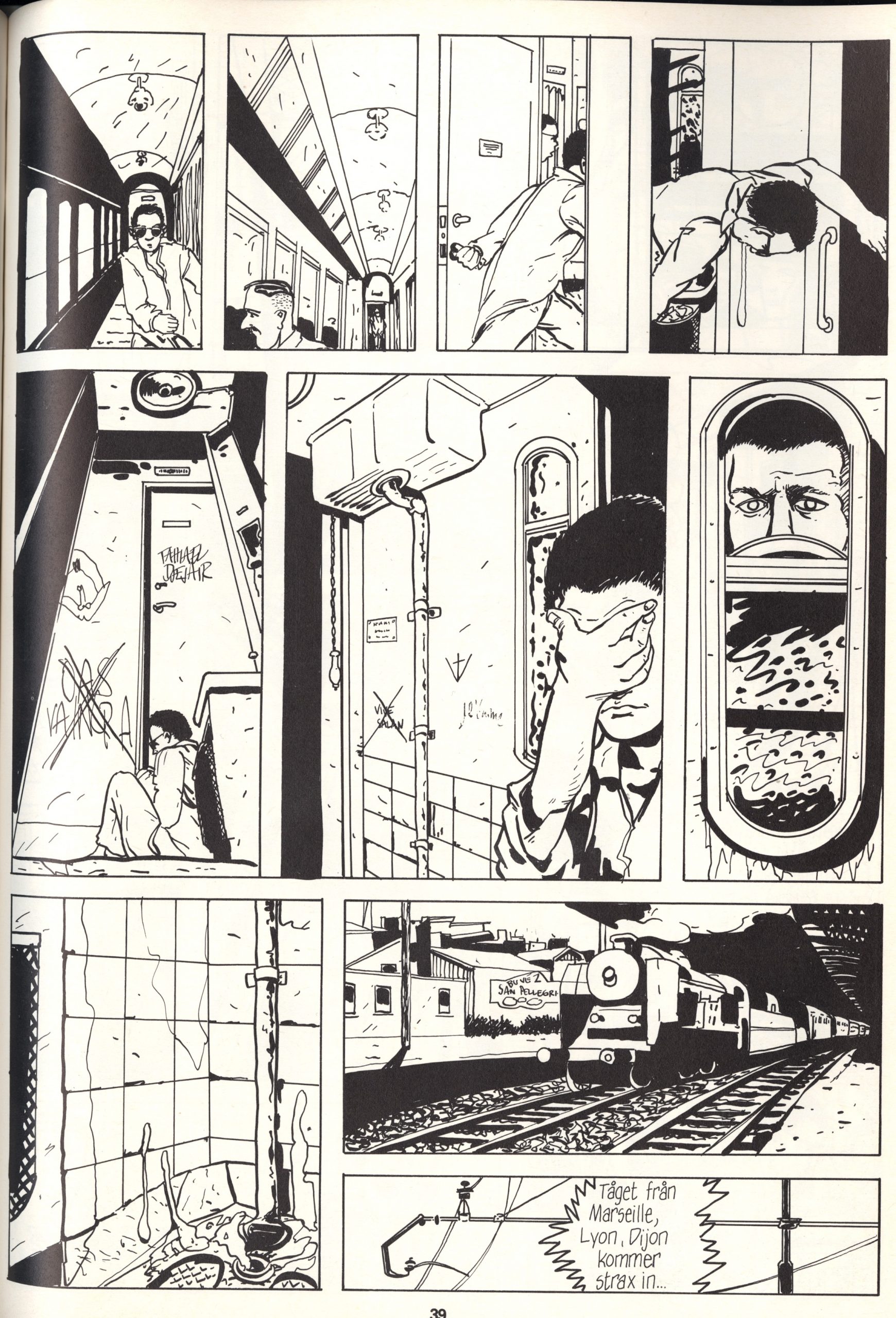 I sort of get the feeling that things would look even more like Tardi if only Krantz could draw better. But it’s a fun enough work, and, I’m sorry to say, probably Krantz most enjoyable comic book. 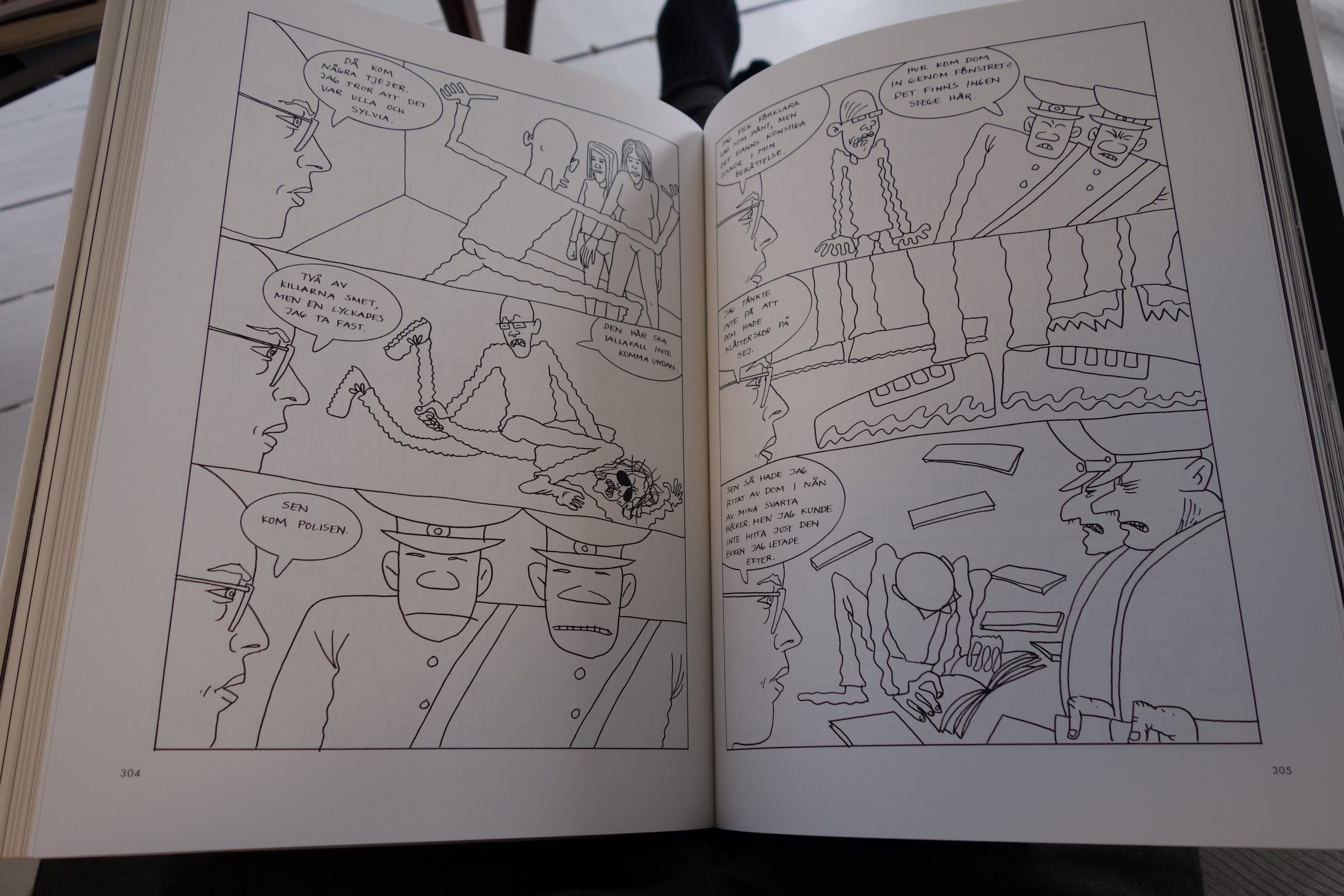 I’m not sure what you’d call that style… er… Perhaps he should have stuck with the Tardi.

This isn’t actually Montellier’s first album, as I had thought. Published in 1980, Montellier had been publishing comics for two years already. Born in 1947, she published her first work in 1978, confusingly enough called 1996. 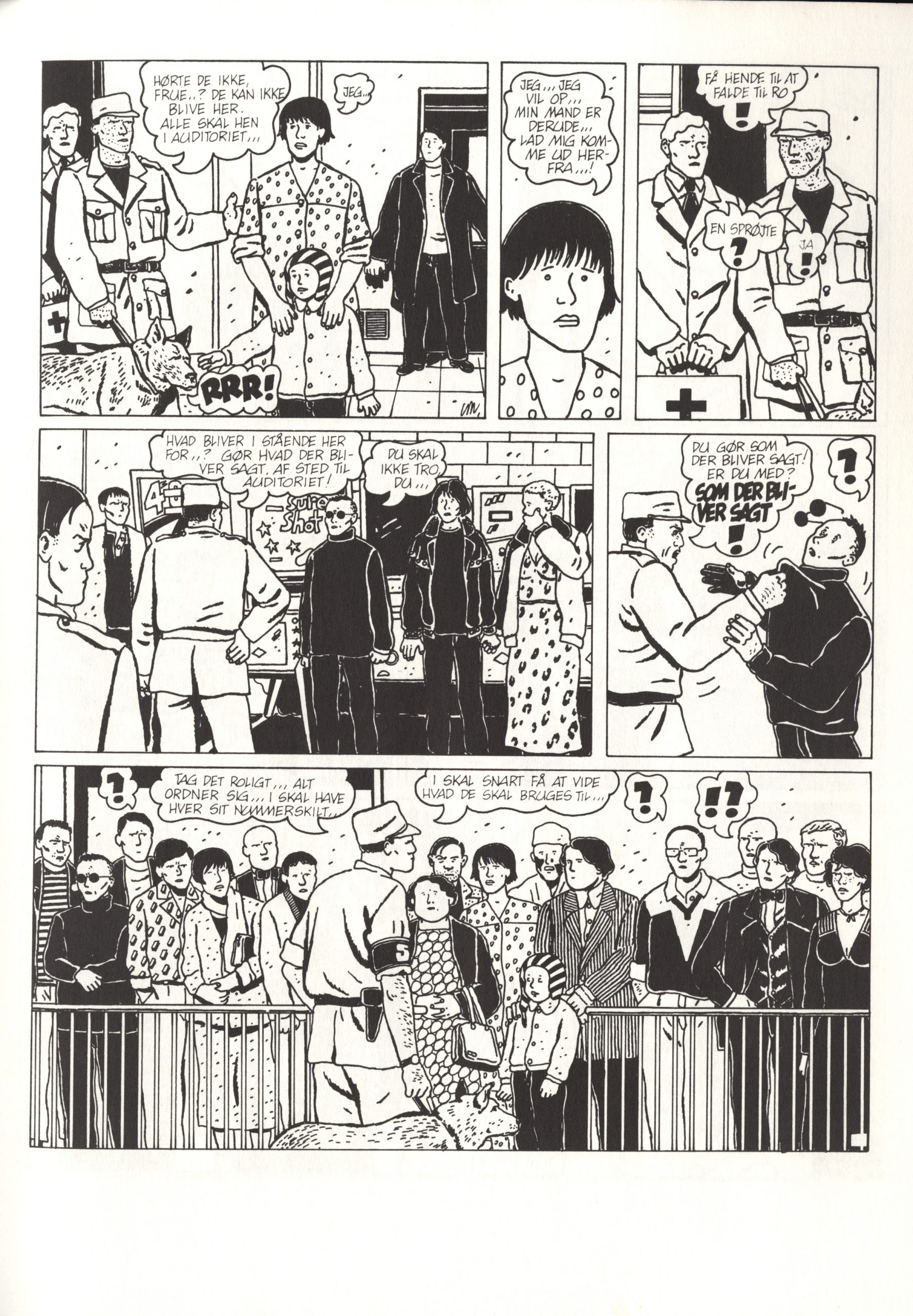 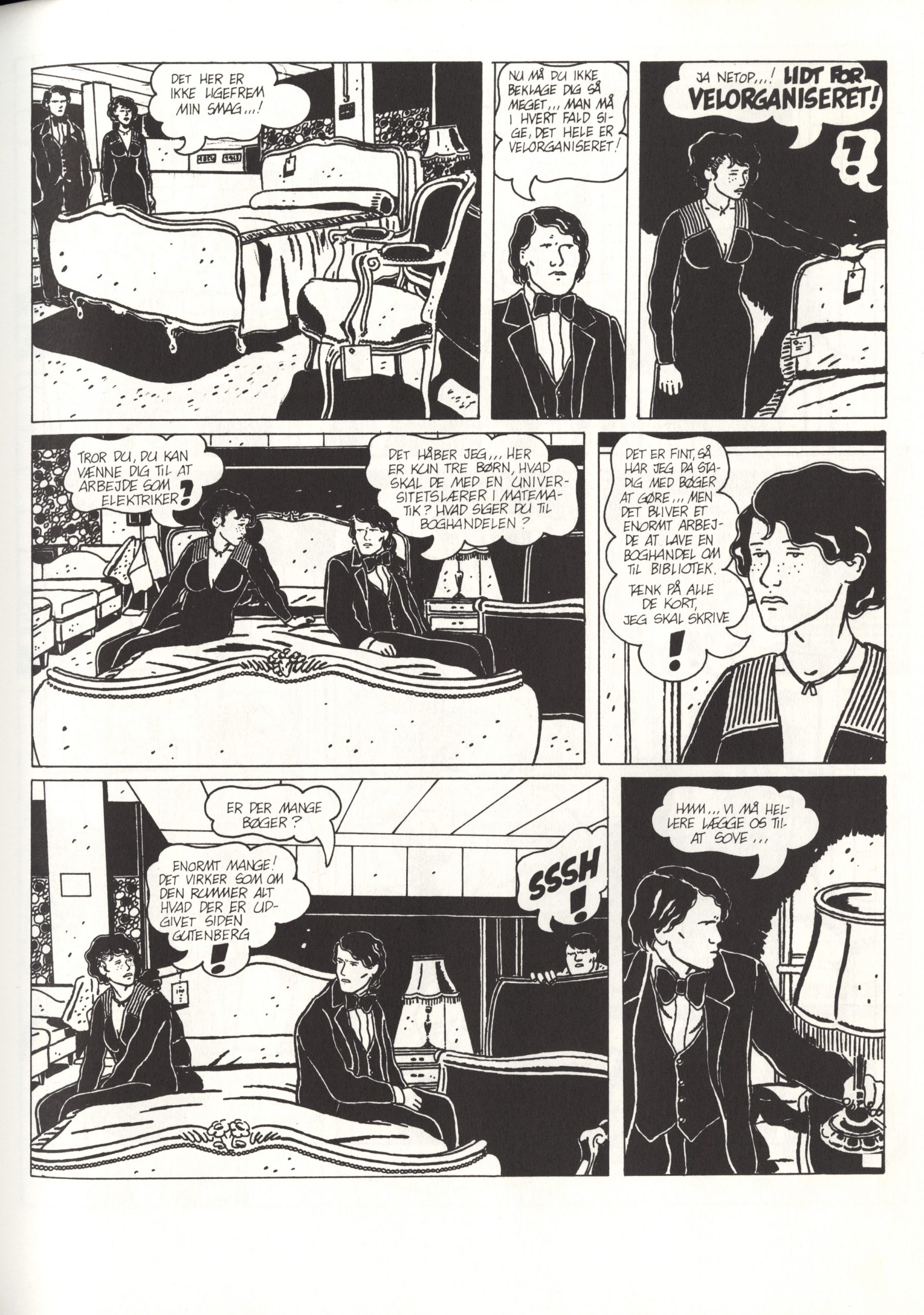 Anyway, this album is about people trapped in an underground shopping center after a nuclear war. Montellier conveys the mounting creepiness very effectively as this new society becomes ever more repressing. I have to say that I found the resolution less than satisfying, though.

I really like the artwork, too. Sure, it’s more Tardi than Tardi here and there, but can you really be too Tardi? I think not.

Unfortunately, she’s had very few albums translated into other languages, so I’m not sure what her evolution has been. Here’s a recent cover, though: 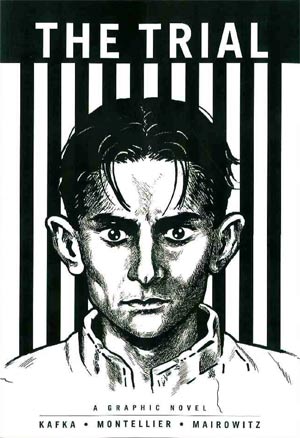 Not very tardiesque any more.

I hope somebody starts translating her other work, because I’d really like to read more of her stuff.

So there you go. Is early onset Tardi a common diagnosis? Is there something in particular about his style that’s so attractive to younger artists?