Hugo Pratt was 32 years old and living in Argentina when he got his first opportunity to make his own comics. He’d illustrated a bunch before, but Anna in the Jungle is the first one he’d written, too.

I re-read all the Corto Maltese albums the other week. They were, of course, as wonderful as I remembered. Especially up until the late 70s. I mean, the later ones were also good, but the stretch of books from 1967 to 1980 is just amazing.

So I thought it might be interesting to skip back and see how Pratt’s career started. 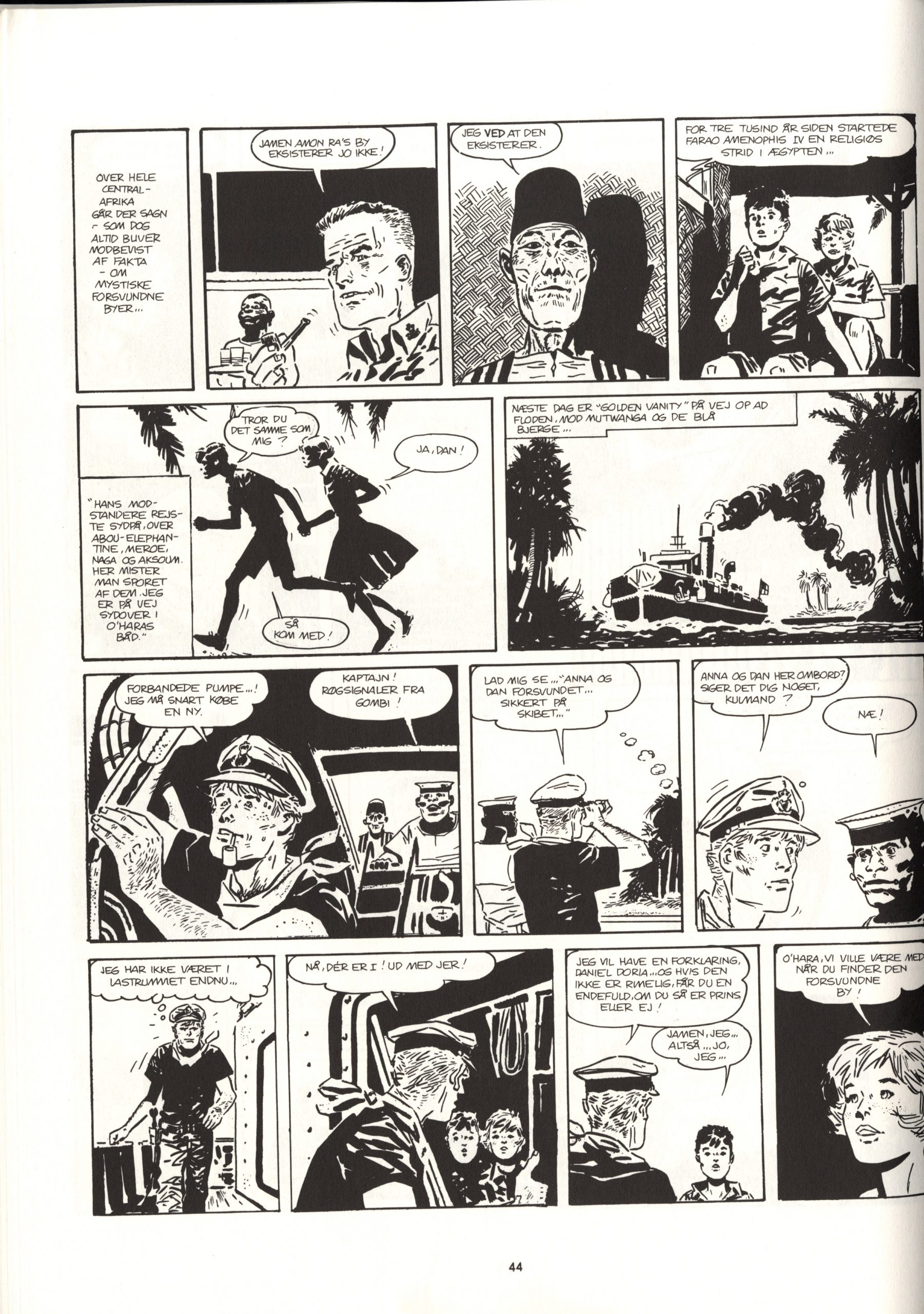 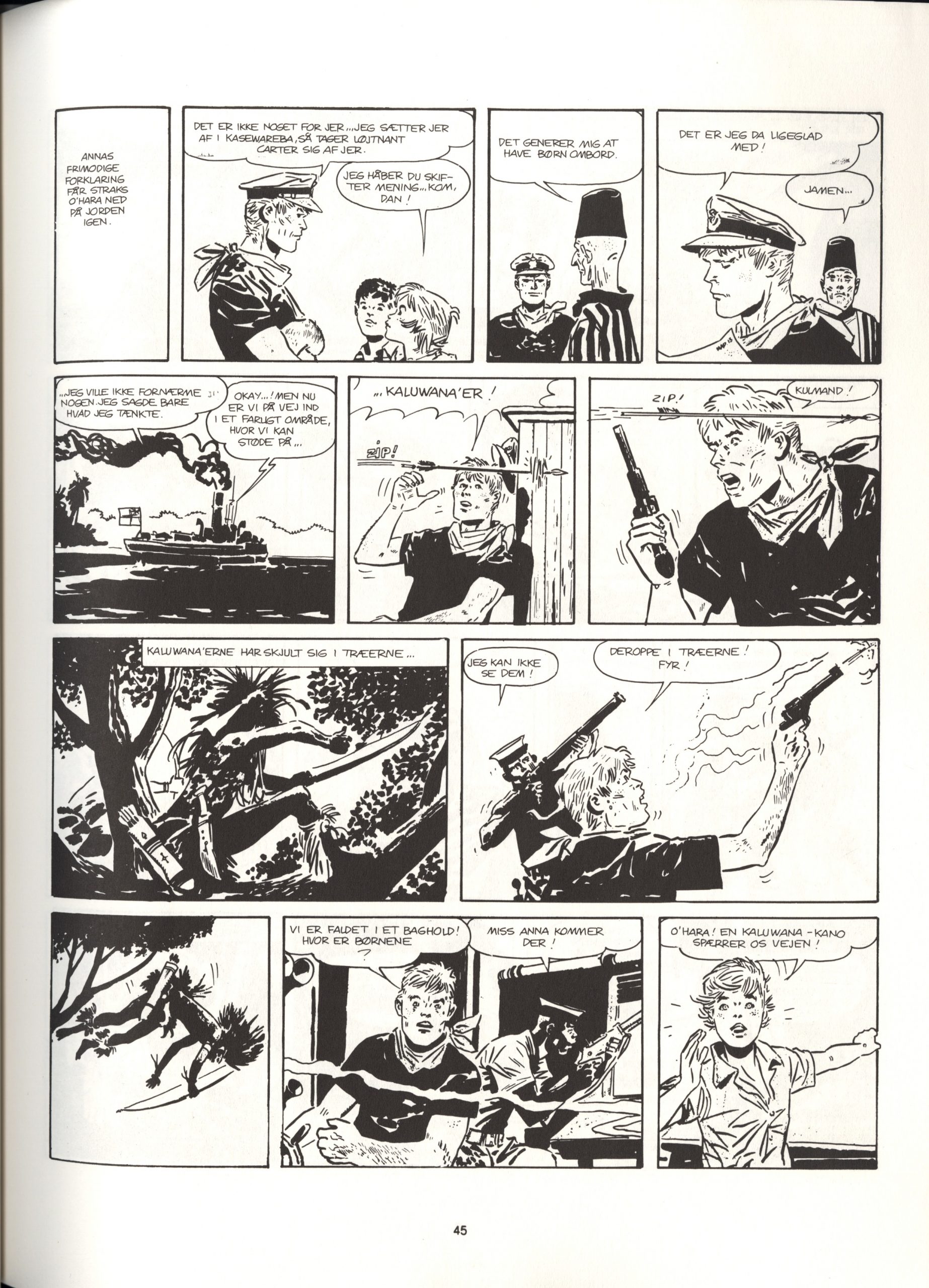 This album is a collection of five 20-30 page stories dealing with the titular Anna (daughter of a doctor living in Africa) and an equally young prince (!) having adventures in Africa. Mostly under the supervision of some neighbourly British soldiers.

But it’s charmingly and entertainingly told. Perhaps some people would react negatively to all the pygmy cannibals that crop up here and there, but whatchagonnado? 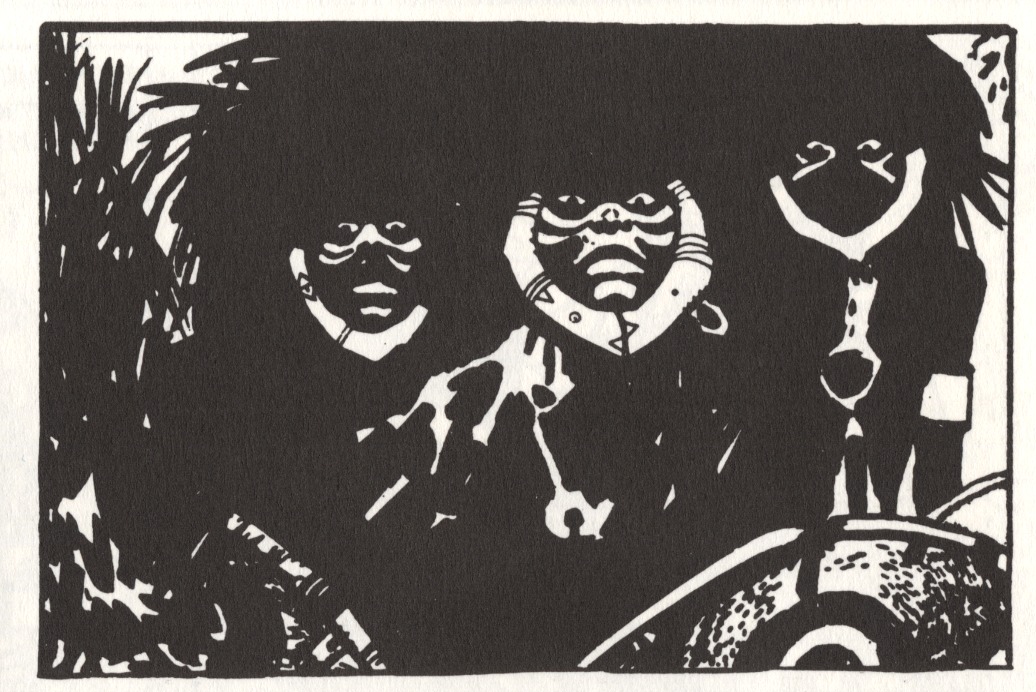 It seems as if Hugo Pratt is finally going to become available in English after all these years. IDW are bringing out a complete set of Corto Maltese albums, although with hideous cover designs, while Cong is bringing out the Desert Scorpions stuff. As ebooks. On iTunes only. Er, what?  I read a few comics blogs, and I hadn’t seen this mentioned anyway.  Did they forget to do publicity?  Anyway, I also re-read the first three Desert Scorpions albums recently, and they’re even more melancholic than Corto Maltese.  I know.  Hard to believe.  They’re excellent.

In a way, I think that the Anna stories would be a good place to start. They’re quite American in their sensibilities, and they’re action/adventure tales. The Milton Caniff/Noel Sickles influence on the artwork is pretty obvious. Perhaps a smidgen of Alex Toth, too?

But, then again, going with longer series is probably a better commercial choice.