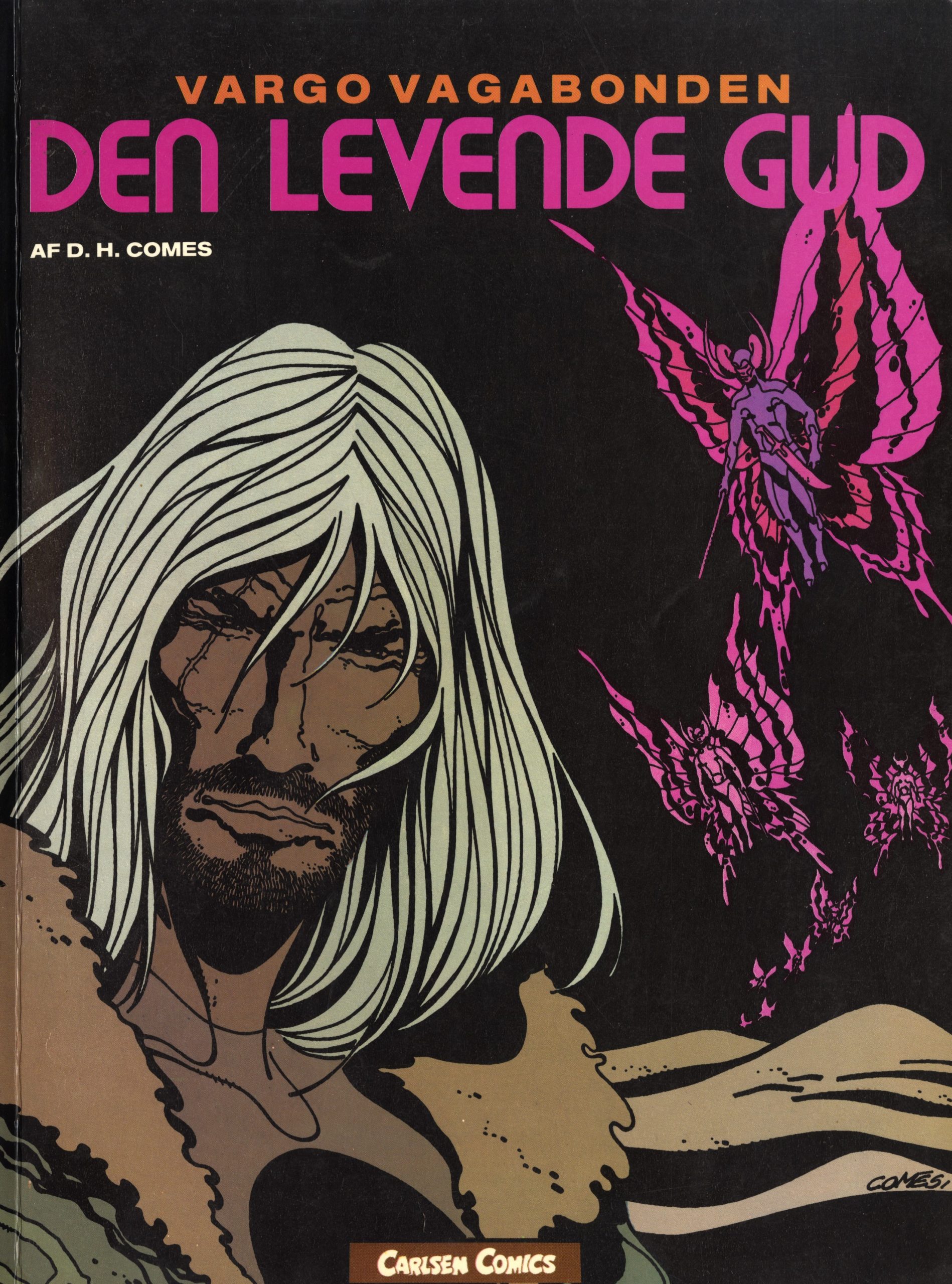 This early sci-fi pot boiler (serialised in Pilote 1970/71) is not a particularly auspicious start for my grand re-reading of European(ish) comics from the 80s(ish). For one, I hadn’t actually read this before, but picked it hup from Faraos a couple of weeks ago.

But it is the first available translated work by Comès (born in Belgium in 1942), so I wanted it anyway.

The less said about the plot, the better, but I thought I’d just note the apparent influences from US superhero comics. For instance, doesn’t that crackle look a bit Kirbyish? 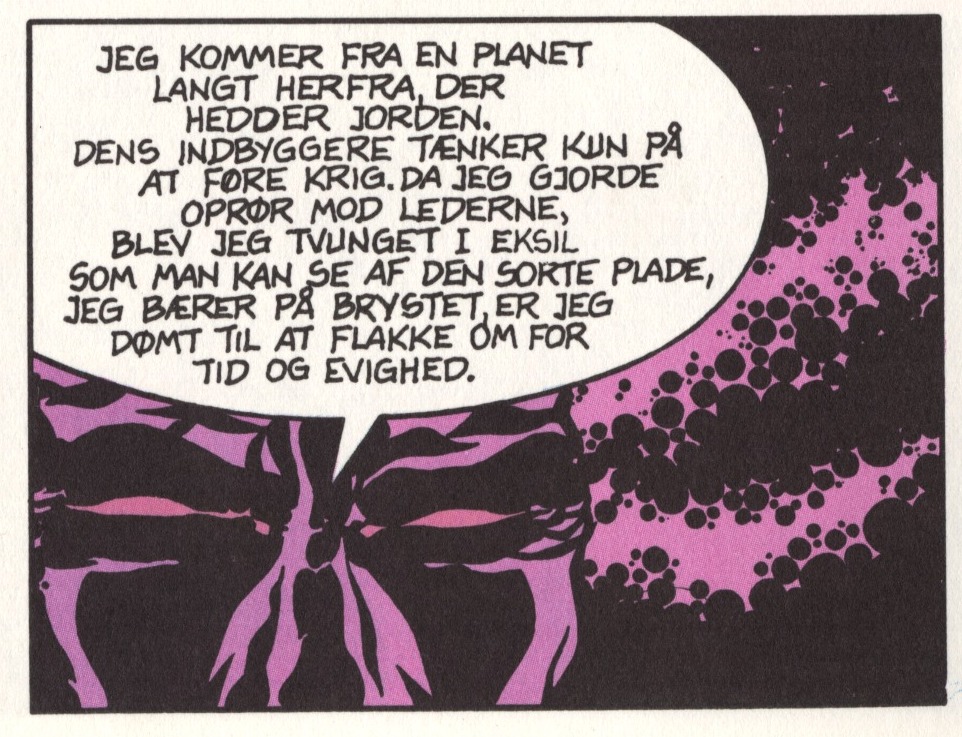 And doesn’t the design of the evil bad guy (FSVO) look slightly Ditkoish?

A second volume featuring the same protagonist was released in 1980, but isn’t available in any language I understand. 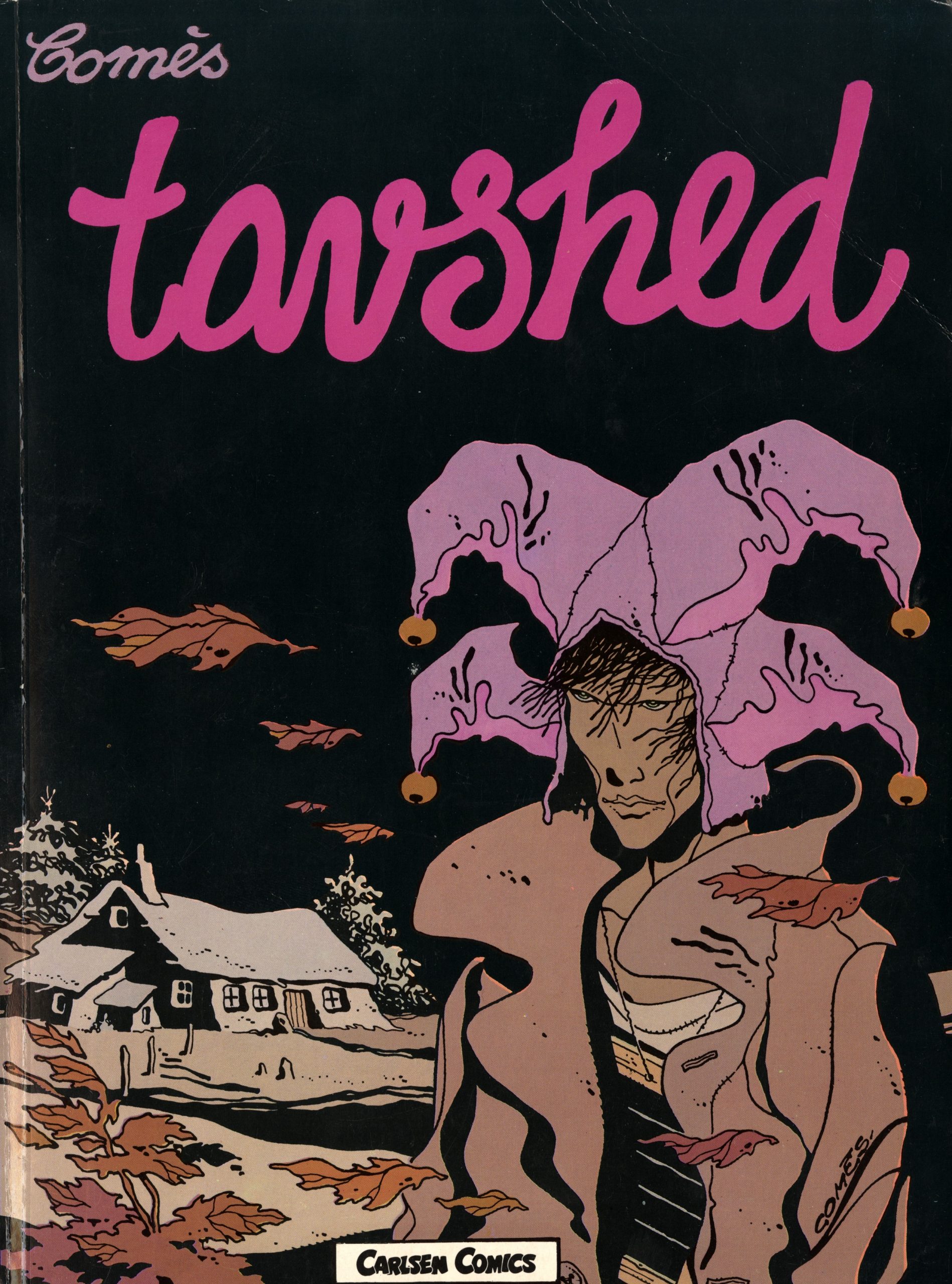 Silence is the story of a mute village idiot (ahem) who’s mistreated by the entire village, but taken under the wing of the village witch who’s out for revenge. Yeah, I know. But, while it’s a pretty clunky work (particularly the endless scenes of info dumping necessary to let us know why the revenge is needed), there are scenes of real power here.

And plenty of nice pages like this (that has more than a smidgen of a Tardi influence): 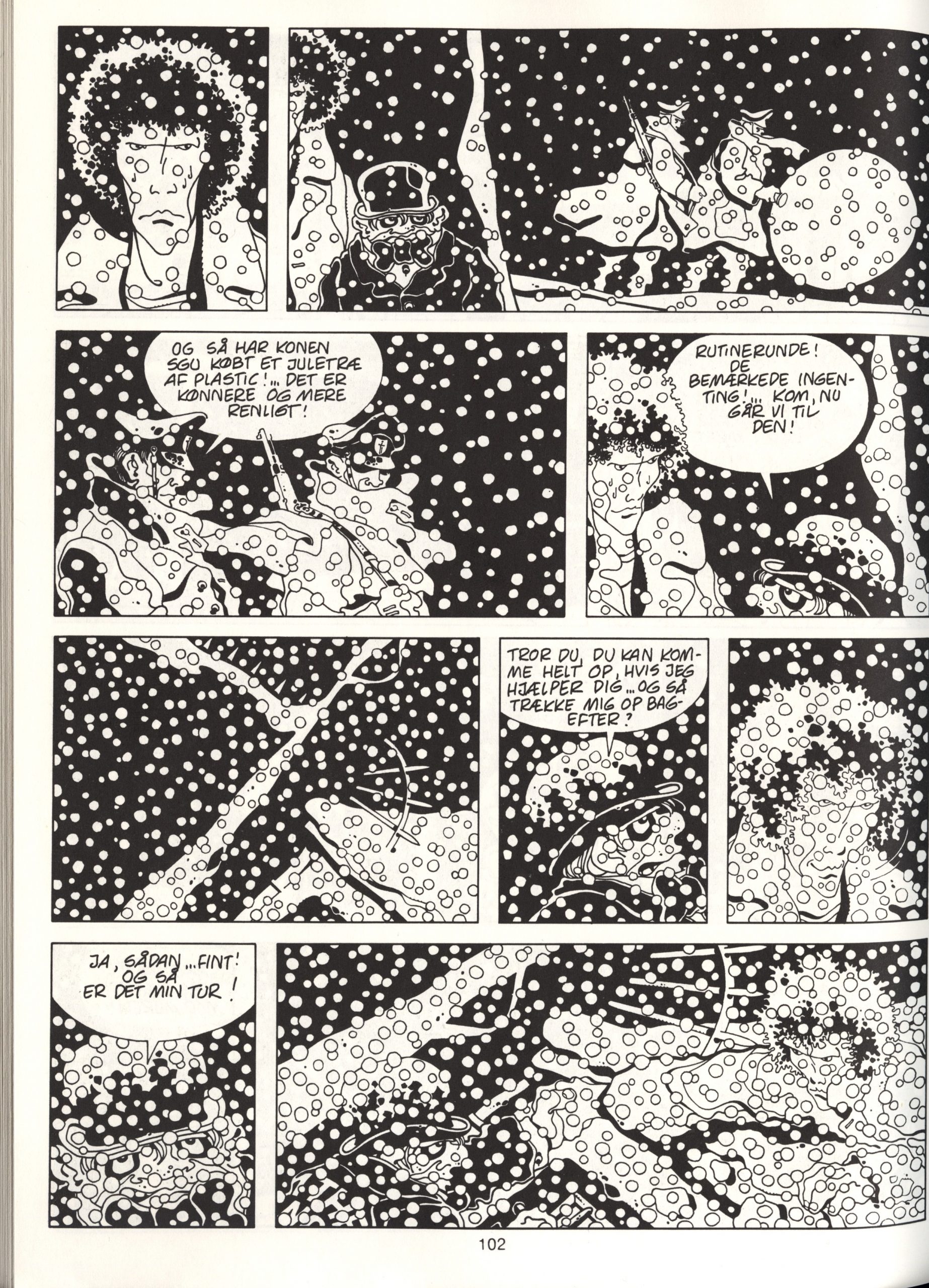 So it holds up pretty well. And the end is still affecting.

Comès seems to have dropped all the influences from super hero books. Instead he’s gone for Hugo Pratt in a major way, which is fine by me. While the influence is strong, he has his own voice.

As an aside, I’ve never quite understood while people who draw like Comès feels the need to drop in super-detailed drawings of machinery:

It’s pretty jarring. Pratt does this too — you have pages and pages of purdy purdy expressionistic (er, or something) drawing, and then whenever a car appears, it looks like he’s just cut and pasted a schematic drawing from some car factory catalogue. Perhaps they have assistants that draw these pesky automobiles? 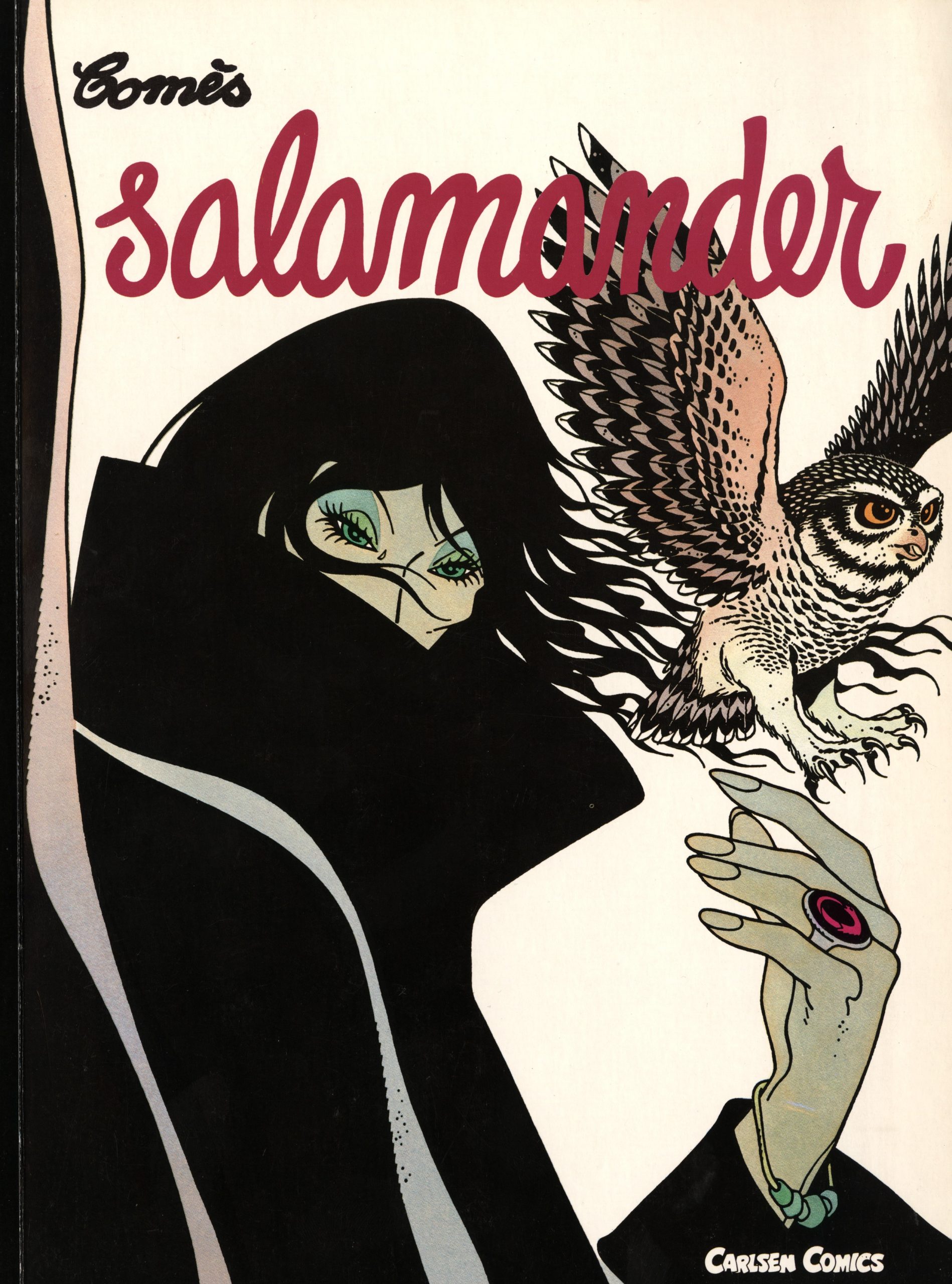 But it’s a quite effective piece. It’s very creepy. The tension is palpable. It’s only somewhat let down by Comès’ inability to stop over-explaining everything. I think that every mystery in the book had as a resolution that either one character did a “as you know, Bob” speech to another character, or we suddenly were made aware of their thoughts. And their thoughts were always on the “as I know, Bob…” form.

Oh, well. But this is in many ways a better work than Silence. I’m always up for some anti-clericalism.

And his artwork is also evolving: 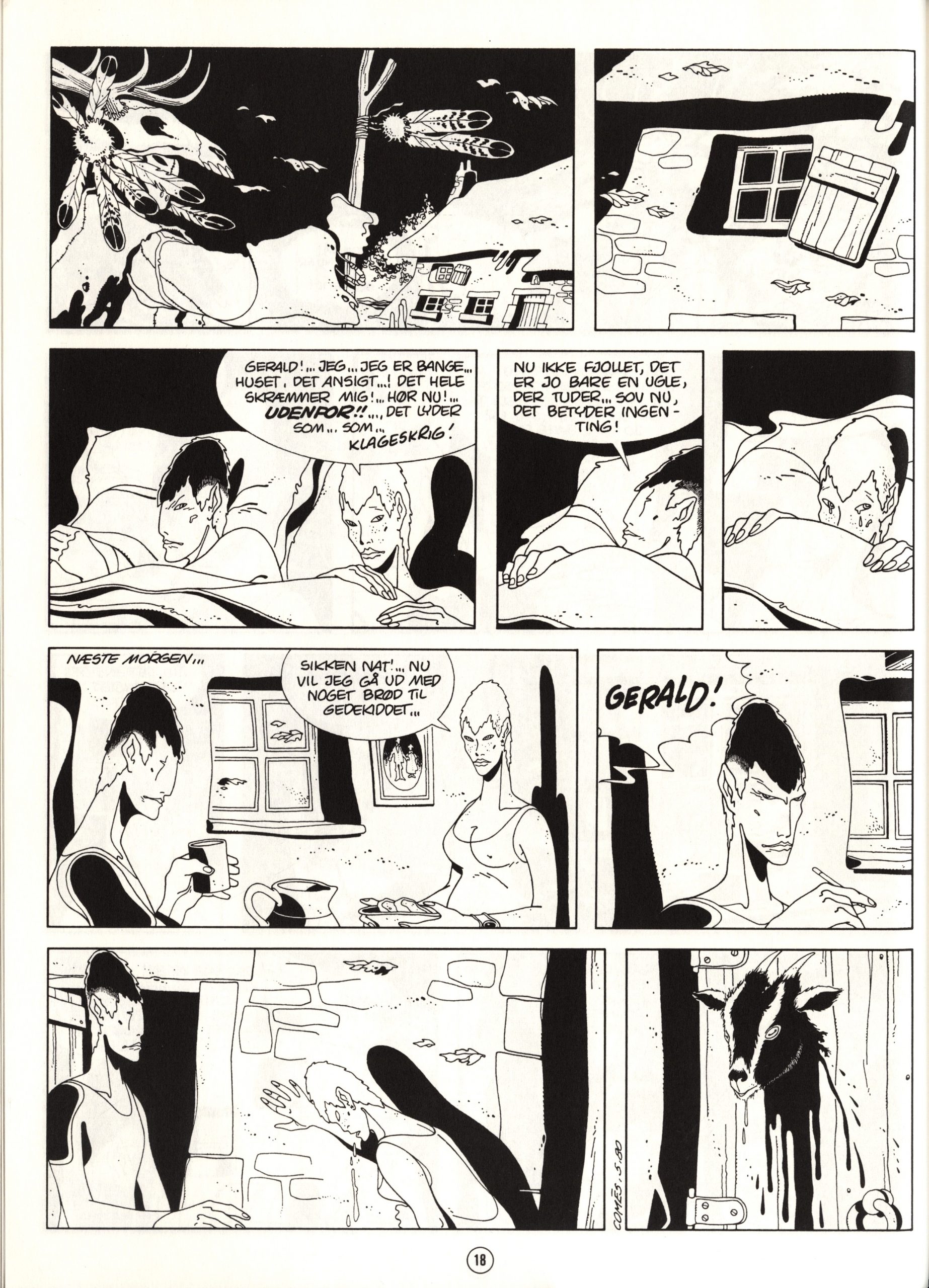 I love those insectile faces. A soupçon of José Muñoz, perhaps?

The cars are as jarring as always: 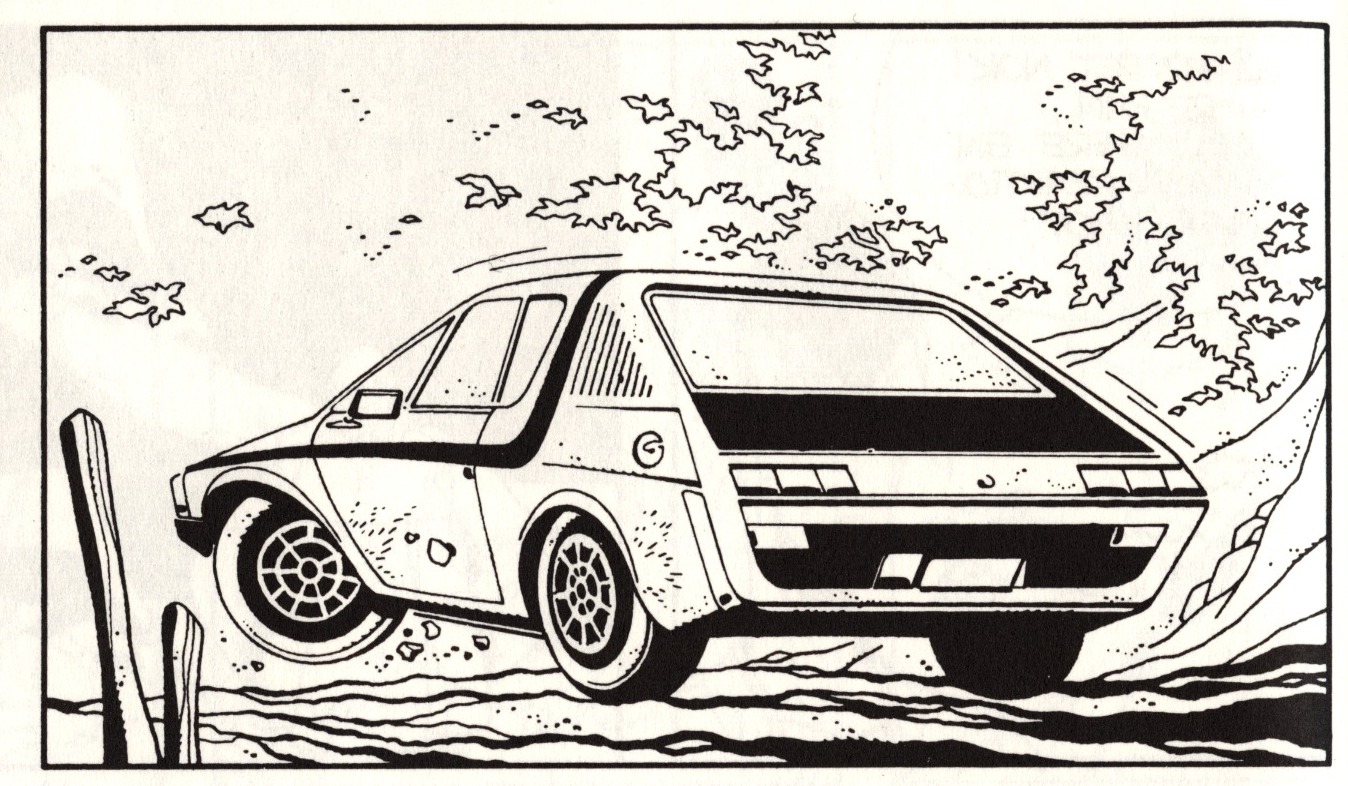 Silence had a mute protagonist. La Bellette had a mute autistic character, and a semi-mute deranged villain. So perhaps the next album will have three mute characters? 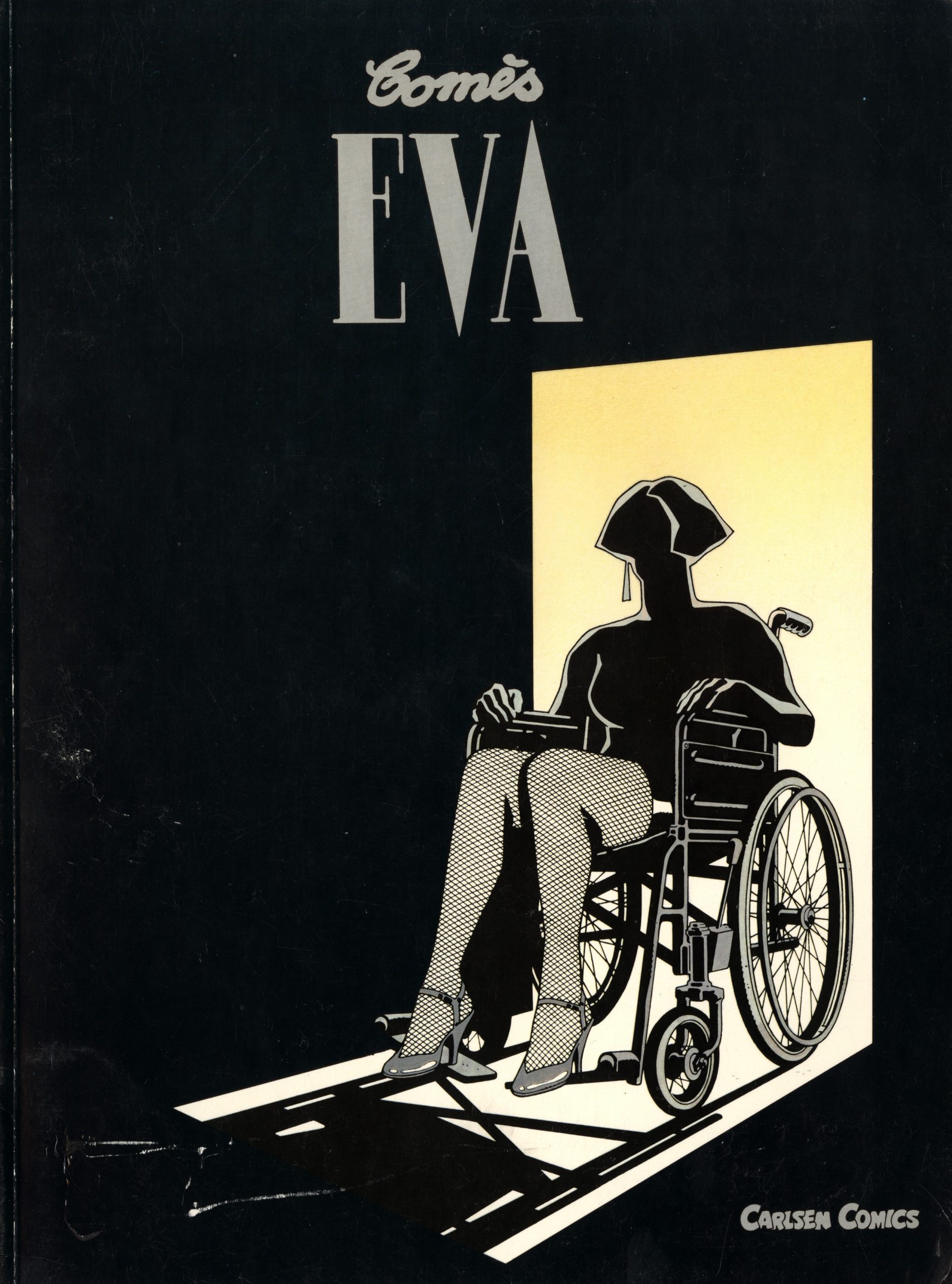 Think… Rebecca and Psycho mashed up with a deranged robot plot. With lots of boobs.

What about mutes? Well… there’s a ventriloquist supplying most of the voices for the robots, so I think you could make the case that there’s dozens of mutes in this one.

It still looks very pretty, though: 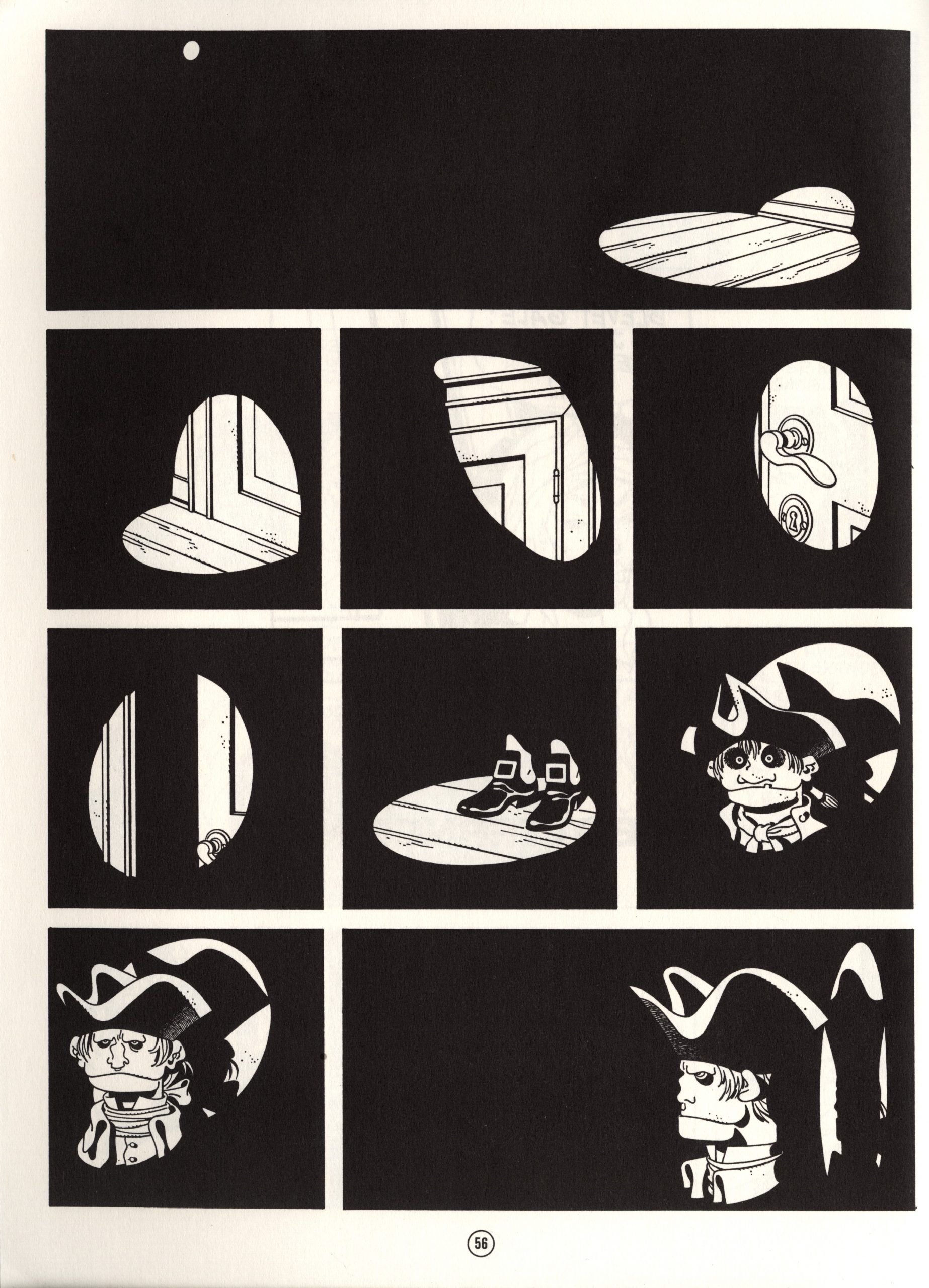 This was serialised in (À suivre) in 1984 and didn’t win any prizes. 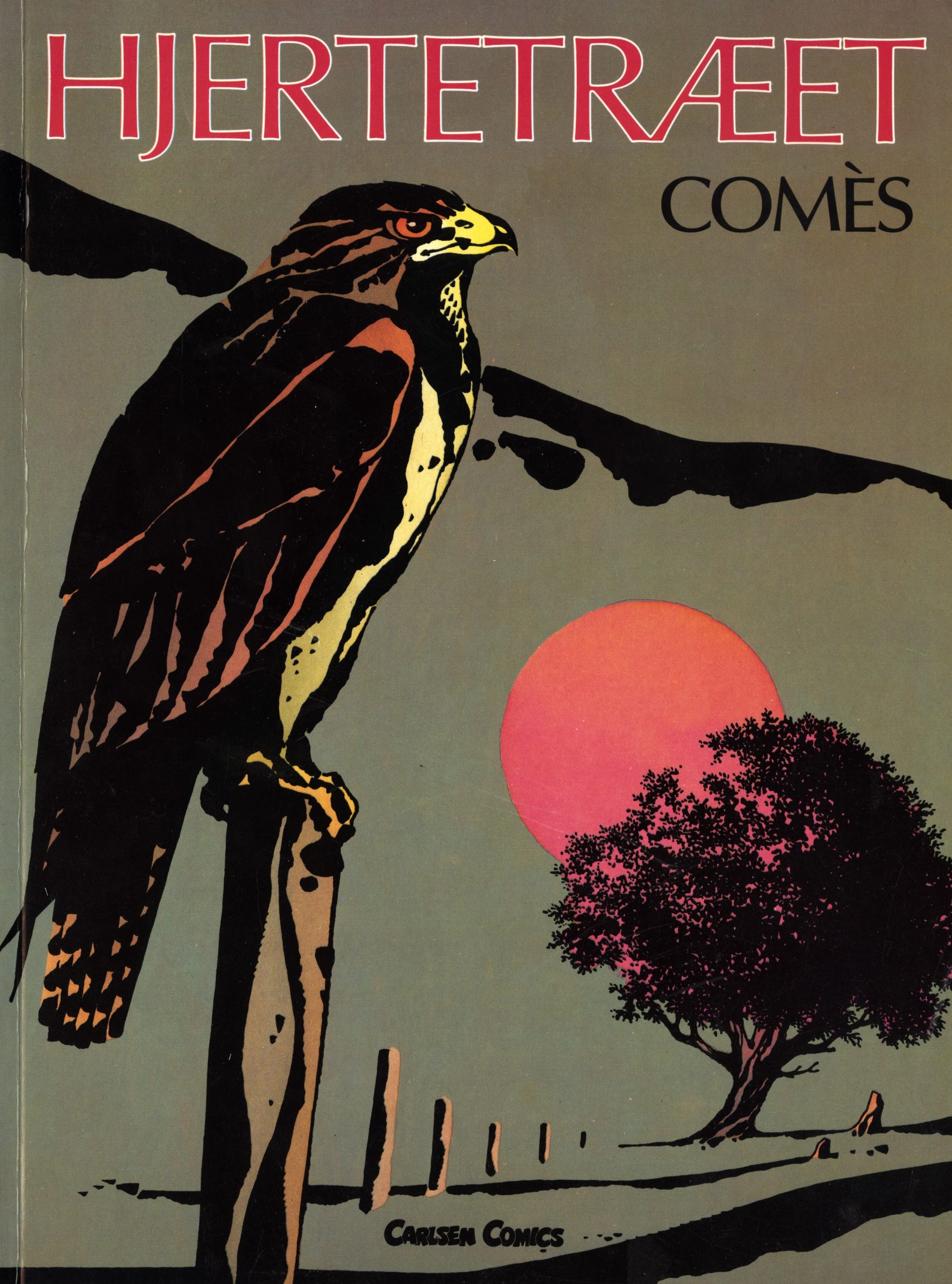 A traumatised reporter returns from the Afghan wars and deals with trauma by retreating into fantasy. And by avoiding some childhood friends who try to kill her.

It’s an odd mix, but it kinda almost works.

There is, of course, the obligatory Comès scene where, as you know, Bob, everything is explained down to the very last detail. 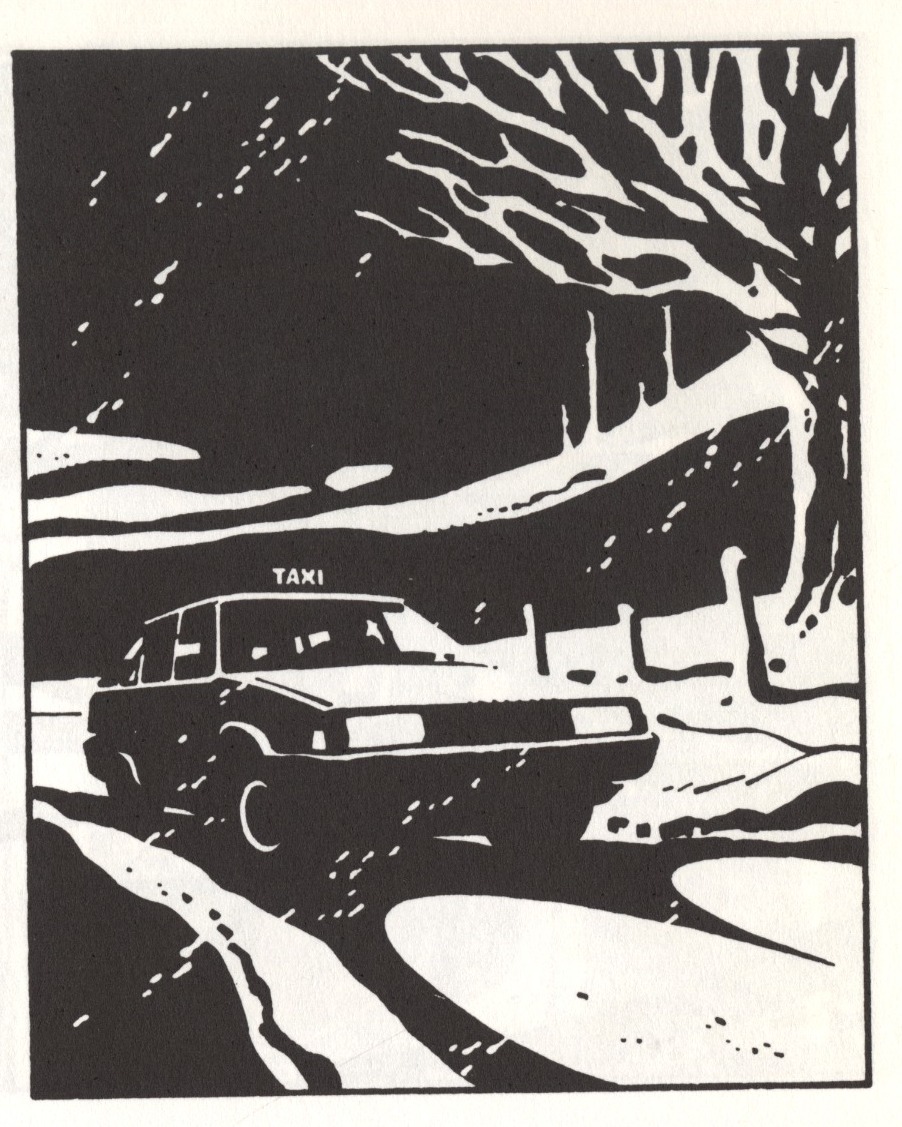