I’ve been filming some concerts the last year or so.  I’ve been using mostly normal compact cameras, and they work quite well.  The Sony RX 100 II is probably the best one of the bunch.

However, they either stop filming after 30 minutes because of tax reasons (apparently, in the EU there’s an additional tax on film cameras that can be avoided if it’s “not really” a film camera), or the battery runs out after 30 minutes.

So it was suggested to me that I might want to look into using a real video camera, and the Blackmagic Pocket Cinema Camera is supposed to be pretty spiffy.  It has a big sensor or something.  I dunno. 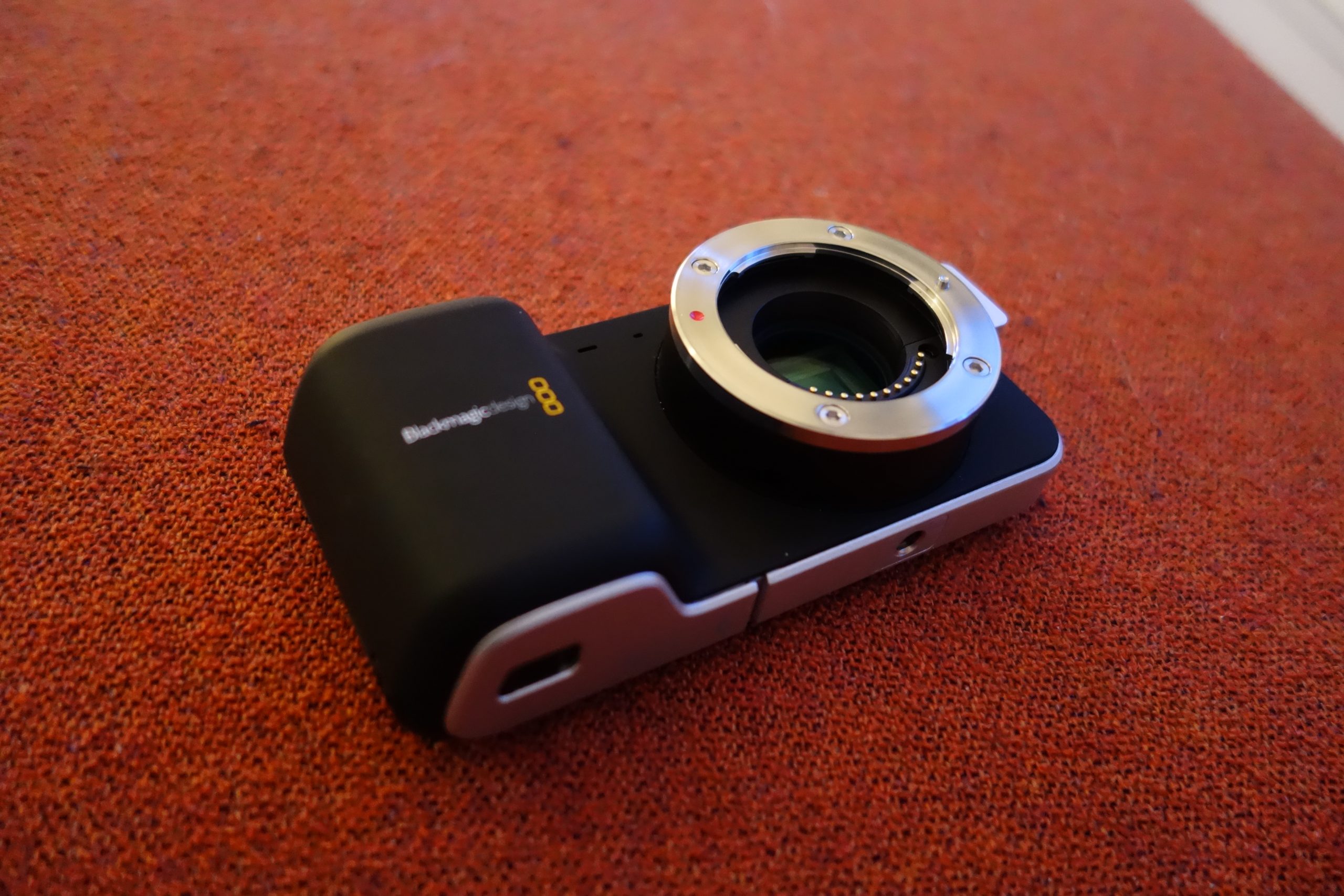 The first attempt didn’t work so well.  The built-in microphone red-lines quite easily, even at the lowest sensitivity.  So concerts are just square waves of BZZZZB KNKNK  BZZKN.

I finally bought some small external microphones and tested them the other…  month. 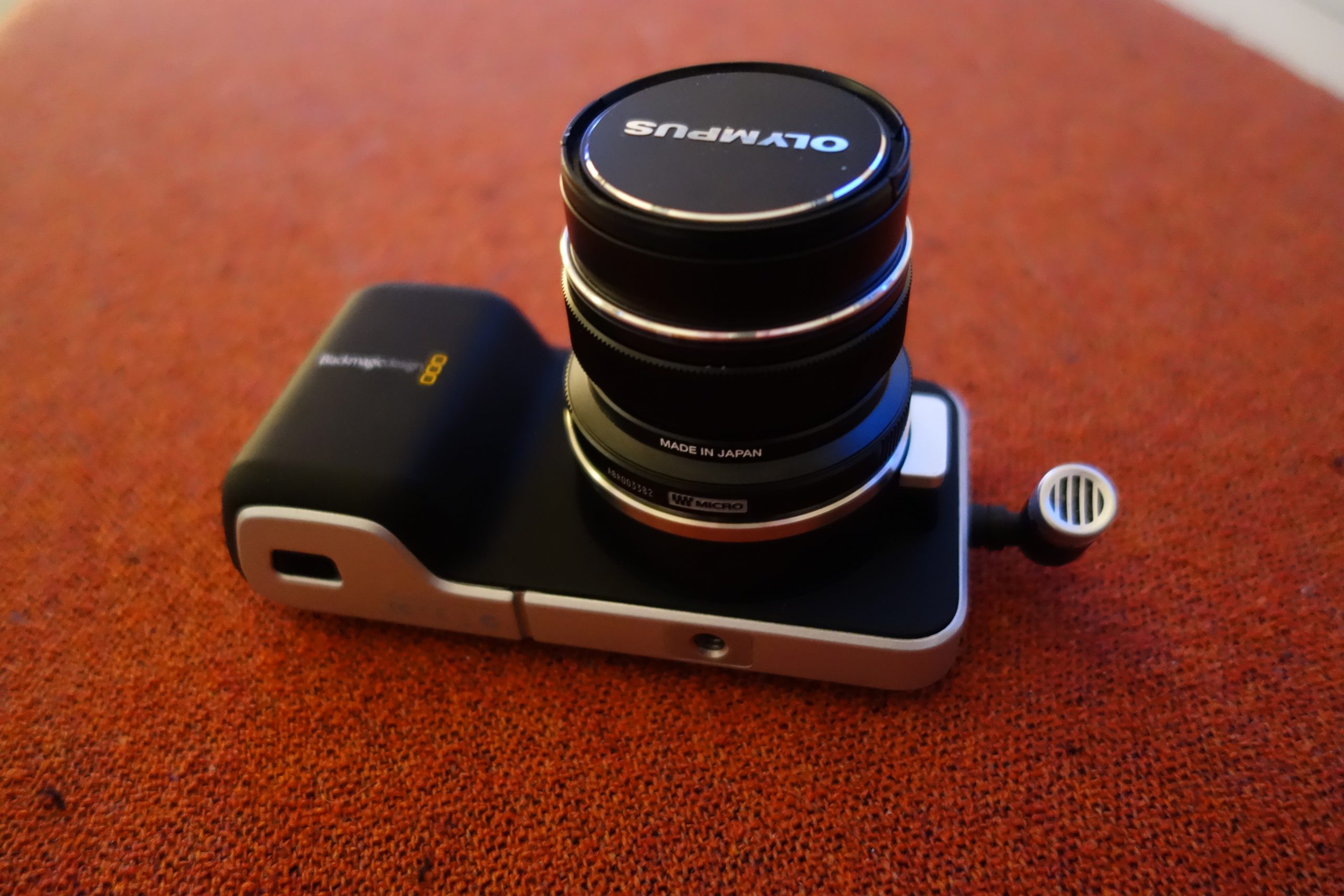 And with that mike, it the audio comes out fine.

The battery life isn’t all that awesome, though.  I get about 50 minutes on one battery, so I have to carry extras.  And on the higher quality settings it generates a lot of data, to put it mildly, so using a 128GB SD card is required.  Unless you want to shuffle SD cards all evening.

Then I noticed that the video looked all washed out and dull.  After some googling, that’s apparently a feature.  The camera doesn’t do white balancing or normalisation or anything.  To leave you (i.e., me, the film professional) with as much detail as possible, everything is kinda grey and boring.

Fixing that is apparently called “colour correction”, and I’ve watched tutorials on that this evening.  There’s a number of packages under Linux that purports to help out here, but I couldn’t get Kdenlive to work.  Cinelerra wants to recode everything upon opening, which takes hours.  The same with Kino.  And daVinci didn’t want to install at all. 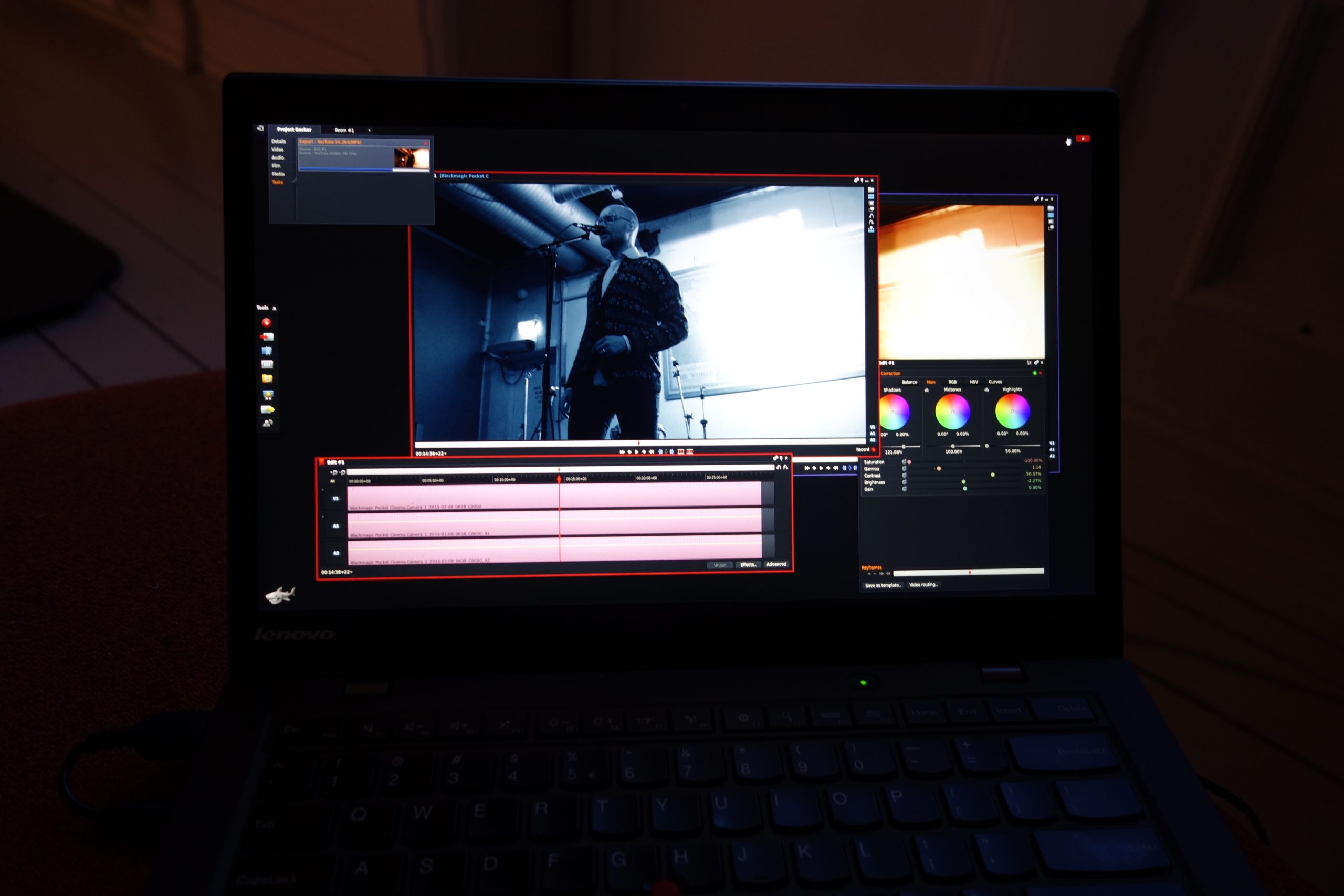 But I did manage to get Lightworks to install and work, and it’s pretty fast and nice.  Although incredibly confusing.  I’ve played around with various colour corrections.  Here’s one where I went black-and-white with high contrast:

(Note my fabulous “put the camera on the table and then keep on drinking beer” camera technique.)

And here’s one where I just tried to make the white bits less white, but add more contrast:

Oops.  I should have increased the audio sensitivity on that one…

Lightworks transcodes to a format that Youtube doesn’t need to transcode, so uploading after colour-correction is quite fast.

In conclusion:  I think things are too complicated.