I’ve had a Logitech diNovo Mini as my TV computer keyboard for a few years.  It works as well as you’d suspect a wireless keyboard to work: It loses contact with the receiver a couple of times a month and needs to be switched off and then on again, but otherwise it’s OK.  Doesn’t lose too many keystrokes.

But it’s starting to fail mechanically, I think.  The larger buttons (Enter, Del, etc) now only work if I press them…  just…  so…

I looked around for new media keyboards, but they’re either too big, or unusably small.  This was kinda just right.  So I went off to eBay and got a couple of new old ones.

At least that’s what I thought I bought.  Instead I got a couple of Lenovo TV730 keyboards, which is apparently also called Logitech Mini Controller.

And here my troubles began.  This Logitech came with a different, smaller receiver:

The receiver works fine under Linux, but I could only get about two meters range.  (That’s seven microfurloughs in Imperial measurements, I think.)  But I had it plugged in like this:

After bitching about this on IRC a bit, I tried using an USB extension cord.  Like this:

And then I got, like, an 11 meter range, through two (pretty light) walls!  So the metal in the computer case messed up those radio signals or something?  Ok, we’re on!  This is doable!

And then I discovered that some of the keys don’t work in Xorg.  In particular, the PgUp and PgDown keys give exactly zero X events, according to xev.  That’s no fun.

I fired up the ever-useful evrouter utility:

key/402?  That’s a suspiciously high number.  And duckgoing around shows that this is a well-known ancient X problem: X can’t deal with events that has a numerical value over 255.

This was reported as a bug at least as early as 2007, and apparently they (sort of) started working on it.  But they didn’t fix it.  Instead this very nice person wrote a simpler fix that allows you to just remap these problematic keystrokes into other keystrokes.  Yes, it’s a hack, but if you’re not going to provide a real solution in 8 years, I think it might be better to just include the hack, don’t you think?

Obviously the Xorg people didn’t, so you still have to build your own evdev_drv.so.  The link up there has good instructions on how to build and install this driver into your X, so I won’t repeat that.

For my device, I put the following into my /etc/X11/xorg.conf:

This remaps the weird PgUp/PgDown keystrokes into the normal ones.

To get the device to show up under that name, I put the following into my udev setup.  This is with the current Debian; your mileage will vary.

However, it’s not totally unproblematic.  If I pull the receiver out and then put it back in again, X will sometimes not believe that it’s been inserted: 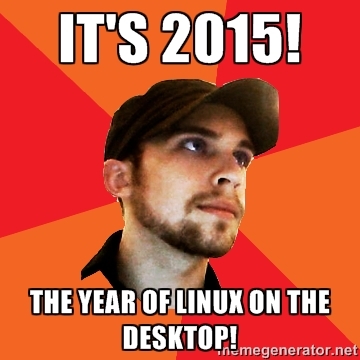 2 thoughts on “Linux, X and Logitech”