As you all remember (you do, Blanche!  You do!), I was fussing around with some RAID stuff over USB3.  I had found a solution that worked (a Silverstone cabinet), but then somebody told me about the Qnap HS-210 RAID thingie.  It takes two disks and is fanless.  It seemed perfect, so I bought one to try out.

I had sworn off consumer NAS appliances years ago, because (in my experience) they always suck.  They have weirdnesses in their interfaces, and they’re generally slow.  But now they must surely work, right?  Right? 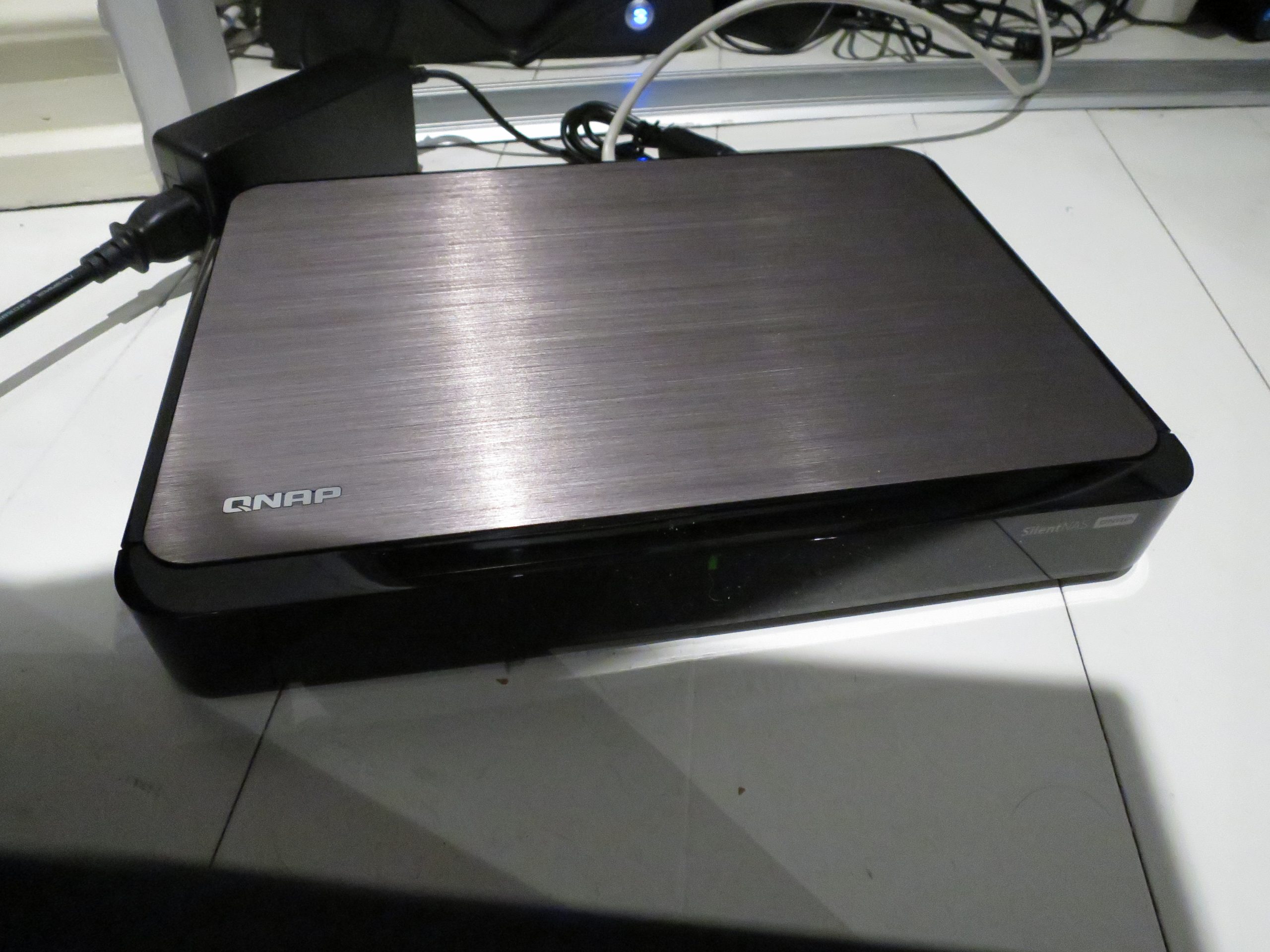 So today it arrived.  It looks pretty sleek.  Installation of two 6TB WD Red disks is nice and easy.  If you have a screwdriver.

The instruction sheet only describes how to install the disks and doesn’t say anything about, like, using it.  But I guessed it would just DHCP me, and it did.

So it came up, and I pointed a Firefox from Debian Stale at it. 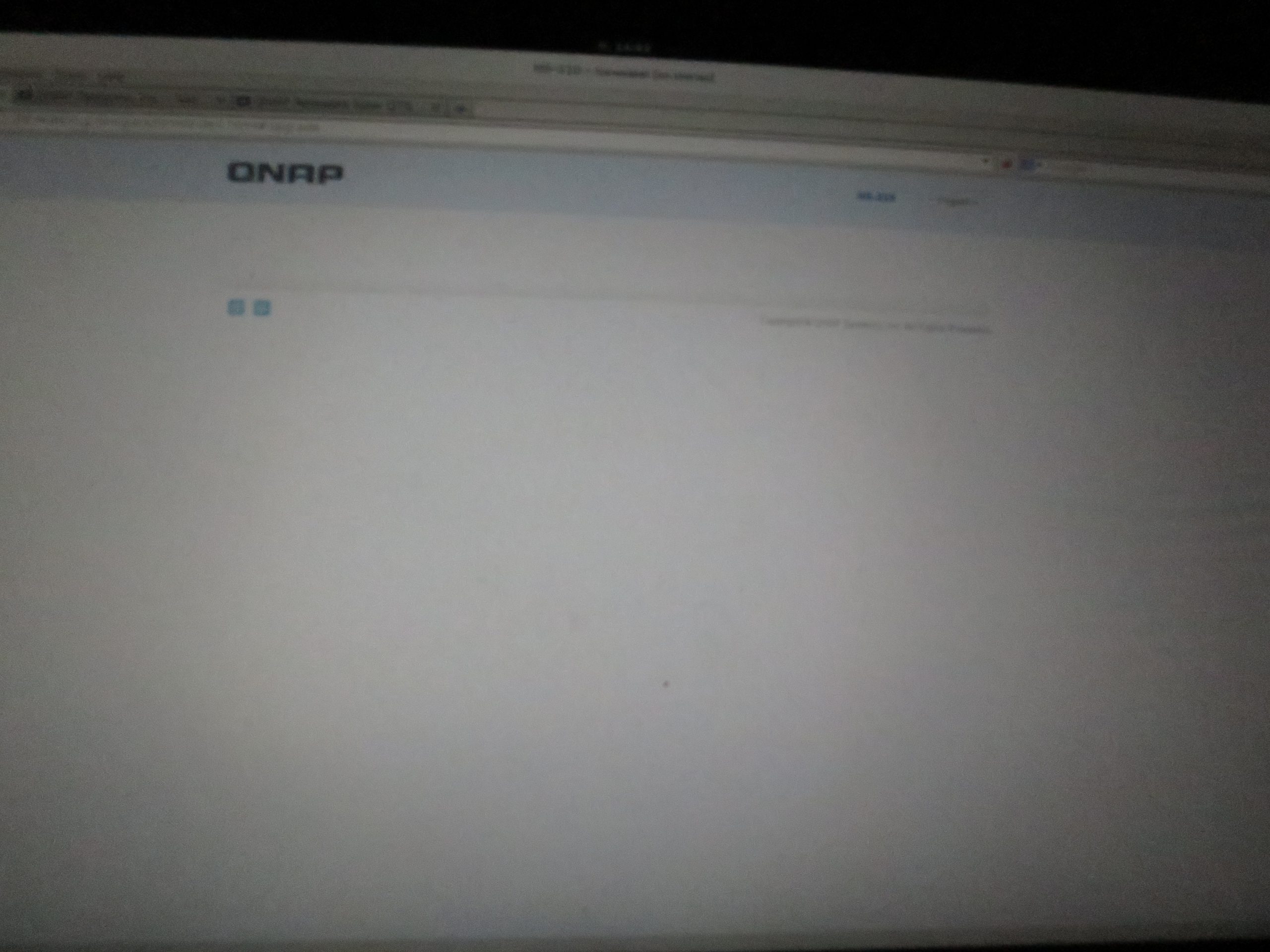 And the only possible thing to do was to install firmware on it.  After downloading it manually. 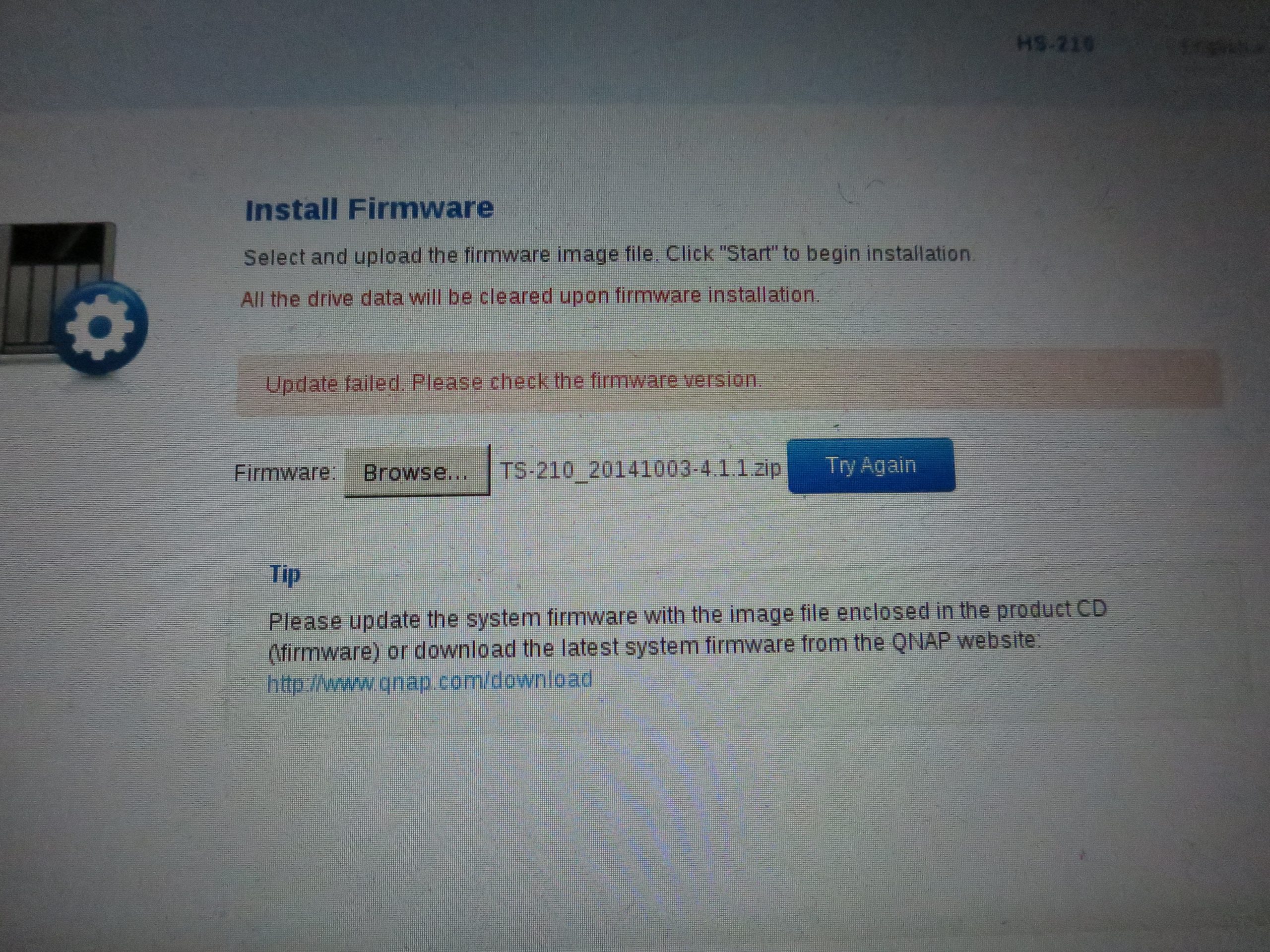 So I thought that perhaps it just had too many JS-ey items in it an perhaps required a newer browser.  I routed a Fedora laptop to the network… 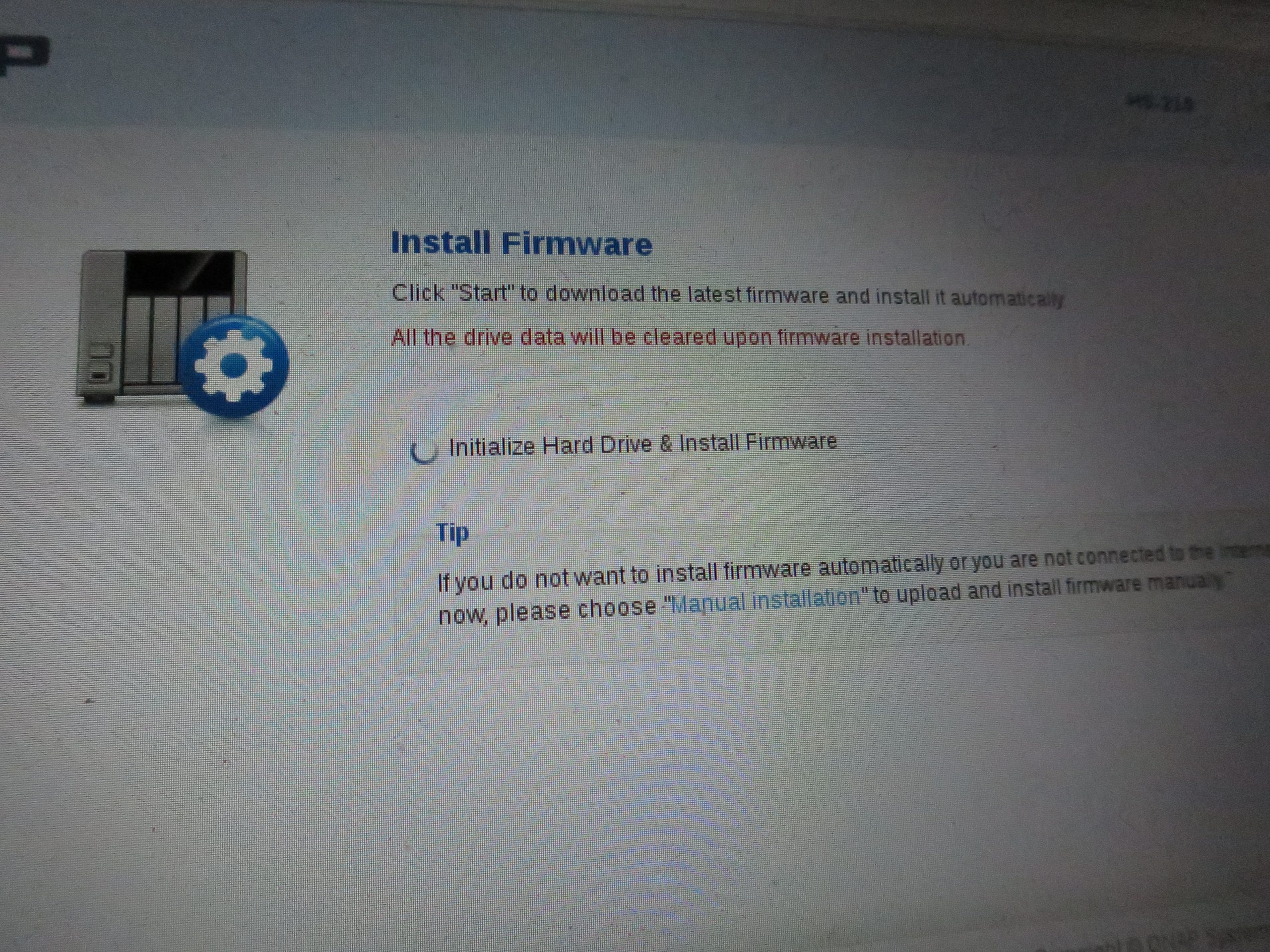 And then it started downloading the firmware. 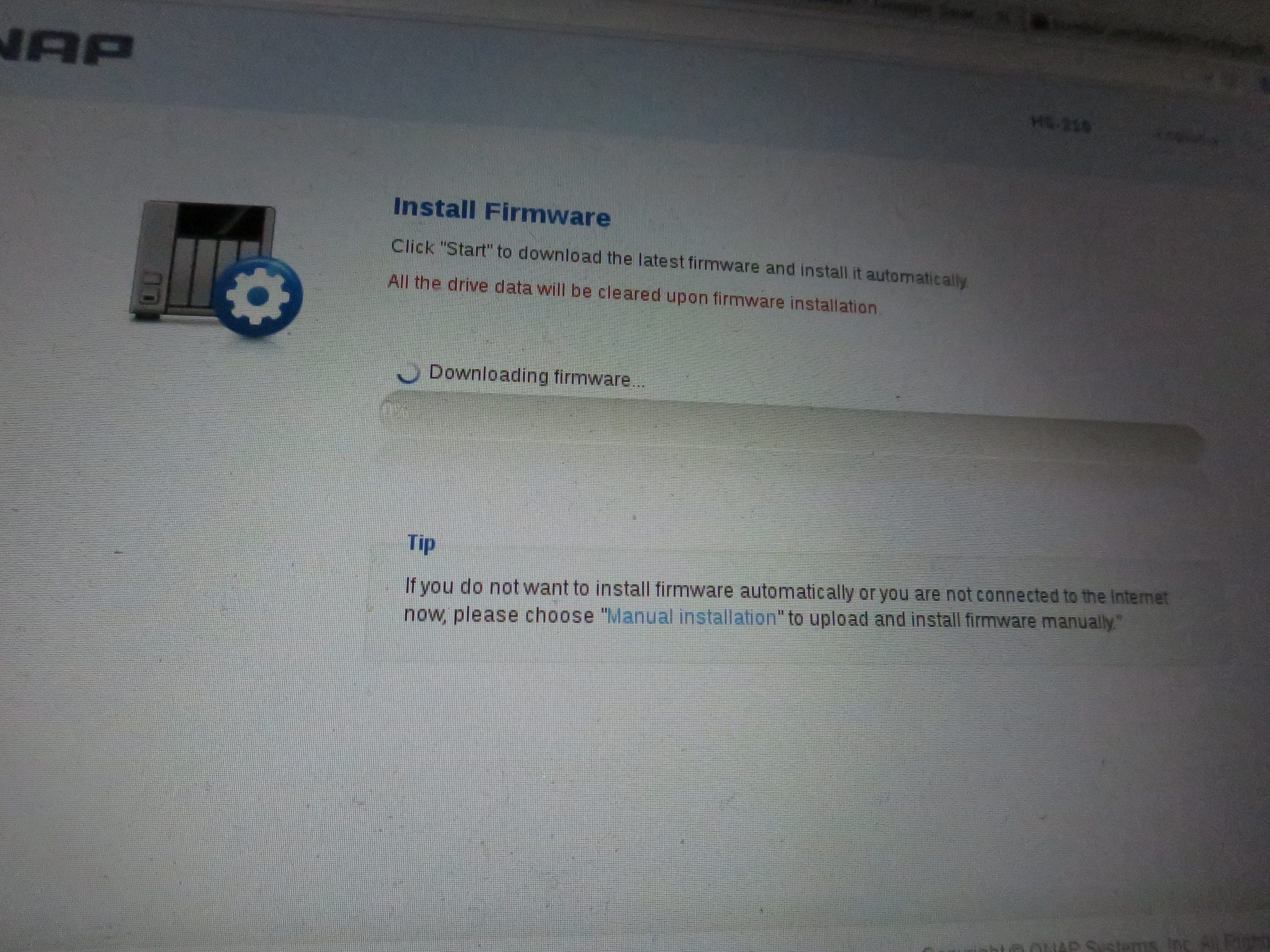 Of course, I hadn’t really thought it was going to talk to the Interwebs directly, so I hadn’t given it a router address via DHCP, so it just stood like that for 15 minutes until I guessed that that might be the problem.

I switched the thing off and then on again, and then it downloaded stuff successfully. 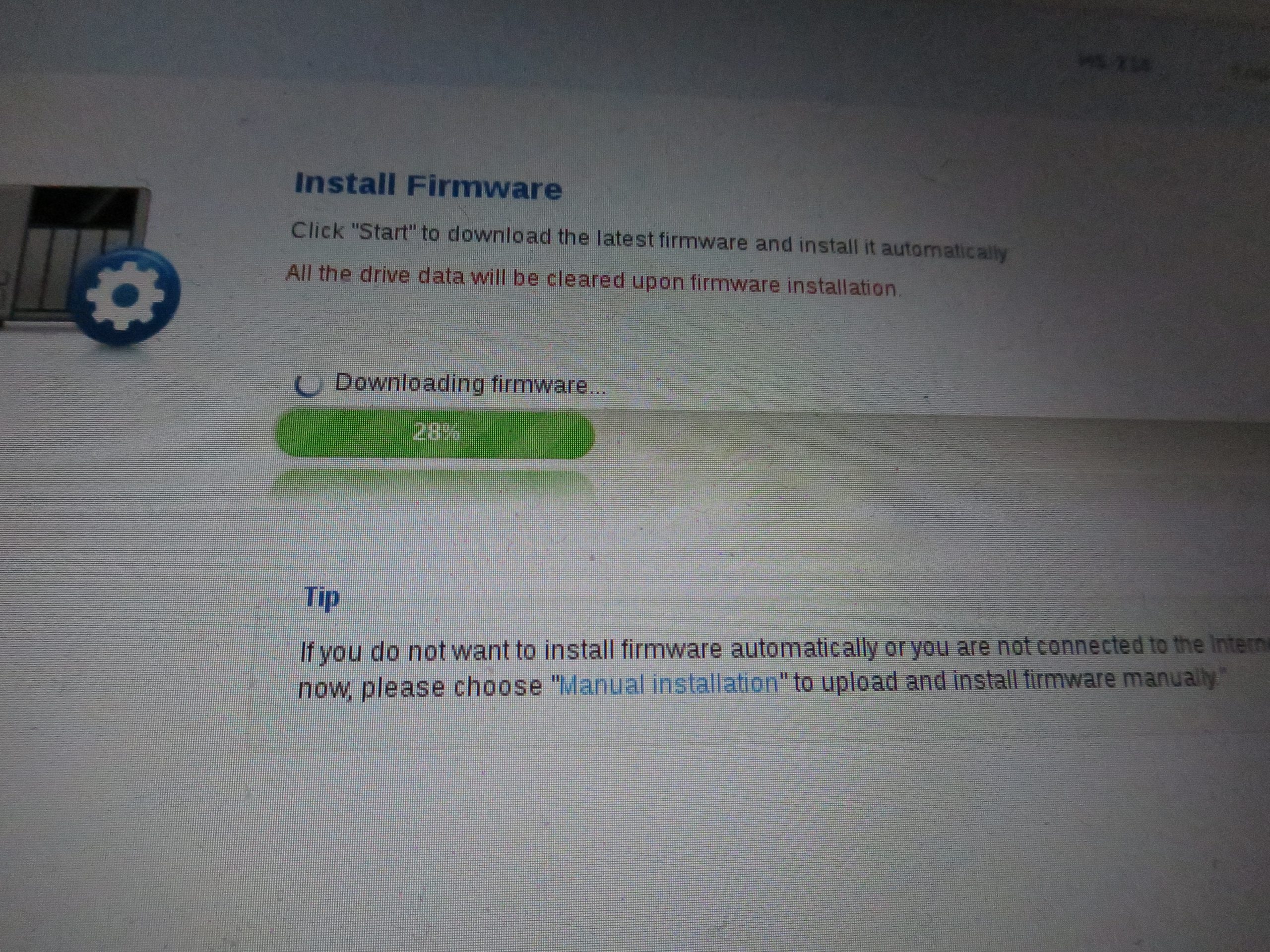 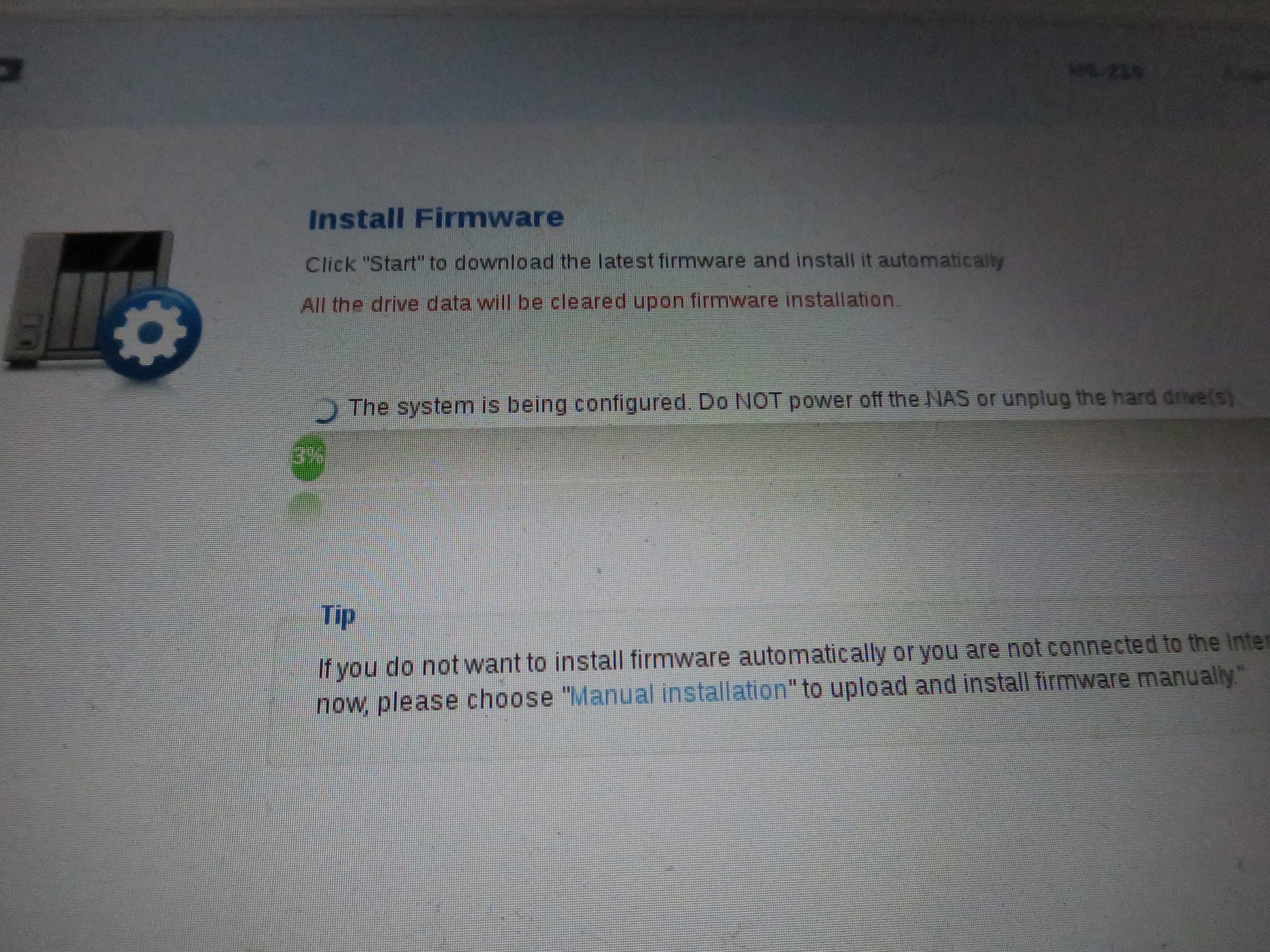 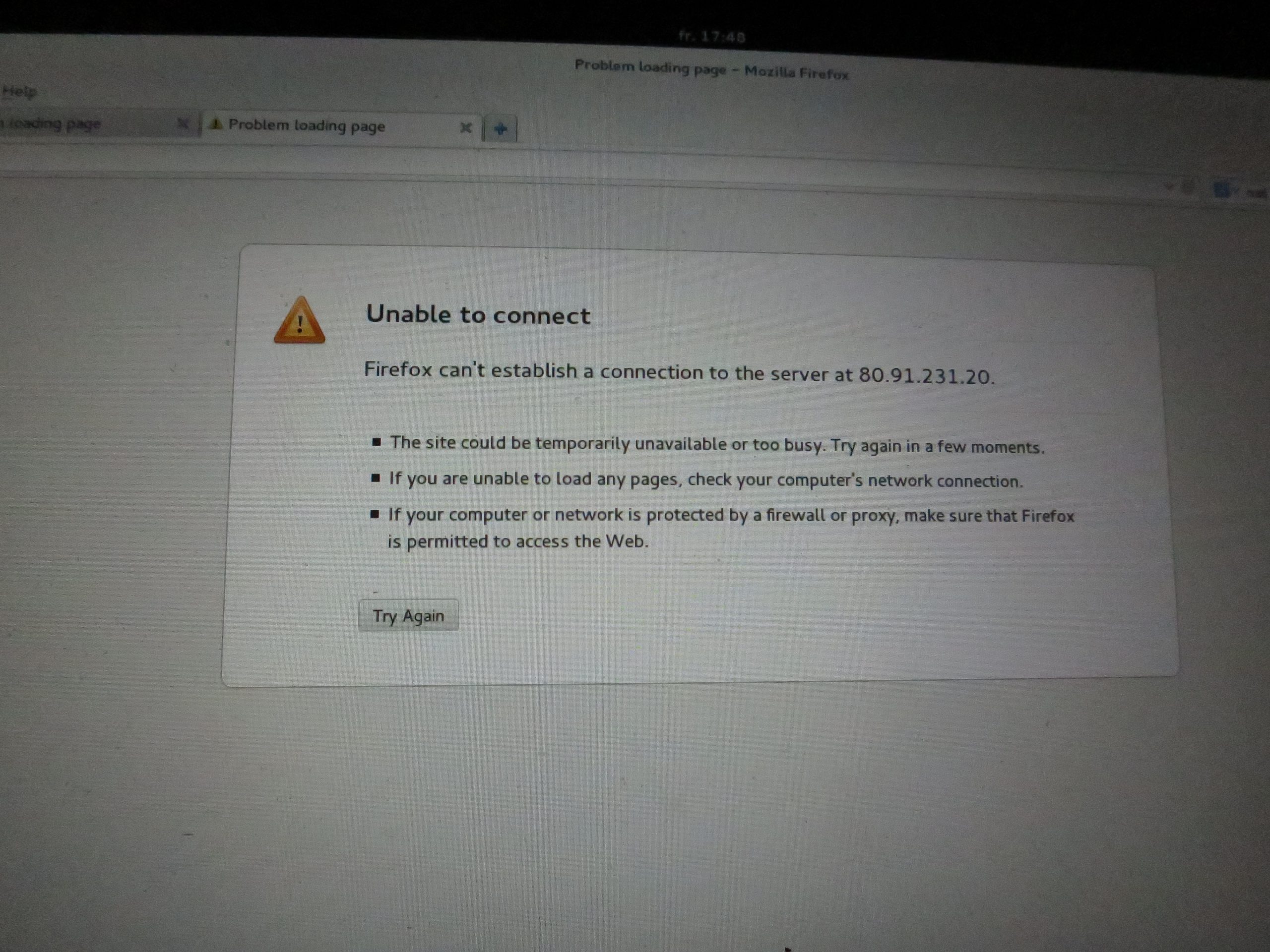 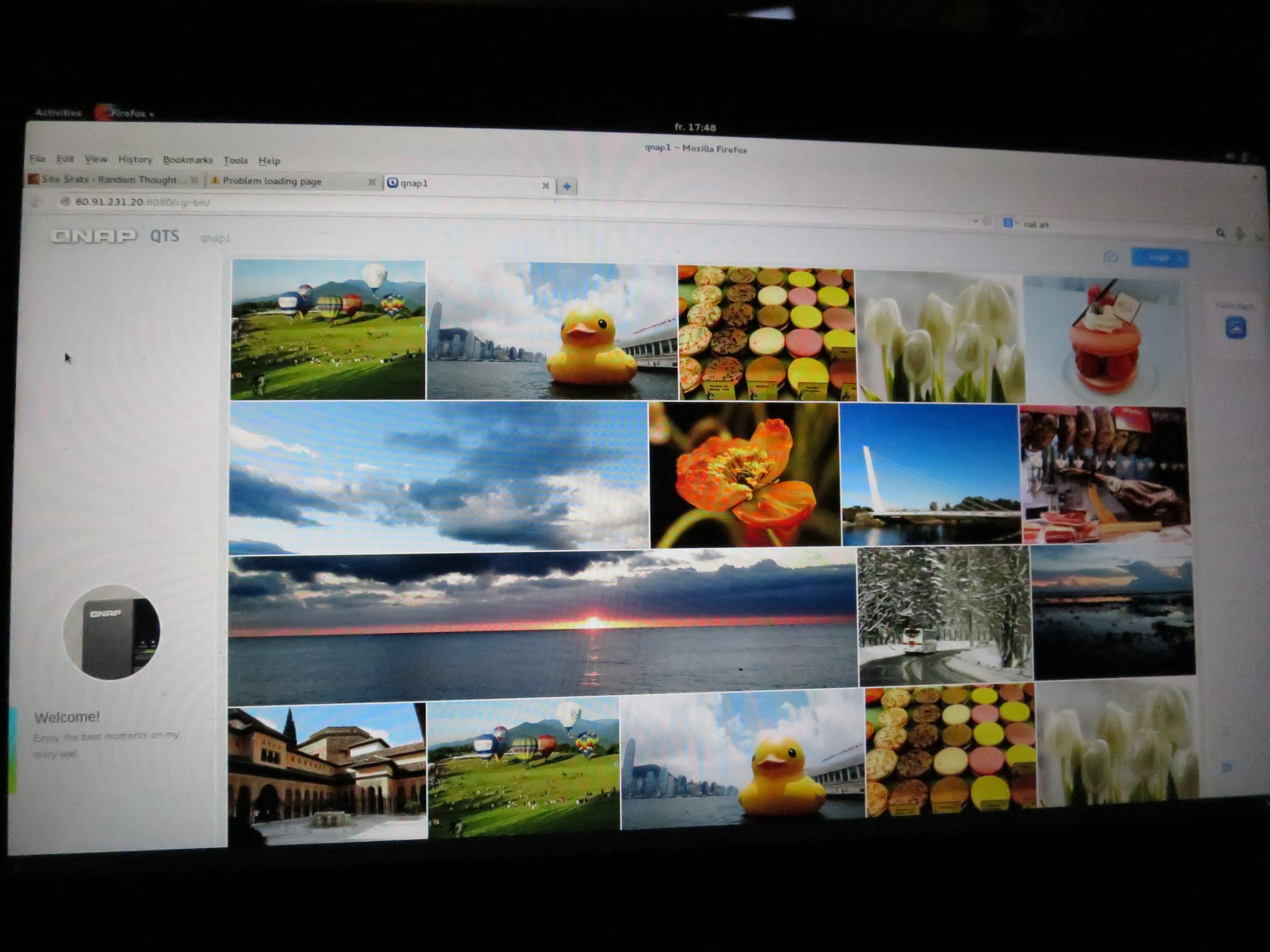 Yeah, that’s what I want to see on the configuration screen of my NAS. 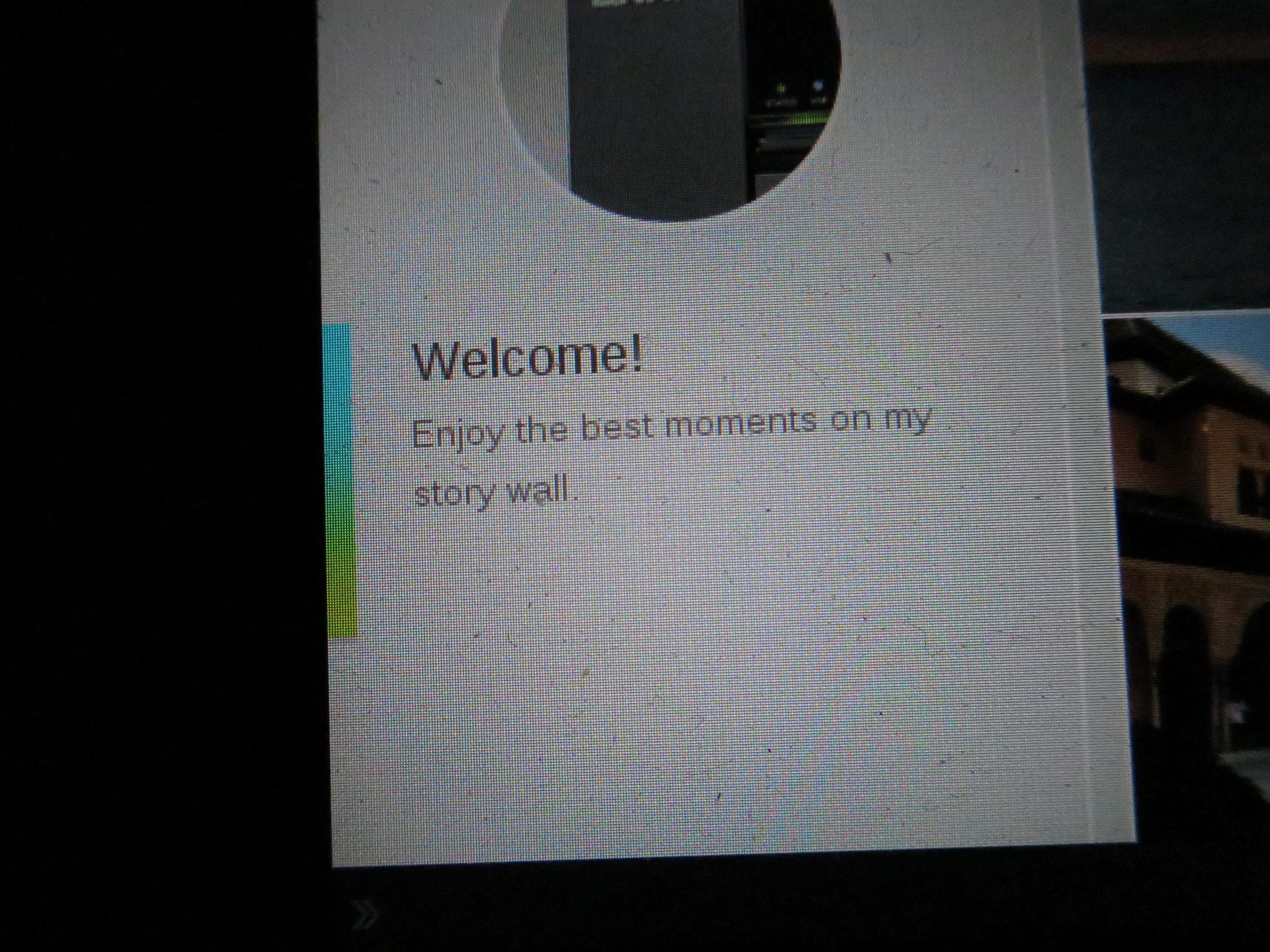 Anyway, once you get past the obnoxious bits, the interface isn’t that bad.  Configuring the NFS bits was easy enough, and guessing what the paths were going to end up like was easy enough.

And you can ssh to it.

So I started copying over the DVD files… 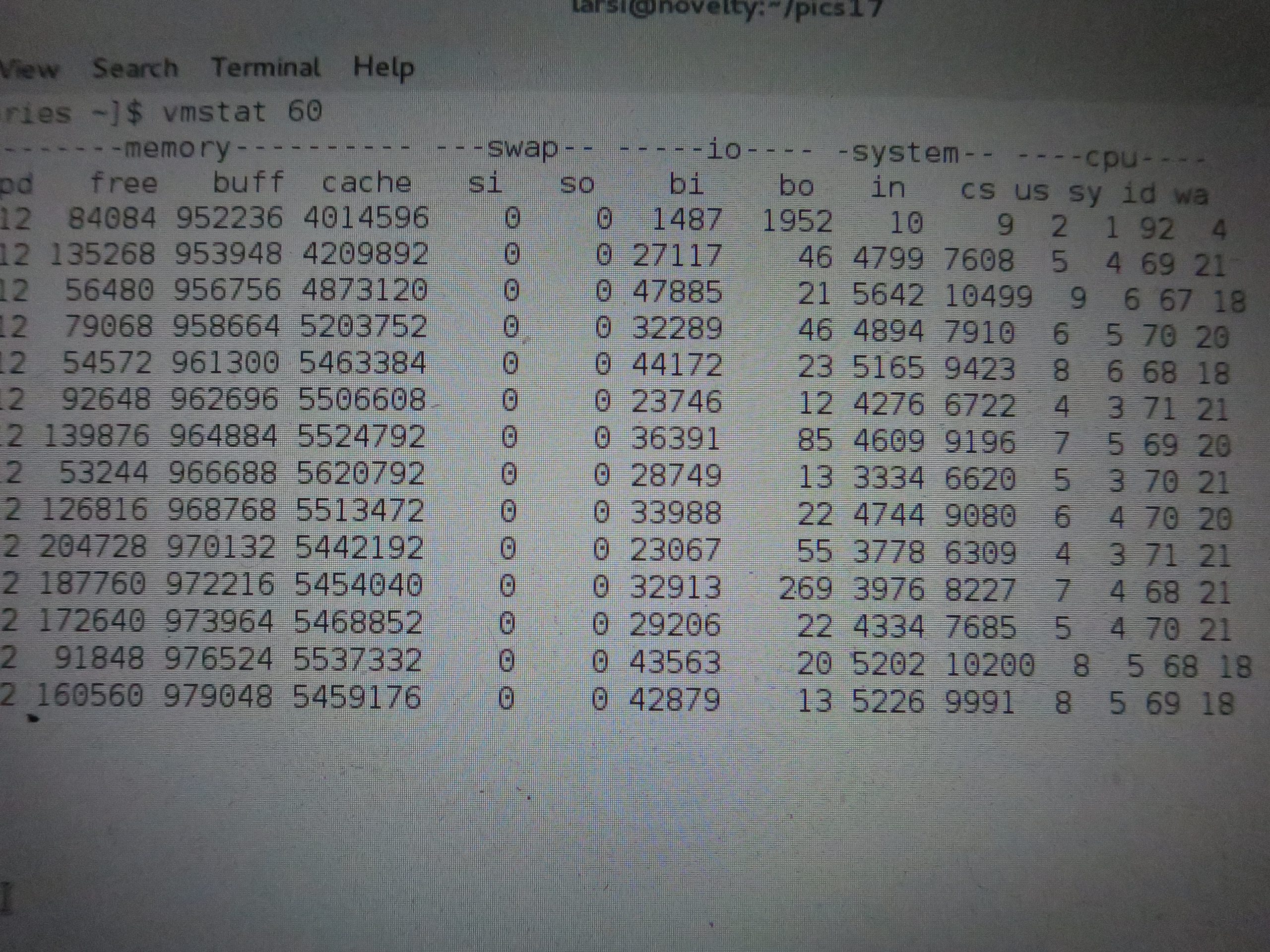 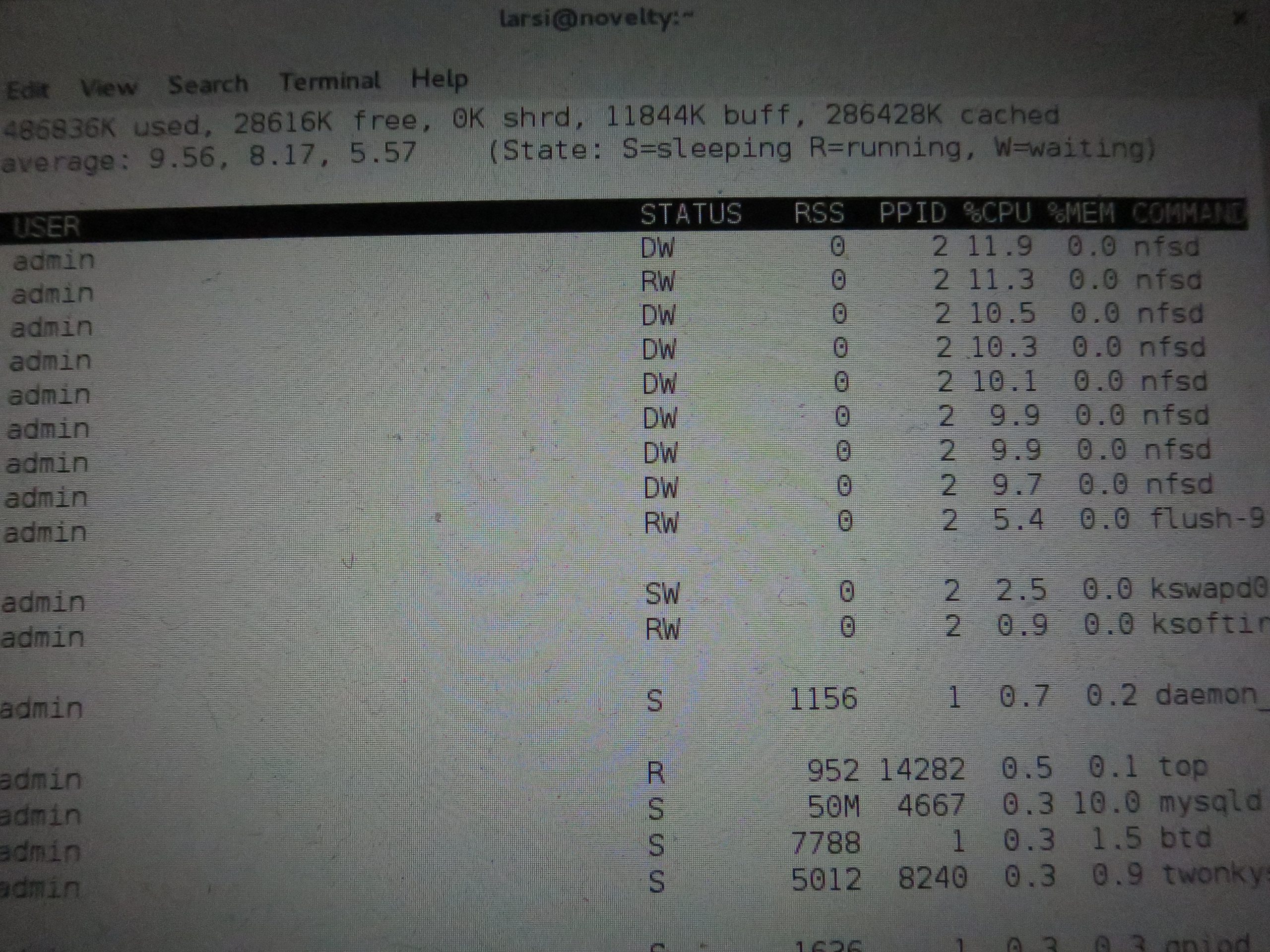 With a load of 8 when it’s working.

Like all consumer NAS things, it’s slow as molasses, and it probably works fine out of box if you put it into another box just where it expects to be.  If not, there’s going to be some head scratching to get it to work. 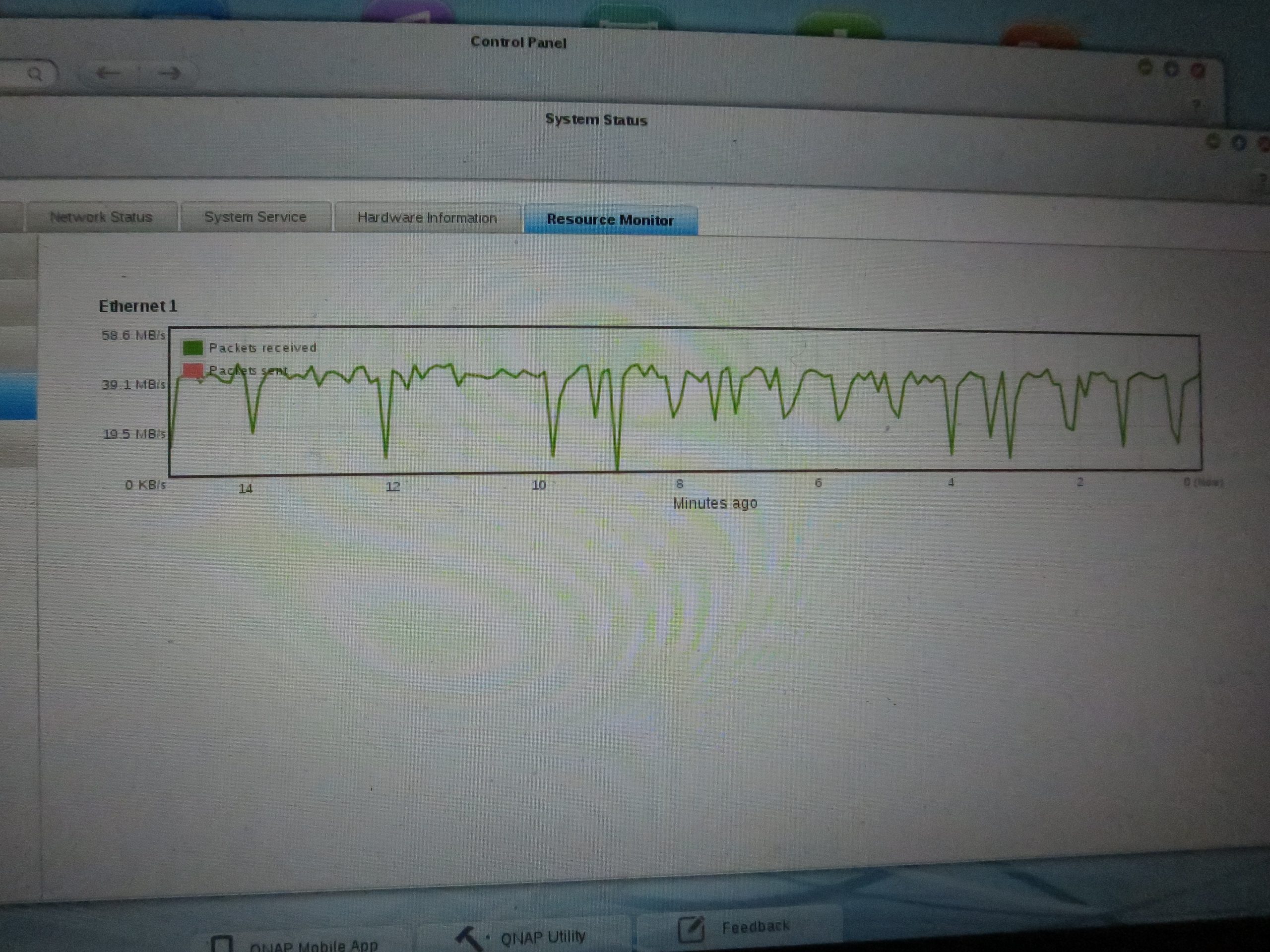 But the Qnap HS-210 seems better than many devices in this class.  It actually seems to, like, work, and that’s quite something in itself.

Well.  Sort of.  I just go this when rsyncing over to it:

I restarted the rsync, and it seems to be continuing.  Binging a bit seems to suggest that this may be because of network timeouts; i.e., that the NAS is just responding too slowly.  However, I’m not seeing any NFS timeout messages in the log on the client, which you’d expect…

Anyway, it’s a bit sad that I’ve put two disks that, natively, have a writing speed of about 120MB/s.  And I’m running the device in RAID0, so there’s no write amplification.  The theoretical write speed should be 240MB/s.  But it’s a 1Gbps network, which limits stuff a bit.

But a writing speed of one quarter of the wire speed is kinda depressing.  That’s what you get when you put an underpowered CPU into these things.

Oh, well. At least it doesn’t have a fan.