I’ve sort of stumbled into another CDO project that has even less utility than most of the other ones.

I’ve been ripping DVD and BluRay films with makemkv before viewing, because 1) mplayer under Linux doesn’t really do BluRay, and 2) mplayer fails to play an ever increasing number of DVDs.  The joys of Digital Rights Management.

And it’s nice to take movies with me when going on holidays.

So I’ve been ripping, viewing and deleting.

But a few weeks back I started thinking that perhaps I shouldn’t delete after viewing.  I may not want to watch the films again anytime soon, but some of them I wanted to listen to the commentary tracks on (for instance, on John Walter movies), or see some of the extras on.  So I kinda have unseen movies, partially seen stuff, and totally seen stuff.

And it would be nice to list movies by genre or director or seen-ness.  It just appeals to me.

So I rewrote movie.el a bit and bought a couple of 6TB WD Green disks in USB3 enclosures.

That was not a wise choice.  When the disks spin down, something along the way freaks out when trying to write to a disk.  Either the USB3 enclosure or the Linux USB layer thinks the disk is dead and kicks it off the system.  Which means unmounting, switching the disk off and then on again, and then remounting.

So that’s a no go.  Besides, I kinda underestimated the size of BluRay films.  Normal ones are about 35GB.  Major sci-fi ones usually comes in 3D and 2D versions, each taking up to 50GB, and with extras and stuff it can come to over 150GB.  A 6TB disk really doesn’t seem that big any more.

It seems like the rule is: The current generation of optical media is always too impractical to store without further compression.  It all started with CDs.  We ripped and converted to too compressed mp3s.  Then a few years later the hard disks grew and we went to lossless.  Then people started ripping DVDs, transcoding and compressing the hell out of the data.  Then disks grew and we’re now ripping lossless.  Then BluRay arrived…

Anyway…  this a project of dubious utility, and seems totally unpractical.  So abandon it?  No!  Double down!

I bought a pair of 6TB WD Red disks and RAID0’d them in a JBOD USB3 enclosure.  Yee-haa!  And then I’m going to keep an rsync mirror somewhere with another one of those.

I wrote up a tiny Emacs library to query imdb for movie details.

I got an USB3 BluRay player to see whether it’s faster than the USB2 one, and it’s not.  But 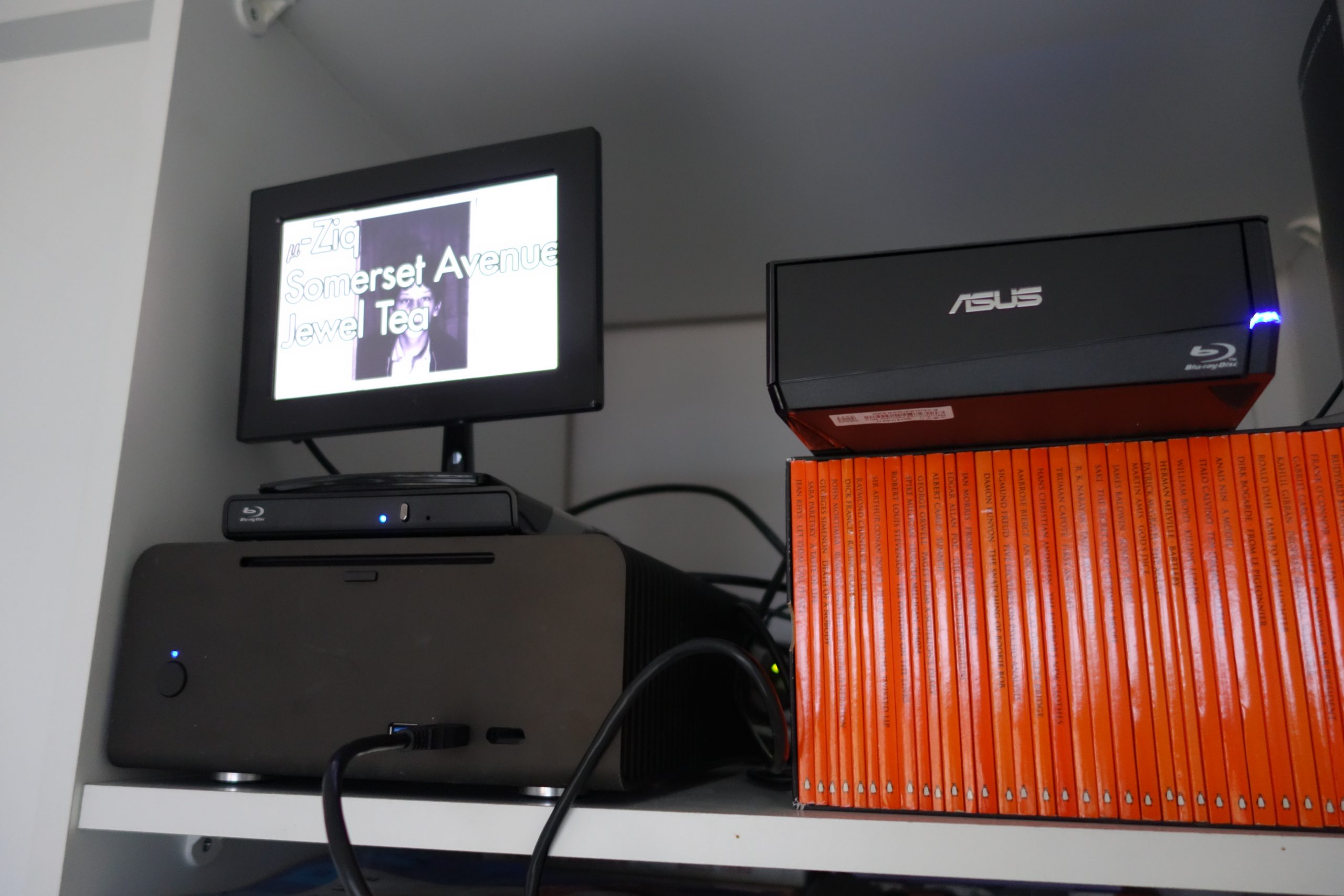 I can rip two disks in parallel now, so that helps a lot.  I can’t really use the internal one, because it doesn’t let the region code be changed, and I haven’t really bought DVDs based on region.

Just because something is impractical and useless doesn’t mean that it’s not worth doing.